Our neighbours took Linnea out a while ago, to this sushi restaurant not very far from here, in Masdar City. Actually, the sushi restaurant probably wasn't the biggest hit with Linnea, it was the trip to, and in, Masdar City that blew her away. Ever since, she's been asking to go back, so yesterday we did a little lunch excursion there, and Linnea led the way.

Masdar City is a very special part of Abu Dhabi. It is the largest arcology-style project under current development in the world. It is projected to house between 45,000 and 50,000 inhabitants, and to have a sustainable, zero-waste, ecology. The core is a planned city, which relies on solar energy and other renewable energy sources.
Here you can see the street lights as we were driving in, all solar powered: 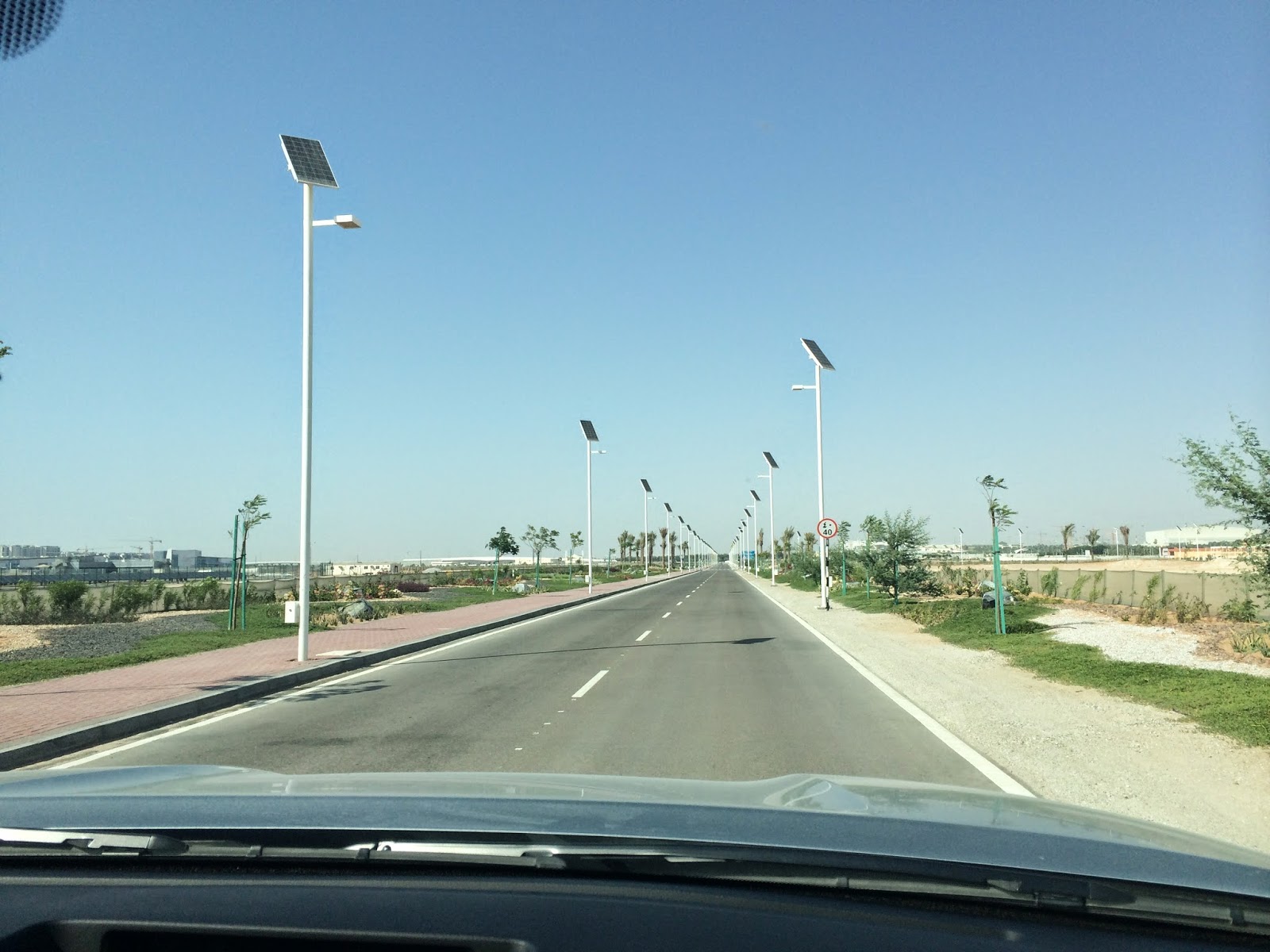 To get around Masdar City, you use this "PRT" (Personal Rapid Transit) system. The PRT is a type of automated transit, with small automated vehicles operating on a network of especially built guide ways. A bit like the transport system in the animated movie "The Incredibles", without the rails! :) 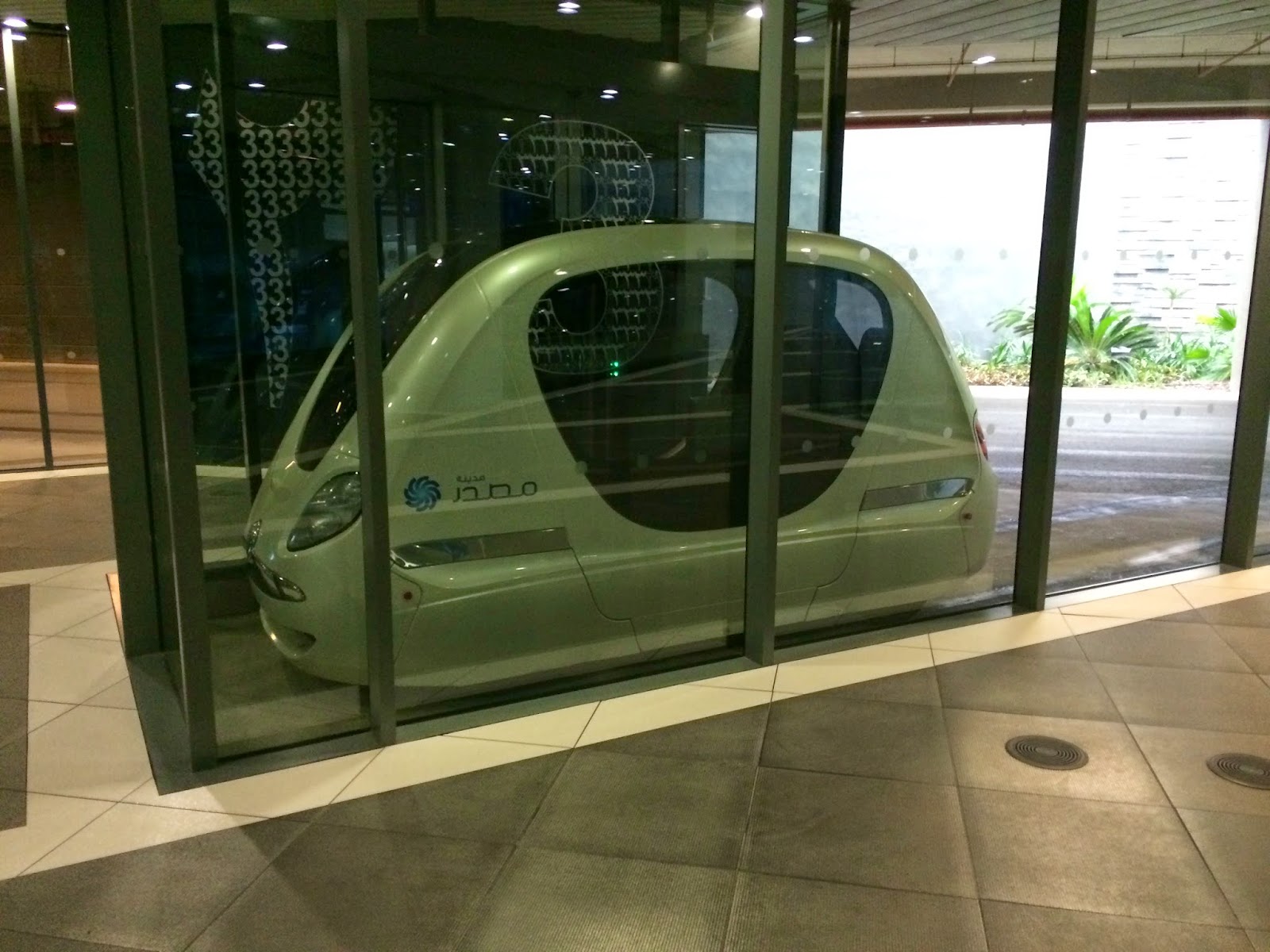 It was very cool, you just sit in, and push on the screen where you want to go. No driver, no rails, no nothing! 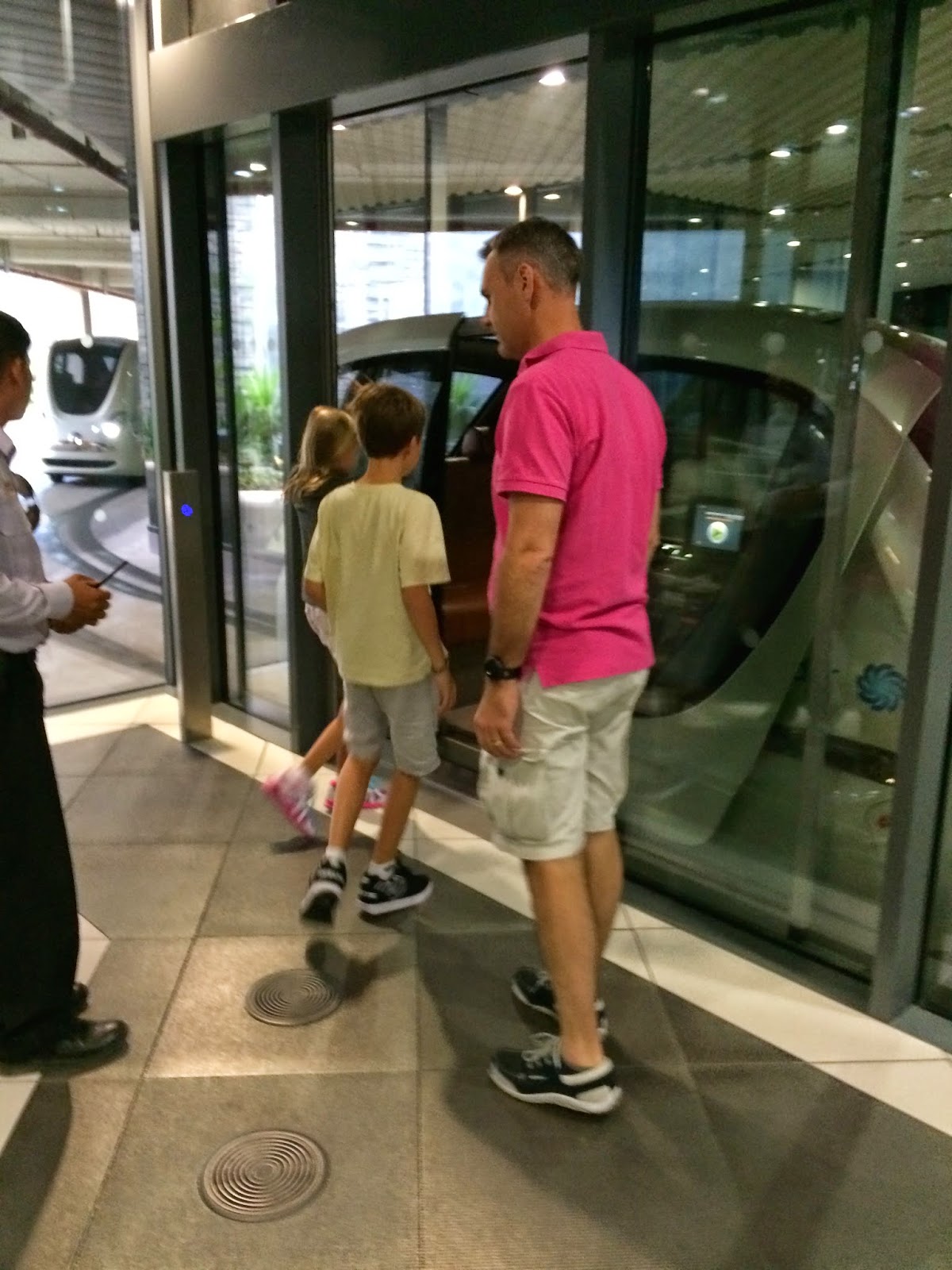 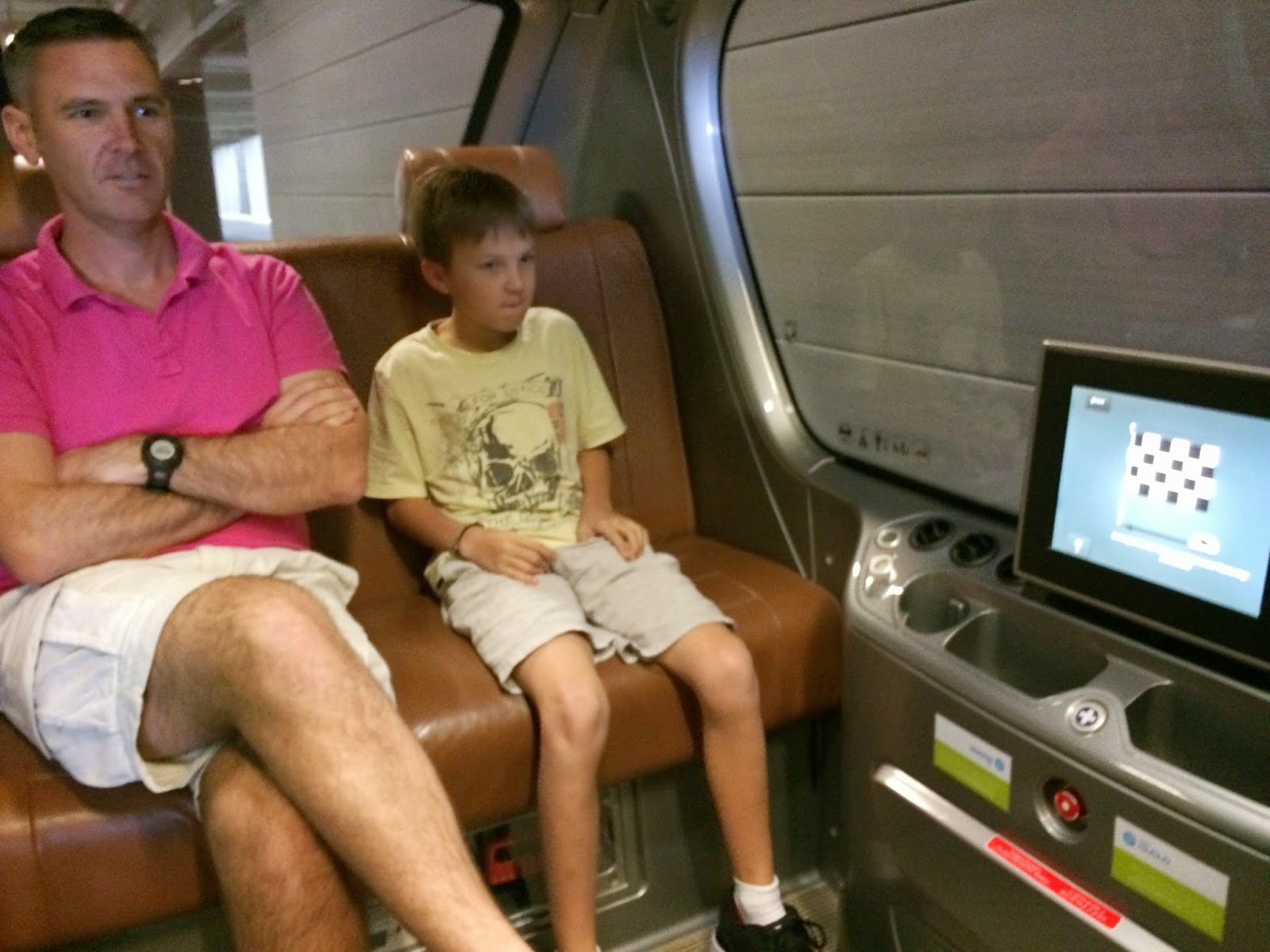 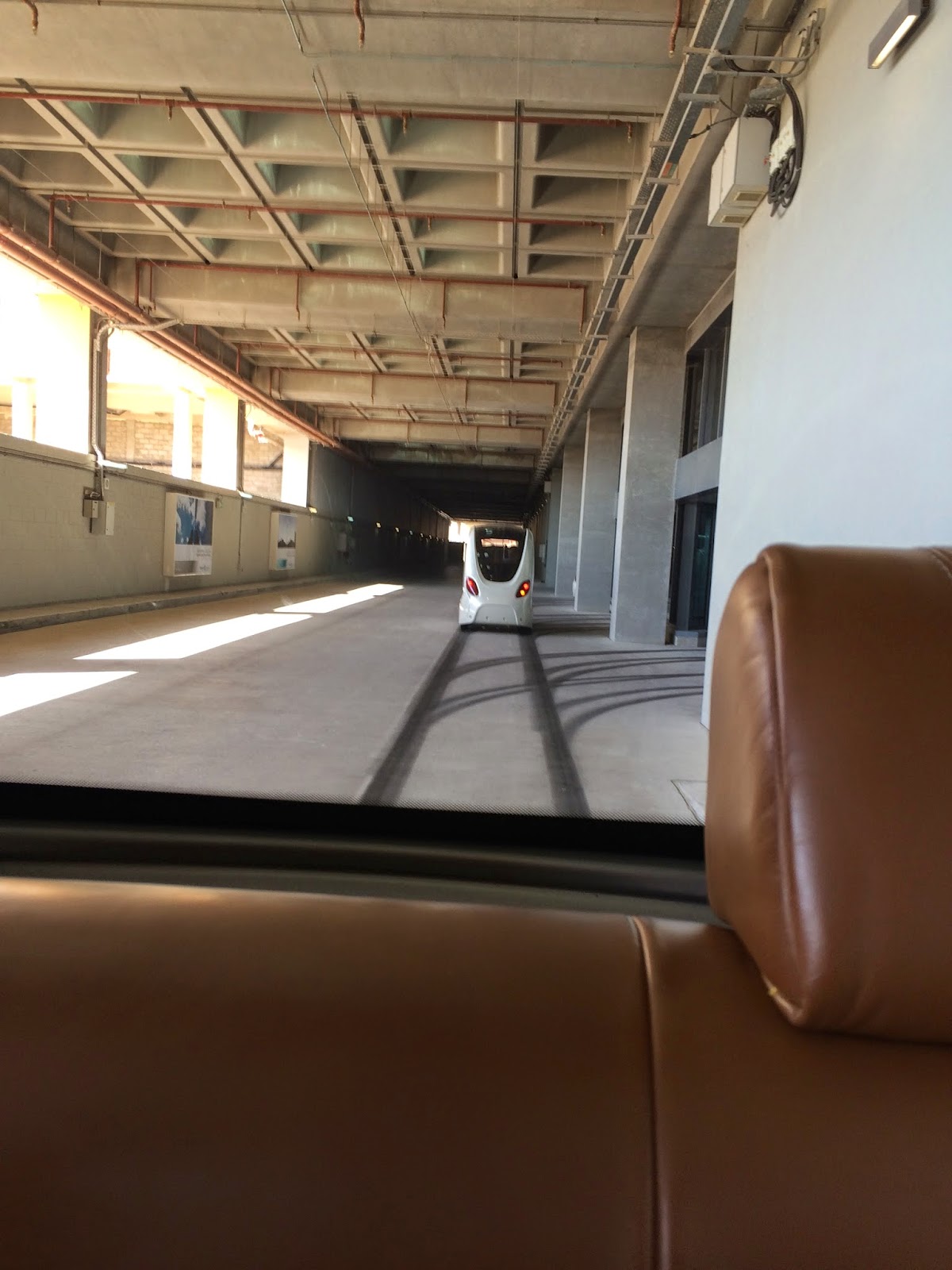 There are only three operational PRT systems in the world: the worlds oldest and most extensive PRT system is in Morgantown, West Virginia; there is a 21-vehicle Ultra PRT system at the London Heathrow Airport and then the one here in Masdar City.
Unfortunately the expansion of the Masdar system was cancelled just after the pilot scheme opened, due to the cost of creating the undercroft. The plan is to instead use a mix of electric vehicles and other clean-energy vehicles for mass transit inside the city. 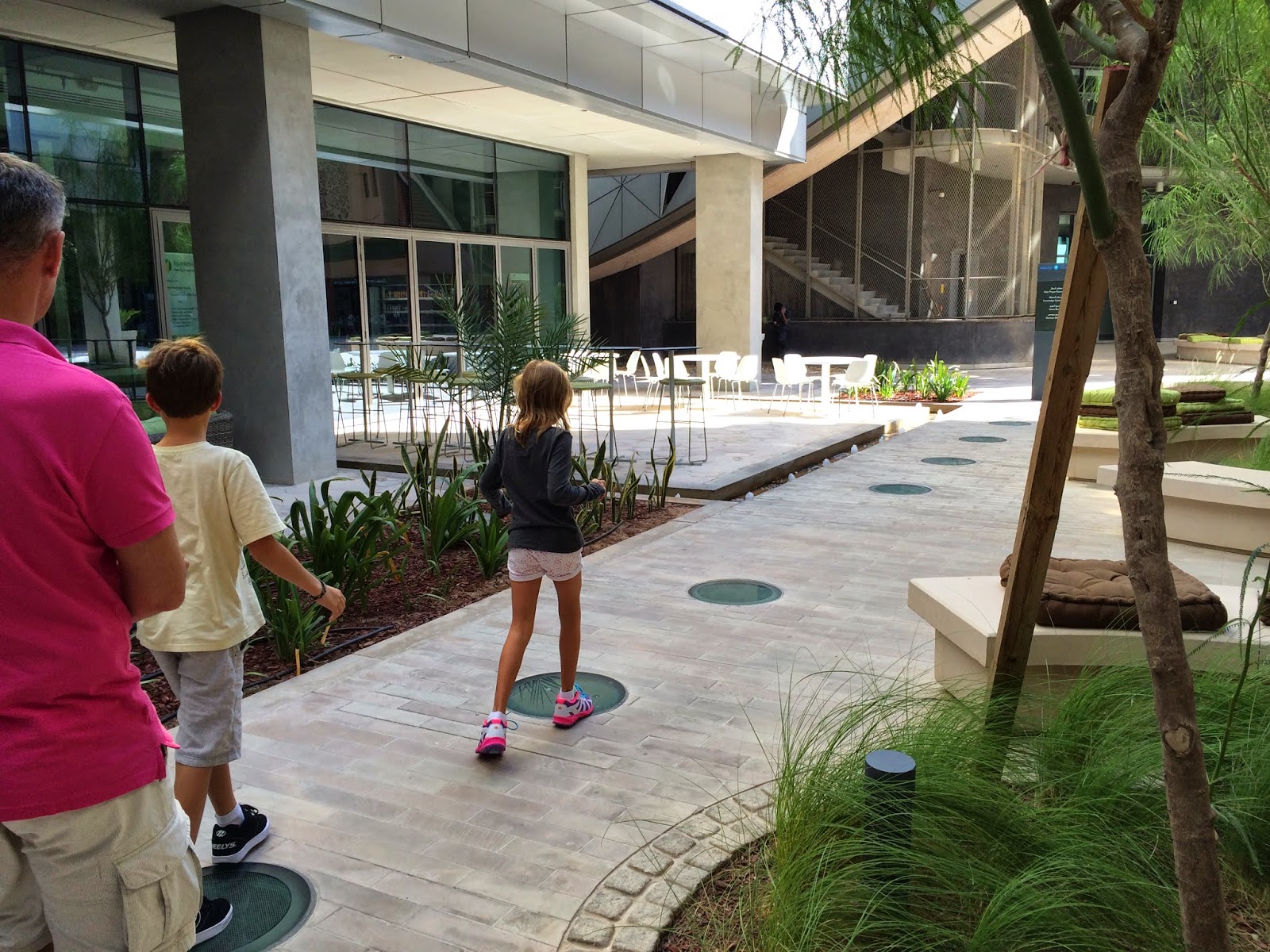 Masdar is a mixed-use development designed to be very friendly to pedestrians and cyclists. The buildings are clustered close together in order to create streets and walkways shielded from the sun; which means that the temperature on Masdar's streets is generally 15 to 20 degrees cooler than the surrounding desert, due to this unique construction. 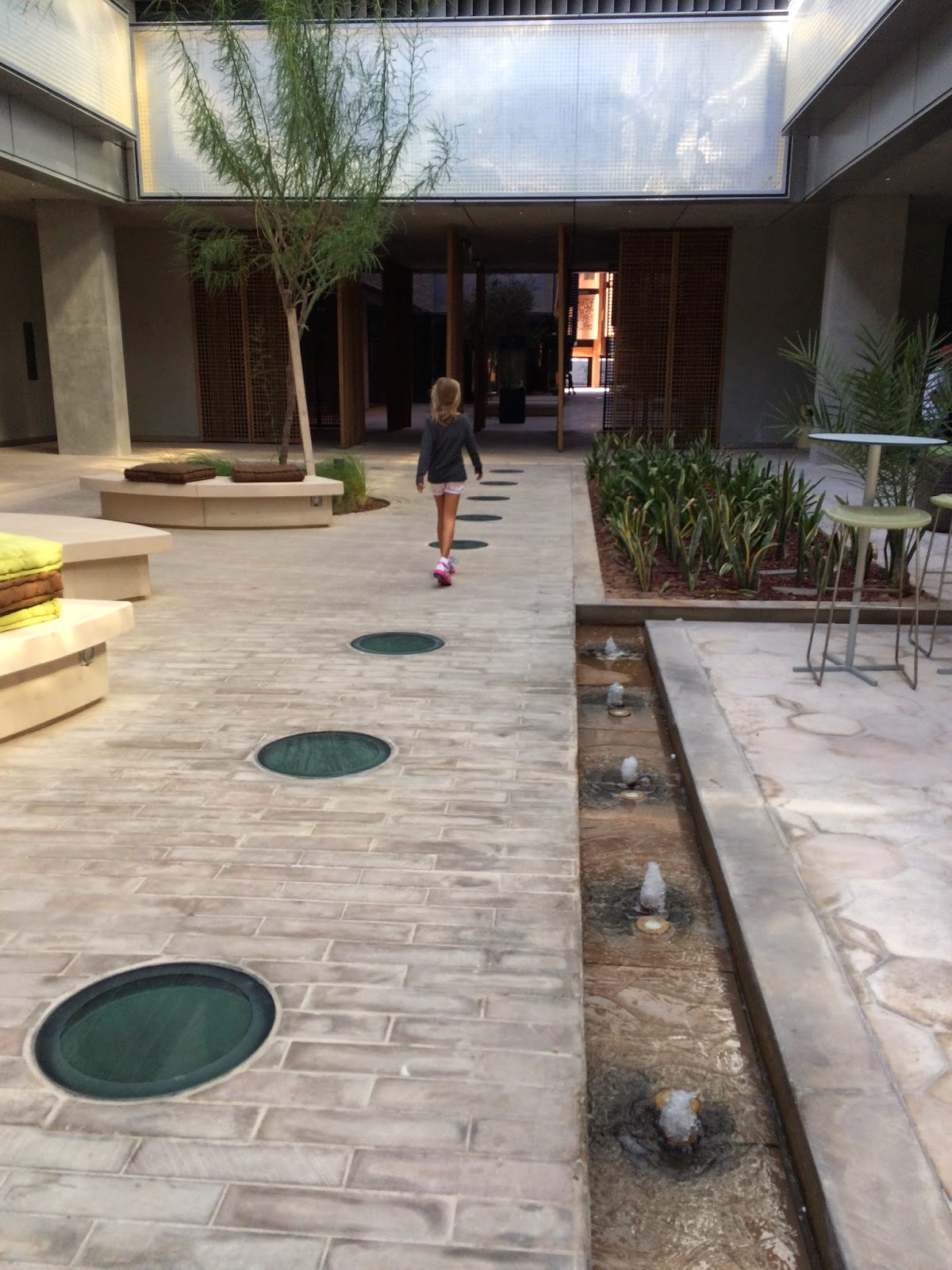 This 45-meter high wind tower sucks air from above and pushes a cool breeze through the streets. Also the whole site is raised above the surrounding land in order to create a slight cooling effect. 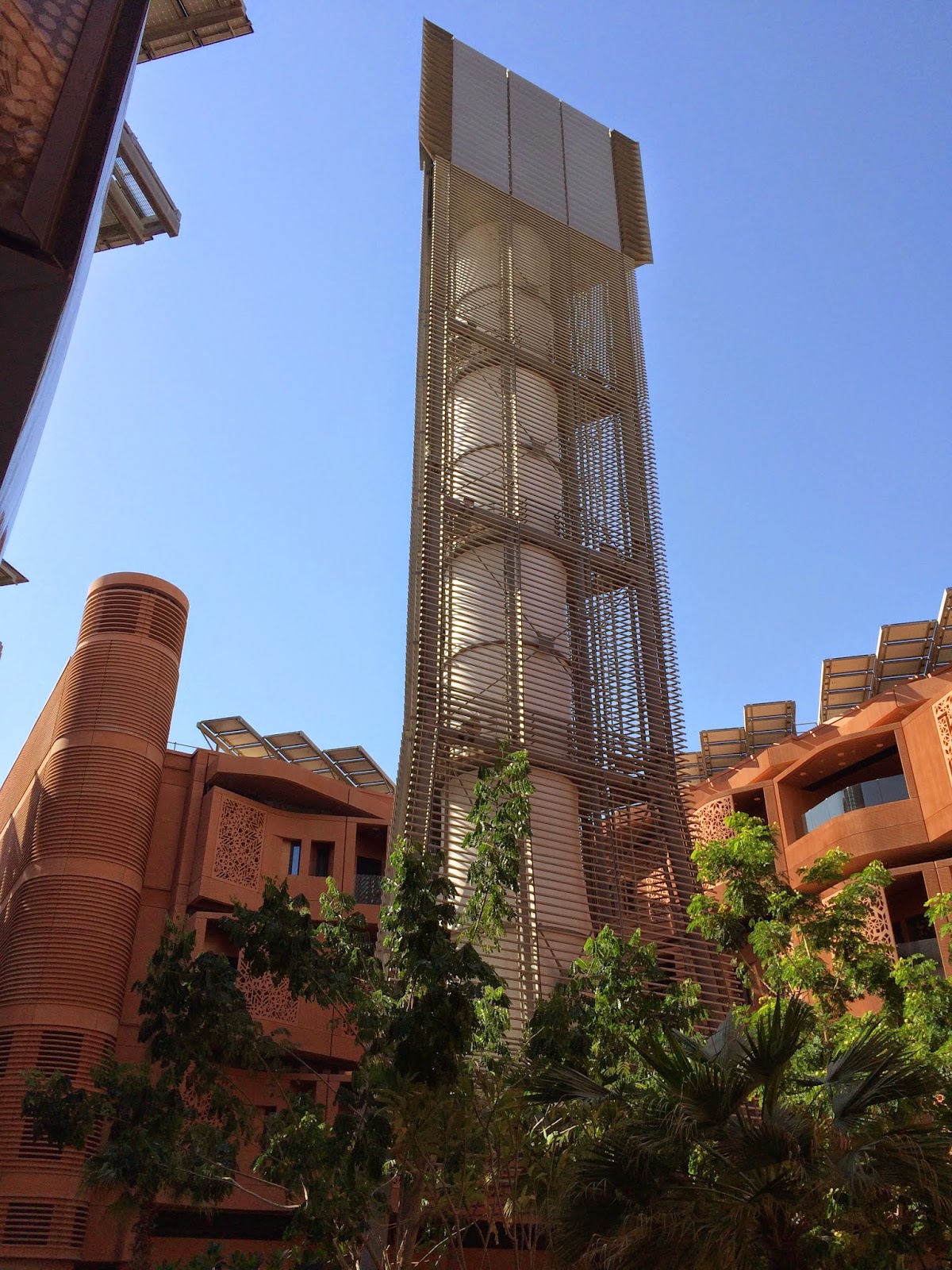 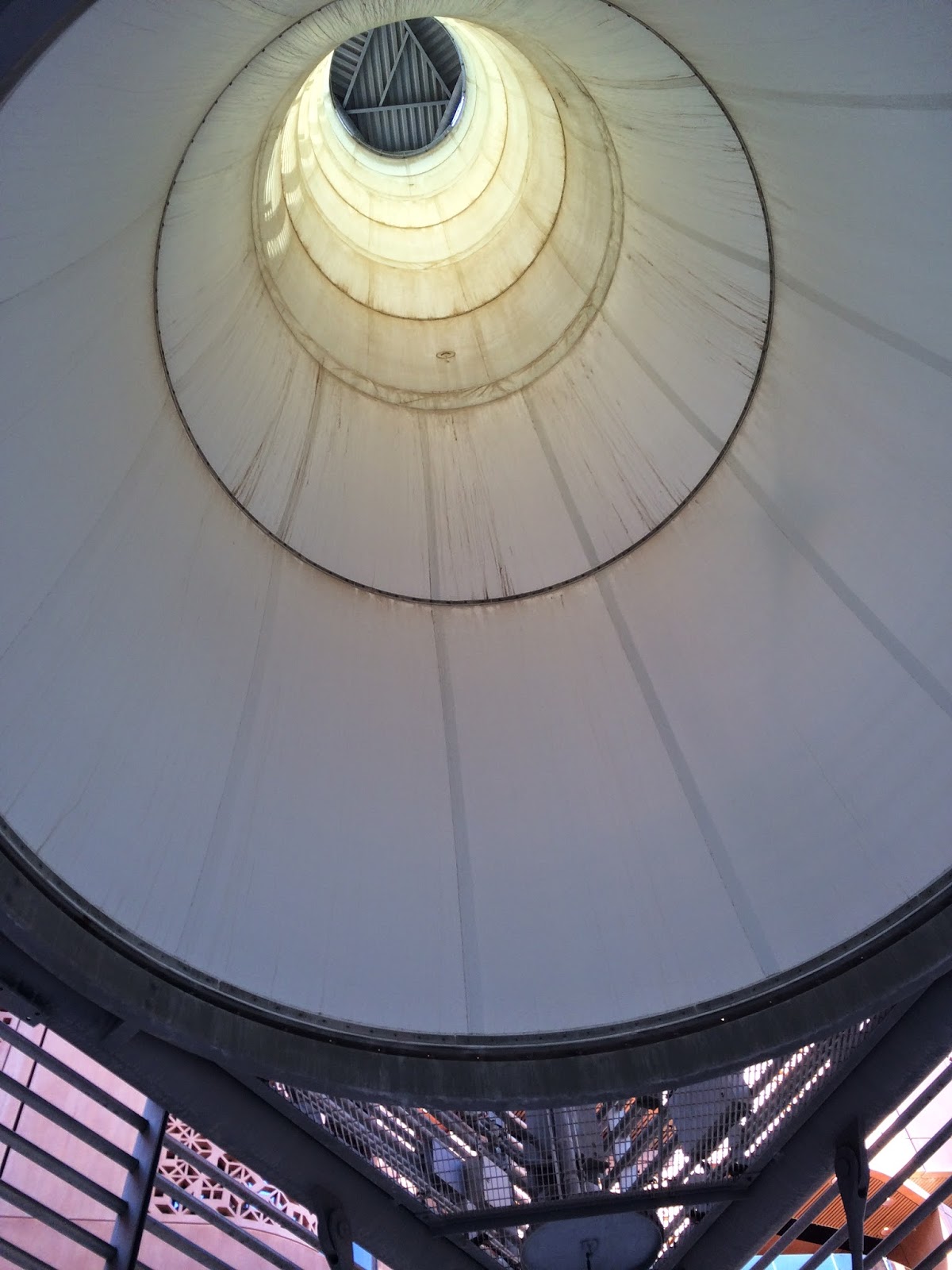 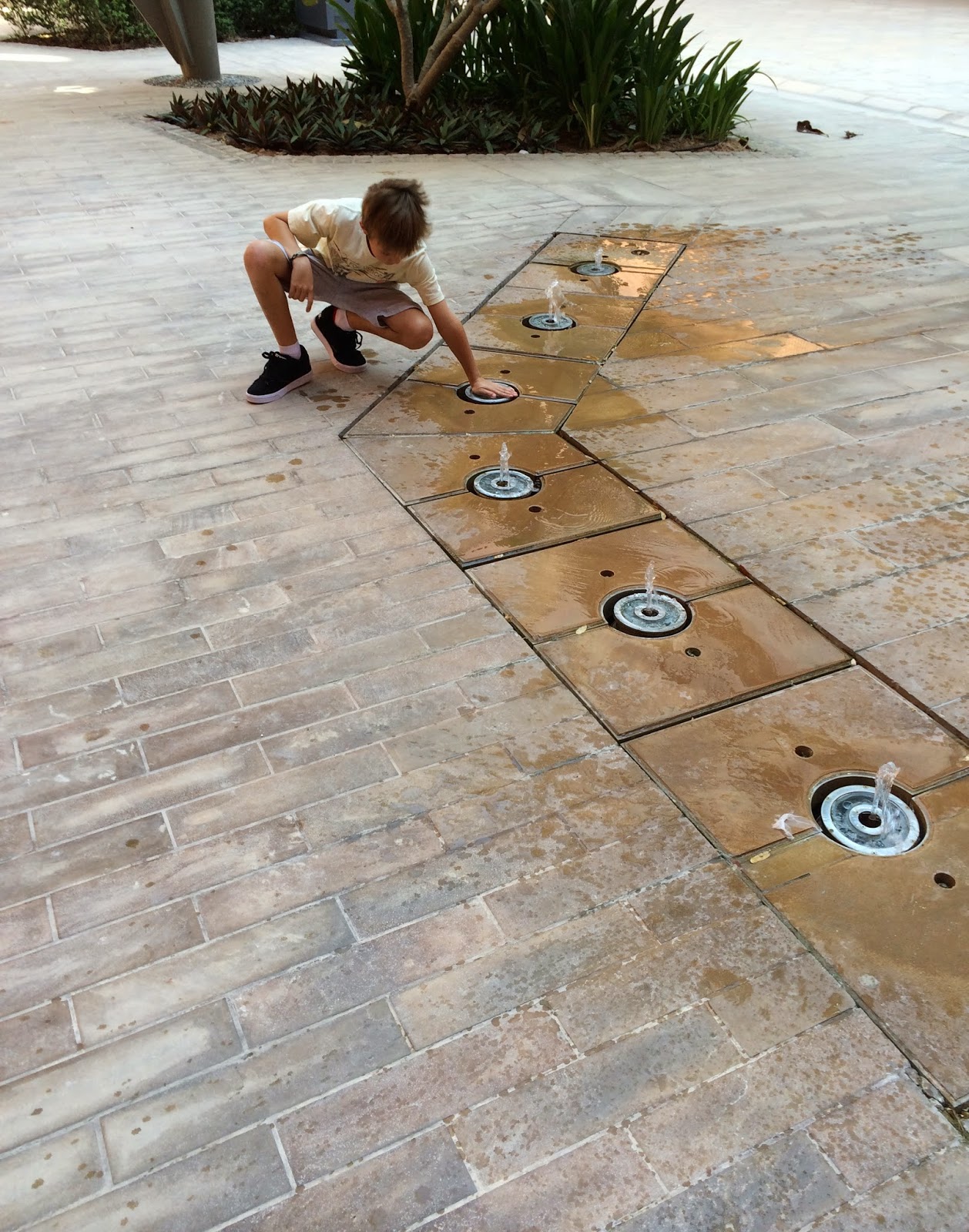 I tried a new drink, a ginger-mint combo. Mmm! Zinga-zangtastic! 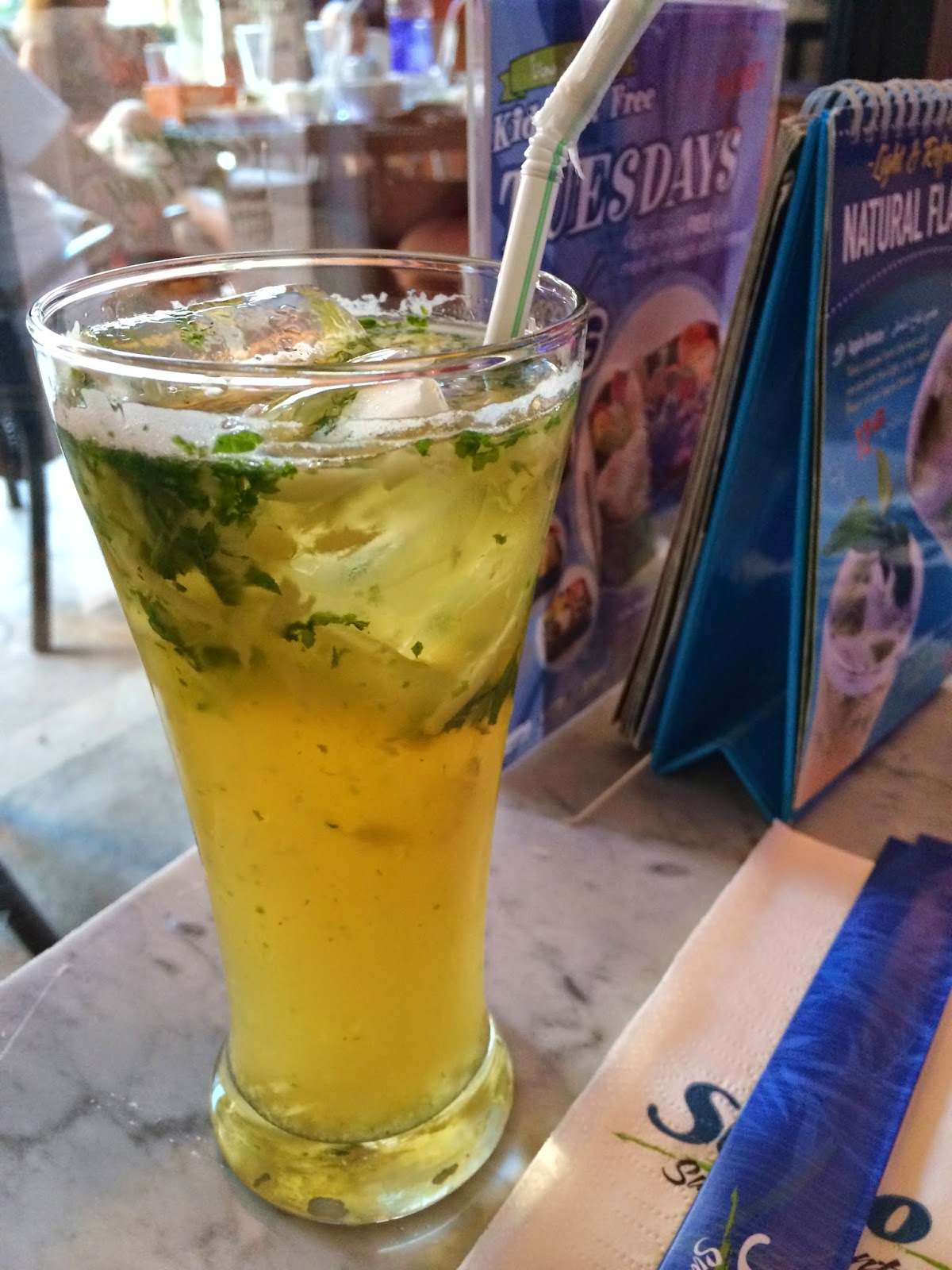 Sushi was good too, yum, had been a while. I don't think we will be going for sushi as regularly as in Brunei though, it wasn't quite Brunei prices... 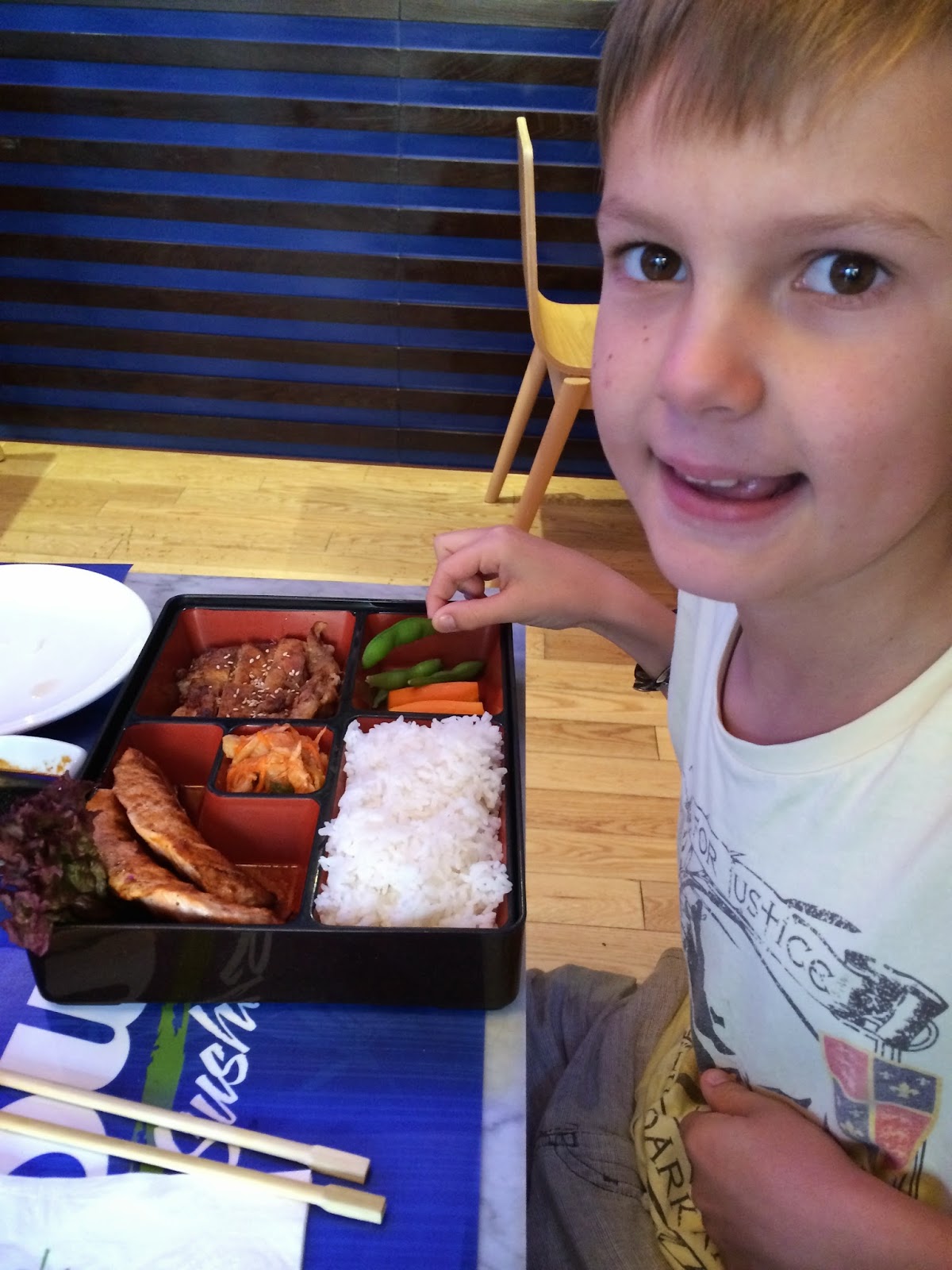 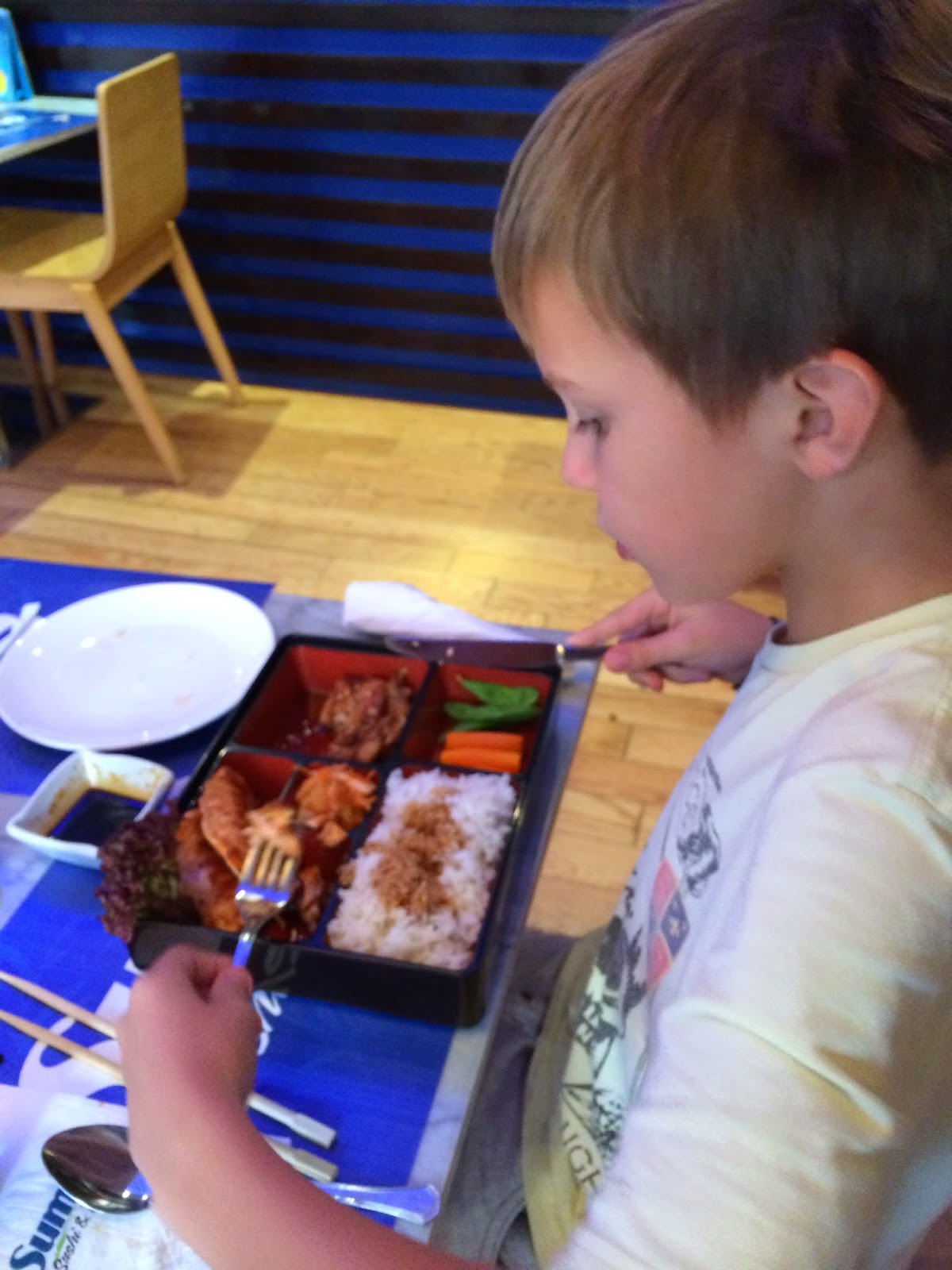 Then back to the car park again, on the cool PRTs! 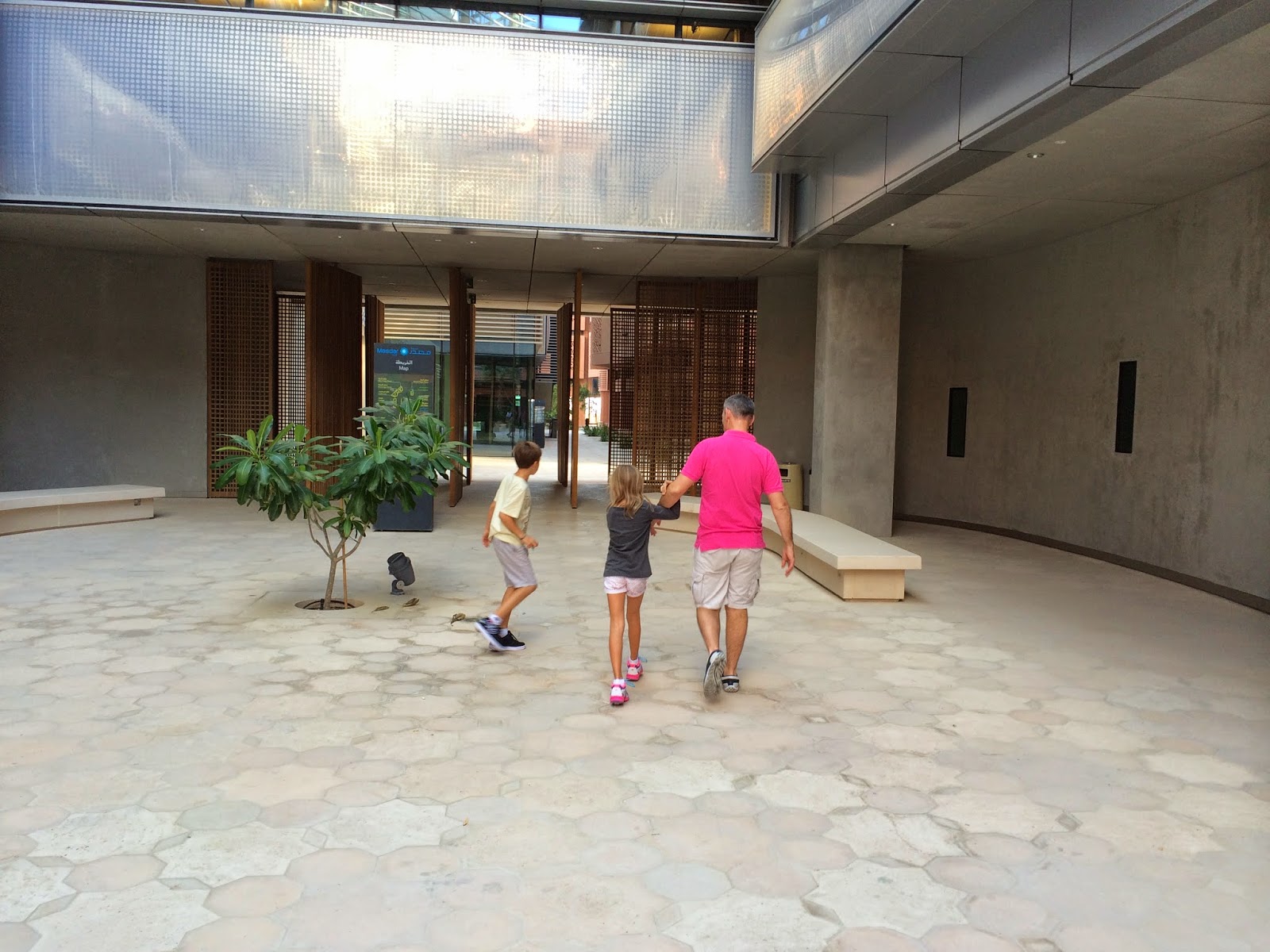 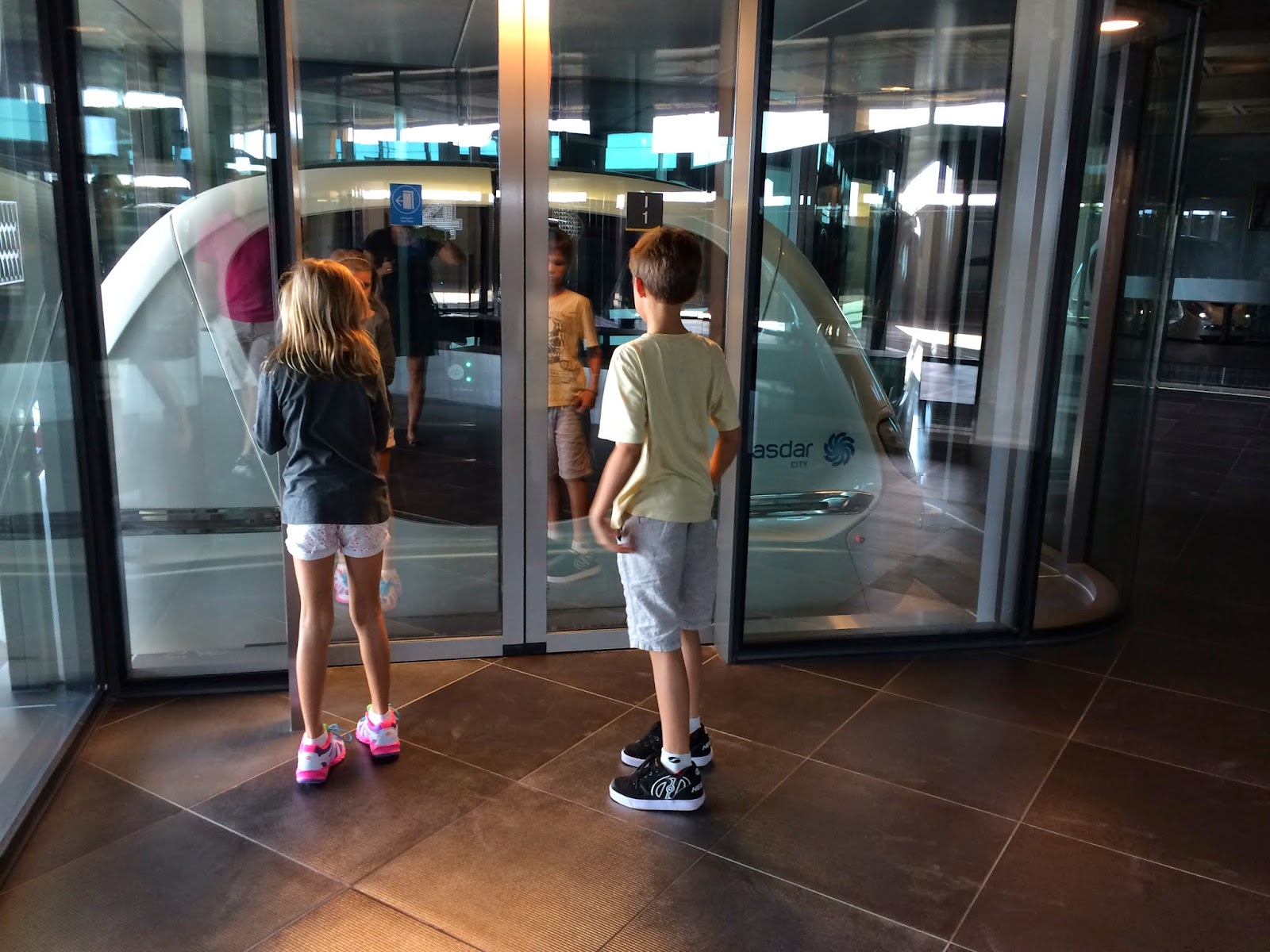 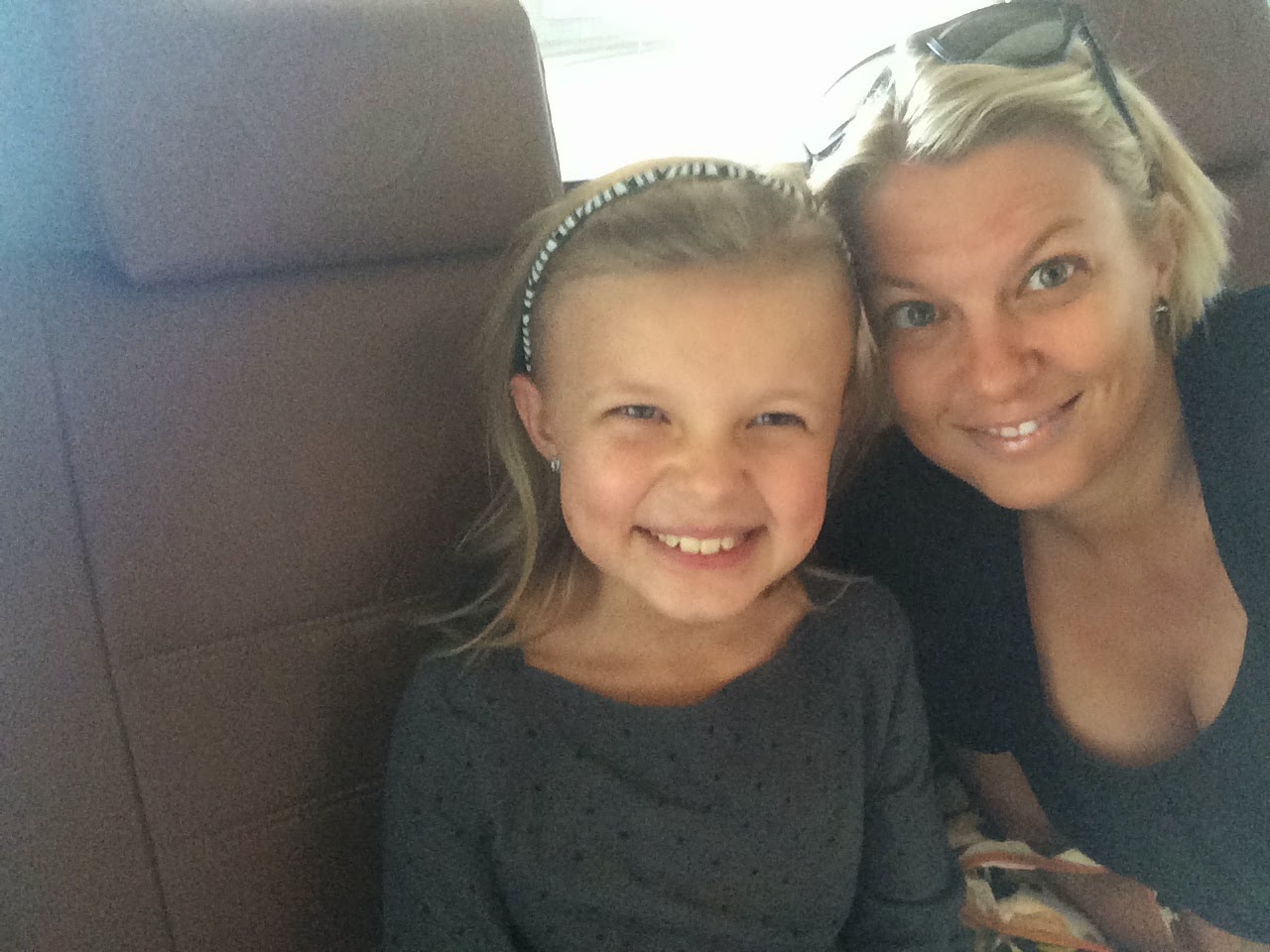