One of the biggest tourist attractions we have here in Abu Dhabi, is Ferrari World - the largest indoor amusement park in the world! As Thomas was only here for a very short two-day stay, he got to decide what to to with his time, and he wanted to go to Ferrari World. So we did, of course! 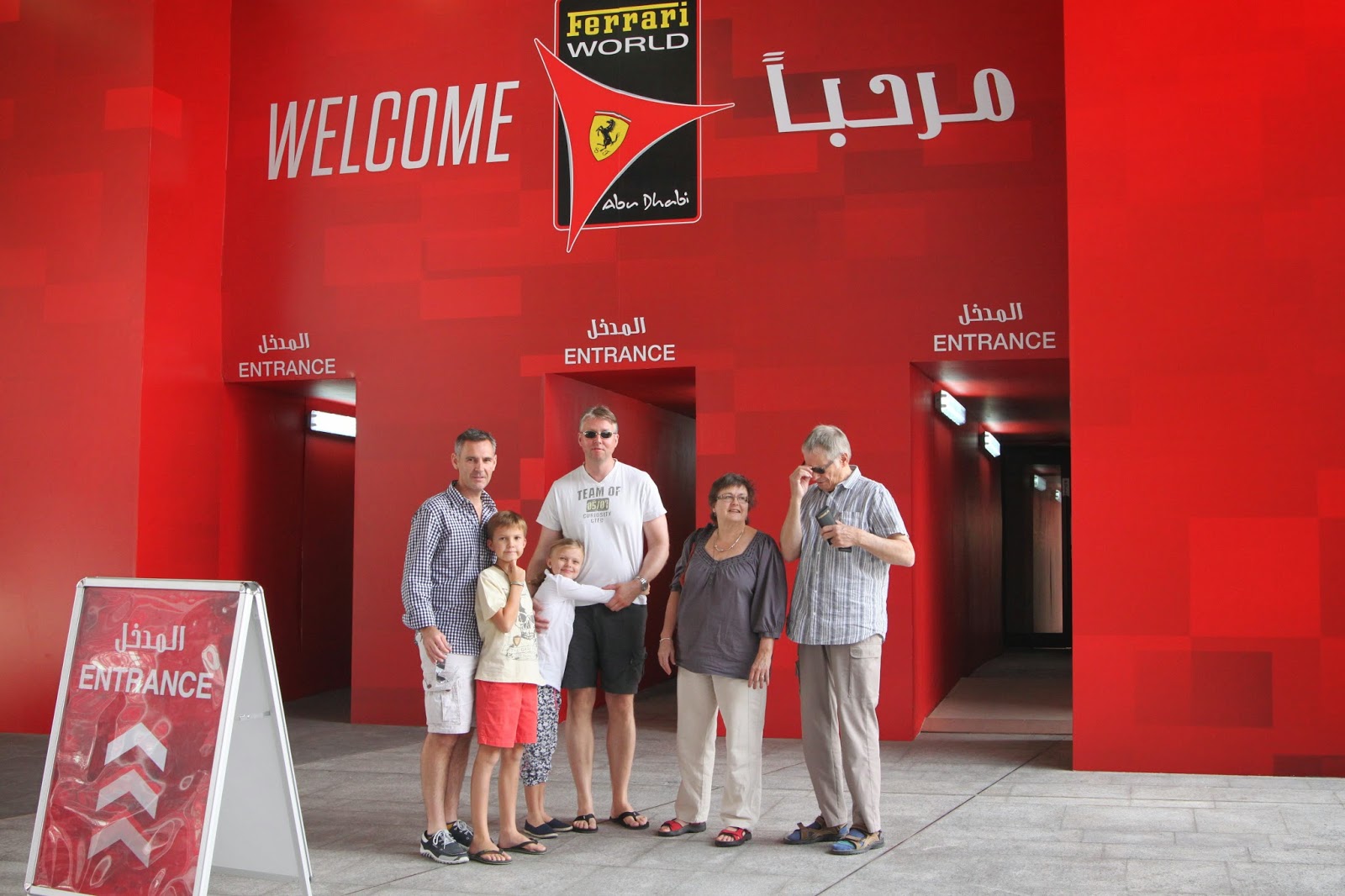 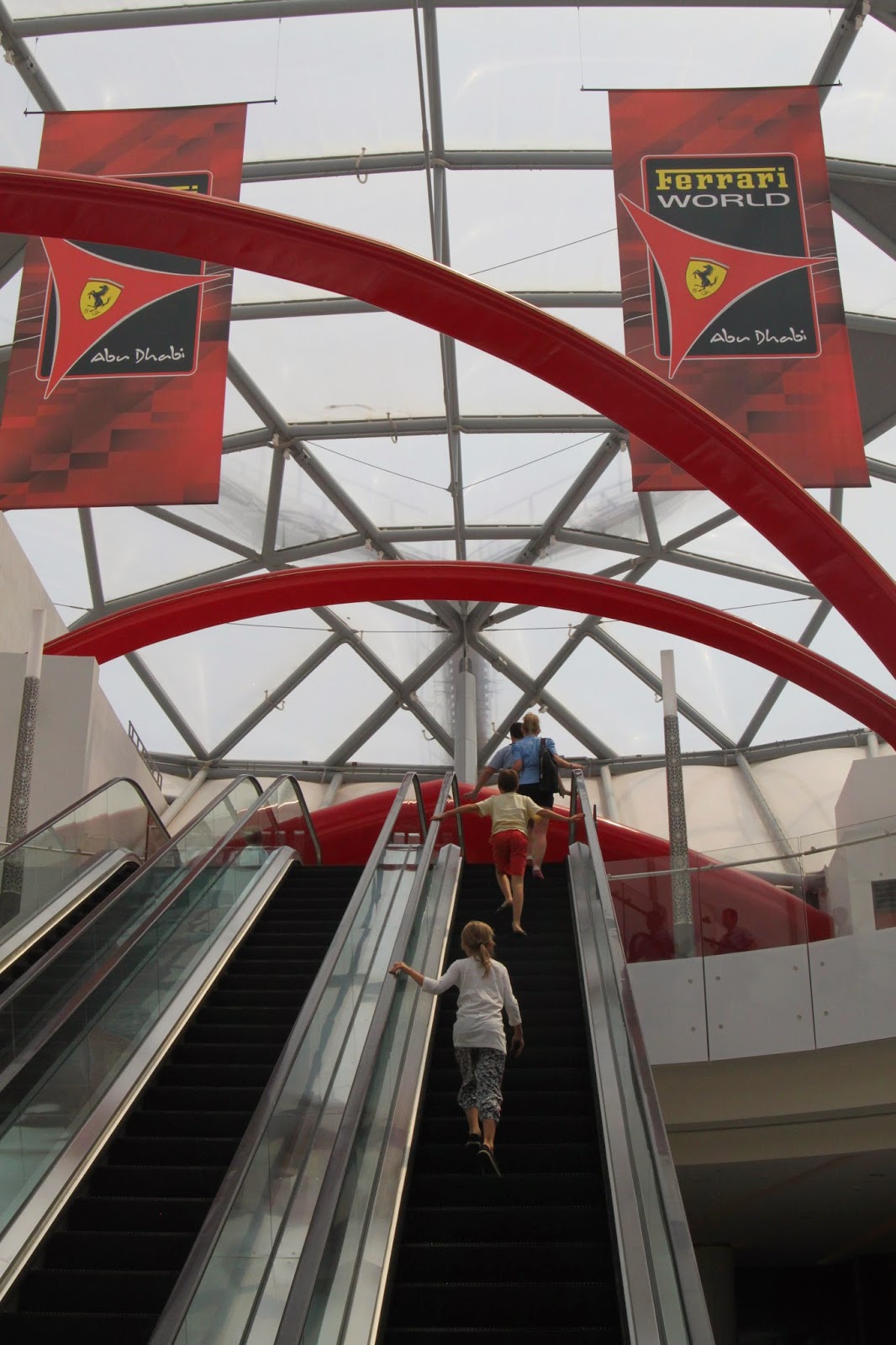 Obviously, the building that houses Ferrari World, is HUGE. The Ferrari logo on top of the roof of the building measures 65 m x 48.5 m, which makes it the largest Ferrari logo ever created!
On the inside, everything is... mostly red! 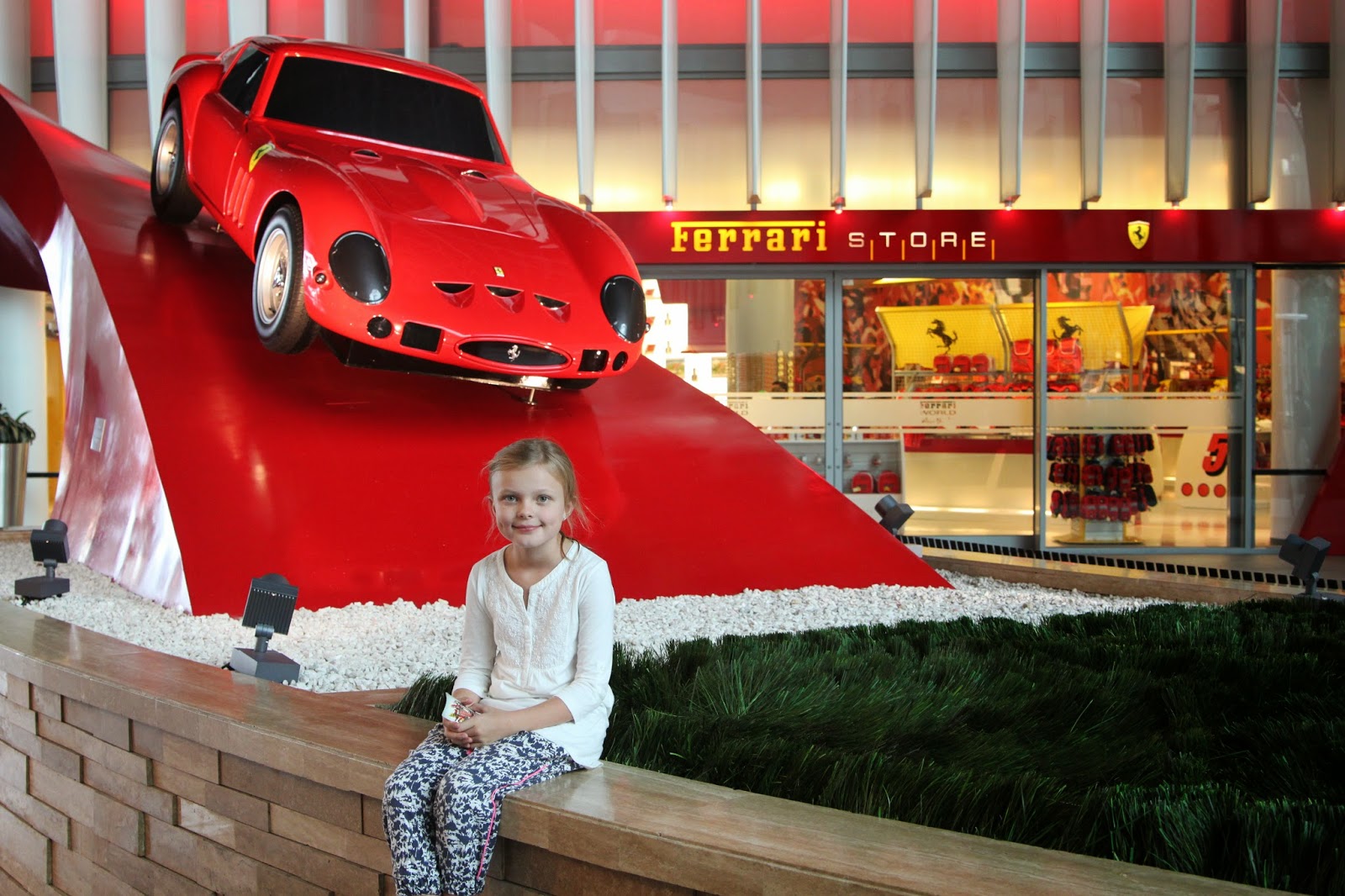 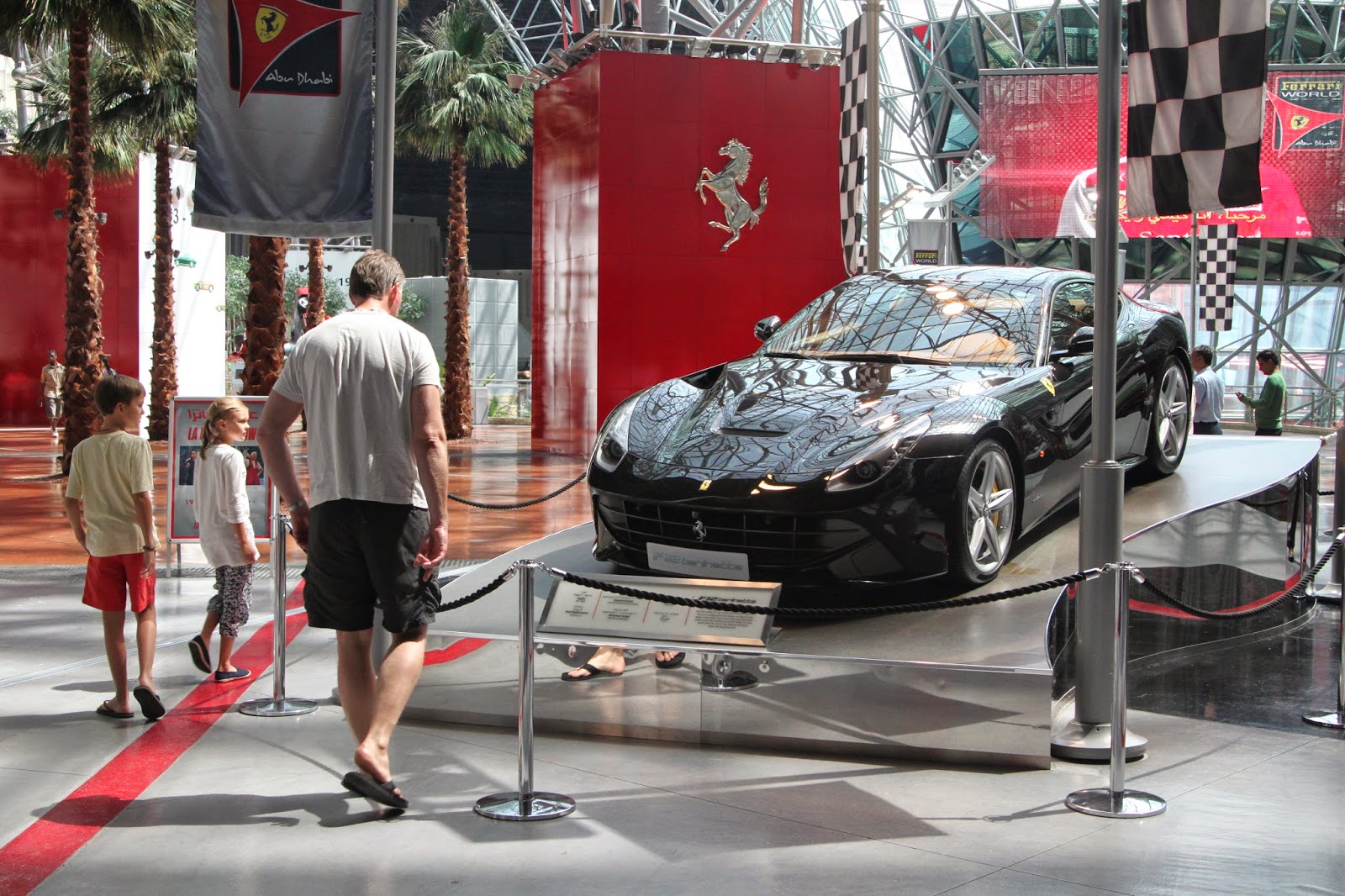 Ferrari World is not just a park full of tummy-tickling rides, that's just one part of this theme park. It's also quite an educational park with some more exhibit-like parts. Here we are in "Galleria Ferrari", with an ultimate display of Ferrari cars, both big and small: 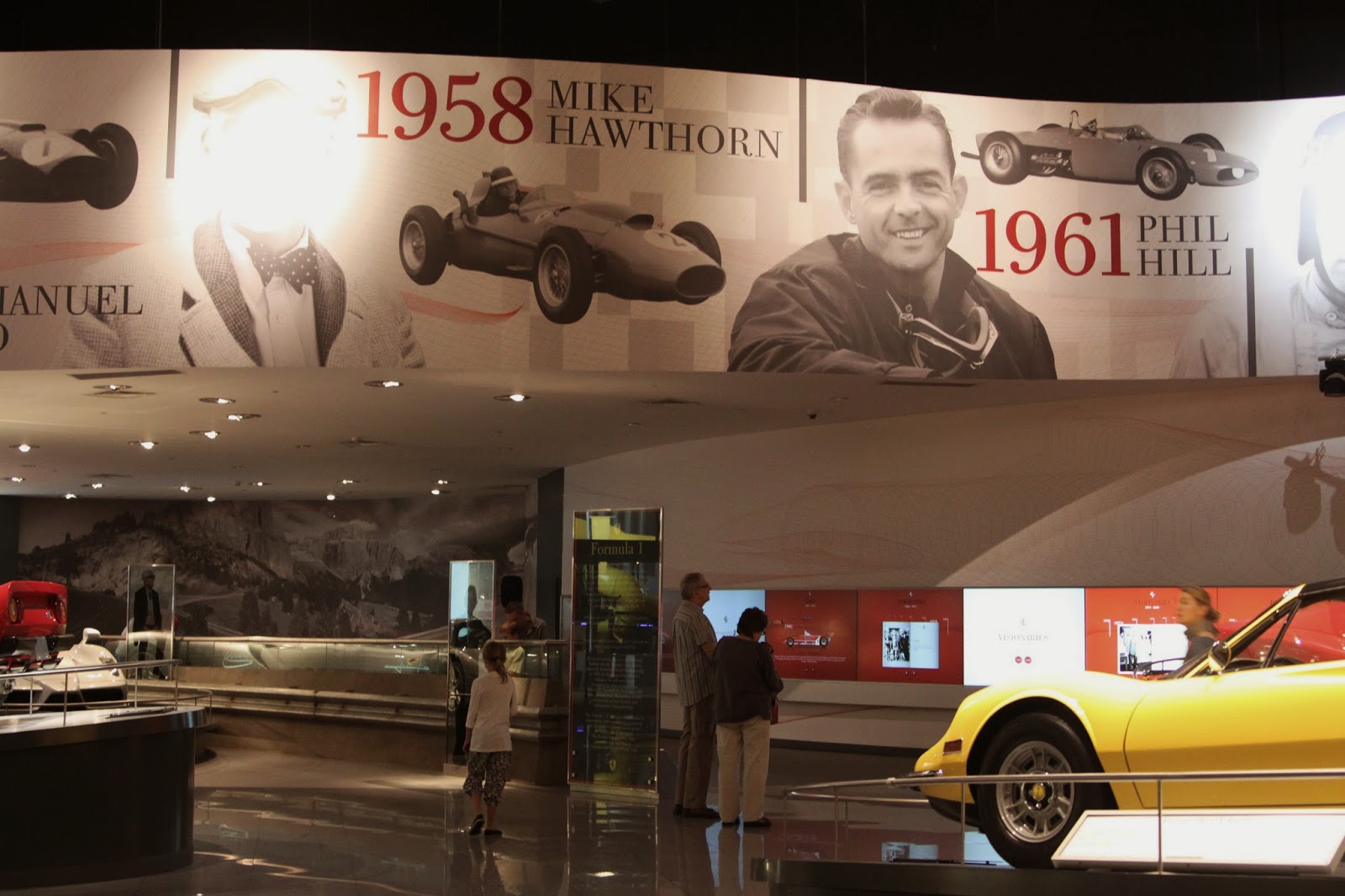 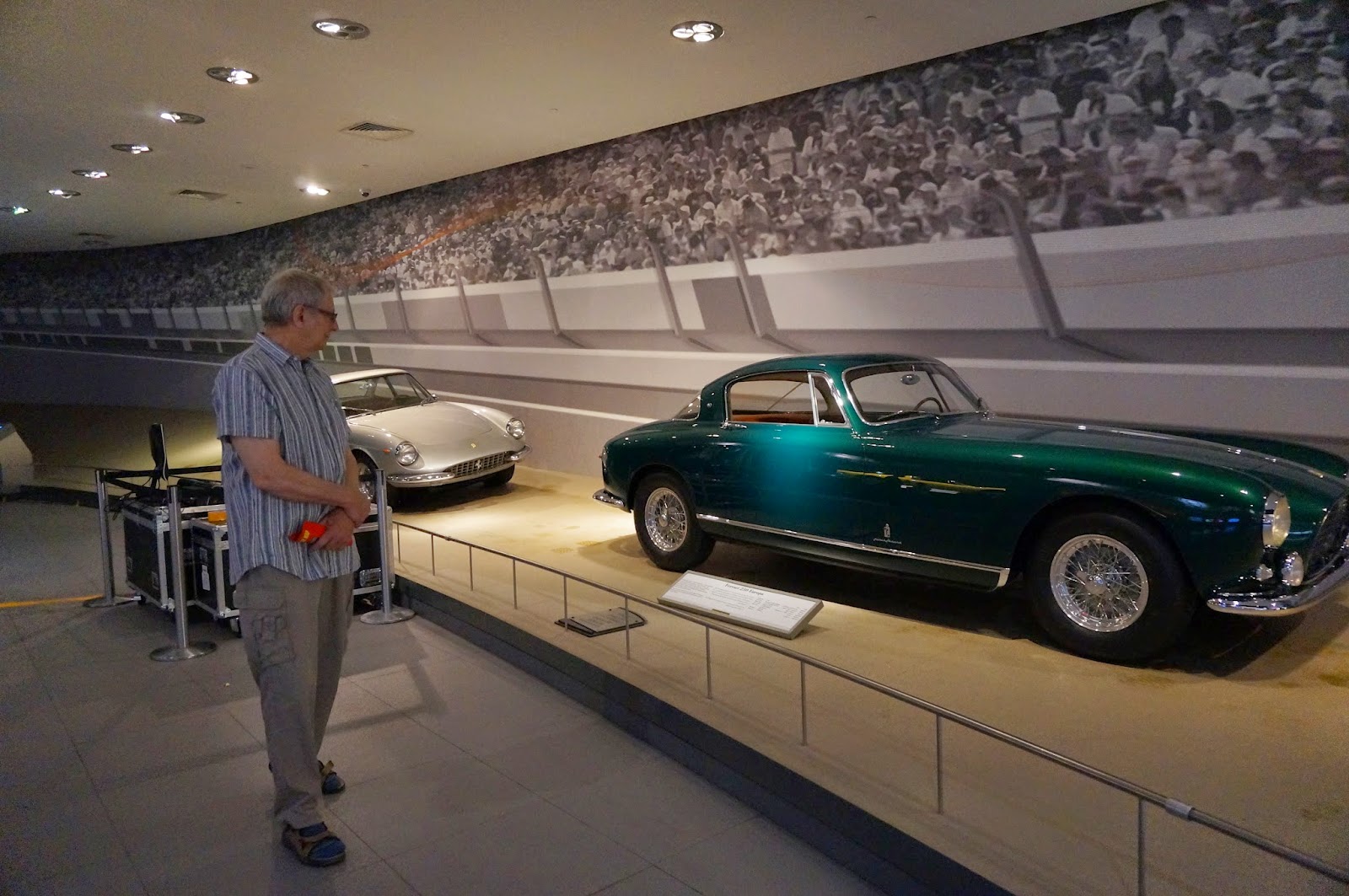 Here we are learning about aerodynamics, in the wind tunnel: 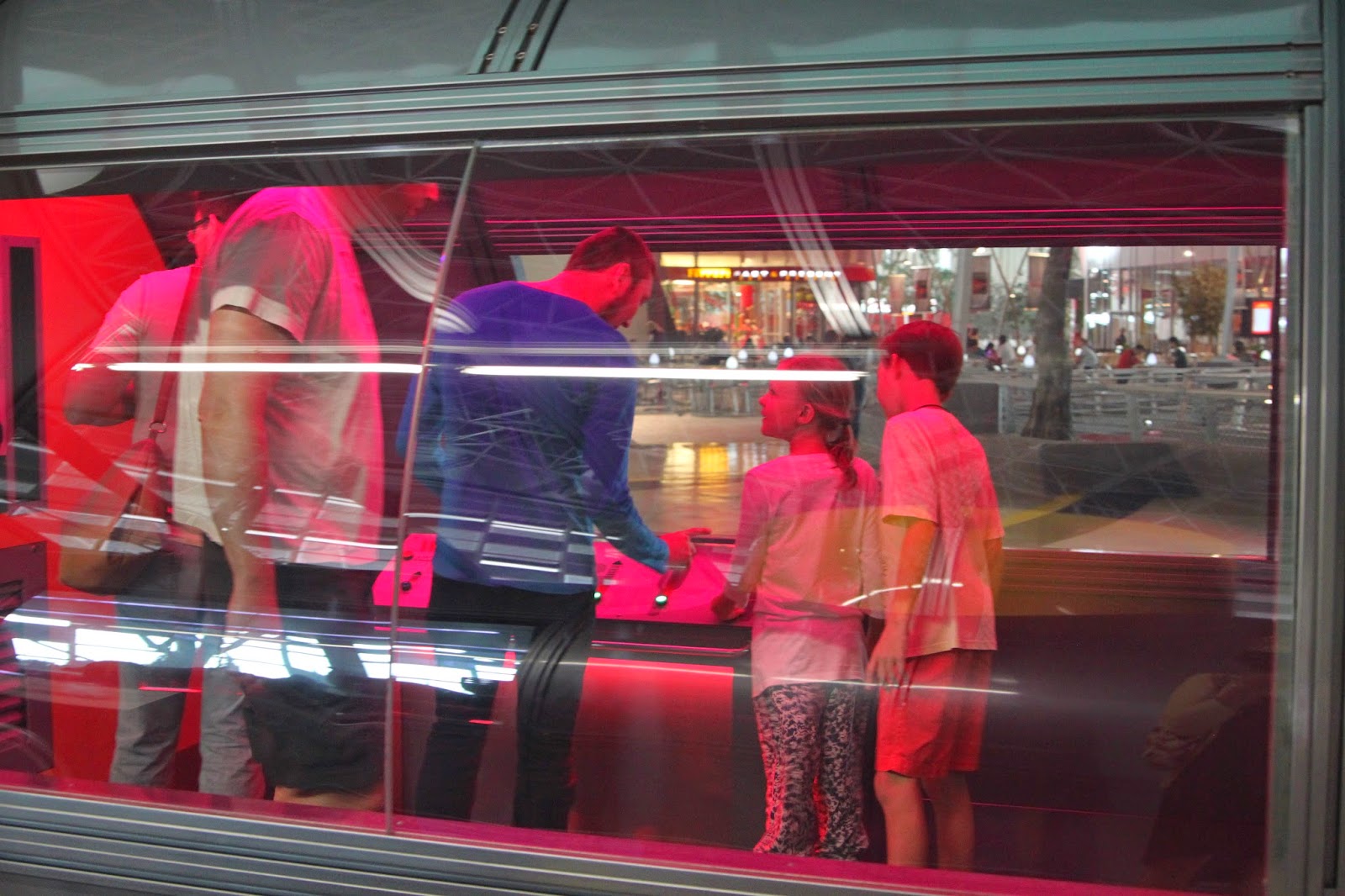 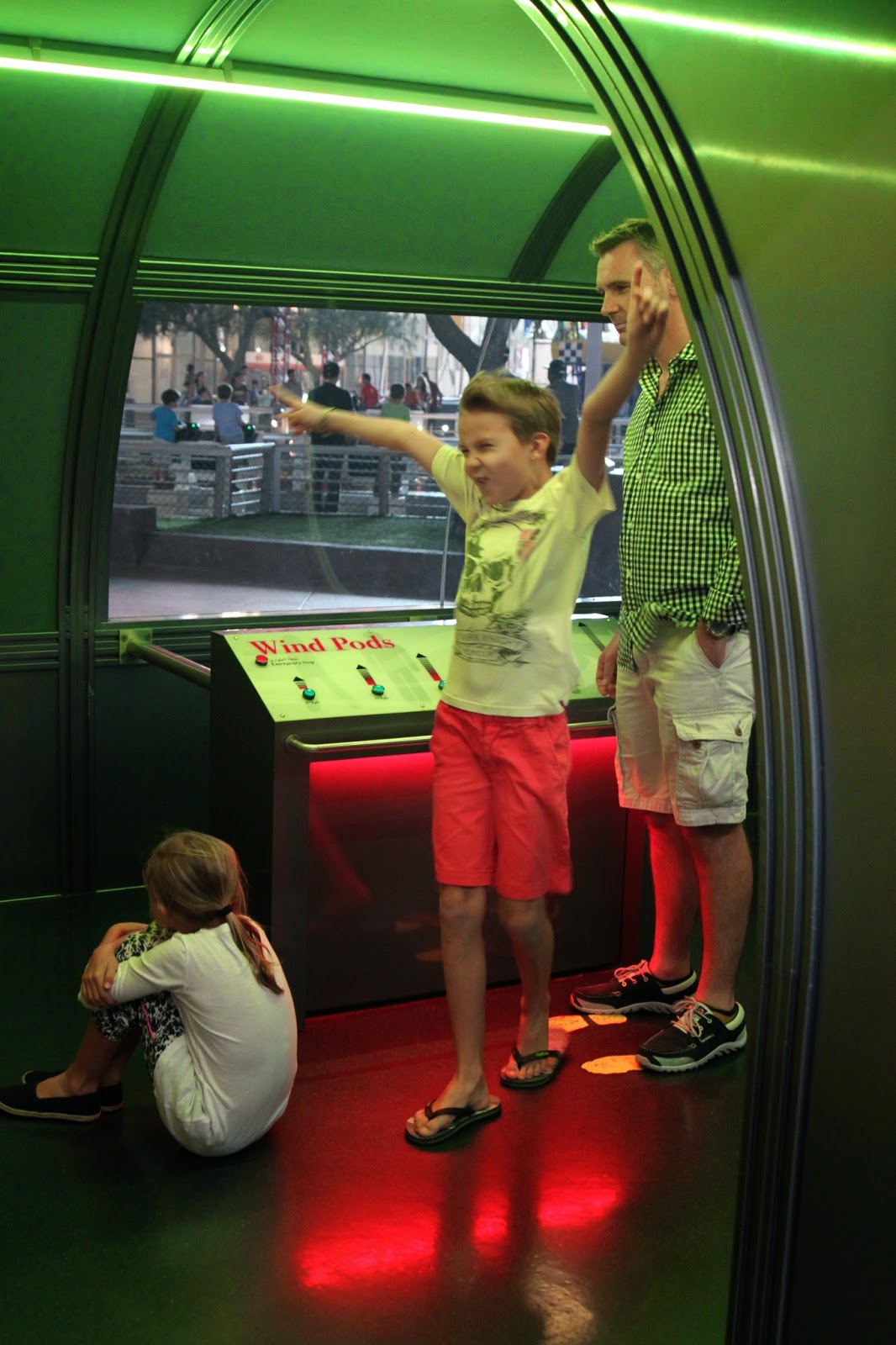 Ferrari World Abu Dhabi is also the home of the world's fastest roller coaster, the "Formula Rossa". It's a hydraulically launched roller coaster and it's reaches a top speed of 240 km/h!
No... nobody wanted to go on it on our visit... Maybe next time! 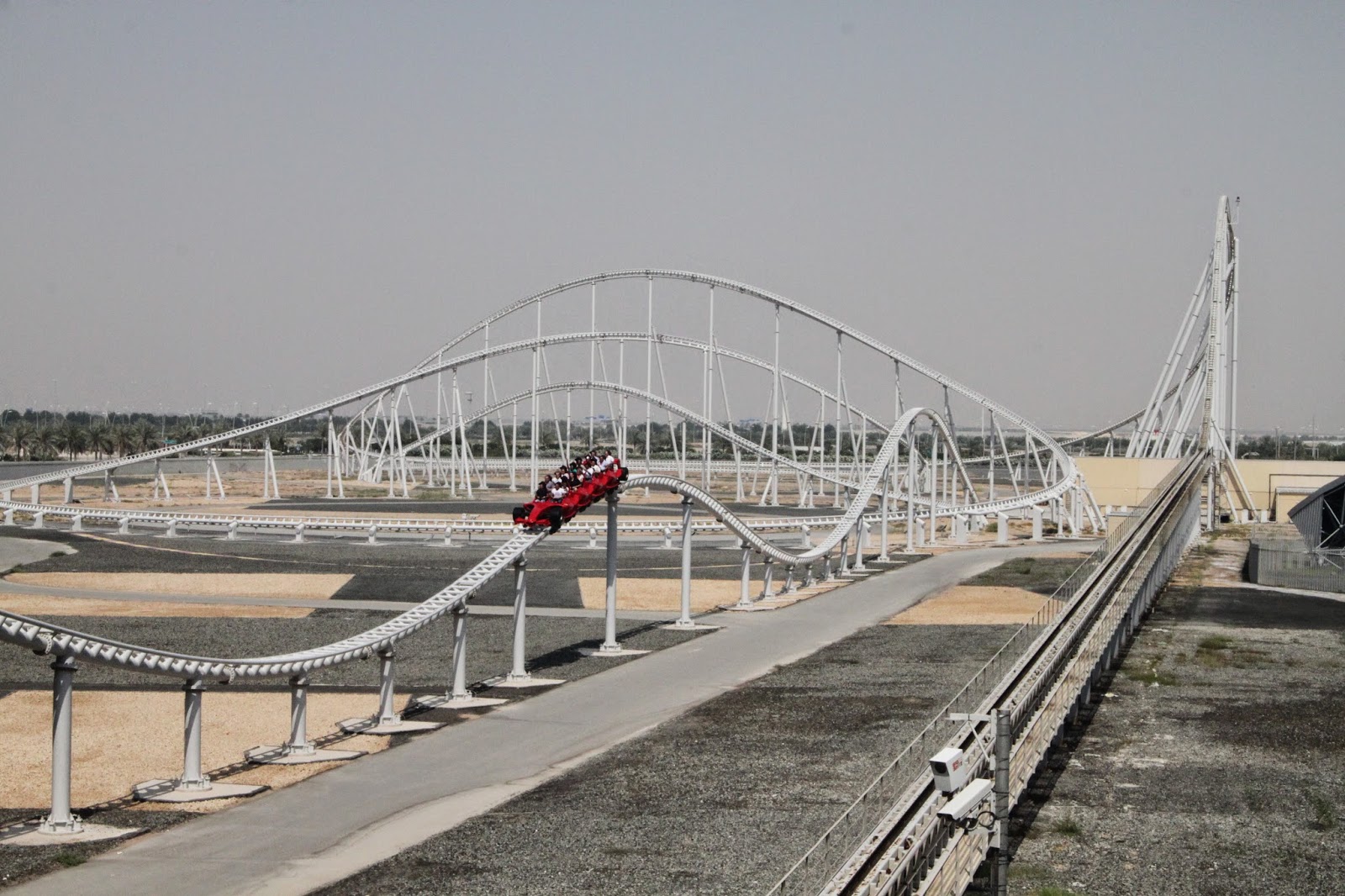 This was more the kids kind of ride, the Junior GT. It's a driving school for children where they receive a quick training session before jumping in their own child-sized F430 GT Spiders. 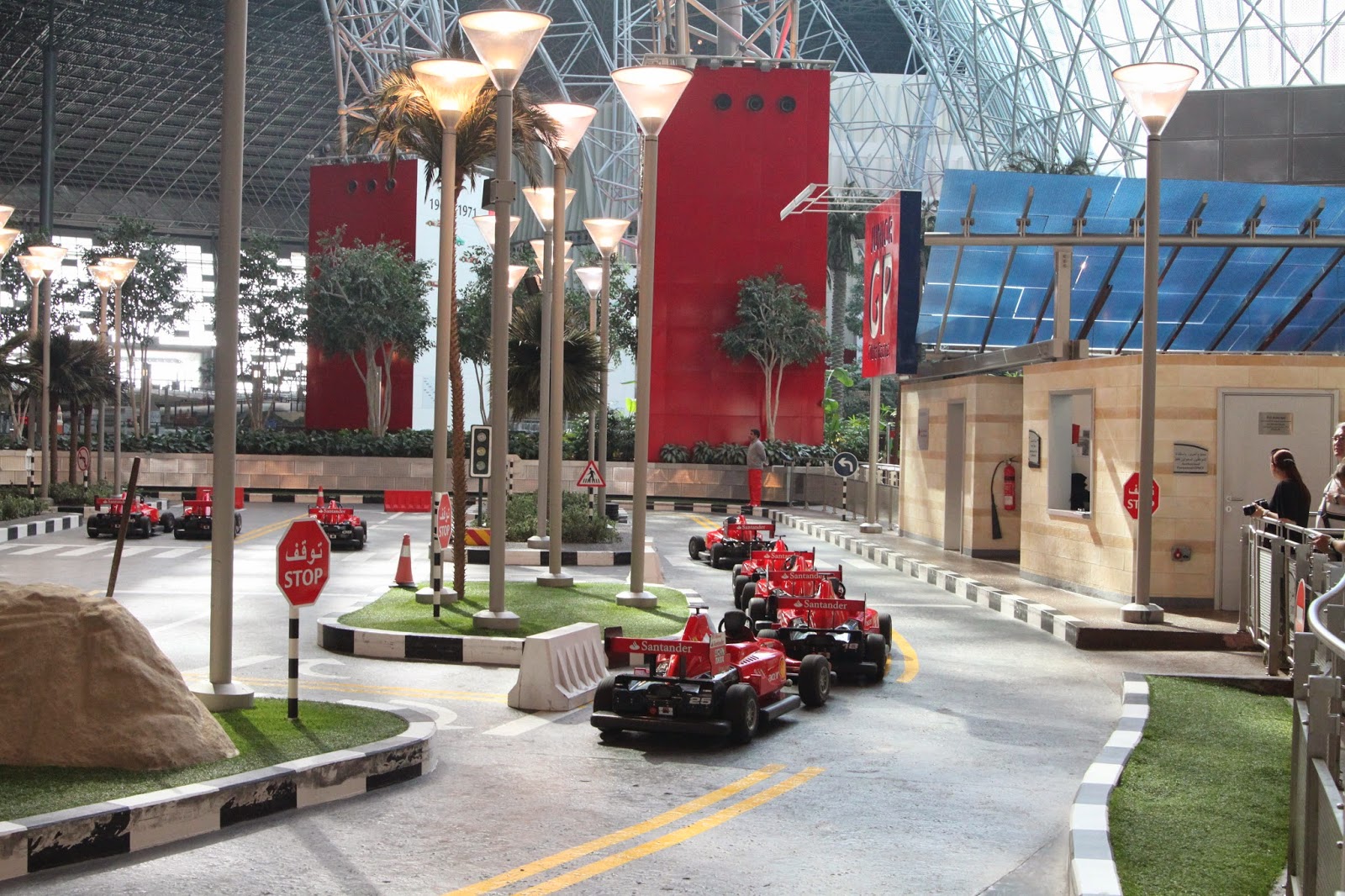 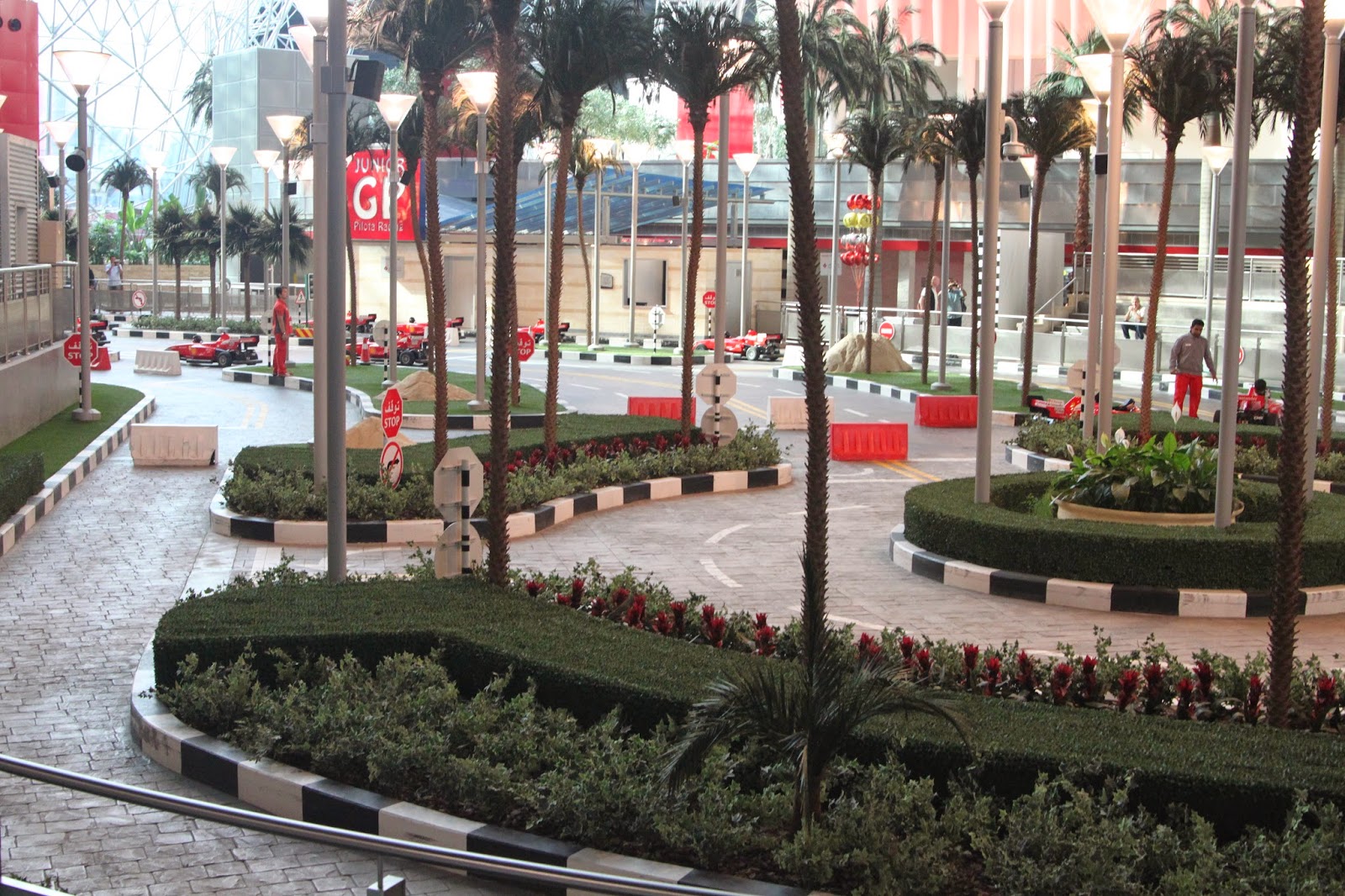 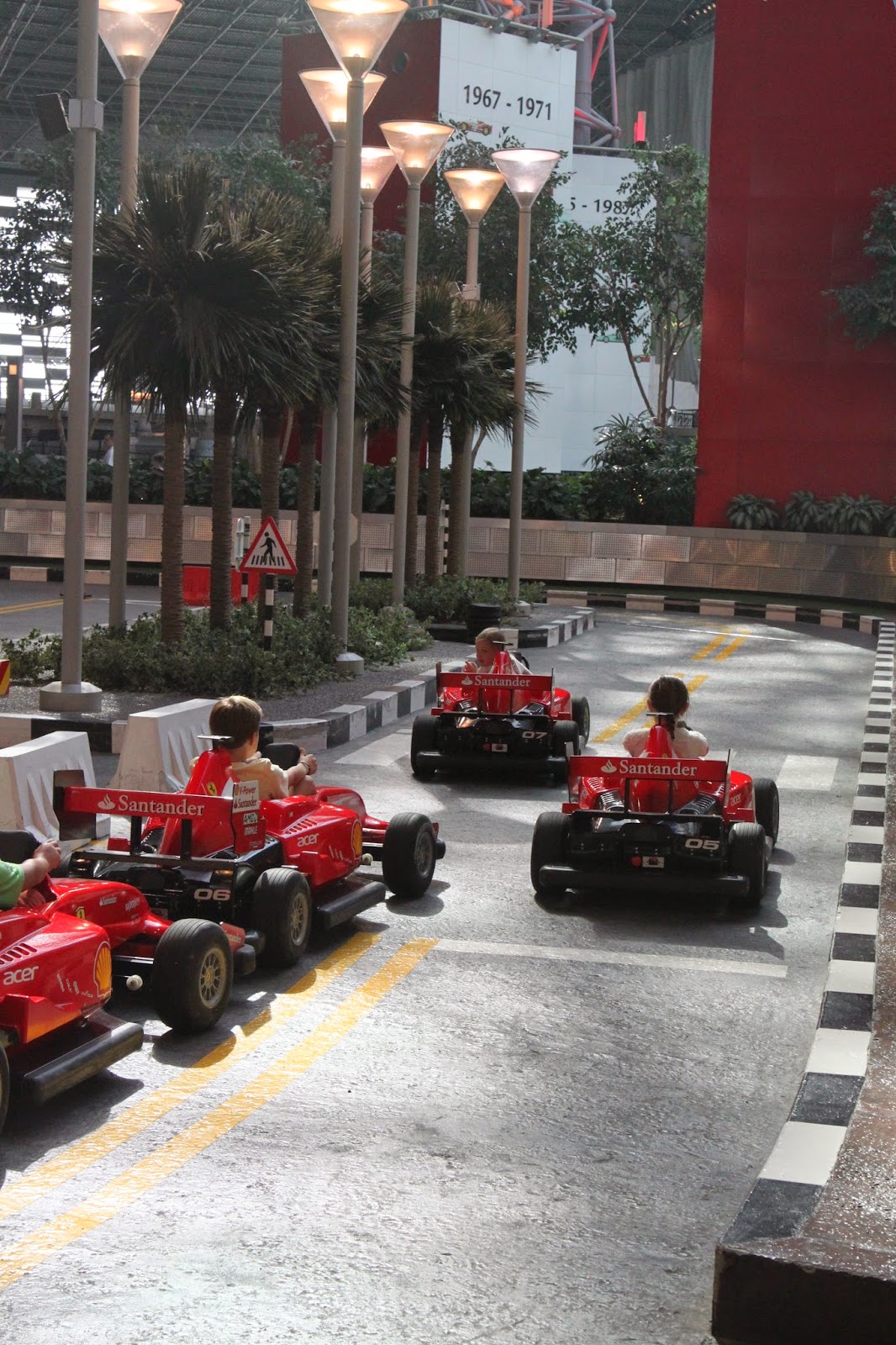 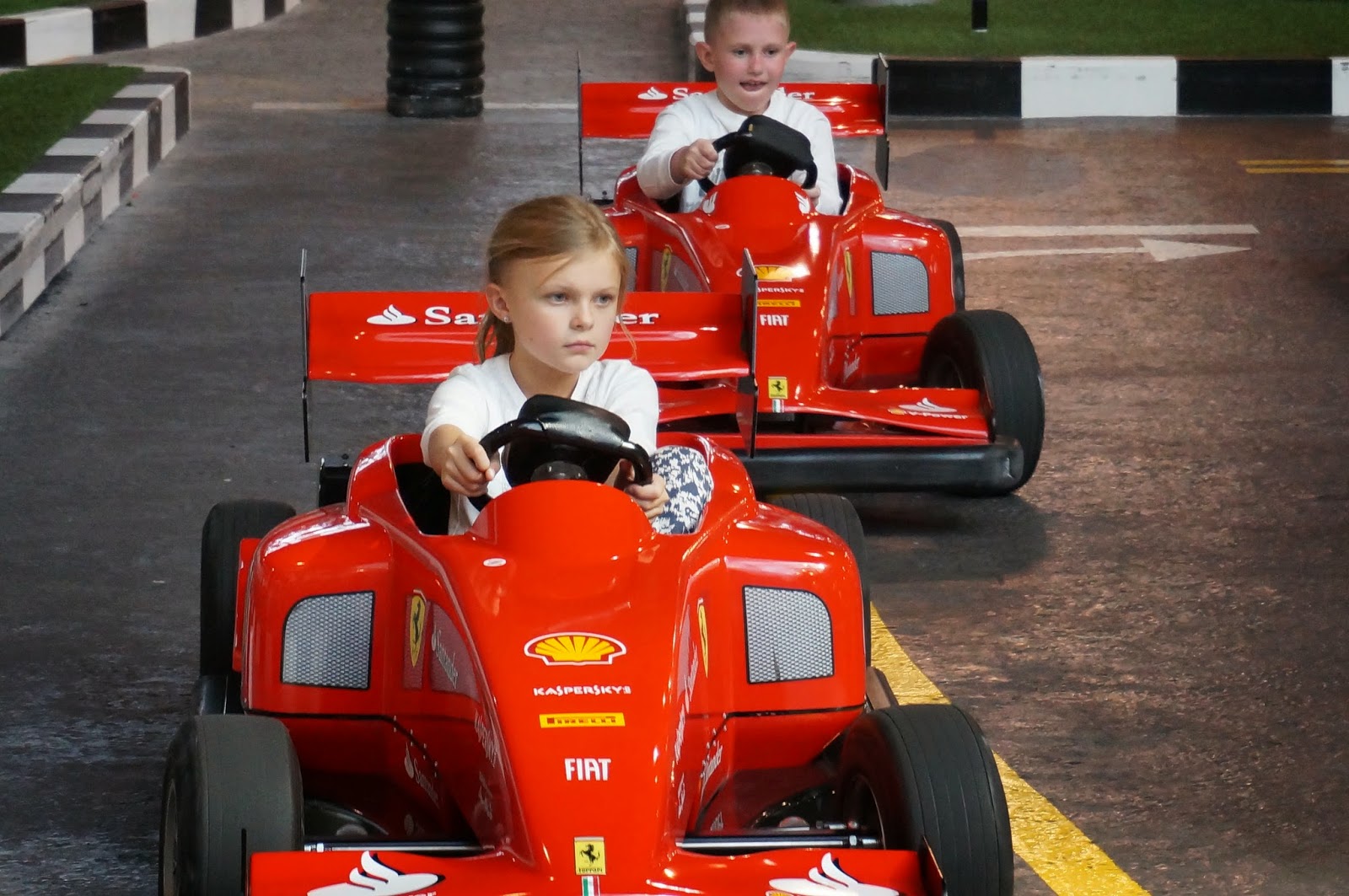 They also went several times on this one, the "Tyre Twist", Ferrari's own version of a traditional tea cup ride: 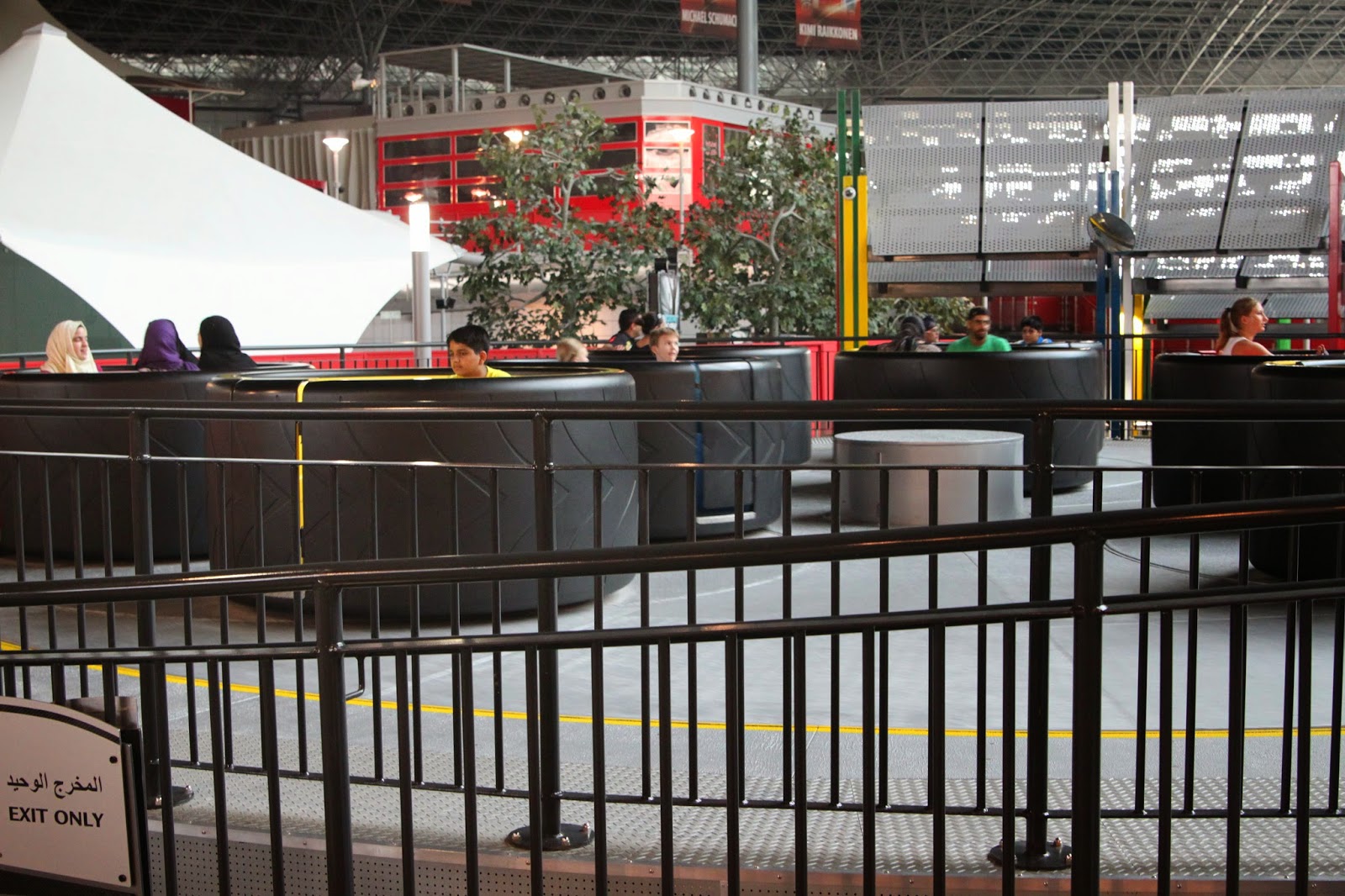 We also went on a bunch of other rides, where we couldn't really take any photos.
F.e a 4D ride called "Speed of Magic". We got to fly along cliffs, speed into the heart of the jungle, and venture into ice caves and even to the bottom of the ocean - thanks to changes in motion, temperature, moisture and light. This was probably Lucas' favourite ride, he even went around twice.

We also went on the "Made in Maranello" tour. We sat in these little cabs while touring the historic Ferrari factory and discovered exactly what goes into the making of a Ferrari. We got to follow the whole process from the early design stages, to the machining of engine parts and painting, right to the final hand assembly and ... - then the ride broke down on us and unfortunately we had to be evacuated and taken out a side door! :)
Bummer, we missed the last part, the test driving. Again, next time! 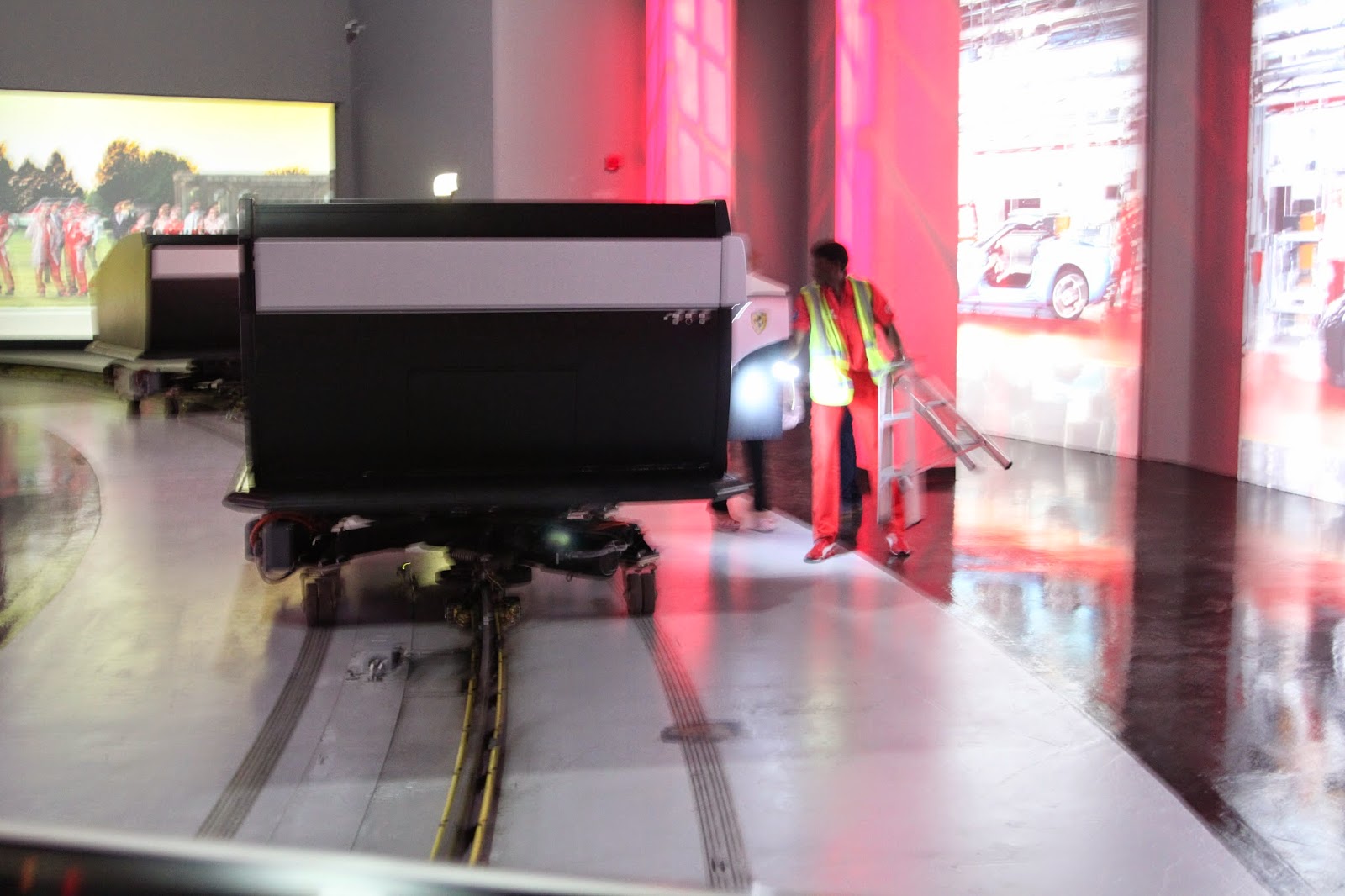 A big part of the main hall is taken up by "Bell Italia", where you ride in a small scale Ferrari 250 California through a miniature Italy. We drove past Portofino and the Amalfi Coast, the Monza Racetrack, Colosseum, Venezia, Pisa and of course, Maranello. 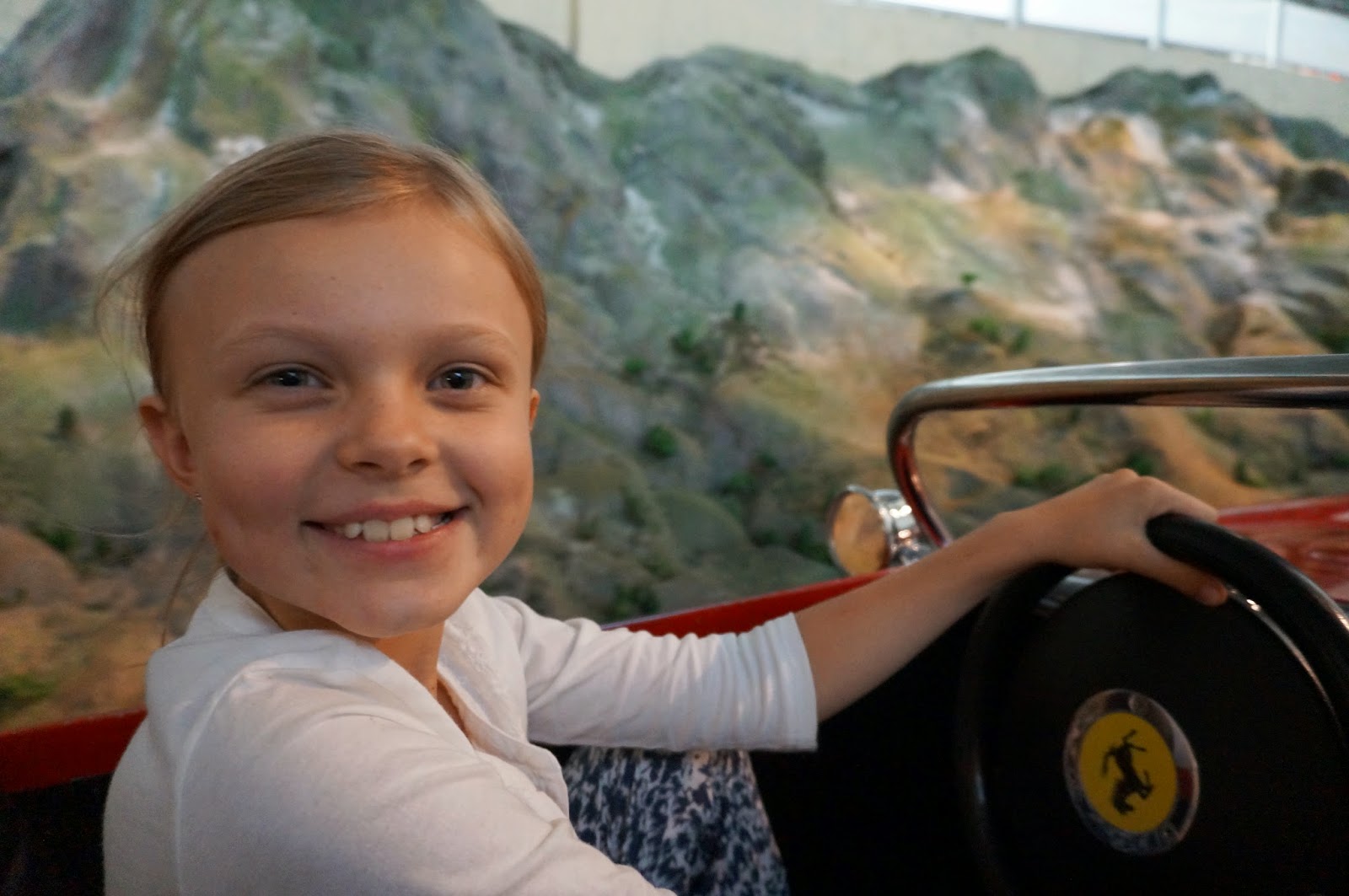 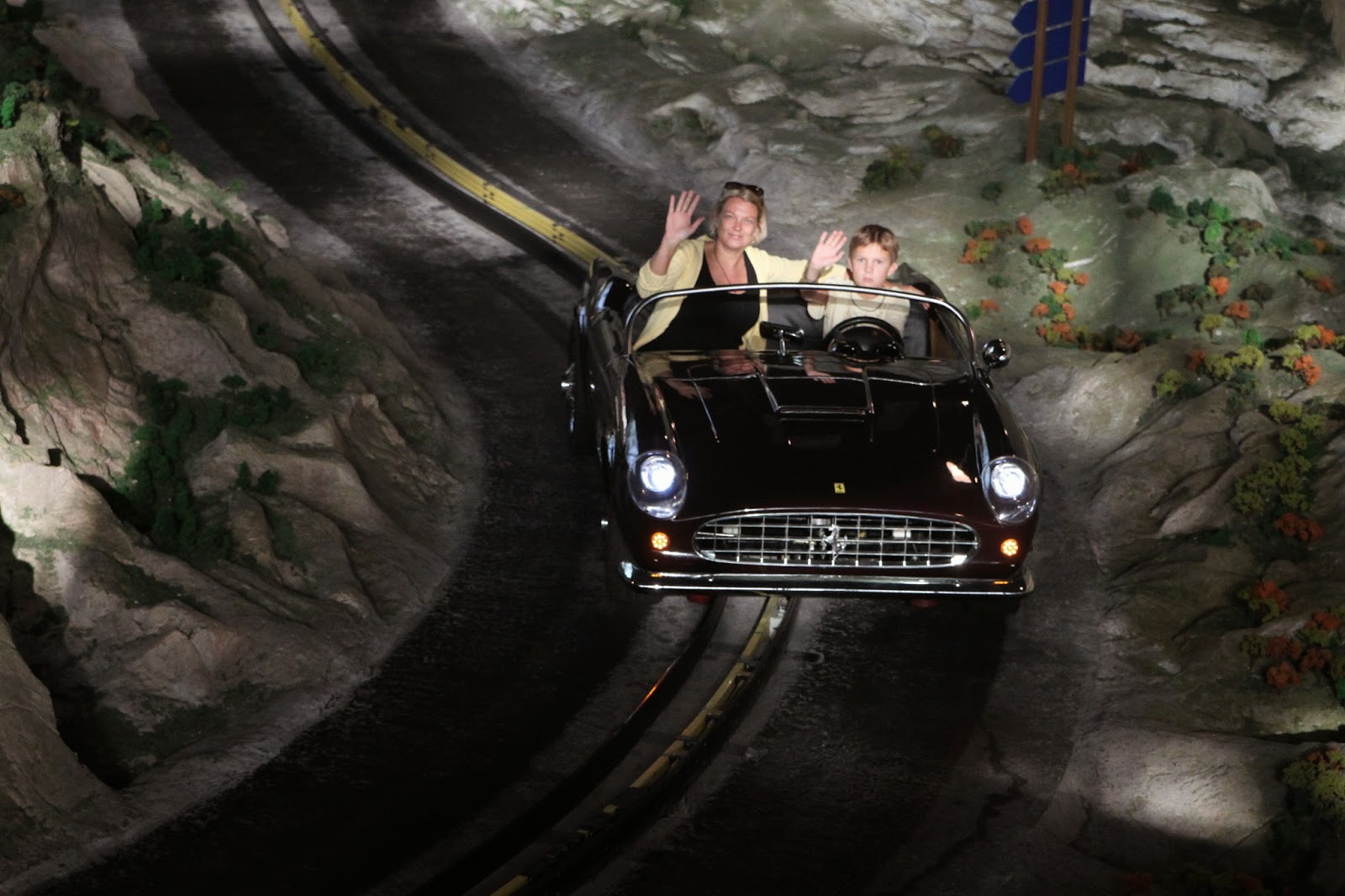 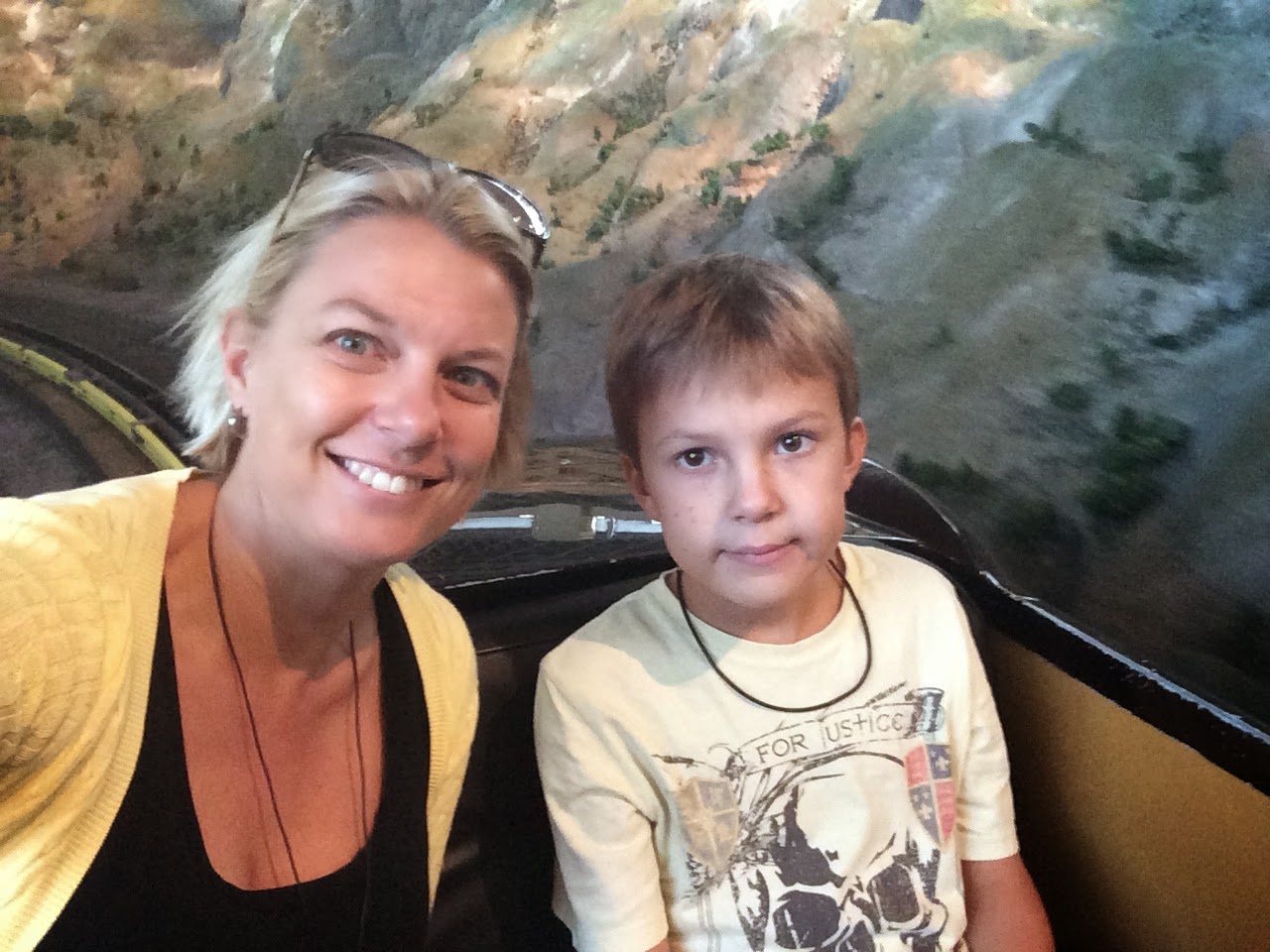 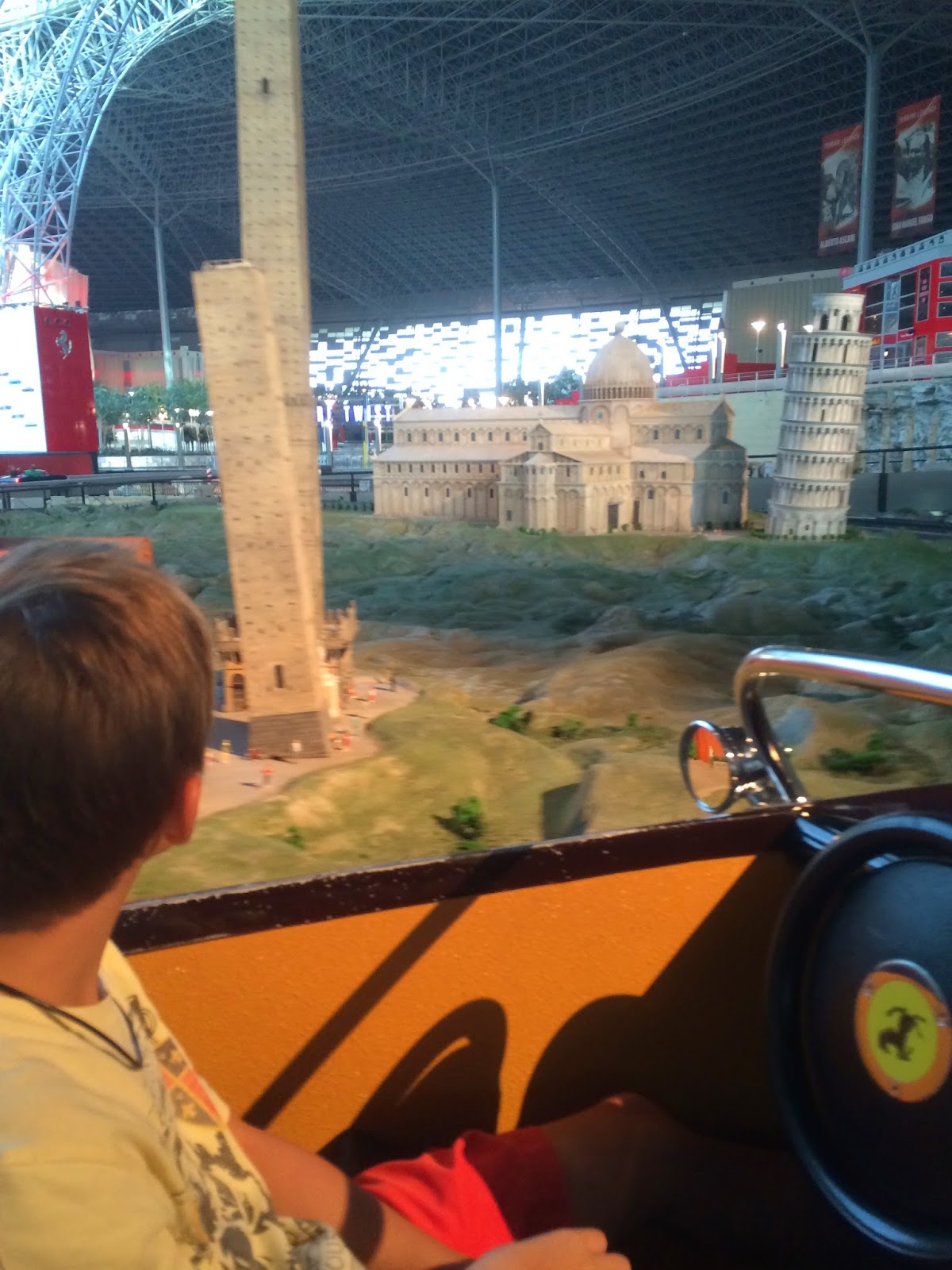 One of the many displays around the hall: 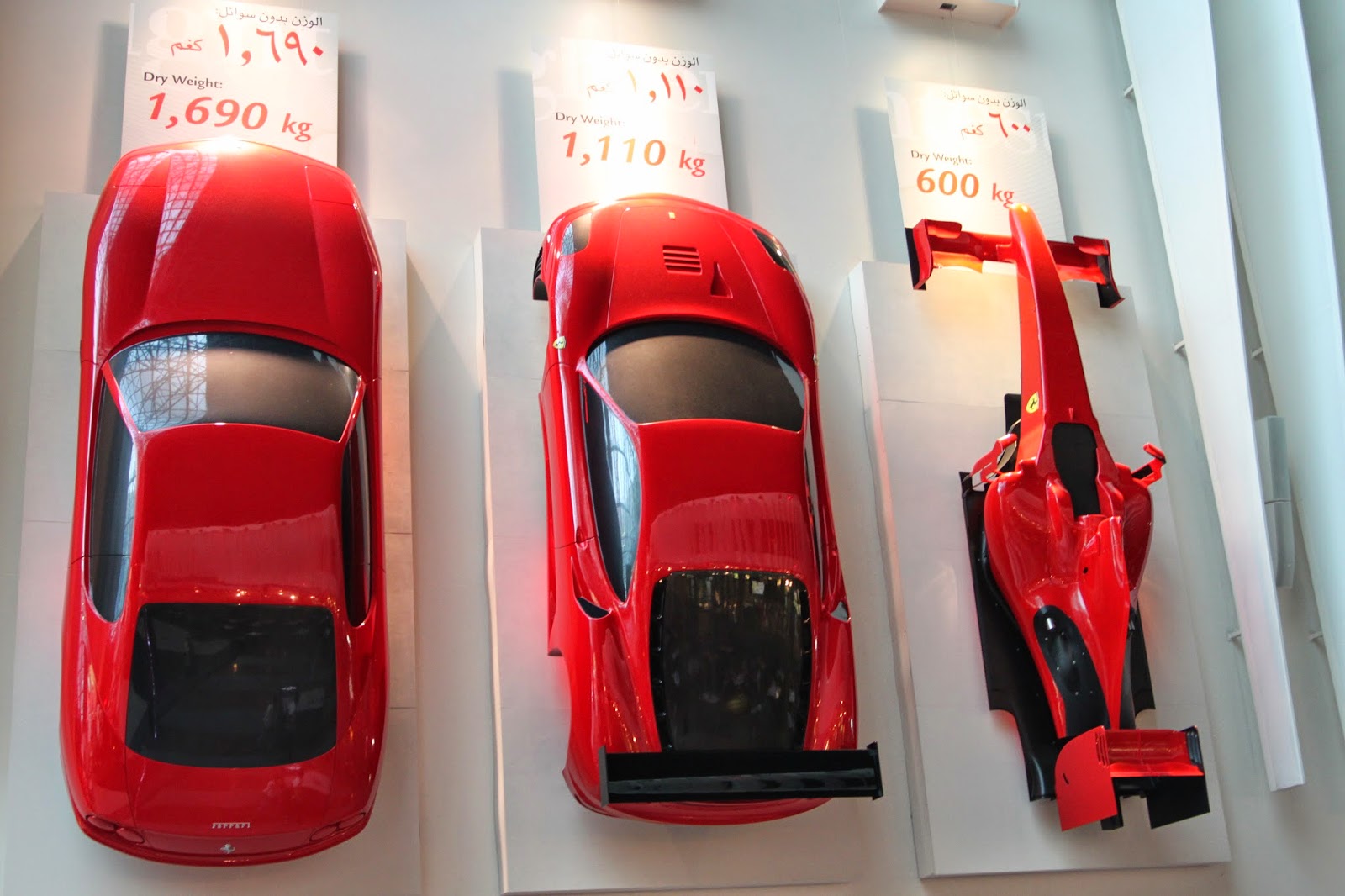 Another more informative ride was "The "Racing Legends" ride, which took us through some of the legendary moments from Ferrari's racing history. Back from the 1950s right up to the Scuderia team’s most recent world championships. 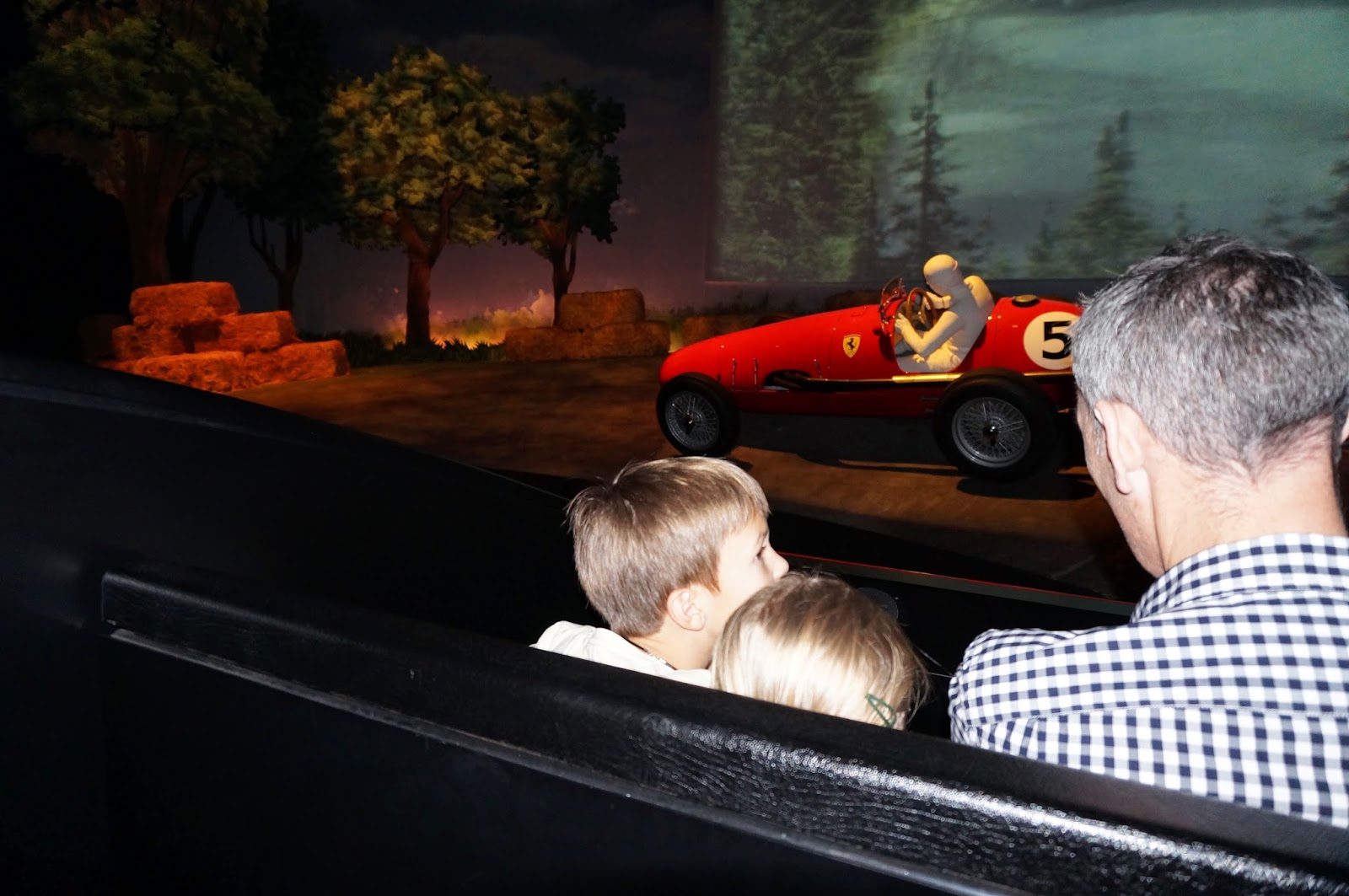 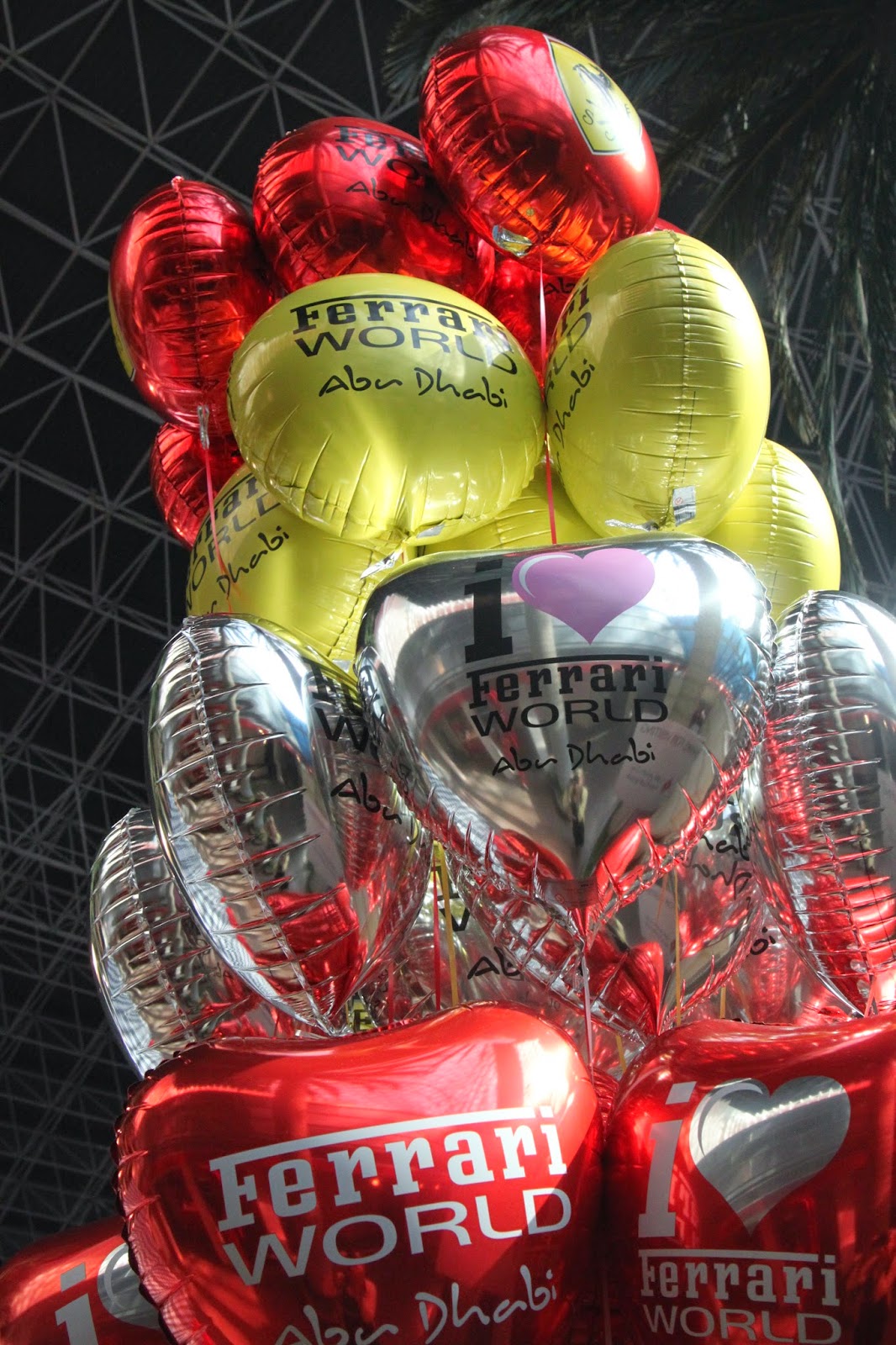 We didn't do all the rides this time, but we had a fun afternoon, and it was great to finally visit Ferrari World, so that we know what it's all about. We will definitely send all our visitors there too.
Posted by MrsW at 09:22