I'm not quite sure why they finish so early (six weeks before the normal schools), but yesterday was already the last session this term for 'Svenska Skolan' (=Swedish School). Instead of a lesson, all siblings and parents were invited to a 'Skolavslutning' (=end of term party), and we had all brought 'Fika' (=yummy things for snack!). 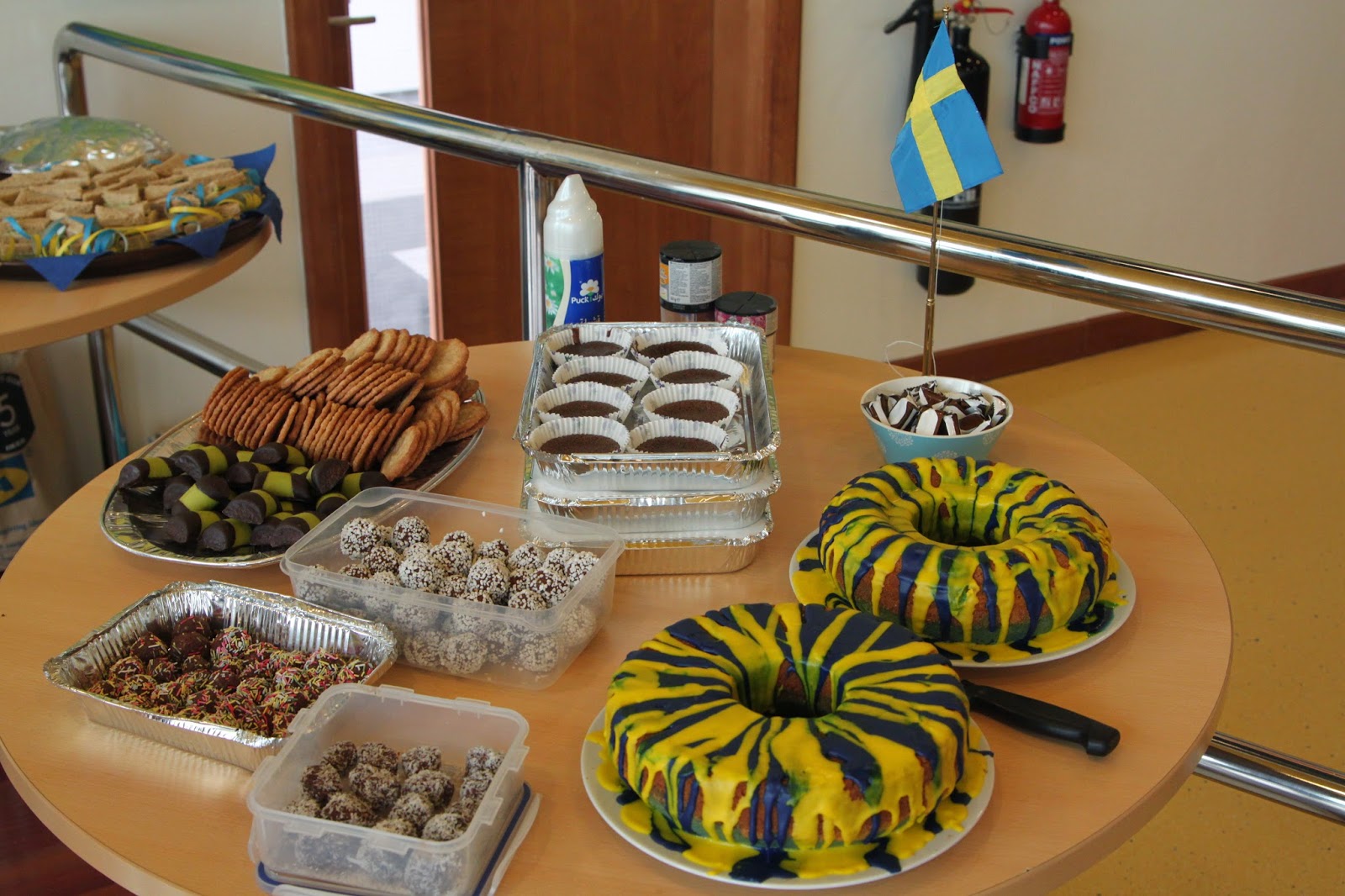 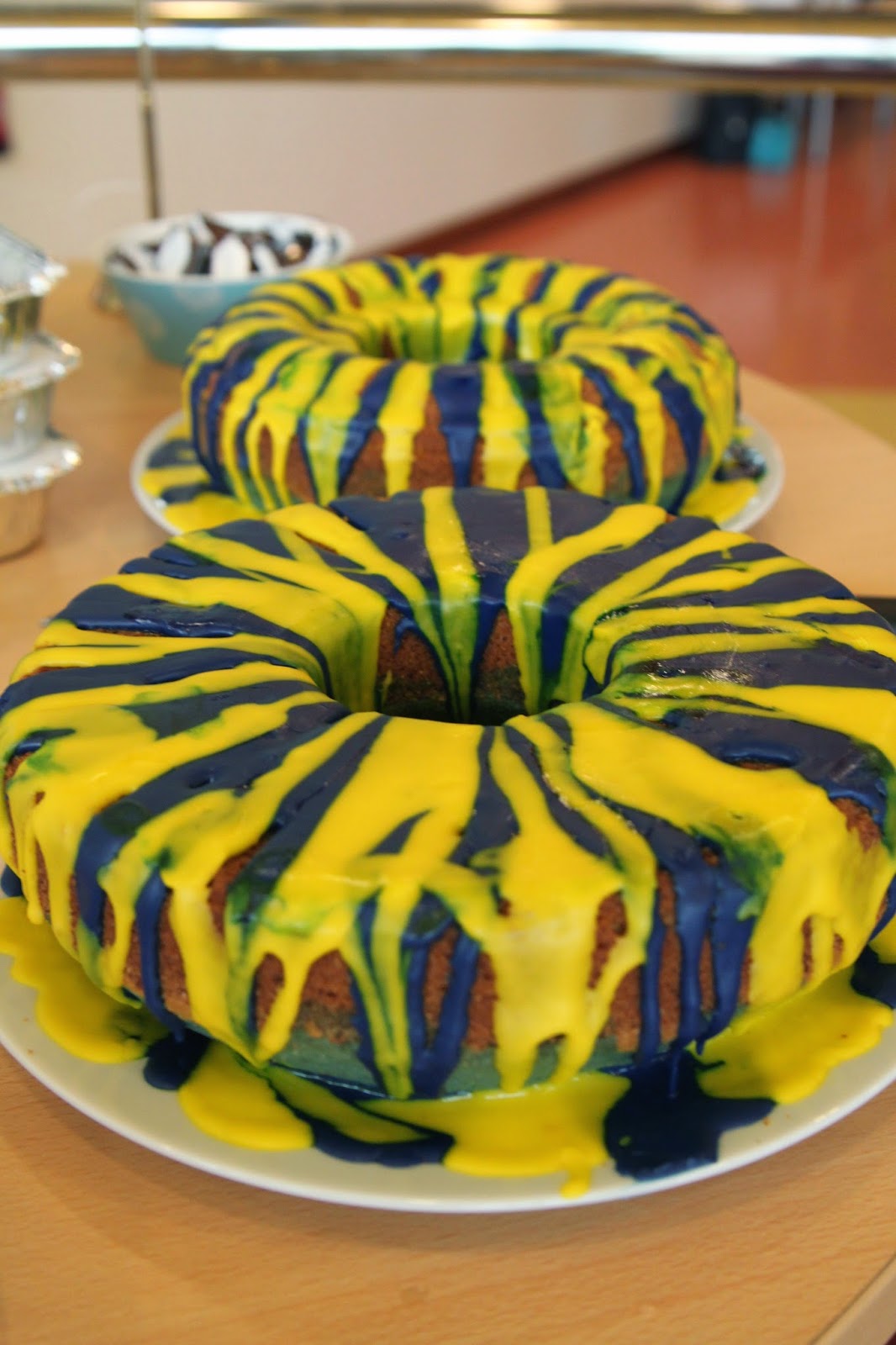 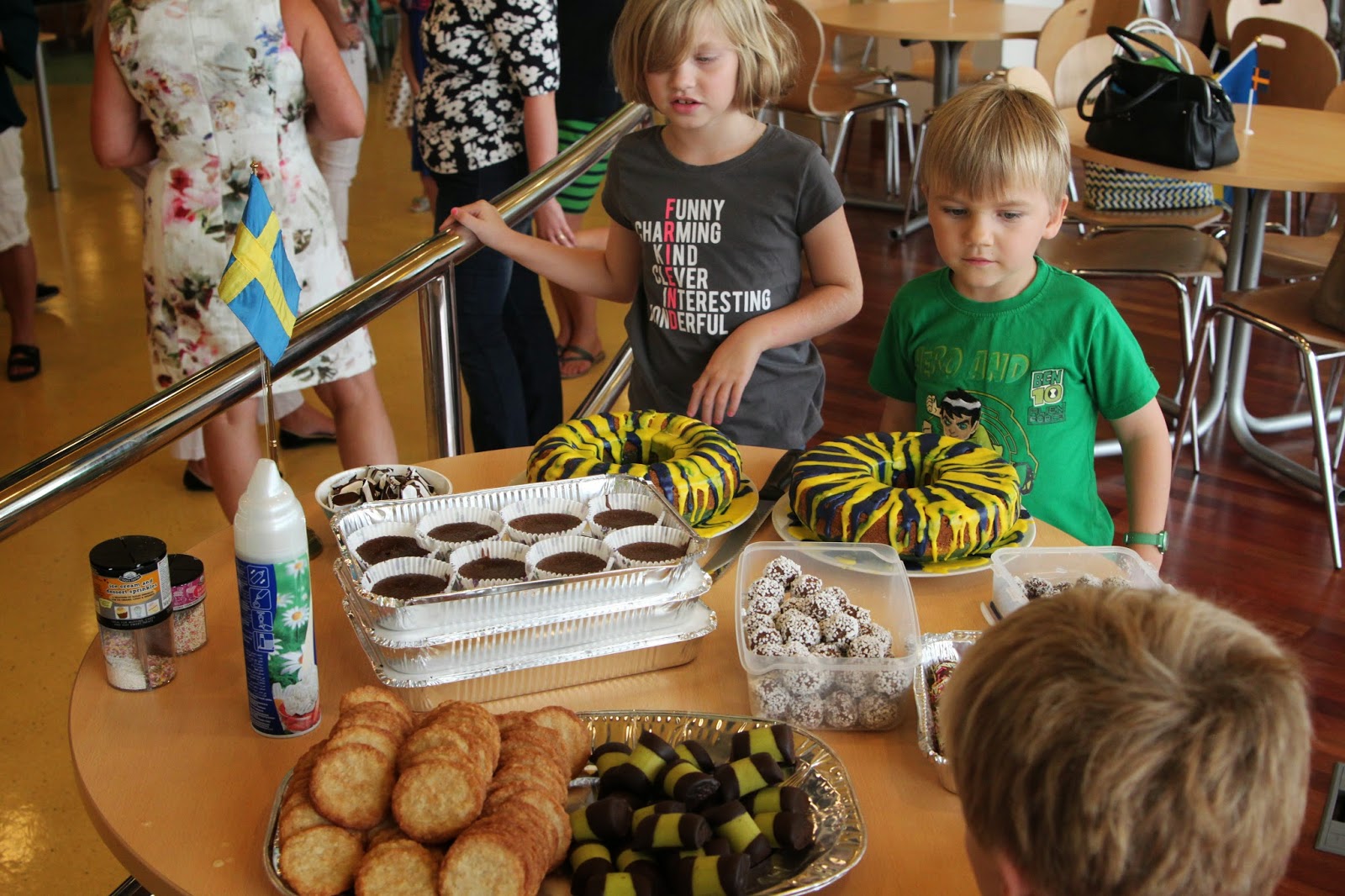 It was very relaxed, the kids read us summer poems and sang us a couple of songs. Even though it was the traditional beautiful summer songs, I actually managed not to cry this time..! It was really heart warming though. Bless.

Lucas is to the left in a red shirt, Linnea didn't want to participate in the singing. 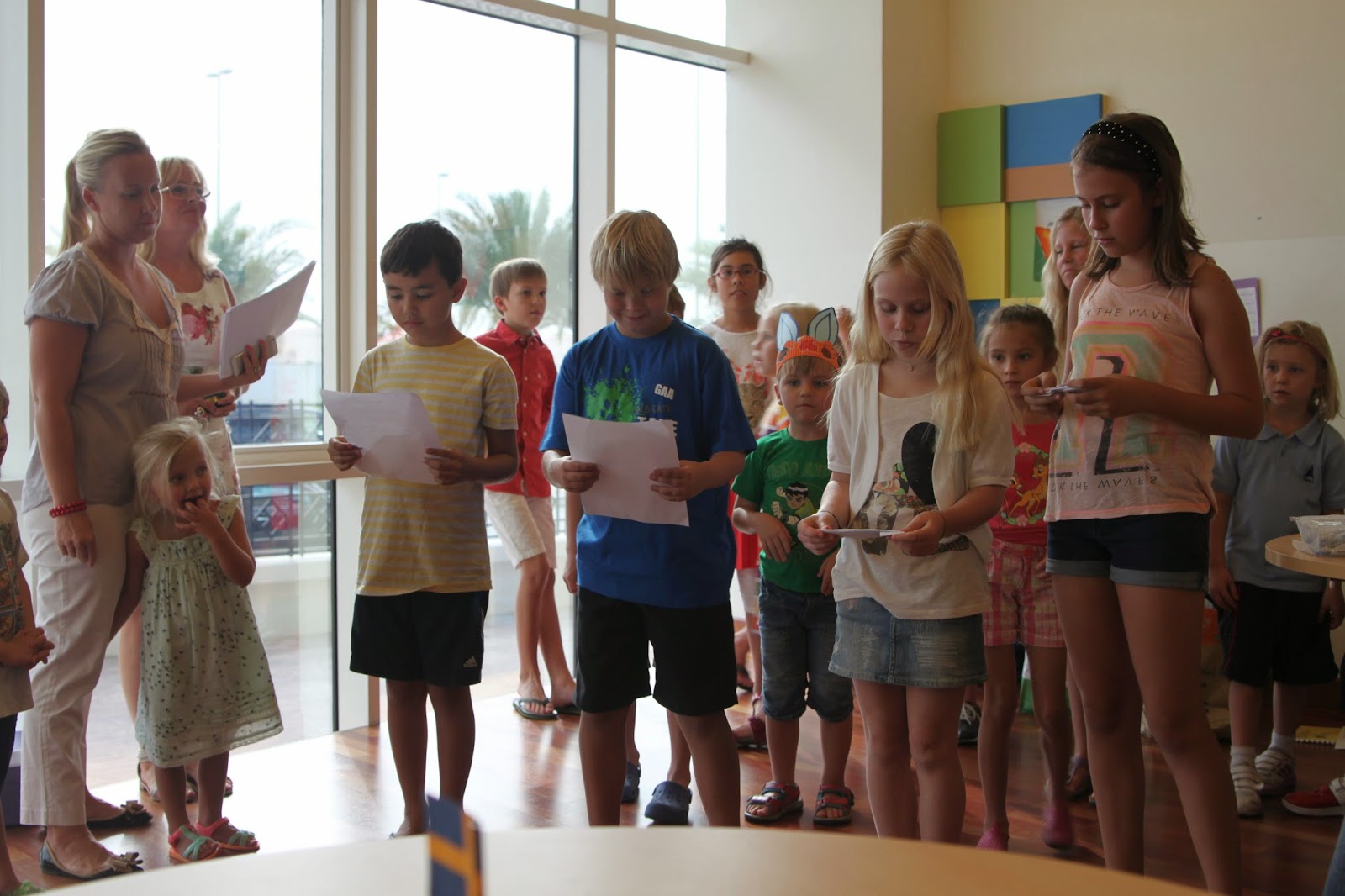 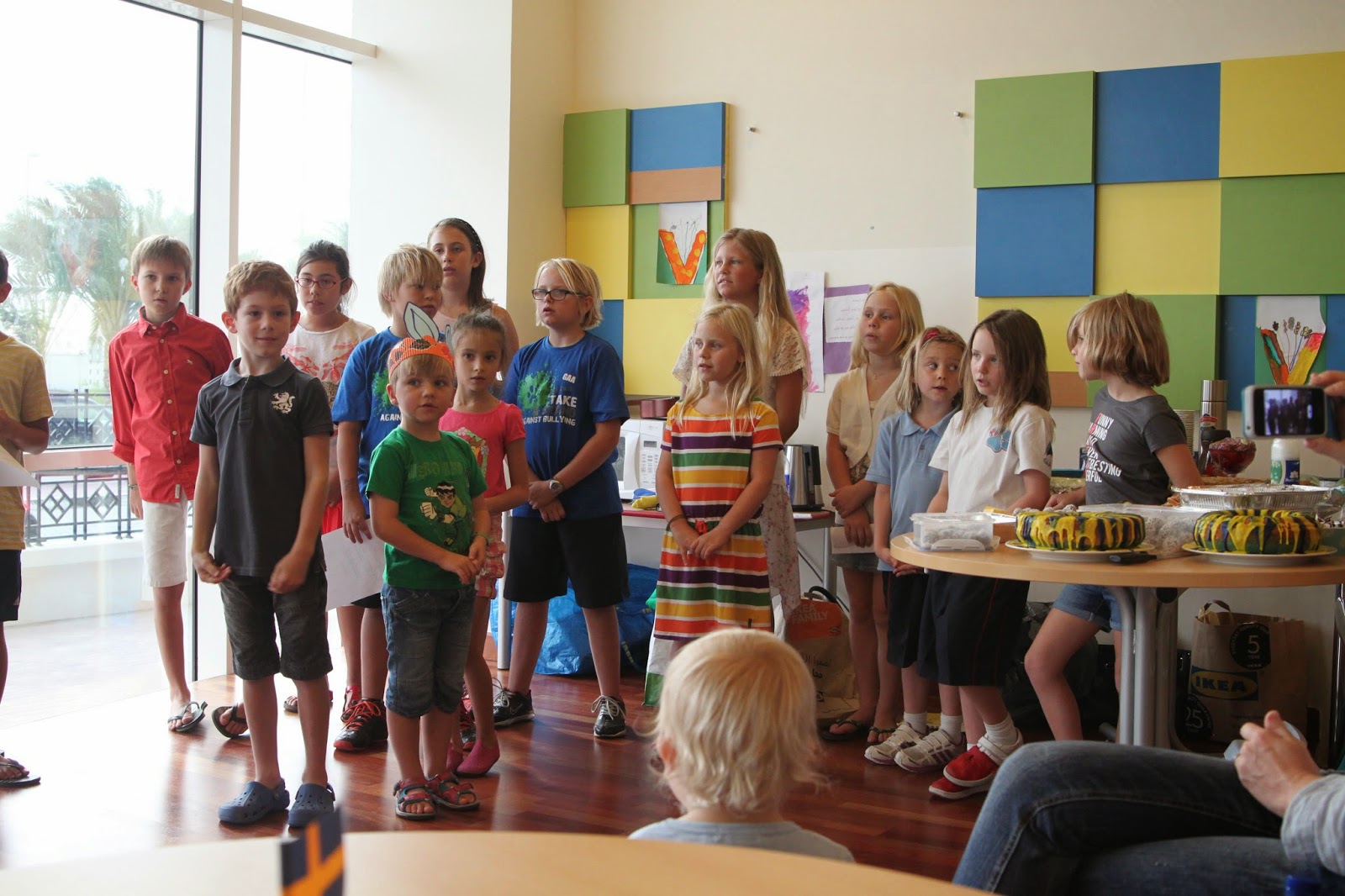 The teachers got some flowers, and got thanked for good work, and then - it was time for cake!
Watch out! 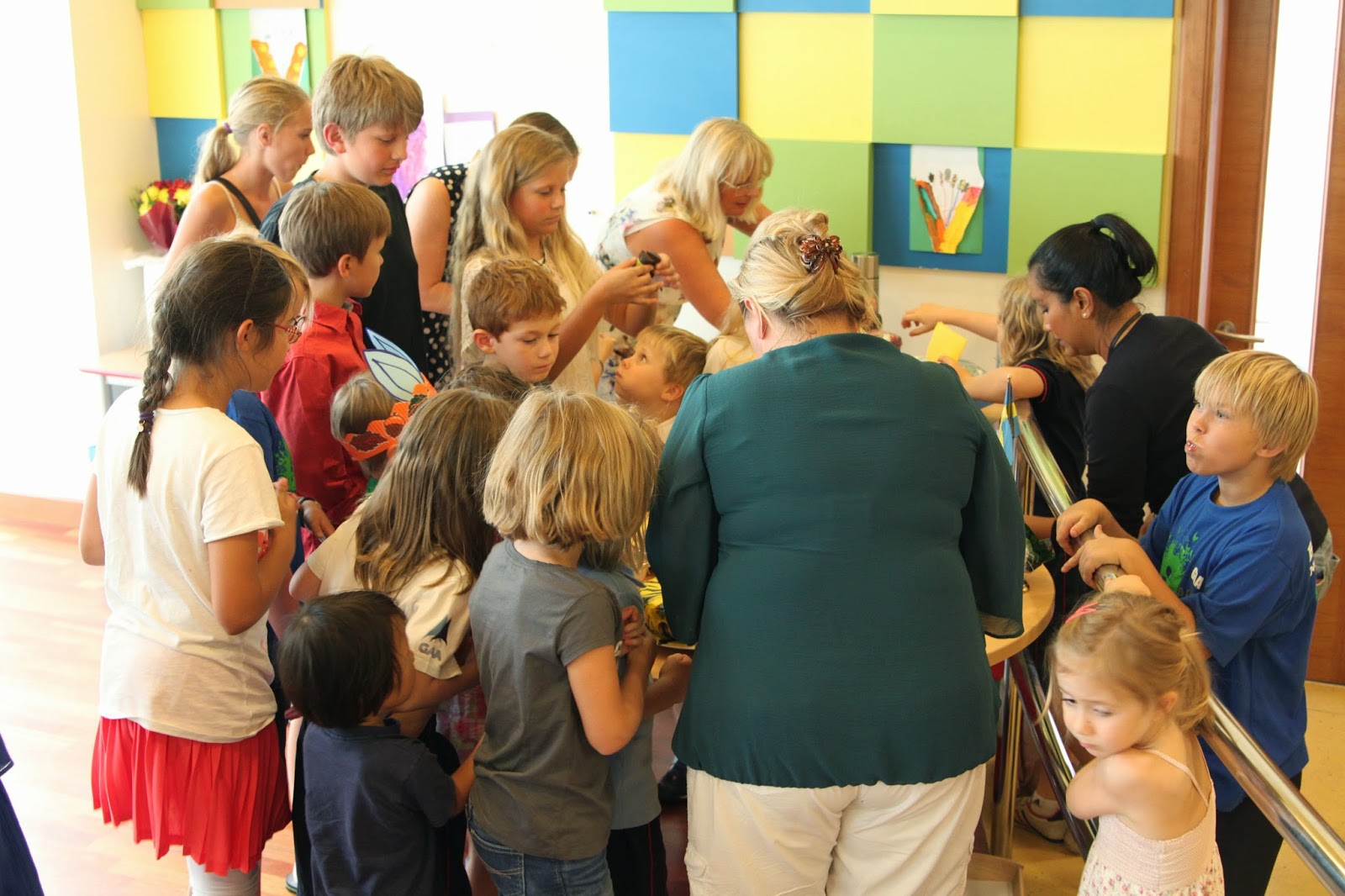 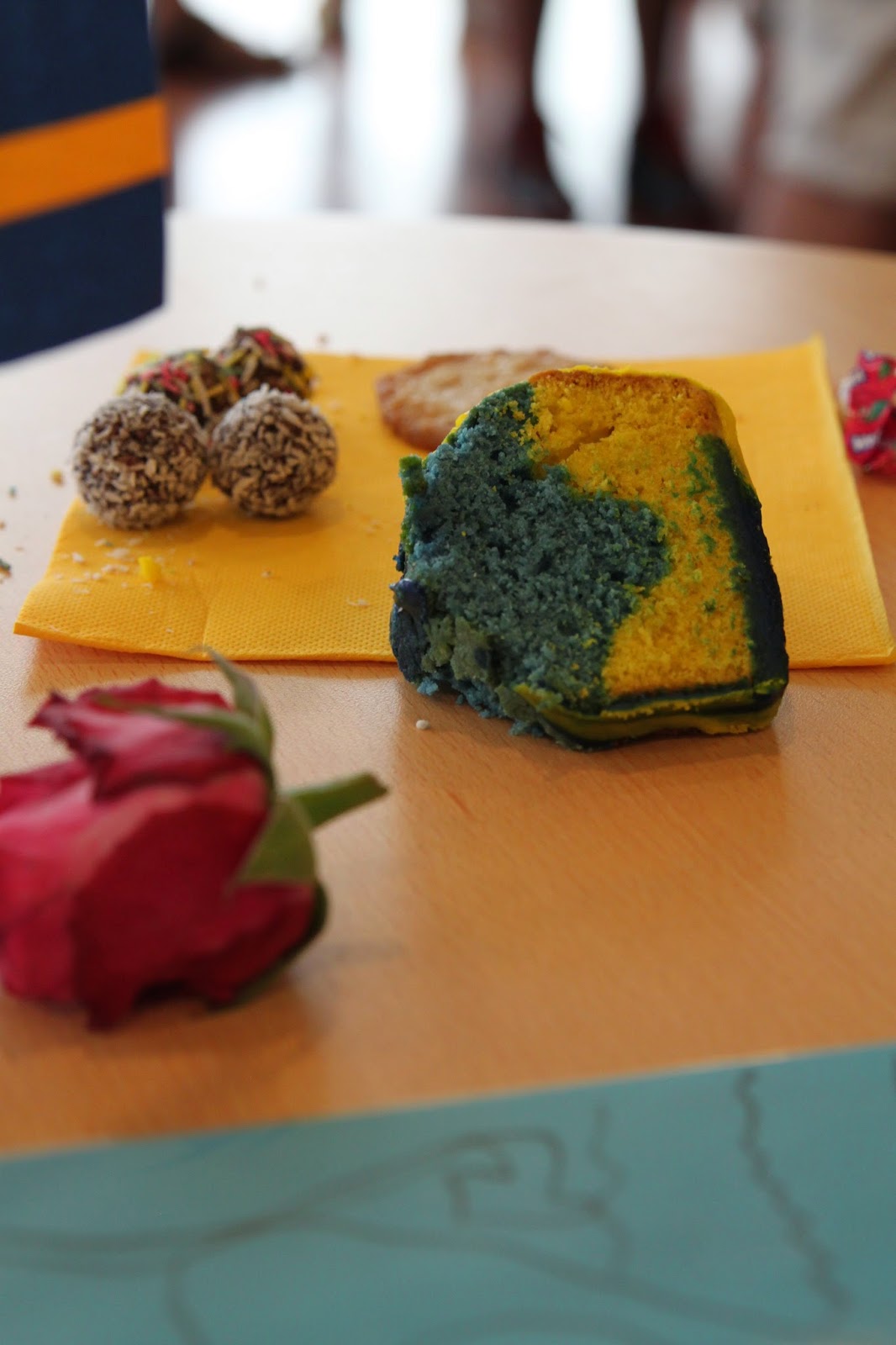 After fika, while us parents were having a good chat - the teachers and the kids went outside to play a few games. I went out to have a look at one stage, and they were playing 'Under hökens vingar'..! :) Love it!

I'm already looking forward to next year with Svenska Skolan. The kids are going to have such a great time there, they do so many fun things. But now - Sommarlov!
Posted by MrsW at 08:44