A while back another EY pilot came on a jump seat on one of Nathan's flights. He turned out to be Danish, liked cycling, has kids the same age and - has a Swedish wife! Sweet!

This morning Martin and Nathan went on their first ride together, with a social cycling group called Raha Cycling. The alarm went off bright and early, and they met up with the others already at 6am to beat the heat, and the traffic. 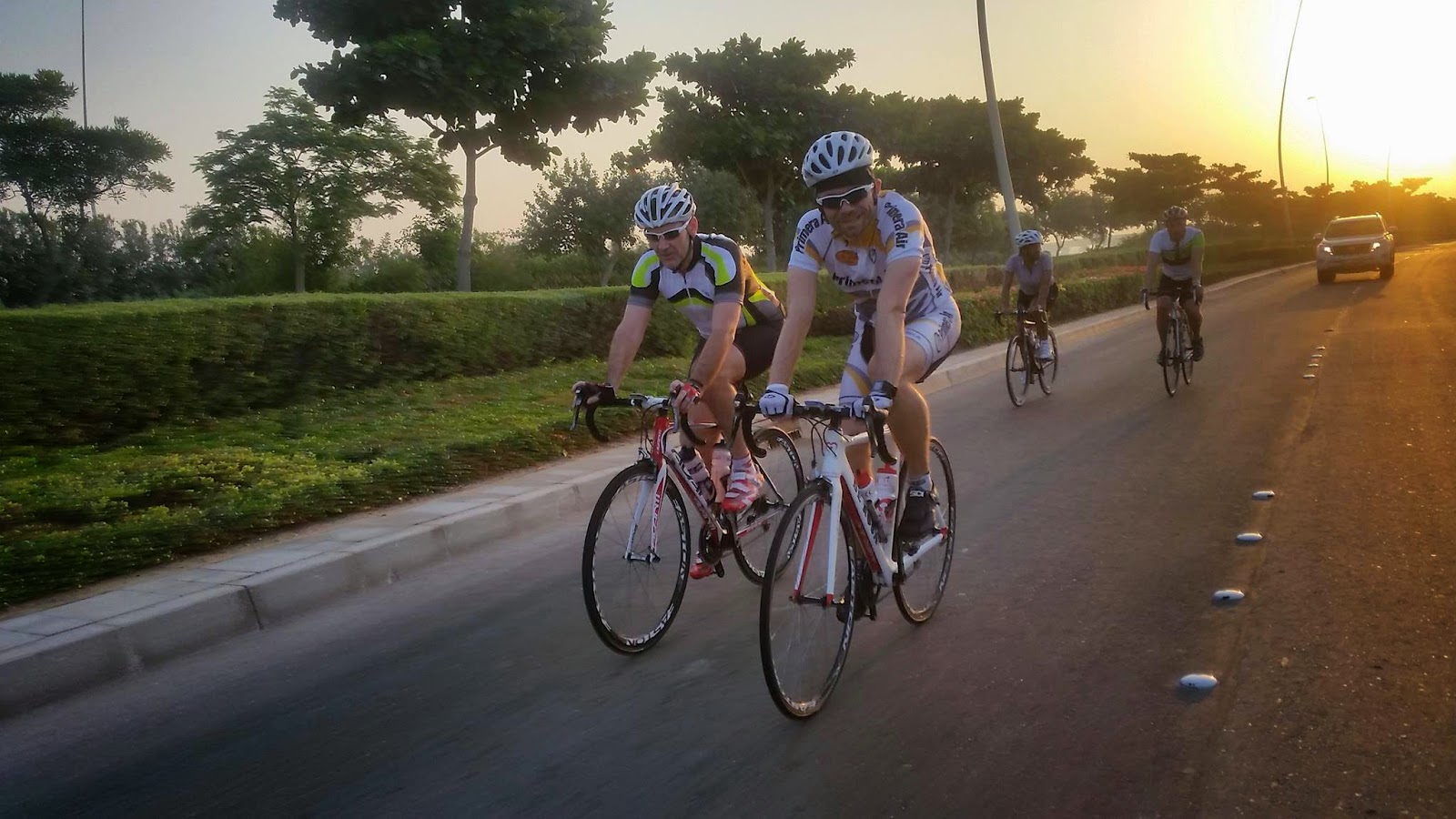 There was three different rides to choose from, a 'Steadfast' group, a 'Steady' and a 'Very Steady', which was the one Martin and Nathan joined. It had been a while for Martin, and probably even longer since Nathan was out on the roads. 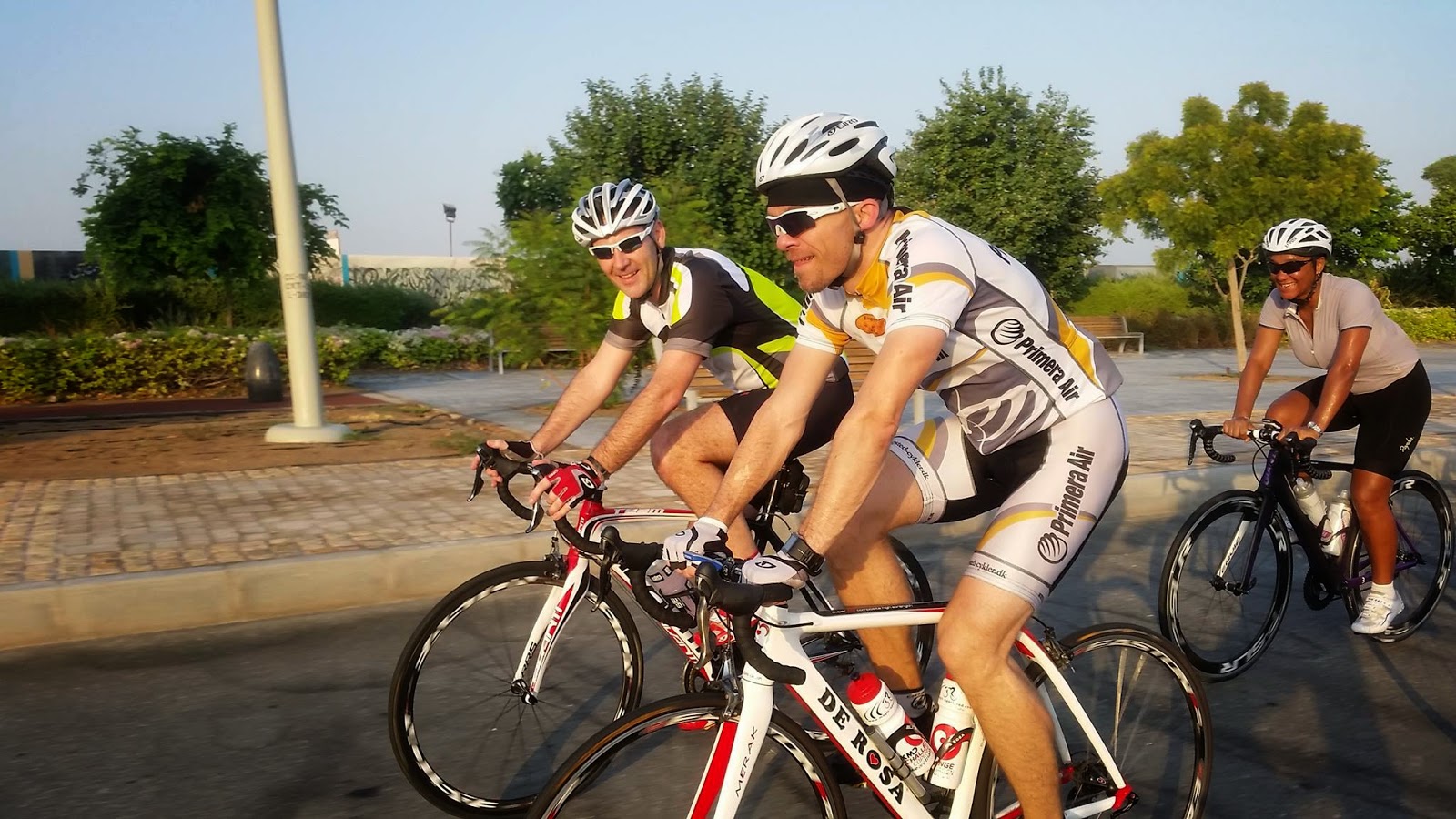 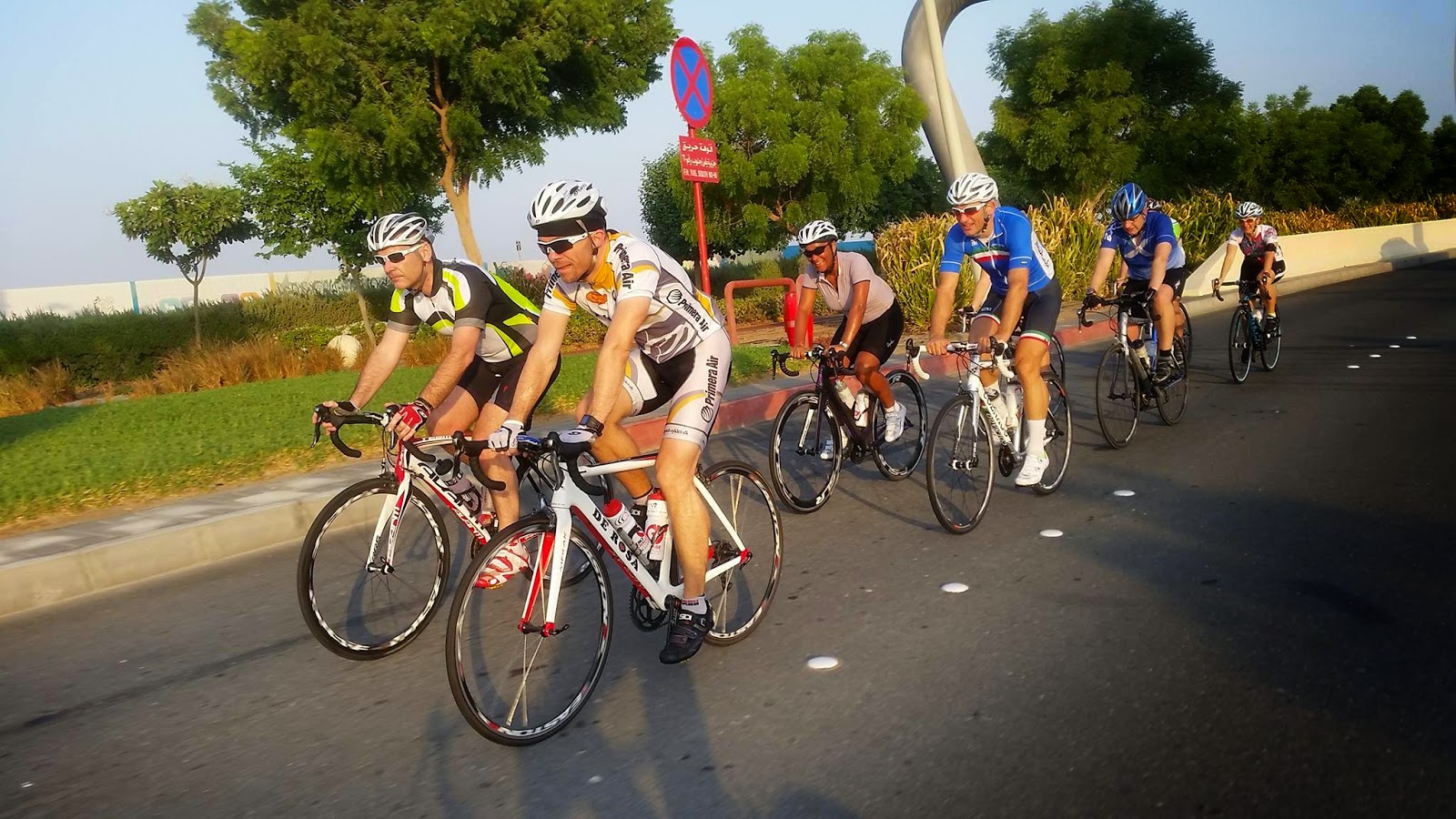 They did about 50k around Yas Island in a rather comfortable pace, and finished off with a coffee and a chat with the other riders. 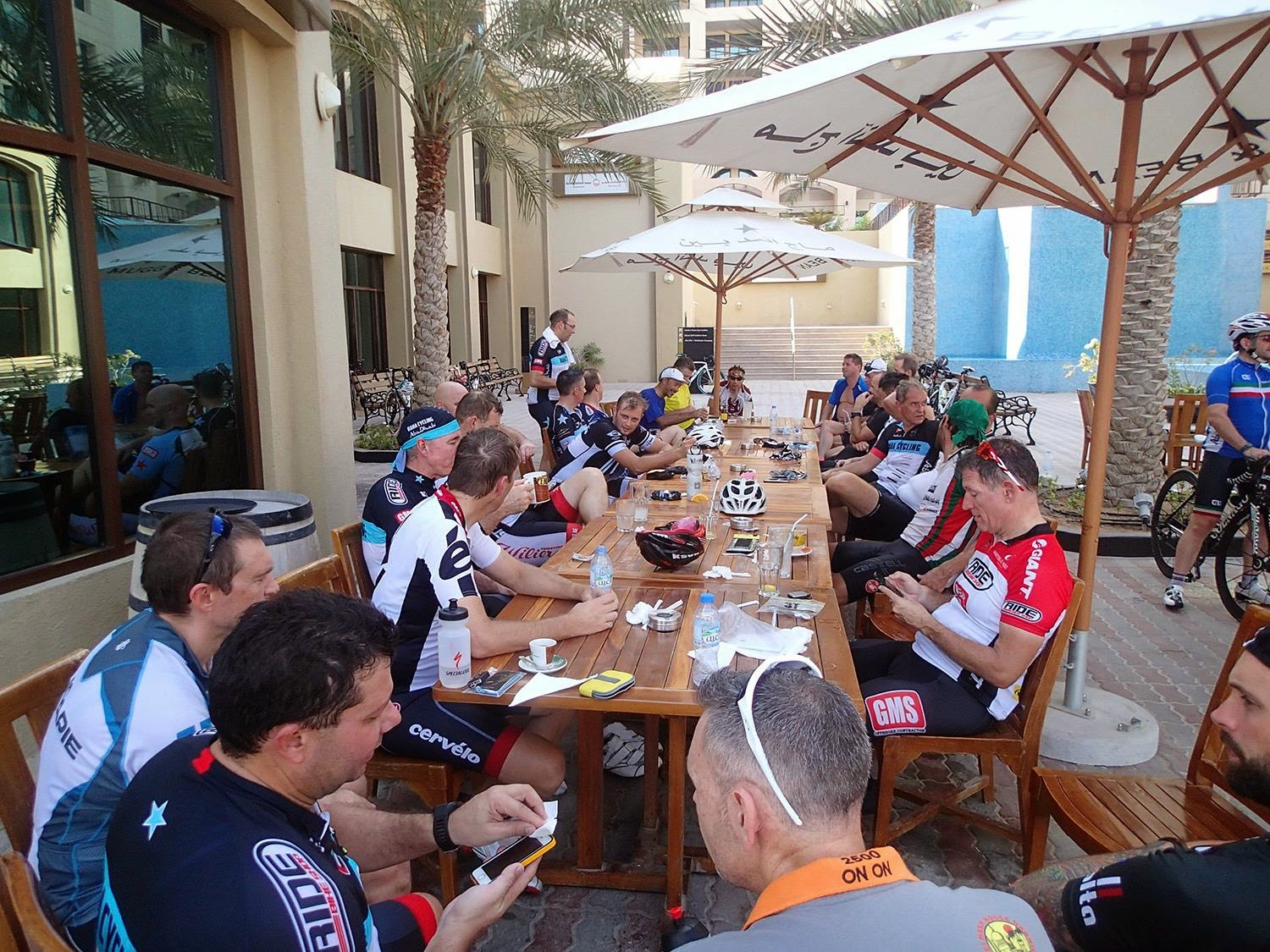 Nathan came home buzzing and happy to finally have been out on the roads again. He's already looking forward to next weeks ride!
Posted by MrsW at 20:44