Disney on ice - Rockin' ever after

The reason for our visit to Dubai this weekend was mainly to go to the Disney on Ice show "Rockin' ever after" at the WTC. It was a girls day out and Ida and Linnea were so excited! 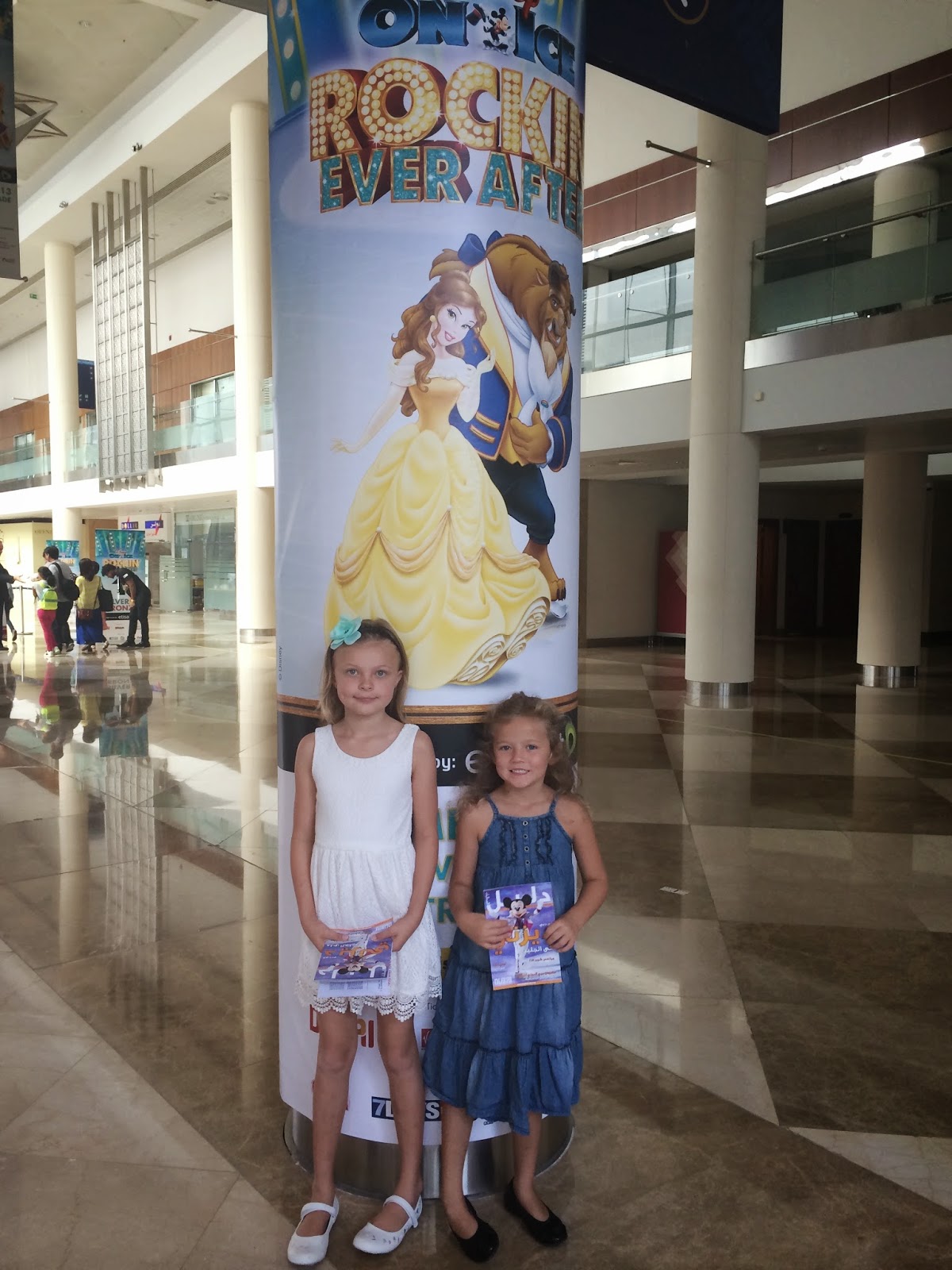 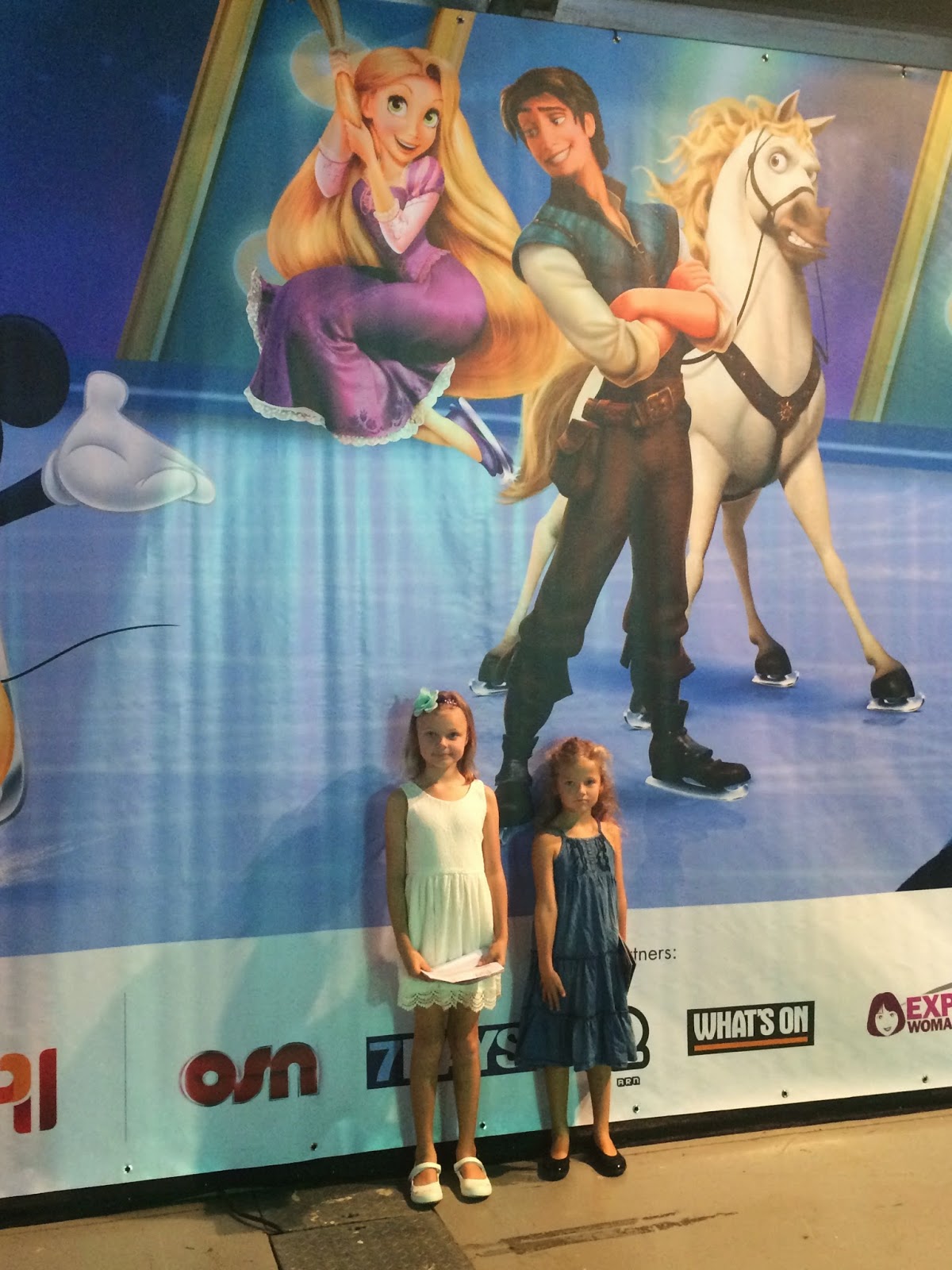 Well, to be honest, we were all pretty excited! 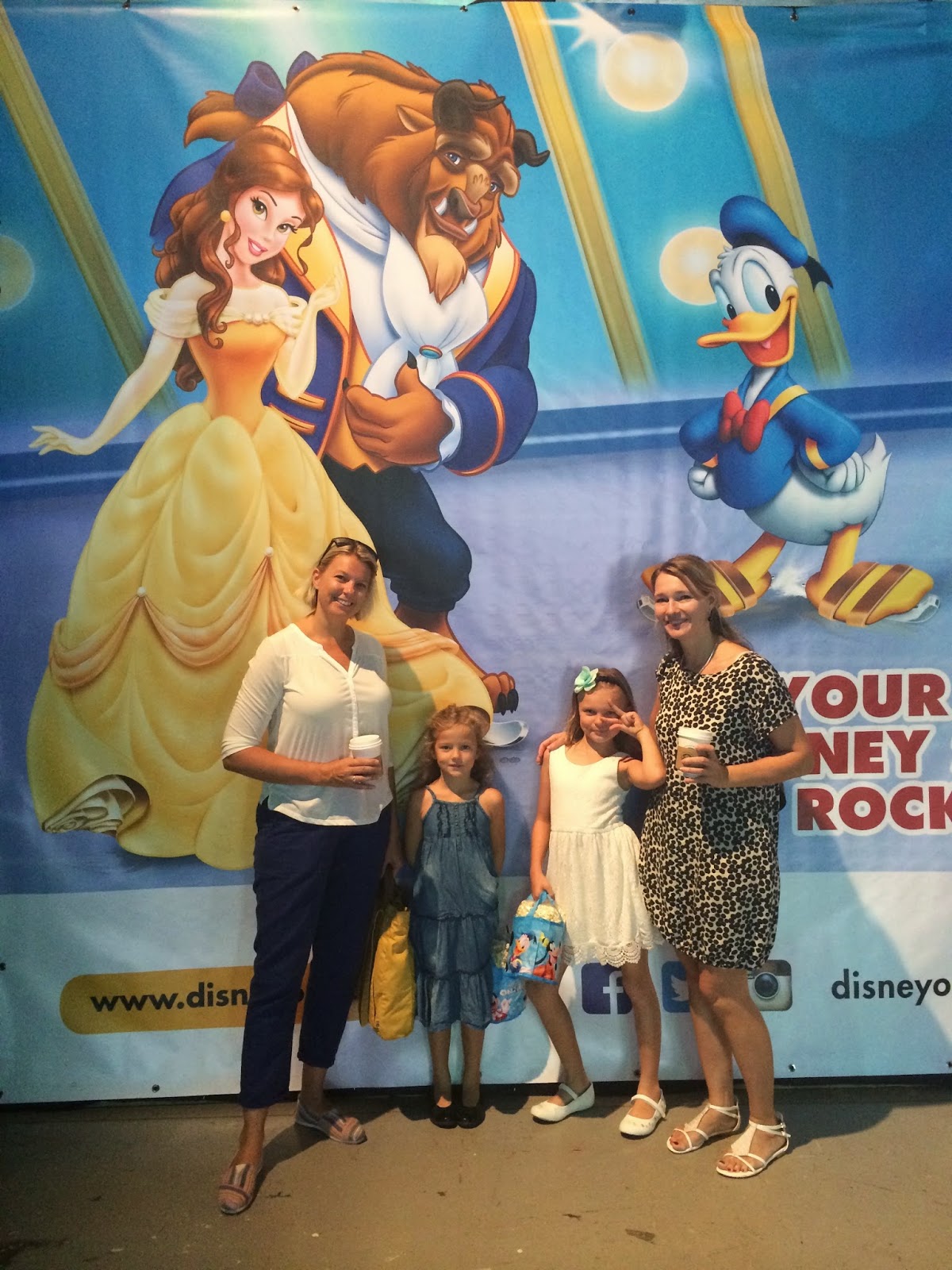 The Disney on Ice productions began back in 1981. They run over 8 productions and touring companies at any given time, all over the world. This "Rockin' ever after" show opened in 2012 and has toured already through USA, Canada and Mexico. 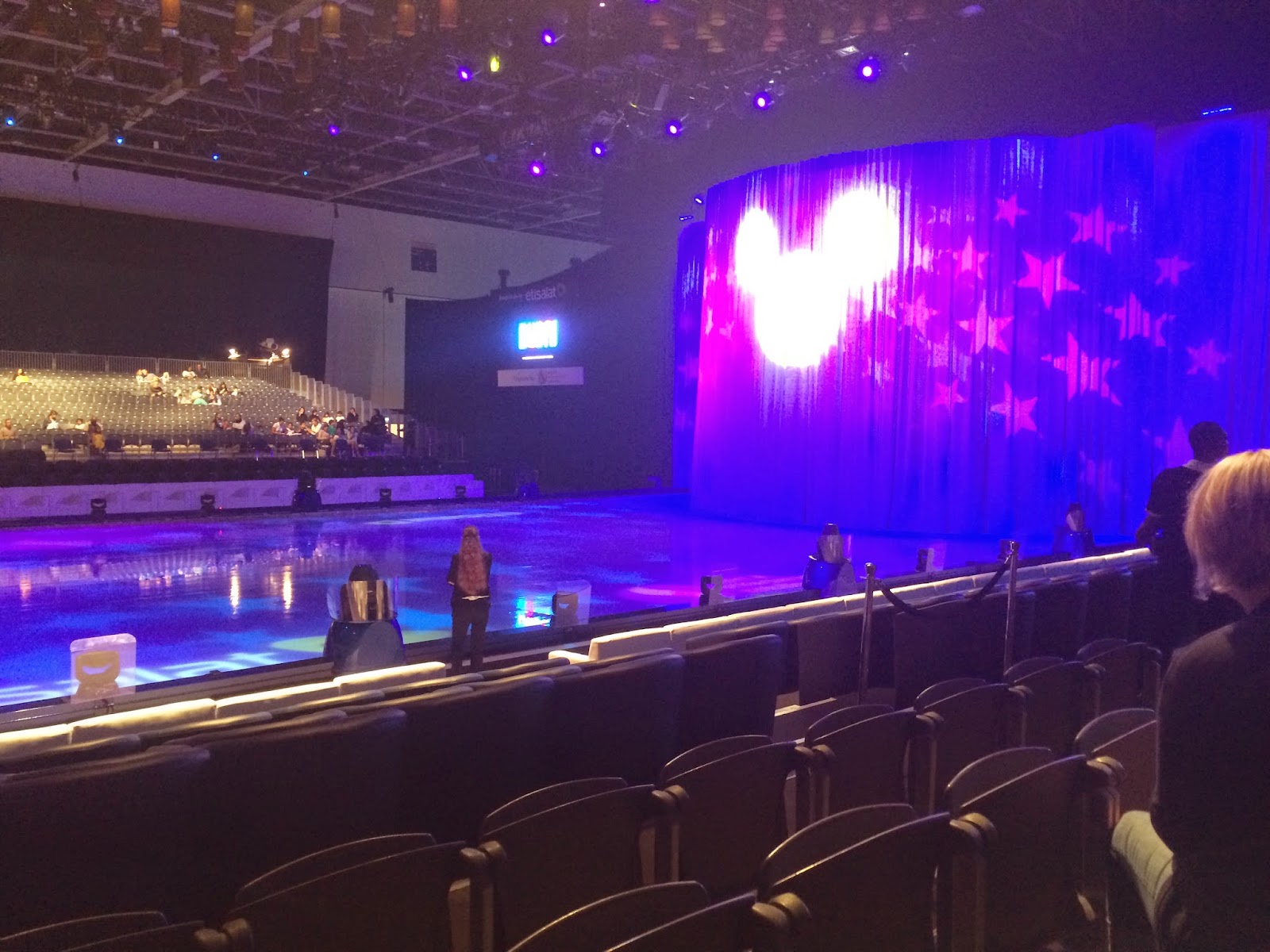 Clearly, Disney on Ice is big business, with a lot of souvenir stands and snacks offered outside the arena. We had promised the girls some popcorn, and it was probably the most expensive popcorn we have ever bought - Dhs60 for each little bag!! Ah well... 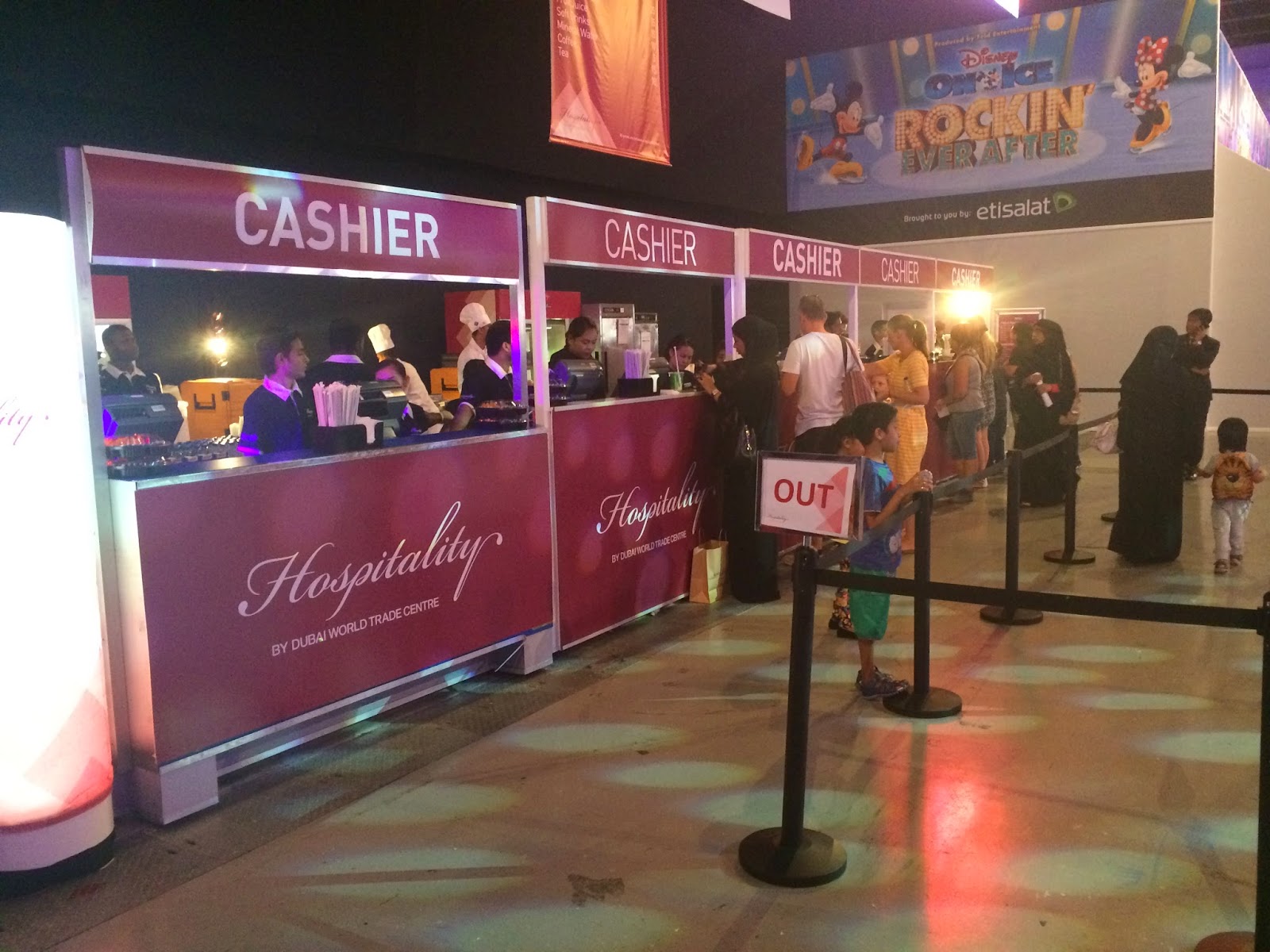 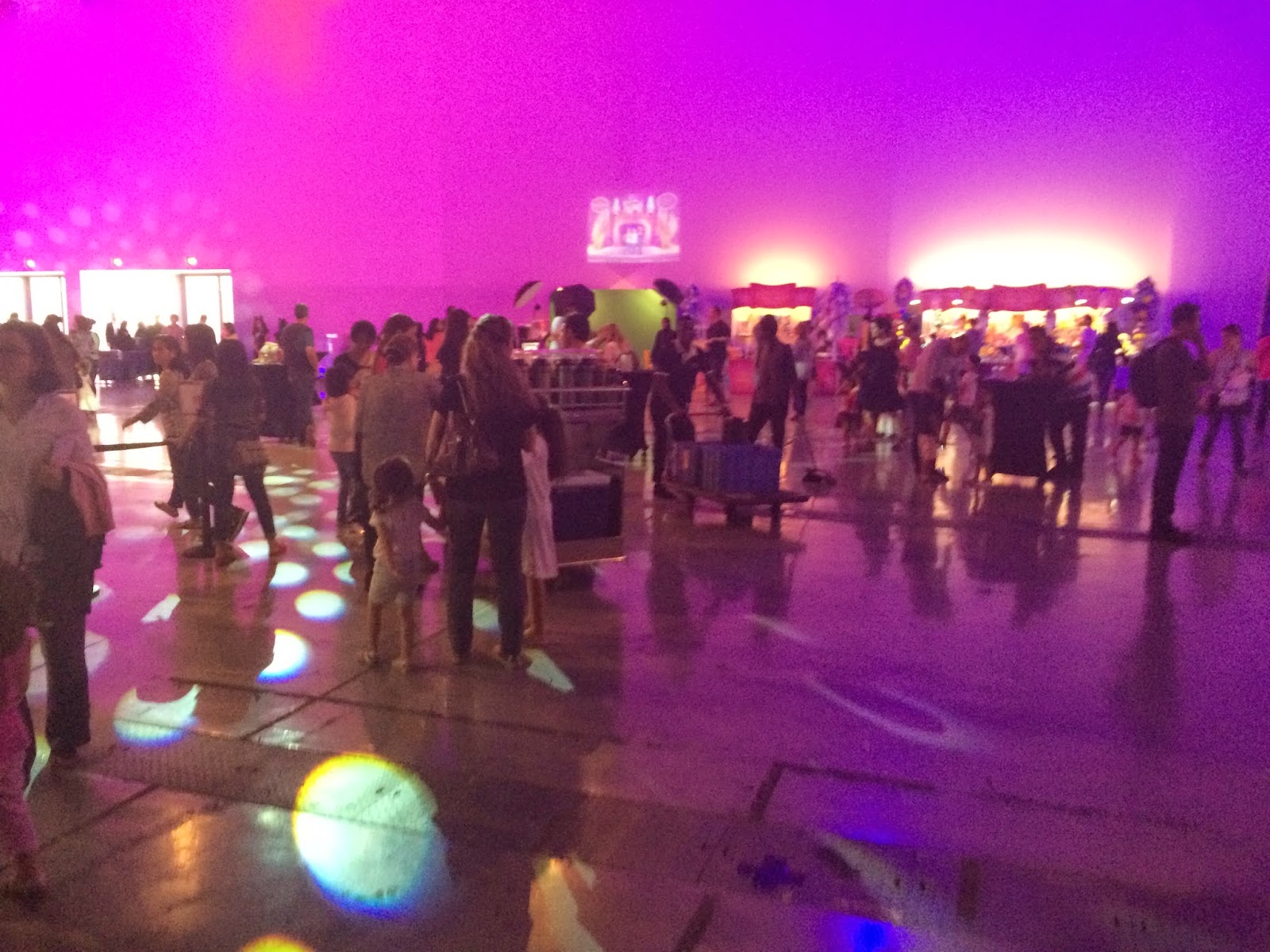 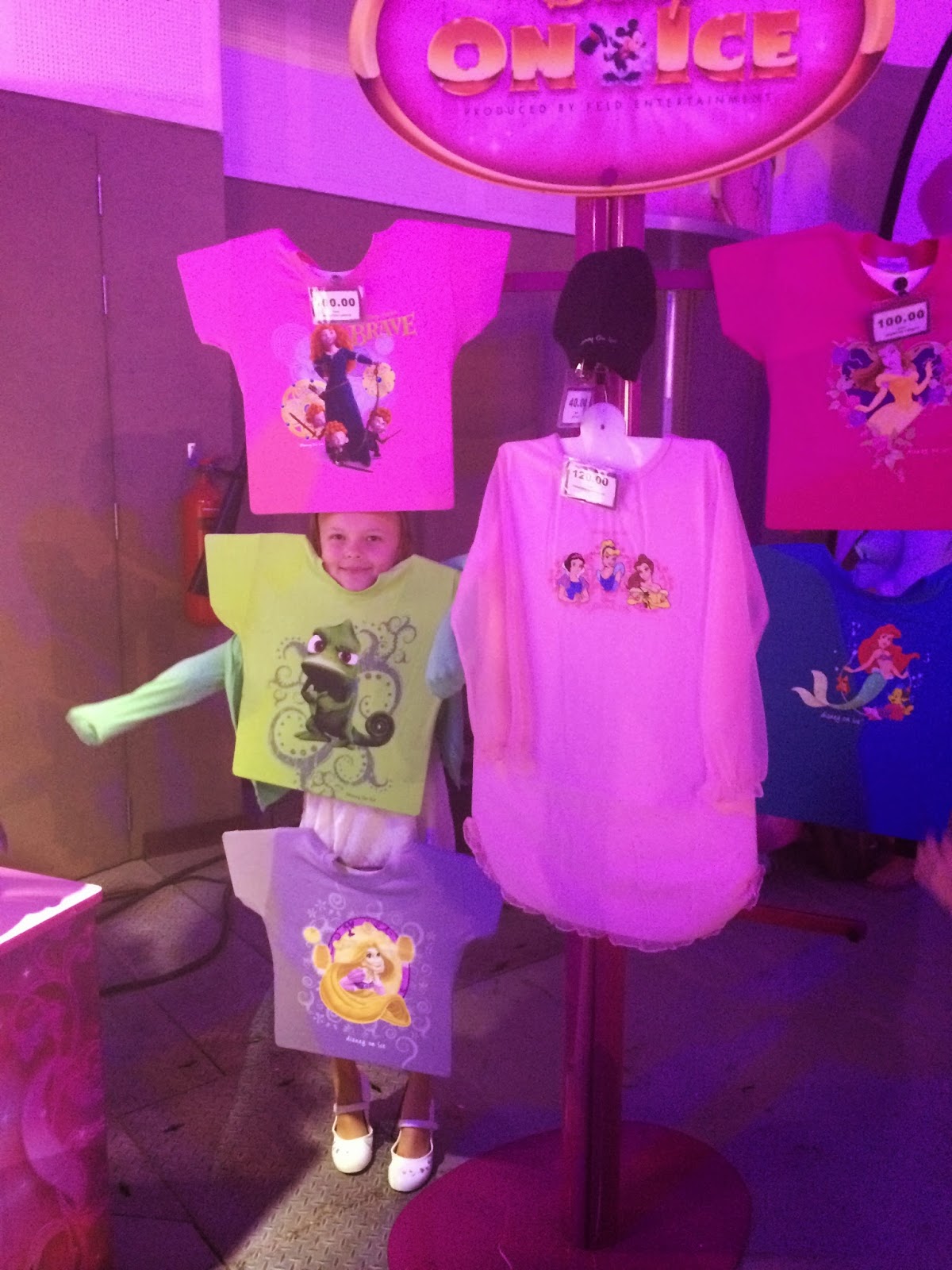 The arena wasn't completely filled up, but then again they had several shows each day all weekend.  We had good seats on perfect distance from the rink to get a good overview. Tickets weren't cheap, but then again we could have chosen the big white leather VVVIP armchairs just by the rink, for only Dhs2,000 each... 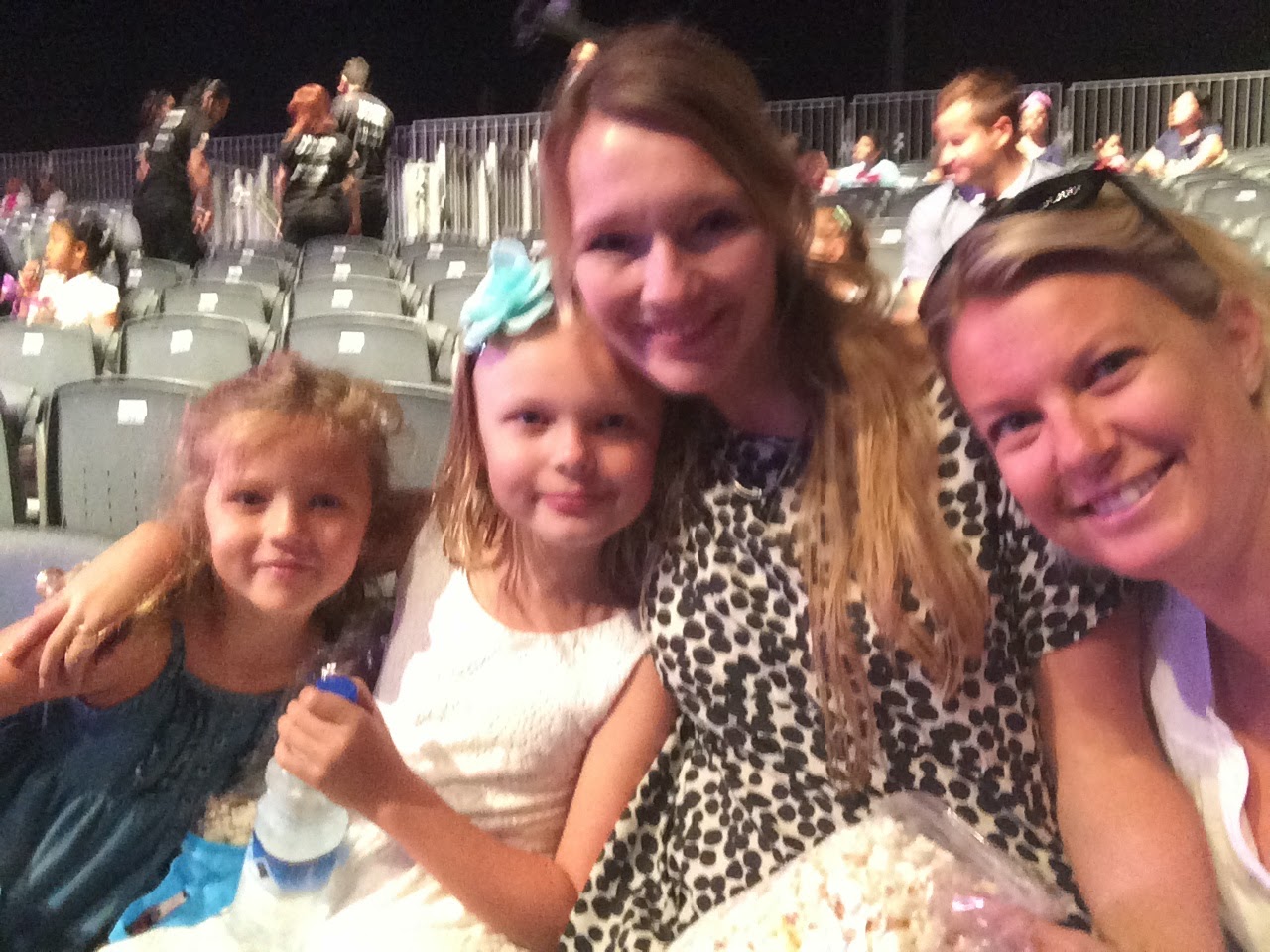 Then, it started! There they were - the hosts, Mickey and Minnie! 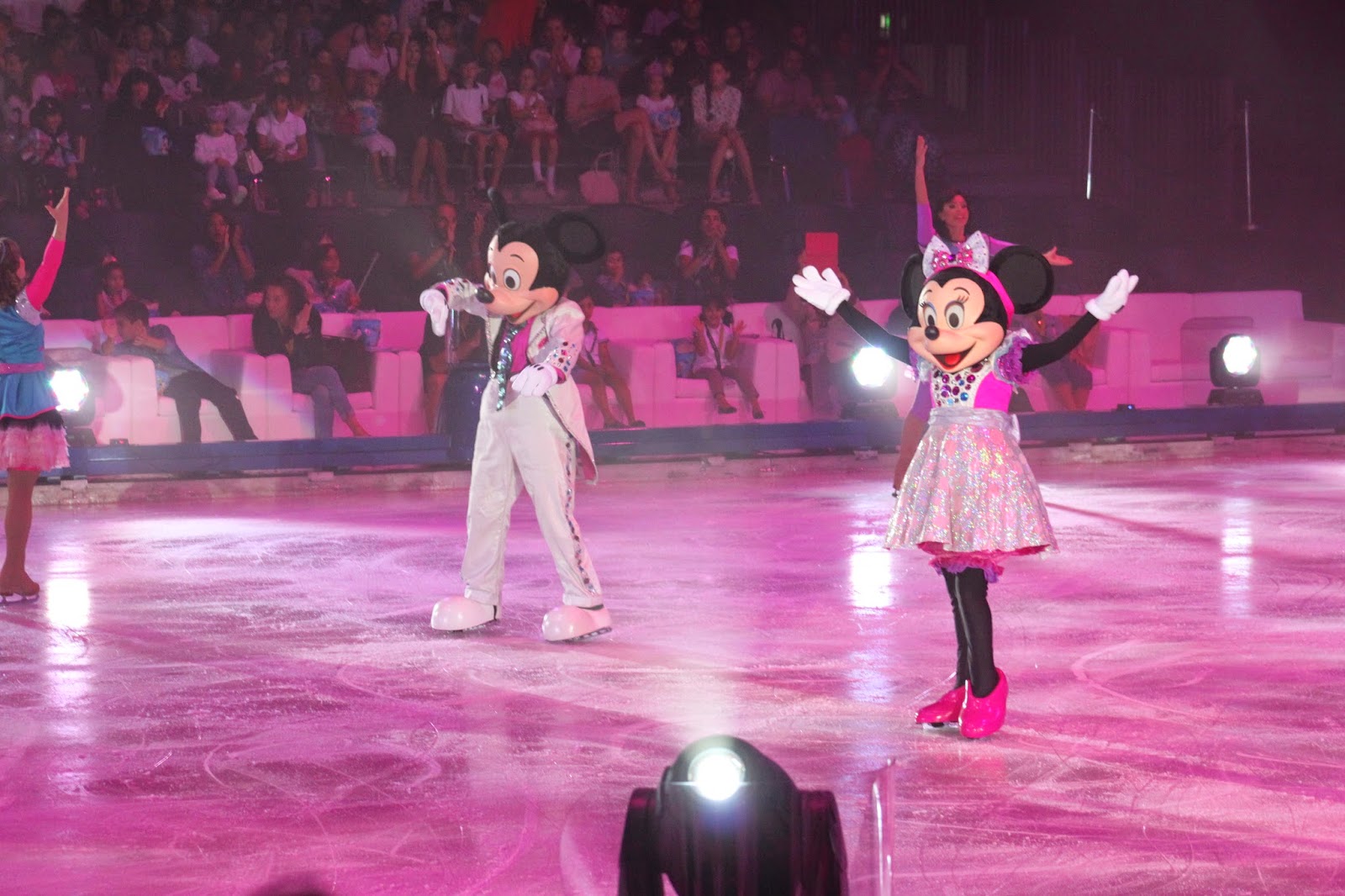 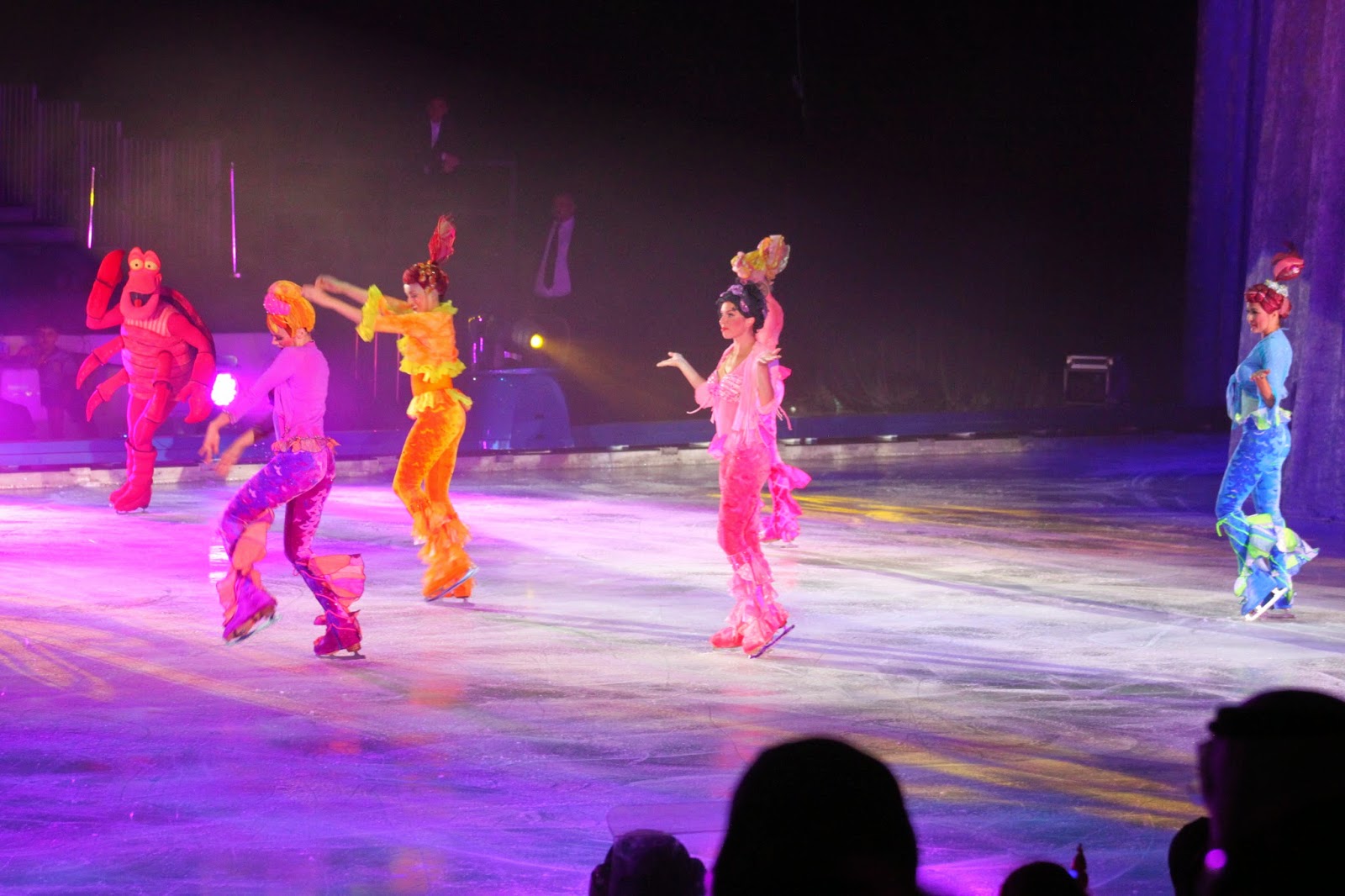 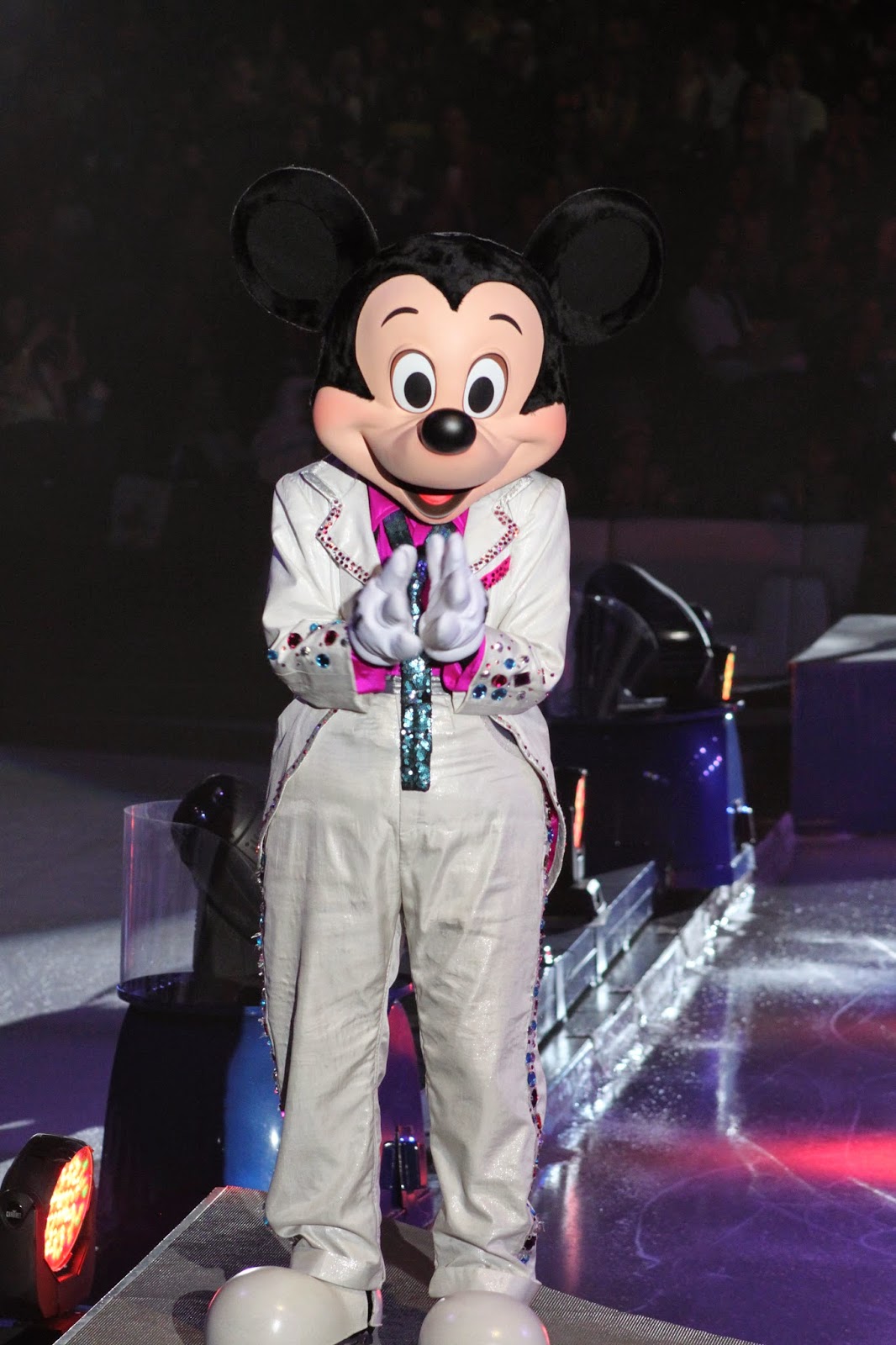 This is a colossal show, with about 40 cast members and 180 different costumes in total! I read in the program there is a 64 person team with 13 trucks that handle and transport all the lights and equipment for the show.

We got to meet many of the well known Disney figures, and my favourite part by far was 'The Little Mermaid' part. So beautiful! The costumes, the decor, the fish, the lights... aaahhh... 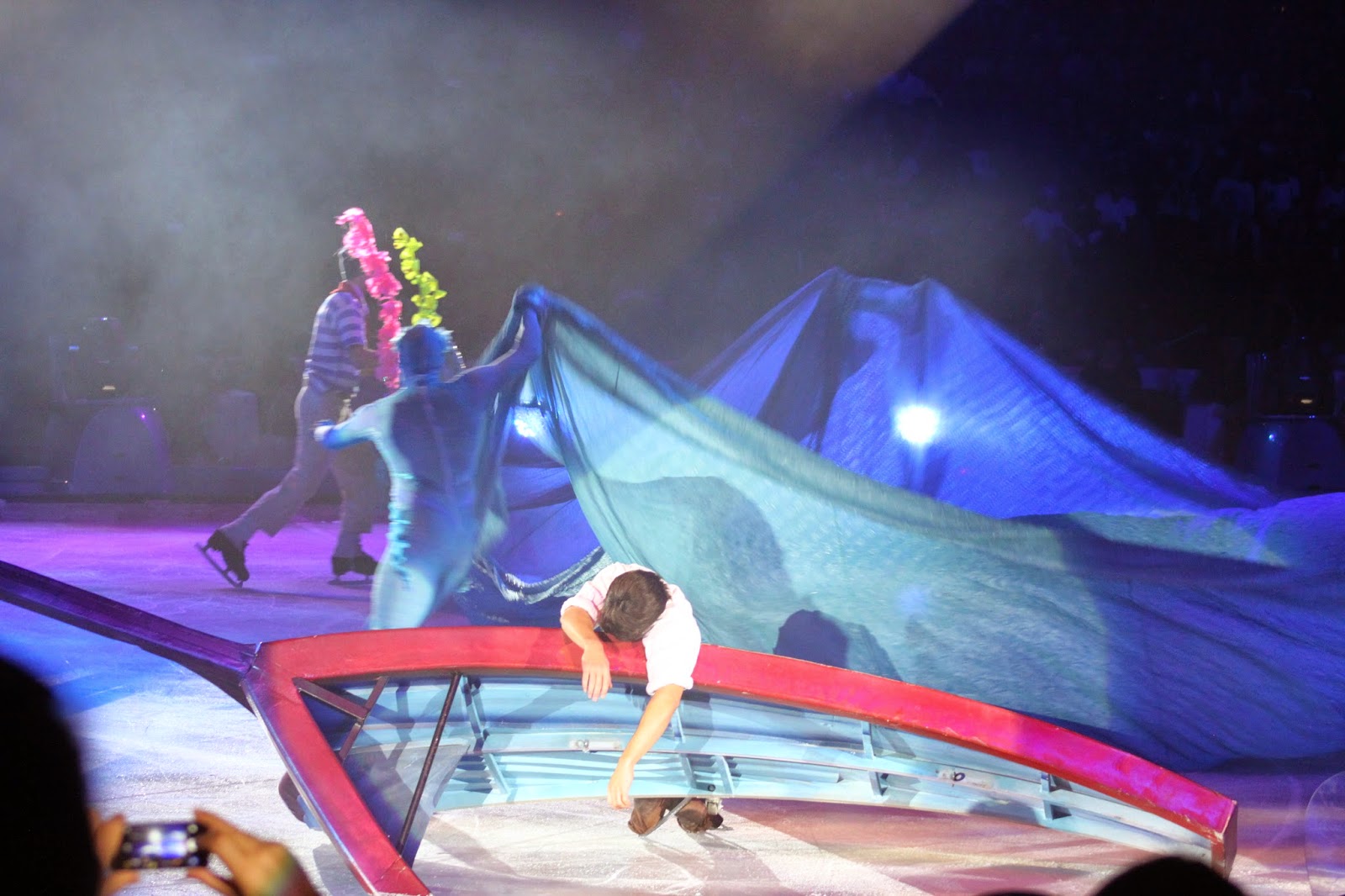 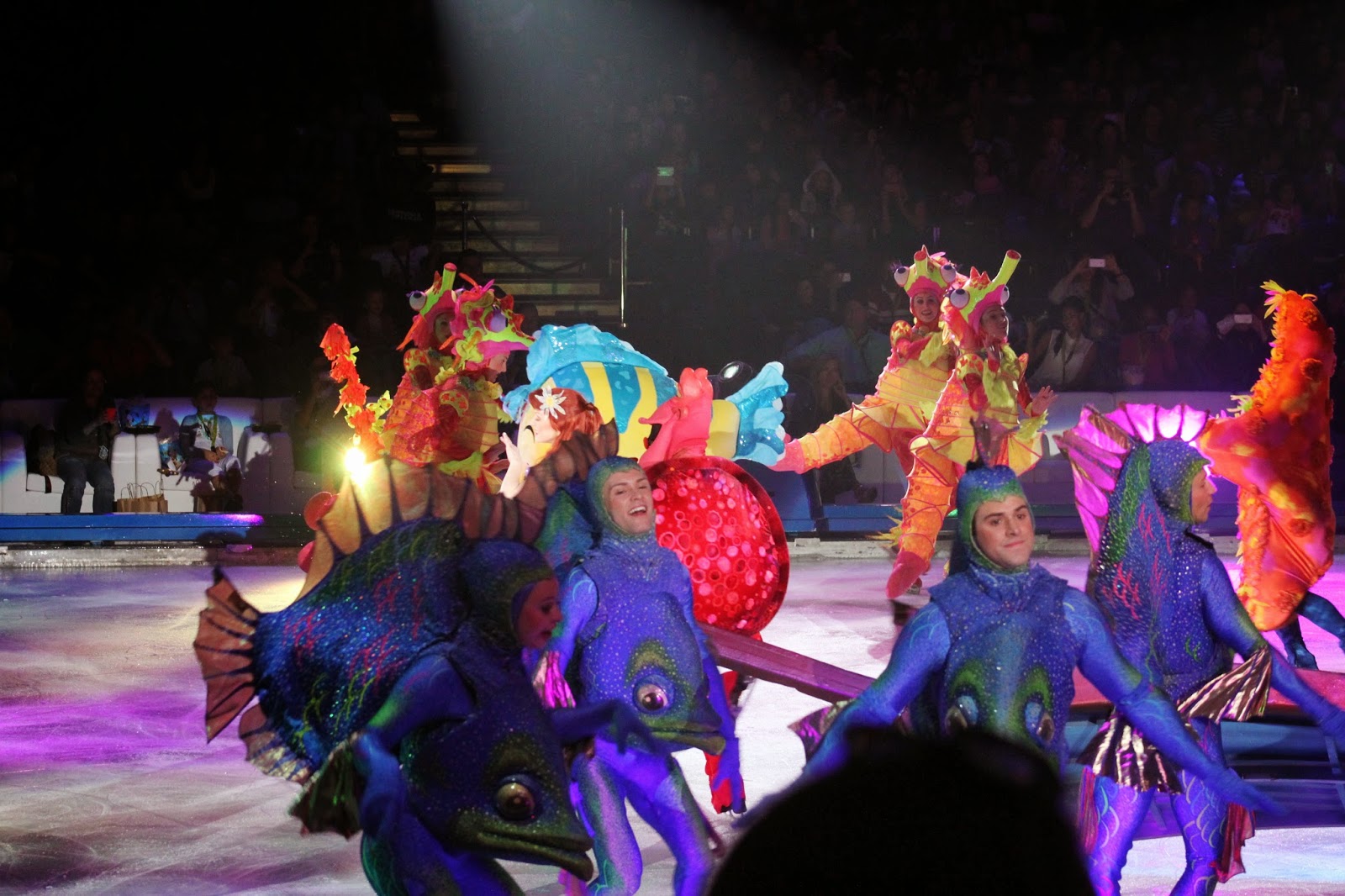 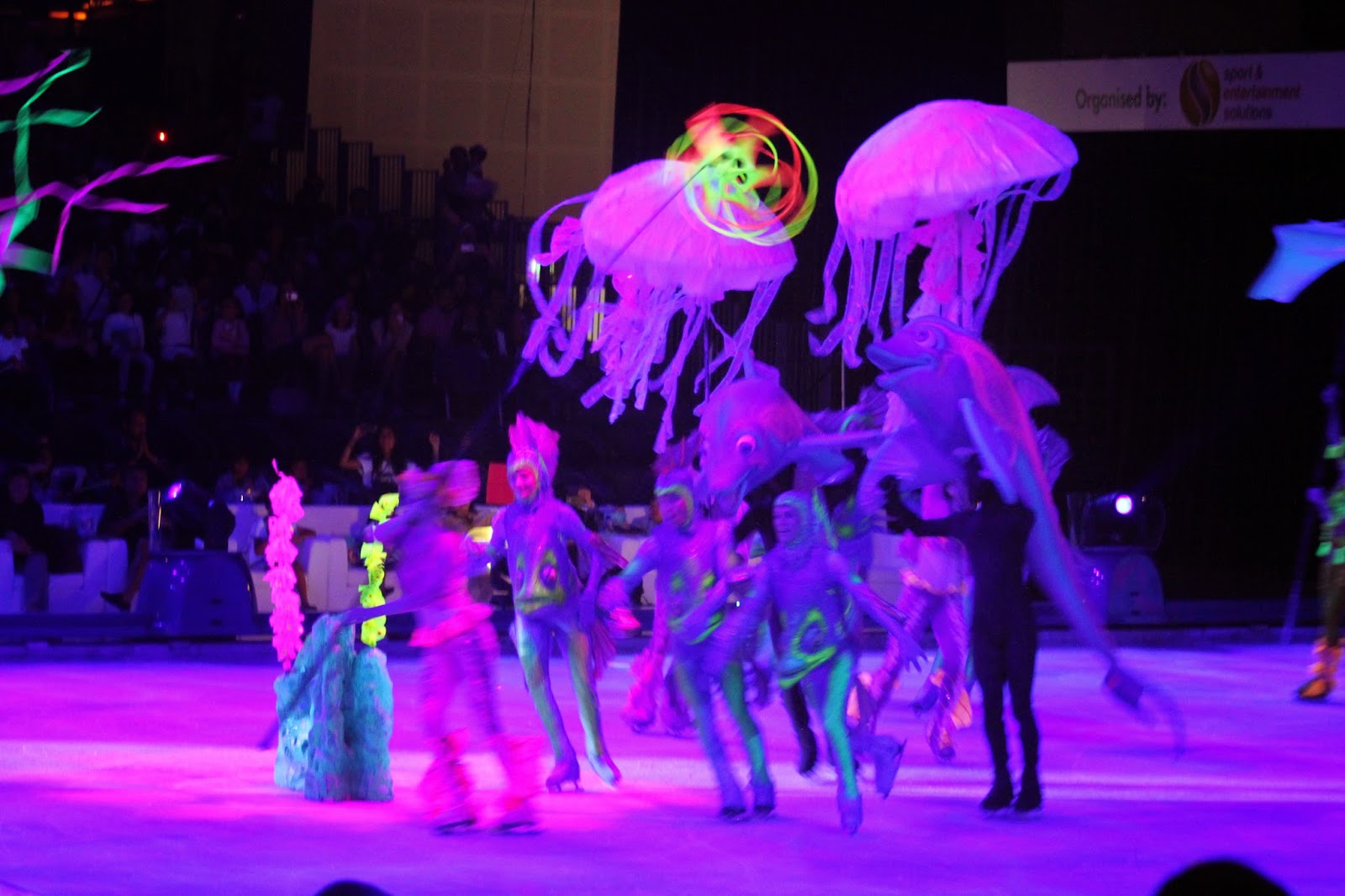 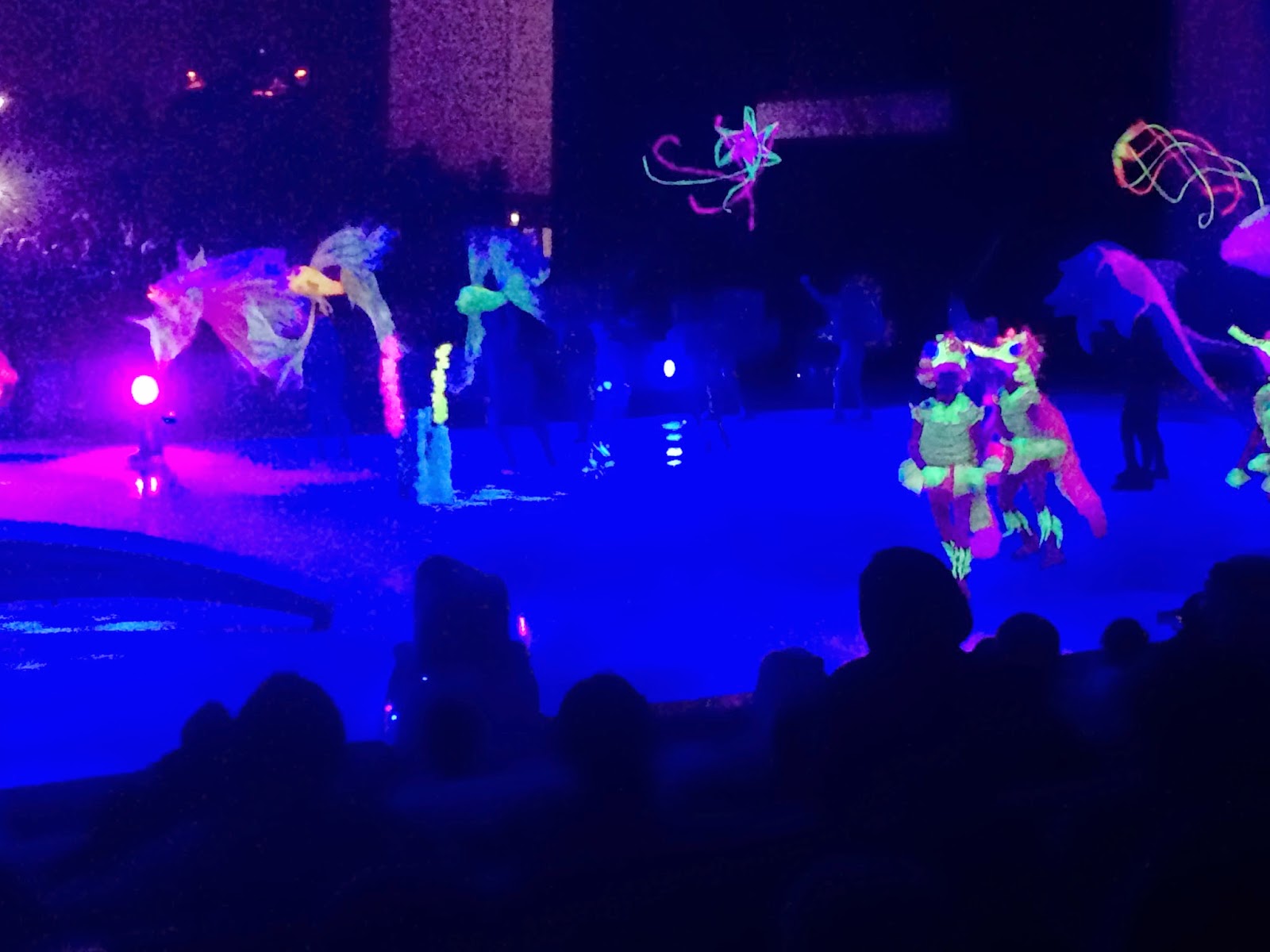 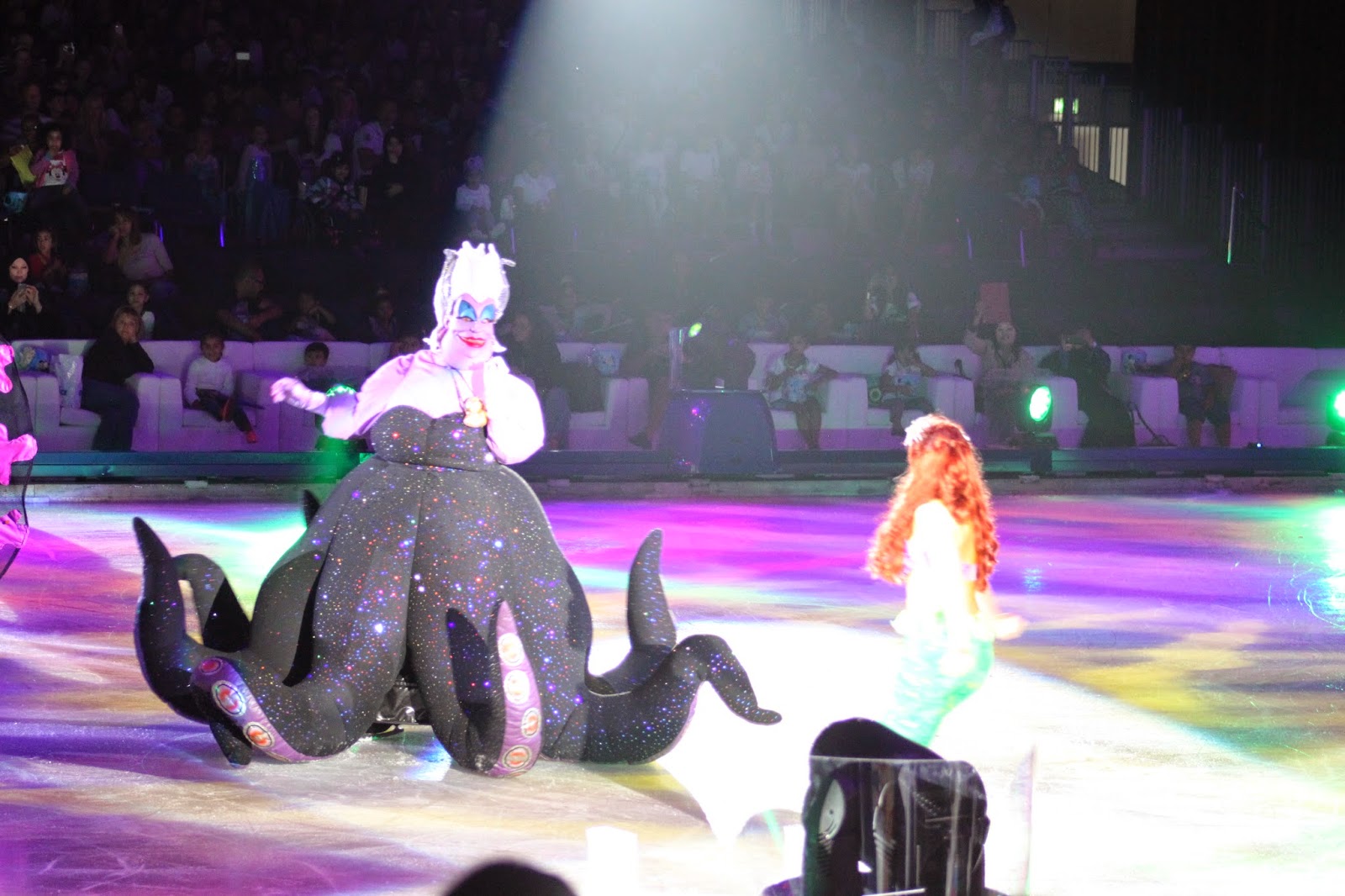 The girls seemed to like the "Tangled" part - and they were most impressed with the big horse on skates! 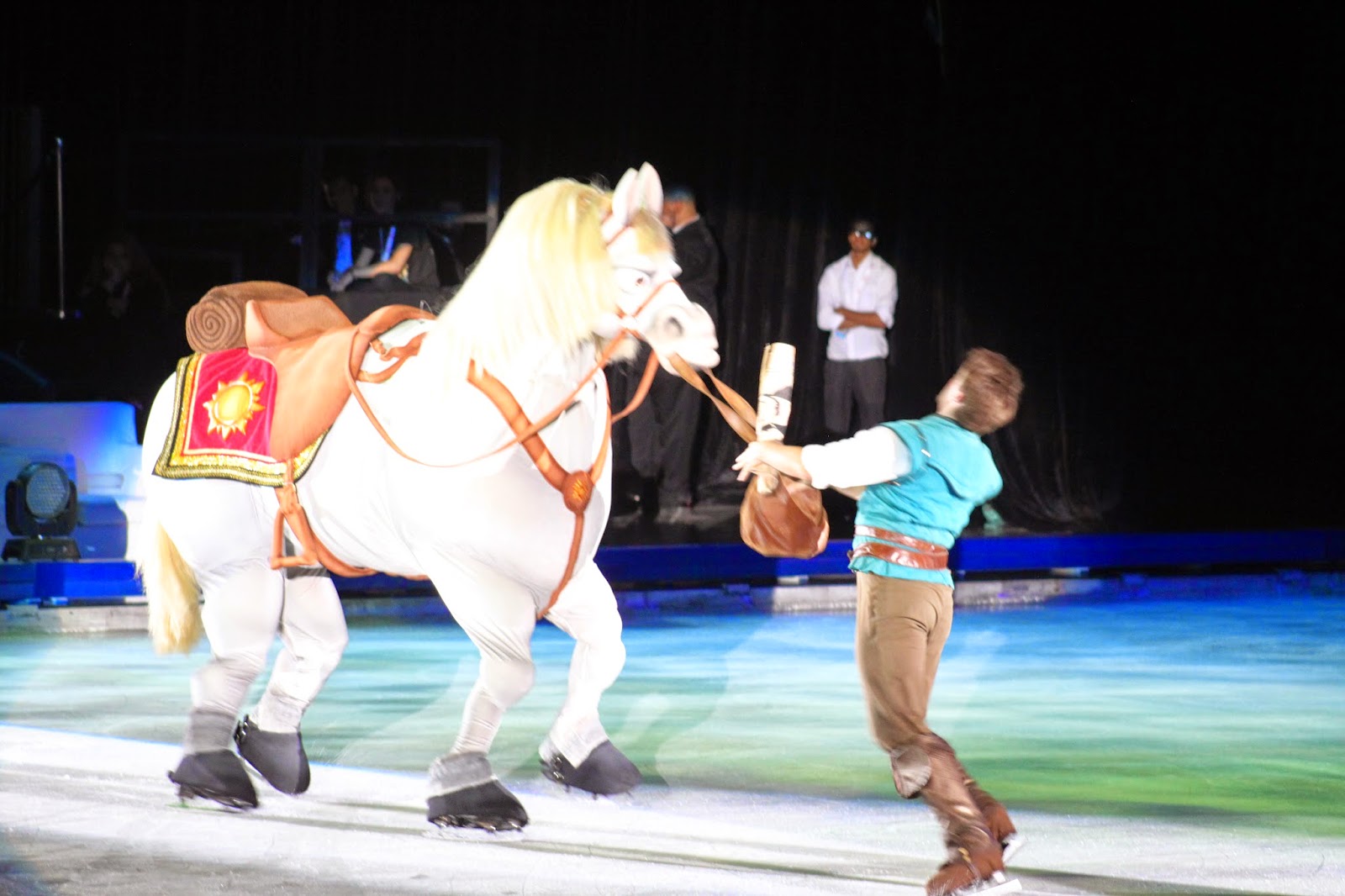 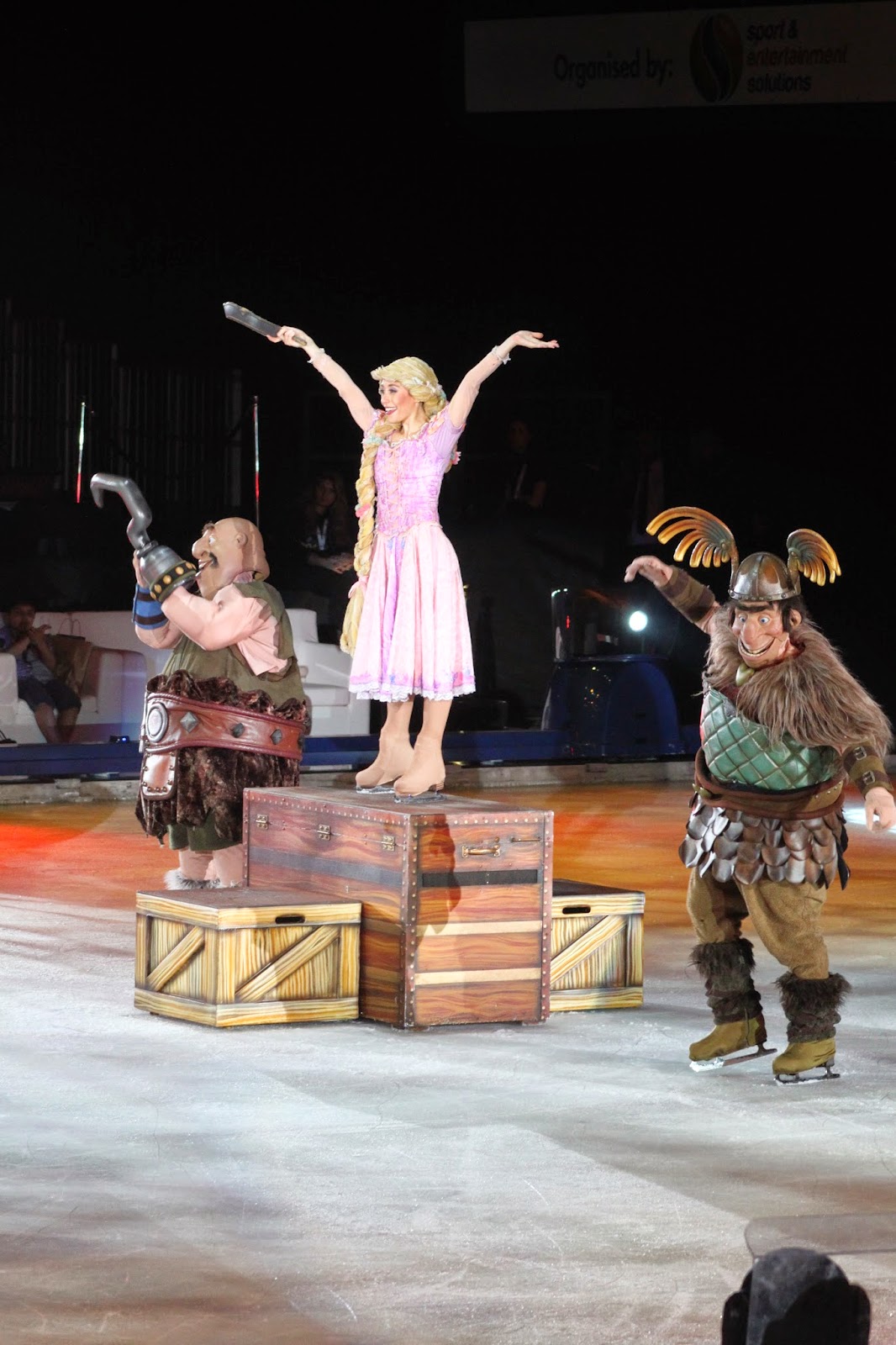 We also got to meet Merida: 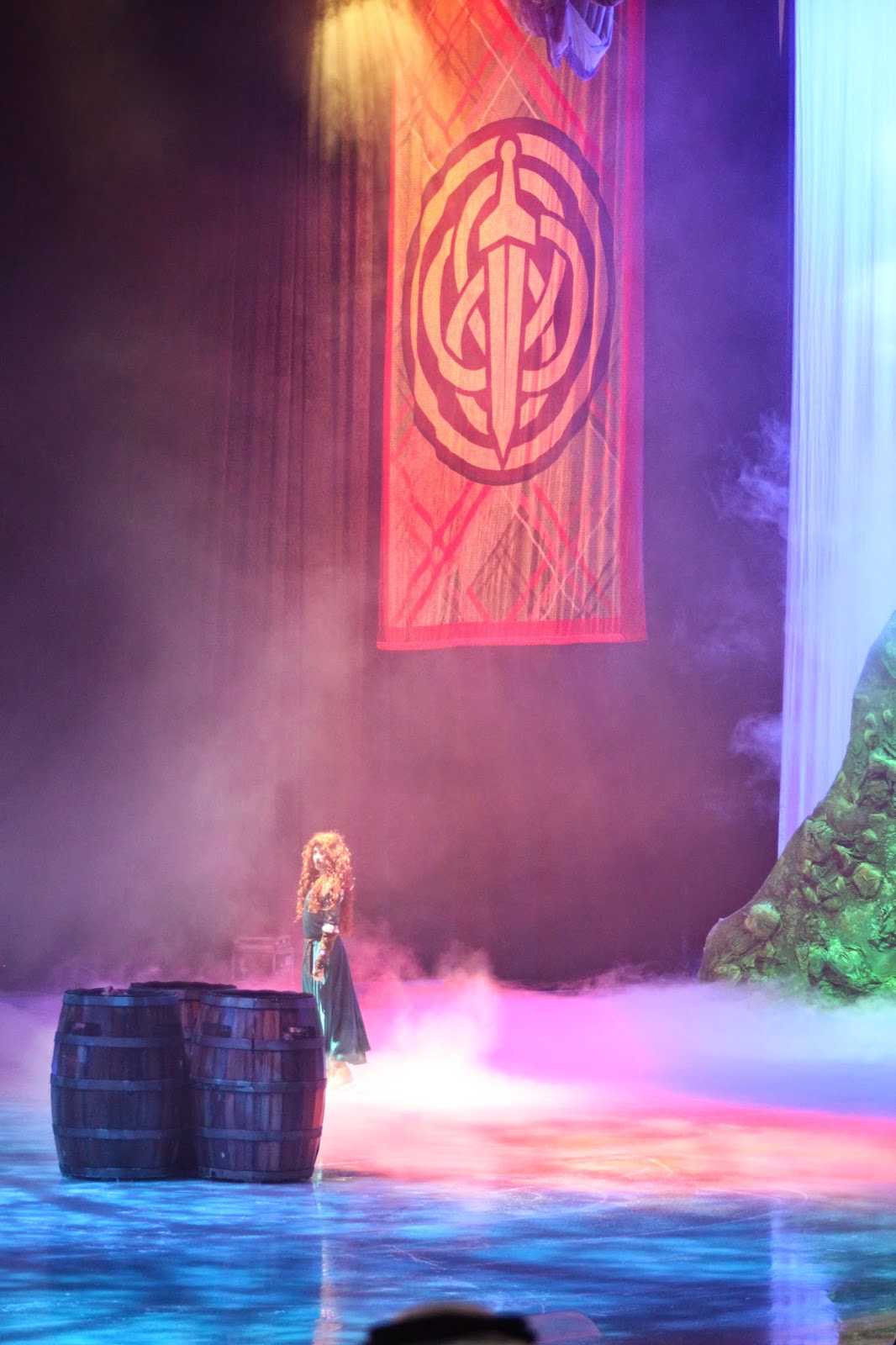 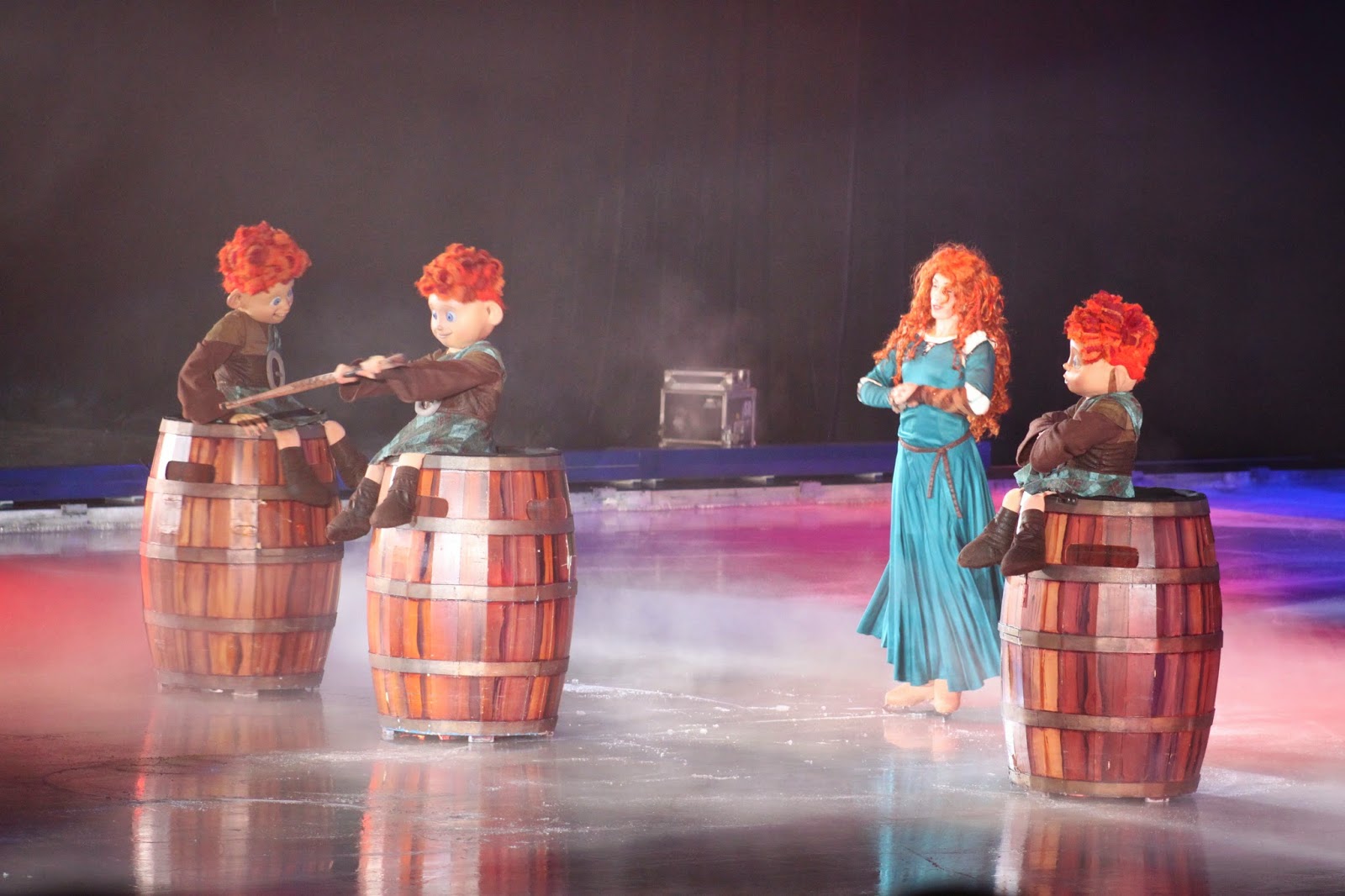 The final part was a Disney on Ice classic - "The Beauty and the Beast": 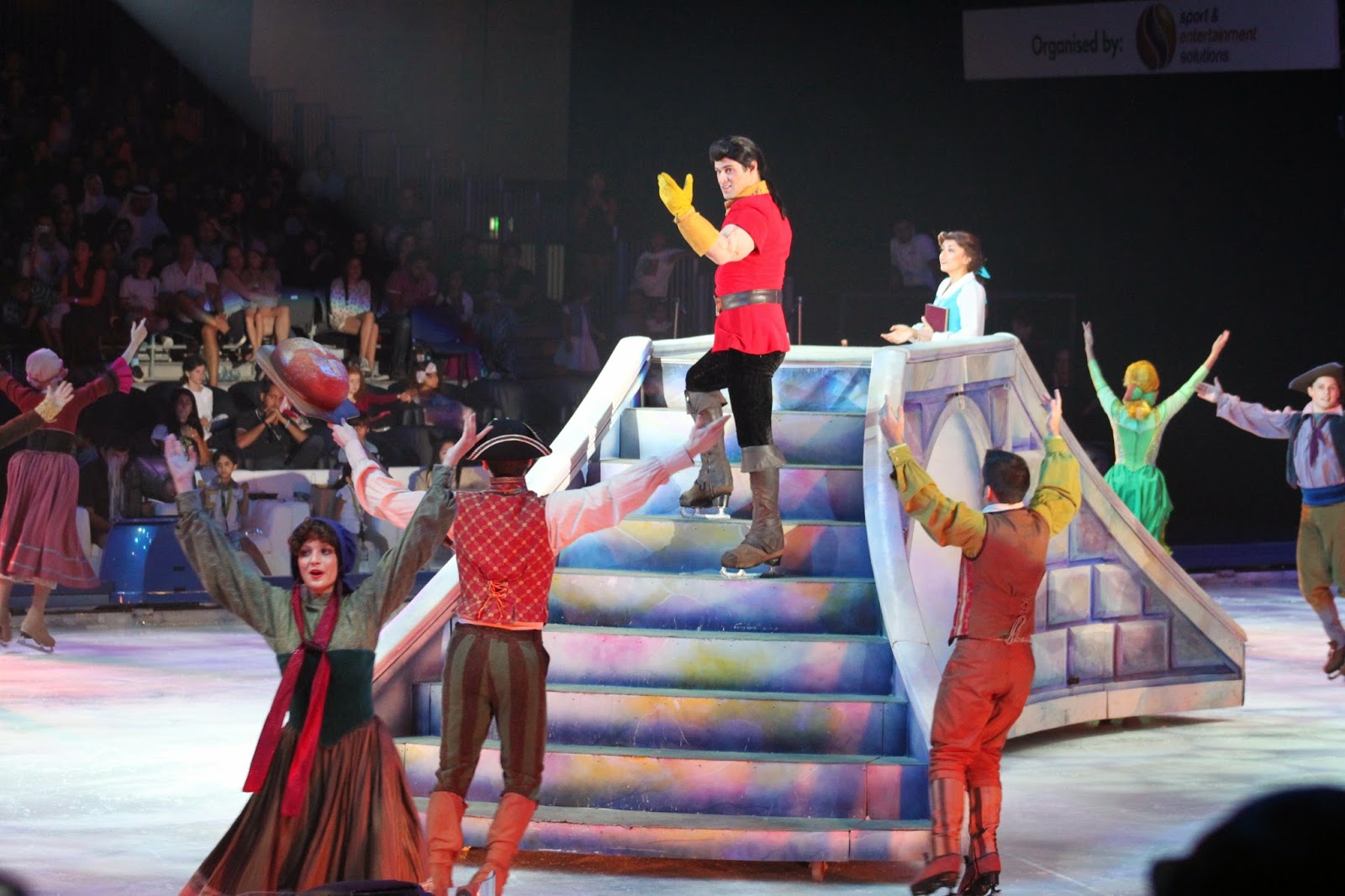 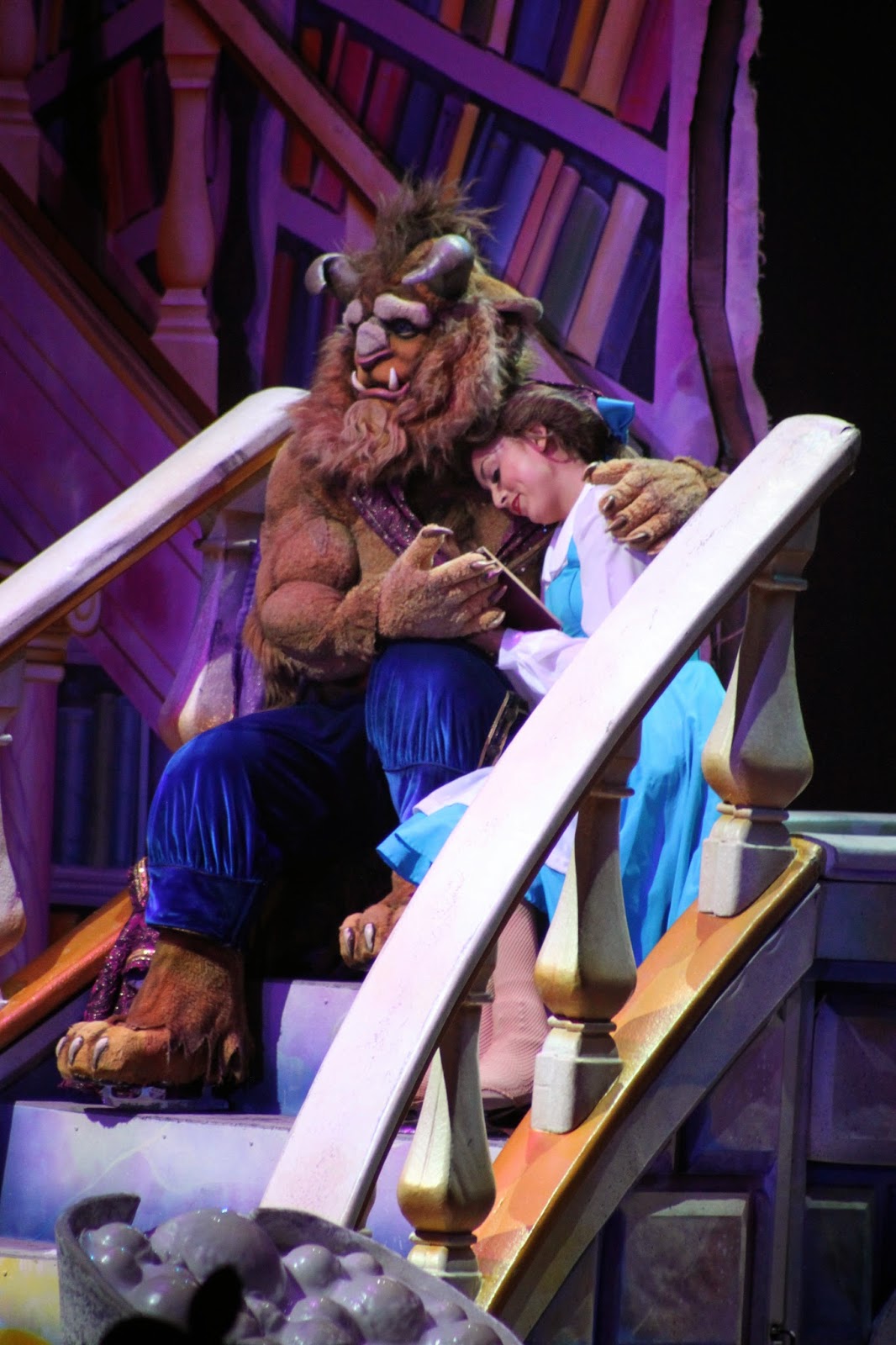 The big finale, with all the princesses in their fanciest dresses: 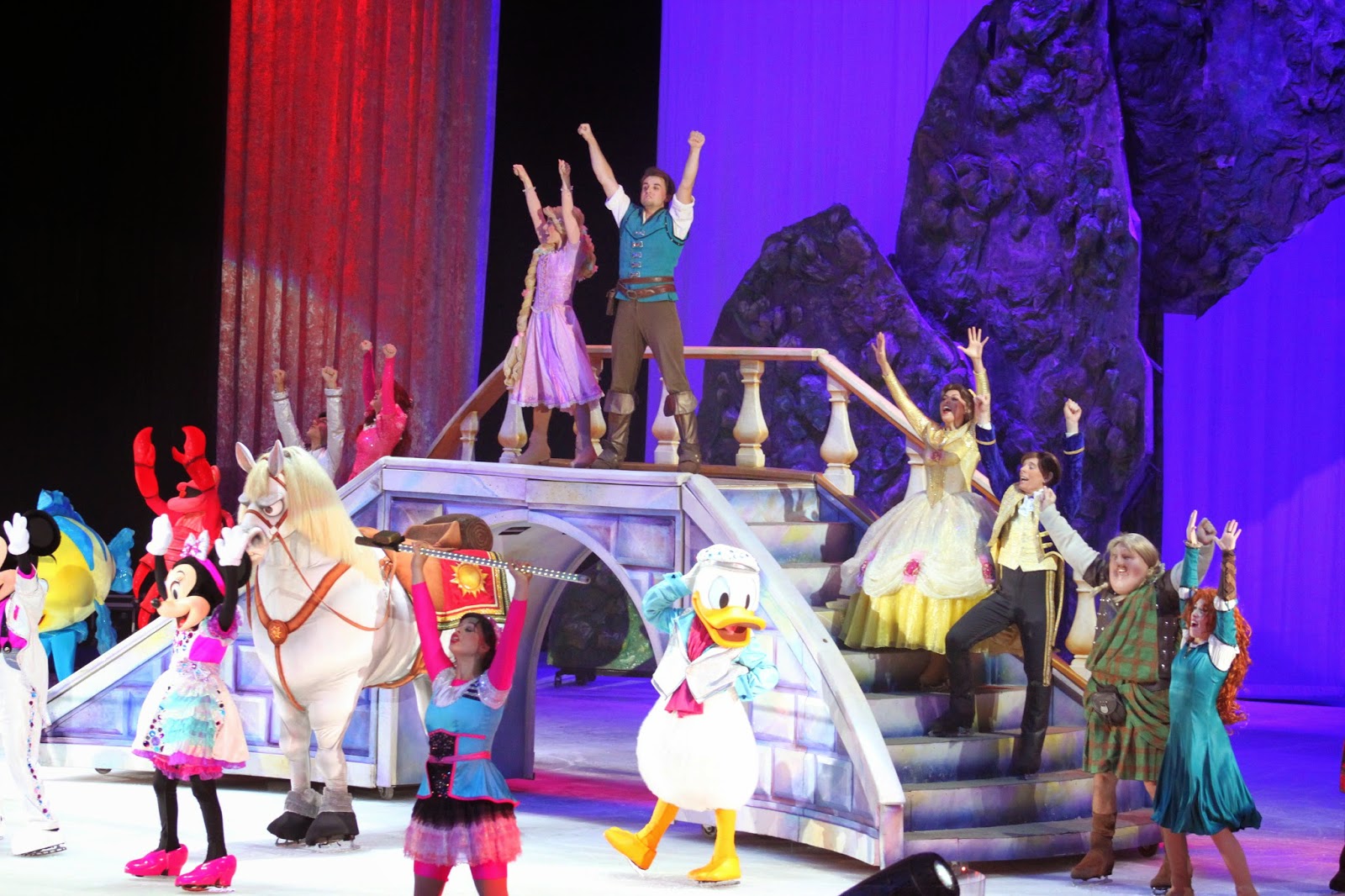 What a show! We certainly had a fab time!
Now we are hoping that the Disney on Ice "Frozen" will make it here, before the girls get too big to enjoy it. But then again, do you ever? ;)
Posted by MrsW at 10:48