Uncle Kieran arrived a few days after the rest of the family and it was time to go on adventures.
I had heard about a new exhibition at the Saadyiat, which was supposed to be pretty cool, so we decided to check it out. It was called 'Seeing through light: Selections from the Guggenheim Abu Dhabi Collection'.

It took us through five sections that examined light in various ireations: Activated, Celestial, Perceptual, Reflected and Transcendent. I must say though, maybe I'm not quite cut out for modern art, but I didn't quite "get it" all... Yes, some of it was beautiful, but I didn't really "interpret" much of it, or "immerse" myself in it... ha ha! Actually I think it was a little over all of our heads. 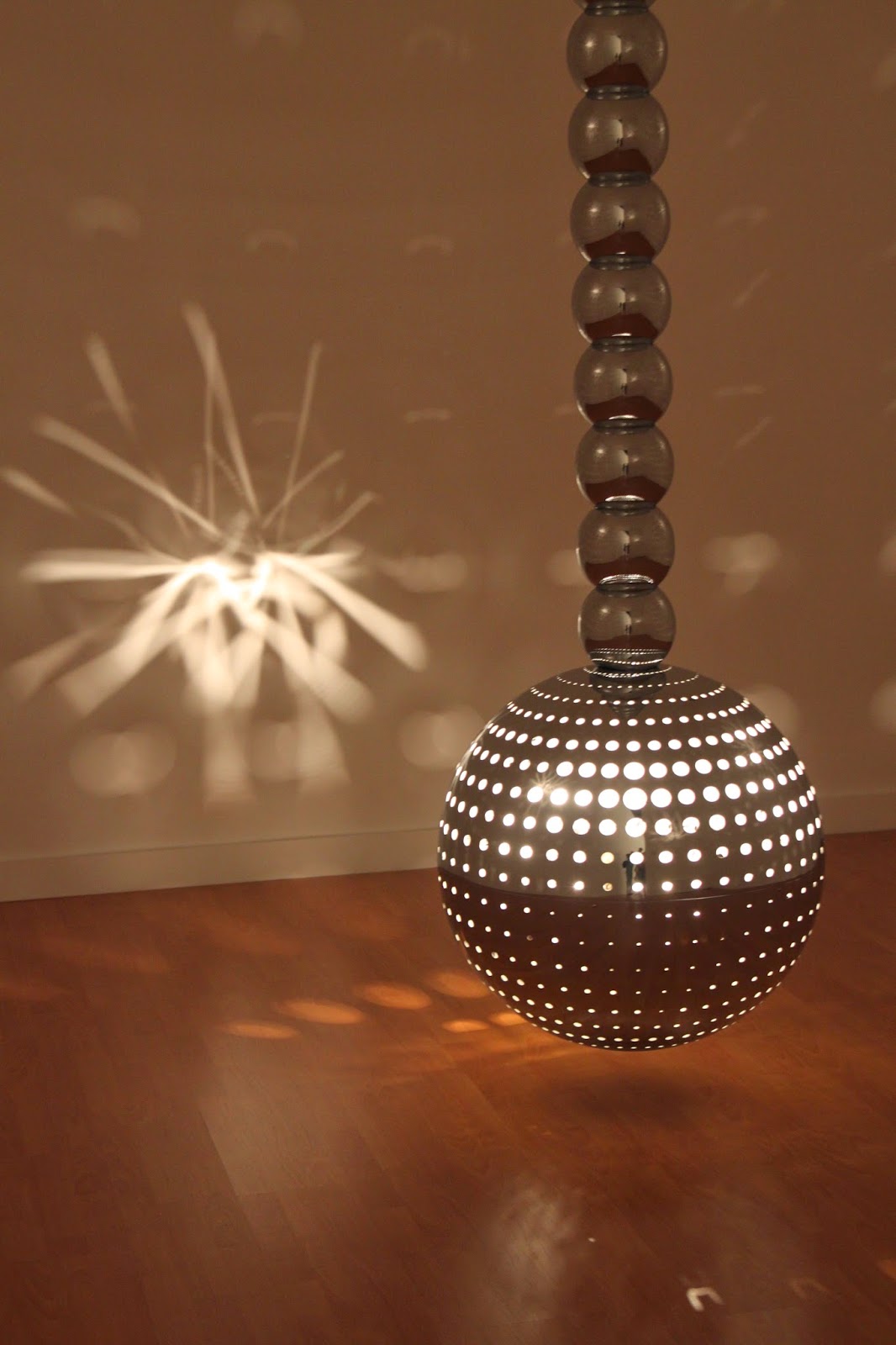 This room was super cool though - with little lights hanging down from the ceiling that kept changing colour, lots of mirrors everywhere and even water on the floor to reflect the light: 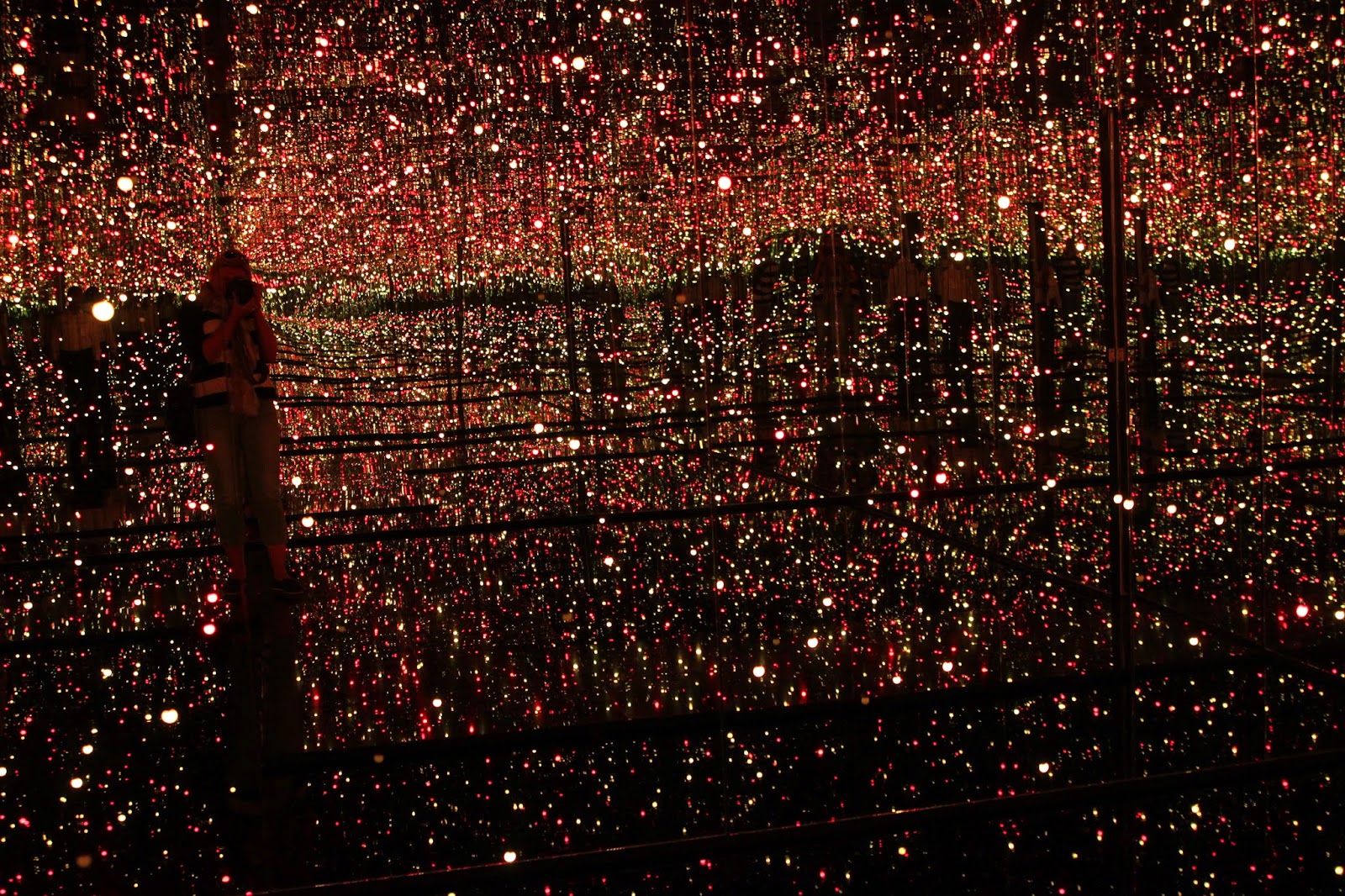 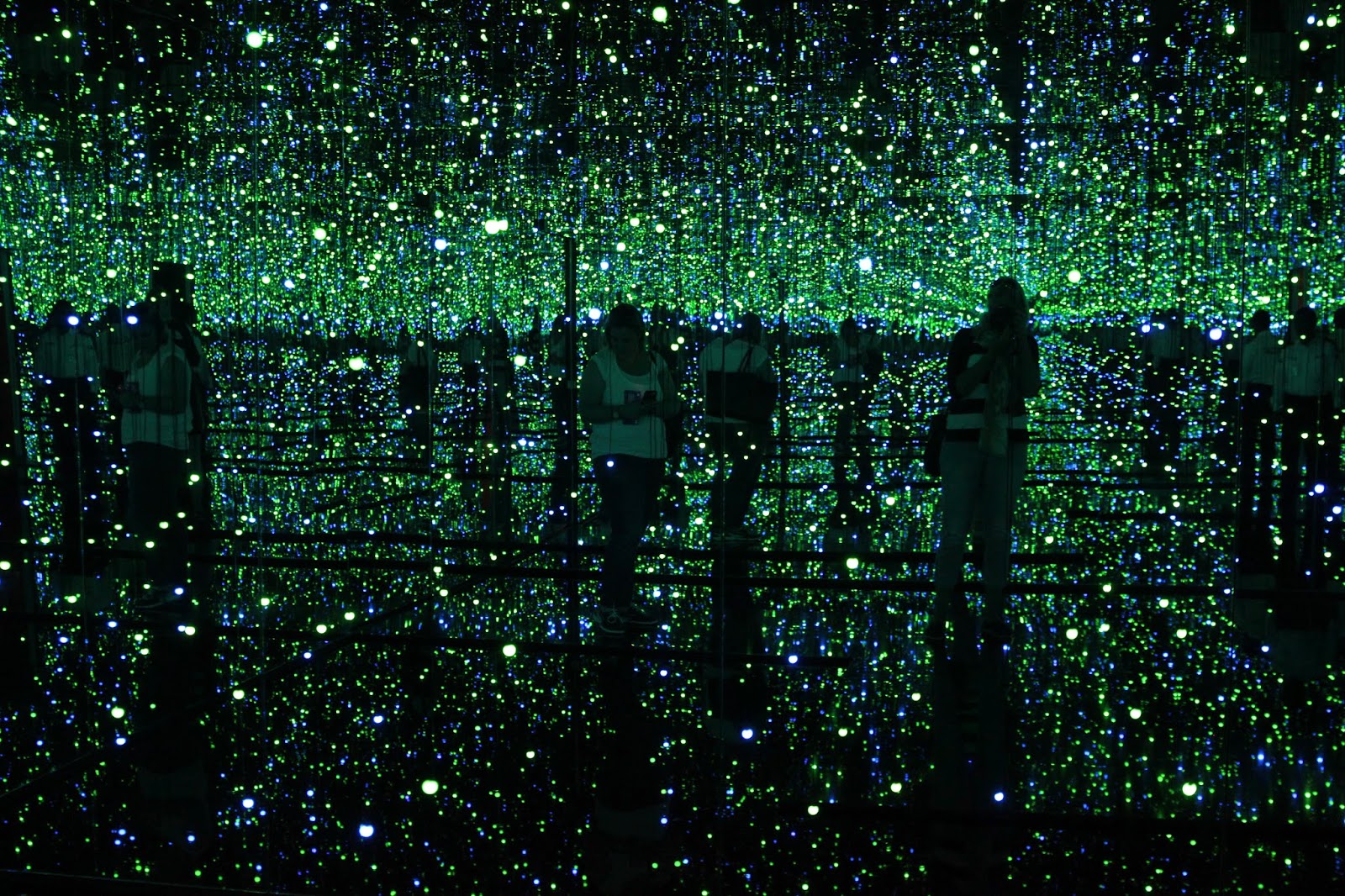 We also showed the Whites the permanent exhibition, which I think is really good. It's all about how Abu Dhabi has evolved, and what they have planned for the future. Abu Dhabi, and Saadyiat, is going to be a very cool place to be! 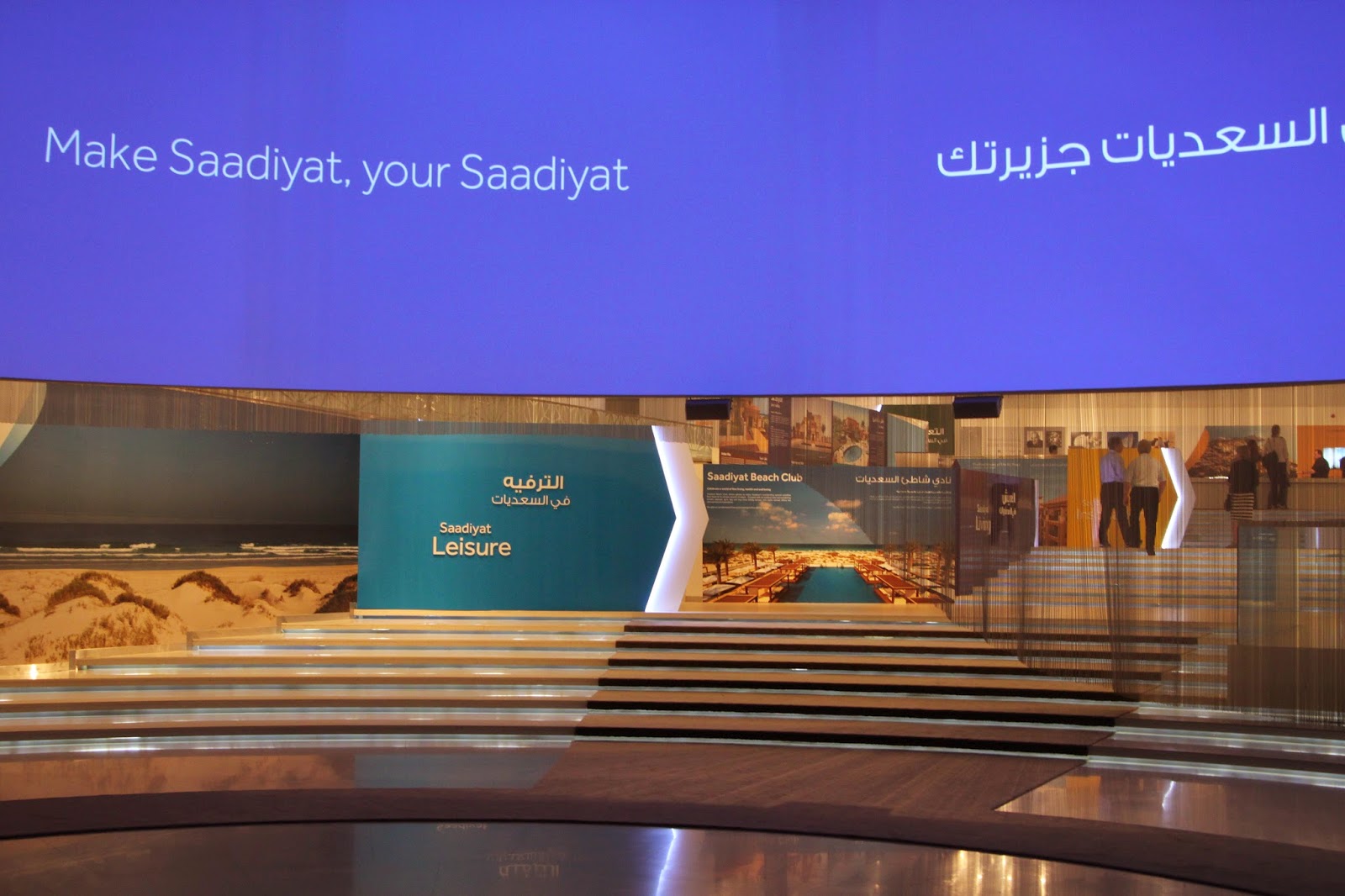 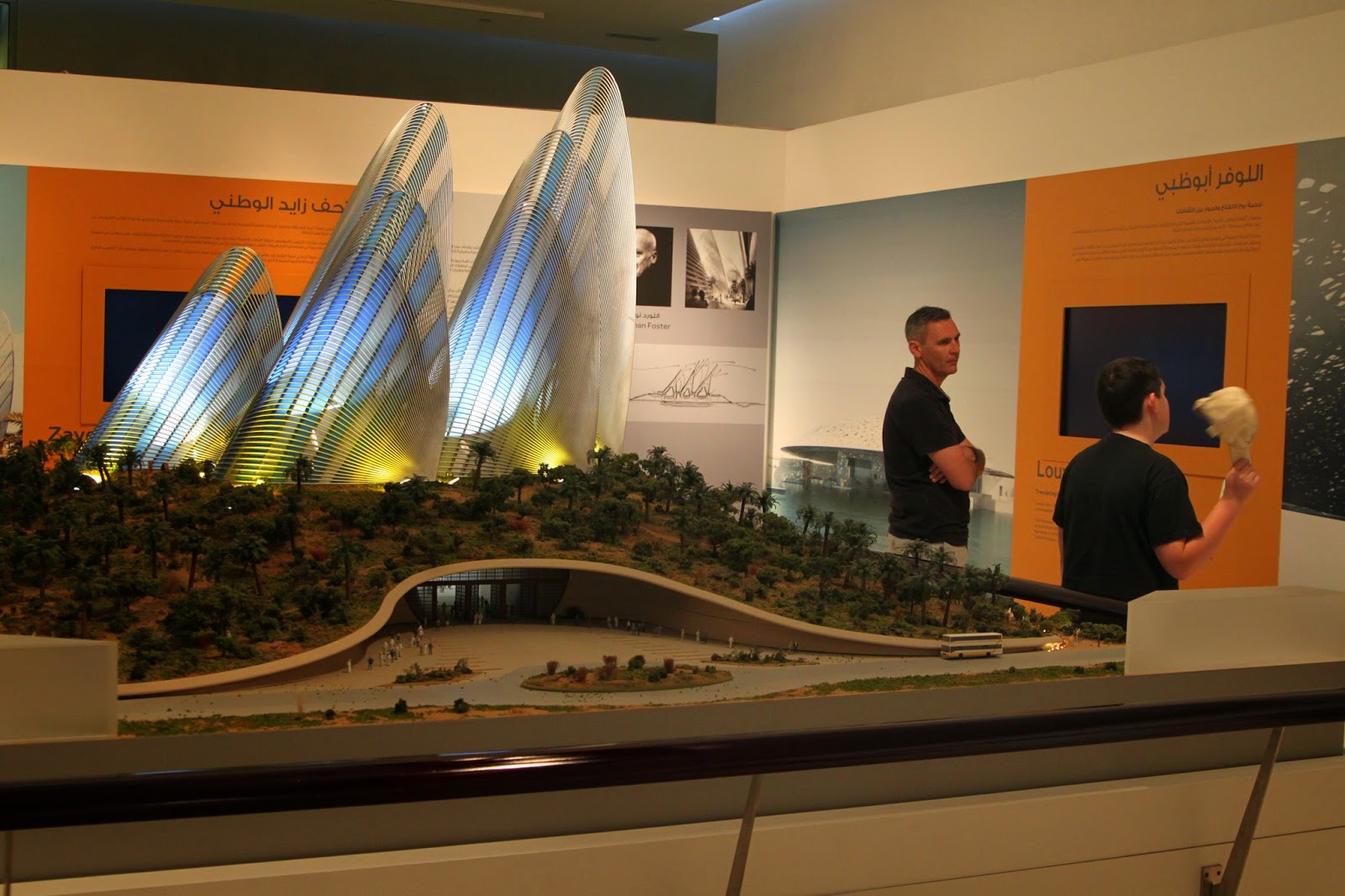 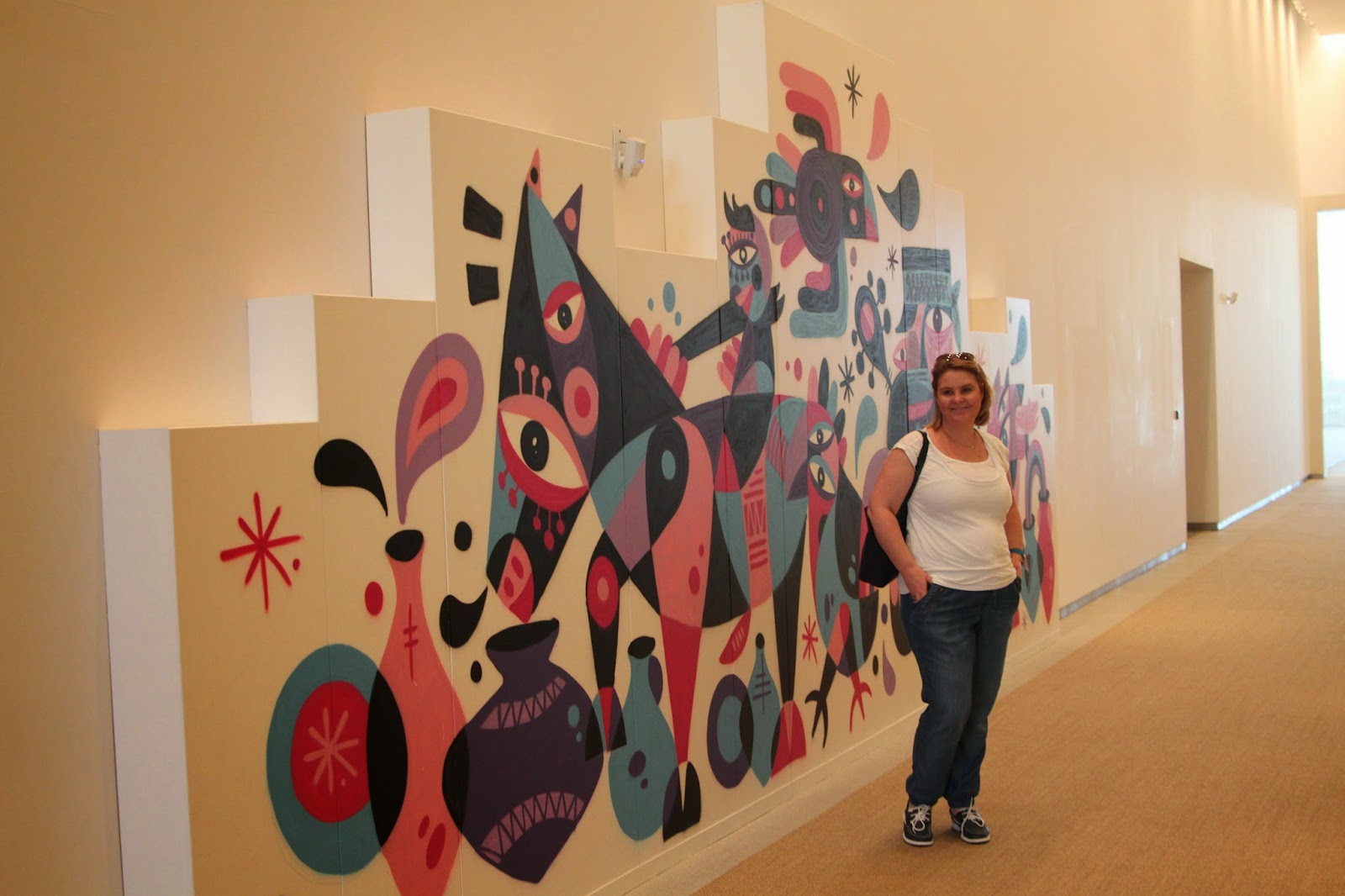 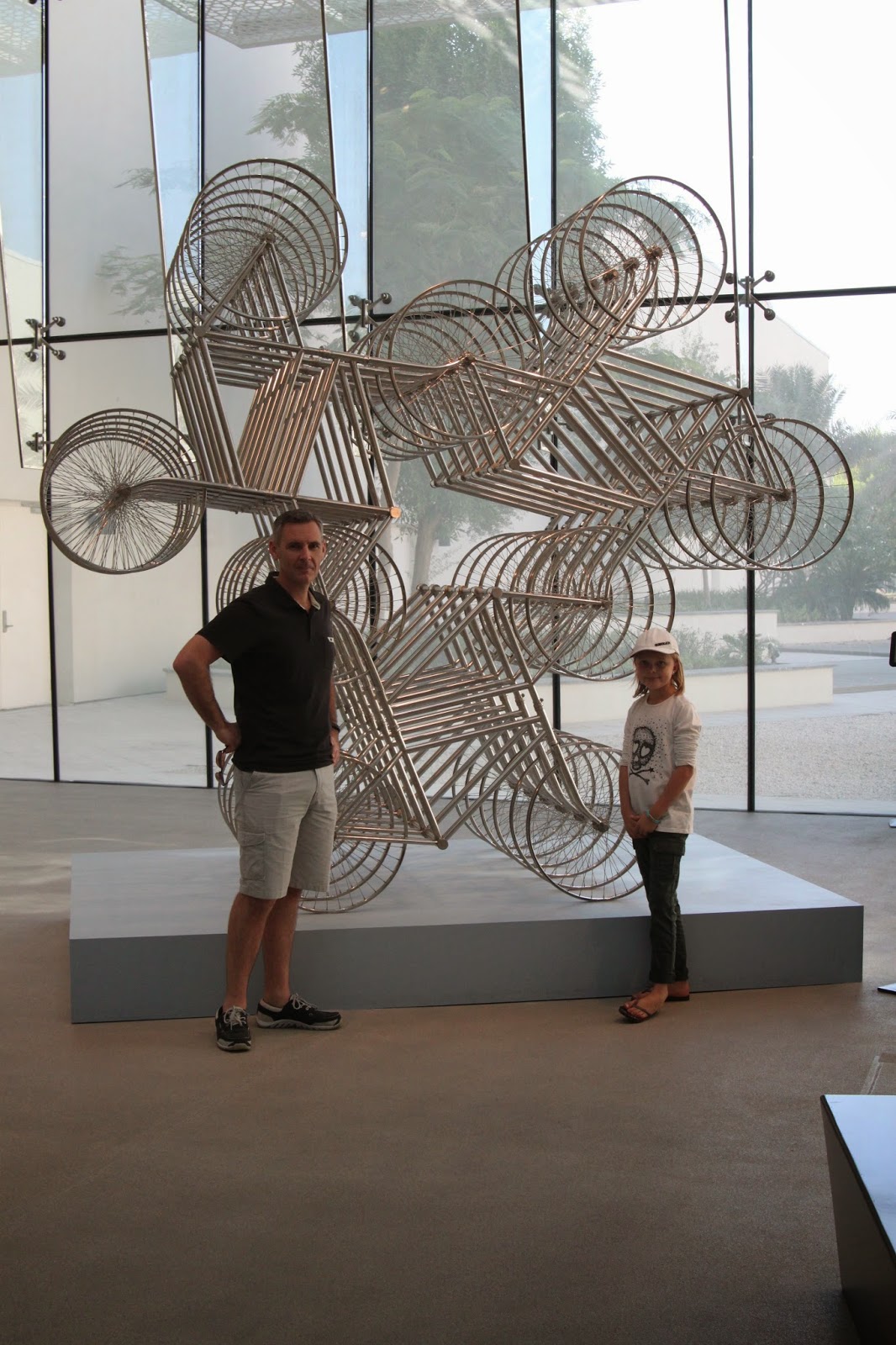