At the race track

On Tuesday we decided to try and find the camel racing track, out in the Al Wathba area, about 45 km from Abu Dhabi. Apparently the camel racing season is firmly on the way now, normally it starts in October and runs until April.
This week apparently it was supposed to be the 'Zayed Grand Award', although by the time we got out to the track (a little after 8am), it didn't really look like they were racing at all? It looked more like they were training the different camels, as they were all tied up in small groups three and three together with a jockey when they set off down the track. 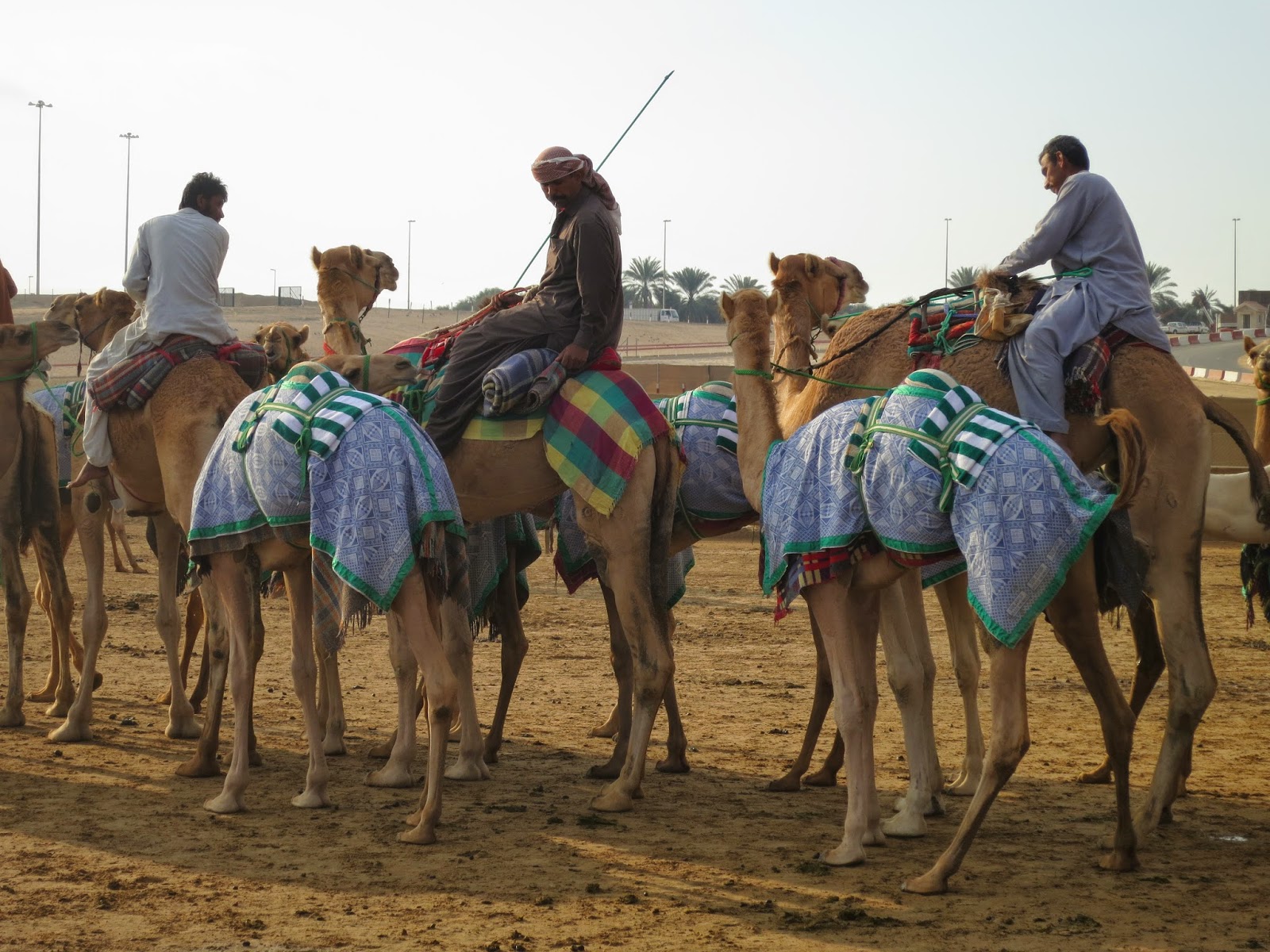 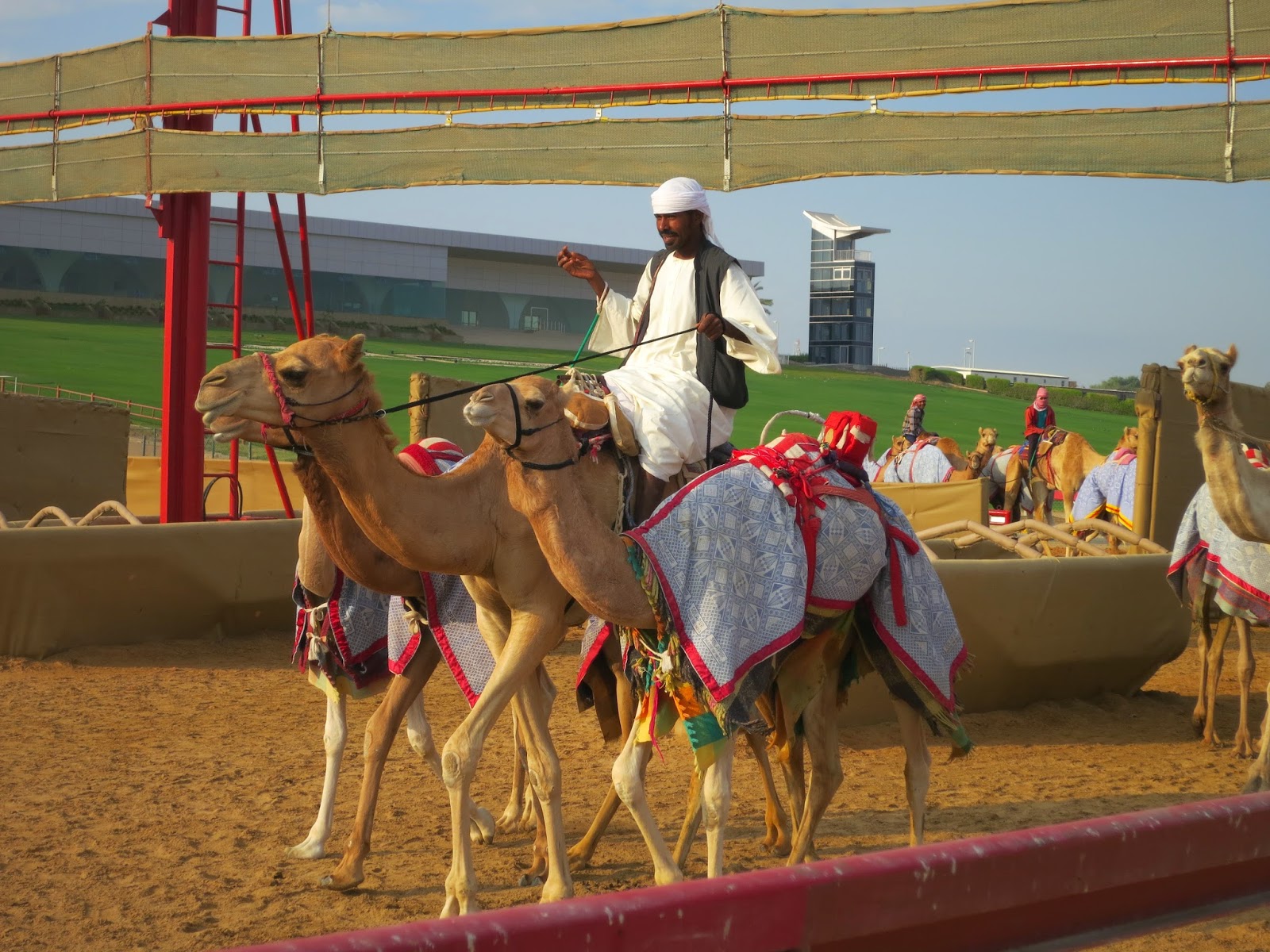 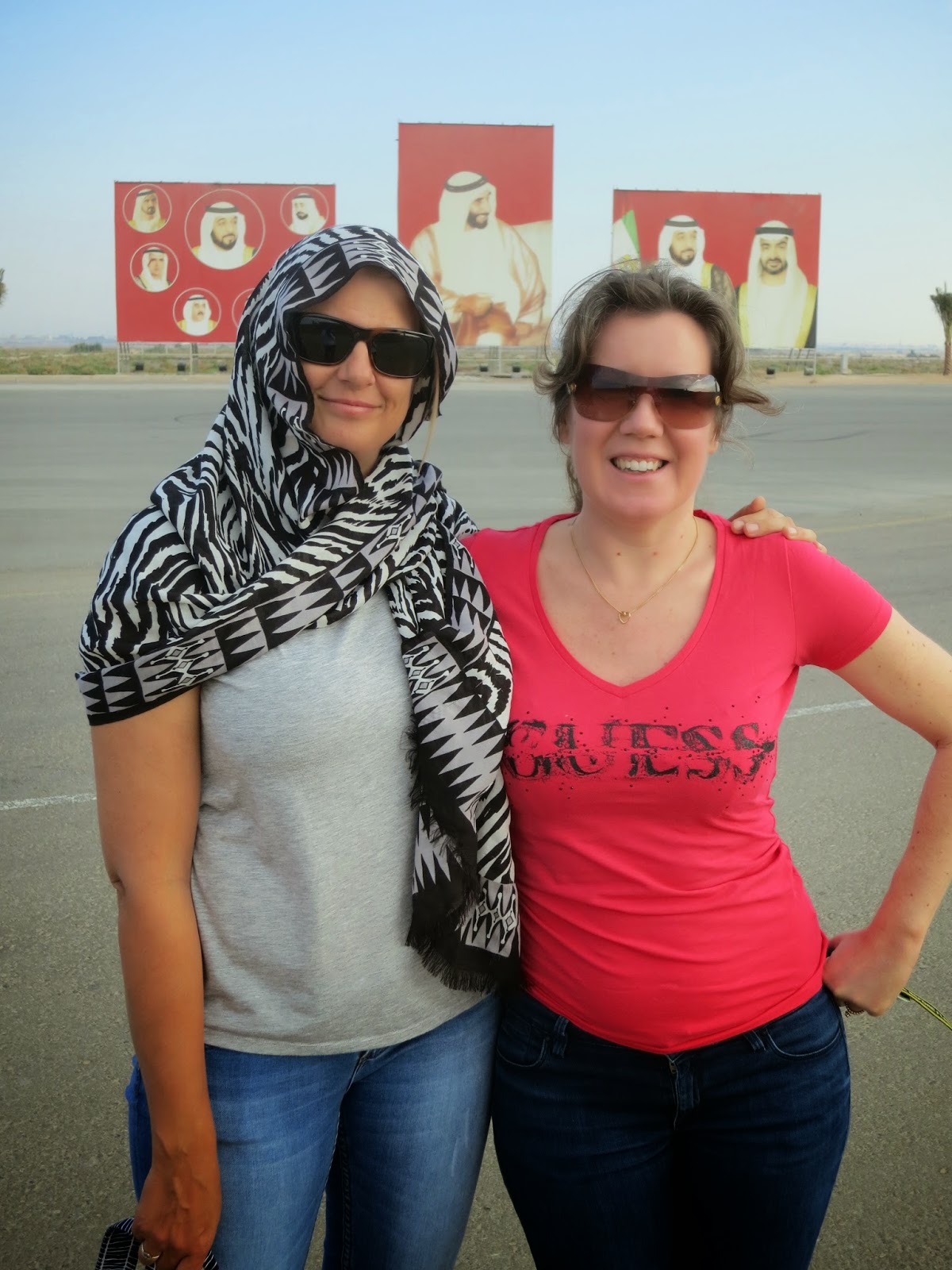 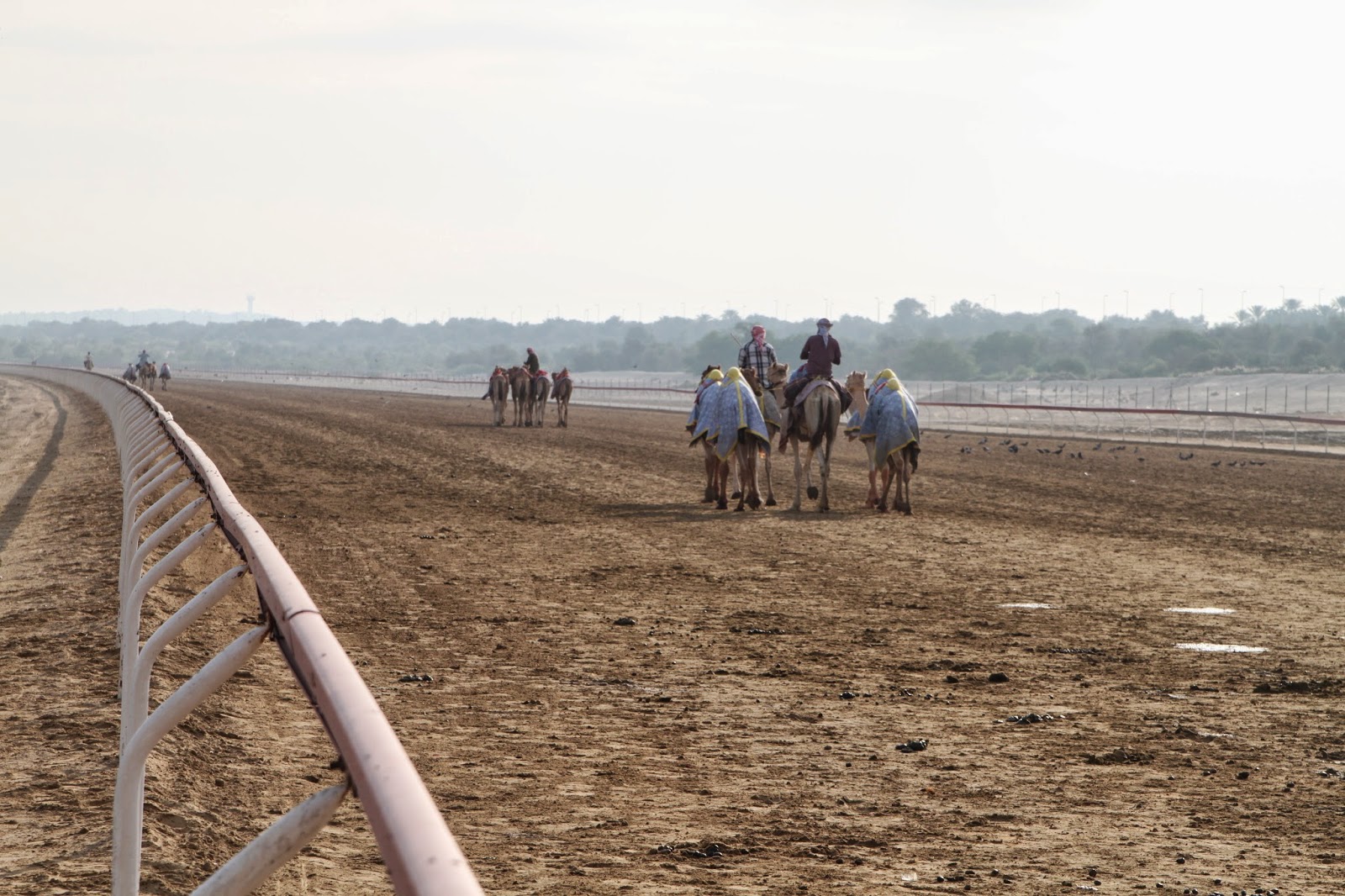 Camel racing is one of the oldest sports in the Middle East, with a long and proud tradition. There are over fifteen race tracks spread across the UAE. Race distances vary, but 4 to 10k is the general range, depending on the age and size of the camels.
Some races may have only 15 camels participating, others as many as 70 or more. There are currently over 14,000 Arabian camels in the UAE being active racing camels.

These Arabian camels are treated like royalty, especially if they show talent in winning races. Many people are employed in taking care of the camels, so the sport is great for the economy.
Although betting is illegal here, it doesn't mean that there are no rewards for the victors. Racing trophies can even be something as impressive as an expensive car!

While young boys used to be allowed to be jockeys, the UAE was the first country (in 2002) that banned boys under the age of 15 and under 45 kilos from being in the races. Instead the racing camels are now topped with small robotic jockeys, weighing only 1,5 to 2 kg. These models are enhanced with two-way radio controls and mobile controls, remotely controlled by operators being driven alongside the race track. 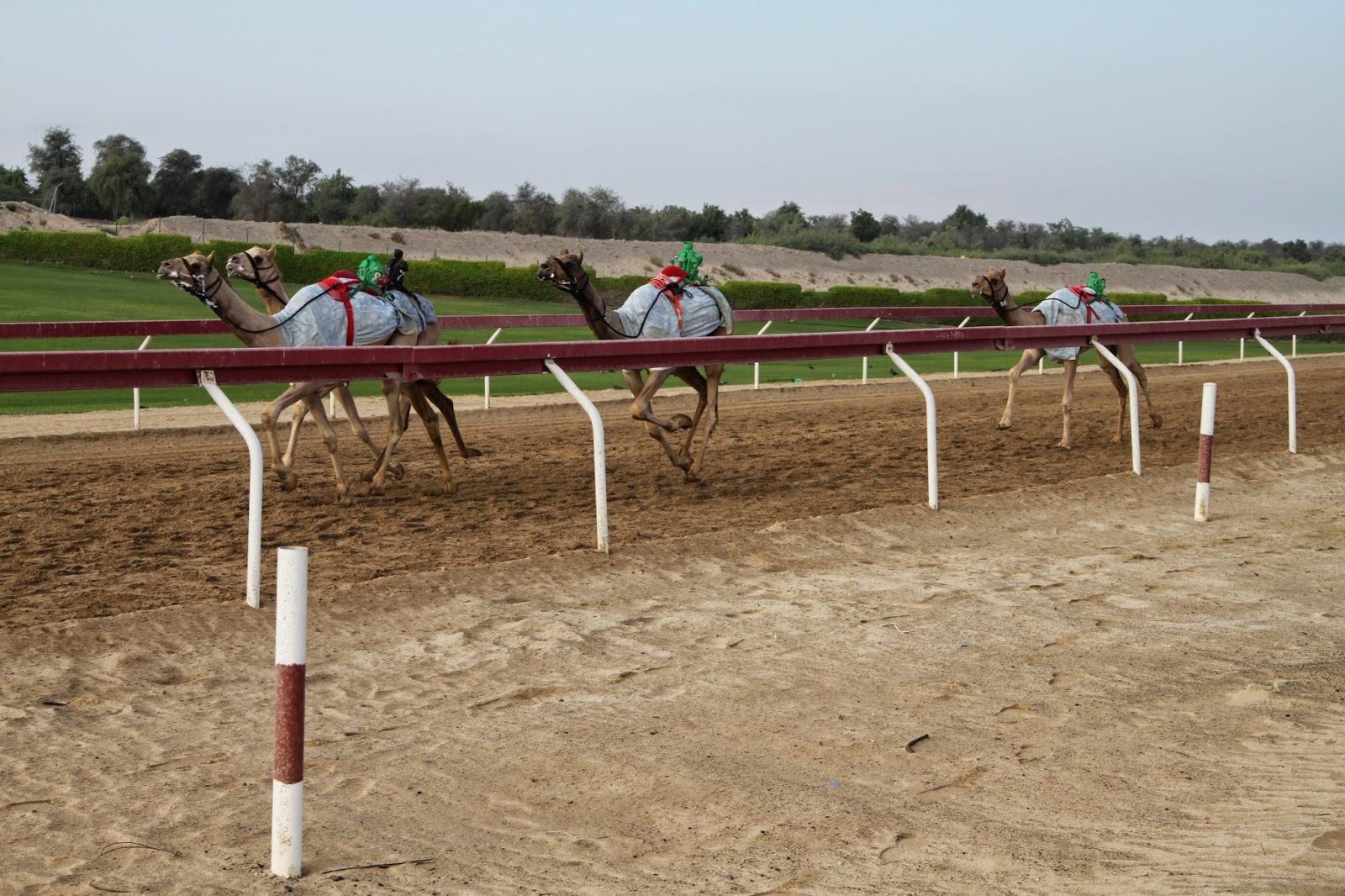 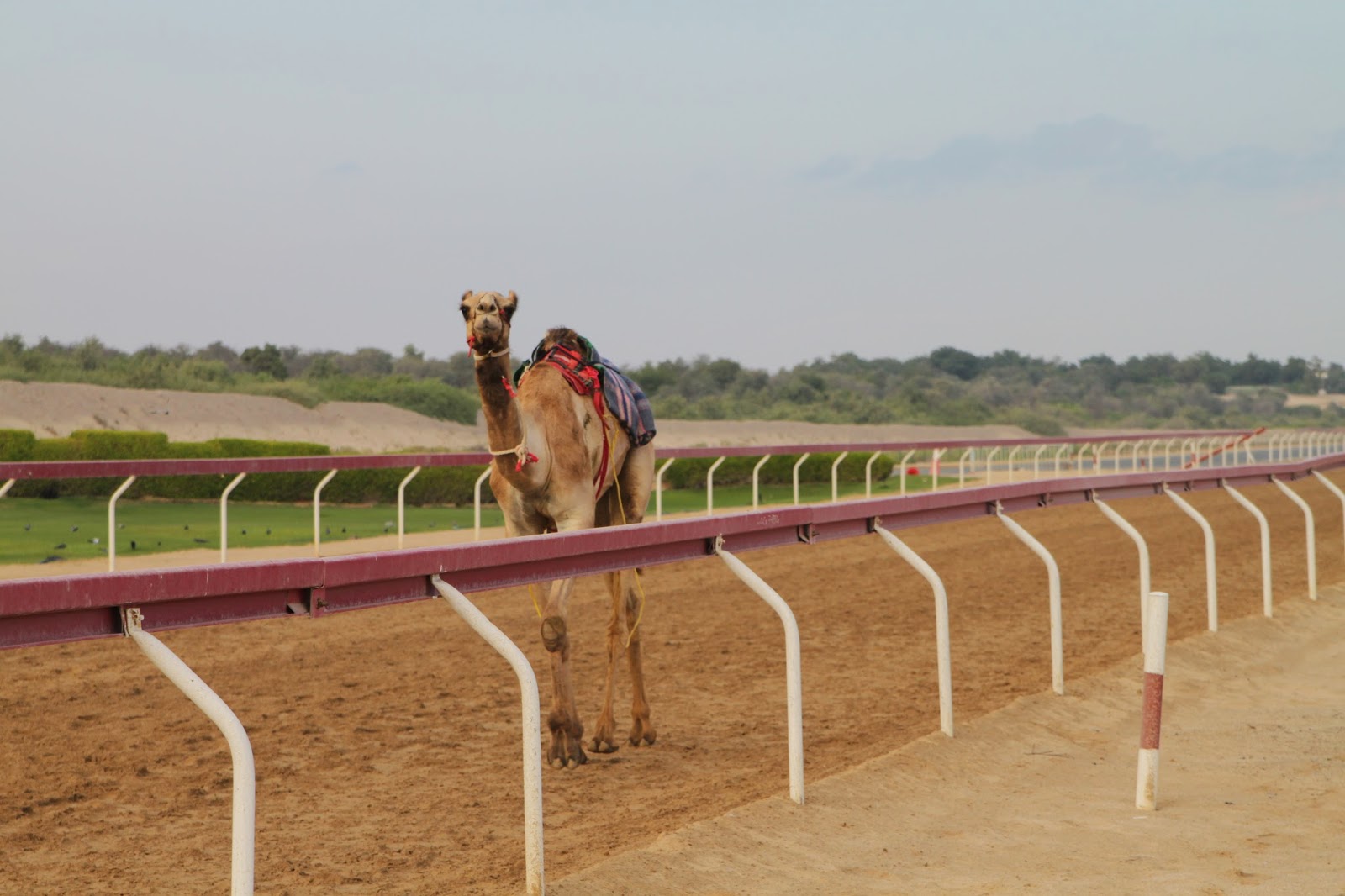 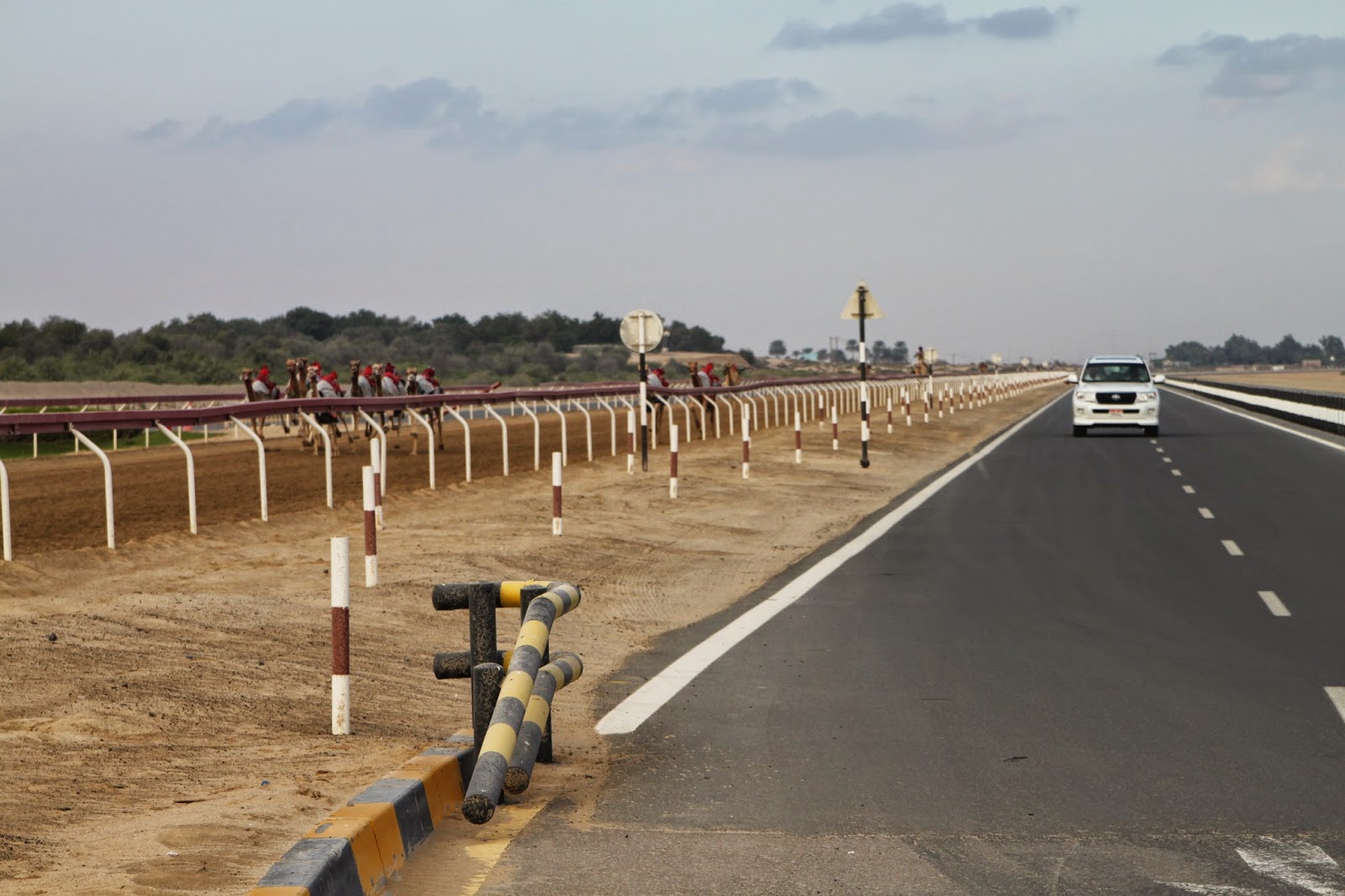 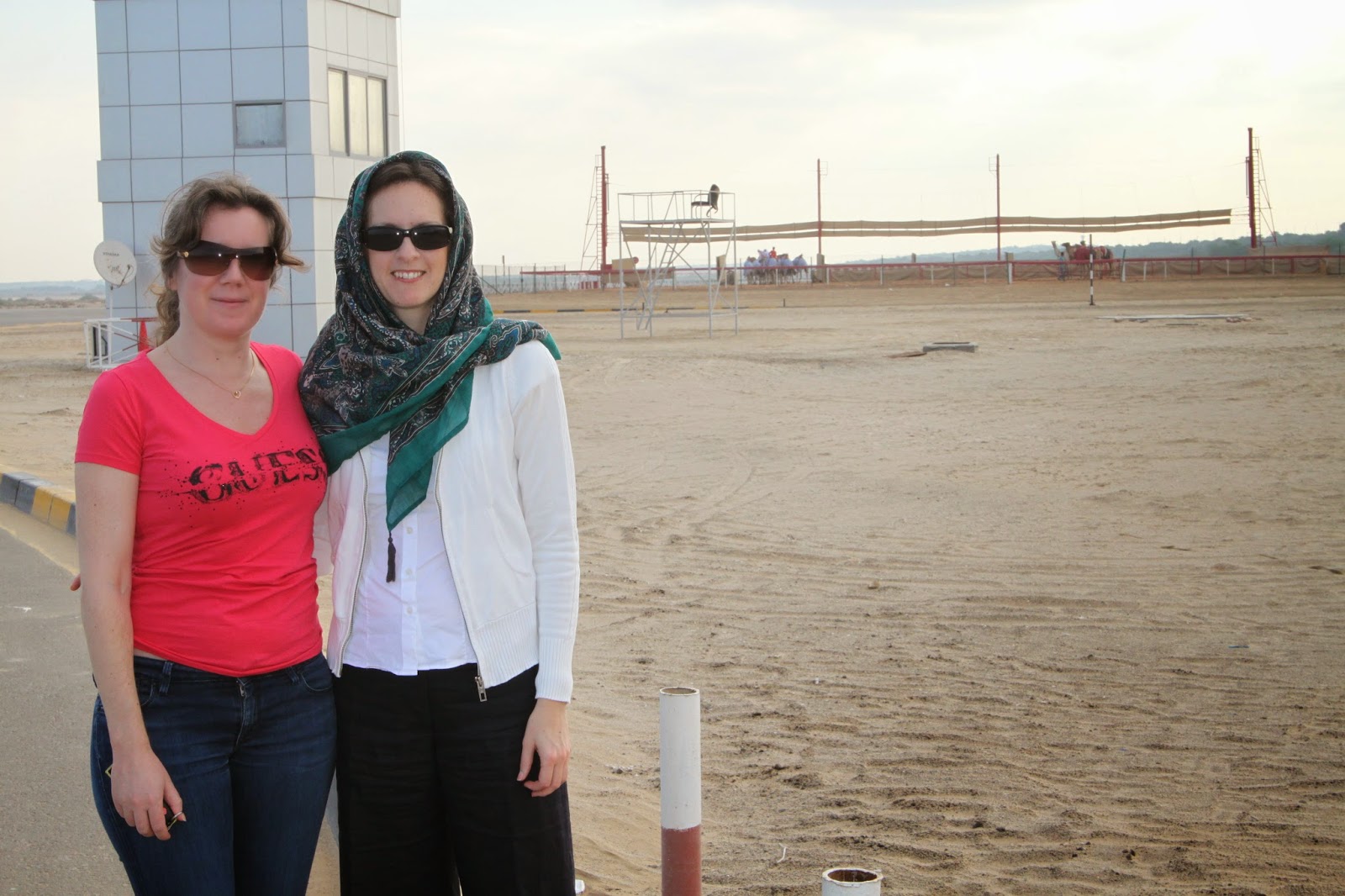 I've read that the prices for these Arabian camels can be as much as dhs 5 millions! You can even find camels from the beauty contests (the black ones) going for as much as dhs 7 millions! 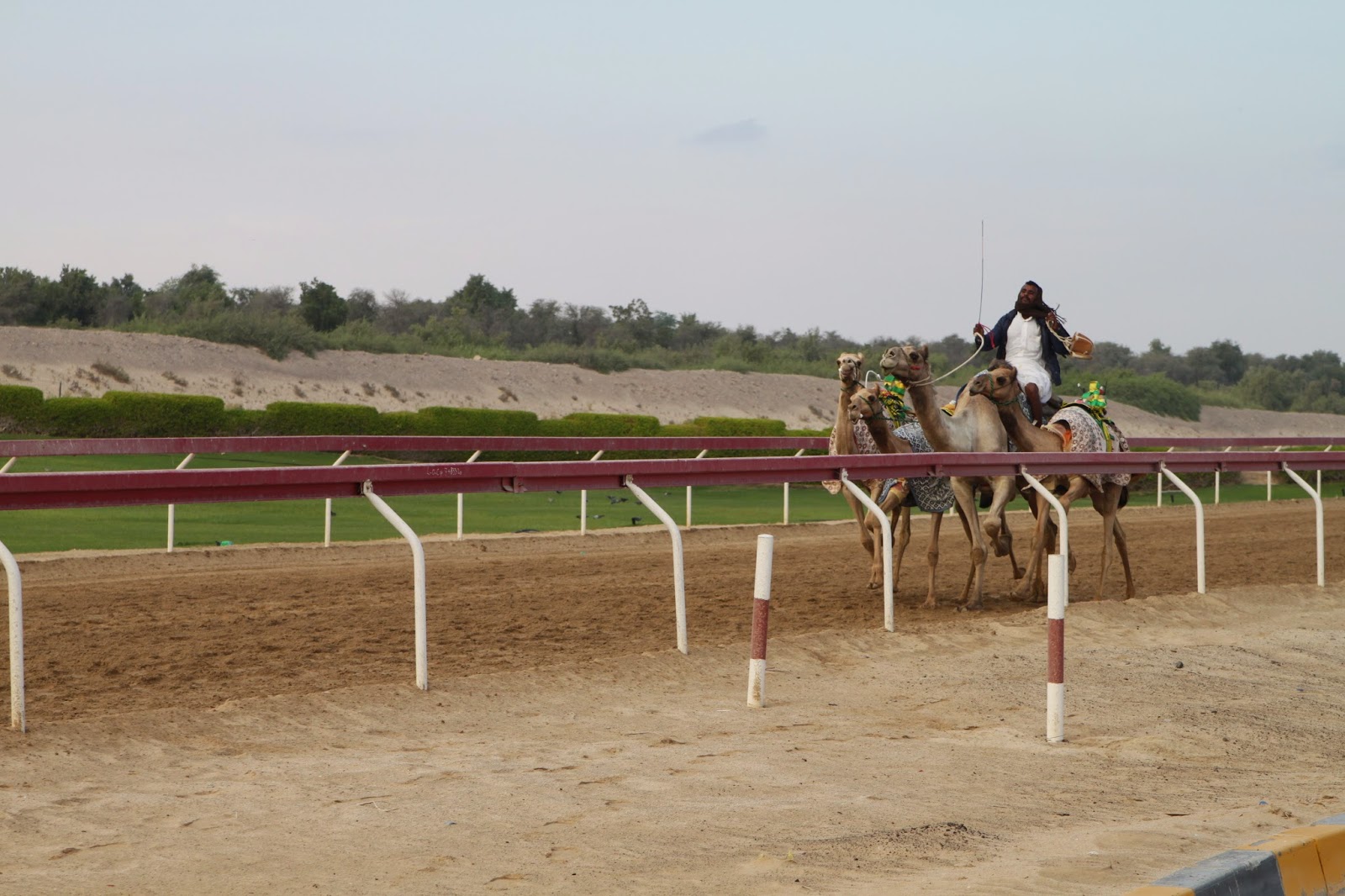 Indeed we saw many cars (camel owners?) driving alongside the track and race with the camels, honking them on as they went. These camels can run at speeds of up to an impressive 65 km/h! 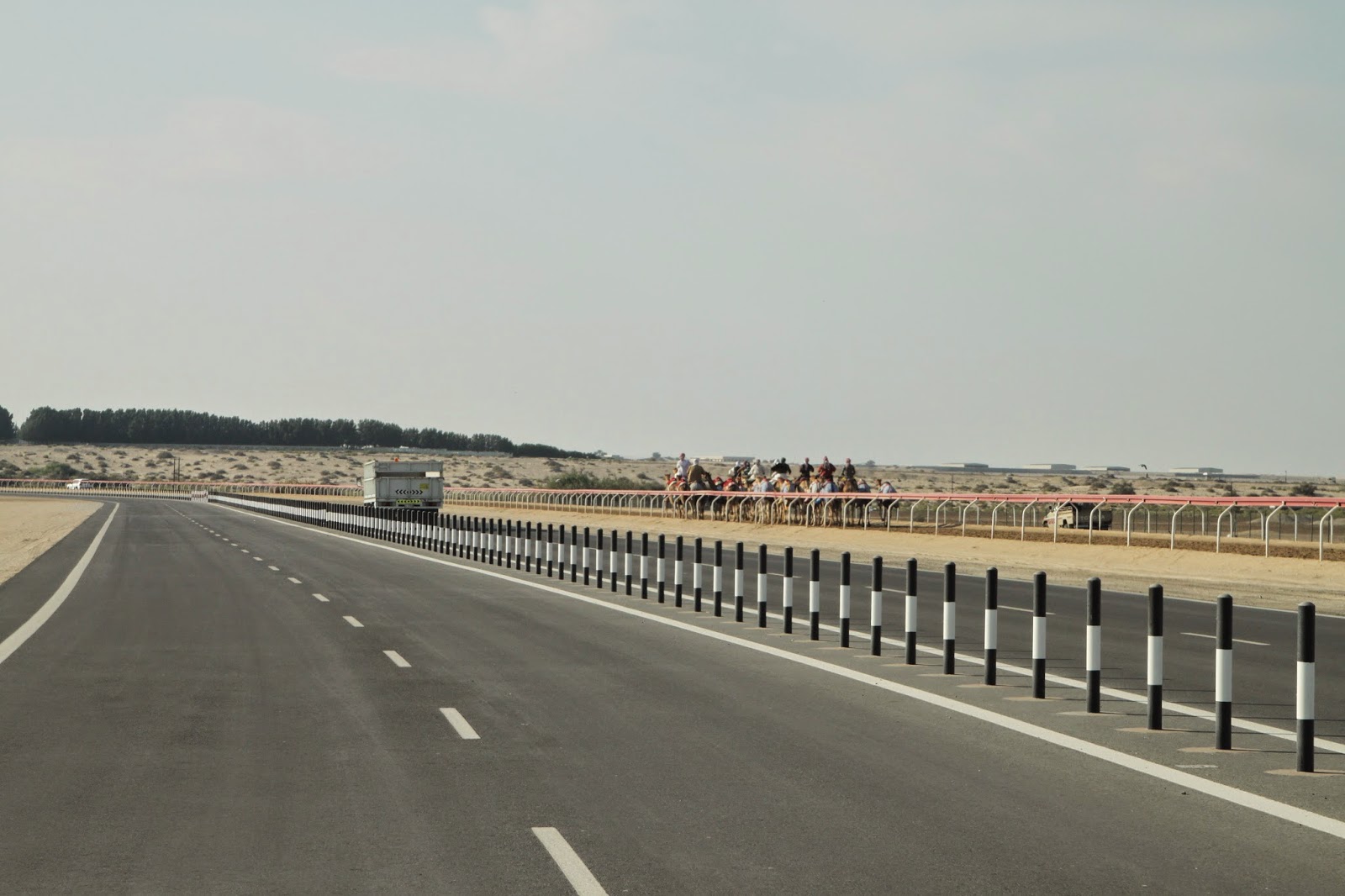 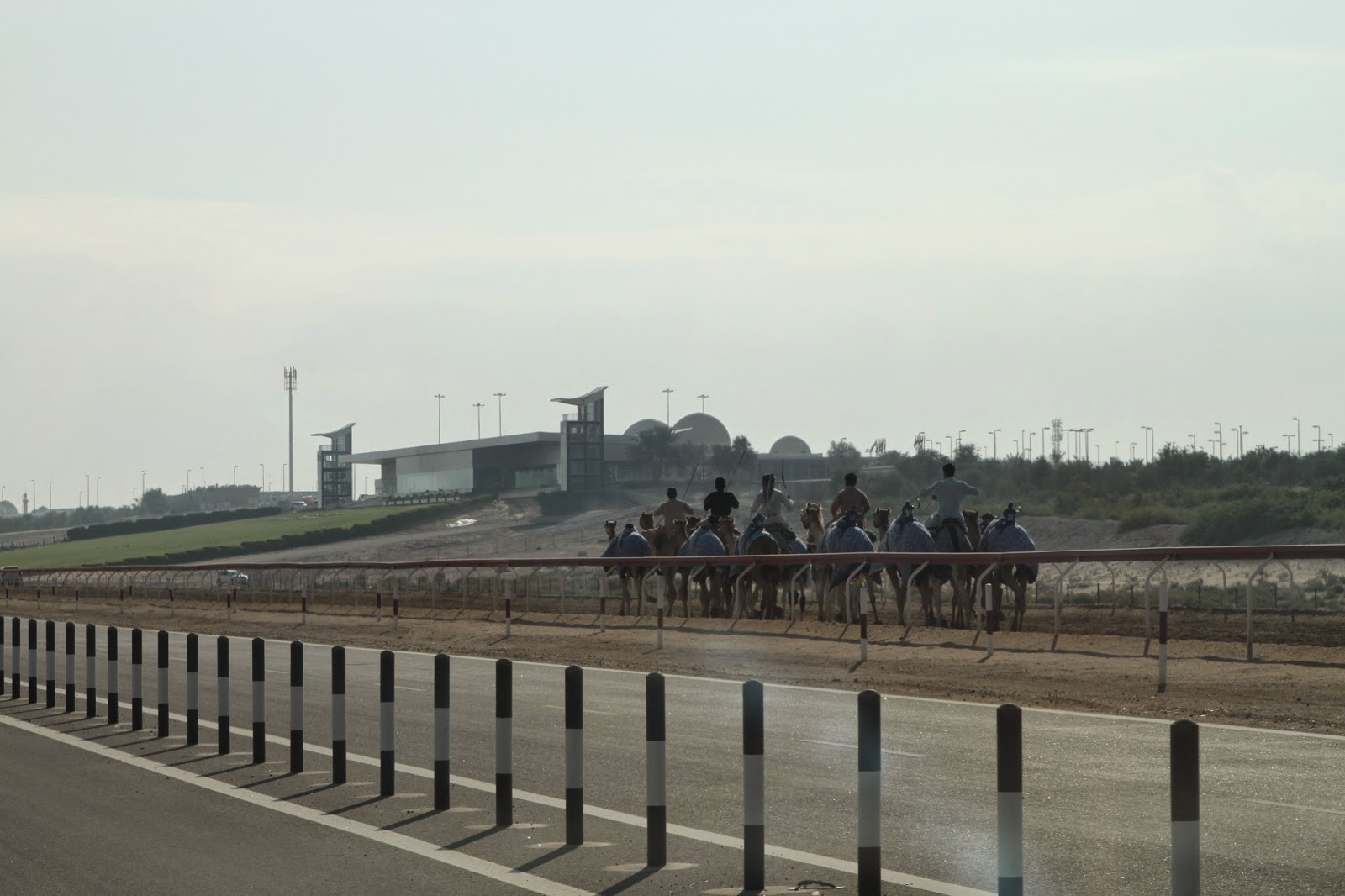 If you would like to read a bit more about camel racing, how you name a camel, beauty contest criteria, costs of owning a camel etc; I've found an interesting blog called 'A year at the camel races' - check it out!
Posted by MrsW at 23:54