Beauty is in the eye of the beholder

After quite a few days at home, celebrating Christmas and just relaxing, today I thought it was time for an adventure! Pia and I felt wild and crazy, and took the kids out in the desert to the Al Dhafra Festival.
It has a very nice homepage, which unfortunately is only in Arabic, so we didn't quite know what we were getting in to - other than I had read in the Abu Dhabi Week magazine that it's supposed to be, amongst other things, the world's largest camel beauty competition! 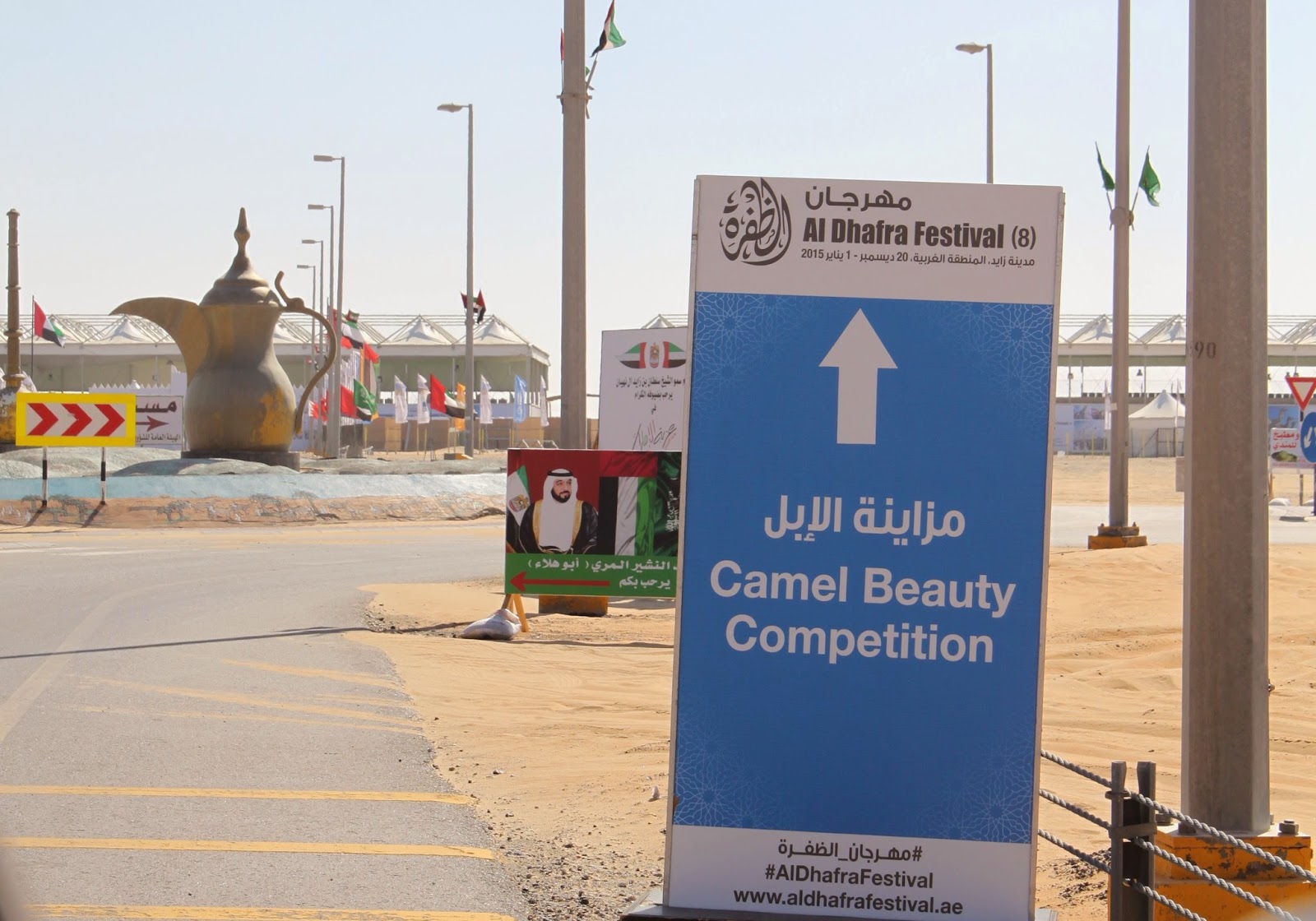 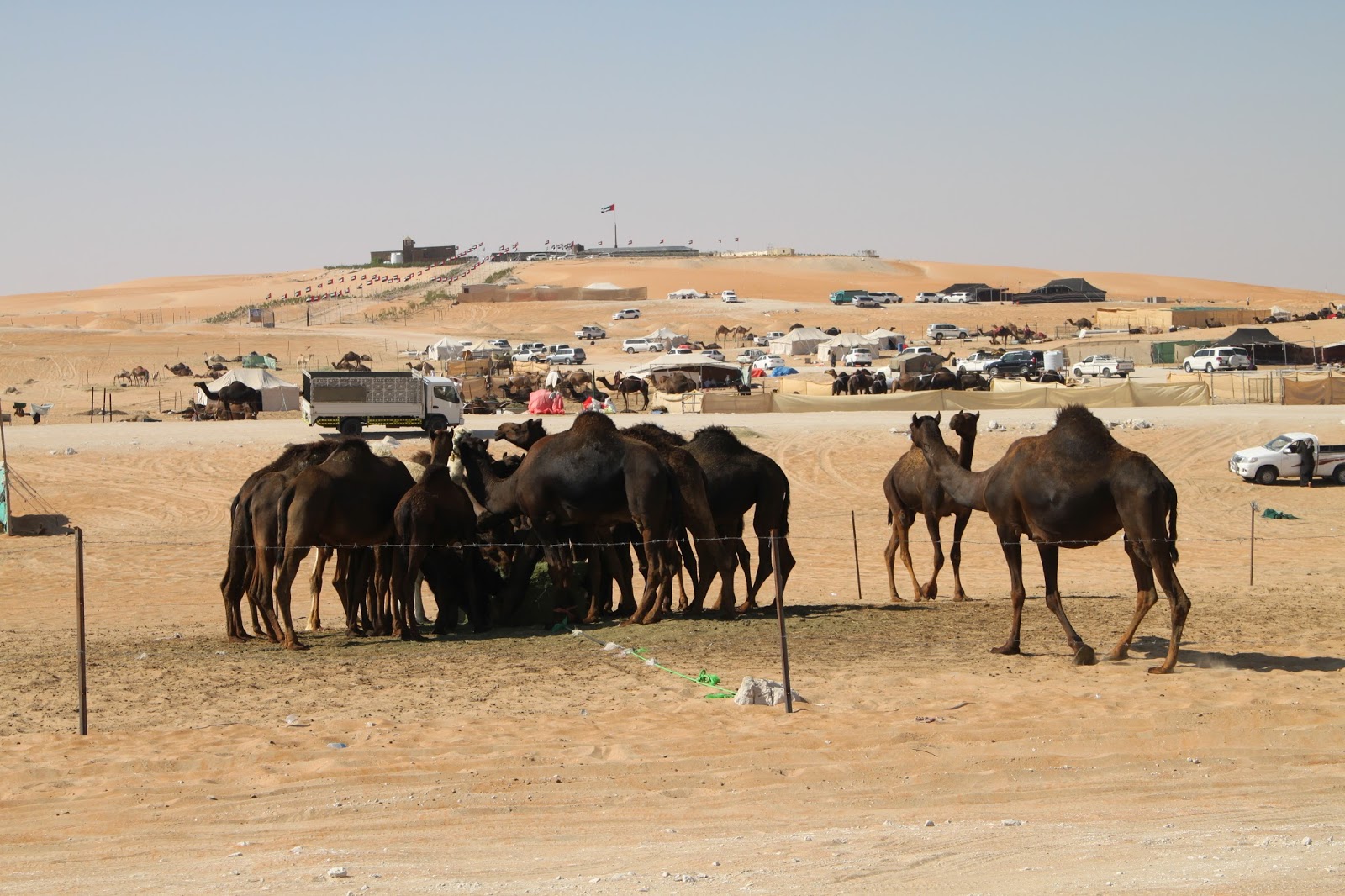 Preserving Emirati culture and heritage is one of the main purposes of this festival, which is now in its eight year. It takes place in the desert in the Western Region of Abu Dhabi, on the borders of the mighty Rub Al Khali desert, once the harsh homeland of Bedouin tribes, who used to cross it on camel back in search of water and food.
It was a bit of a long drive to get there, but a fairly easy route: about 90 km along one highway, completely straight out into the desert; then we turned left and continued straight, on another highway, for about 50 km before we hit the festival site! 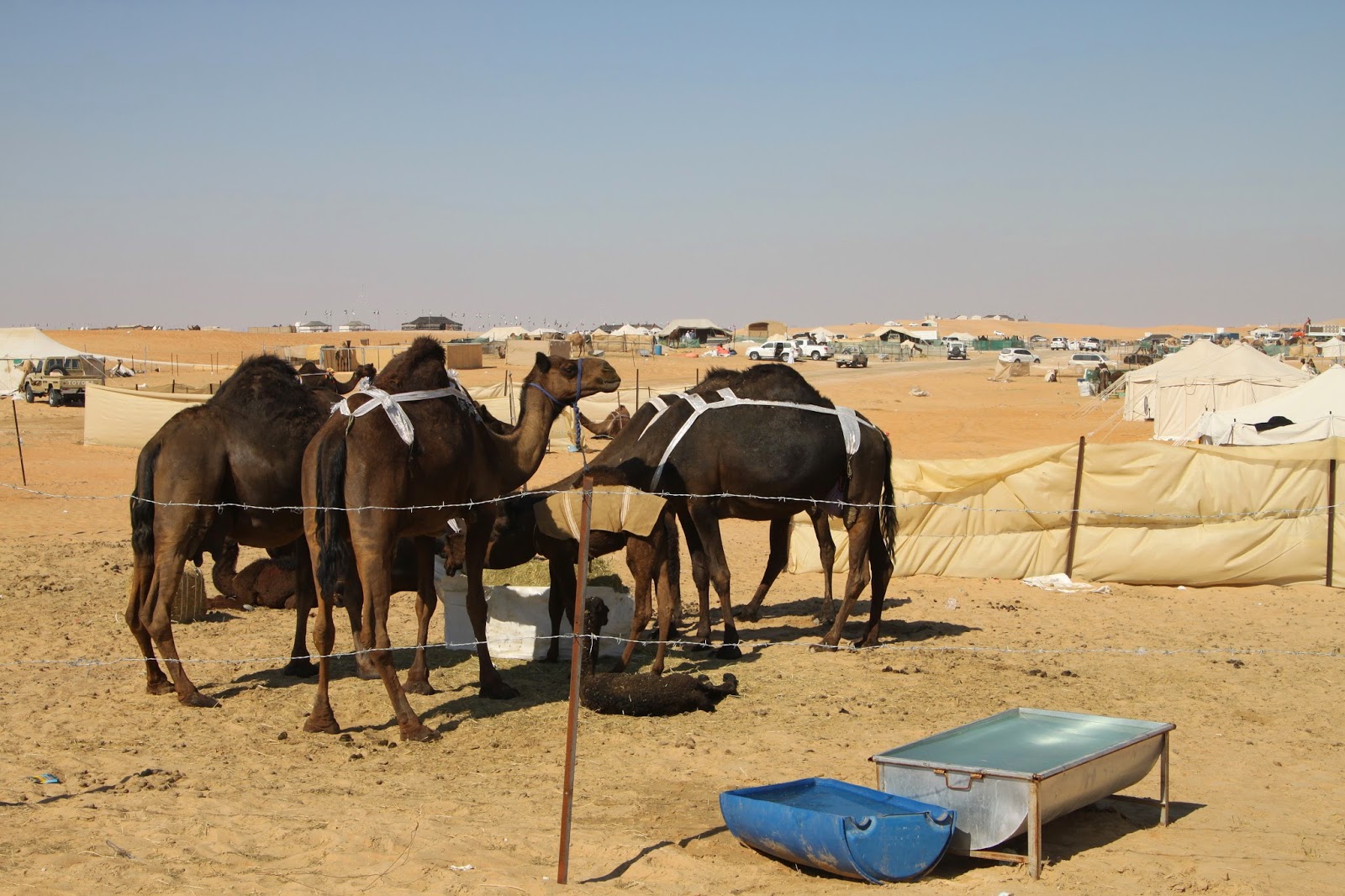 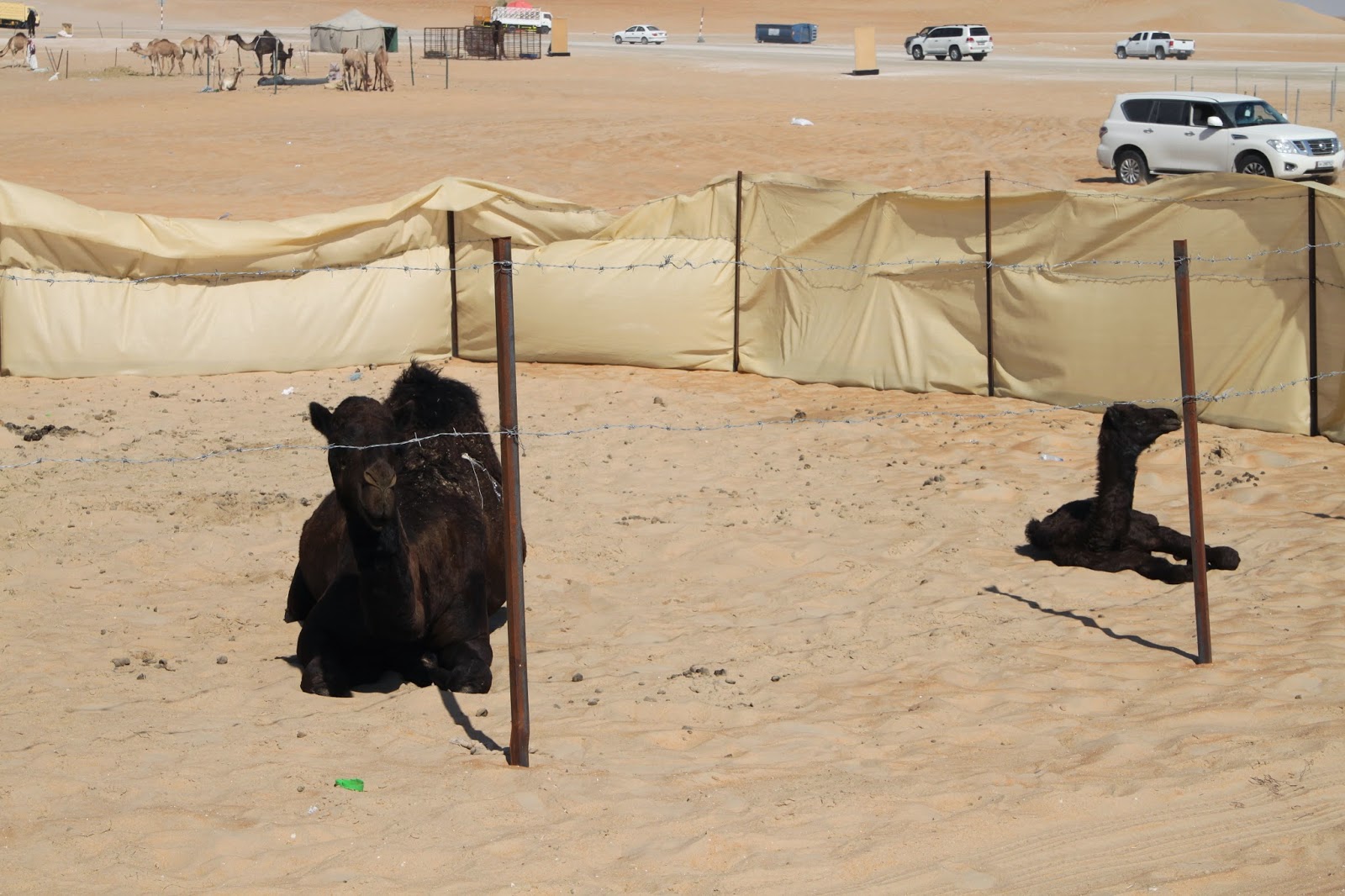 This festival has run from the 20th December until the 1st of January. Apart from 72 competitions for the camel beauty shows, the festival is also organizing 14 other contests related to Emirati traditions, including the best milking camel, saluki race, falconry, dates and dates packaging, photography, handicrafts and classic cars competition. 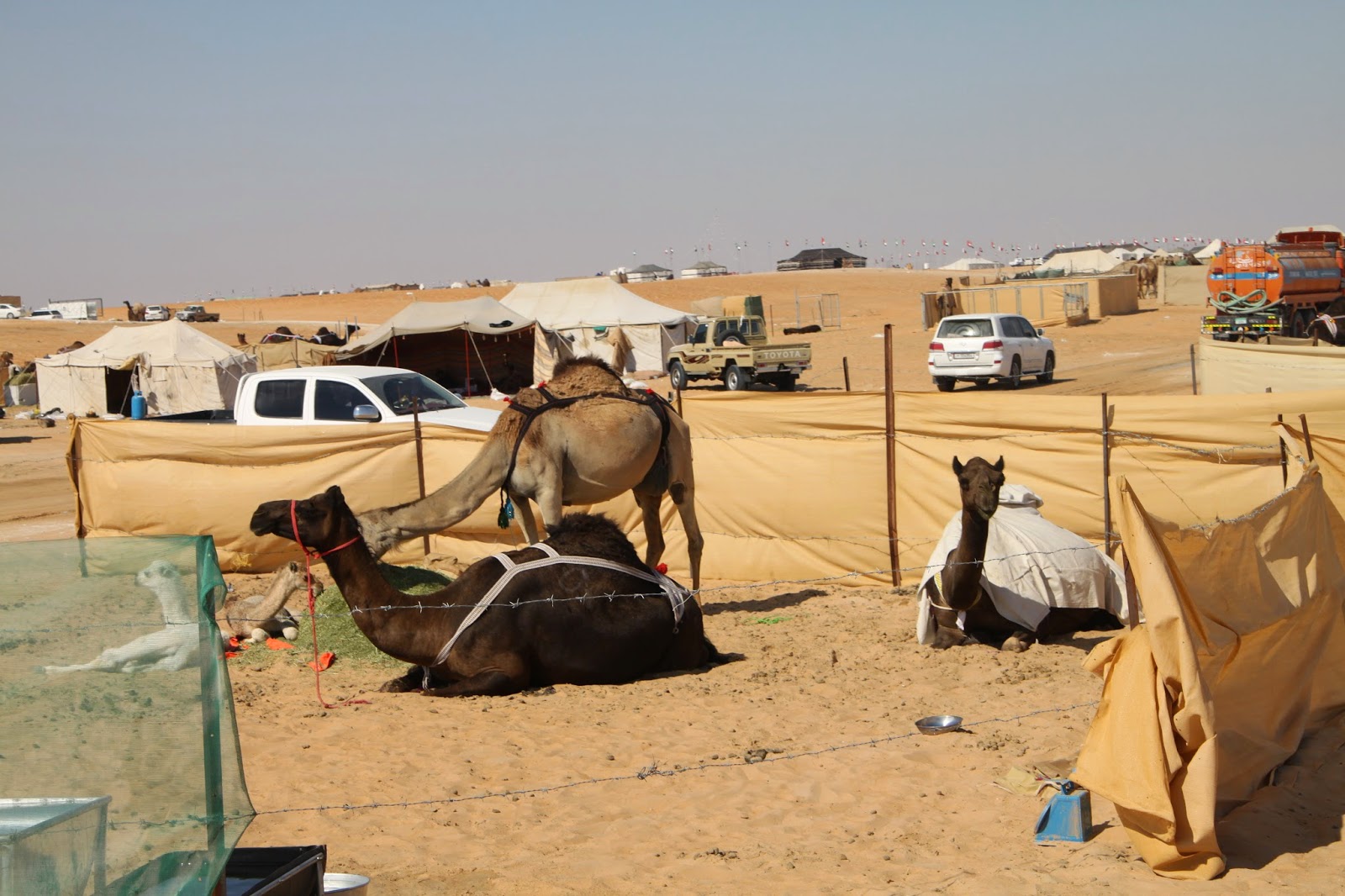 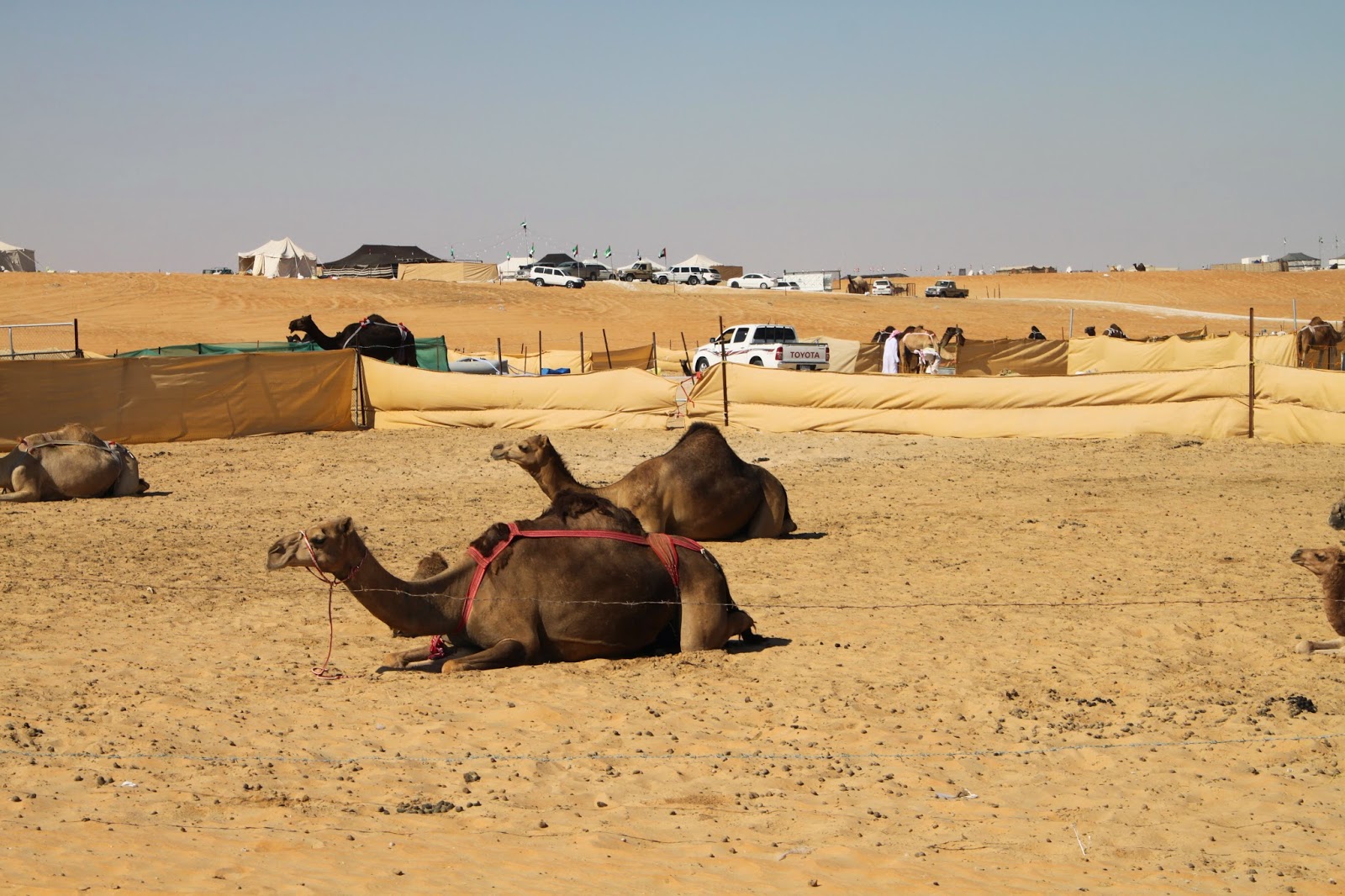 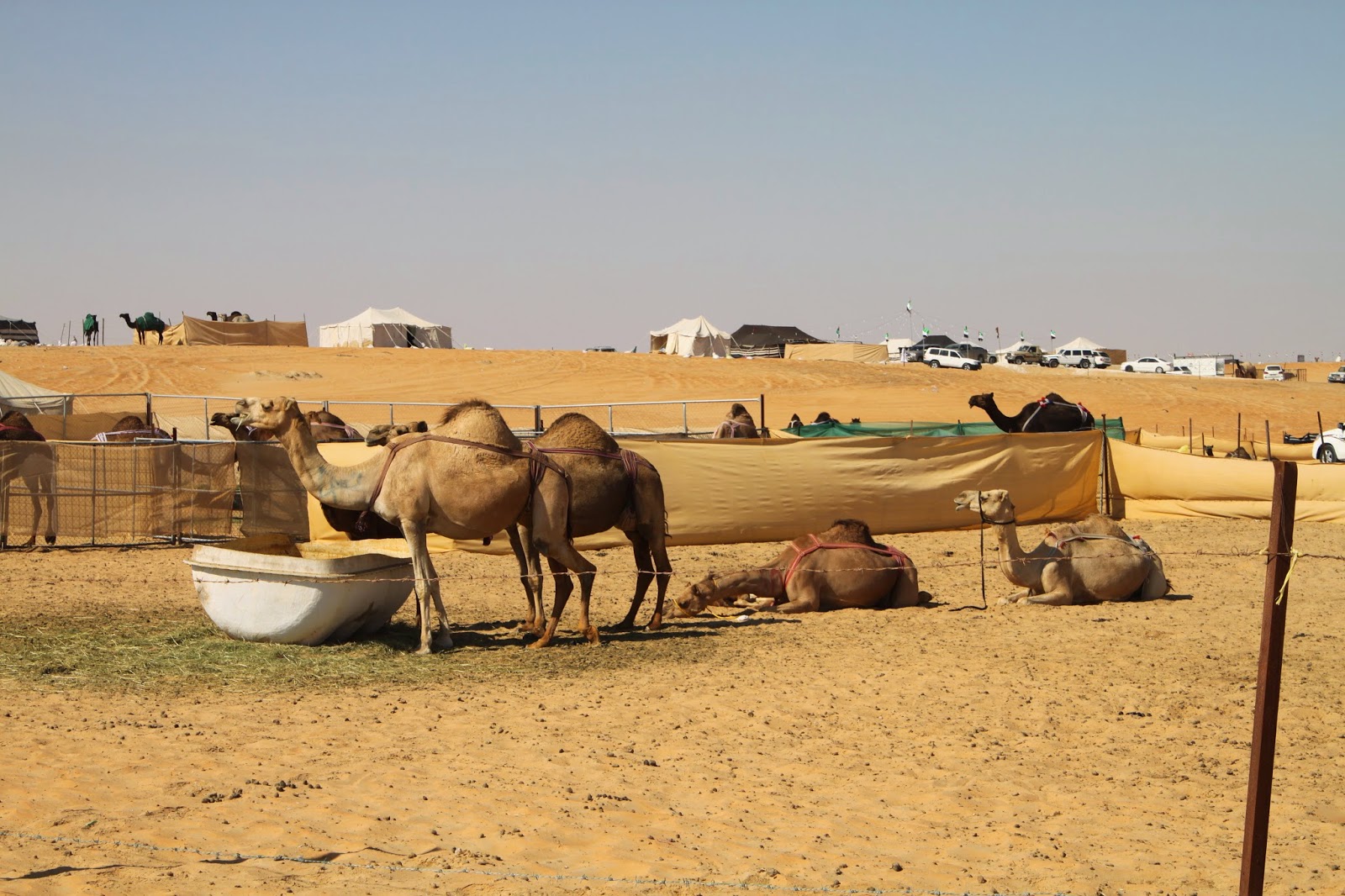 We did try to follow the many signs around the huge festival site, but we didn't see anything really "going on", unfortunately. Plus, we didn't see any other women, so we felt a bit uncomfortable actually getting out of the car. All of these photos were taken by Pia from the car window... 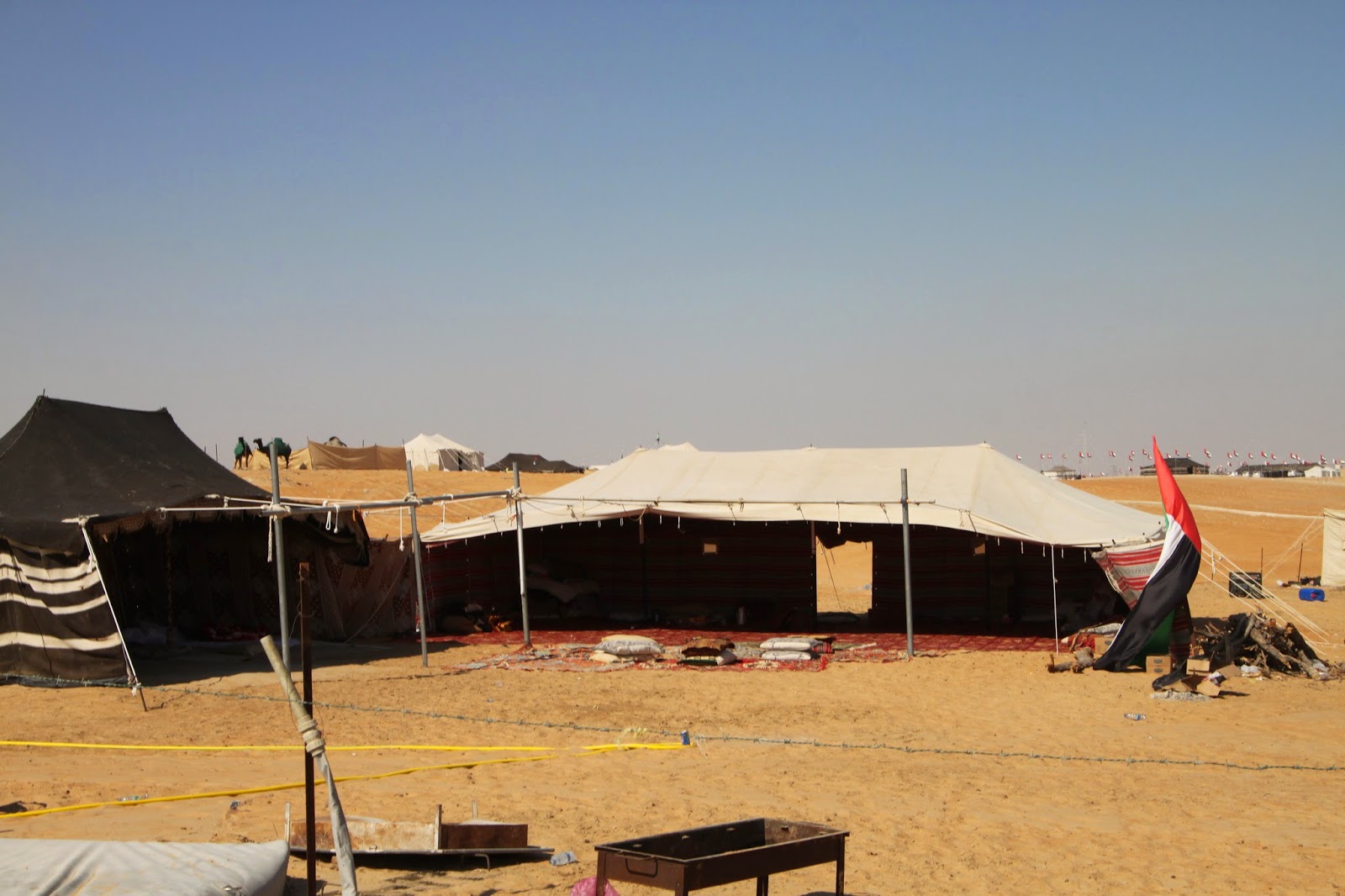 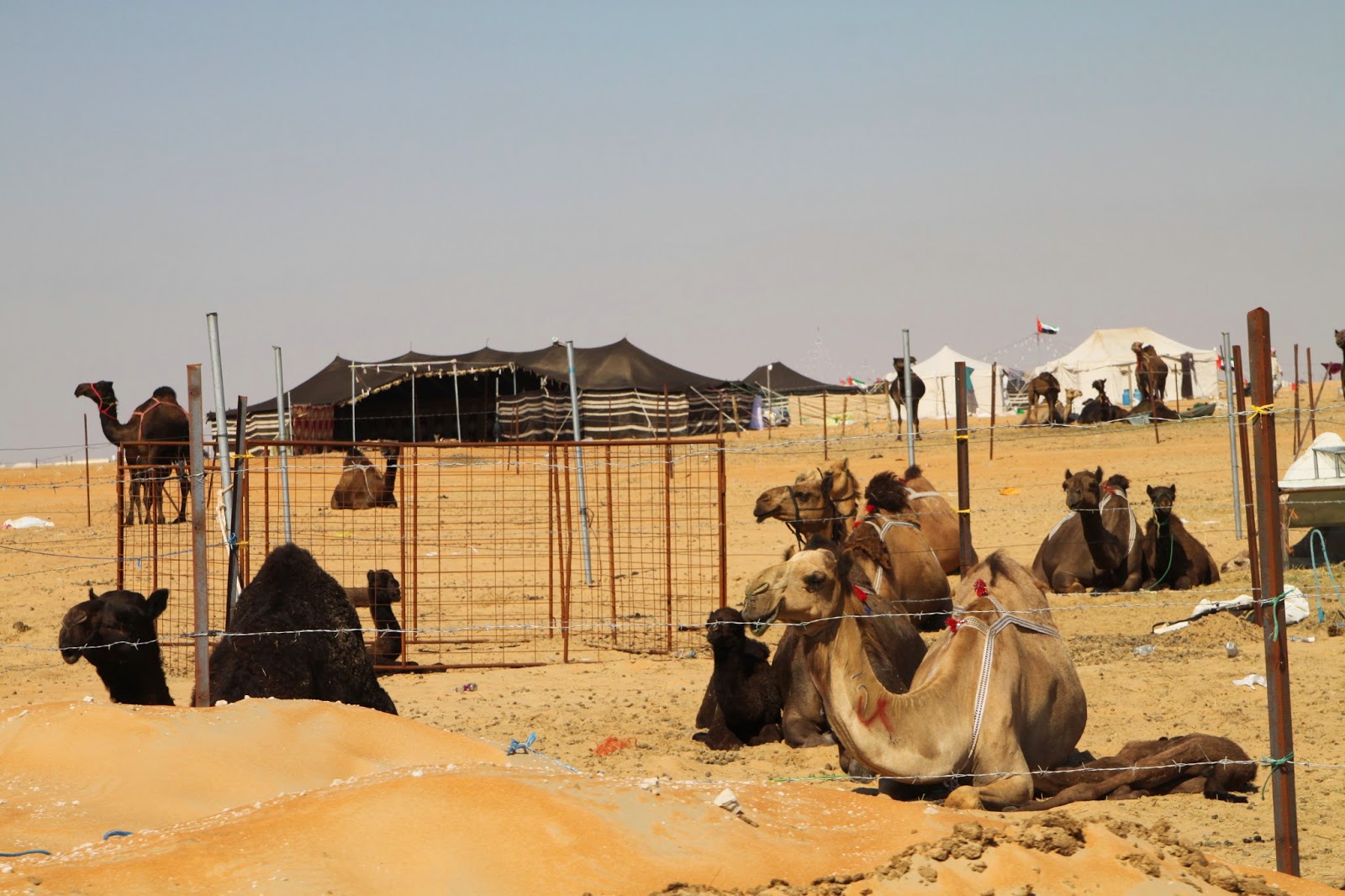 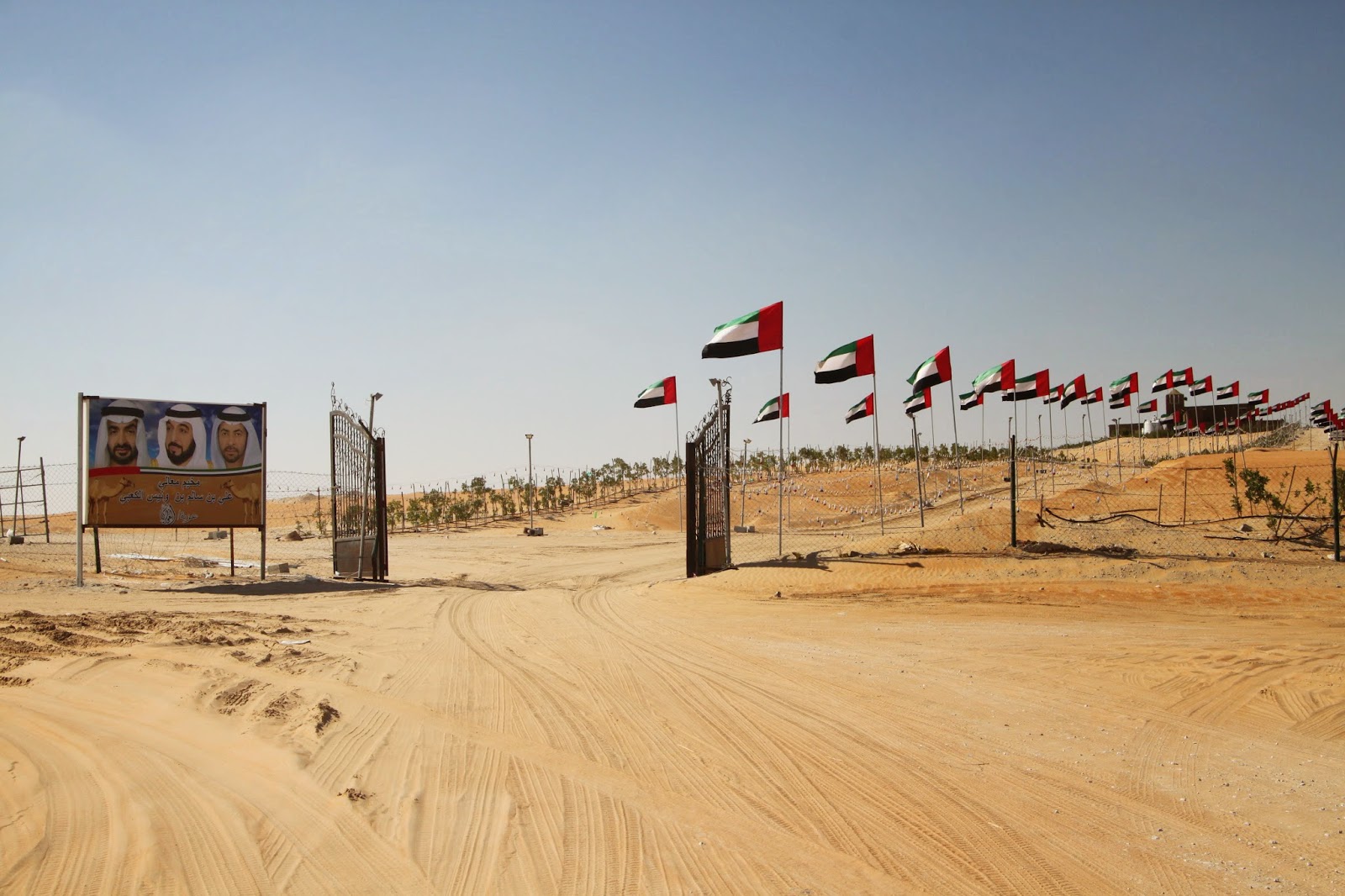 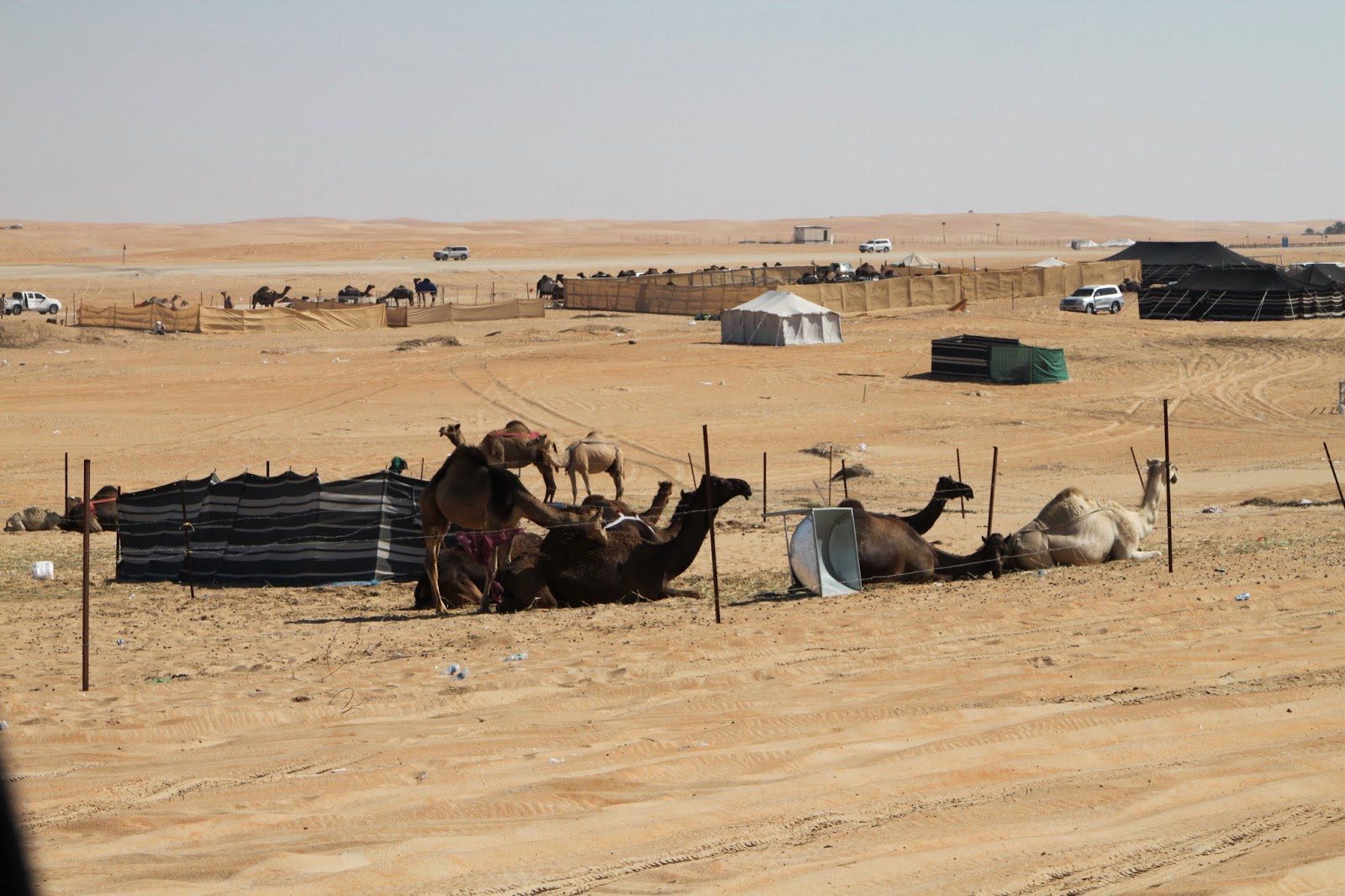 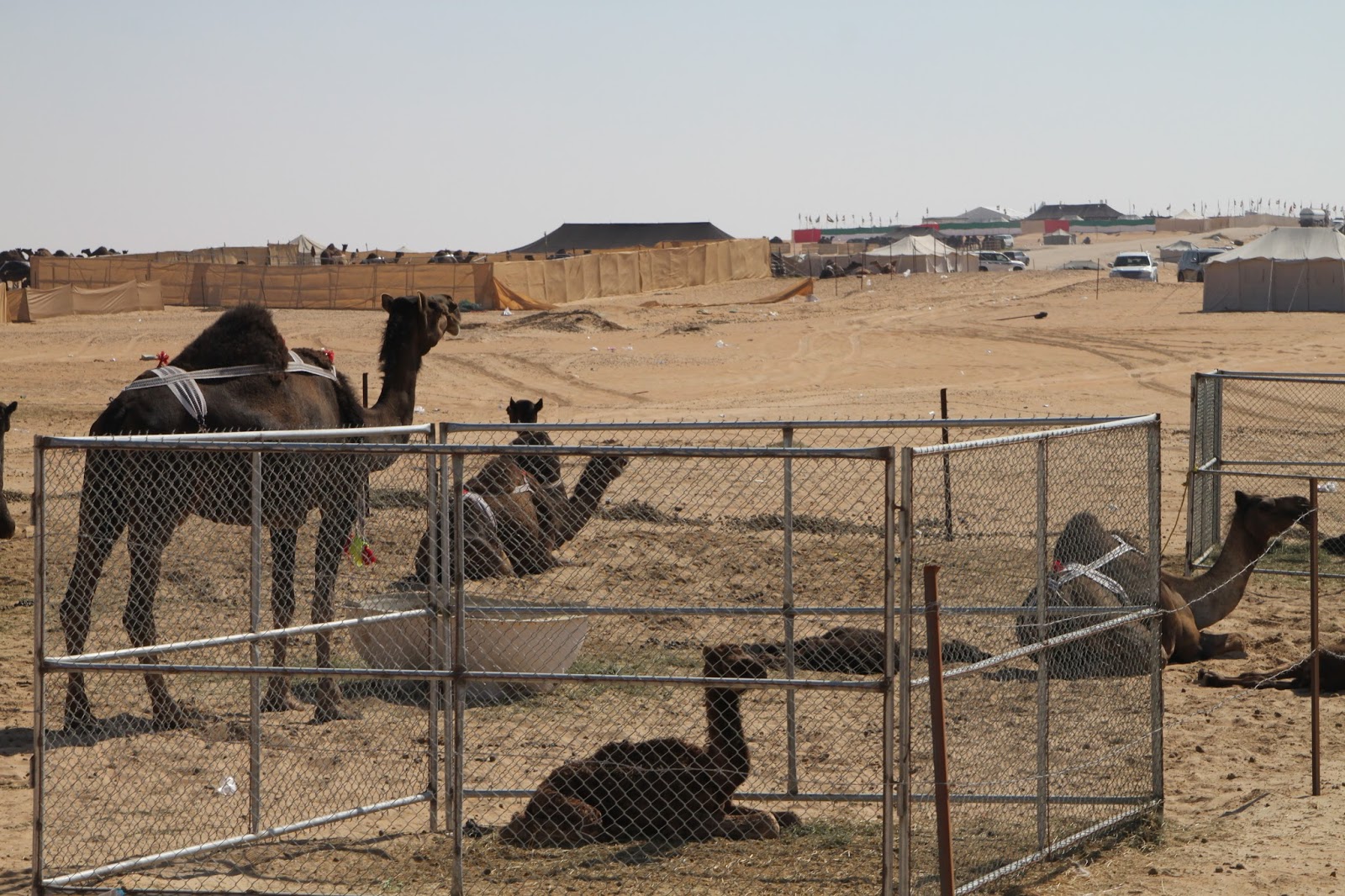 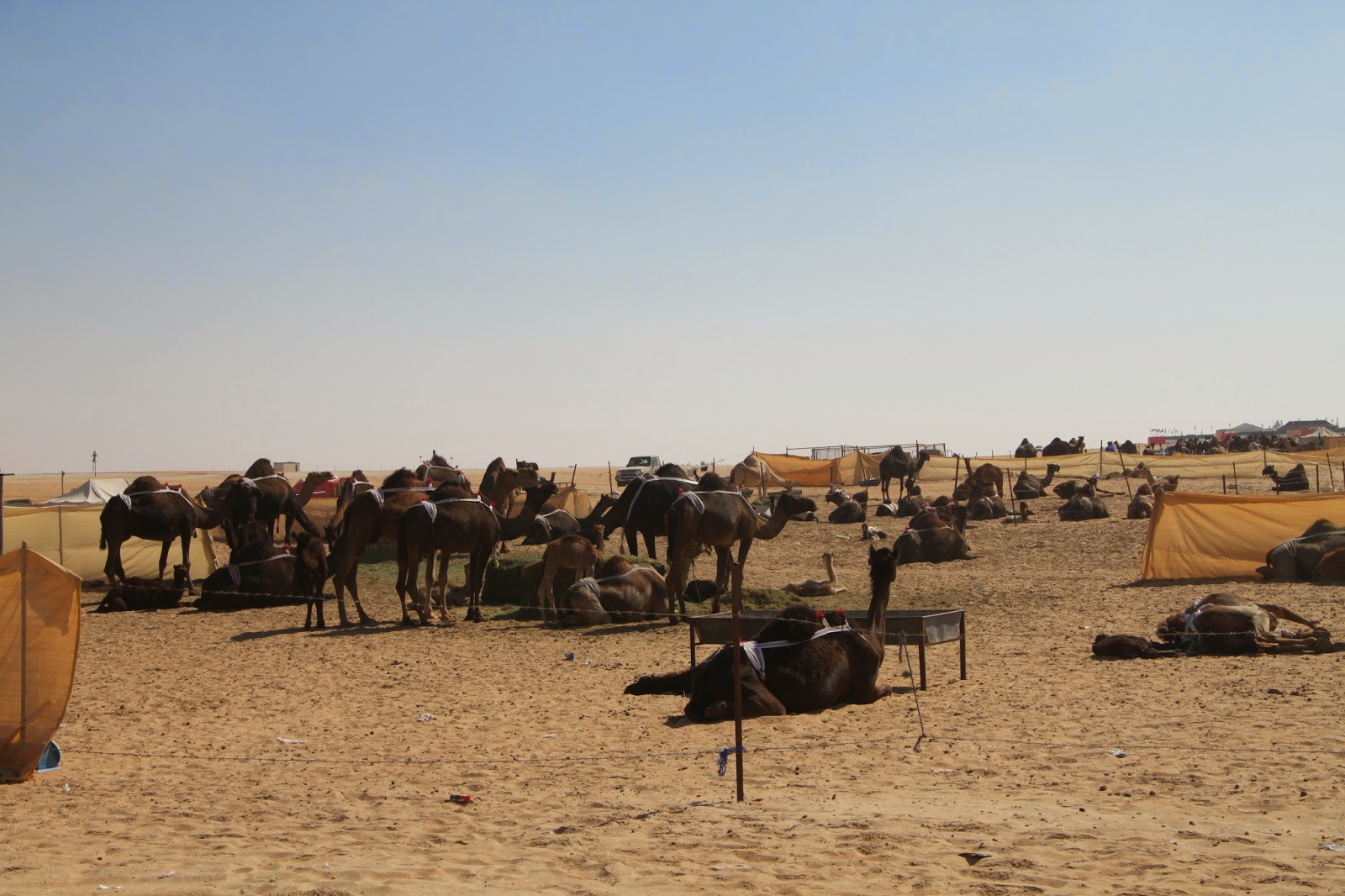 The prizes for all the festival's competitions include 255 cars, and exceed - hold on - Dhs 55 million!!! 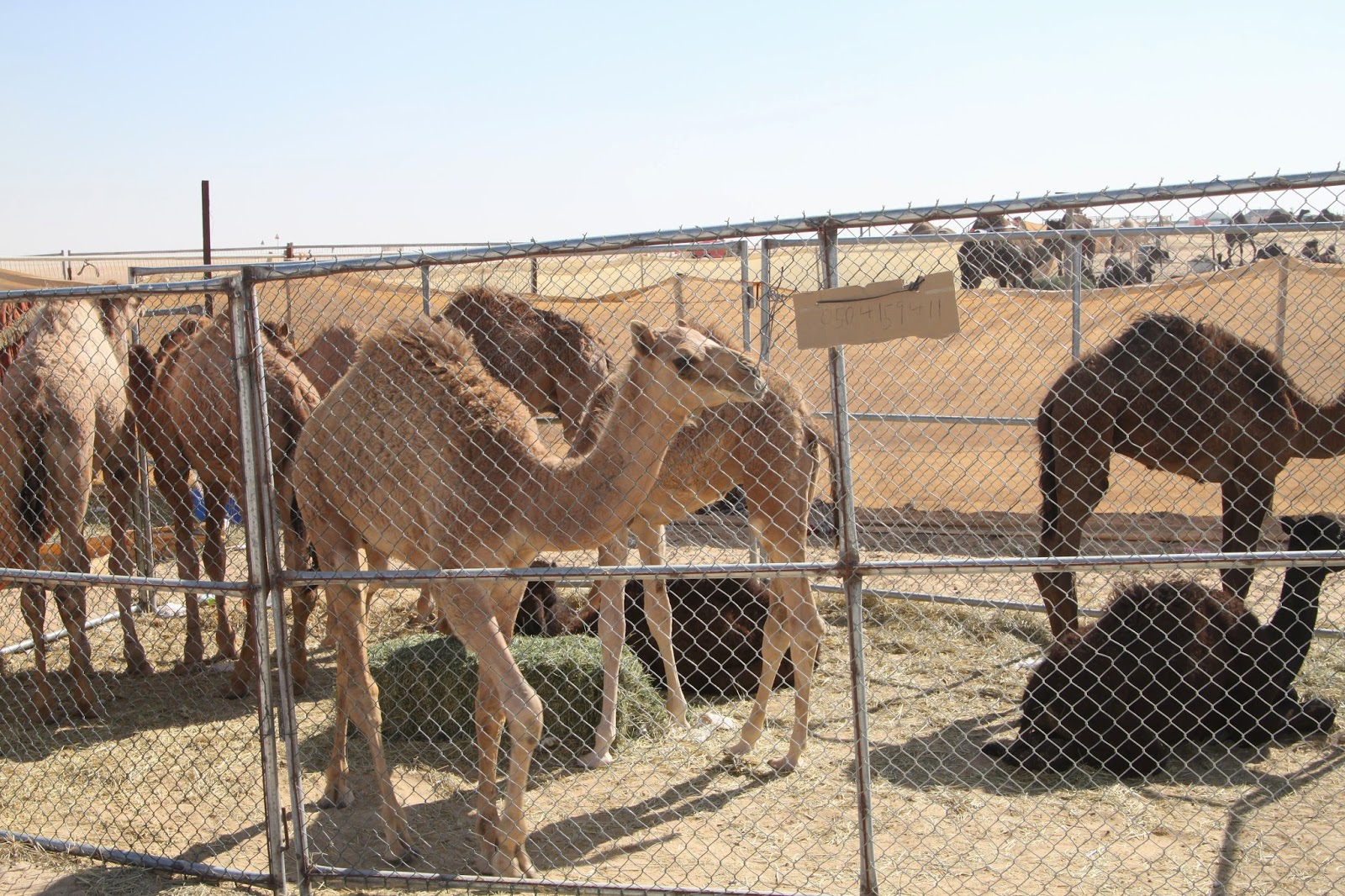 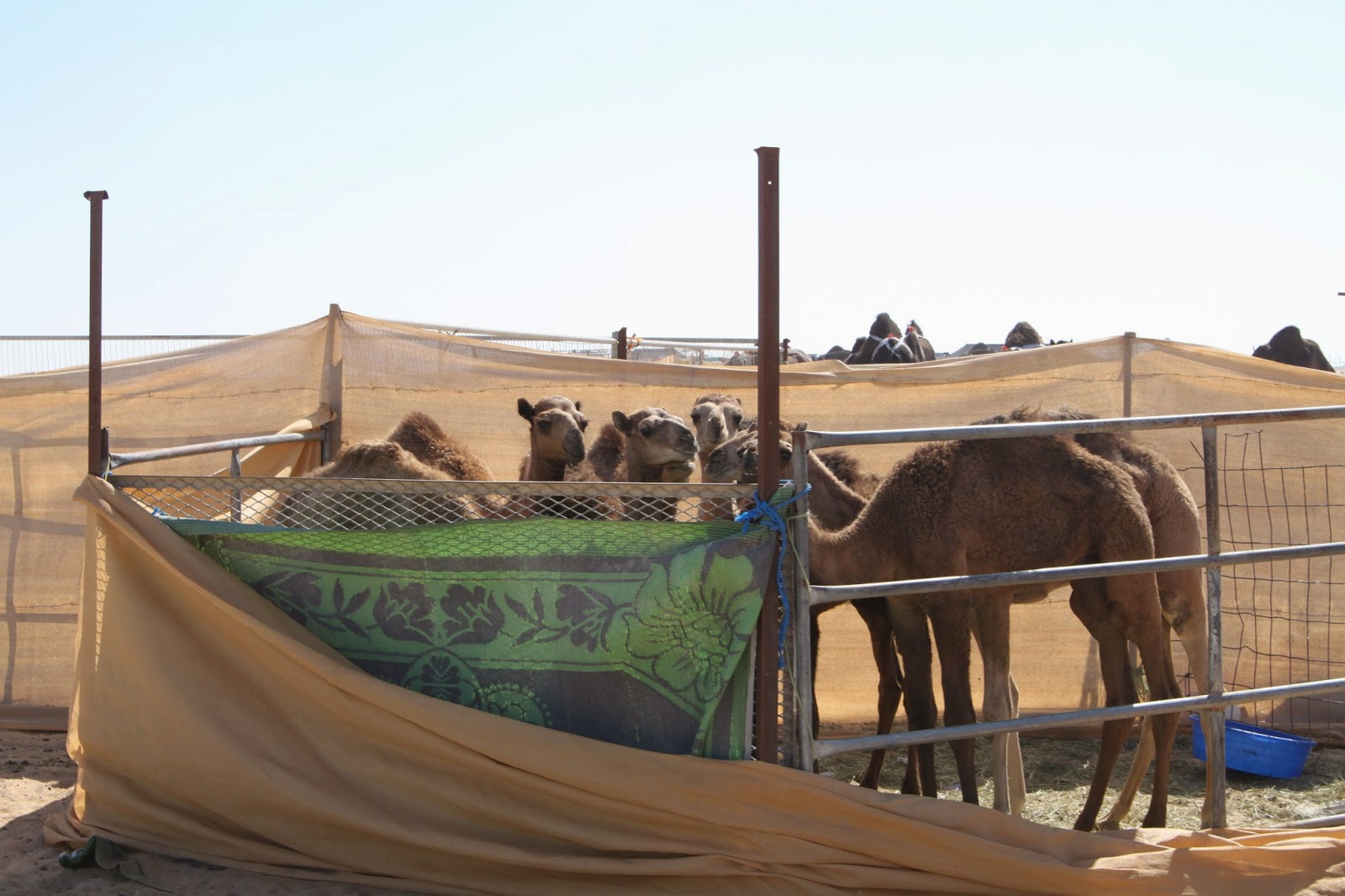 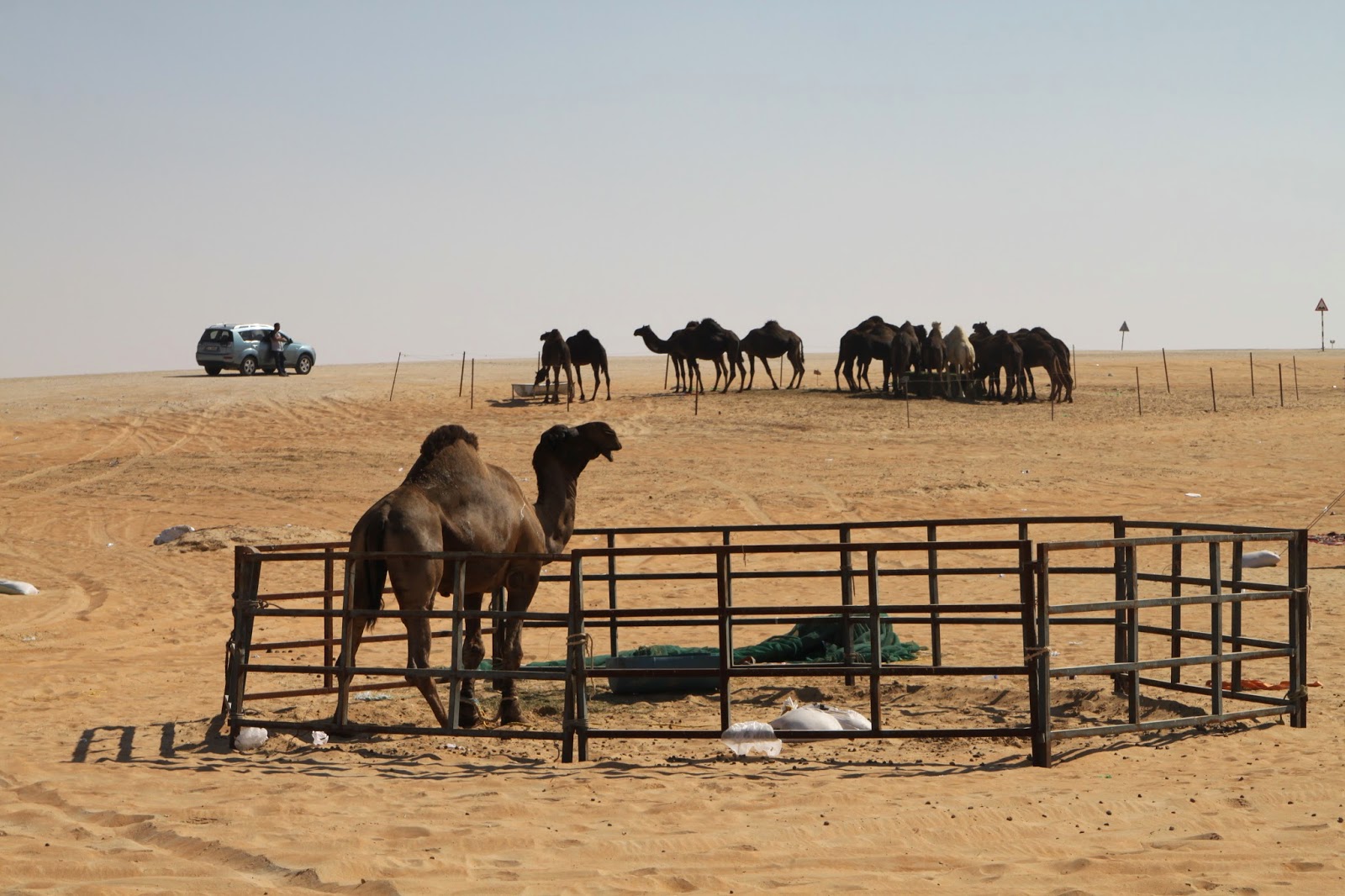 I so wish I knew what the criteria for a beautiful camel is... 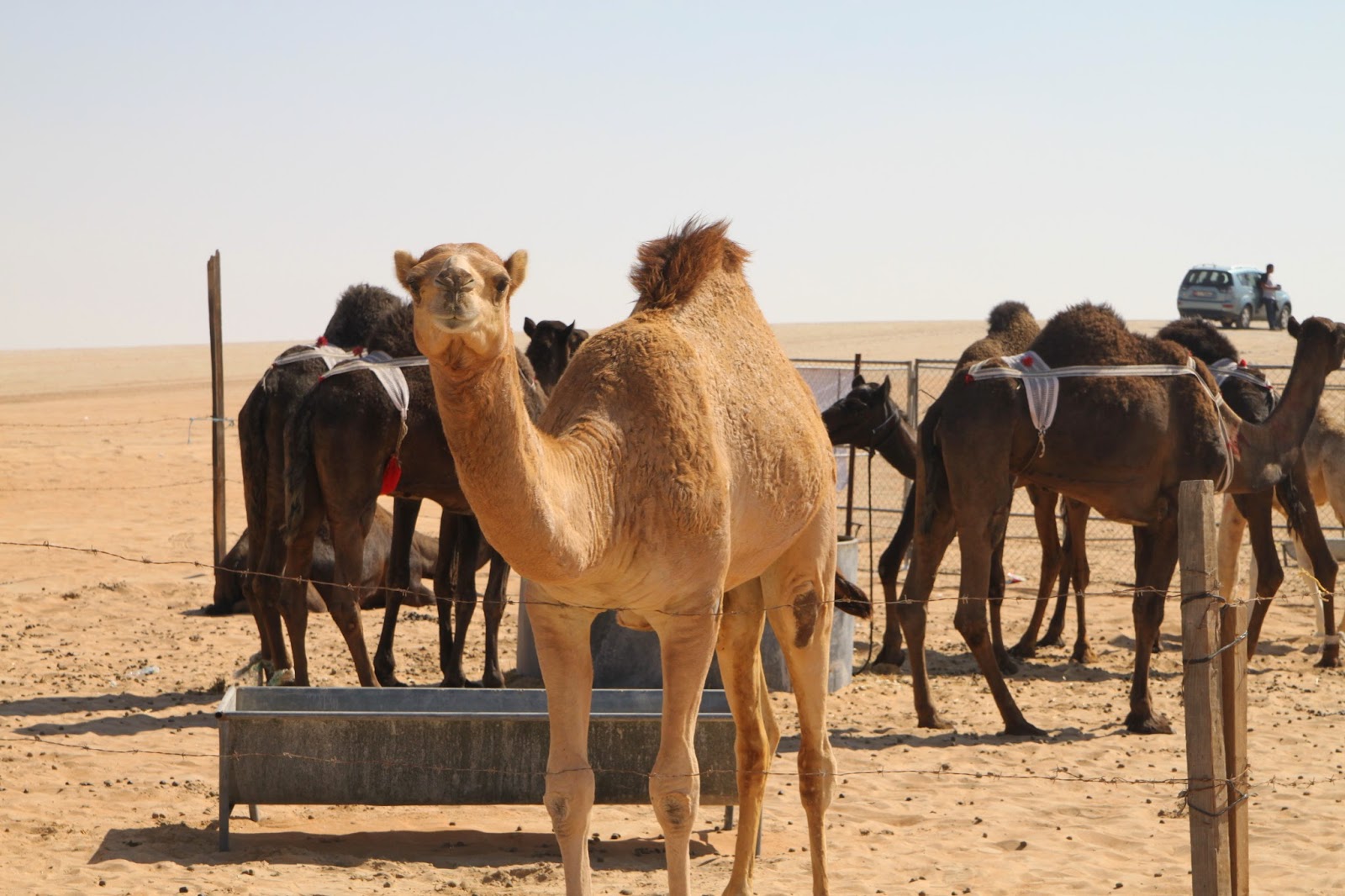 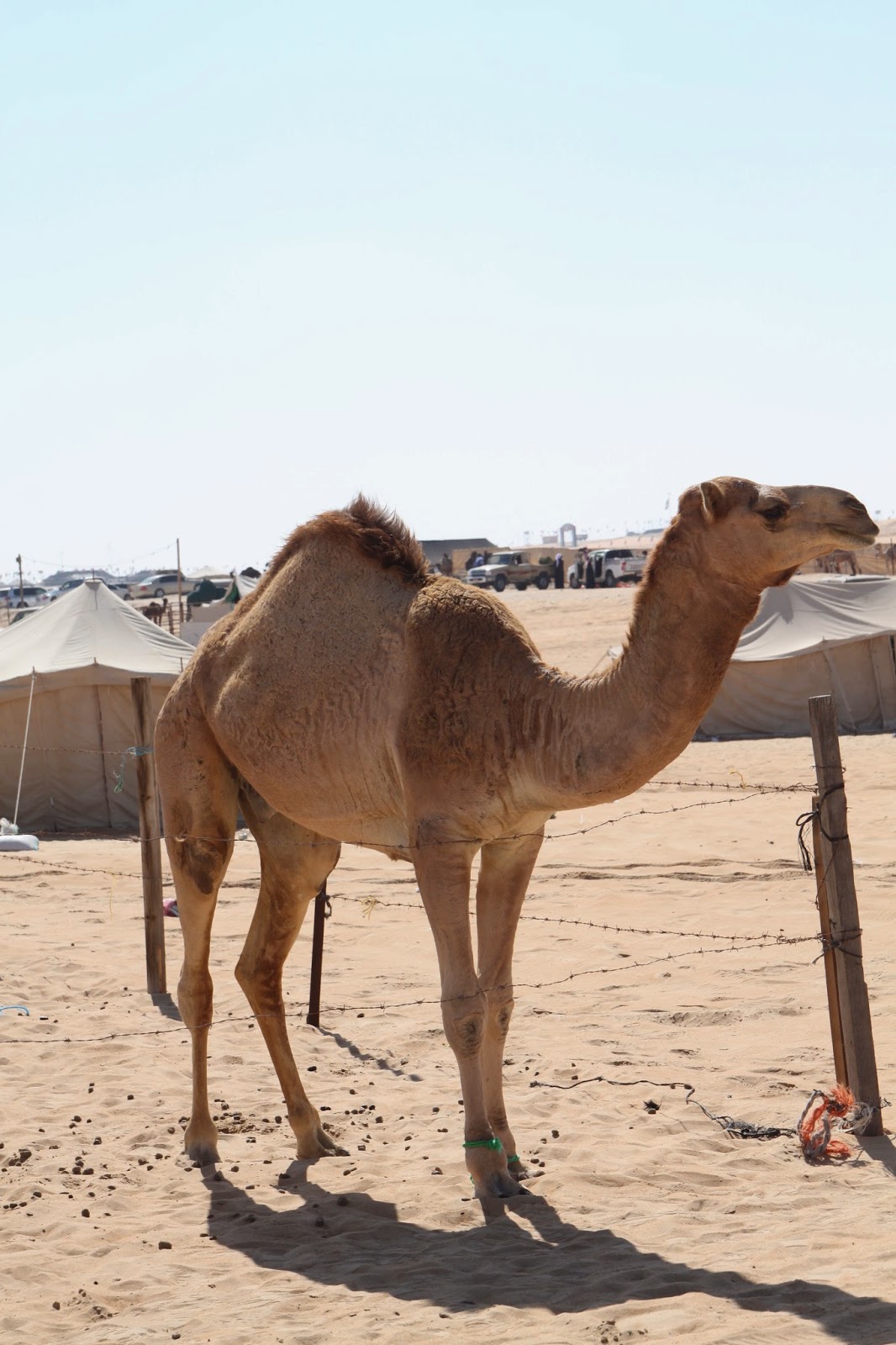 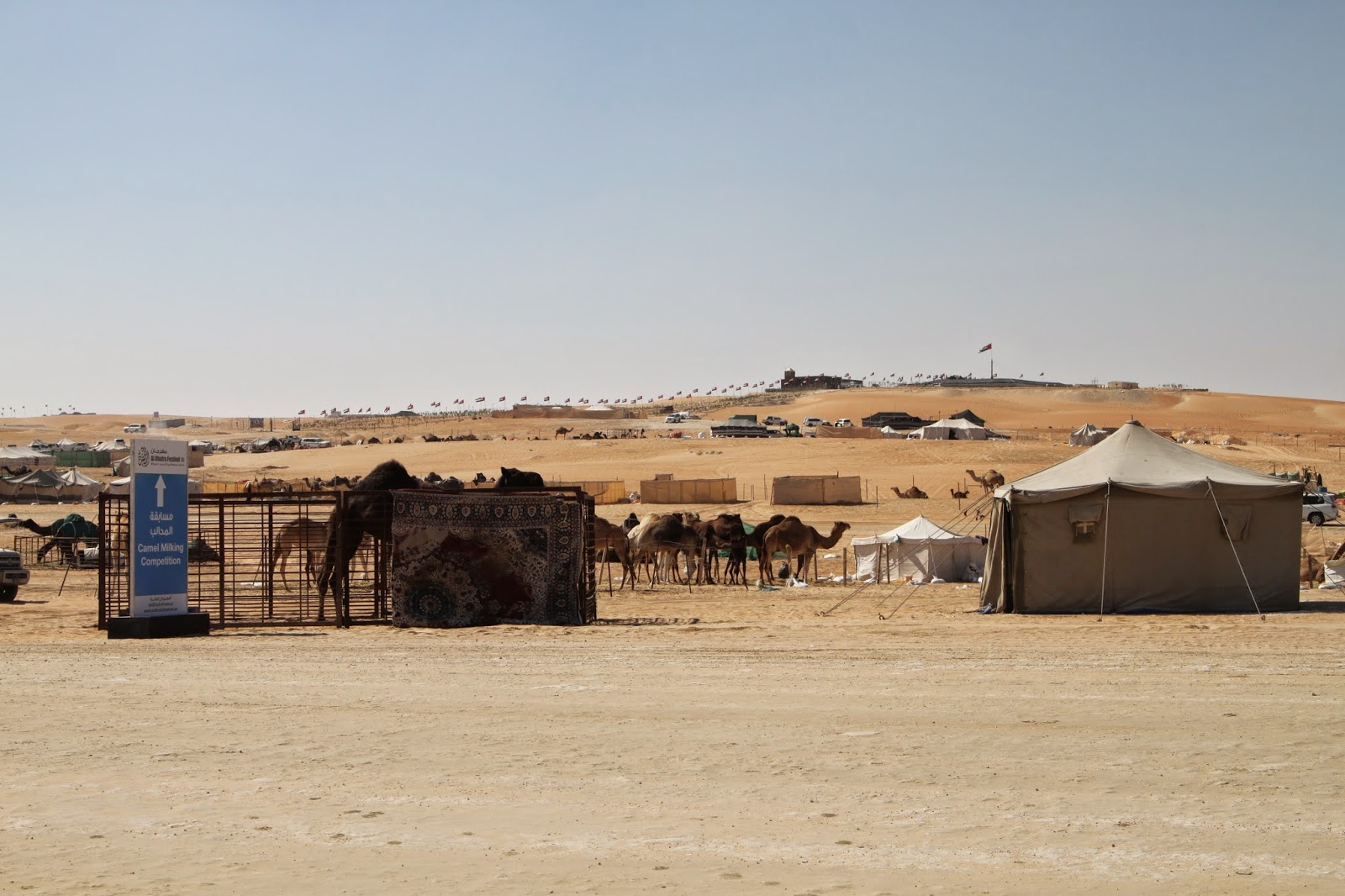 In the handicraft competition, the heritage camel cover must be handmade and include traditional Emirati ornaments such as Al Tarabish (tassels) or Al Telli (weaved silver and golden threads).
The top 10 winners will receive a total of Dhs 100,000, with Dhs 30,000 awarded to the best looking cover. 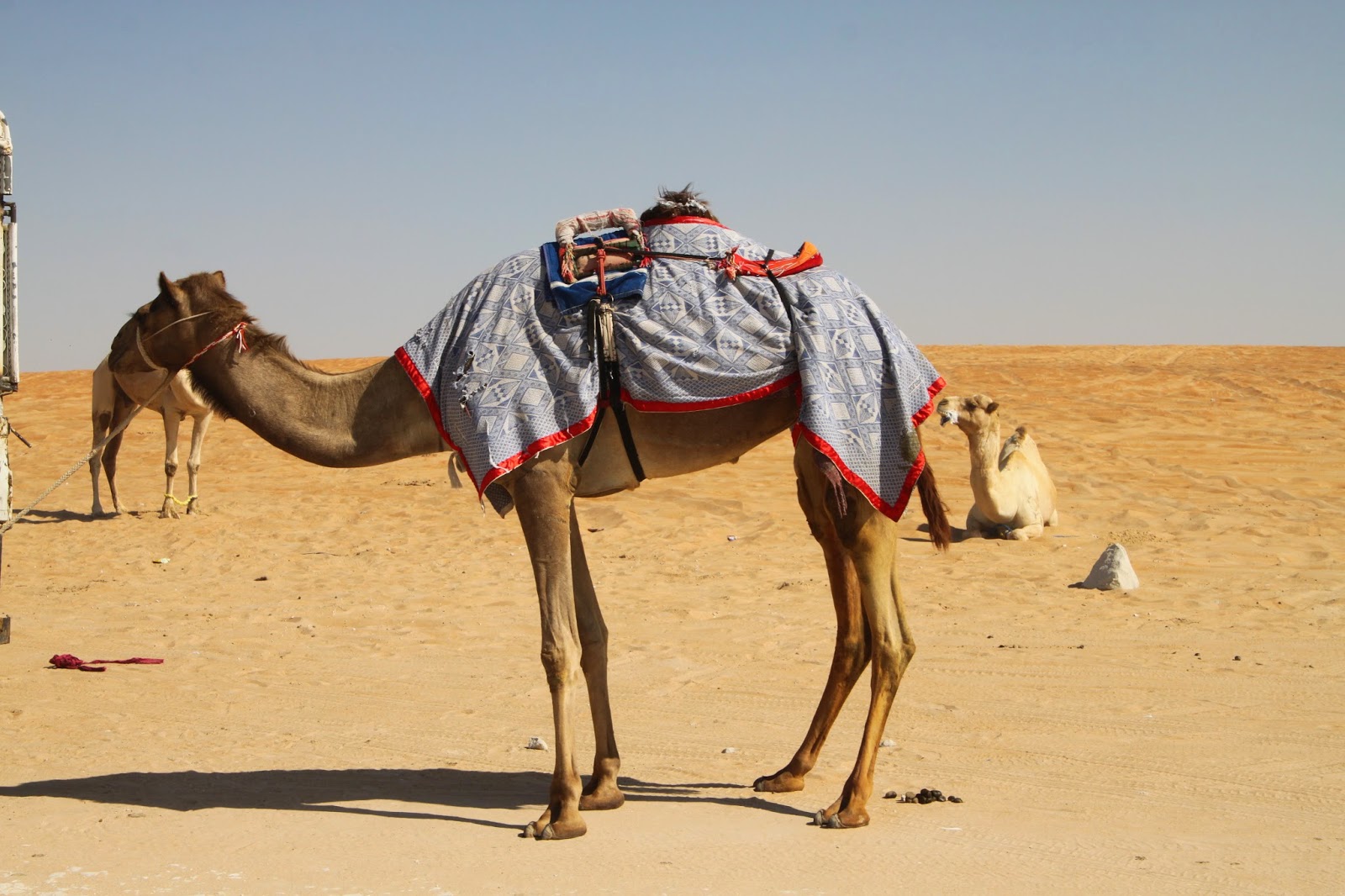 The thing with these festivals is, you have so many questions... but noone to answer them!
Like this for example, what exactly were these sheep competing in?? Growing wool? Running fast?? Milking? 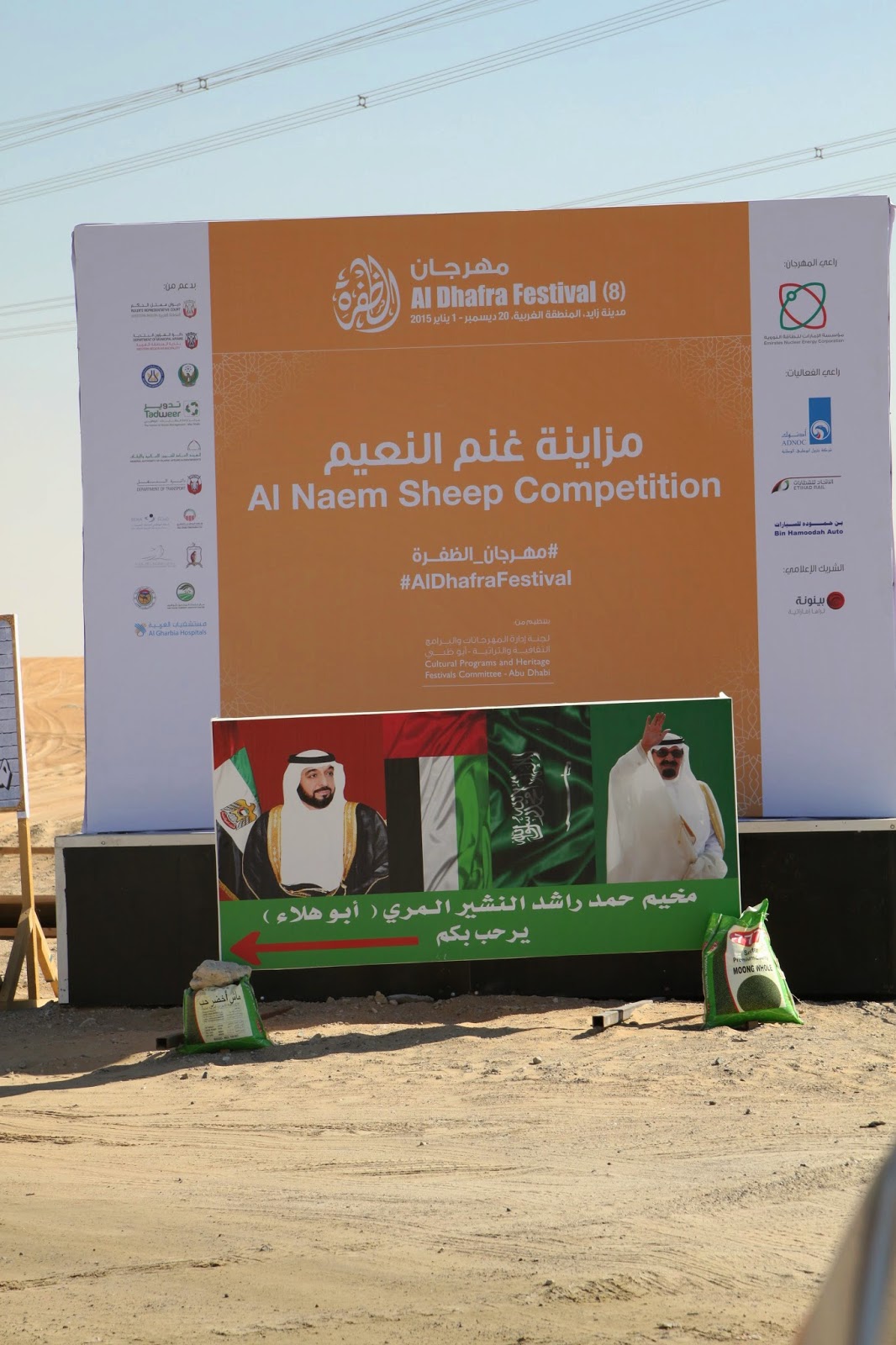 There was also a traditional souk where you could by the pretty "dresses" for the camels, or the camel glitter as we called it. 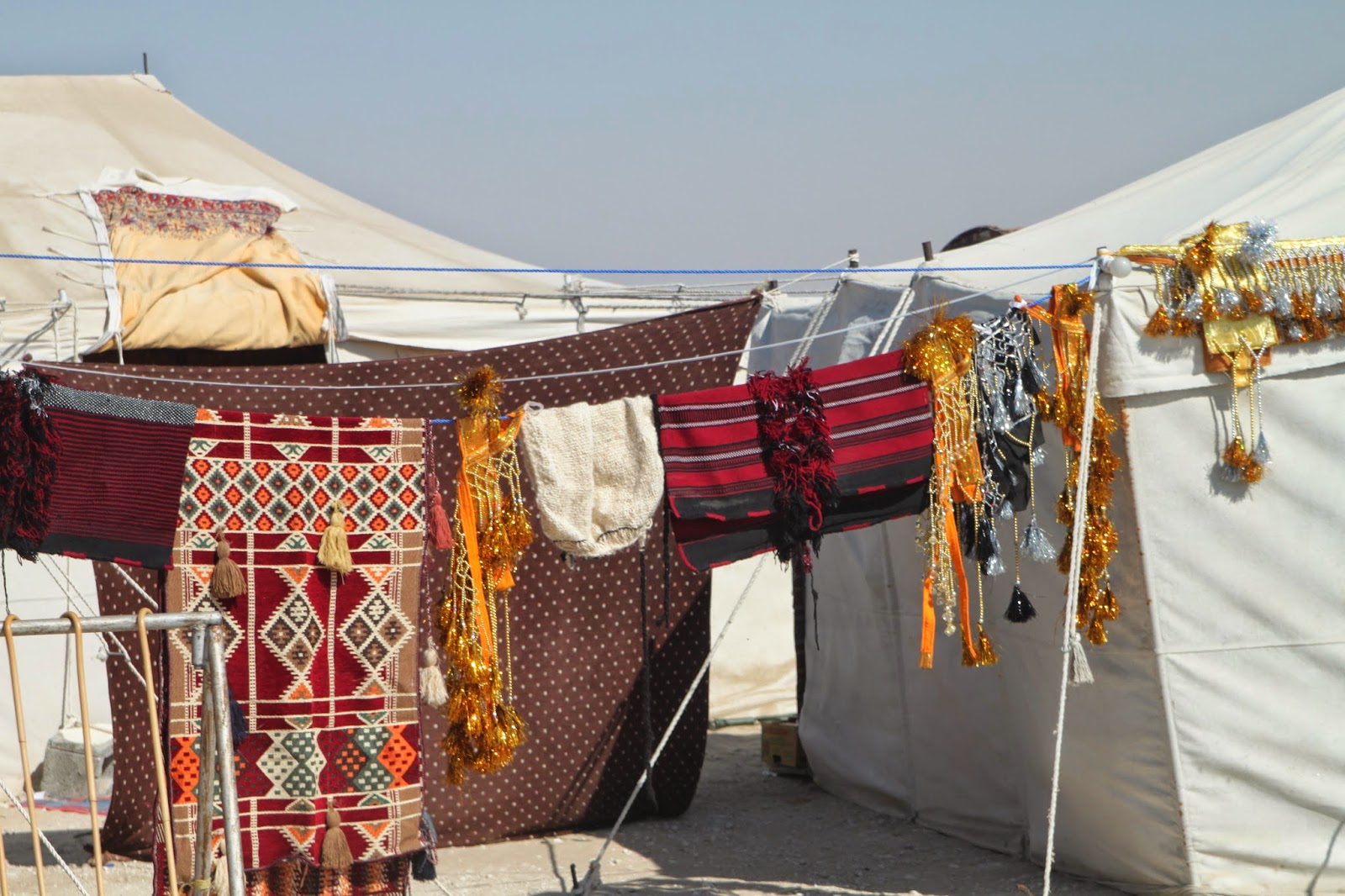 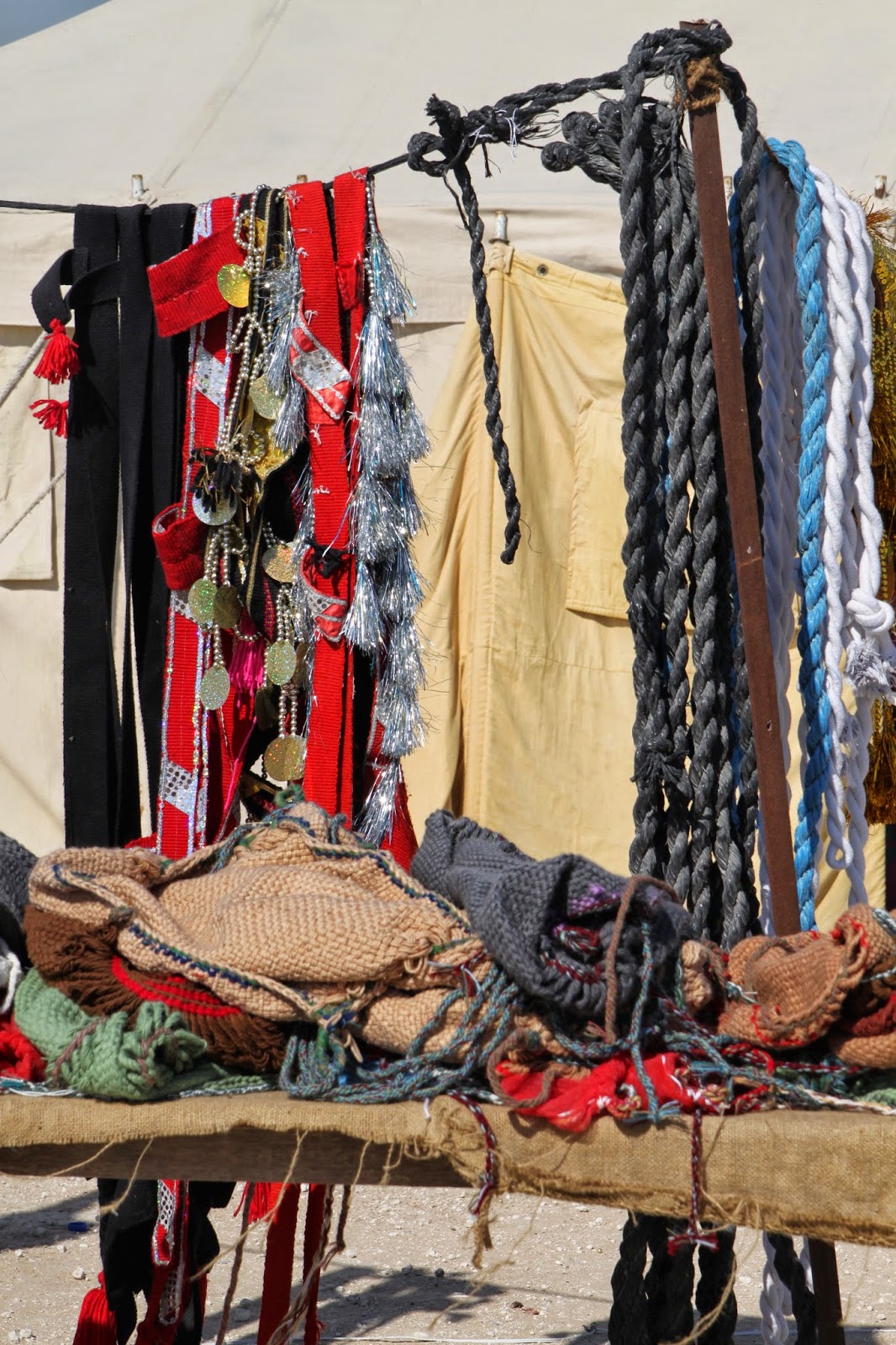 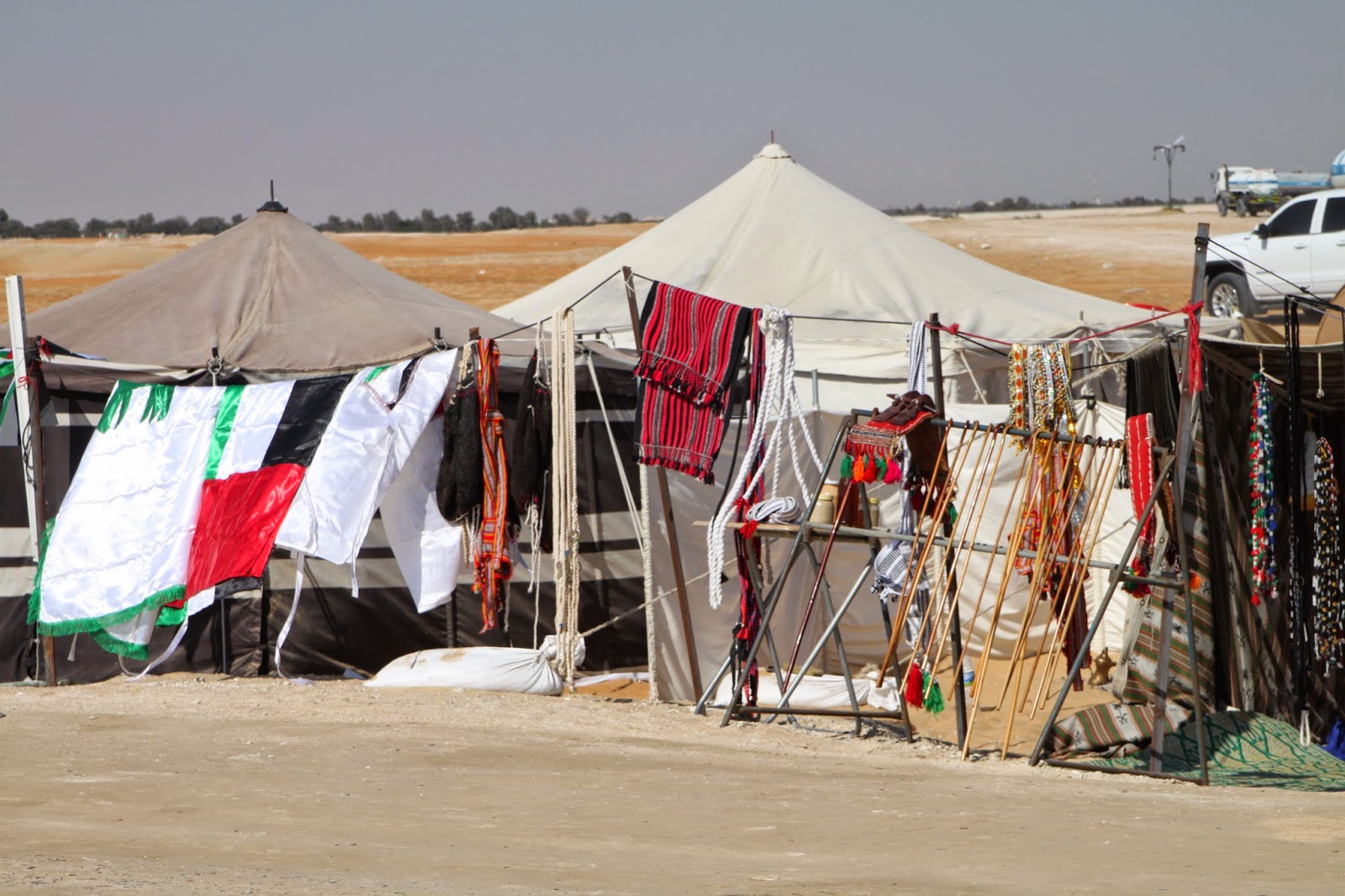 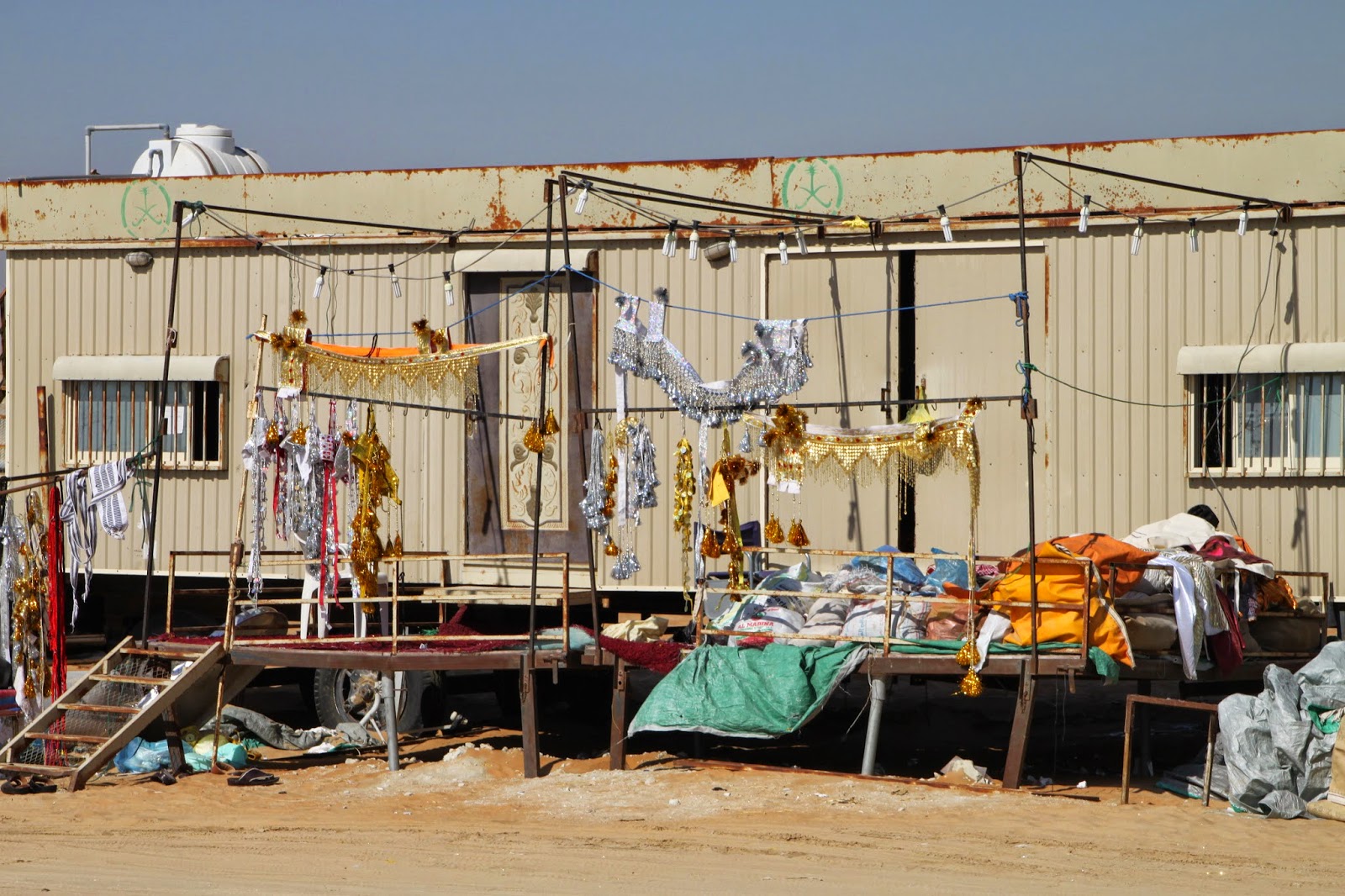 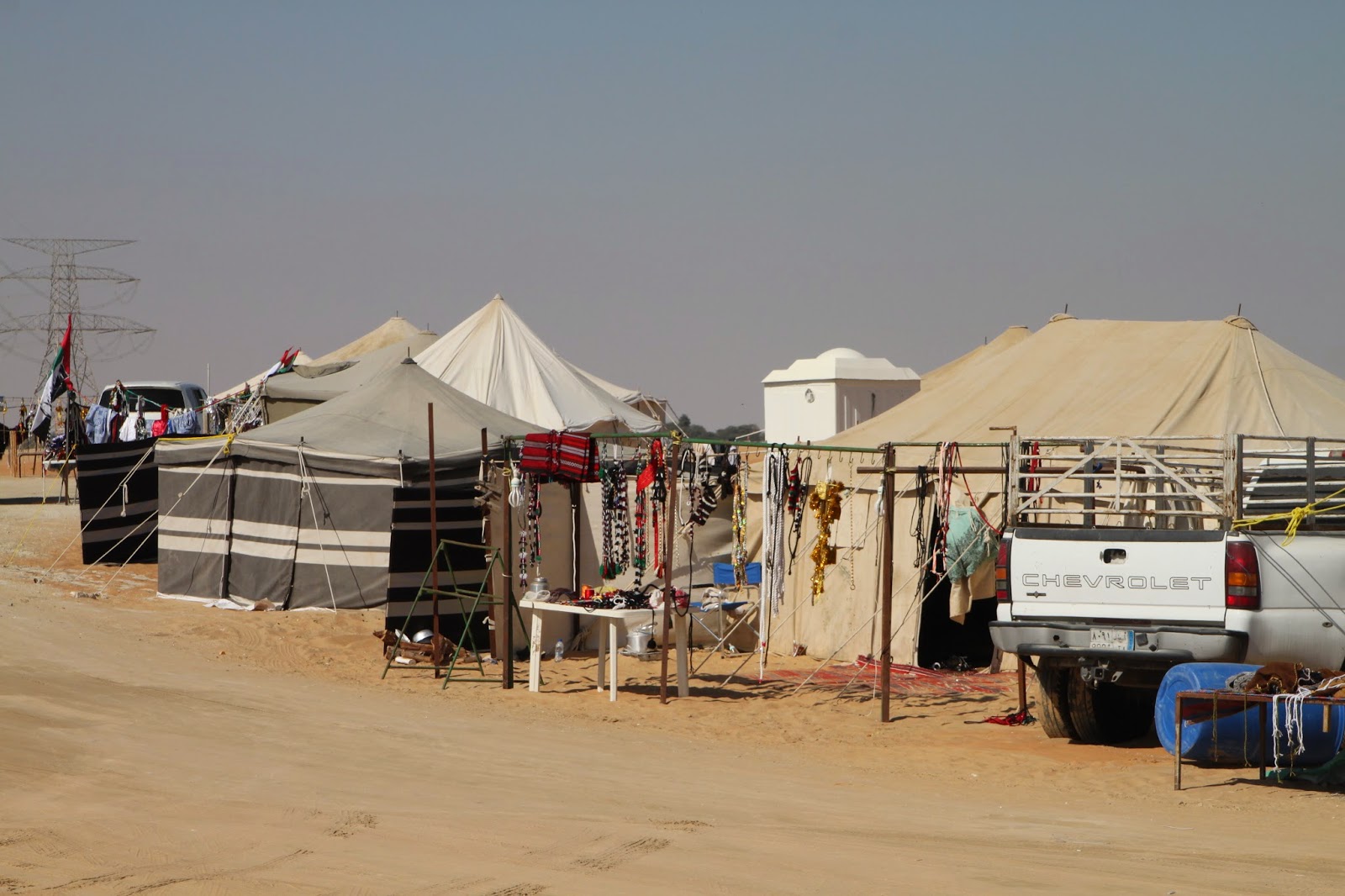 This was another mystery - what do they use these boxes for?? 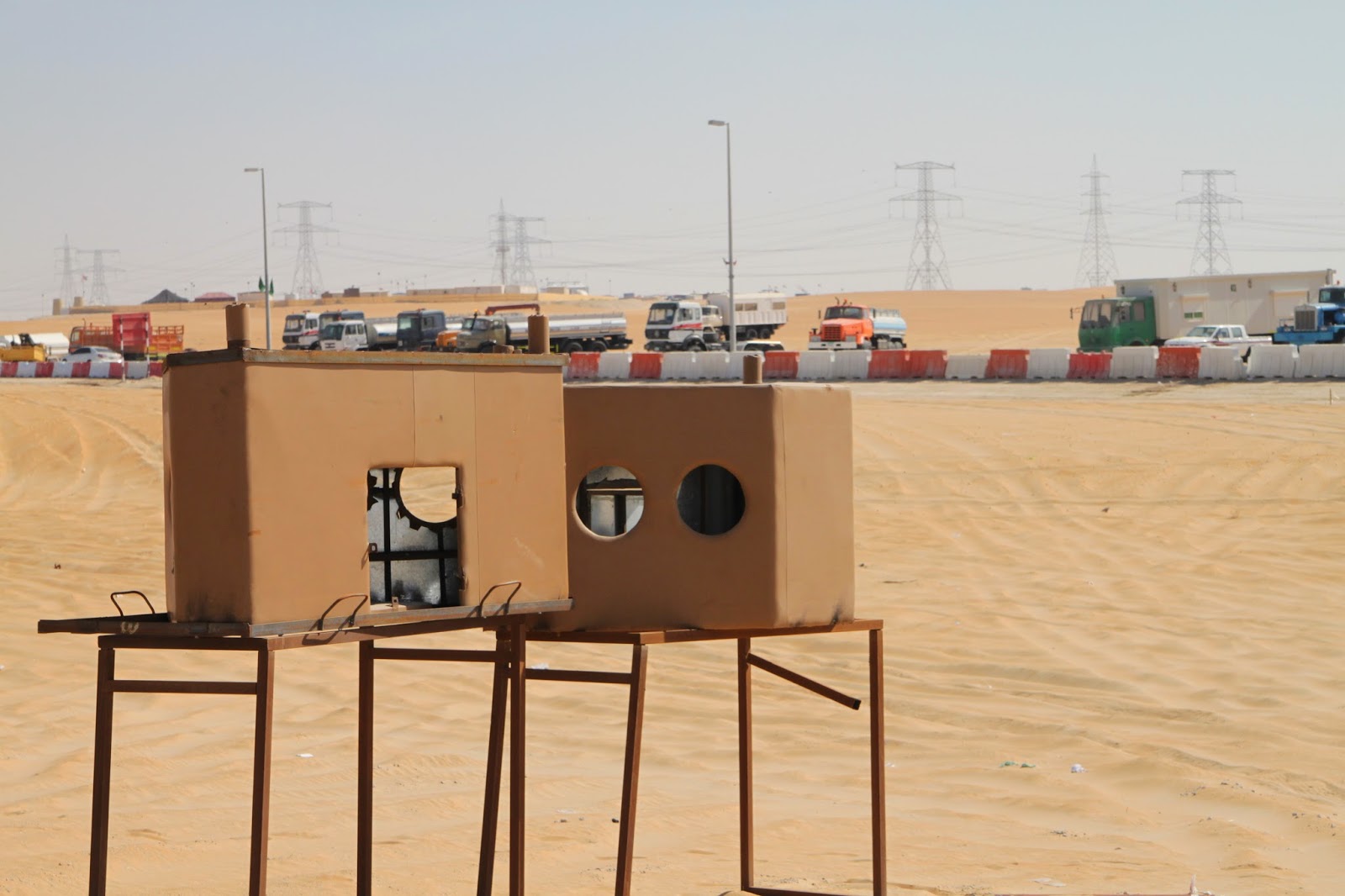 Anyway, we had a great morning out, and really enjoyed this very exotic experience, even if it was just by drive-by sightseeing! I do hope I will make some local friends soon, that can explain all these amazing happenings to me! :)
Posted by MrsW at 19:49