Yesterday afternoon we took to the Yas Marina Circuit again, and brought the kids. We had got some free tickets (just by registering on the Ferrari homepage!) to the Ferrari Finali Mondiali, and we decided to go and see the parade.
We arrived just as they were having a prize giving for some... thing... The podium had three Italians on it anyway, and they were all very happy! :) 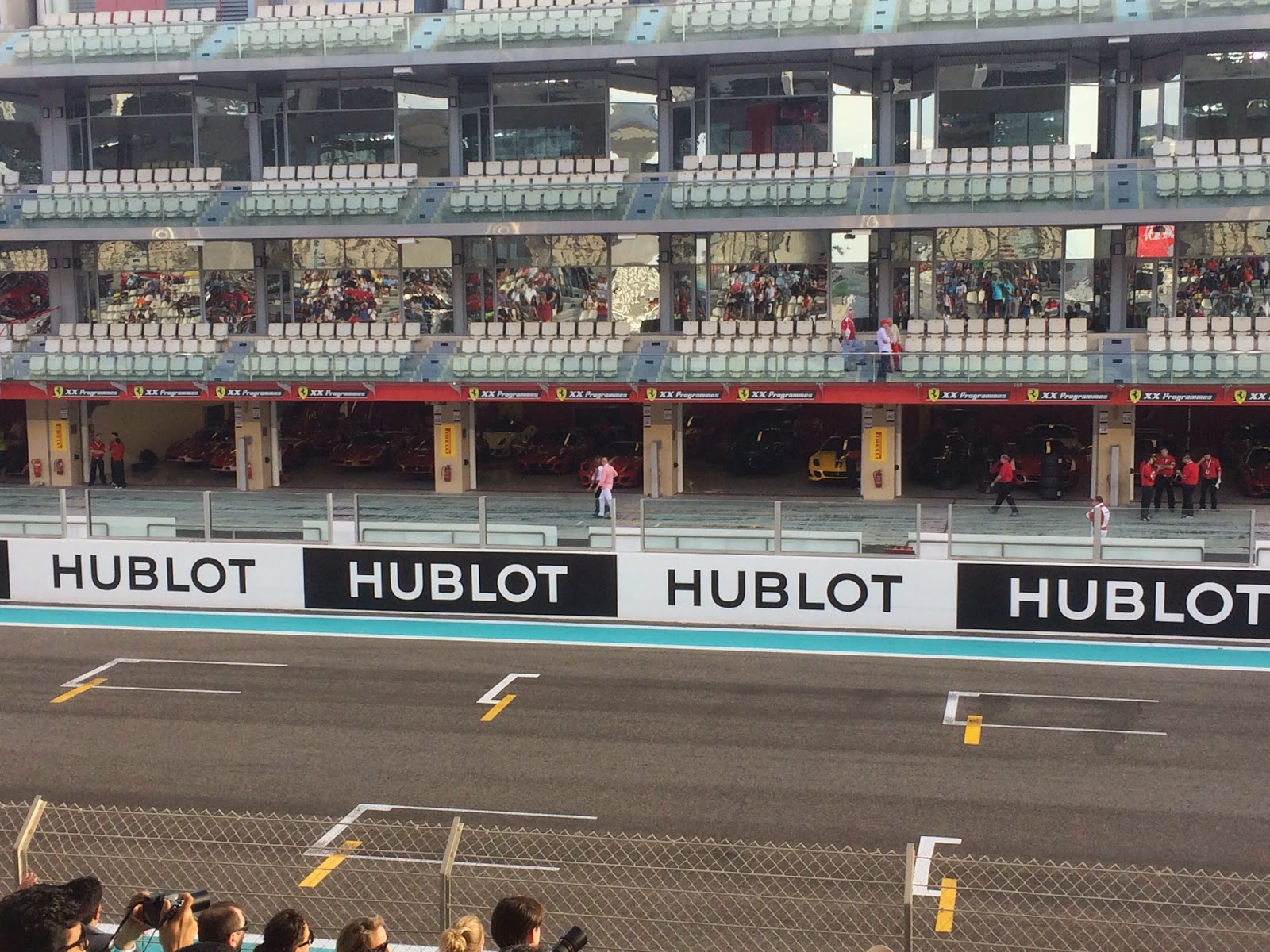 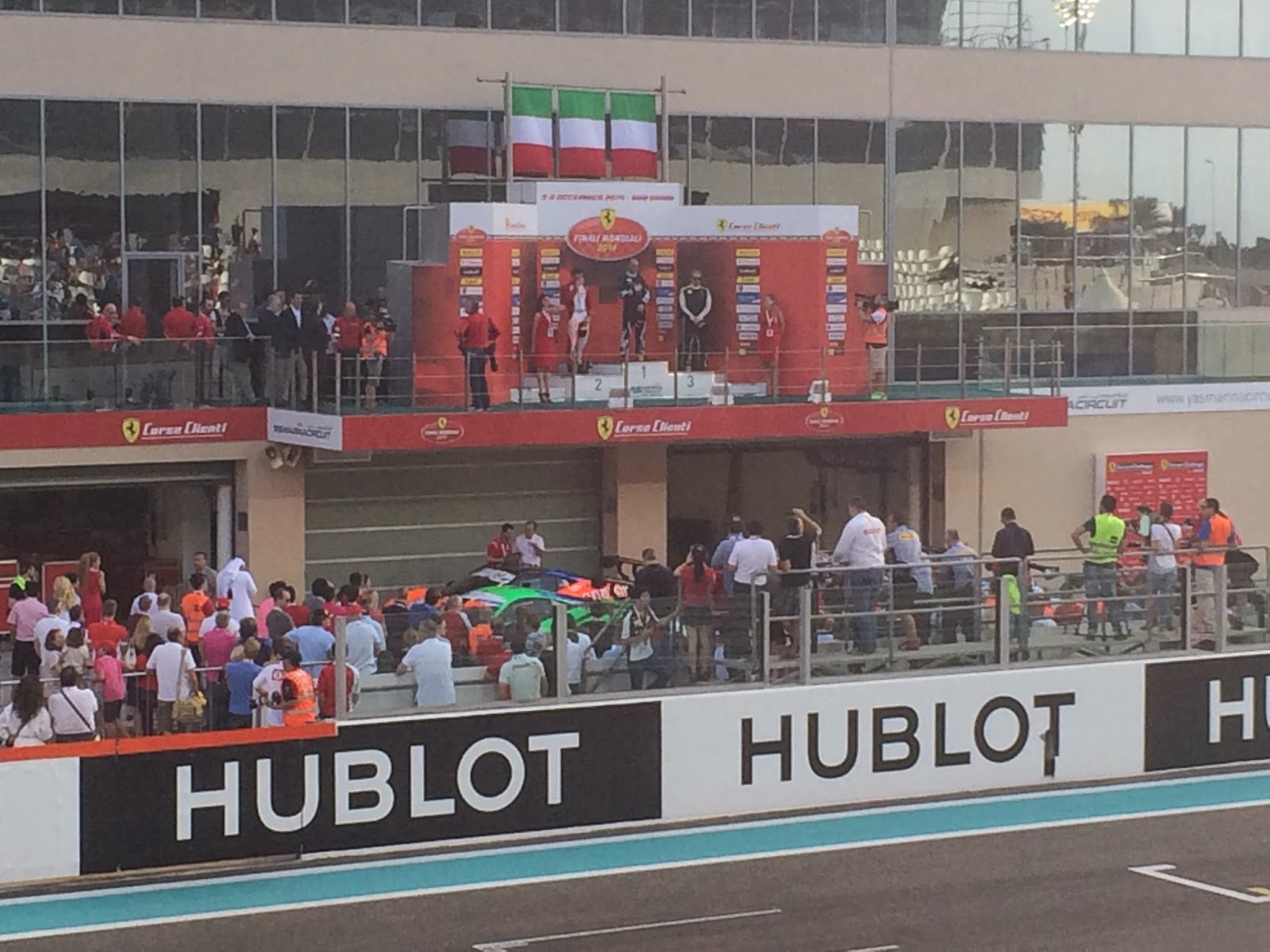 Then we had to wait for a little bit, as they set up for the parade. It was worth the short wait, as it was absolutely amazing - over 200 Ferrari cars took part in this parade, from 458’s to F12’s and everything in between! 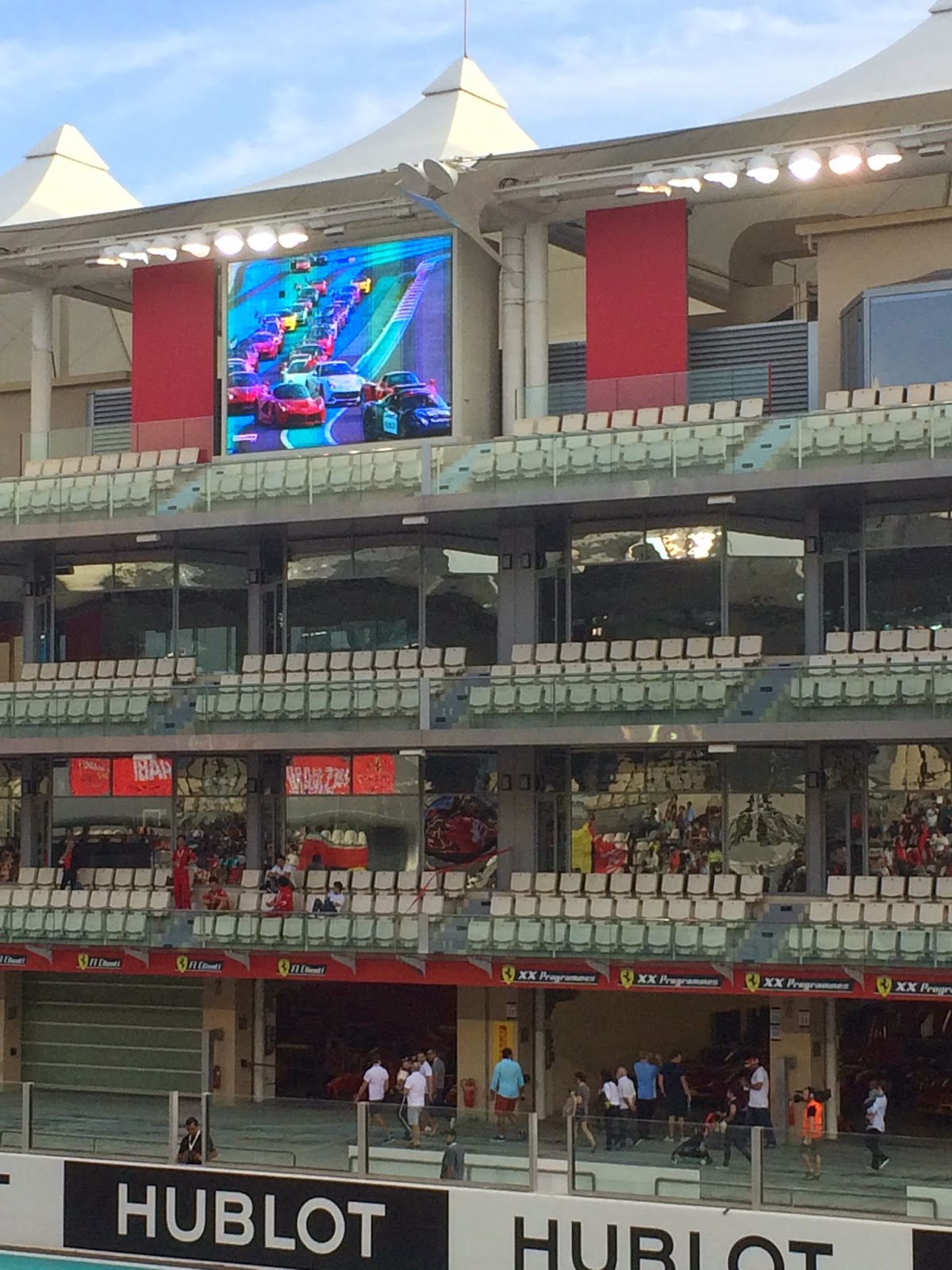 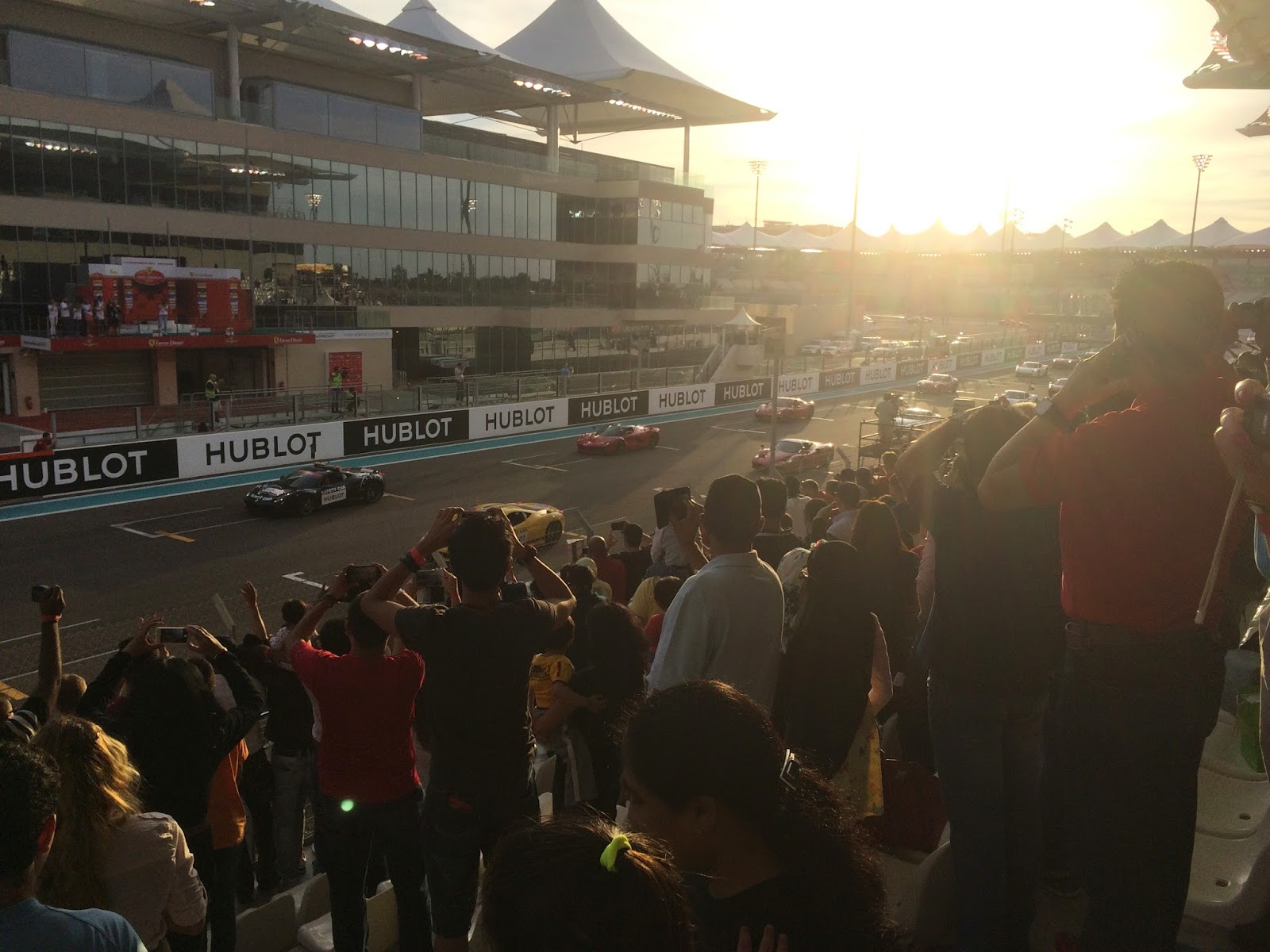 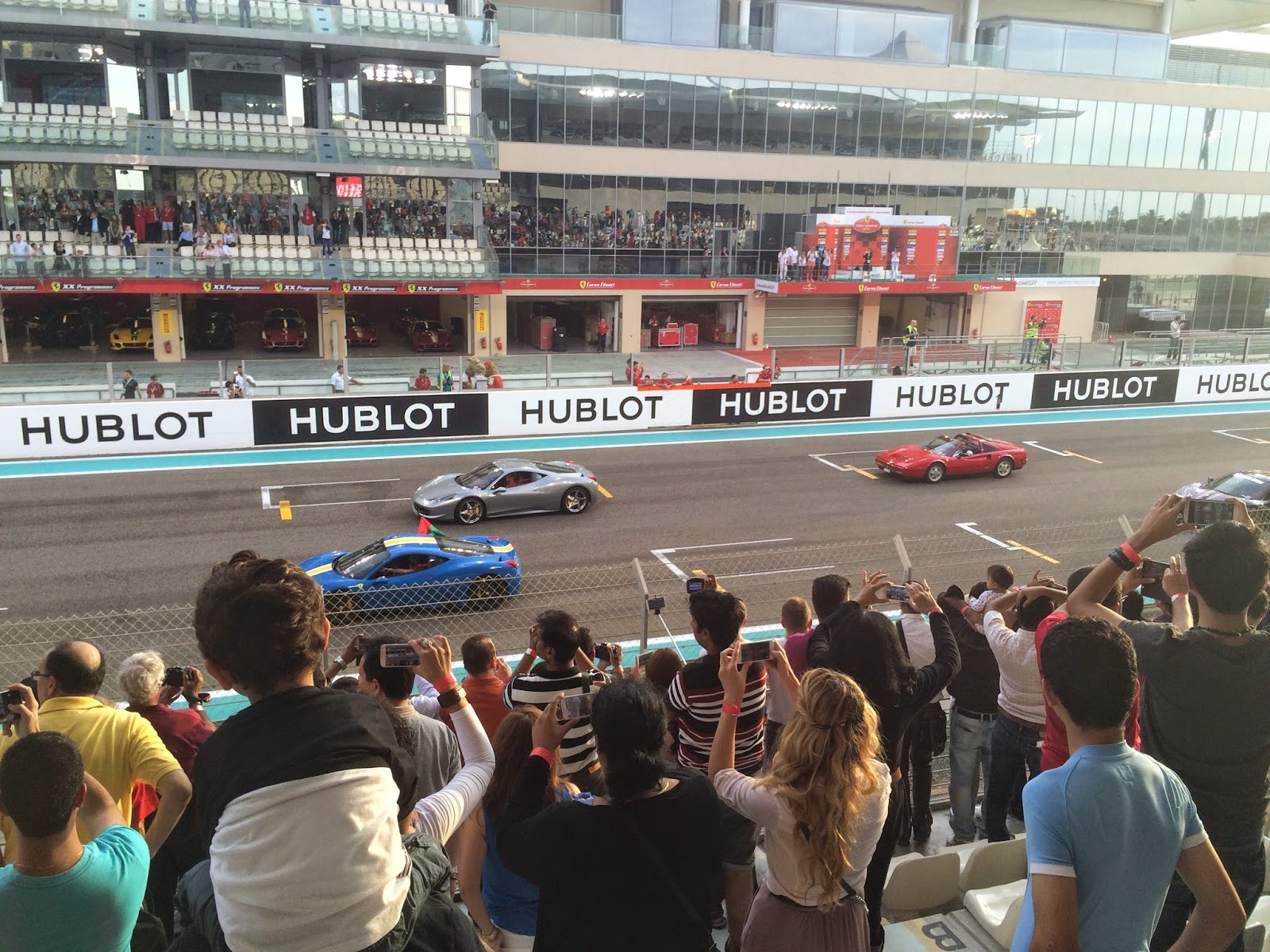 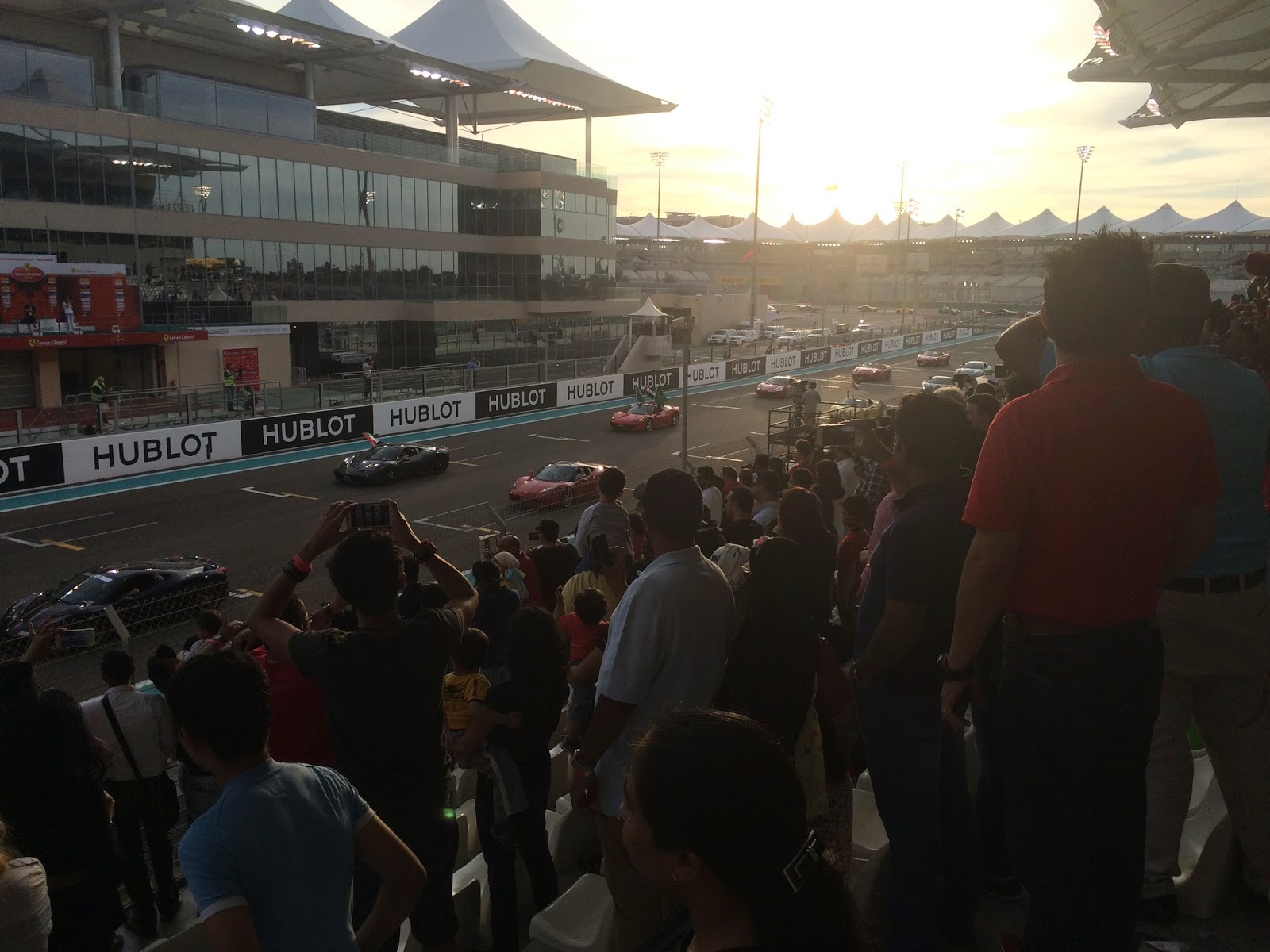 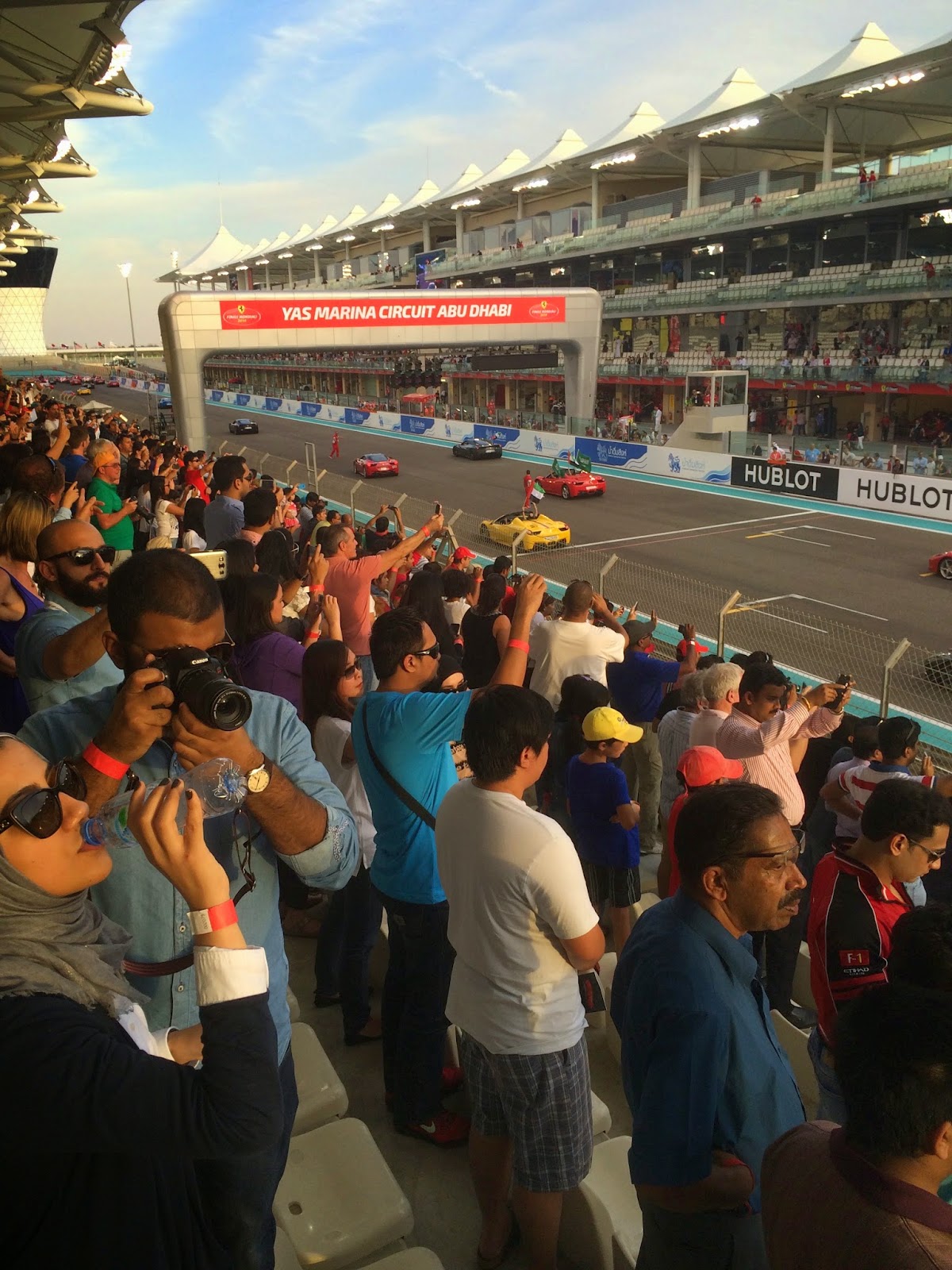 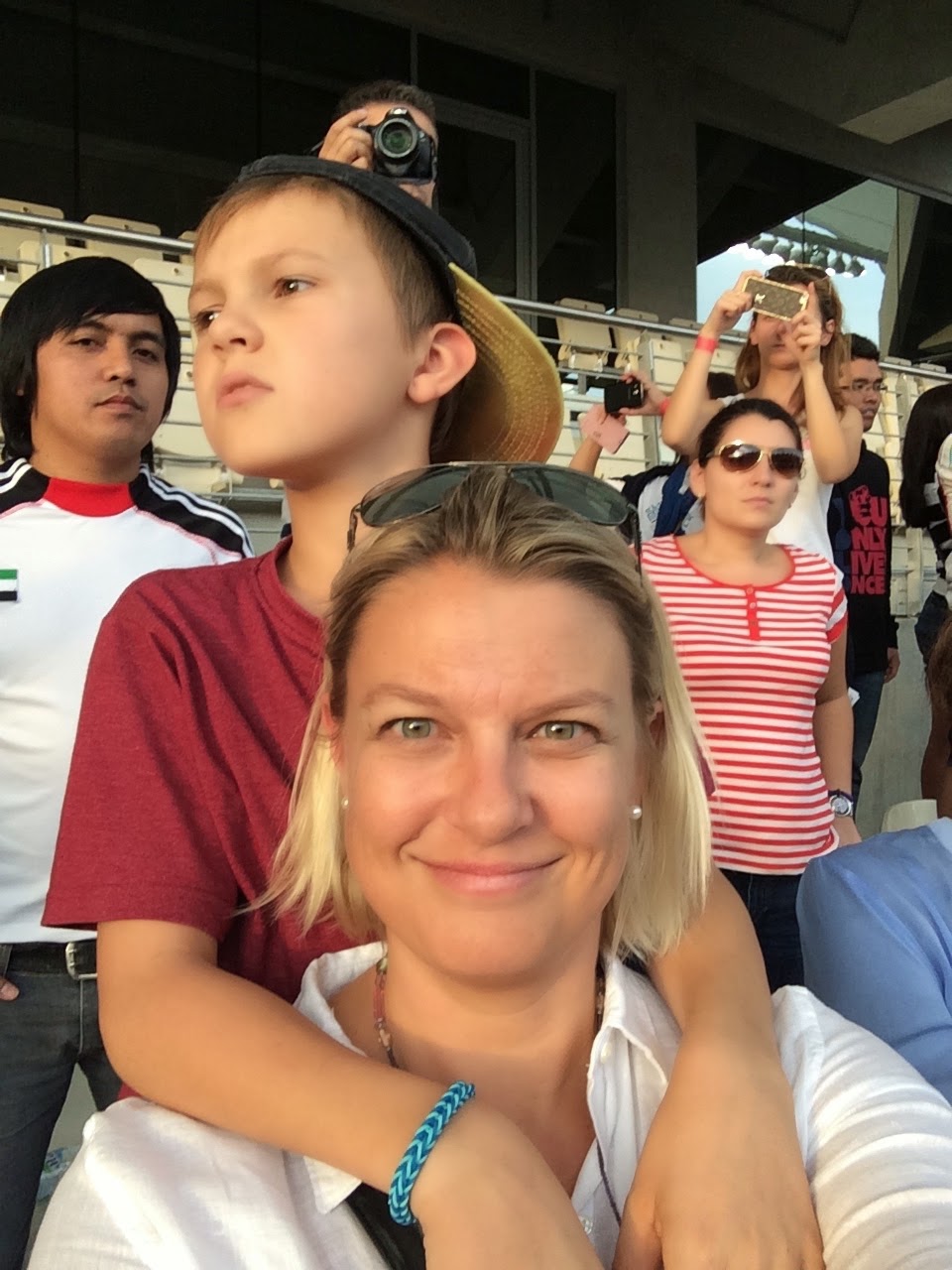 This was the first time the Ferrari Finali Mondiali was held outside Europe, and this race is considered one of the most popular single-make championships in the world. 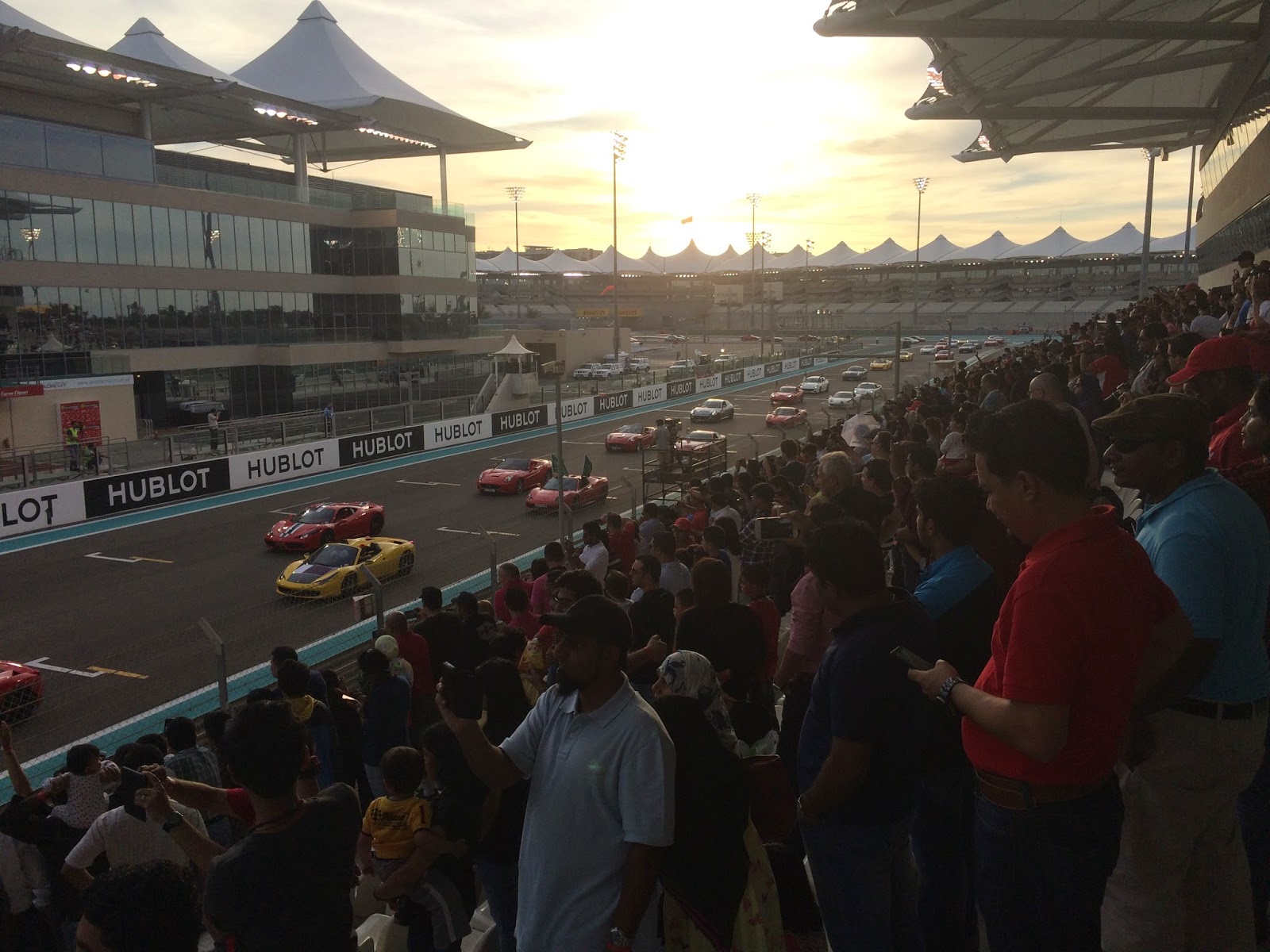 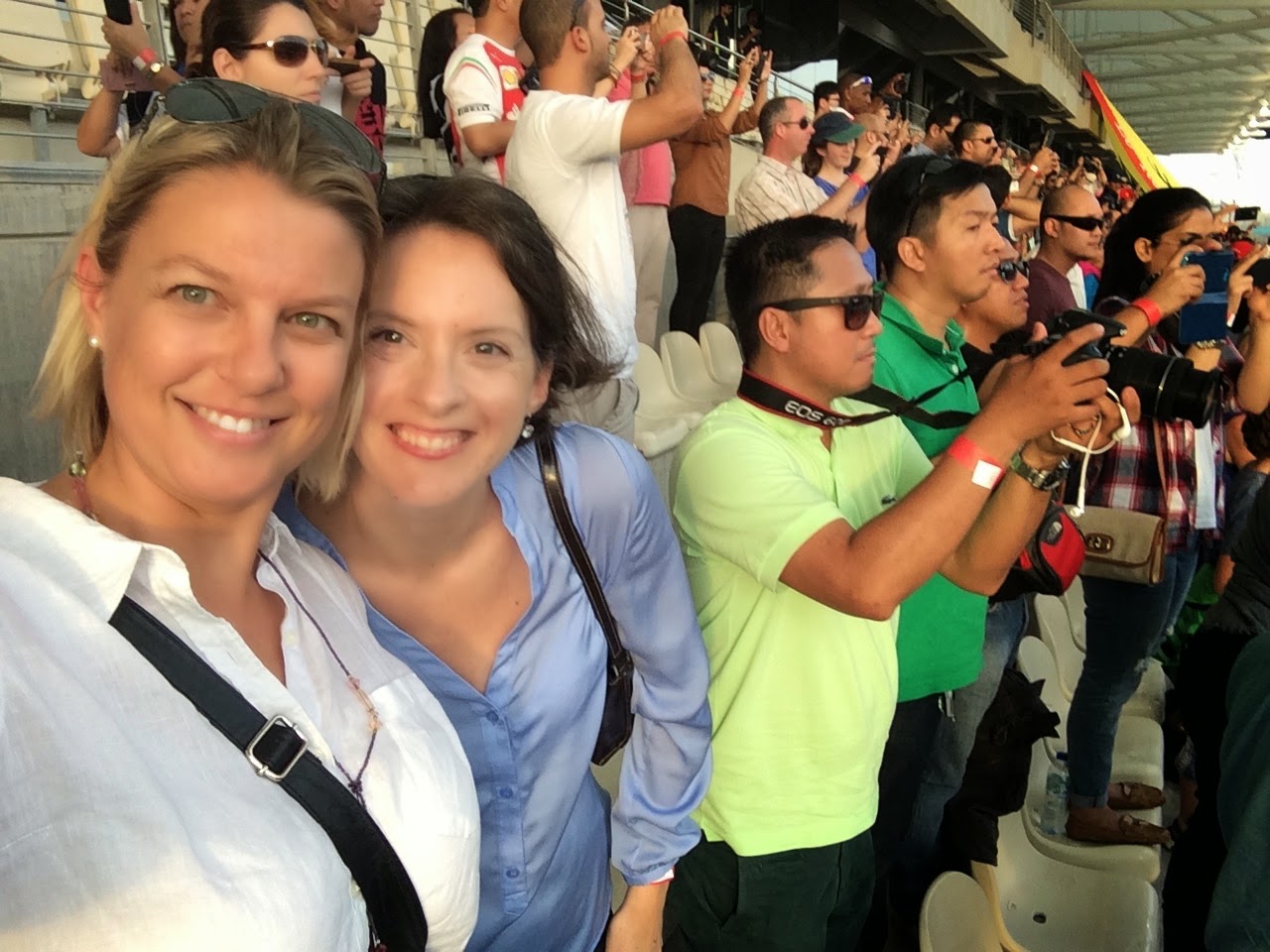 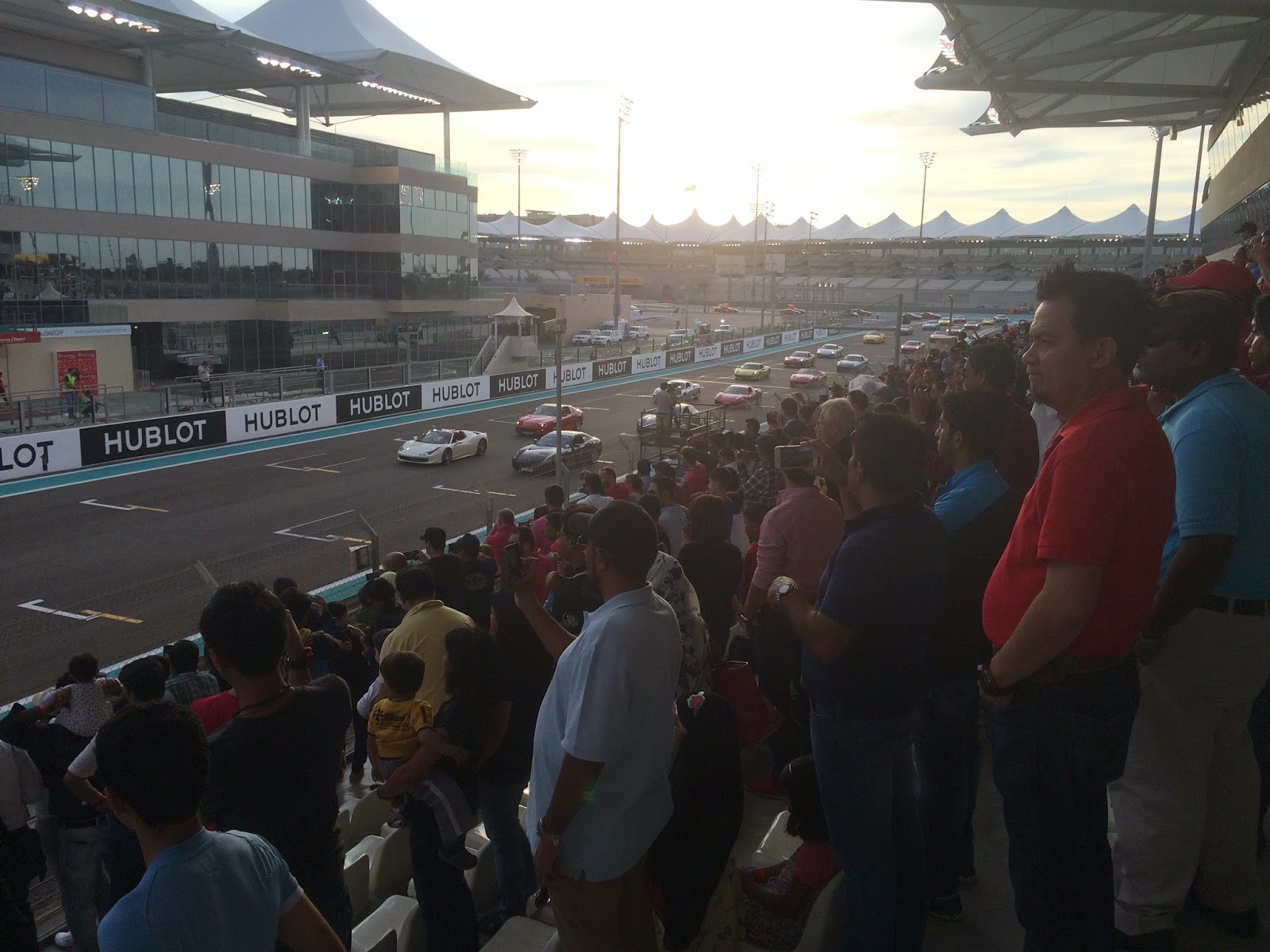 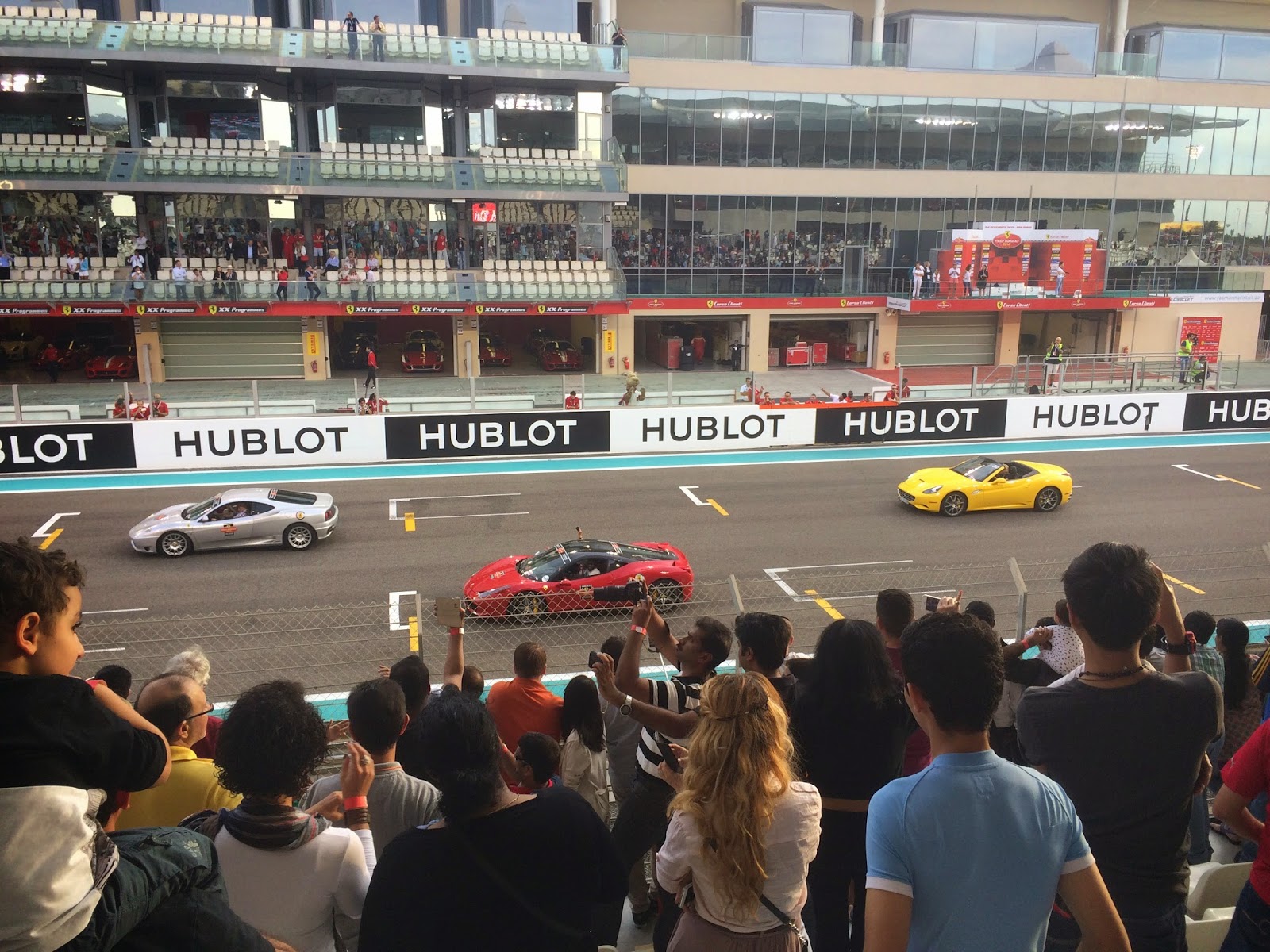 They all parked up on the finish straight and when they were all there, they turned off their engines and we listened to the UAE National Anthem. 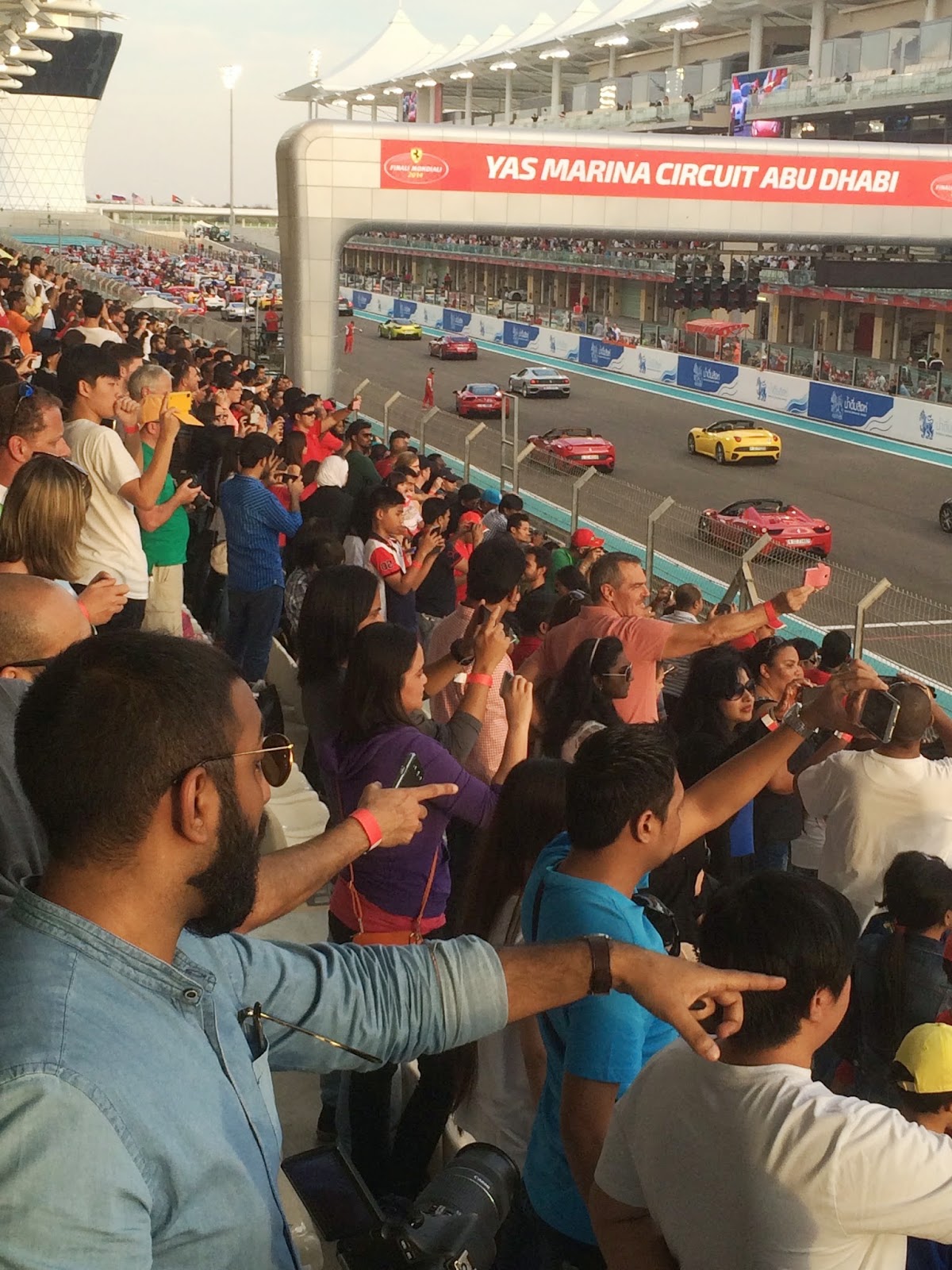 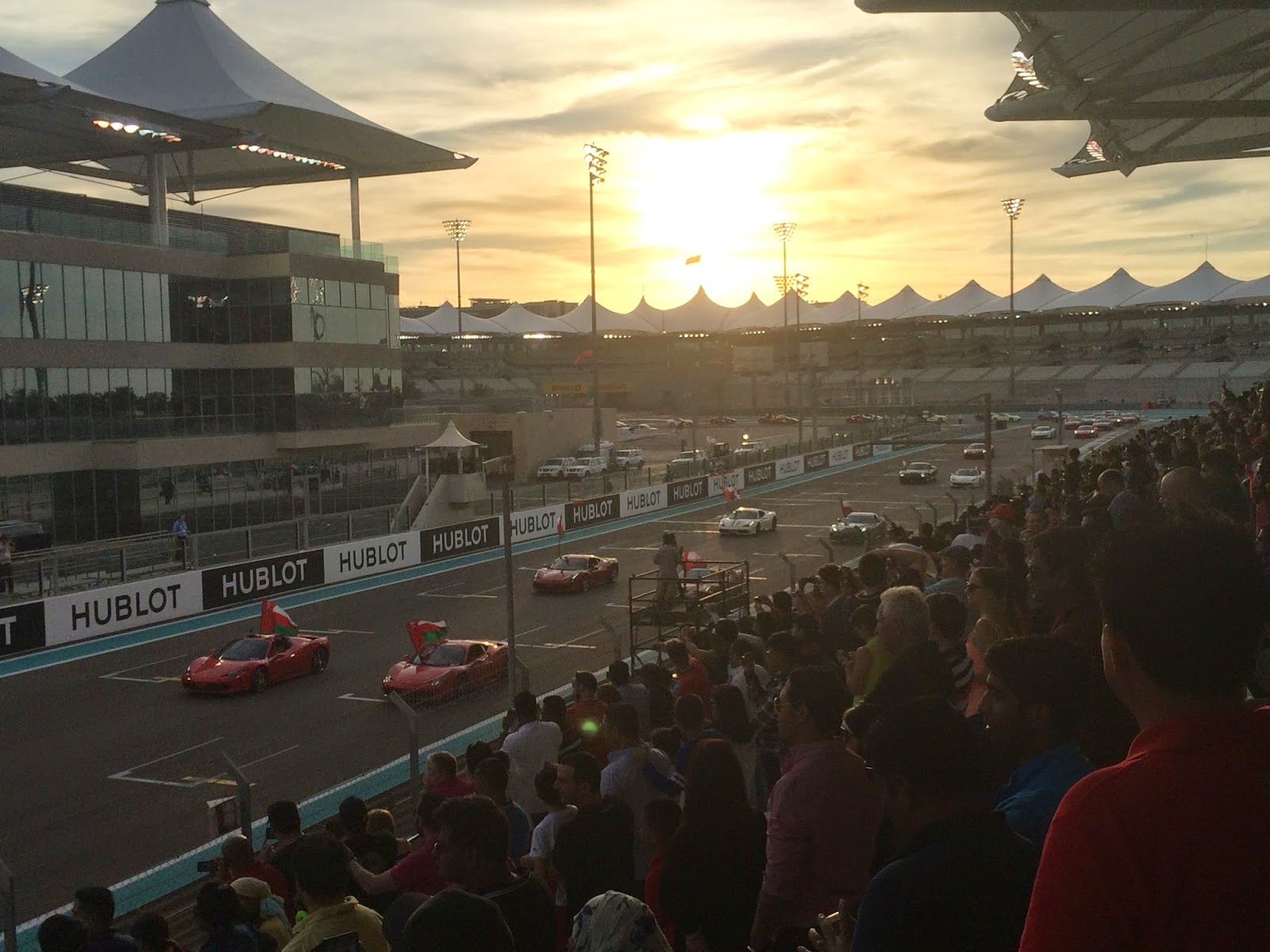 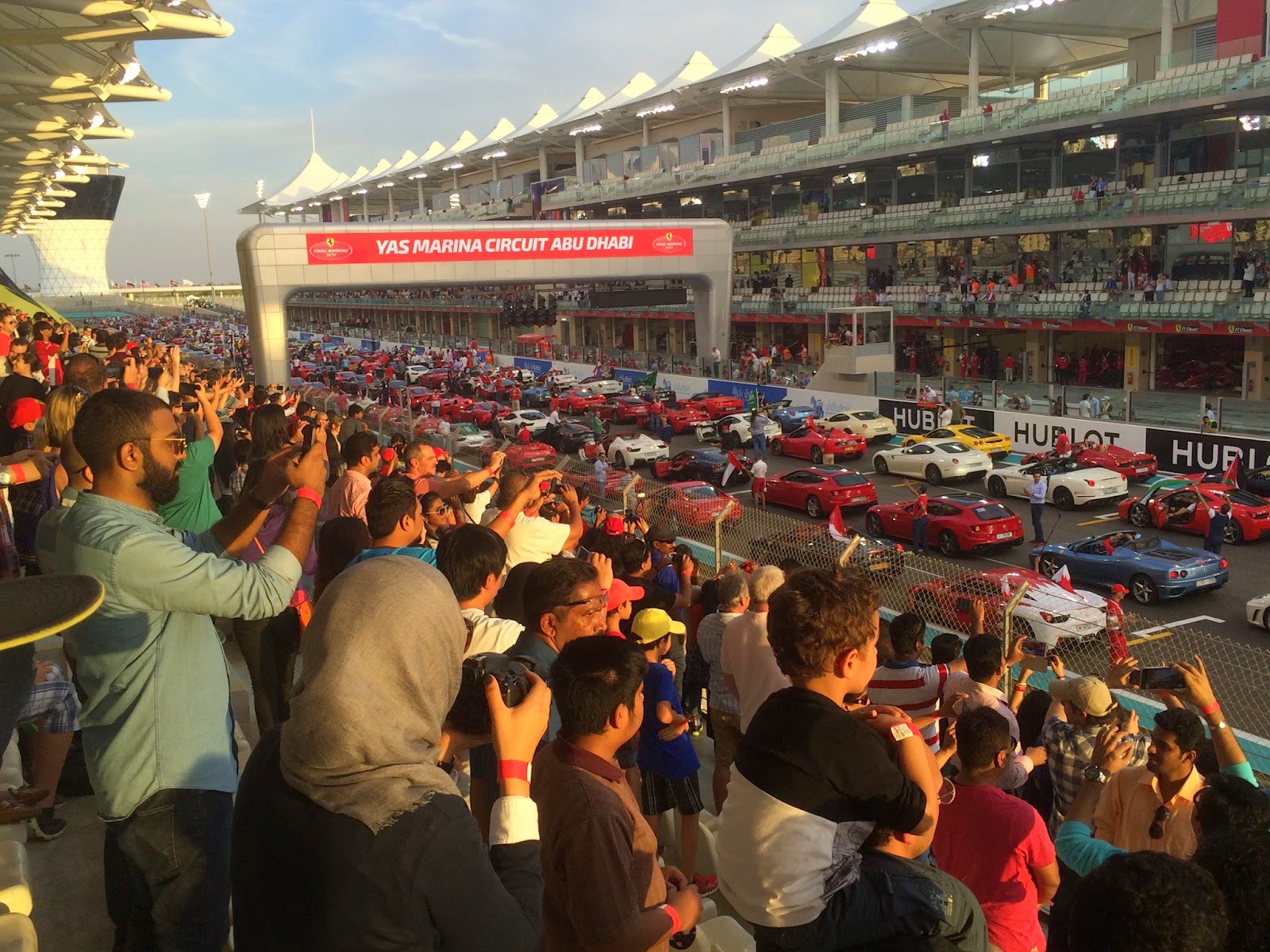 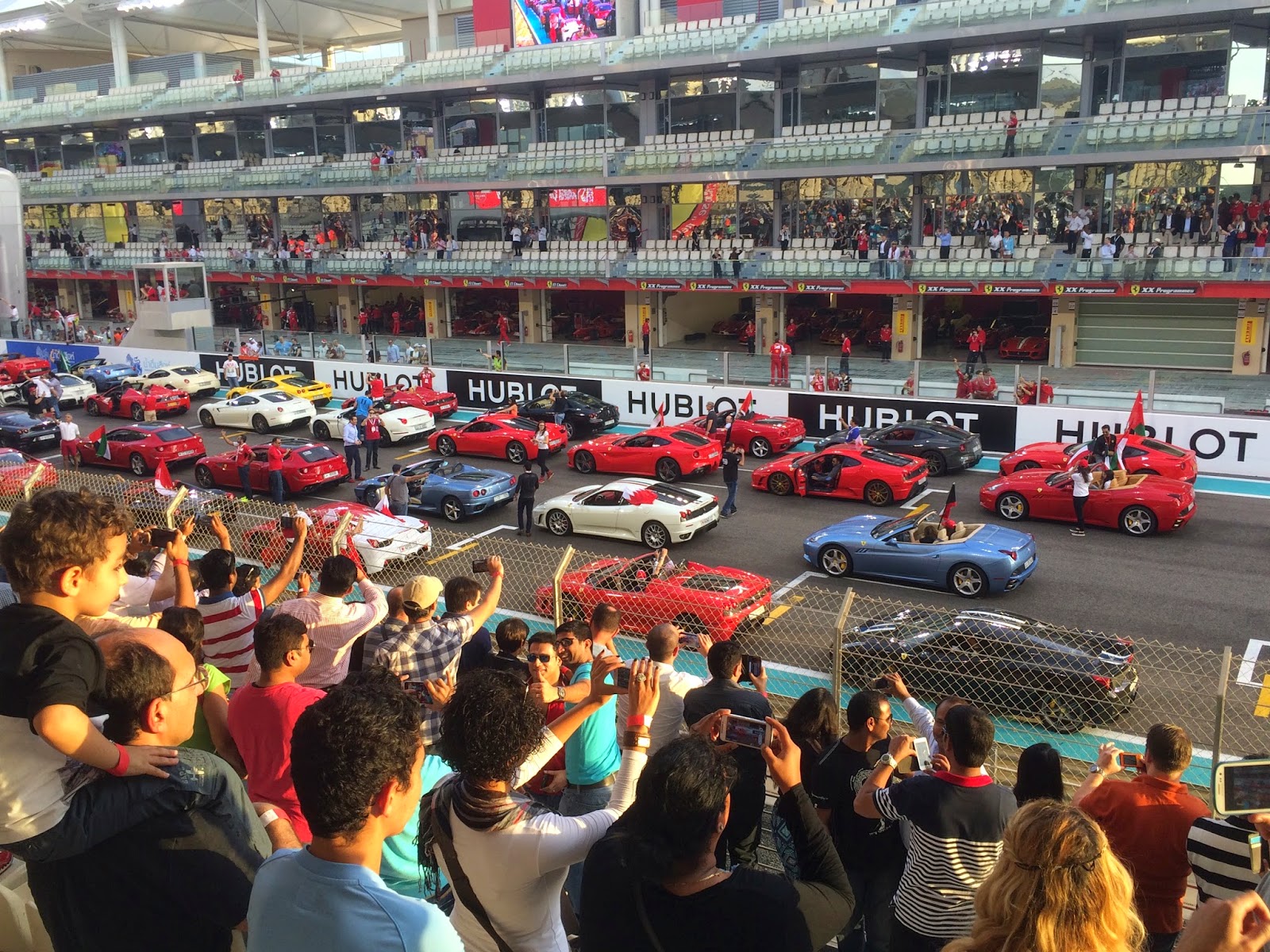 Later on they were also to roll out the new Ferrari FXXK for the first time, show off the Formula 1 racers and the Scuderia Ferrari F1 Team etc - but since none of us are any super enthusiasts but only wanted to take part in this original event that was the parade, we left when it was done.
A fun few hours for sure! 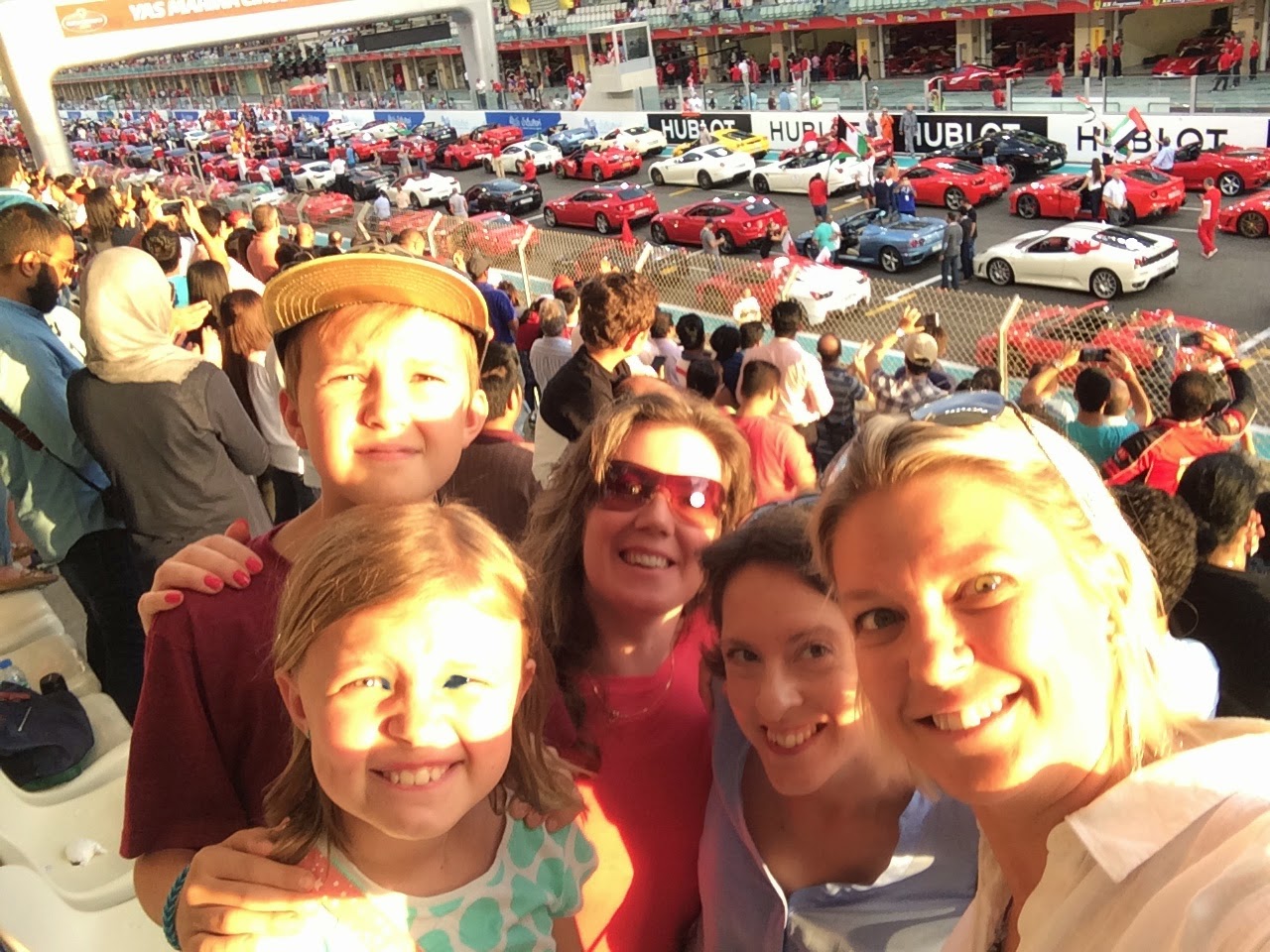