We continued our exploring Sunday afternoon by walking over to the Panathenaic Stadium, famously being the only stadium in the world built entirely of marble. 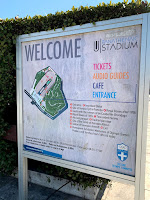 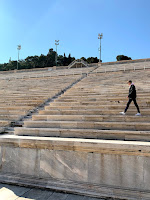 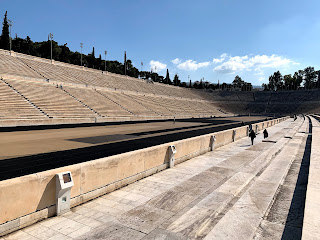 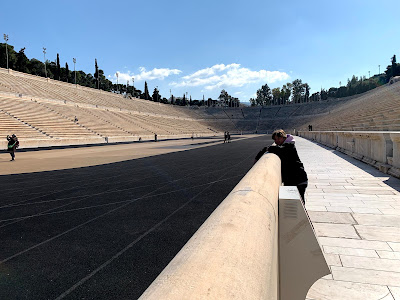 The original Panathenaic Stadium was built here around 330 BCE, and later was reconstructed for gladiator contests during the reign of Hadrian 117-138 CE. The marble they had used then was then gradually used to build other buildings.
It was decided that it should be restored for the first modern Olympic Games in 1896, and it was designed by Anastásisos Metaxás as a faithful replica of the Herodes Atticus' stadium. 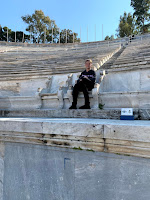 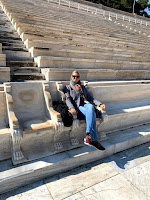 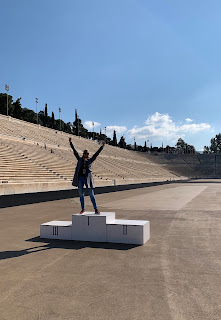 It hosted the opening and closing ceremonies of the 1896 Olympics and in the 2004 Olympics the stadium was also the finish for the Marathon for both women and men. 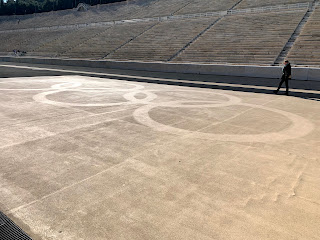 It is 204 m long and 83 m wide and can seat up to 60,000 people. Although it is believed that the Stadium holds the world record attendance for any basketball game since the 2009 FIBA European Cup Final was held here and 80,000 spectators saw A.E.K defeat Slavia Prague. 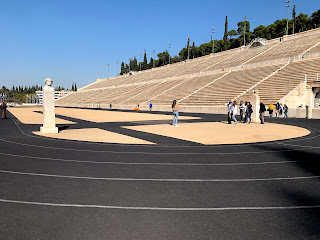 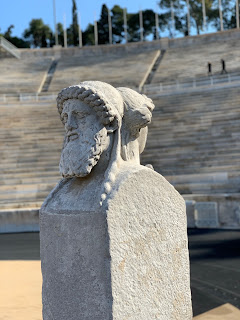 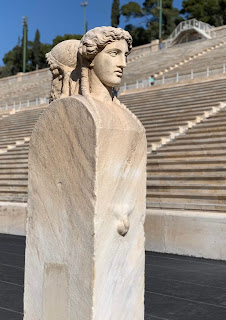 Ti-hi!
We had a good look around the Stadium, both kids climbed all the way to the top of the grandstands, and Linnea took this great photo from the far end: 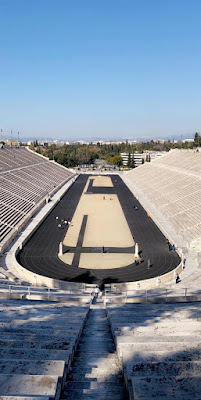 We also had a look in the small museum, situated at the end of this vaulted passage. 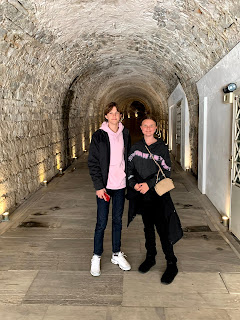 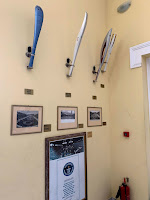 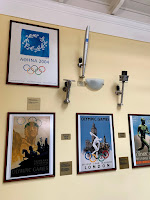 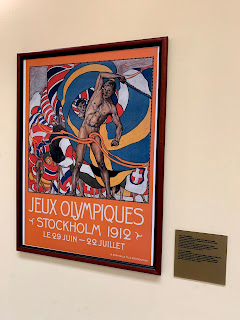 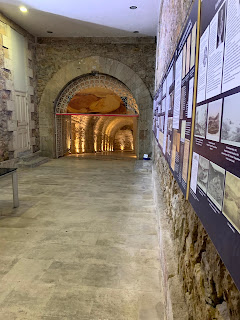 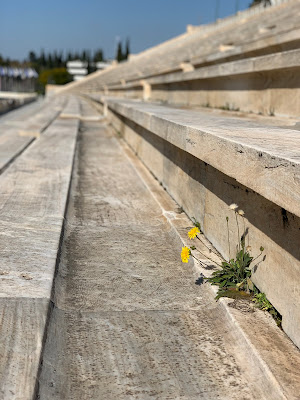 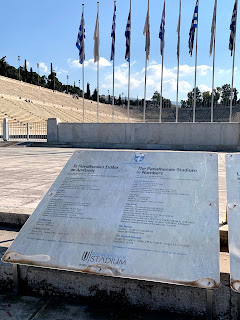 Not far from the Panathenaic Stadium we passed the Temple of Olympian Zeus. These are the remnants of the largest temple in Greece. Work started on it in the 6th century BCE, but it wasn't finished until around 650 years later in the 2nd century - again, under the reign of the Roman emperor Hadrian.

Only 15 of the original 104 columns remain, but enough for sure to get a sense of how immensely big it once was. You can compare it here to the people walking just in front of it. 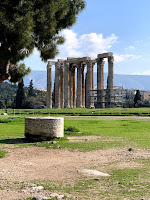 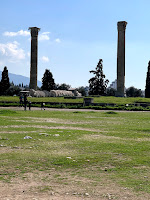 The temple is situated just next to the Hadrian's Arch, built in 131. This was positioned deliberately here to mark the boundary between the ancient city and the new Athens of Hadrian. 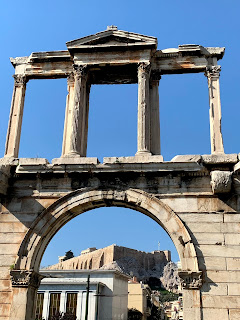