Tuesday morning we decided to get out and about a little bit further than before, and walked all the way up to the cable car station, from where you get up the Lycabettus Hill. Lycabettus only stands at 277 meters, but it's the highest point of Athens and the kids were doubtful about walking up the hill, so we got a ticket to the top. Unfortunately the Teleferik ran inside a tunnel, so there was no views at all on the way up. 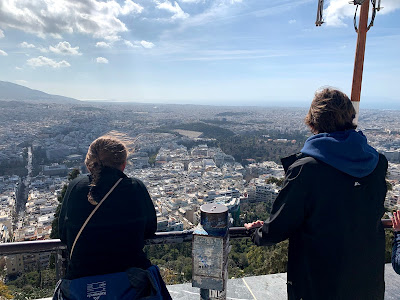 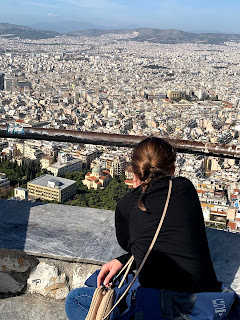 Views for days!
Amazing outlook from up here as Lycabettus is almost twice as high as Acropolis (Acropolis actually means "summit of the city", but when it was built, Lycabettus was outside the city limits). You could see the whole of Athens, all the way out to the sea and back to the mountains.
We could easily make out most of all the sights we had already been visiting, from the Stadium to Acropolis. 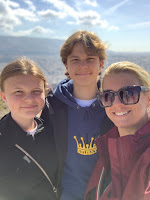 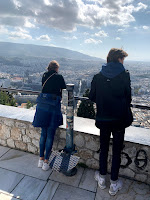 At the square on top the hill there was also this cute little 19th century whitewashed church of Agios Georgios. Really pretty. 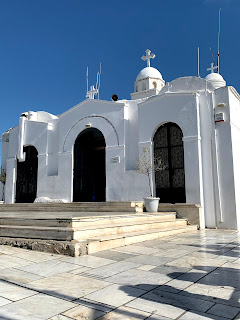 We decided to ditch the boring cable car for the descent (even though we had paid for the return ticket, don't do that same mistake if you are going folks!), and started walking down the path instead, continuing to enjoy the views along the way as it circled the hill in all directions. 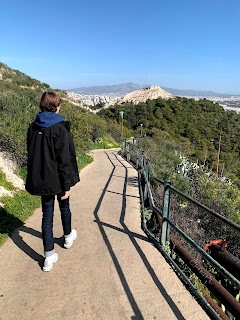 Soon it took us in through some greener areas with pine woods, and it made for a really nice walk that didn't actually take too long at all. 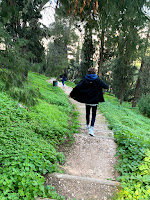 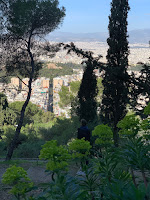 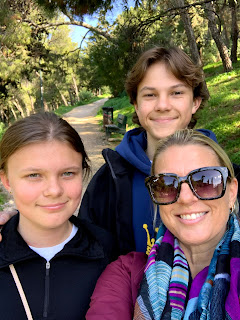 And back down again we could wave to the top, before we continued to explore the area of Kolonaki. There was a lot of cute little shops and places in that neighbourhood. 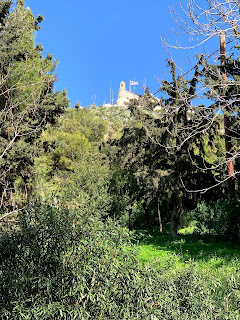