After our visit to the Acropolis, we continued walking down the north side to get to the Ancient Agora, the political heart of ancient Athens from 600 BCE. The remains of these public buildings were revealed in the 1930s when The American School of Classical Studies who were the ones who started the excavations. 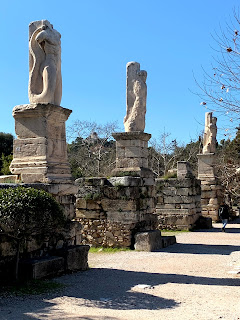 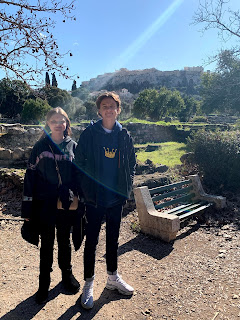 We walked around and had a look at what was left of the stoas and the temples: 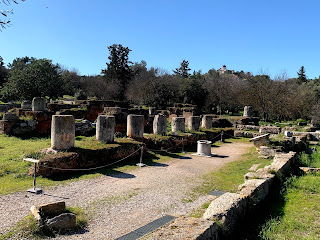 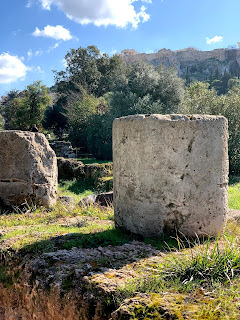 This temple, Hephaisteion (or Theseion) is the best preserved building in the whole of Athens. 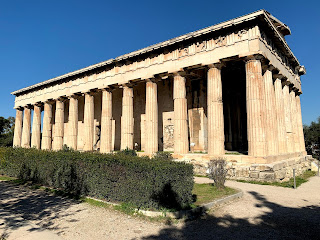 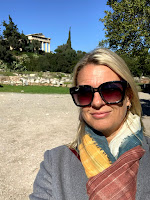 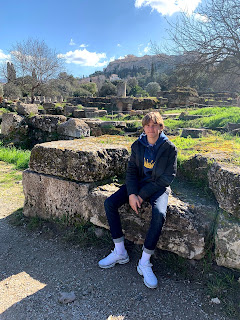 There was also a museum housed inside the Stoa of Attalos. This is not an original building, it was reconstructed using the original foundations and ancient material in the mid 1900s. 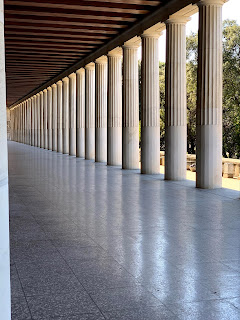 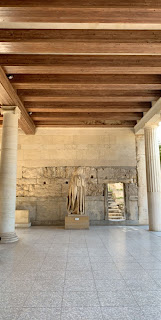 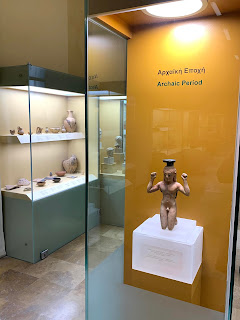 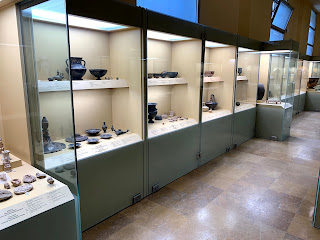 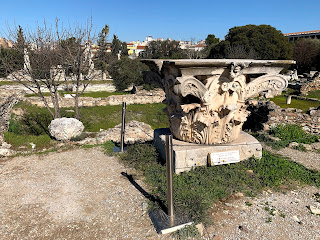 And all of this was done in the morning! The Monday afternoon adventures are coming up in the next post, but do know that we ended up walking over 20,000 steps, nearly 15 km, this day, what a glorious day!
Posted by MrsW at 08:56