We had planned to go to the Acropolis on the Monday, when I thought that maybe there would be less people than on the weekend. So in preparation, we decided to go have a look at the Acropolis Museum the day before. There was actually no people really nowhere during our whole stay in Athens, no queues whatsoever anywhere, really pleasant. 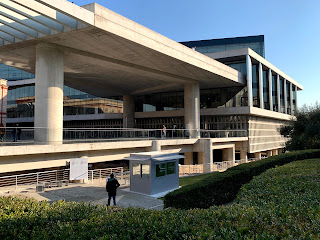 We realised we were really lucky as it turned into a super cheap visit thanks to European students under 18 going free - and University students too! So all three got complimentary entrance! 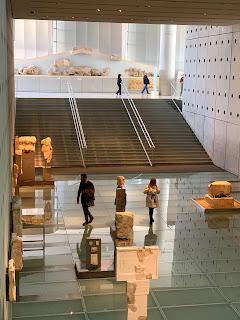 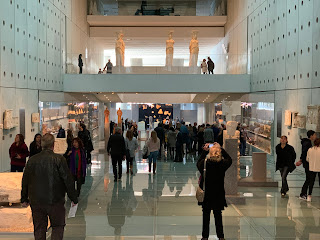 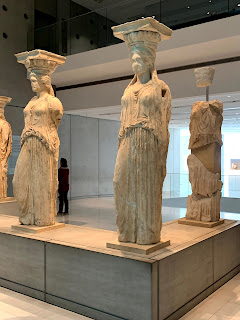 The very first museum built to house the finds of the first excavations of the Acropolis was completed as early as 1874. In 1976, when they started the more extensive restoration work on the monuments of the Acropolis, it was decided that the temples' architectural sculptures should be dismantled and transferred to the museum for protection, conservation and exhibition. Although, there was insufficient space, and the idea to construct a new museum emerged. 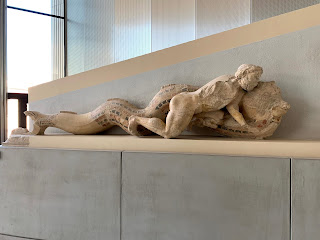 This new building, designed by Bernard Tschumi, was inaugurated in 2009. The foundations had to be adapted to accommodate the archaeological remains on the site. The glass flooring throughout the museum allows for a great view of the underlying ongoing excavations. 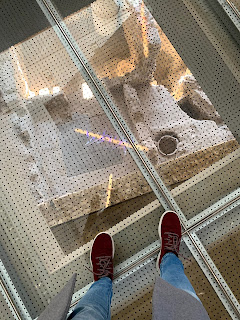 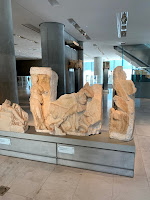 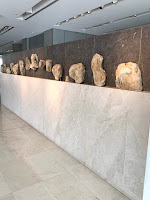 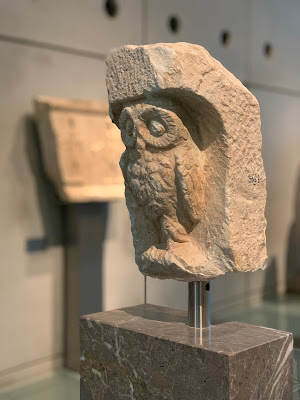 Beautifully decorated even in the restaurant. 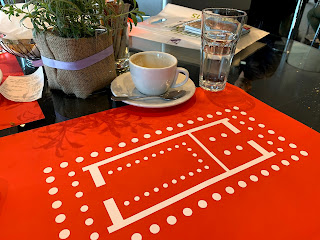 And from the terrace outside the restaurant we had great views of Athens, and the Acropolis itself of course. It was a beautiful sunny day. It looks warm as we had left our coats in the museum cloak room, but it was actually really cold these first days - only about 6-8 degrees! 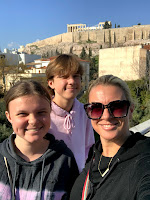 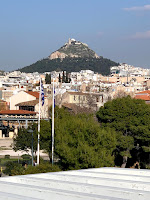 The top floor of the museum is dedicated to the "Parthenon Marbles", which currently are kept in the UK, who acquired them in a controversial manner in the 19th century. Some British officials have suggested that Greece had no suitable location to display and preserve them, so this gallery was purposely built for this cause.
This top level sits a little bit askew to achieve the same orientation of the Parthenon, the columns of this hall mark the outline of the temple the spacing of them is the same as that of Parthenon. It's a beautiful room with glass walls on all walls, so that natural light floods in, and you can see the temple above on the Acropolis from in here. 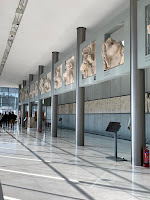 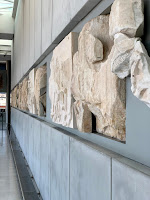 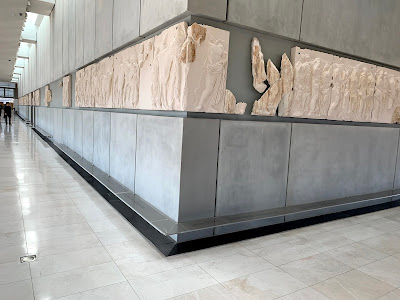 We also went down to see the excavations of the ancient neighbourhood. 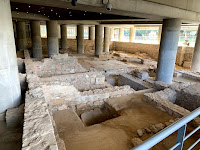 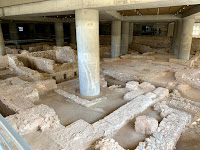 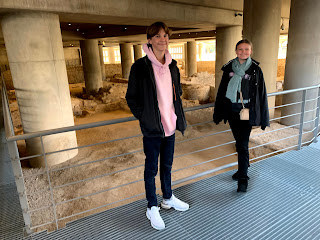