So, last night this happened: 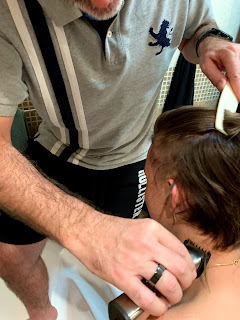 No, I wouldn't say it was a total spur of the moment, Lucas has wanted to shave his head before; but last time I said no because of things we had planned shortly after. This time I had no objections. If he would end up changing his mind, it will grow back quickly.
So, here's a before photo. He has had this long hair for quite a while already: 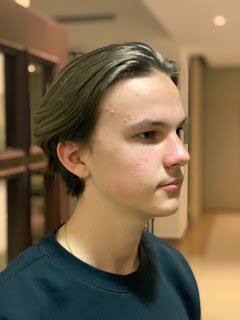 We did it in a few stages. Nathan really, really wanted him to have an undercut with the long hair still there on top, but Lucas wasn't too sure about that, so off it all came. 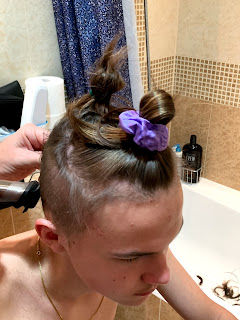 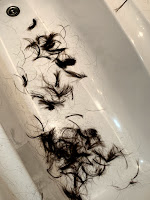 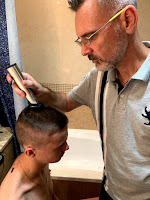 The final result! (For now, we might have to have an actual hairdresser tidy it up once it grows back a bit I guess). Lucas was happy, even though he said it felt very weird - and cold! 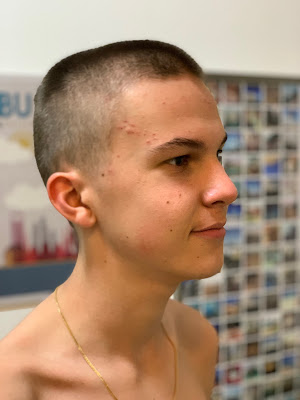 The last time he had a similar hairstyle was back in late 2009, when Nathan had taken care of a hair lice problem, his way. 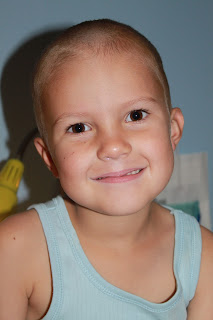 That was also when Lucas didn't have any front teeth, ha ha, not such a good look! 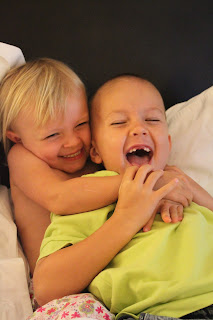 Email ThisBlogThis!Share to TwitterShare to FacebookShare to Pinterest
Labels: Lucas