The biggest department store in Scandinavia

We had already planned to do a trip to Gekås at Ullared this summer, but after the burglary it became an even more important expedition. We needed to replace some of the stolen things, and doing it at Ullared would save us quite a bit of money. Plus I needed to see the Glasögonfabriken optician.

Gekås is the largest department store in Scandinavia, a superstore, they store basically everything (apart from shoes), and sell most brands at lower prices as their quantities are so large.
Unfortunately today was a rainy day which means we weren't the only ones planning to do a spot of shopping... there was so many people, it was absolutely crazy! Not unusual for Ullared though, it's always busy, over 4,6 million people come here to shop every year! 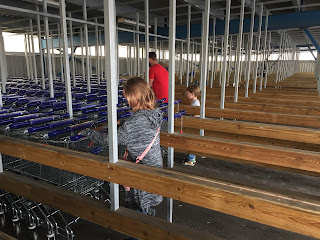 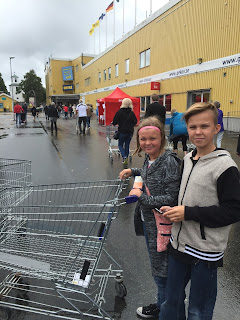 Ready to go! Notice the identification numbers on the trolleys, good to note down, as it's easy to forget where you put them! Each one has their own number and colour code. 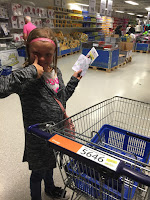 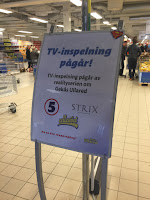 We found a huge Lego model of the shop, very cool! 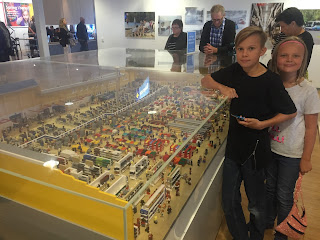 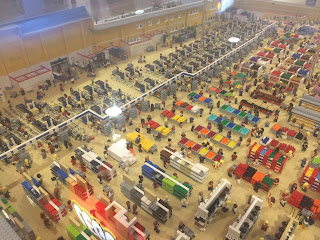 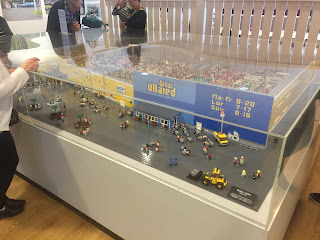 Luckily Mormor go a couple of times a year, both with Morfar and with her girlfriends, so she knows all the tricks to get through the shop easier. 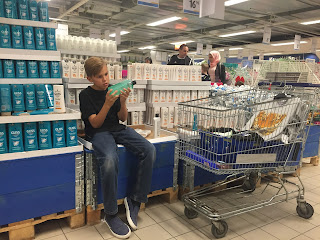 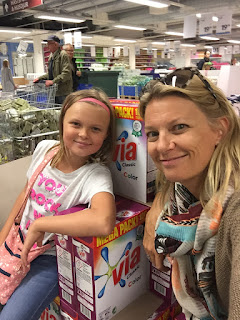 We managed to get quite a few things on our lists straight away, then we took our lunch break at the restaurant. Here's a short movie clip showing ONE of the many parking lots for shopping trolleys, for people eating at the Ullared restaurant:


And look who we bumped into - literally! 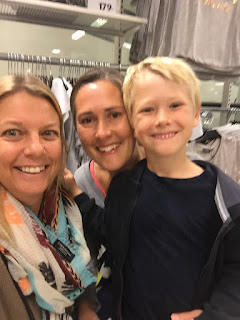 What are the odds! That you are at Ullared the same day, but actually manage to bump into each other! Funny!

When Morfar and the kids had had enough, Morfar took them upstairs to the play land for a bit; and when we all had had enough of people, we called it a day. Everybody was very happy with their finds, it was a very successful day!
Posted by MrsW at 21:41