Today marks a special anniversary for me - it's been five years since I became a Zumba instructor! 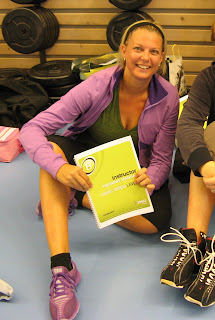 I took my very first B1 training in Göteborg, Sweden; with Steve Boedt, and just a few weeks later I found myself in Adelaide, Australia to do the Zumbatomic training. When back in Brunei I then started teaching Zumba that year as an ASA at school: 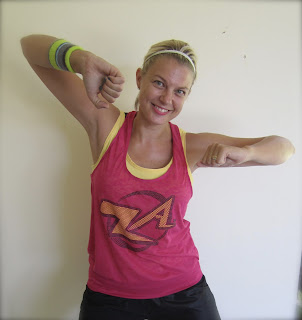 And here's a less charming look, a photo taken after my very first full Zumba class that I gave, in September 2011. 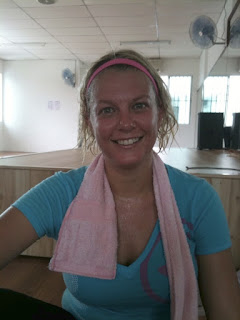 Little did I know then, that Zumba was going to be the only form of exercise I would still find fun, several years later. Zumba still gives me so much energy and joy and I'm so lucky to be teaching Zumba here in AD as well. I still love it!
Posted by MrsW at 09:30