At least with traveling halfway across Europe with bus, I got the splendid idea to break the trip along the way. So with only a couple of days notice, I checked if our friends the Petersens were home in Kolding - which they were! Yay! So good to see them, it had been quite a few years since last time!

We started out strong by doing some sightseeing, and visit Koldinghus, together with Dorte and Anna.
Koldinghus is probably the main attraction of Kolding, a Danish royal castle first founded in the 13th century that have had many functions since then, from fortress and royal residence to museum. 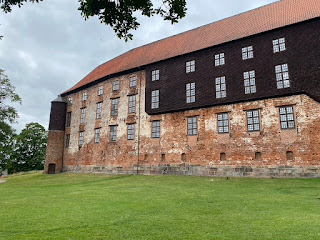 We came to visit a specific new temporary exhibition (more about that in a later post), but also enjoyed walking around the rest of the castle.
Here in the Great Hall, with some beautiful tapestries created by Berent van der Eichen. 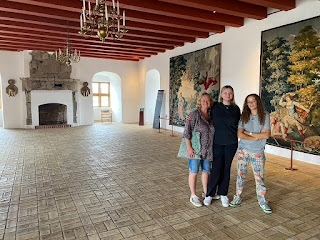 This south wing of the castle was built in 1550-52, as a residence for Christian III. Like the rest of the castle this part was wrecked by a fire in 1808, and today it shows the result of the ongoing reconstruction throughout the 20th century. The way this castle has been rebuilt and restored really is the magic of Koldinghus. 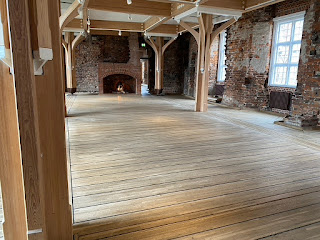 My favourite part of the castle was this room below, the Castle Chapel. This was added in 1958, when Christian IV initiated a major renovation and modernisation of Koldinghus. This part as well was wrecked in the 1808 fire, but was equally restored in the 1970s. The lamps along the sides are marking the columns that once supported the gallery and the large dome-shaped chandeliers hint at the original architecture. This room was absolutely stunning! 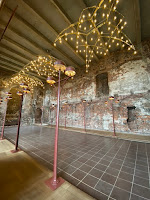 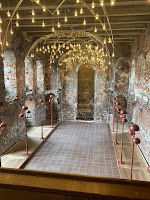 We all also enjoyed to visit the Historic Workshop and the Royal Sewing Studio. 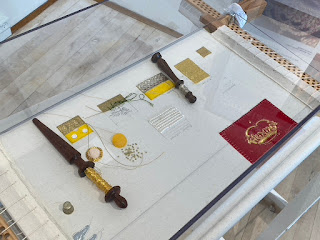 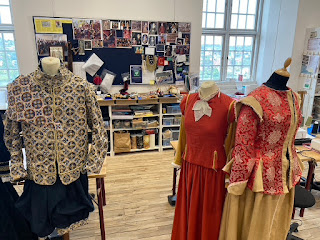 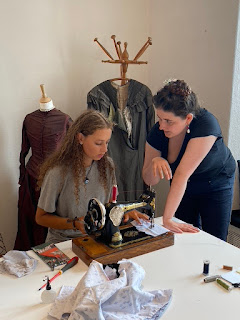 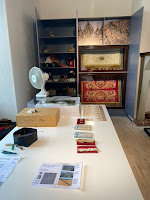 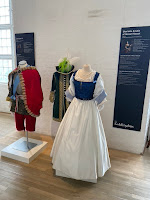 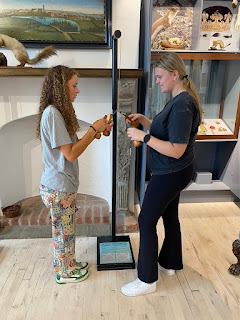 And, we had fun in the Royal Costume Room! 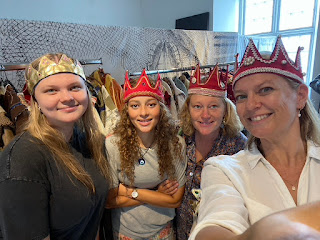 Finally we climbed up the Giants' Tower, 'Kæmpetårnet', named after the four statues of giants from the Greek and Roman myths that once stood at the top of the tower, Hannibal, Scipio, Hercules and Hector. Today only Hercules remained. It was really, really windy at the top, but we got great views all over Kolding, the castle lake and the fjord. 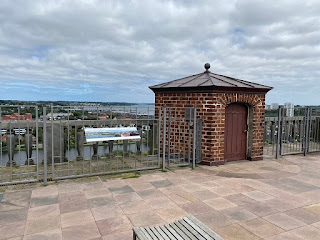 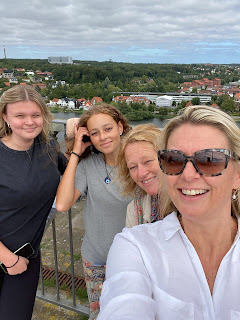 We finished our visit at the courtyard, where the girls tried their hand at a game, looking a bit like bowling: 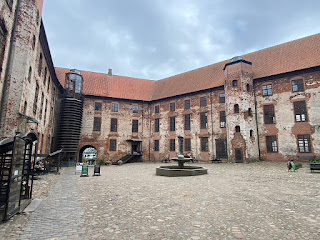 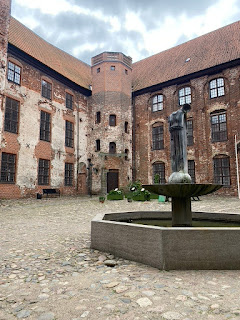 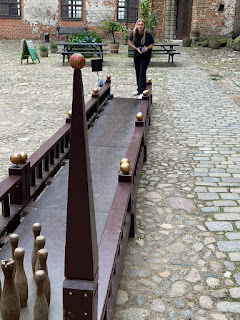 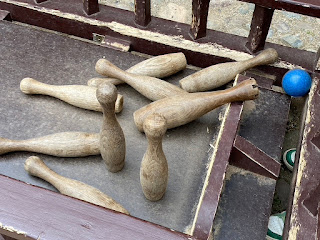 And finally Dorte and I reenacted the photo from 7 years ago, when we last visited Kolding and took another photo here outside Koldinghus. 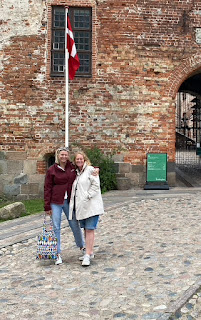