Recently Nikki and Kieran bought themselves a holiday home in Taupō; where Grandma and Granddad used to live. They were to get the keys while we were there, so we got roped into helping out with the moving in. They boys were moving superstars! 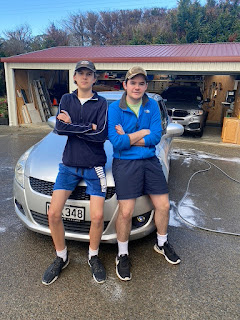 Auntie Nikki had done an amazing prep job, getting all the boxes packed and furniture sorted to go. Come moving day, the boys just had to load up the truck according to the planned list. It was a bit of a tetris game to make sure it all fit, and wouldn't move around during the drive, but it didn't take them long. 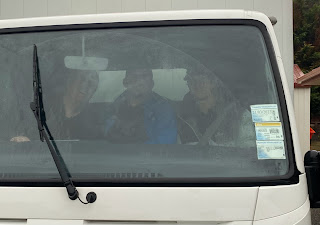 On moving day, Uncle Kieran, Liam and Lucas drove down to Taupō with the moving truck; and as Nathan didn't fit in the truck he got to fly down, to join them later and unpack the truck.
The boys stopped for curly fries and sandwiches half way down: 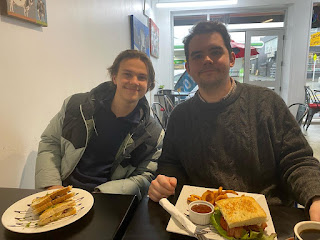 All arrived in Taupō: 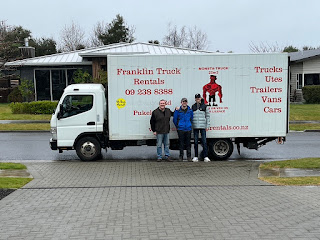 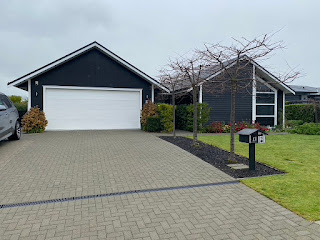 Auntie Nikki and I drove down the following day to start the unpacking of the boxes. Thanks to her fantastically organised packing all the boxes got unpacked and the kitchen got sorted the first day. Also new furniture got delivered and already on the first night, it felt like a home! 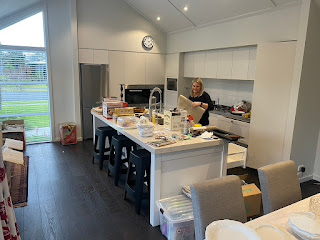 Auntie Nikki could finally unpack her 'habibis' that she bought when they came to visit us here in Abu Dhabi 8,5 years ago "for her summer house"! 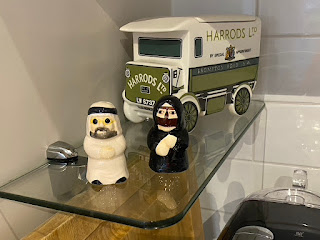 After there had been a bit of driving up and down during the weekend to get everyone to where they needed to be, we had fish & chips from Shaynes down the road for the first sit-down dinner, on the Sunday night: 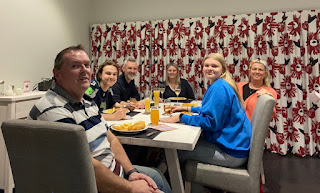 Email ThisBlogThis!Share to TwitterShare to FacebookShare to Pinterest
Labels: NZ