Koldinghus - Mary and the Crown Princesses

The exhibition we came to see at Koldinghus, was the temporary exhibition celebrating the 50th birthday of the Crown Princess Mary of Denmark. 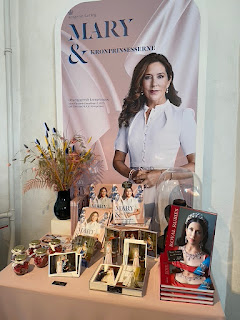 The exhibition is painting a lovely portrait of the Crown Princess, but also of her four predecessors in the Glücksborg dynasty of the Danish royal family. We were actually guided by Crown Princess Mary herself through life-like projections on the walls throughout the different rooms. 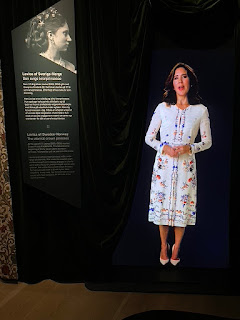 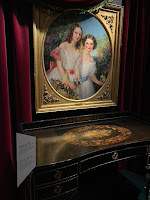 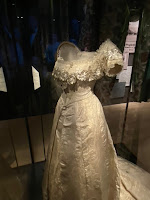 The focus of the exhibition is what it means to be a Crown Princess, what is expected of her and how the role have differed throughout time for the different Crown Princesses presented: Louise of Hesse-Kassel, Lovisa of Sweden-Norway, Alexandrine of Mecklenburg-Schwerin and Ingrid of Sweden. Crown Princess Mary is the only one of them not to already come from a royal background. 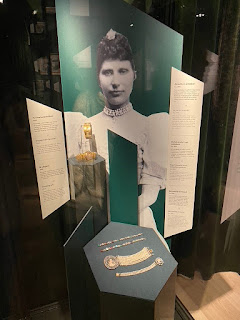 I truly enjoyed learning more about these Crown Princesses, and I admired the clothes, jewellery and different paraphernalia displayed. 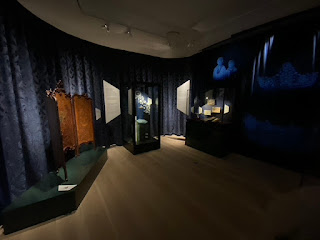 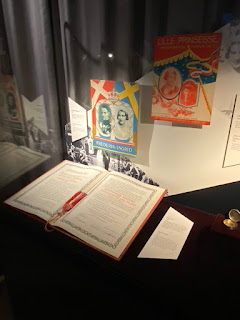 This famous ruby set is very special, as in fact all five crown princesses in this exhibition have at one time or another had the possibility of using it. It did indeed come to Denmark with one of the princesses pictured here in the exhibition - Princess Lovisa. She brought it in 1869, when marrying the then Danish Crown Prince Frederik VIII. Princess Lovisa had in her turn inherited it from her Great-Grandmother Désirée (later Queen of Sweden), who first wore it at Napoleon's coronation in 1804. 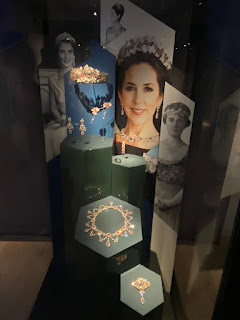 The set was apparently Queen Ingrid's favourite, and she left it in her will for Crown Prince Frederik, and it's often seen on Crown Princess Mary on official events.
Posted by MrsW at 23:21