Mormor has been collecting little santas and houses for her Santa village for decades now. It's expanding every year, not just by amounts of santas, houses, trees, animals and other things - but also in size. Currently I guess it's as big as it can get in the space where it's at - about 4,2 x 1,3 meters! 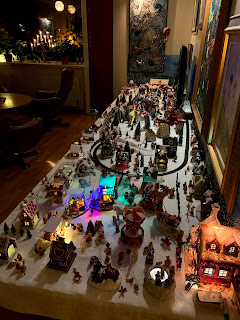 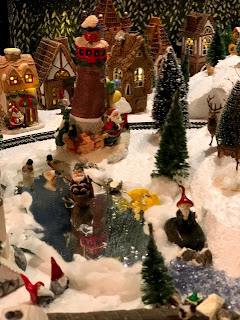 She sets it up a bit differently every year. She uses individual LED Christmas tree lights, in all the houses which are originally intended to hold tea lights, so she can turn them all on by remote! 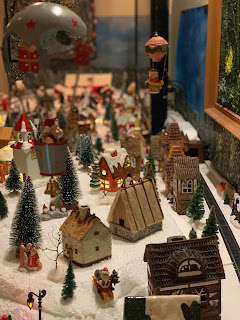 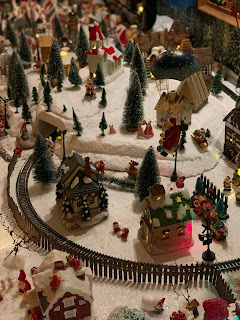 The lights also work along the roads, on the car etc; the train works of course, and there is even a well with running water! 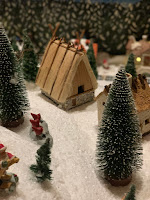 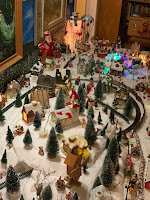 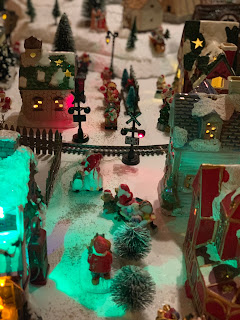 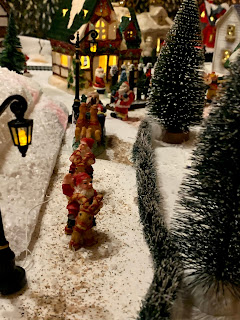 The village is not only in one layer, but there are also a bunch of santas flying around in airplanes over the village, and coming in by parachutes and from an air balloon: 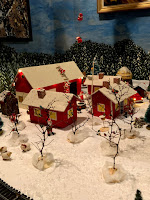 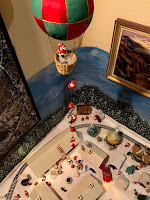 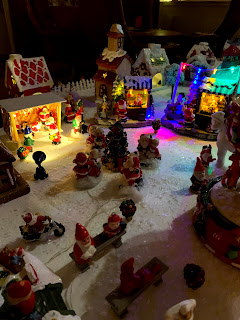