I know the interest for the Rugby World Cup among our Scandinavian friends and family is minimal, but in our house - it's the biggest thing right now!


For the first time in RWC history, there are four southern hemisphere teams left in the Cup, and last night was the first semi-final between South Africa and New Zealand. We were all dressed up in our finest black! 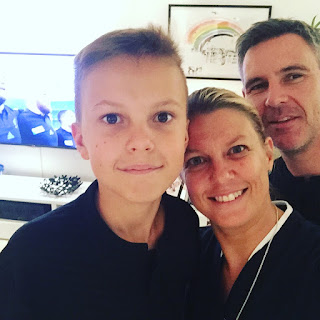 Ready for the Haka - the challenge was laid down! Kia rite! 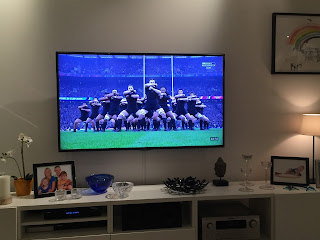 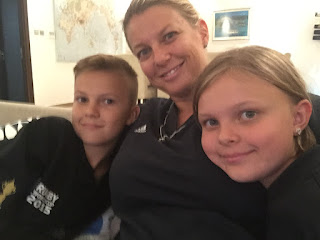 With the All Blacks playing on TV, there was only one thing we could have for dinner - really, really yummy burgers from Burgerfuel, mmm! 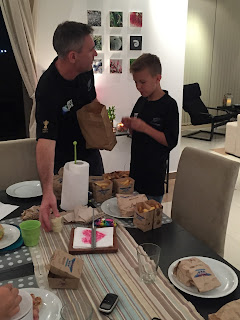 South Africa was in the lead at half time, and for the rest of the game it was really intense. The All Blacks came back, and with a score of 20-18, they had to hold off for quite a few minutes in the end, not to risk loosing the game. We were all on our feet, heart rates pumping, just watching the clock... 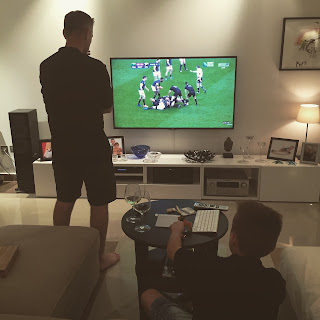 But phew... they made it!! They now became the first team in Rugby World Cup history to reach four finals. In this brutal, shuddering collision, in the pouring rain, the All Blacks managed to hold off their greatest rivals to win by the smallest of margins and advance to the final. What a game!

So great to see the display of sportsmanship on and off the pitch. Nothing but pure respect between these two teams. Almost felt sorry for the Springboks...


Later tonight it's time for the other semi-final, between Australia and Argentina. Hopefully it'll be another exciting test!