We have had a fab week with our good friends from Brunei, the Turners. They had mid-terms this week, and even Will was off, so they could all come up and see us!
It was pretty good timing, because even though RIS don't have any mid-term holiday this term, last Sunday was a teachers only day at school, and Thursday was Islamic New Year so we also had some extra days off. 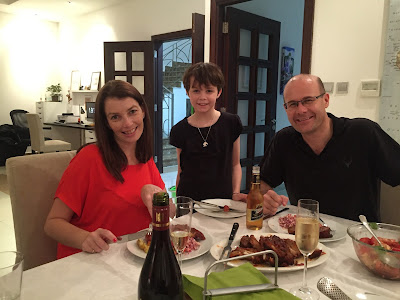 Having the new puppy meant that we couldn't do any big all day excursions all together. It didn't matter much, we've had a great week around here.
Last time they were here, Yas Mall wasn't opened yet, so obviously we had to explore that thoroughly. Tash and I went on our own a few times, with only the girls, and with everybody a few times too! 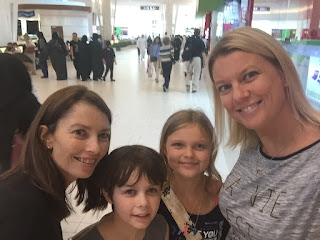 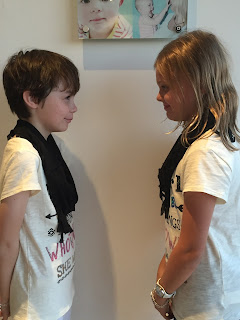 Lunch at 'Which Wich', one of the favourite fast food places of the kids, yummy sandwiches: 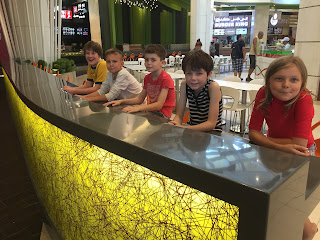 Another day, another lunch - at Giraffe. Yum! 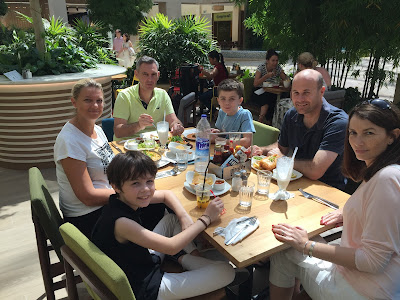 Ben joined Lucas for CrossFit Kids a couple of times, and loved it! The coach was so excited to get a new kid who was so into it, and got disappointed when she realized he was only visiting. 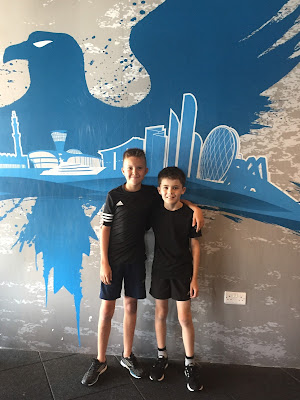 Ben also got to fulfill a longtime dream of going paintballing! As you have to be 12 years old to do it in Brunei he had not yet tried it. Not sure if he was mostly excited at the prospect of getting to shoot at Nathan and his Dad, or at being allowed to let out a bad word when he got shot..!
He proudly told us when he got back though, that after rugby, paintballing was now his second favourite sport! 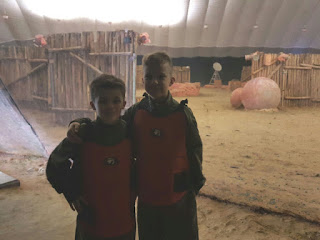 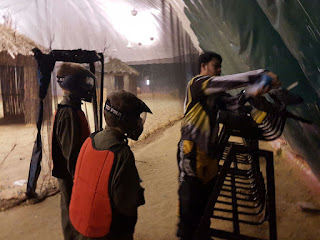 We also did a stop at IKEA of course. Tash got very excited when she realized they had put out the Christmas decorations a week early (the advertise for their Christmas to start on the 21st)! 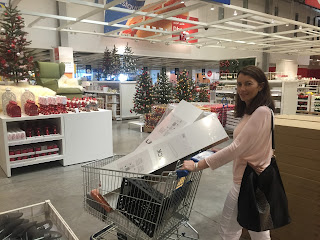 The dads took the kids to Yas Waterworld, although I have no photos from that visit. They were too busy going on all the rides over and over again, because there was absolutely NO queues when they went on the Sunday. (Only our school had that day off). Perfect!
Kids were also happy just chilling out and playing at home. These guys have known each other since they were 1 and 3 years old, so they go way back and are very comfortable with each other. 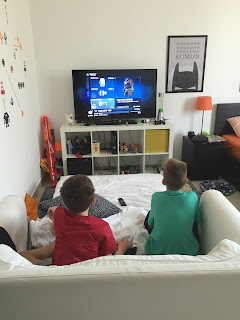 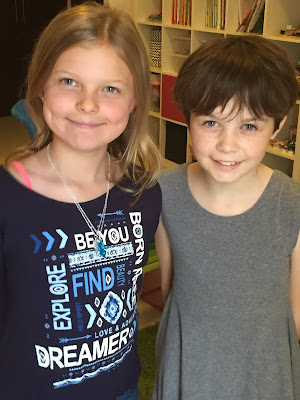 Another exciting stop for Tash, was the Gold & Diamond Park in Dubai. I took her to see my gold man, and she got to learn everything there is to know about cuts, clarity, colour and carats. 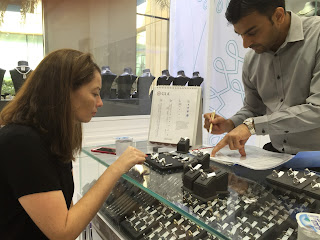 He had a lot of pretty things... 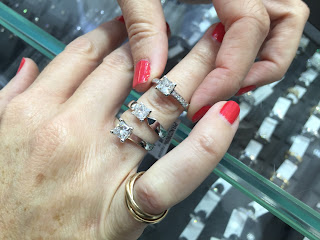 We sent them off last night to Singapore on Etihad (in BC!), to finish off their holidays with birthday celebrations for another friend. Thank you for coming Turners, fab, fab time! 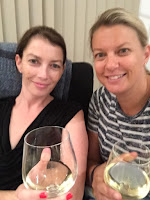 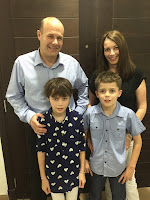