Lucas didn't come with us to the Friday Brunch this time as he was invited a birthday party for his good mate Alex at the same time. His afternoon sure was a lot more action filled than ours as they went to the (world's first) Soft Air Battle Zone at the Yas Mall to play with BB guns! 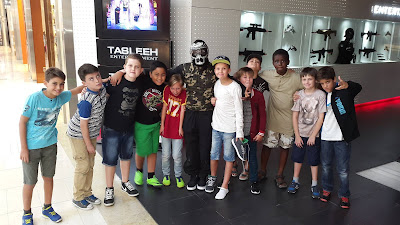 You have to been 14 years and over to go into their Battle Zone, where you get to play against each other. Instead these boys went into the Shooting Range. A static range, using electronic targets. 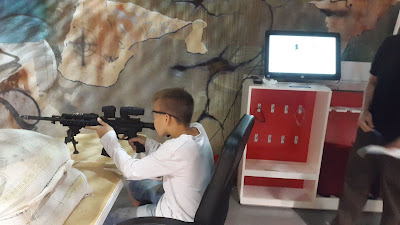 They were also doing the shooting course, a modular area with several targets. They took turns, and  had to get through each section as quickly as possible and fire at the light up electronic targets. It really looked like they had so much fun! 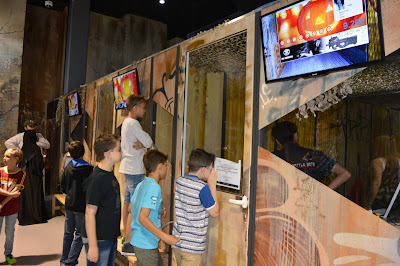 (Thank you Andrew & Amanda for letting me share these pictures!)
Posted by MrsW at 09:50