Linnea has been onto me for a while about getting a haircut before her birthday. She told me she was "up for a change", and wanted it short.
I was a little worried she had been inspired by Hannah and wanted it super short, as I didn't think she would suit a pixie haircut as well as her little friend. Poor Linnea, she has got my hair type, and it's not only super straight, but so fine and flimsy. It will never grow long and luscious, and it would just be flat and boring if too short.
Here's before: 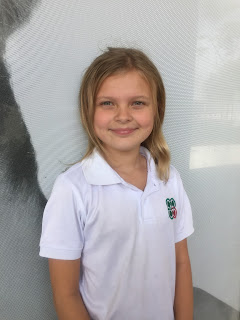 As we have learned the hard way it's good to bring pictures for illustrating what we have in mind, she had decided she wanted a bob, a bit like the character "Thea" in the TV-series 'Arrow': 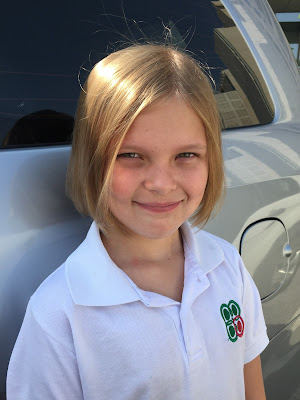