Linnea's birthday is less than a week away, and trying to schedule her party has proved a bit of a challenge this year; both with Nathan currently being so busy with his training, and not being able to be away from the house for too many hours at a time, because of the puppy.
I got all excited when the Turners announced their arrival though, because I knew that it would be the best surprise ever for Linnea to have Hannah & Ben being able to celebrate with her!

We planned the party for the extra off day, which was initially meant to be on Wednesday, but when it got changed last minute (because of the moon...) to Thursday - we had to change everything up and ended up having it on Tuesday afternoon, as Tuesday is a short day at school anyway.
Luckily all her little friends could still make it, she had invited three boys and three girls from school, plus Ben, Hannah and Lucas: 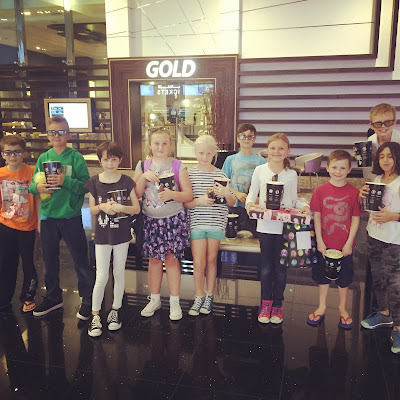 We took them to see 'Hotel Transylvania 2' in 3D. We were all alone in the movie theater which was great, like a private viewing! Popcorn, soda and chocolates all around! 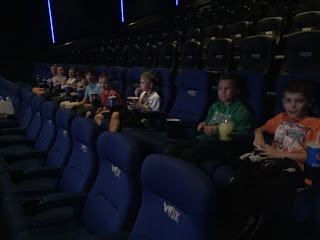 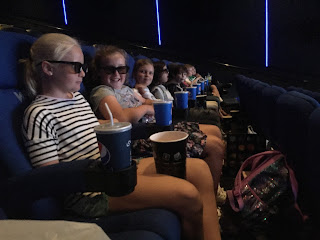 When I say "we", I mean Tash and I. It was a flashback to Lucas' 10th party where I was also on my own and had to ask her for help, and we took 14 kids to the movies to watch the 'Lego Movie': 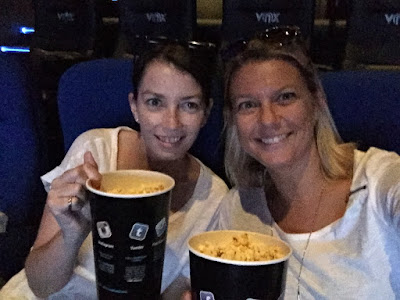 After the movie, we took them all to the rollercoaster restaurant, Rogos. At that time of the afternoon there was nobody else there either, so we got tons of attention from the staff, which was great. A really nice and easy way of doing birthday celebrations! 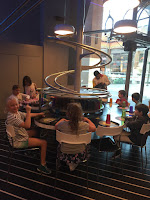 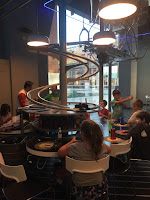 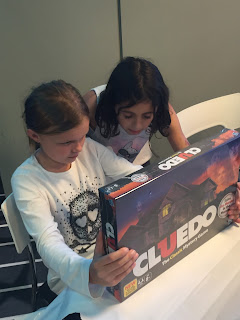 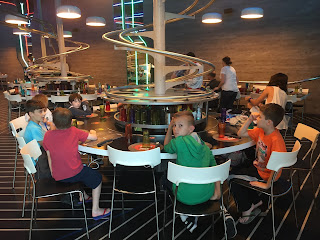 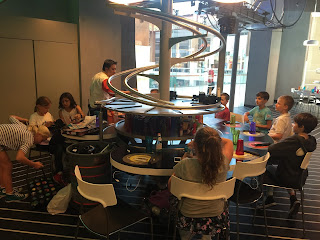 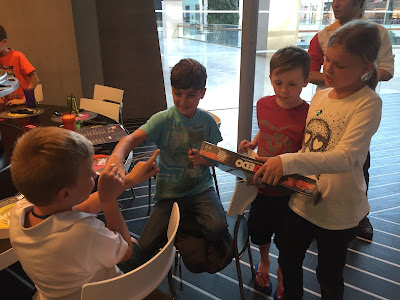 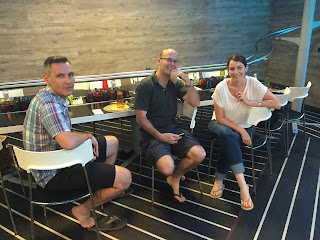 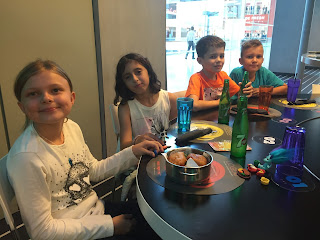 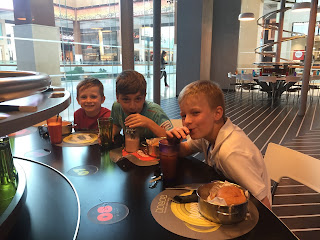 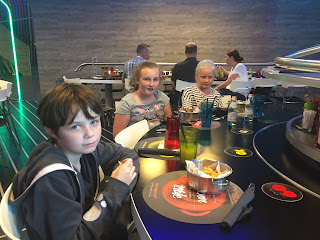 Linnea got treated to a bit of a sing-song from the staff and a brownie with candles in it; and on Linnea's request we had a big box of donuts for everybody to enjoy instead of cake.
A very good birthday celebration indeed! 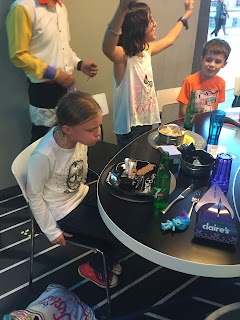 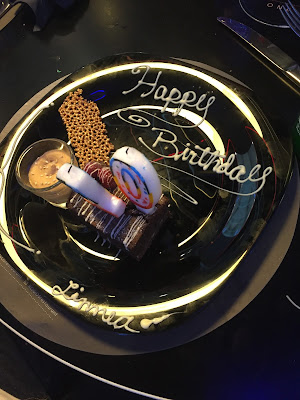