Today we had a big day out, at the Karlsborg Fortress, situated at the Vanäs Peninsula in Lake Vättern, about 80km from here.

The construction of the fortress started in 1819 and went on for 90 years. It was meant to be the core of a new central defense system, where the Royal family, the government and the gold reserves were ment to be moved in case of war. The idea had come when Sweden lost Finland to Russia back in the beginning of the 1800s, and Stockholm became a lot more exposed. 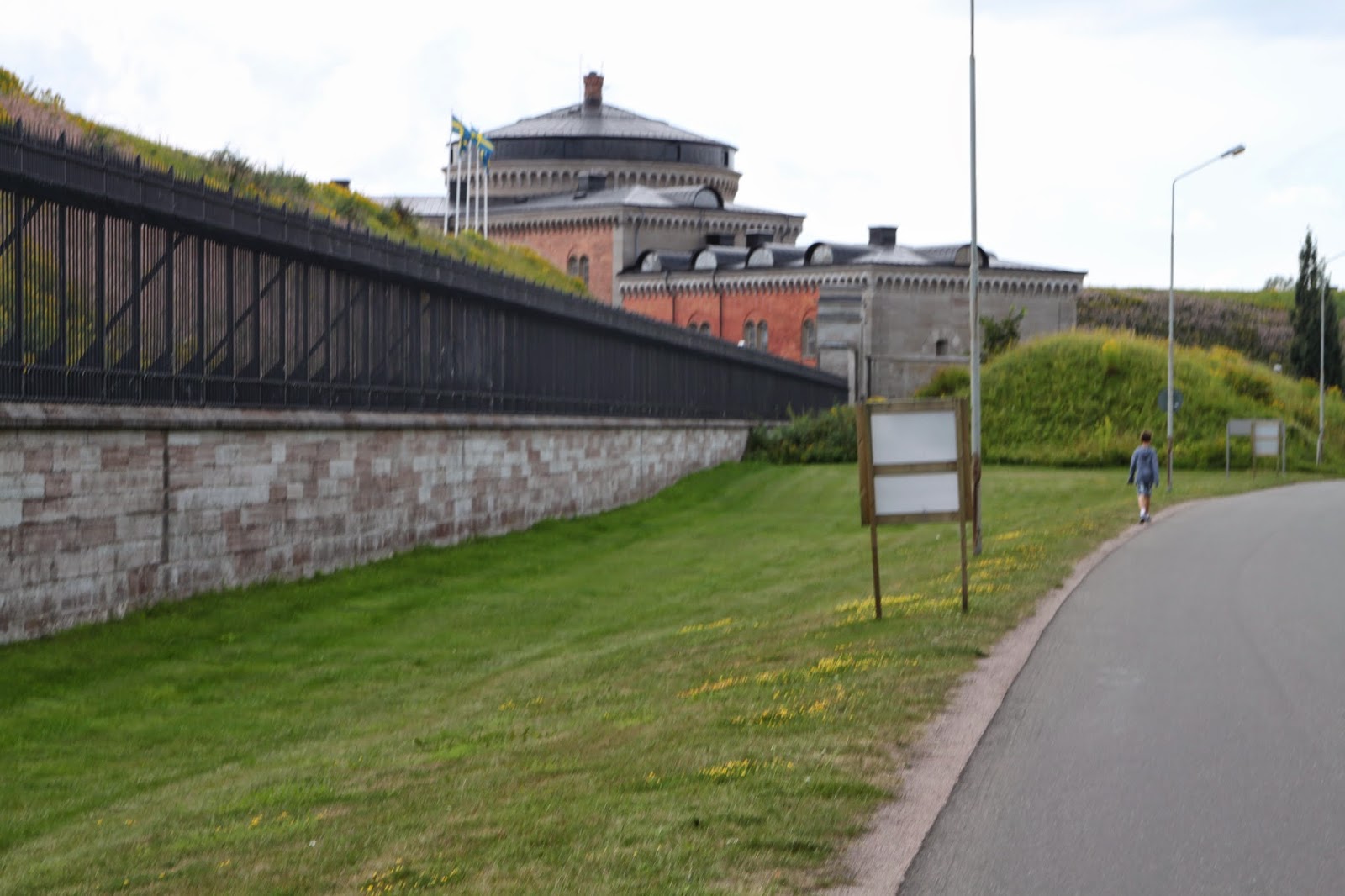 Unfortunately the fortress became outdated in time due to the prolonged construction period. It ceased to be a war fortification but stayed a storage and training facility. The military is still there today with an active garrison, and about 150 civilians live here, with varied links to the activities of the fortress. The fortress site has been a national historic building since 1935. 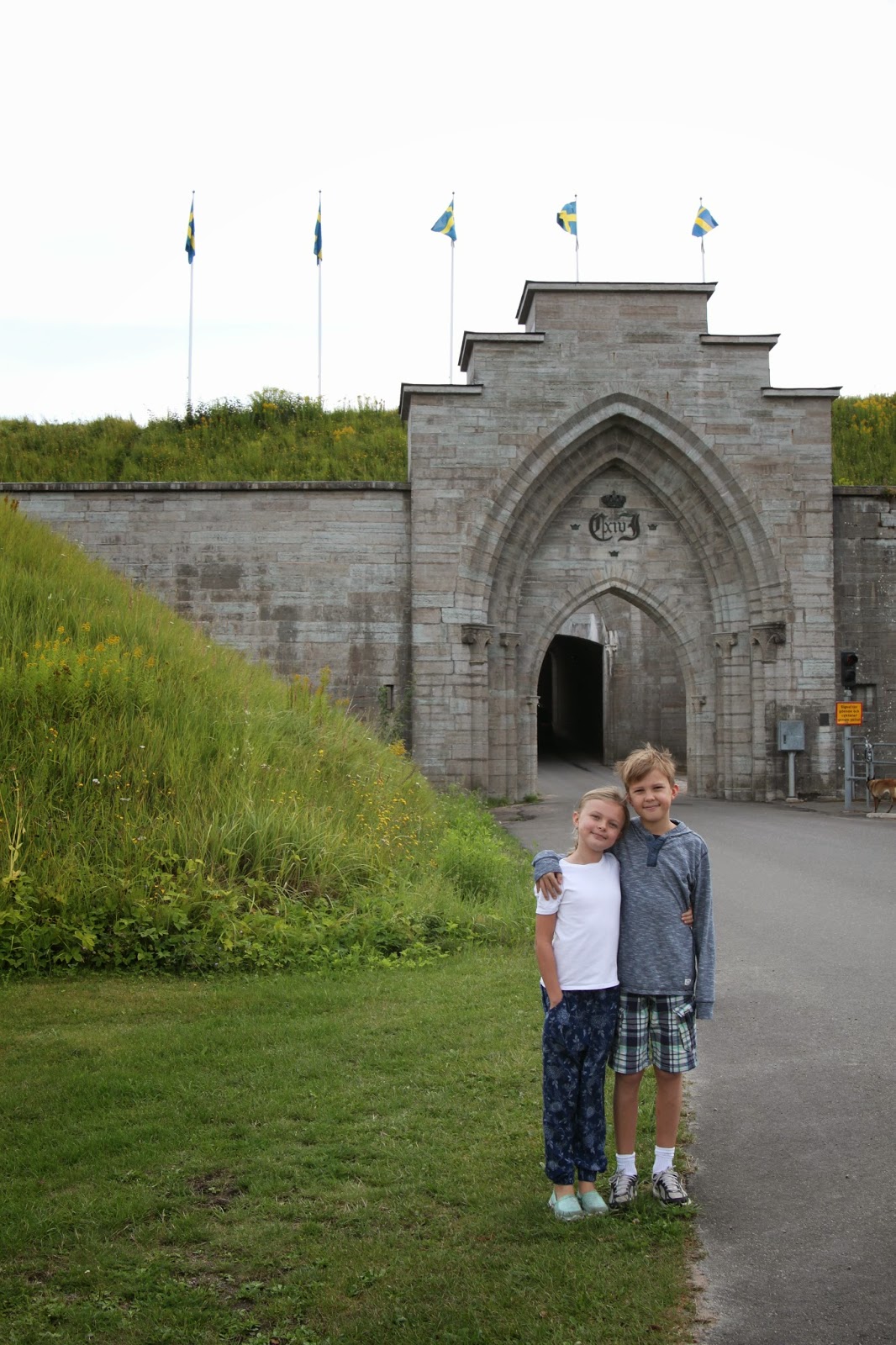 This fortress is one of northern Europe's largest constructions, with a circumference of 5km. The Reduit, which is the heart of the fortress, is the longest heated building in Europe. Here we are in front of one part of it: 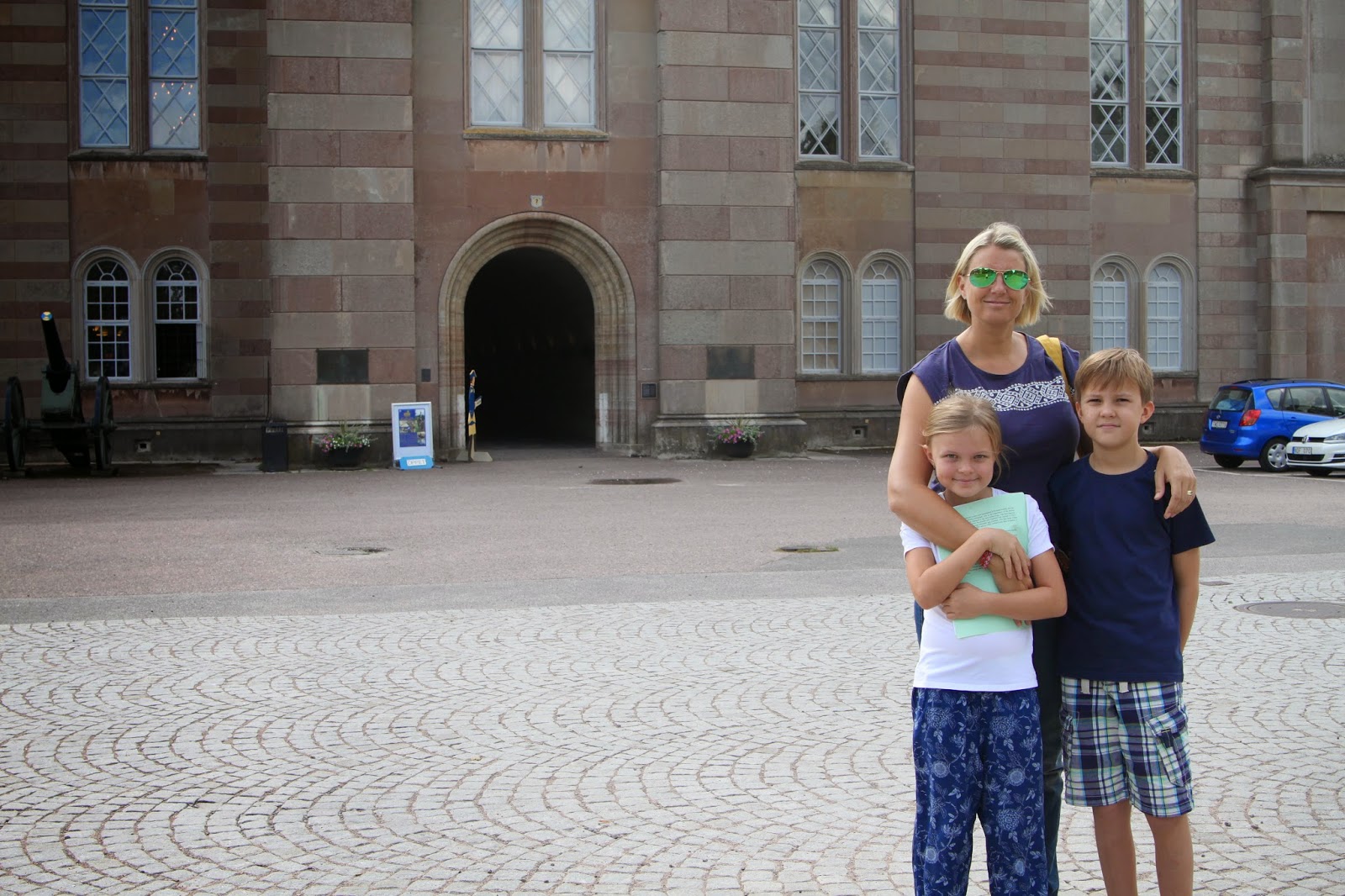 There is plenty to see and do for the whole family here. It's free to walk around inside the fortress grounds, or you can join in one of the guided tours that takes you into all areas of the fortress.
There is also a fortress museum, situated within the Reduit, packed with exhibits, stories and objects depicting the history of the fortress, the community and the military units.

The reason we came was mainly to take part in "The hunt for the gold reserve", a guided interactive tour aimed at children between 7-15. This was something that started at the fortress in 2011, and has become a roaring success. I had read superb reviews about this very special tour, and I was just as excited as the children!
It started with a 3D movie, giving the background history of the fortress, and telling us that a corrupted guard had stolen the gold reserve, and hidden it somewhere inside the fortress. Our task was going to be to help find it again before the king was supposed to come and inspect the gold. 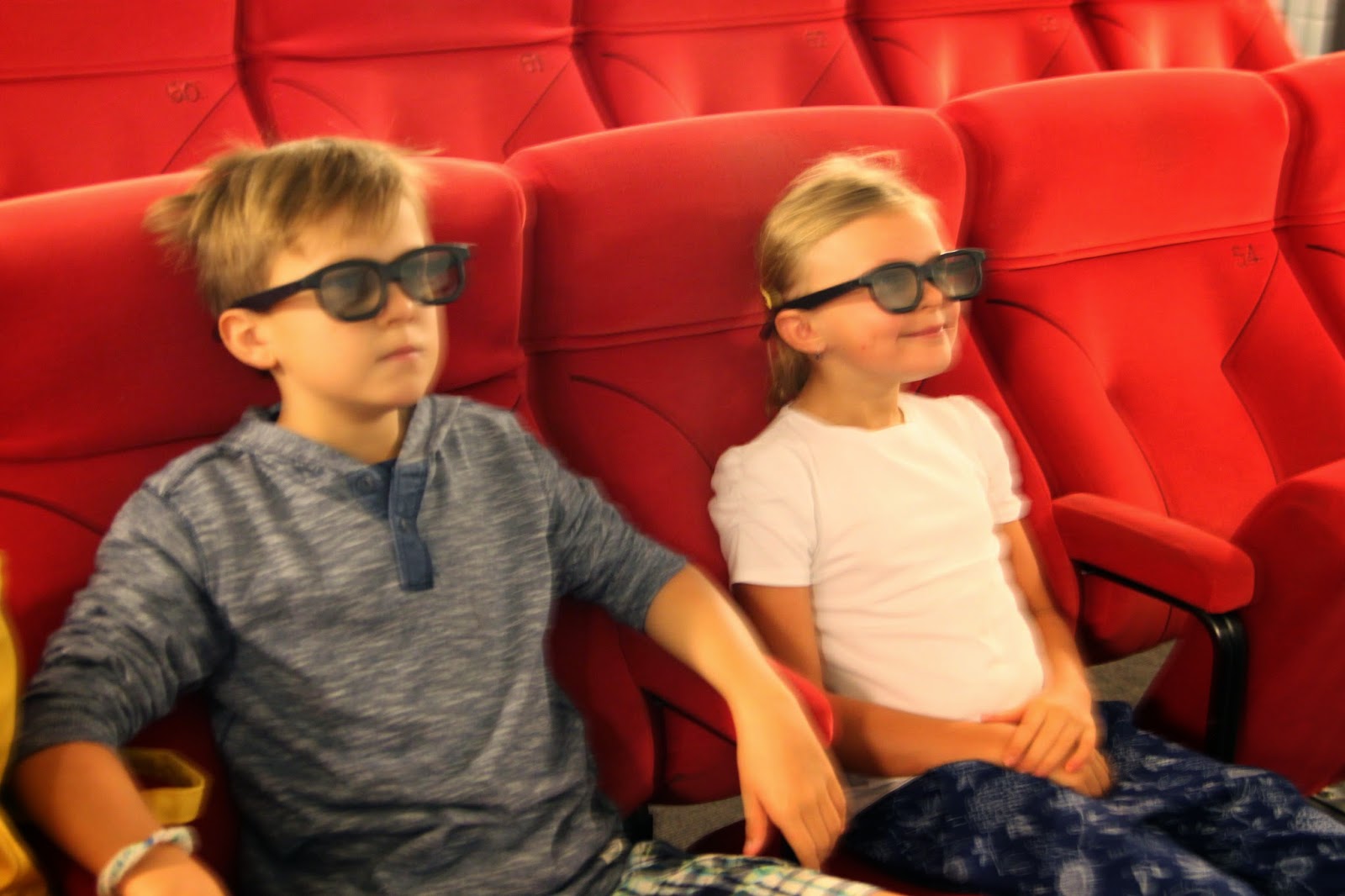 Off we went, being chased around outside in the moats and inside in the cold depths of the fortress; we solved riddles, played tv-games and found keys - all to locate the stolen gold. 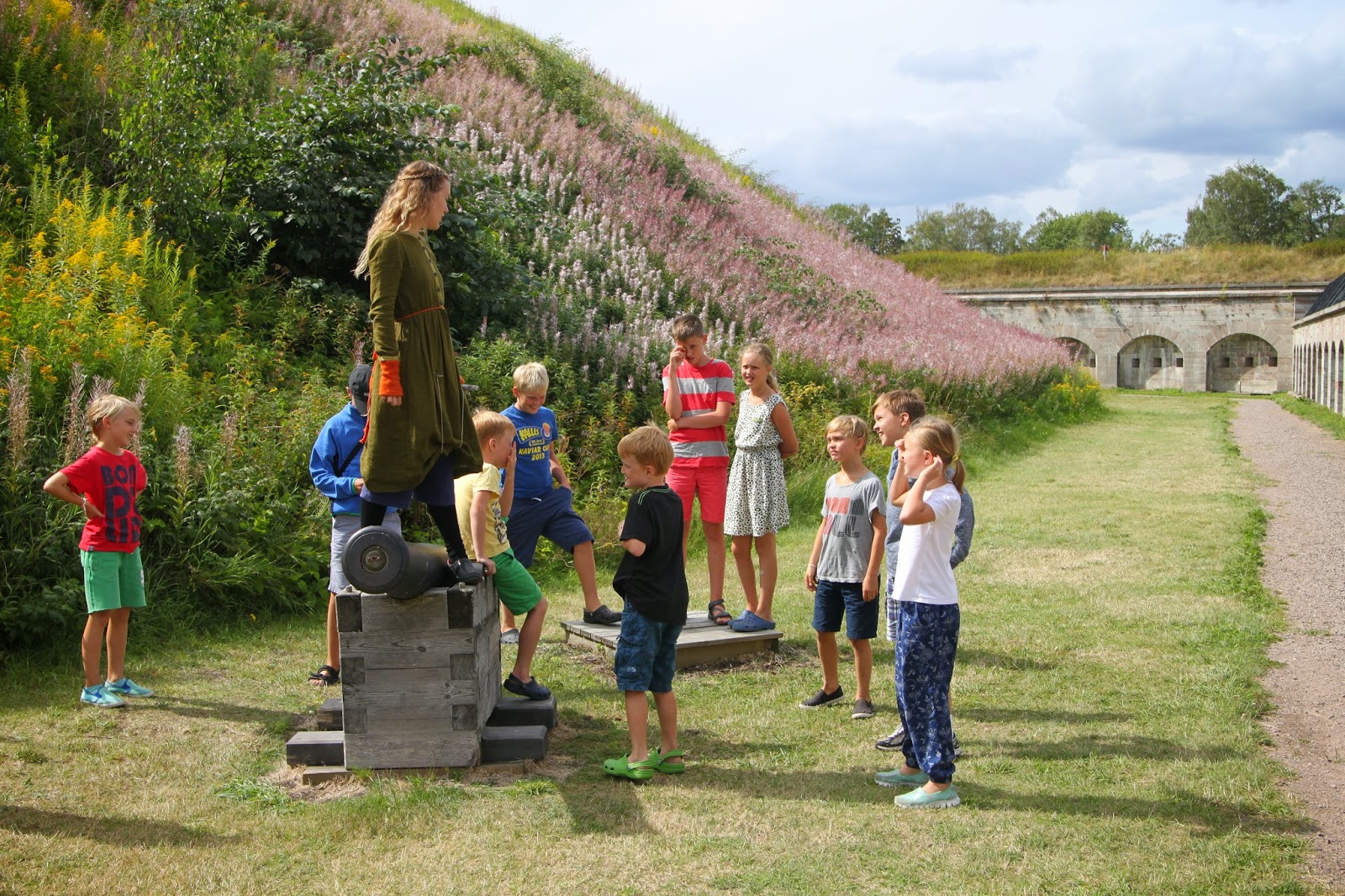 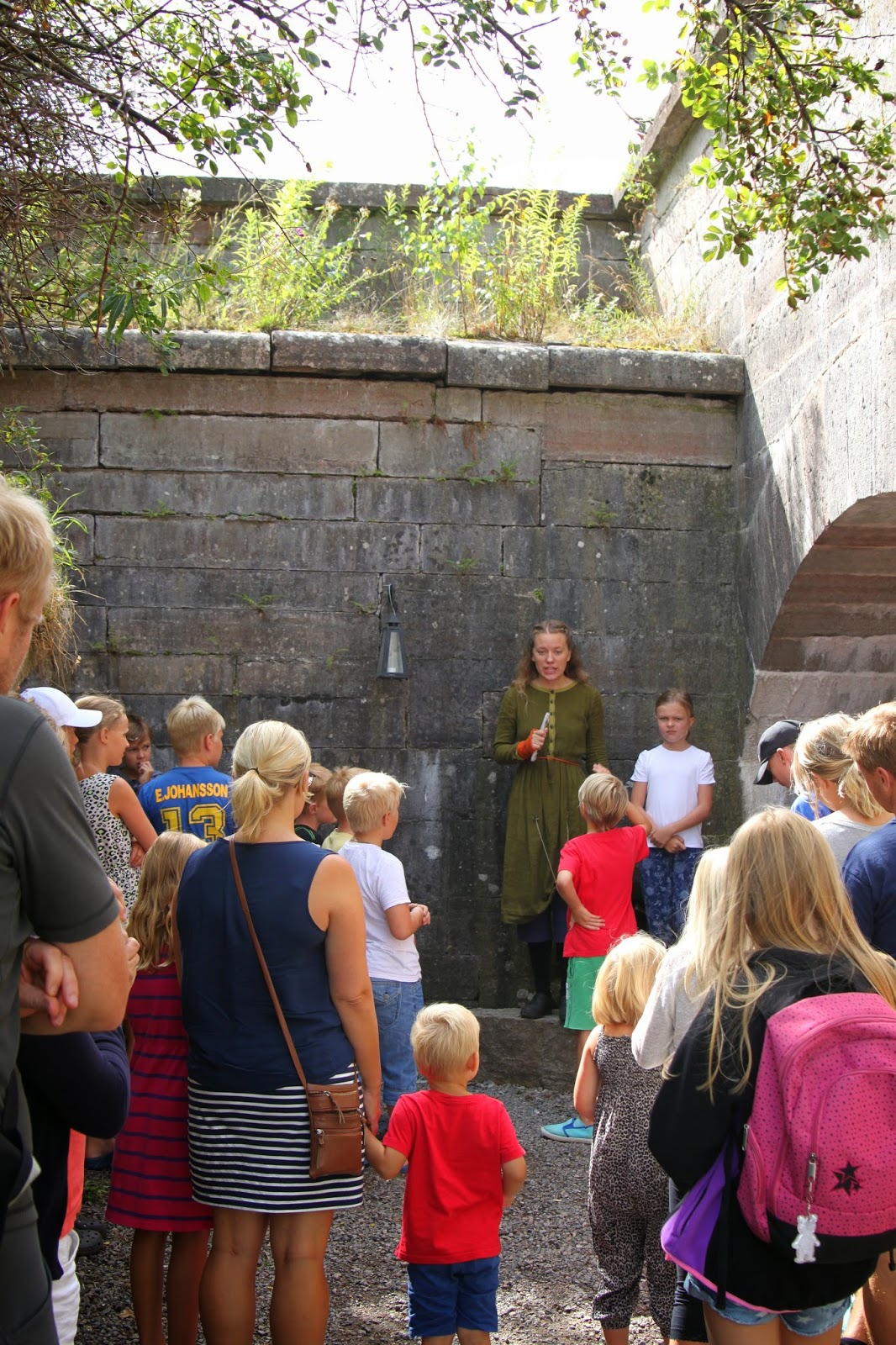 Linnea helping to solve one of the riddles, by spelling out the word 'rifle' in Swedish - gevär: 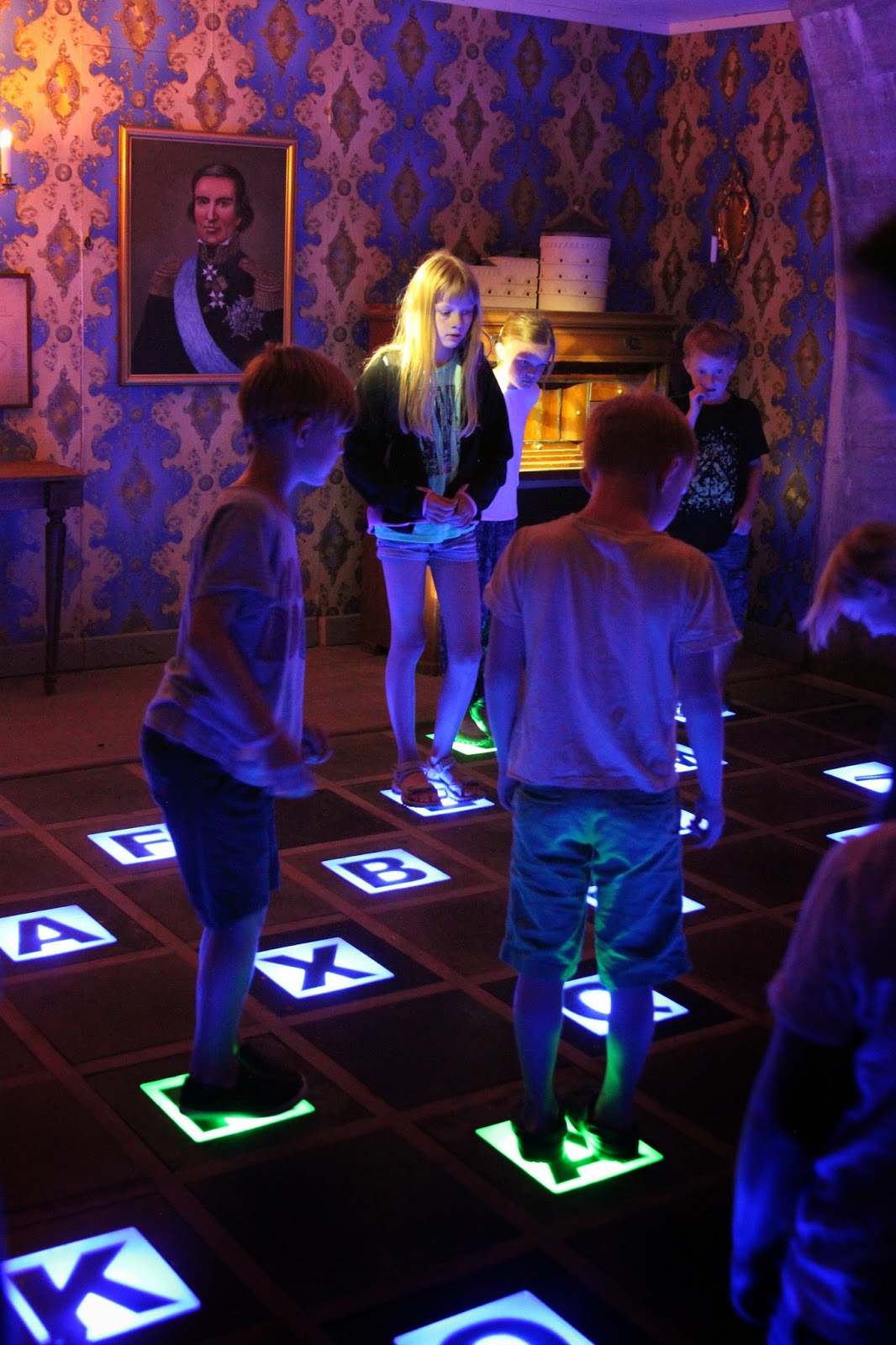 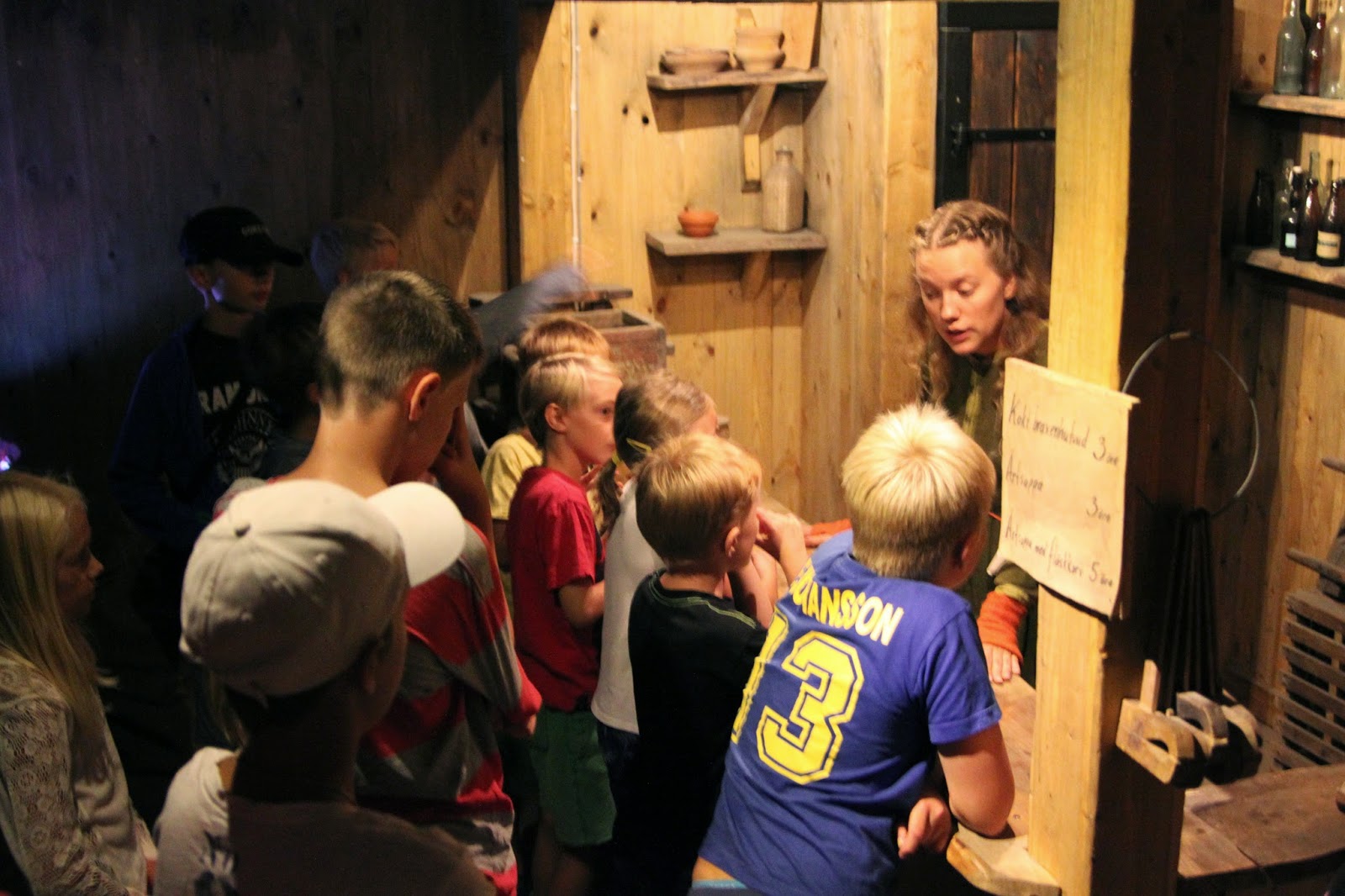 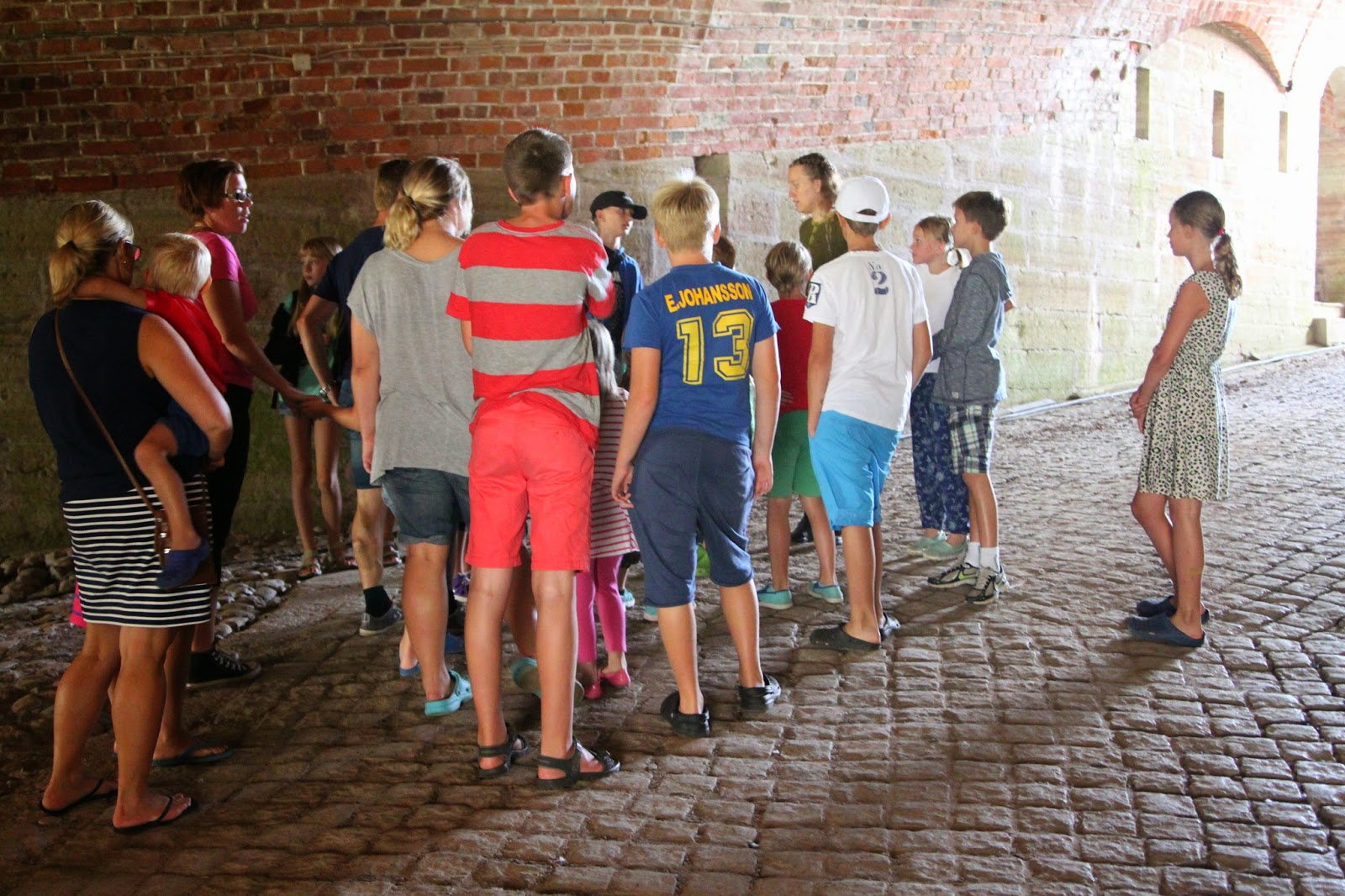 We had to march like soldiers to get through the moats, as no civilians were allowed there. These moats were all dug out by hand, with shovels, no wonder it took a while! 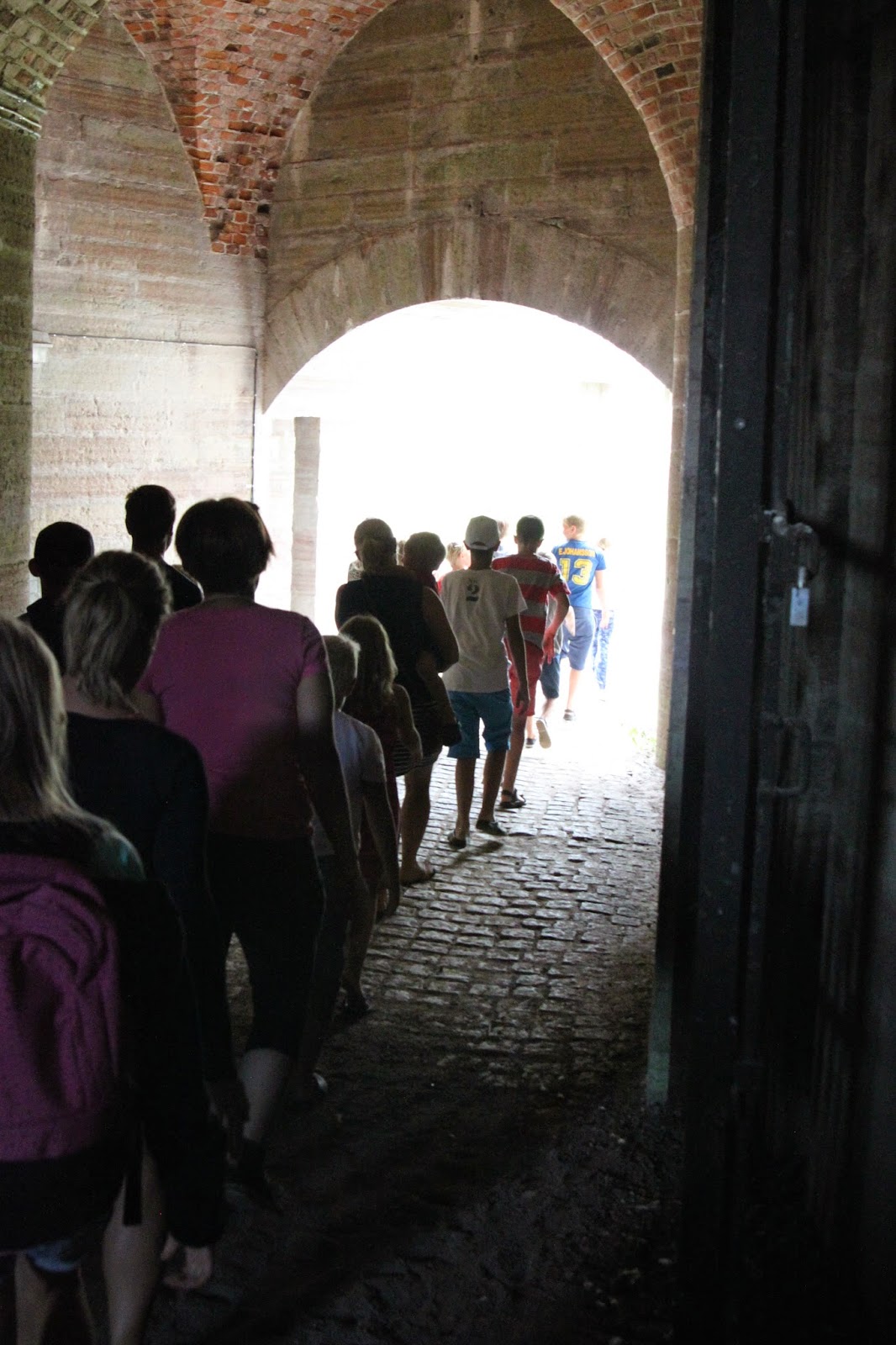 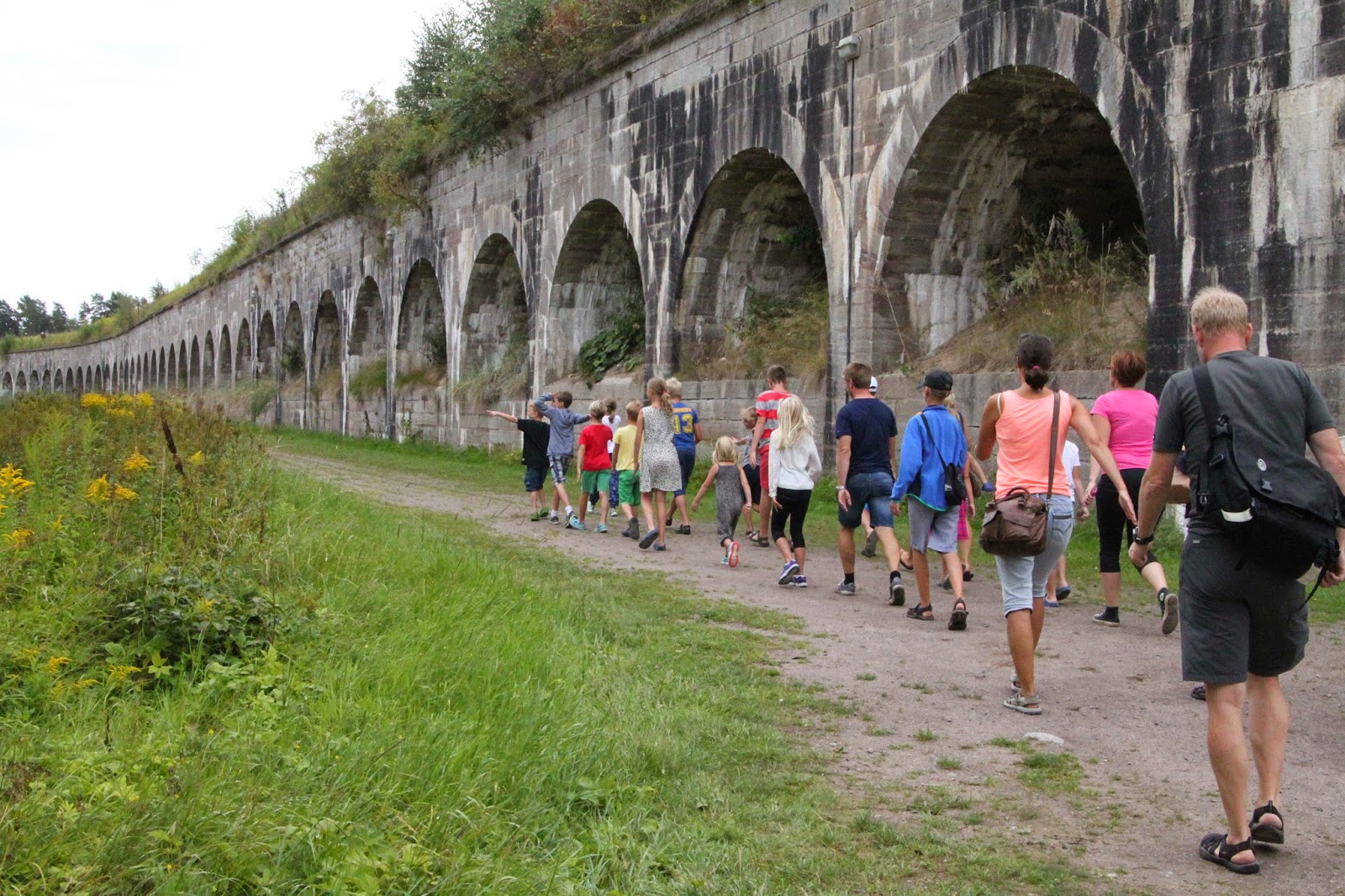 We got to see many areas of the fortress you can usually not get access to, since they were all in the military part. Here we are about to go back inside again, since we think we now know where he gold is! 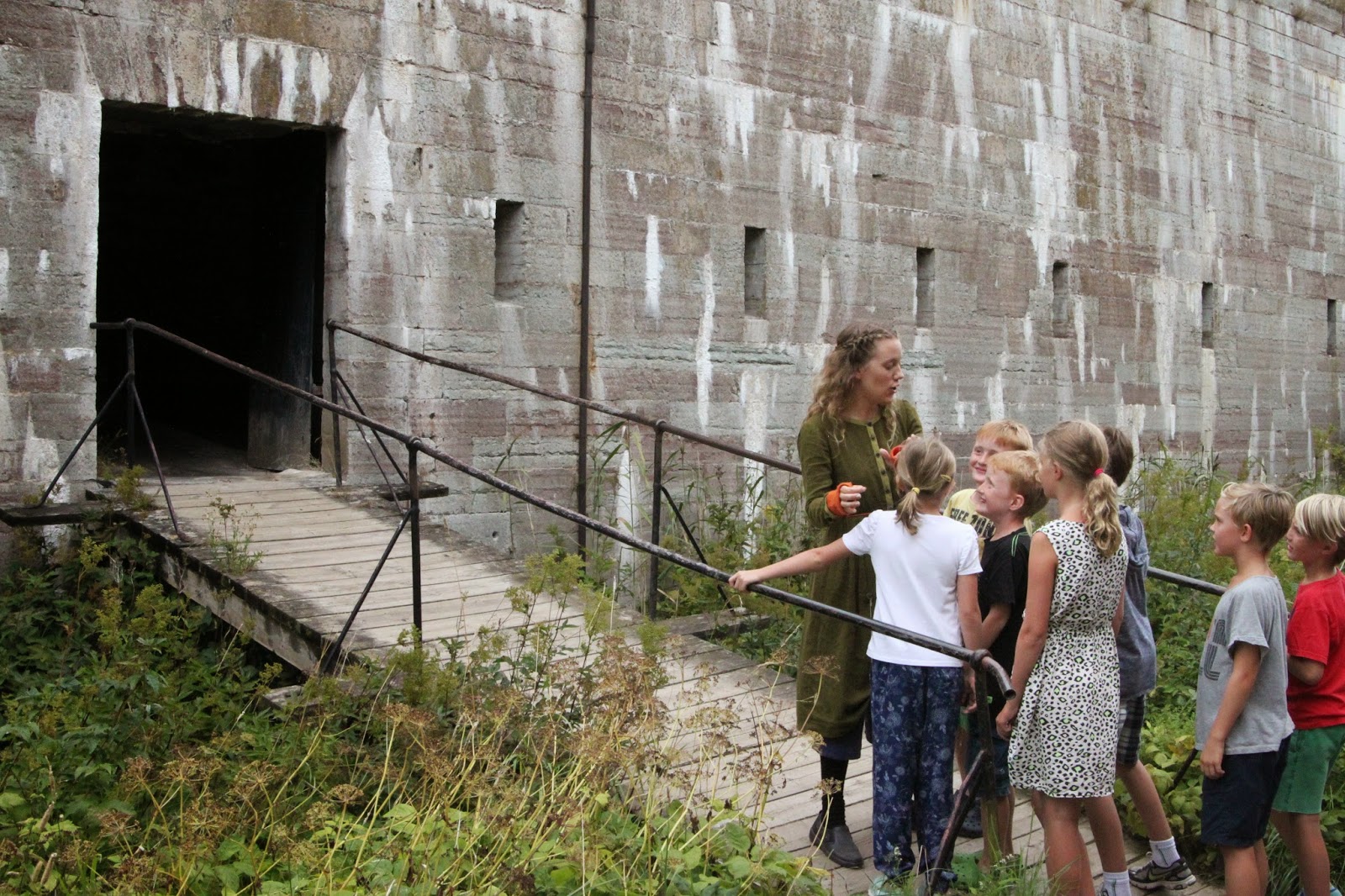 Playing a tv-game, catching rats that tried to run away with some gold, stomping our feet to distract the people following us etc. We all worked in pairs and we all got into it, quite a workout! 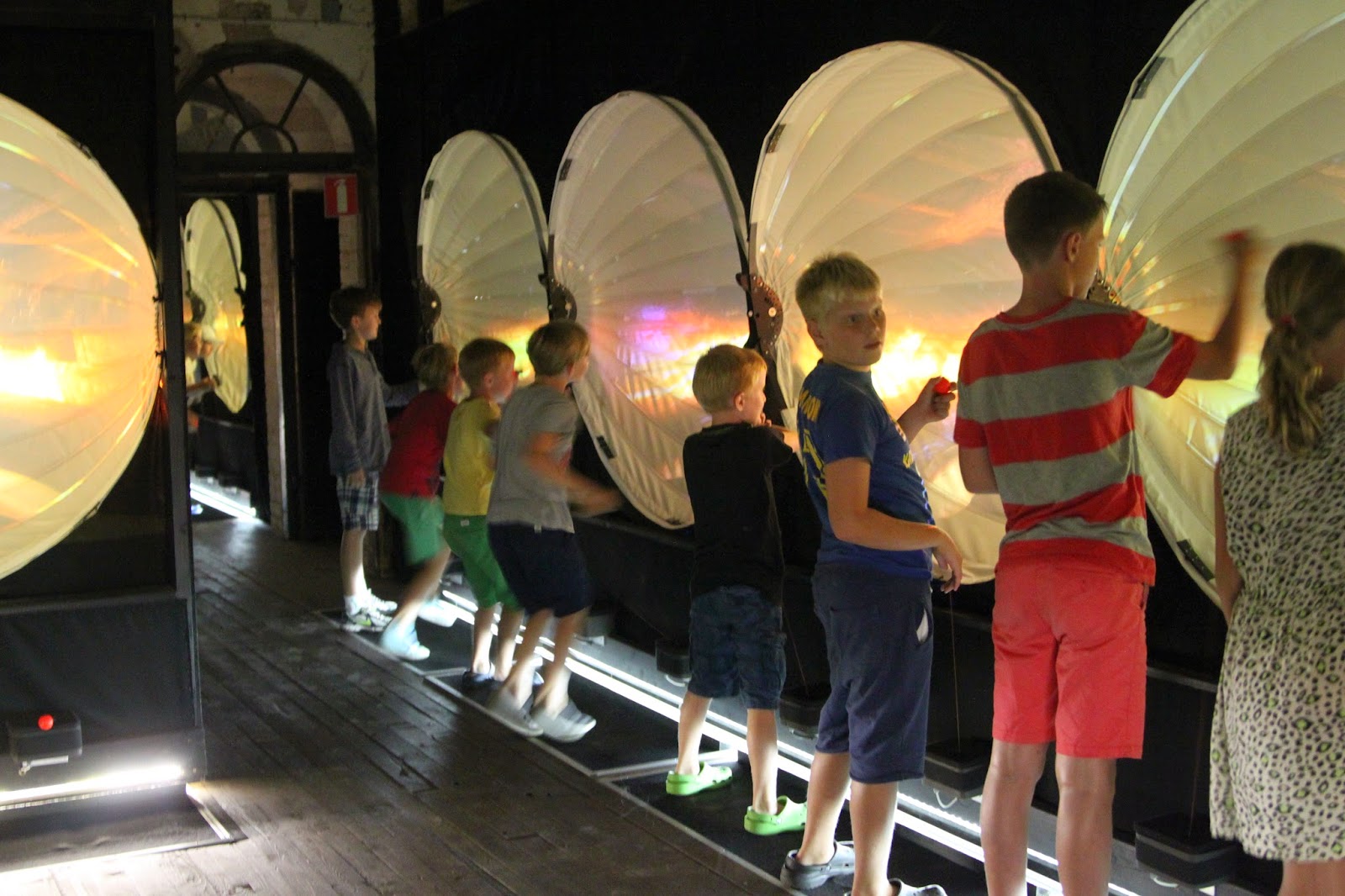 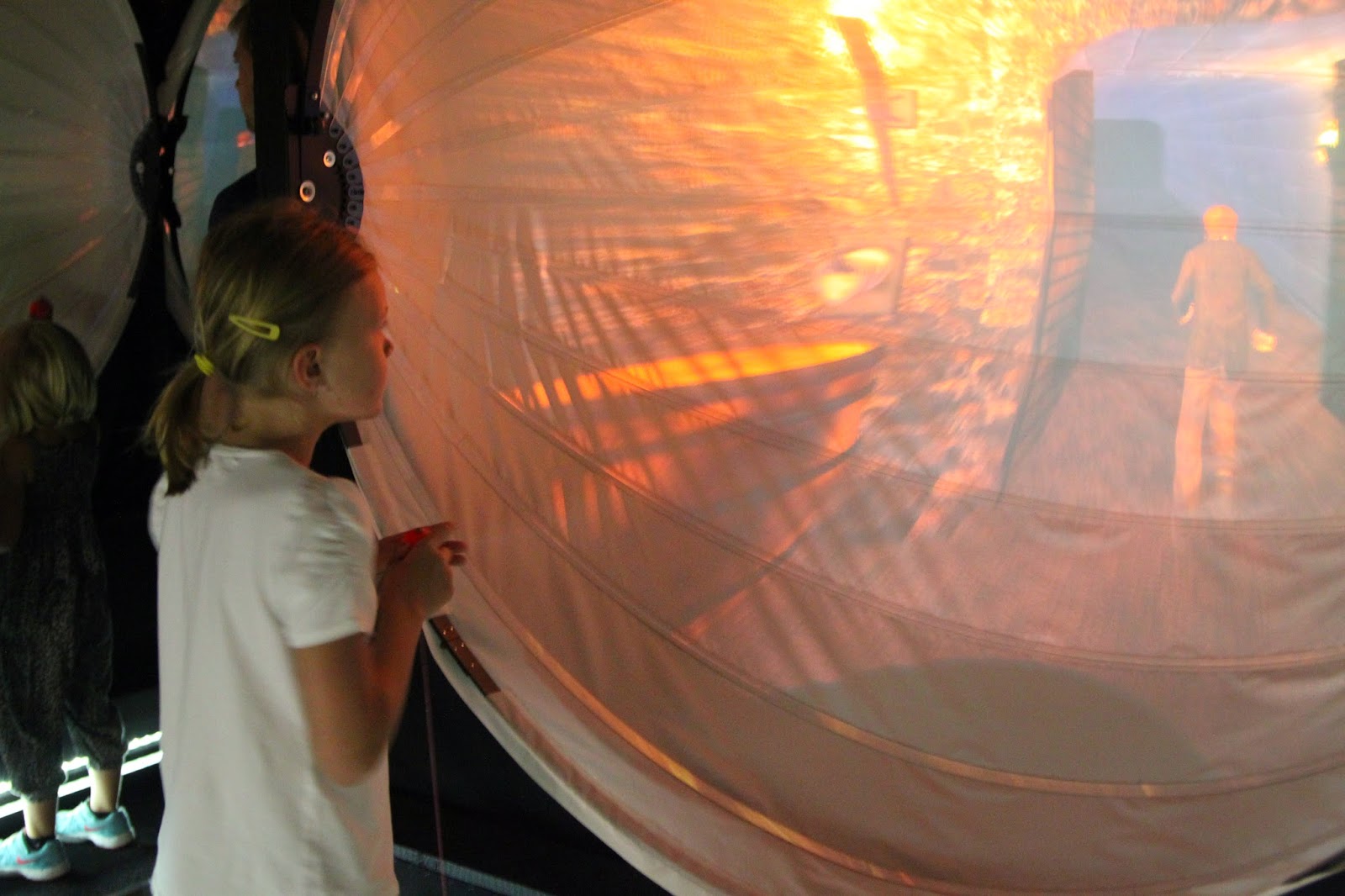 Solving riddles to find keys with the right code to get out through the next door: 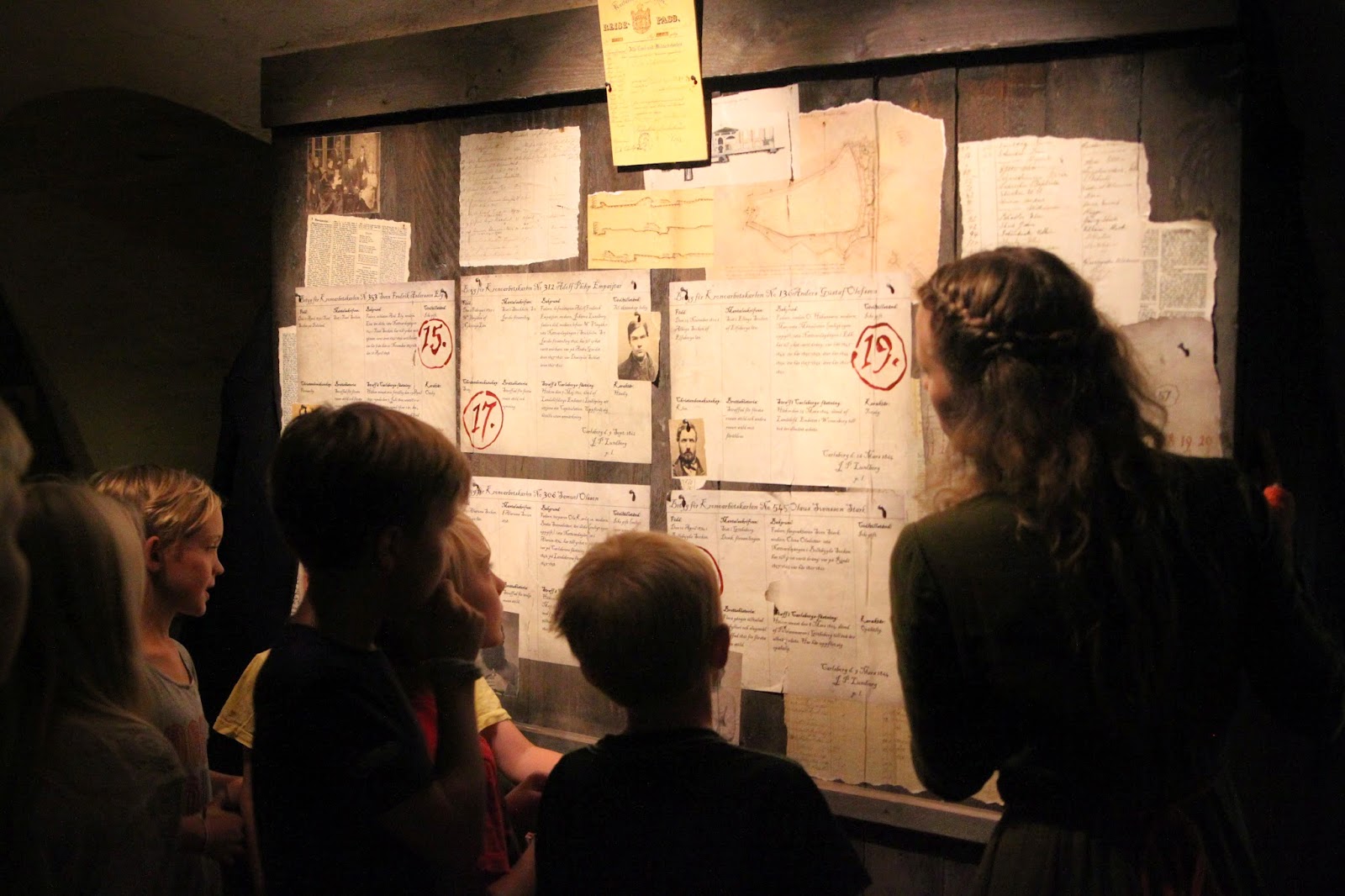 Then we found the gold! Yay! 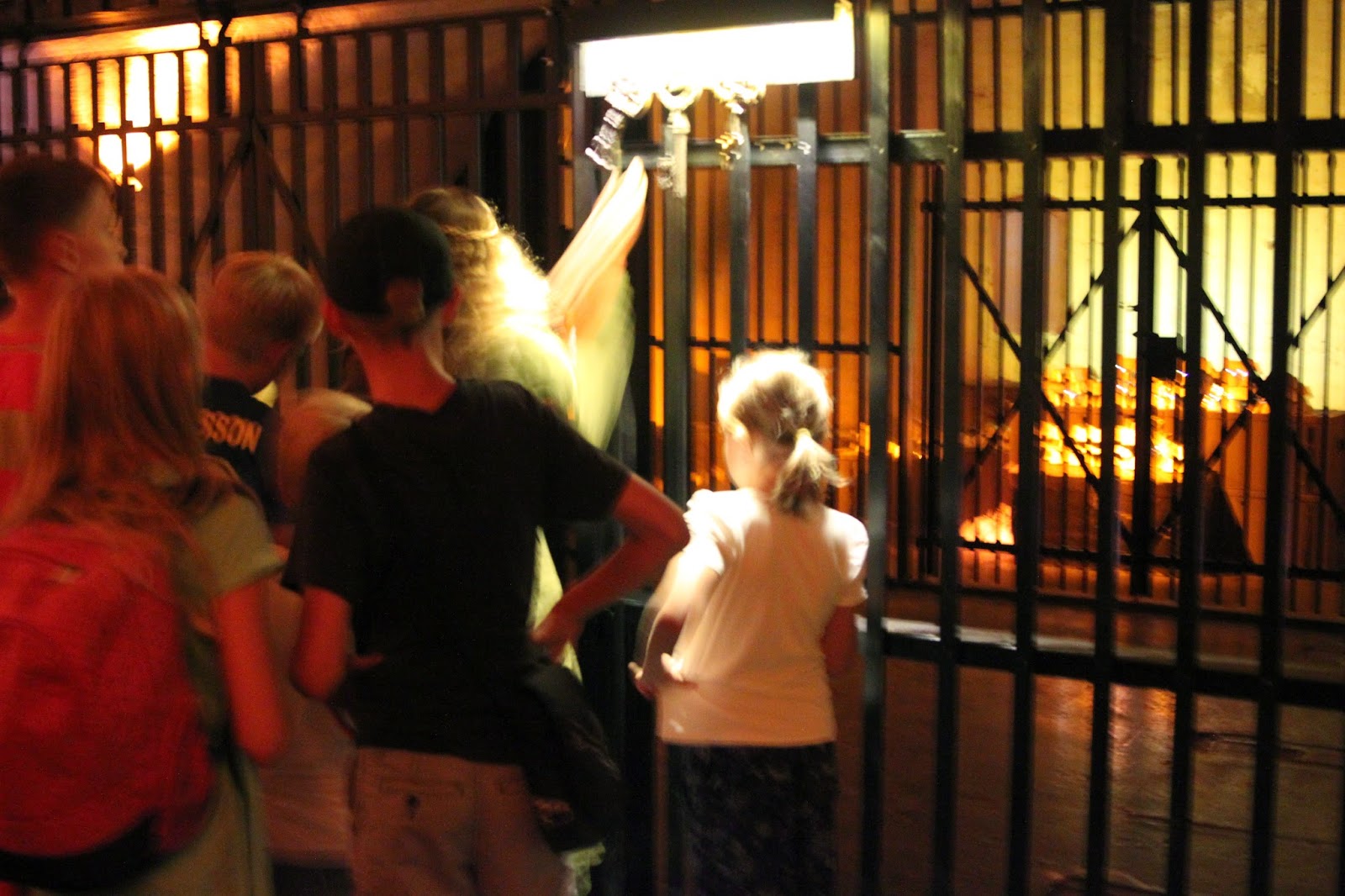 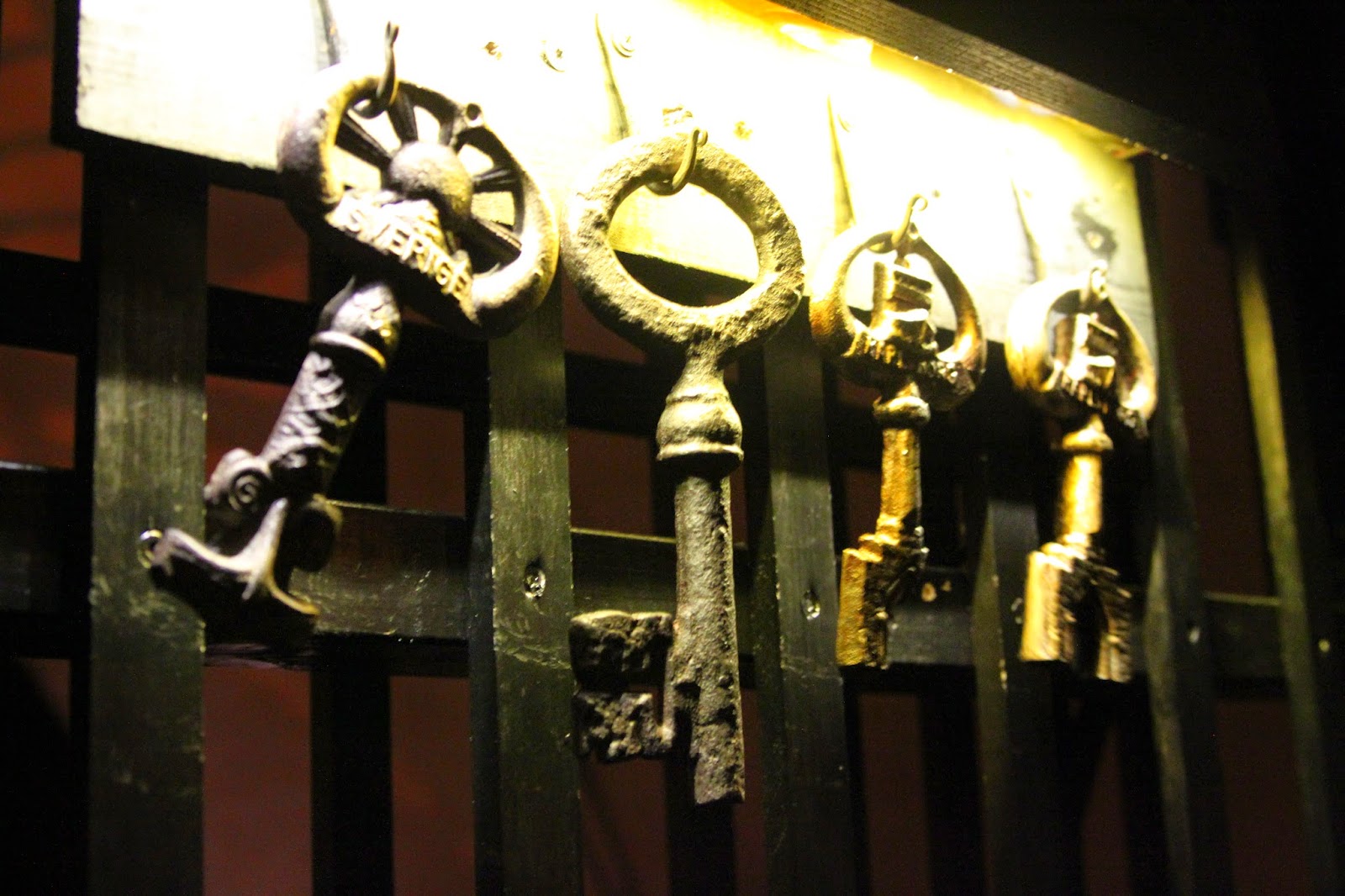 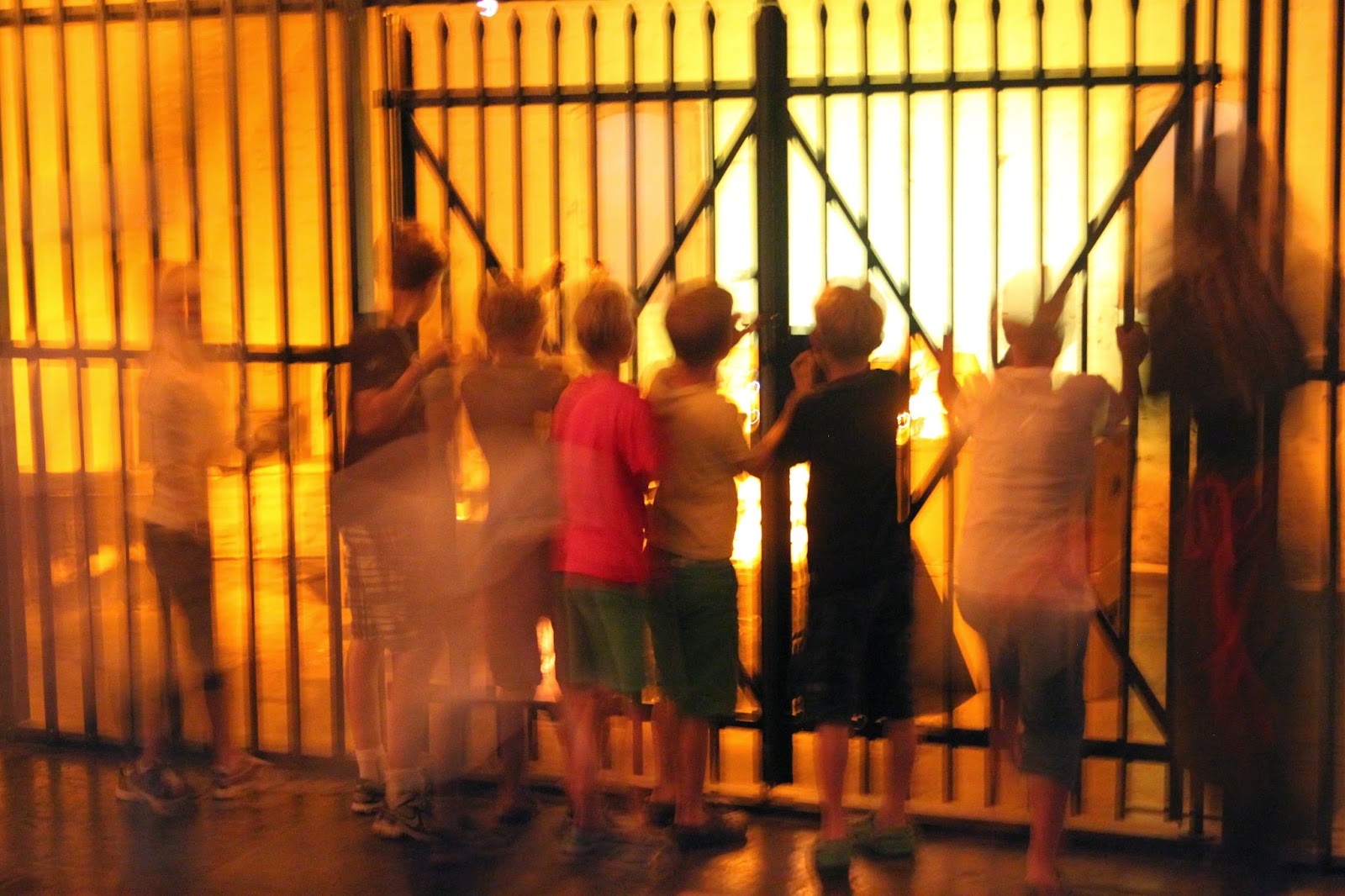 But as we were nearly done with opening the last grid - the roof started to cave in, so we had to run outside... Aaahhhh...
At least we got some very nice certificates, signed by King Carl XIV Johan himself, saying we were heroes for saving the gold! 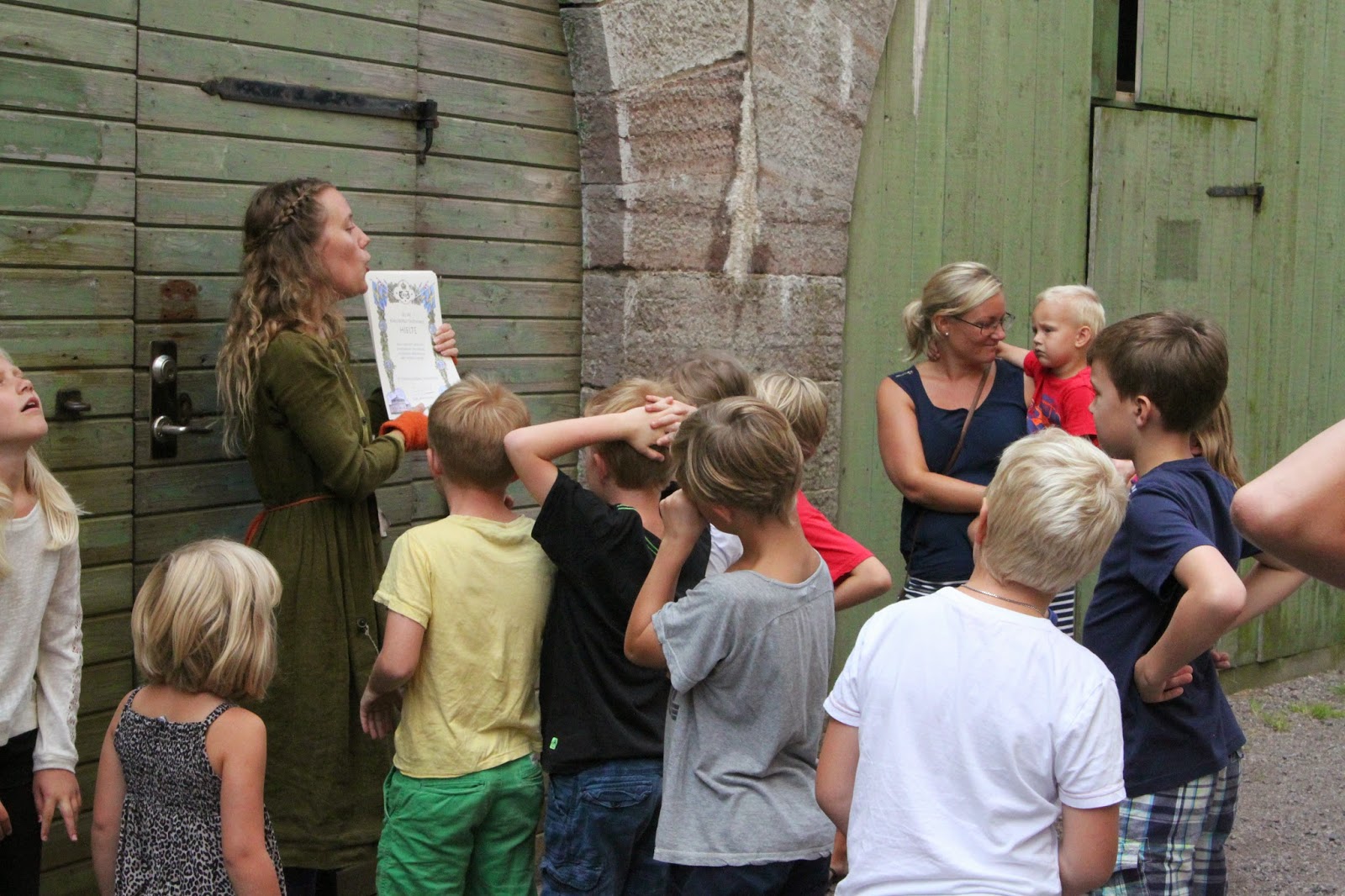 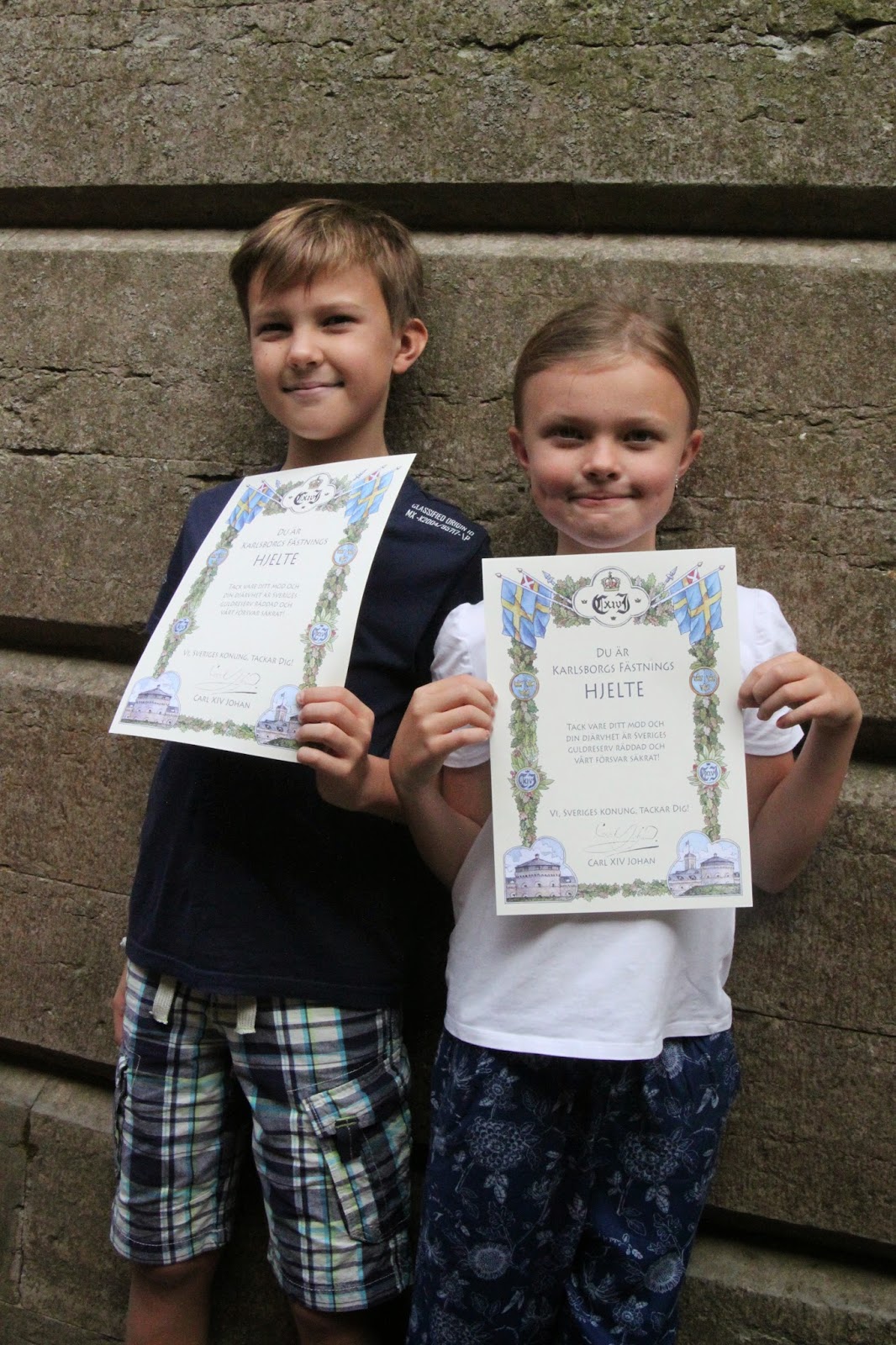 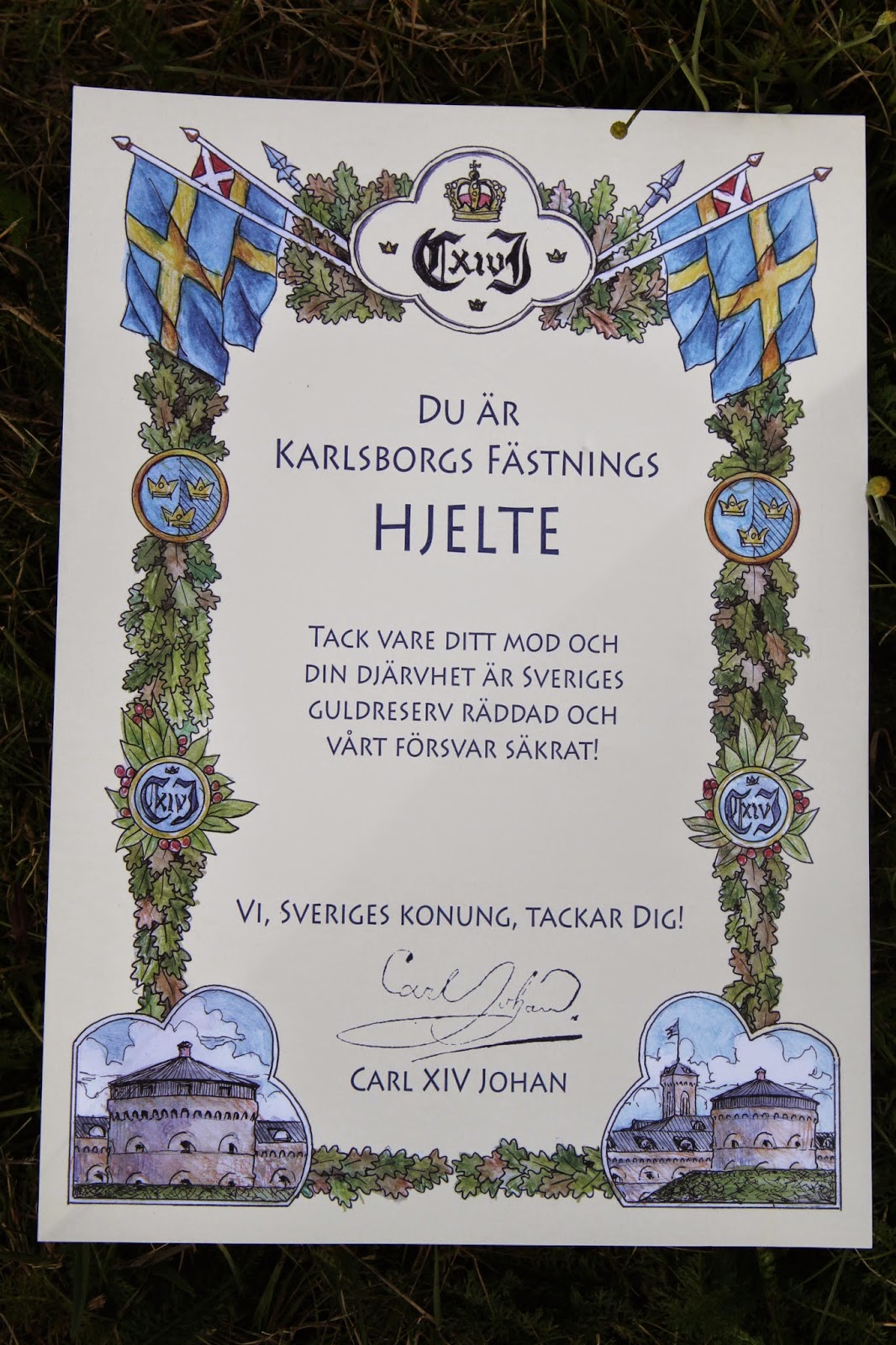 Very cool!
We all had a great time during the tour, and it actually lasted nearly 1 1/2h, so I guess it was worth every (expensive...) krona..! Especially since it's the kind of thing you only do once, and the kids were truly in the perfect ages for it this summer.
We finished off with a visit to the museum: 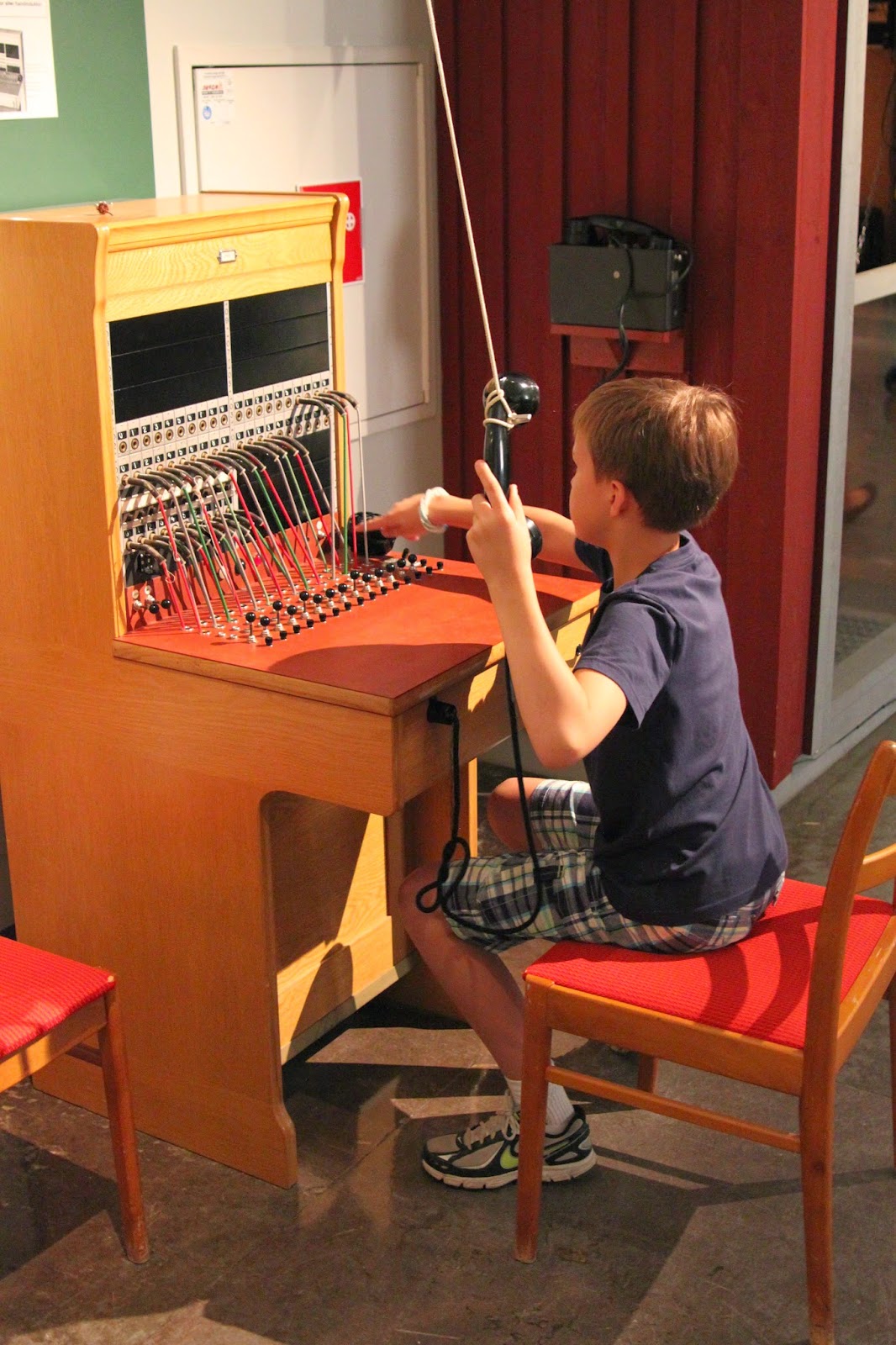 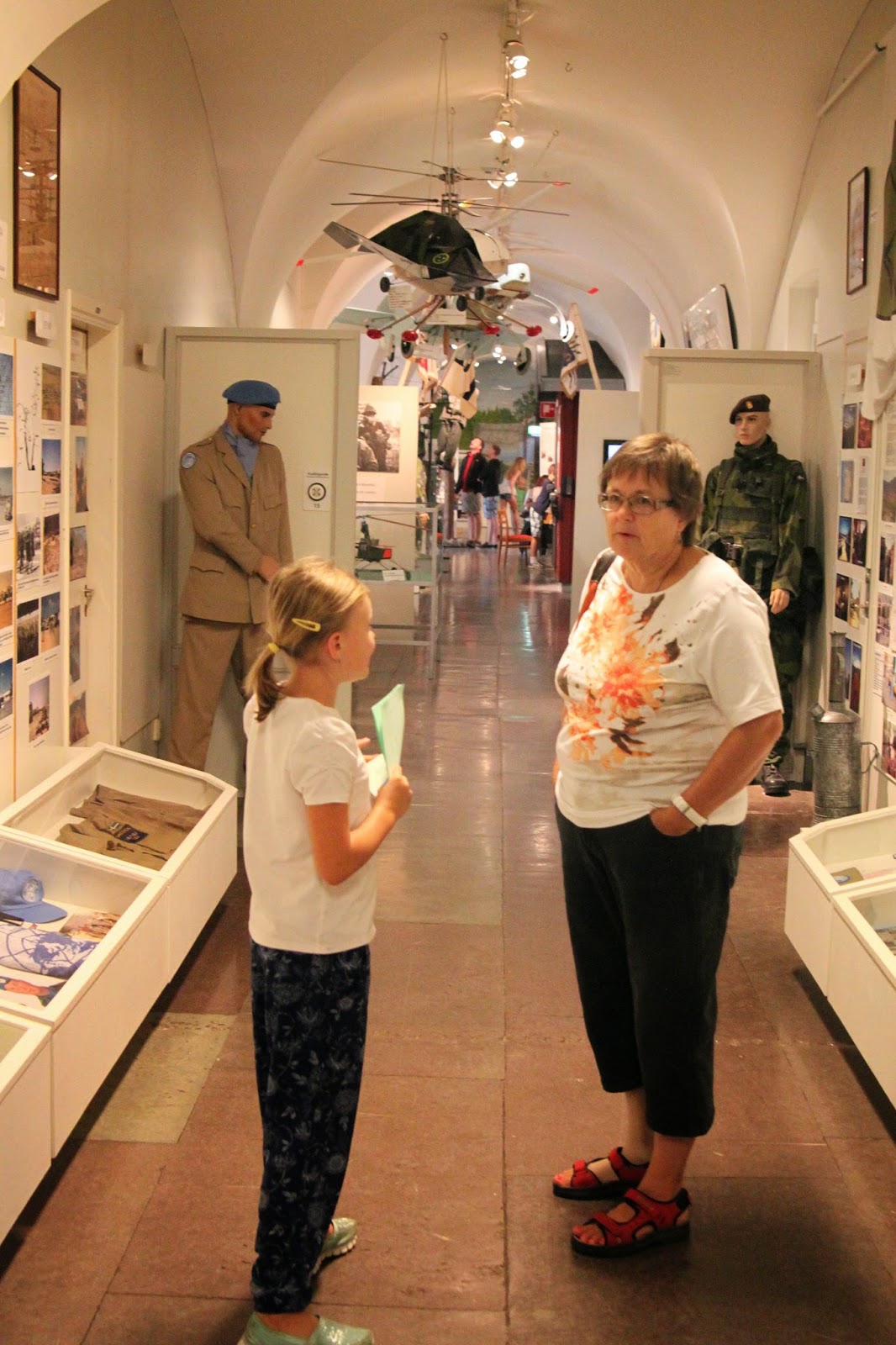 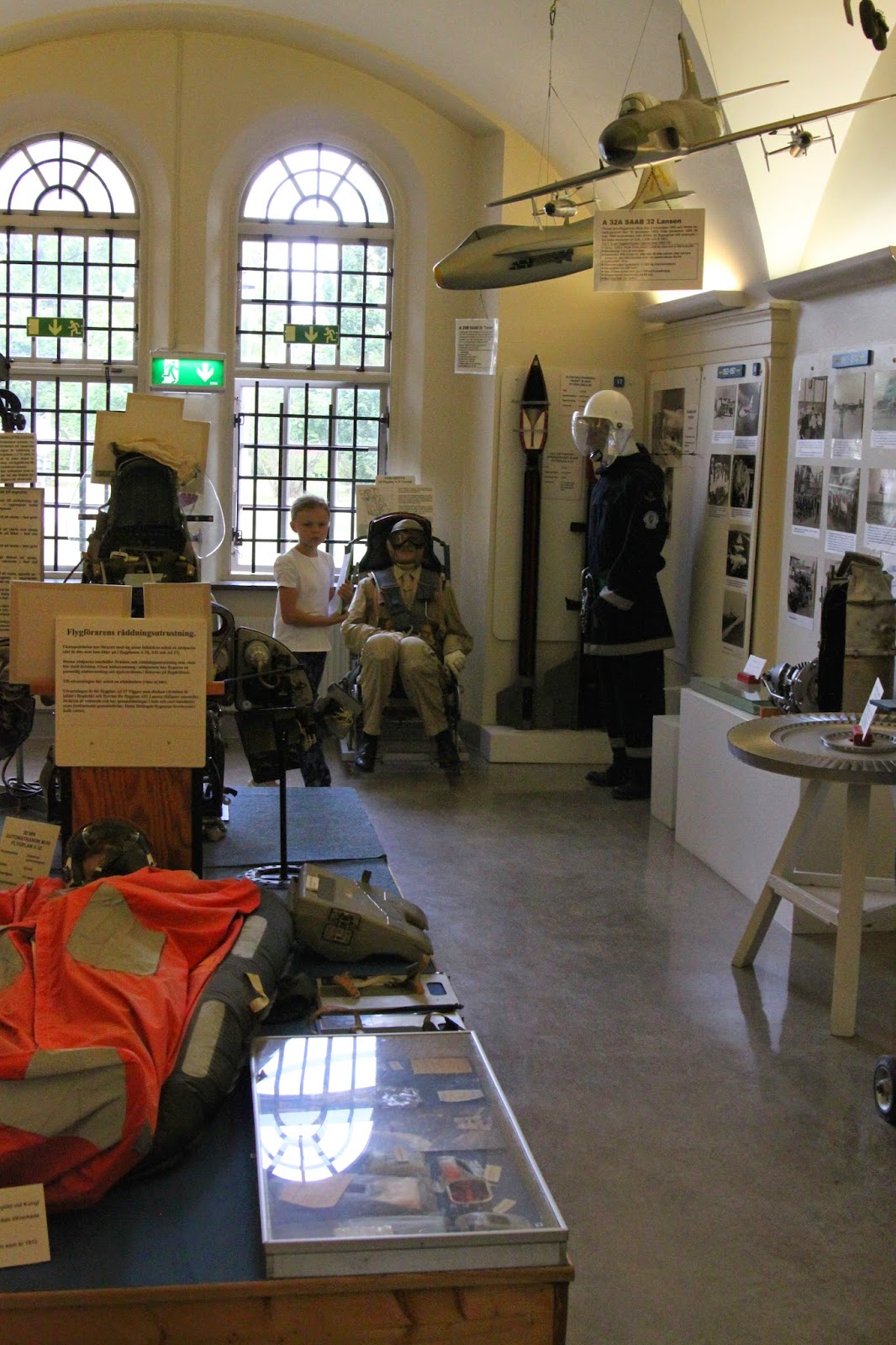