The brain behind the Karlsborg Fortress, Count Baltzar von Platen, also initiated another huge building project in Sweden, the Göta Canal - a waterway link between the North Sea and the Baltic Sea.
It was one of the largest civil engineering projects ever undertaken in Sweden; it has a length of 190 km and and a total of 58 locks. Of this distance 87 km was man made, the lakes through which the canals passes make up the rest of the length. 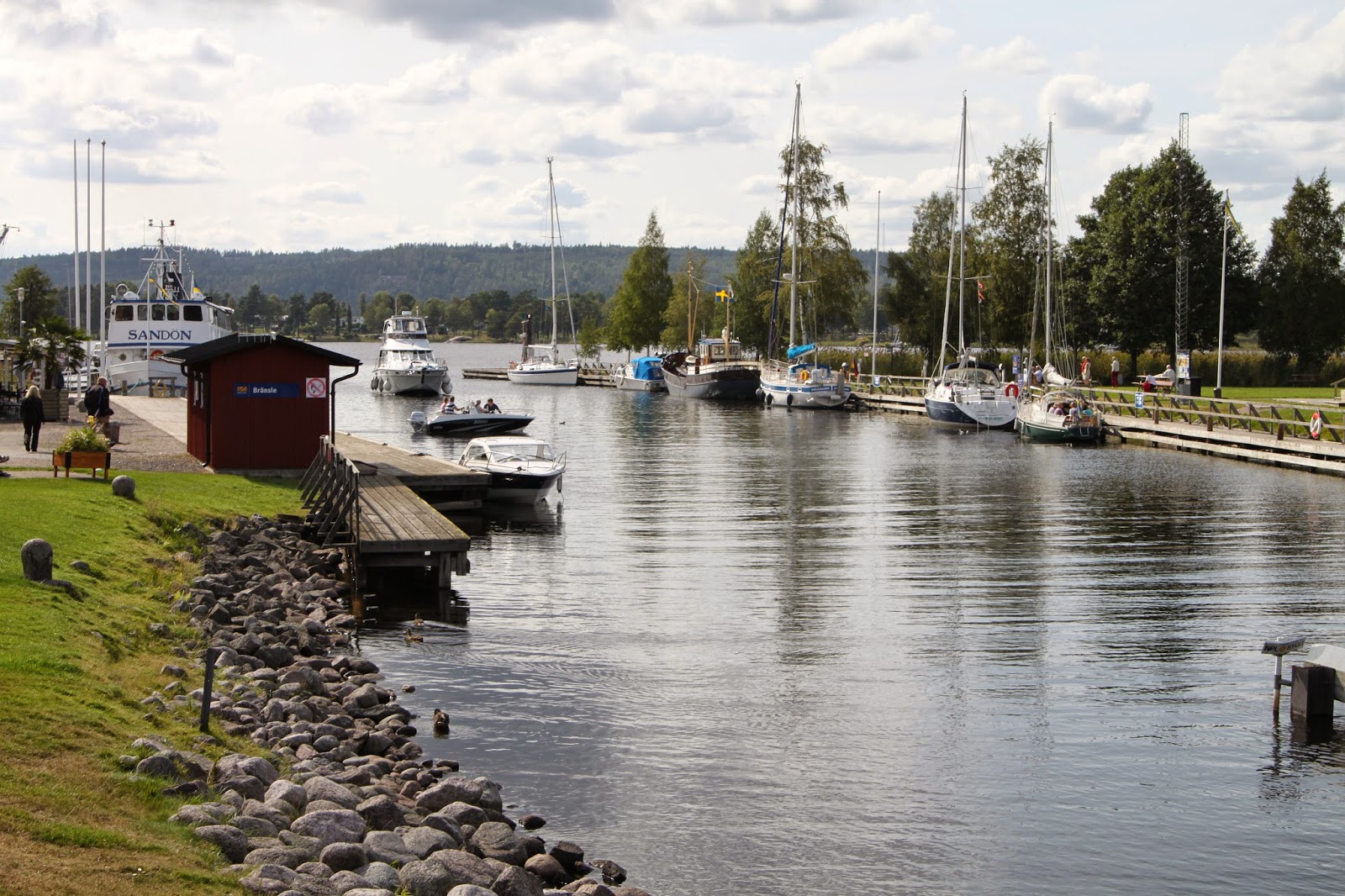 We had an ice cream break near the Karlsborg harbour, where there is no lock, but it was fun watching the bridge rise when the boats came through. 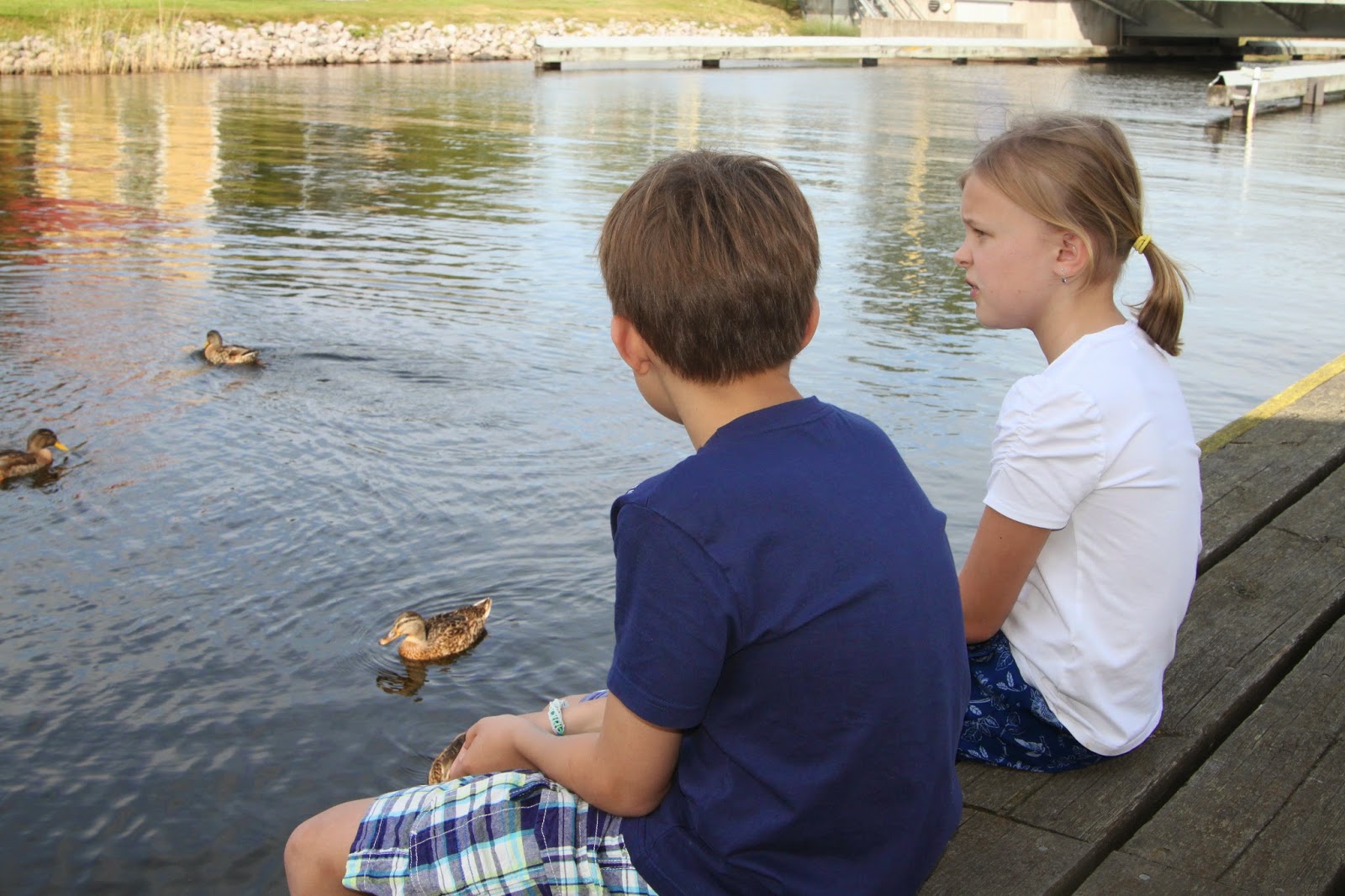 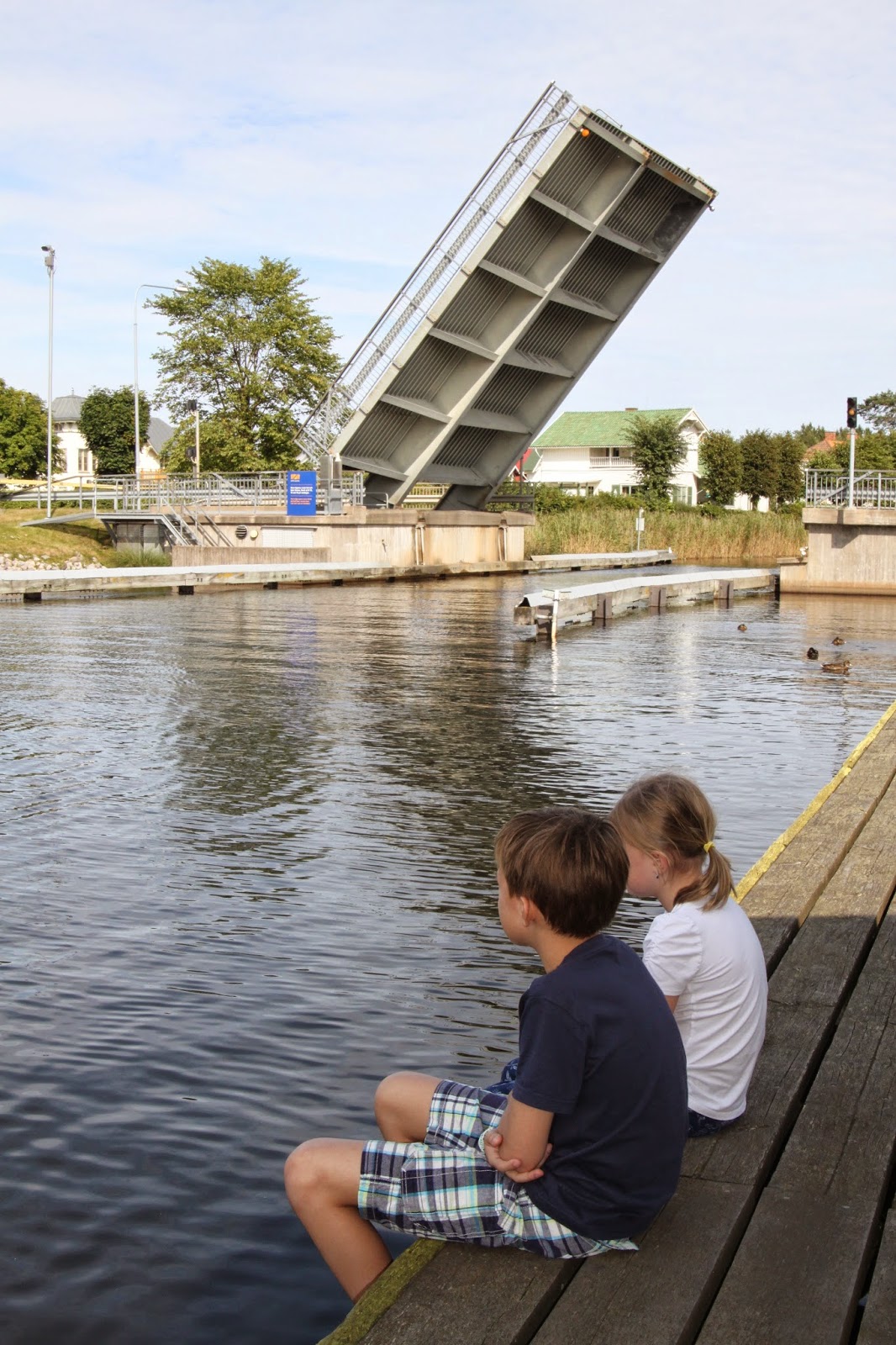 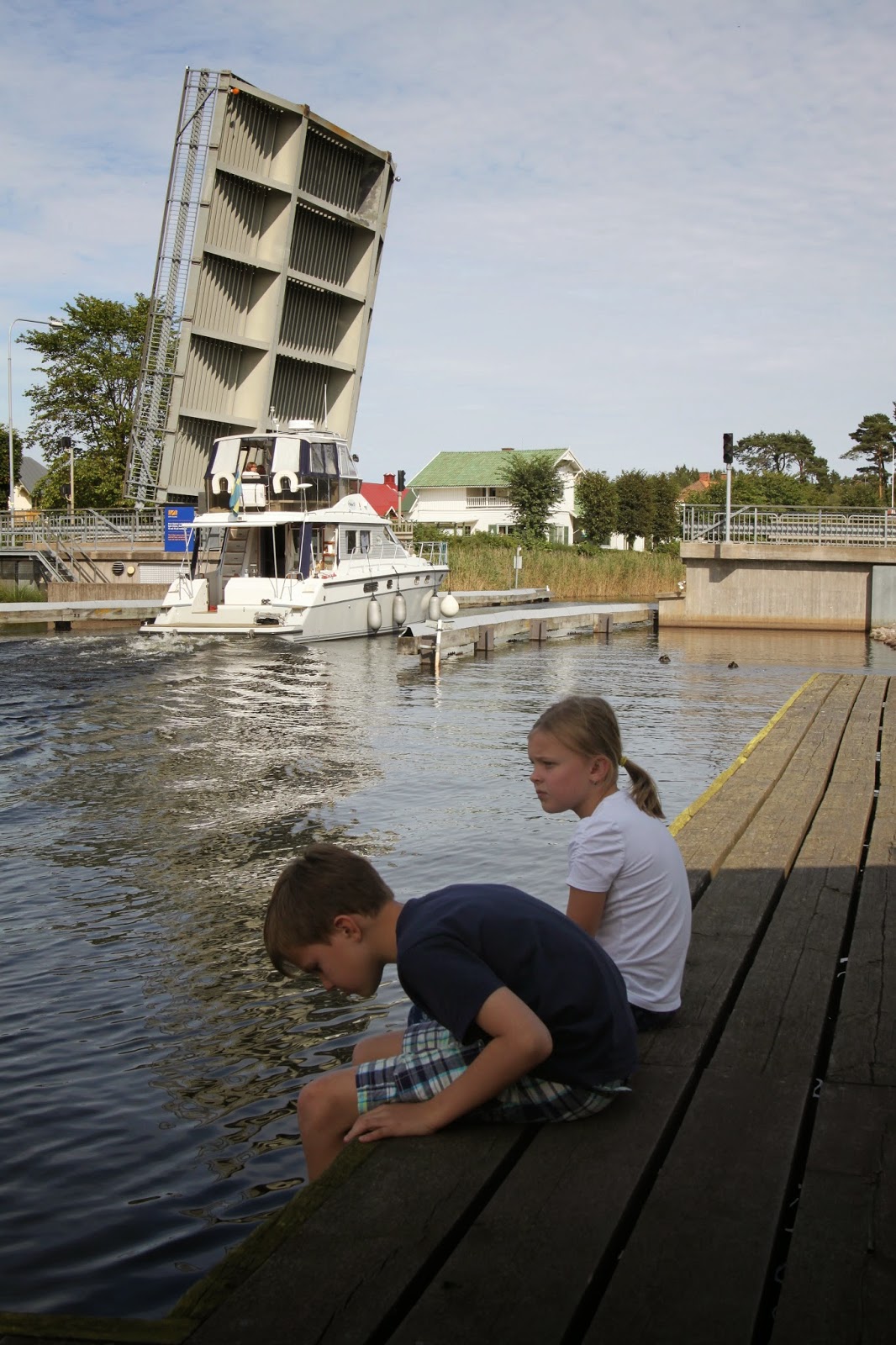 Göta Canal was inaugurated in 1832 and throughout the 19th century it continued to be a very important route for both goods and passengers. However it never achieved the long term importance that Baltzar von Platen had expected as the railways and later the road traffic took over its role.

Today, it has become one of Sweden's most popular and well known tourist attractions. About 9000 pleasure boats sail through the canal each year, but you can also take a cruise on board one of the many passenger boats. It takes about 5-7 days to travel the length of the canal in high season. 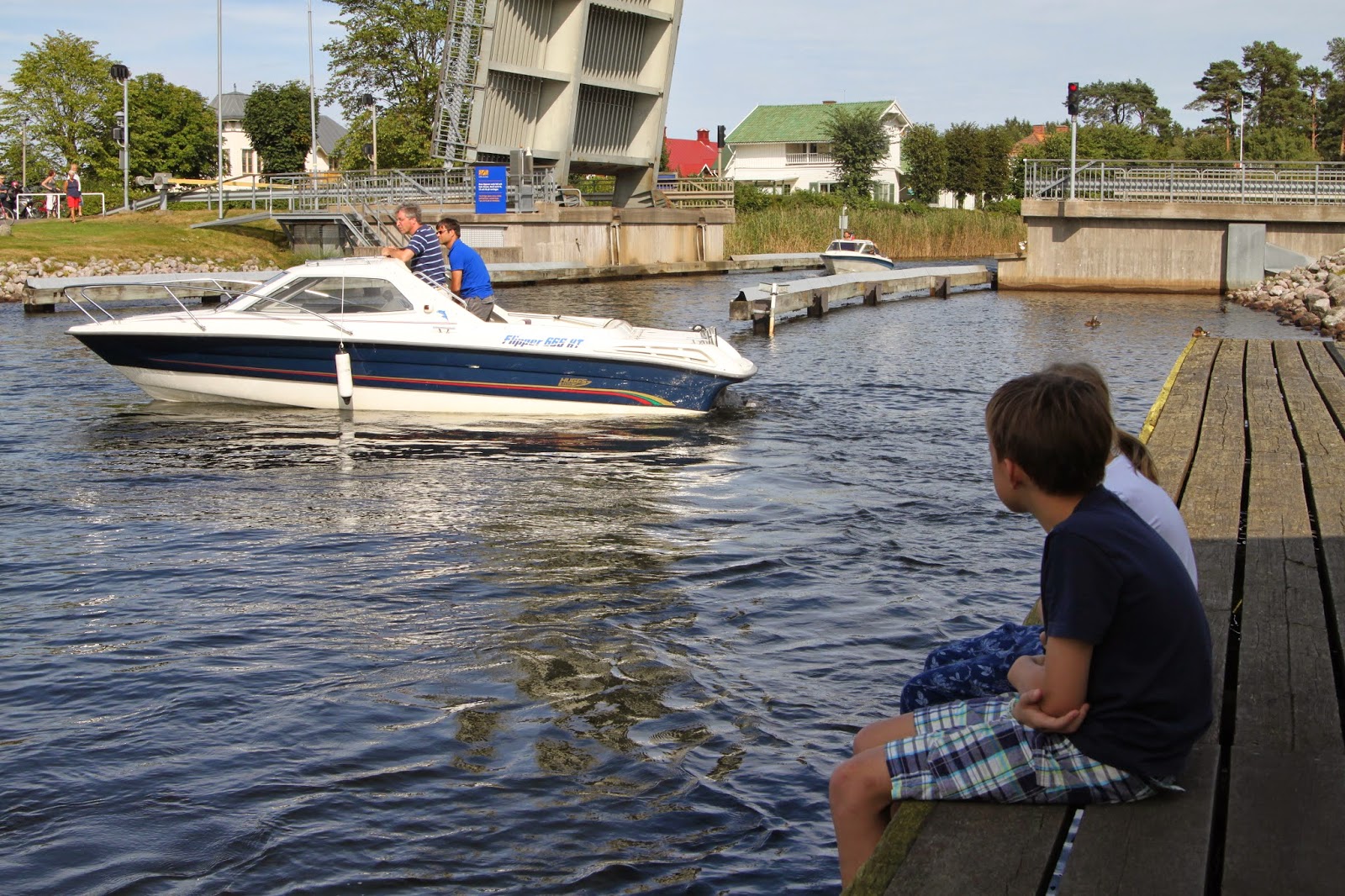