Ok, so next on my shopping list was a new stand mixer. I had planned on getting a traditional Swedish Ankarsrum while in Sweden this summer. A newer model of the one I had, that was my Grandmother's, but in the end, that didn't happen.
I couldn't figure out how I was going to pack it safely to lug it back here, and I also didn't think I was going to have the extra 10 kg allowance needed left, by the end of the summer... So I had to scrap that idea, and decided to get one here.

I chose to get a KitchenAid machine instead. I have always liked that they are colourful and fun, and look good on your counter top. Also it's such a well known brand and well functioning machine, the KitchenAid design have been basically the same since the 1930s.
I got myself one in Apple Green, isn't it pretty? 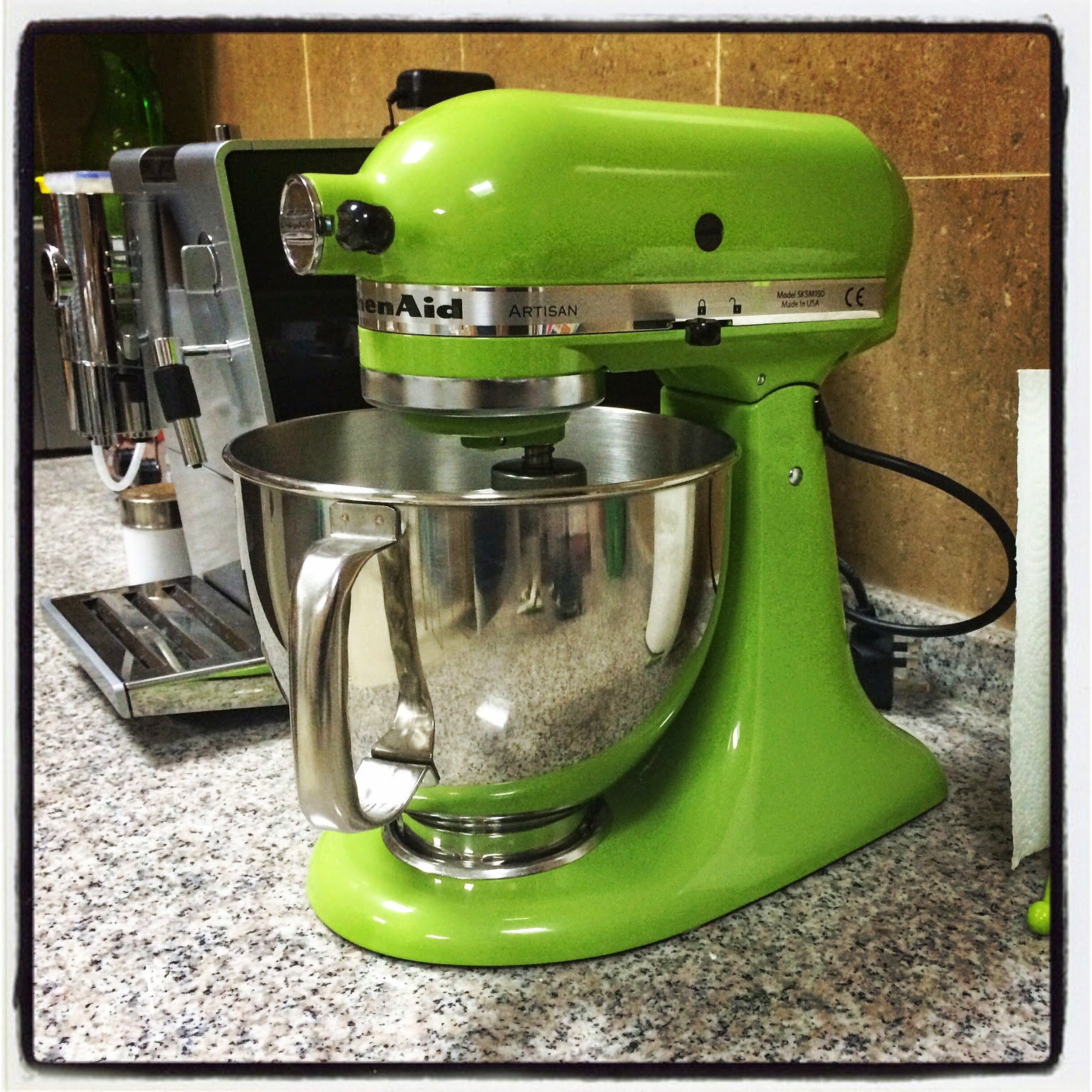 Today it was time to give it a first spin. As we got the ice cream attachment in the "Special Offer", we decided to try and make ice cream! Of course, the ice cream mixture is still in the freezer so we wont know if we succeeded until tomorrow. 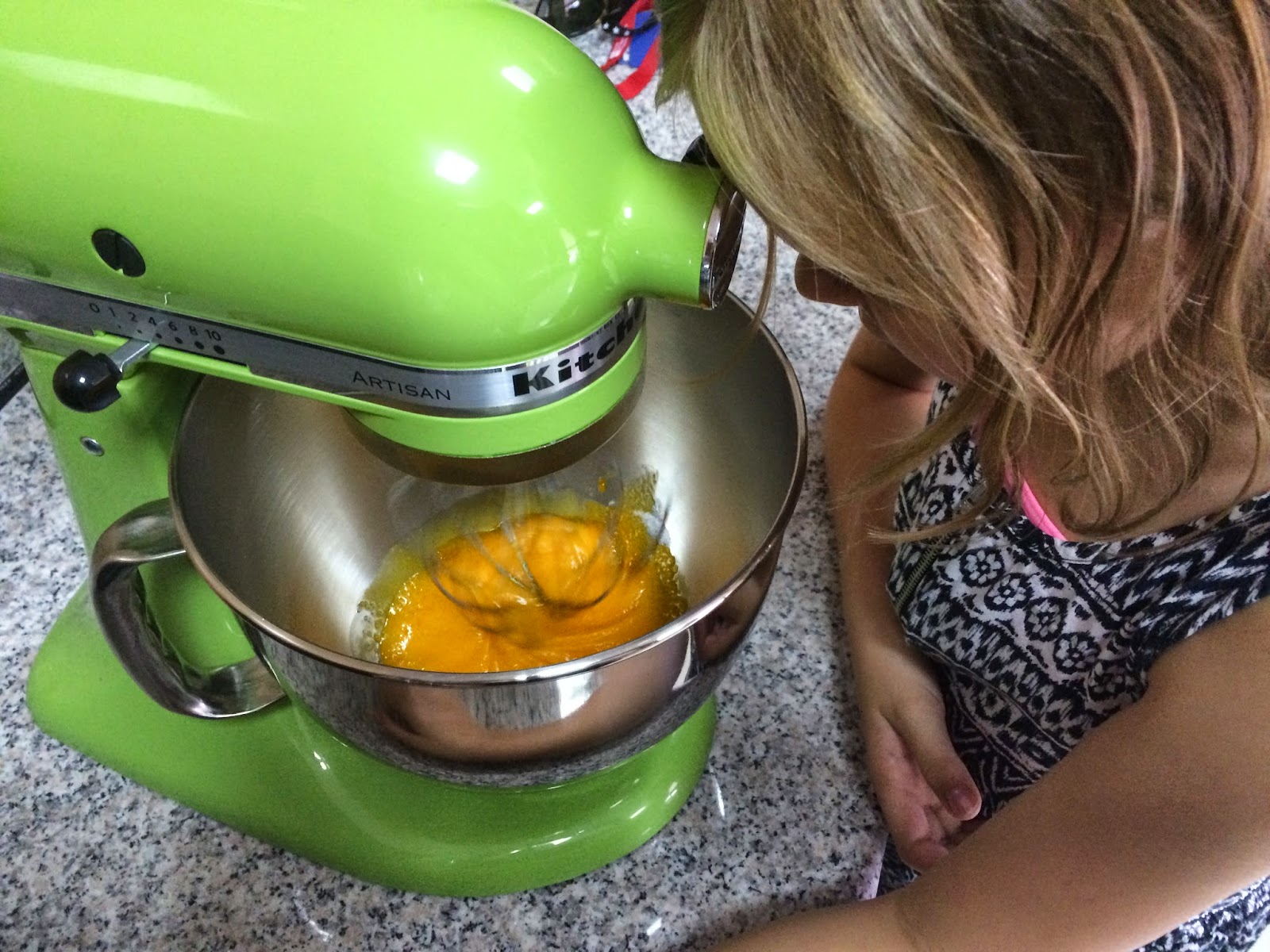 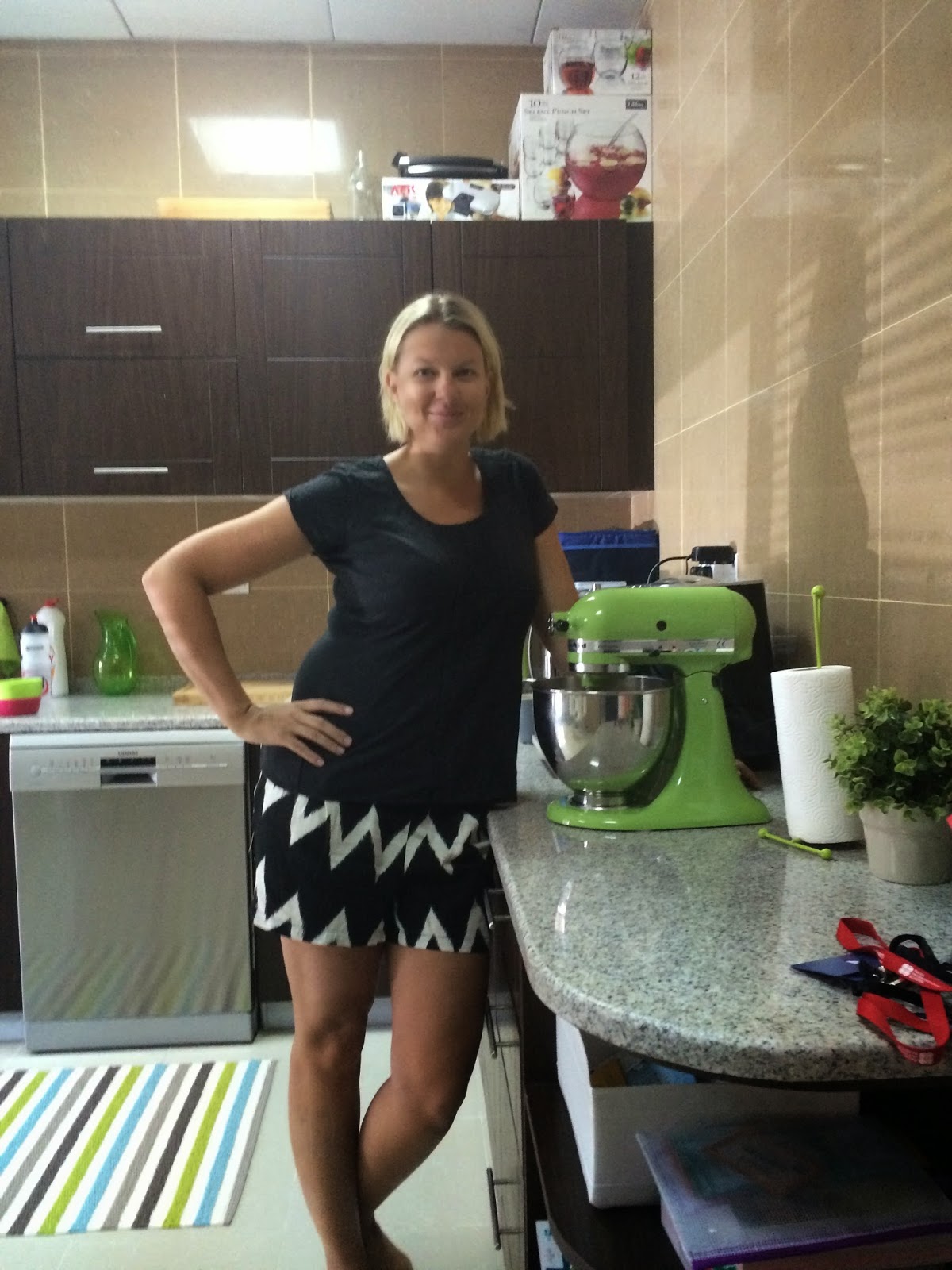 Then I totally channeled Martha Stewart, when I figured I could use the left-over egg whites to make something else - a Pavlova! 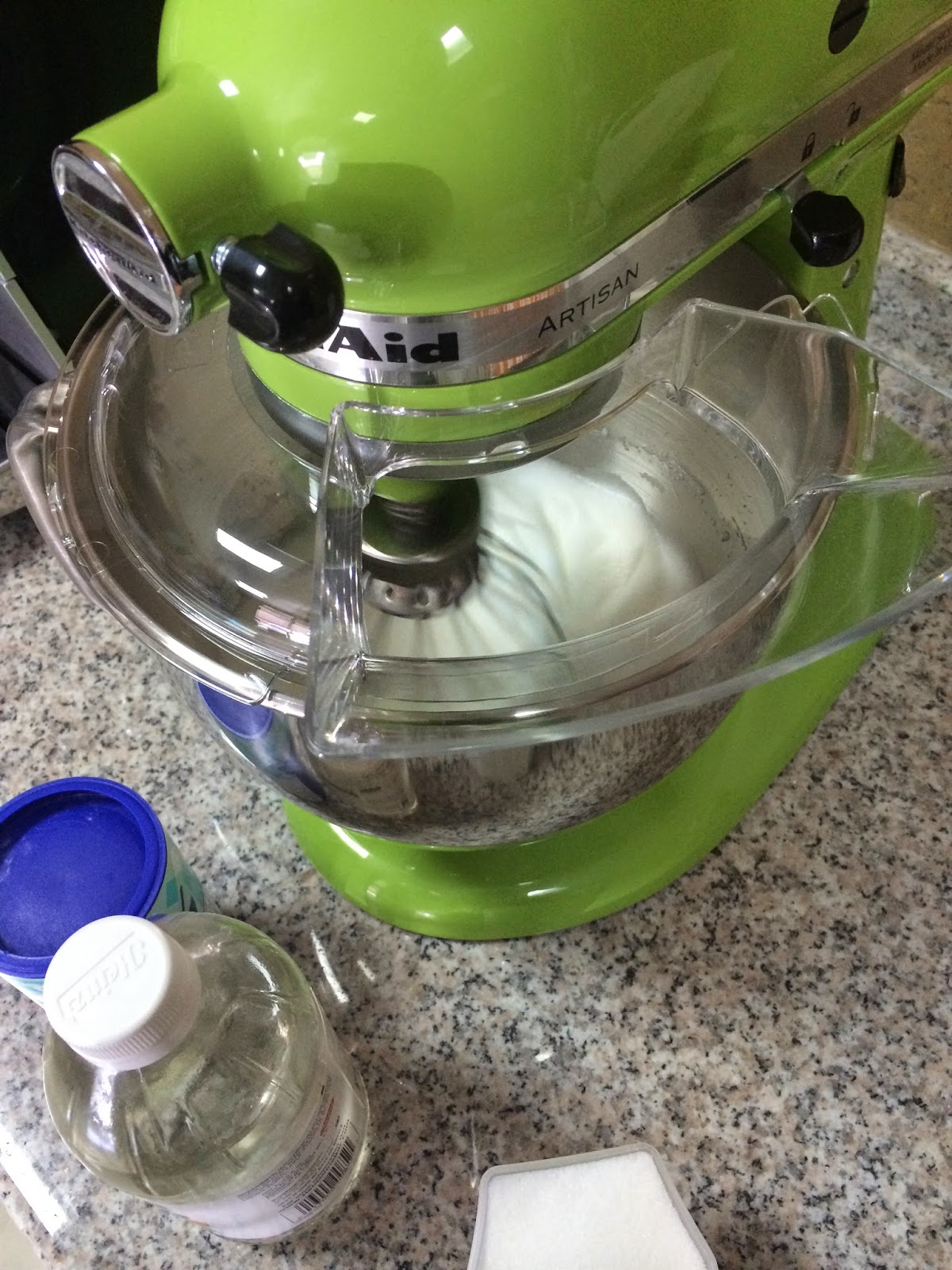 Here's the end result - and yes, it was just as good as it looks! My second Pavlova ever! 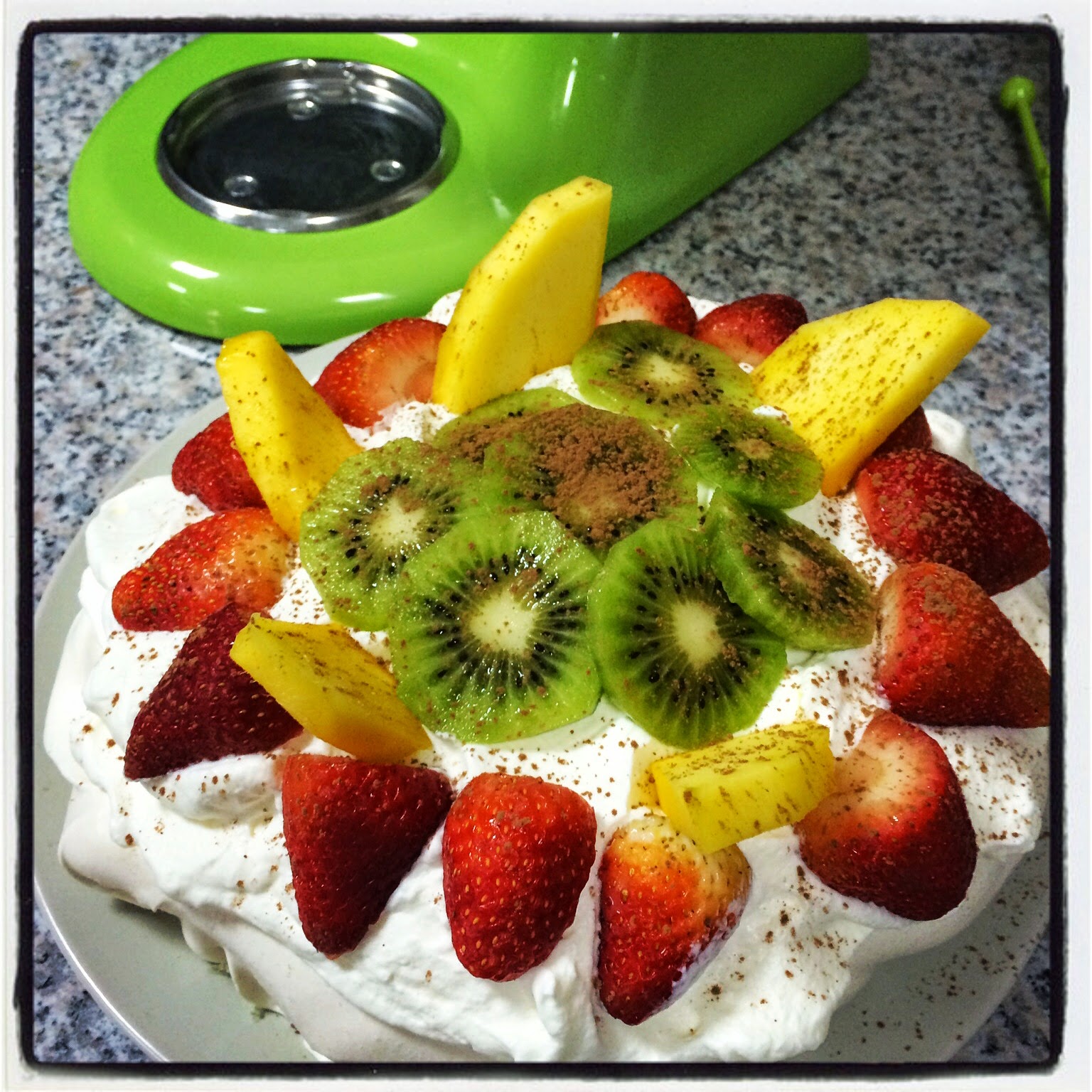 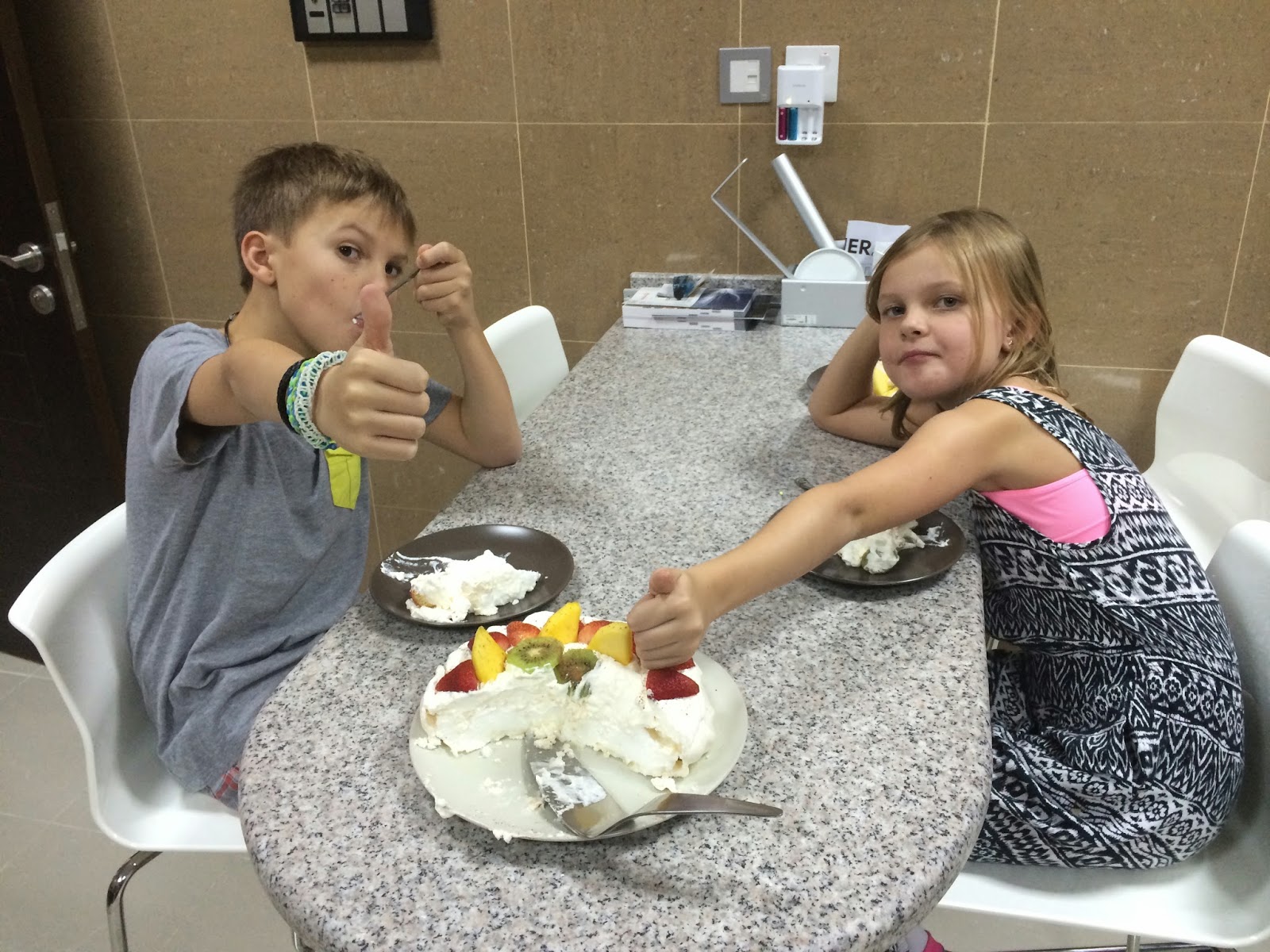