We enjoyed the beautiful weather by going for an excursion up Kinnekulle today. It was a bit in two parts, the first involved some fika, and a visit to Husaby Church. 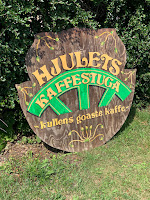 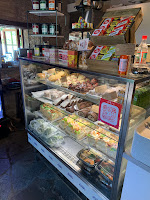 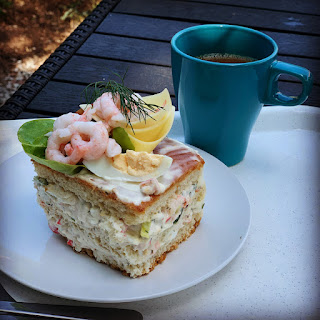 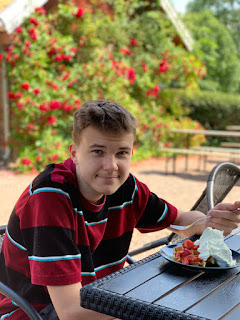 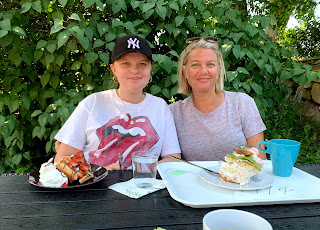 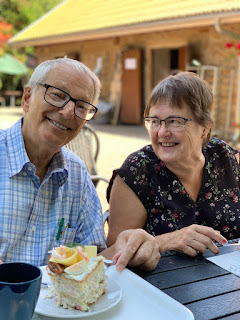 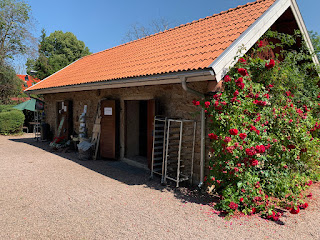 We went to see Husaby Church a few years ago, but never went inside. So today we did, as it is a rather special church. The oldest part is the tower with the two stairwells, built about 1100. The other parts are thought to have been built in stages during the first half of the 12th century. In older periods it was regarded as a part of Olof Skötkonung's - the first Christian king of Sweden - stronghold. 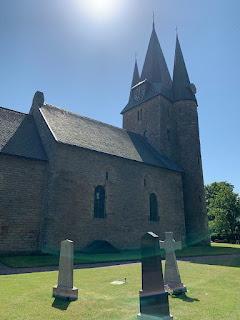 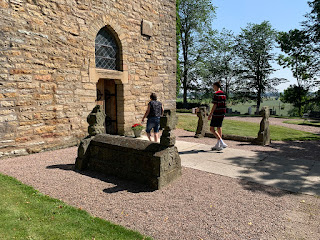 During the 15th century, arch vaulting was built and provided with paintings. 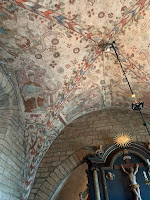 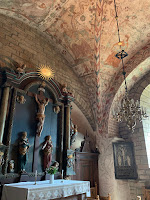 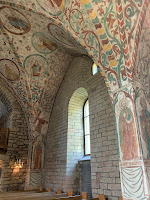 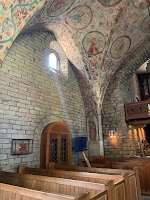 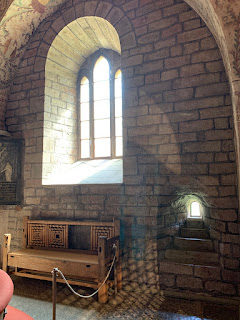 One of the oldest objects in the church is the baptismal sandstone font, from the early 13th century. 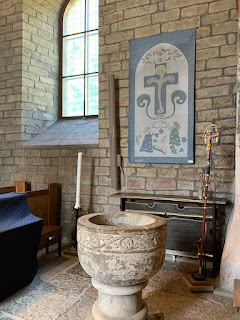 We lit a couple of candles for Grandma and Granddad. 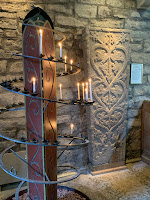 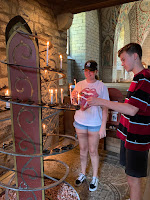 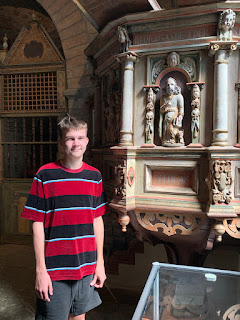