Mormor had been wanting to take us out to a rather special place called Lasses Grotta (=Lasse's Cave) all summer. I had seen that they were doing guided walks of it, so we timed our visit with one of those, of course.

Well, they had already done two guided walks, this was the third - and we hit the visitors record! It was us four - and one other person there, ha ha! (The first walk there had been one visitor, the second none because it had been raining...) So the "guide" (well, he was more of a history enthusiast) was really happy to see ALL of us!

We started in the coffee shop with a bit of history about the surrounding area. Husaby Church is really pretty. 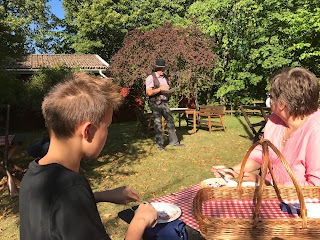 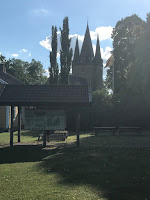 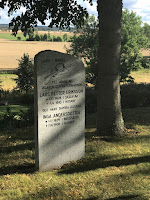 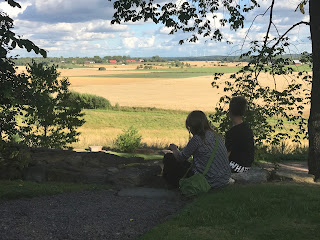 Then we did the short walk up to the cave itself.
The story about Lasse is quite astounding. He built this cave cottage at the start of the 1880s, and lived there with his wife Inga for nearly 30 years, until 1910. They grew vegetables and made wicker baskets for sale. Inga also sewed and Lasse hunted (or poached...) to complete their housekeeping. Apparently Lasse was a legend as a hunter in his own lifetime. 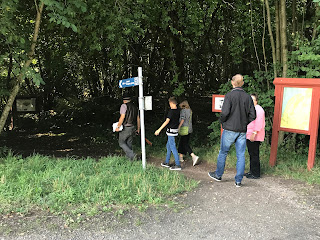 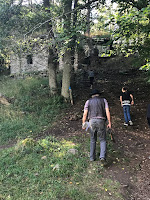 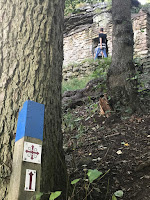 This really is one of the more remarkable sights around here! Hard to imagine that Lasse and Inga voluntarily chose to live here back in the day, it was cramped and must have been really damp. 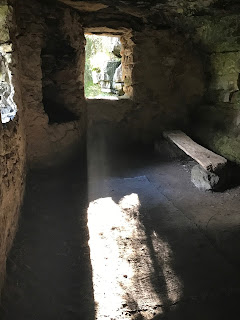 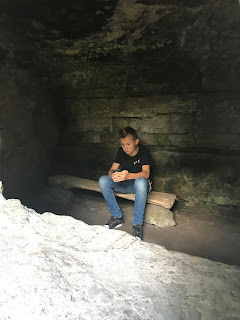 After the passing of Lasse, the cave was plundered and vandalised, but it has been restored in later year so that visitors can get an idea about the life of Lasse. 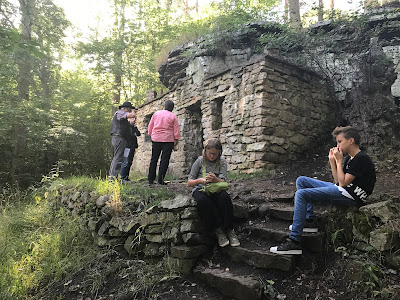