The days are passing by in the usual sleepy way here in Skara. We are enjoying our holidays by going for long walks and enjoying our favourite Swedish food, mostly. I have already been for a bike ride and will give the kids’ bikes some love too so they can some along.

Yesterday we did a small excursion to Lidköping, did a quick browse around the shops and had fika at the famous Rådhuscafé. Kids had princess cake, of course. One of many musts during the summer. 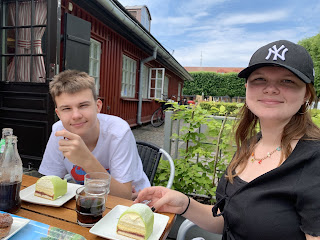 Then the kids and I joined a guided walked city tour, which also was dramatised. Such a nice idea! 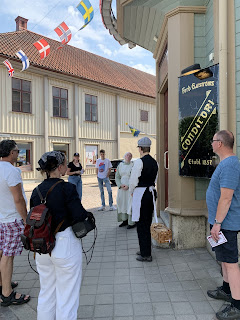 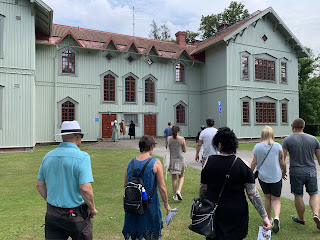 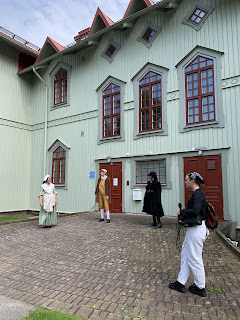 We walked through the city center and stopped in different places to be shown scenes from the lives of some of the people that have played an important role in the history of Lidköping. 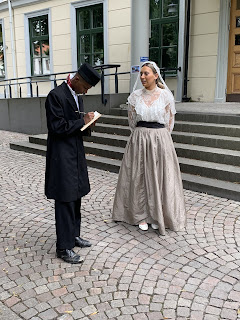 The guide connected all the stories for us, and it was a rather lovely hour walk around town. 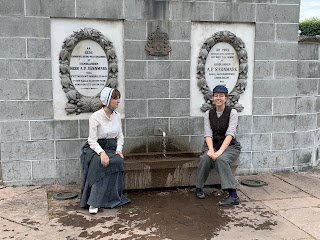 Lidköping is such a beautiful city, along the Lidan river. 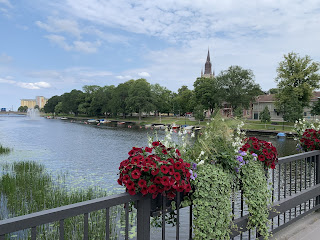 This year they also had an open-air art exhibition in the city gardens and along the Lidan. We spotted only a couple of the artwork, both banana themed for some reason. 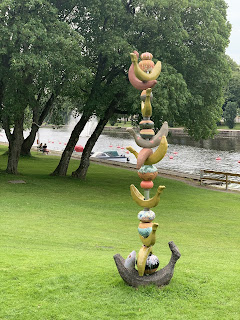 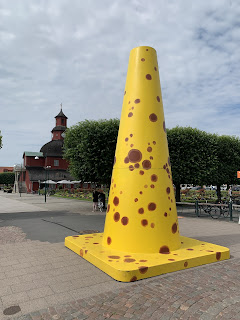