We have arrived in the green! And I have decided to give the blogging on-the-go a chance this summer anyway. Let’s see how it goes.
It was a rather long trip this time, maybe because we actually spent more hours in the airports than in the airplanes! 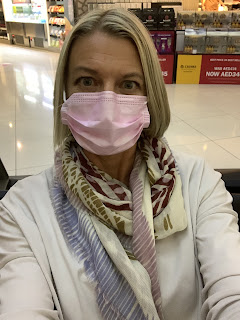 As Nathan had to get up early to go to work the day after we left, and we really wanted a lift to the airport rather than have to take two taxis, we ended up at Abu Dhabi airport THREE hours before our flight. We were the only ones in the BC check-in area, and were done and through immigration and security in less than 10 minutes. Then we waited. Our flight was in the middle of the night, a 02.25 departure, zzzzz.
I had to order myself a Sidehustle beer, just to take photos of it! Imagine, we have OUR beer - on the national airline! So so cool! 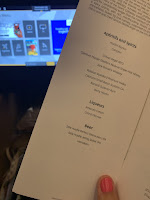 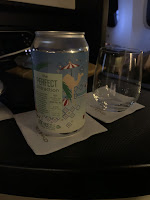 In Frankfurt we had a 5,5 hour transit. Such a boring airport, argh, but we found a quiet table away from the crowds and passed time with some pretzel eating, people watching - and our devices.
At least both the flights went well, and we arrived GOT to be greeted by Mormor and Morfar. We made a quick stop at Max of course on the way home to their house, had to get our fix straight away. 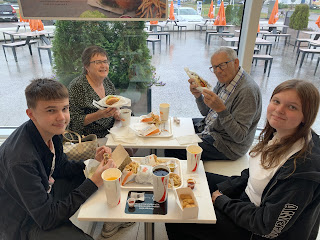 We also had to check how much the kids had grown, straight away. Just a bit..! 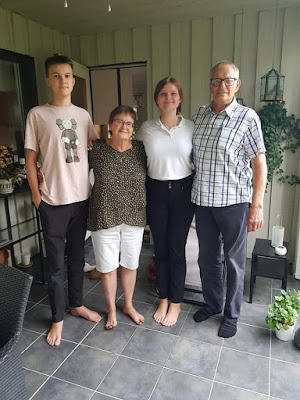 I went for a walk already that evening, even though it was windy and grey, and slightly raining. I just had to get out and enjoy all the smells, the green, and the fresh air..! It’s the little things. 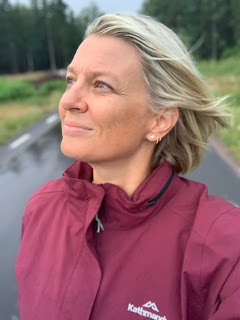