We certainly made the most out of our few days together and started our Sunday with a visit to Örebro Castle. 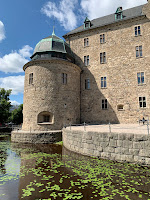 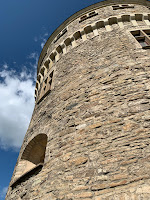 First we joined a guided tour, which was held outside - very Covid-friendly - and rather good. Sometimes I get so caught up in observing the guiding skills, or lack thereof, of the guide that I don't listen to what they actually say, but this girl was very good so I really enjoyed the tour. 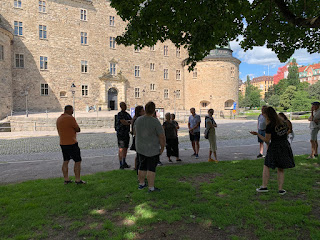 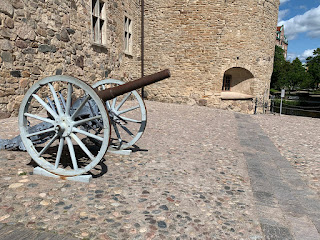 Örebro Castle is beautifully situated on a small island in the river which runs through town. It started as a medieval fortified castle, with the oldest parts being from the 13th century. It was further expanded during the following centuries, especially during the royal Vasa family reign, and finally reconstructed around 1900. Many important historical events have taken part here. 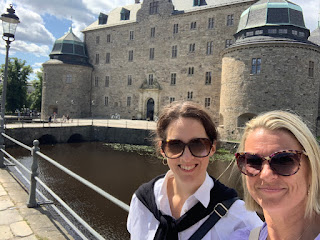 After the tour of the outside, we went inside to explore inside of the castle and the current exhibitions on our own. 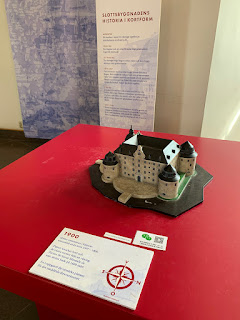 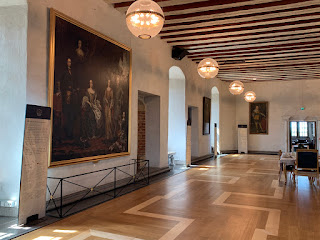 We spent some time discussing the portraits and paintings. 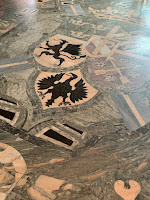 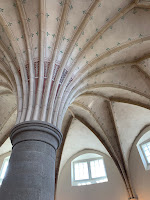 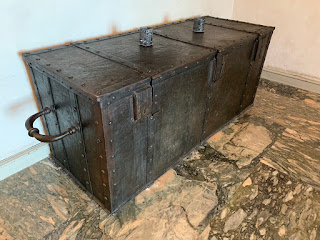 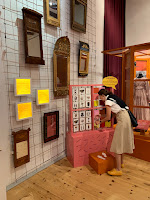 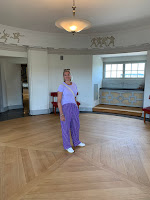 They also had a beautiful exhibition about eight of the Swedish queens, inspired by a recent Swedish TV-production titled 'Drottningarna' (=the Queens). All the costumes used in the series, some of the props and a lot of information was displayed. I hadn't seen this TV-series, but still enjoyed the exhibit. 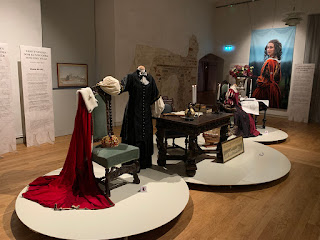 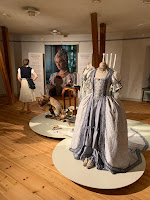 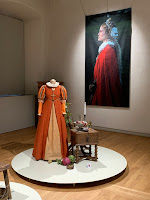 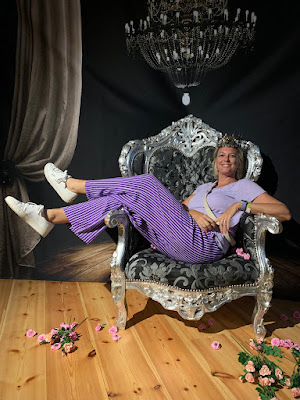