Thomas and Nathan finished off their big weekend with spending most of Sunday at the Yas Marina Circuit. First they watched the GP2 race and then of course the main event.

It started after a fly-by by one of the three Etihad planes that had been painted especially for the occasion, this one was an Airbus 340: 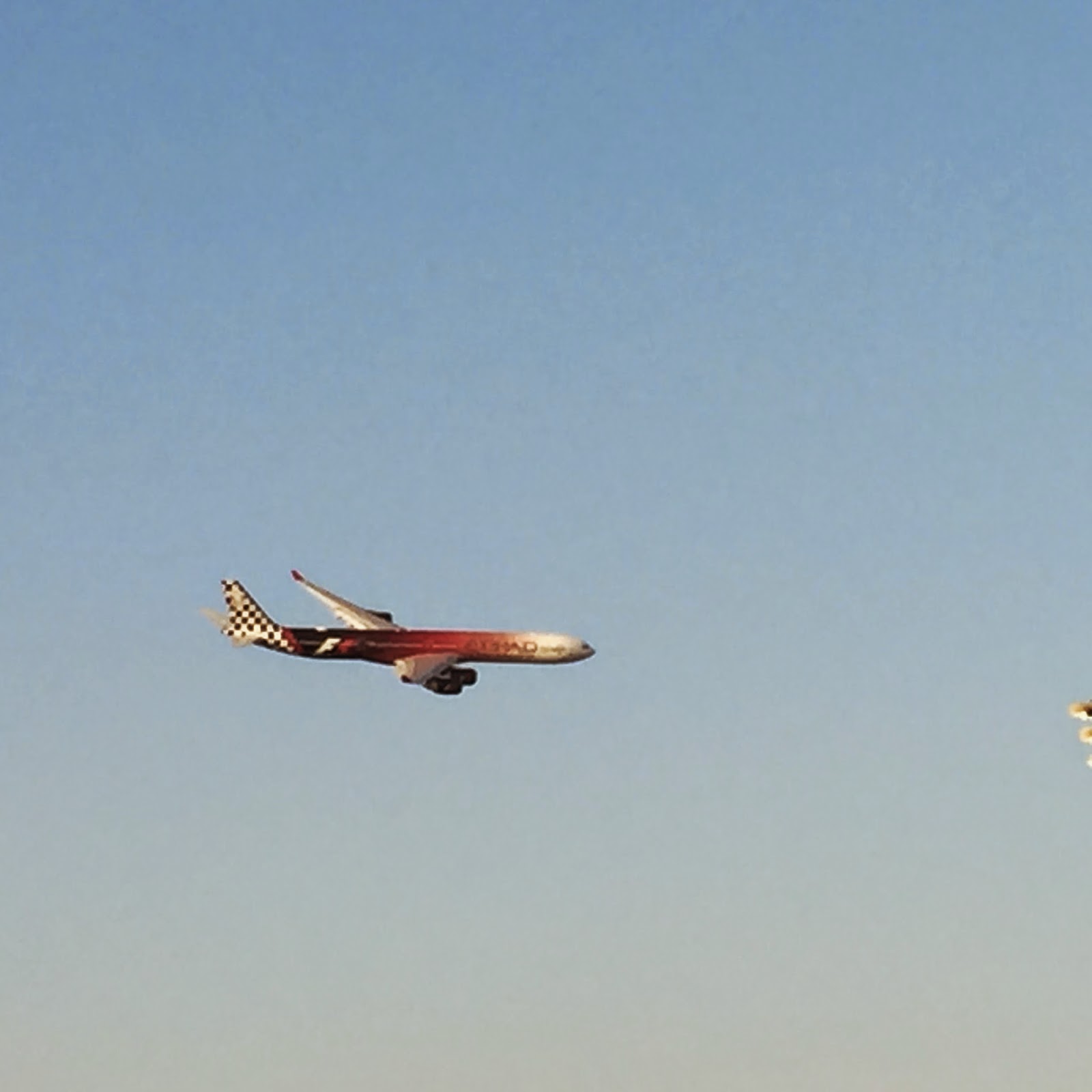 Even though it could've been a bit of a thriller, with Nico Rosberg starting on pole position, Lewis Hamilton claimed his second world title after winning this race. He overtook Rosberg already before the first turn and later Rosberg suffered a series of mechanical problems only to end up in 14th place.
Still, quite an experience to be there and see it all live - here are the fireworks at the victory lap:

After the race, it was time for the last concert, with The Who. The boys were right up front in the 'Golden Circle'! 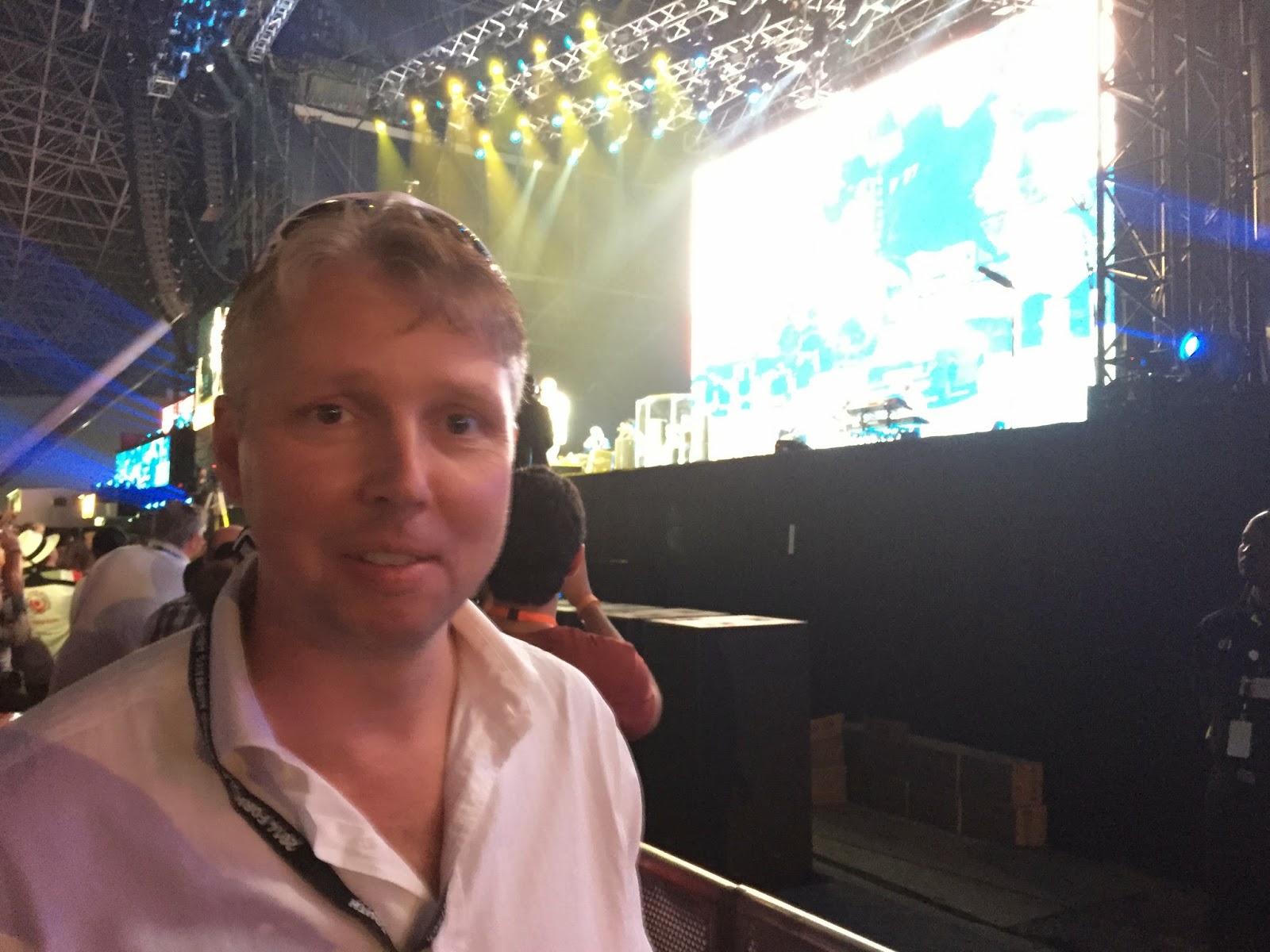 Even though this band has been around for a while (it formed 1964, the members are all in their 70s!!!), apparently they rocked it out. Nathan was surprised to recognize all the CSI theme tunes amongst their hits..!

What a big weekend.
Unfortunately it ended with heavy fog all through the night that delayed Thomas' flight out of here this morning with over 6 hours... Boo.
Posted by MrsW at 19:22