Day 269, Sunday 29 November. 1st of Advent
First of Advent, and Nathan is already sick of Christmas music... ha ha. I was supposed to study today but I was totally in Christmas mood, so I spent the day making glögg and baking lussebullar instead! Om nom nom! I don't have a go-to recipe, every time is different. These actually probably were the best lussebullar I've made, really big and fluffy! 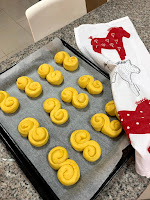 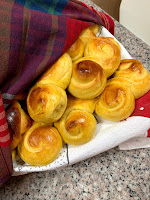 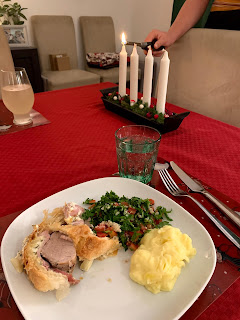 Day 270, Monday 30 November
Nathan and I spent the morning at the padel court with some friends. There was five of us, so we took turns playing, and it was so much fun, again! I think this will be our new thing! Nathan has already ordered himself his own racket, of course. I am married to Gadget Boy. 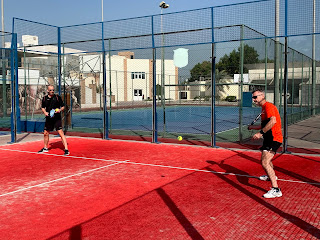 Linnea had a math test in the afternoon (after school hours?) and as soon as she was done we shot off into the city for a bit of a staycation. As Nathan is on leave and the kids are off from school, we had to make the best of it!
We ended our afternoon going for a walk exploring the new area in Hudayiryat Island before going back to the hotel for dinner at the Belgian Beer Café, one of our favourites.

Day 271, Tuesday 1 December
Today was spent by the pool, in the pool, on the beach, in the water, in the sun... aaahhh! Lush!
Dinner was enjoyed at the Asian restaurant at the hotel. A new one for us, but so good - we will be back!

Day 272, Wednesday 2 December. UAE National Day
We spent the morning in the sun at the hotel beach club again, and I had my Uni lecture in the poolside restaurant. There had been announced a fly-by by the Al Fursan Aerobatic team in the afternoon, and we placed ourselves on the grass outside the hotel and waited for them to pass - but we were fooled. It apparently was canceled last minute.
A quick stop at the Decathlon sports shop on the way home - and straight back into Christmas mood when we got home turning all the lights on and having hot chocolate while watching a Christmas movie!

Day 273, Thursday 3 December
We continued to torture the kids today, with an early wake-up for a trip to the padel court. Family padel! We wanted to start them off with the coach but it was his off-day today. Hopefully next time we can manage to book him. Guess the kids will listen better to his advice than Mummy and Daddy harping on... 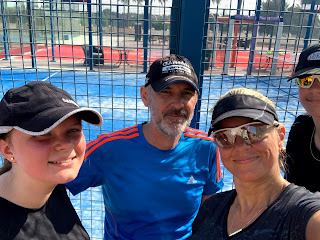 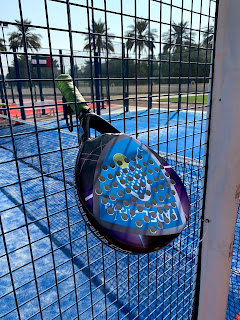 We are all quite happy being home again and then just mooched around all day, "Borta bra men hemma bäst!"

Day 274, Friday 4 December
Linnea and I did another mall run today, as I managed to drop my phone so the screen cracked while by the pool the other day. I had to get a new screen fitted asap as the shattering was exactly where I drag the finger to open the screen so I kept cutting myself. Turned out it was only the screen protector, phew! Easier (and cheaper!) fix!
We decided to be those people this year and get some Christmas decorations for the 'Beast' as well! Ha ha, now Lucas doesn't want me to drive him to school anymore! 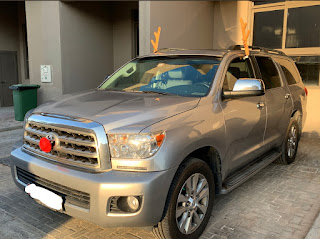 Day 275, Saturday 5 December
Today I just wanted to be home. I had a lot of study to catch up on, Linnea had a massive gingerbread cookie dough to deal with. Nathan went for a bike ride early in the morning and Lucas - well, he came out of his room to feed a few times, ha ha. Fish cakes and French fries for dinner.
Tomorrow we start the last week of school for this term, and this year. Good riddance.
Posted by MrsW at 16:44