Thursday night after rugby training it was time once again for a football game. We've seen two other Swedish football games, and even Erika have been before as it coincided with her visit last year as well. 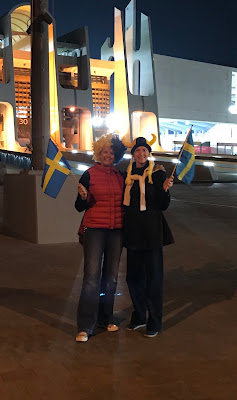 This year we looked forward to a more entertaining game, as the opponents this time was going to be Denmark. It was the two U21 National Teams playing. 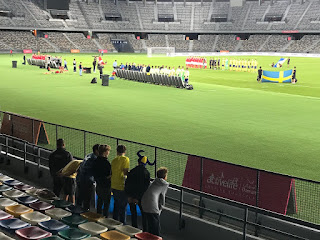 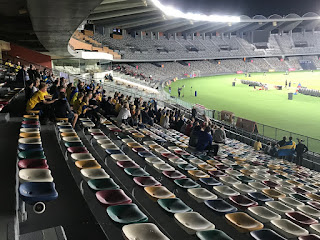 Unfortunately the game was dead boring. Although we really did our best to keep our spirits up on the grandstands not much happened on the pitch. At least the Swedish fans were far louder than the Danish ones! 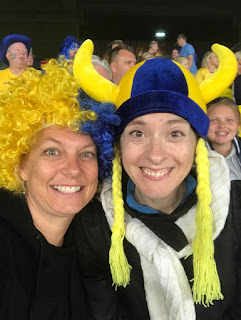 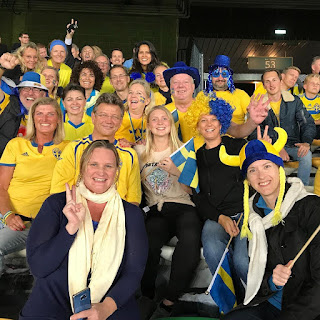 Luckily Sweden scored 1-0 in the very last 15 seconds of the game, so we could walk away with a win. Phew! 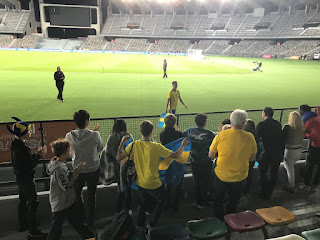