We wanted to do Göteborg a bit this time, since it had been a really long time. I realised I had actually never done Universeum, which is Scandinavia's biggest science center. It wasn't built when I was a kid myself, and during our previous visits to Göteborg we've mostly done Liseberg.
So, we set off for a day at Universeum!

First we went for the tram, which was an adventure in itself! Still Pokemon hunting. 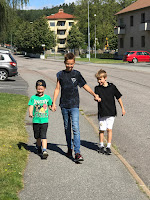 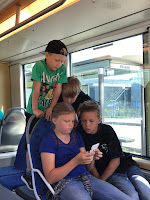 It was a very sunny, lovely day so we were lucky that most people were outside enjoying the good weather instead of going to Universeum. Yes, it was still prime holiday time, but there was actually not too many people. 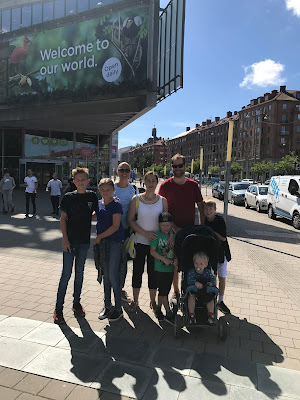 Universeum is divided into sex different sections, each containing workshops and a collection of reptiles, fish and insects. We started out by taking the elevator up to the top where we could walk on "Vattnets Väg" (=Water's Way). The walk would take you on a journey from north to south, using the water to guide you. 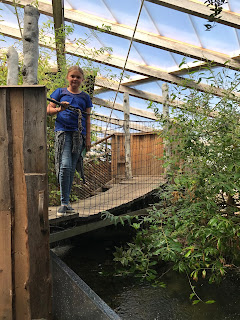 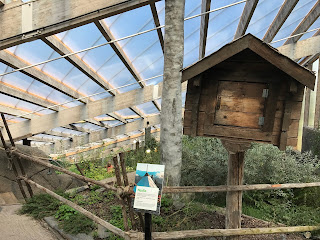 The most common trees in Sweden: 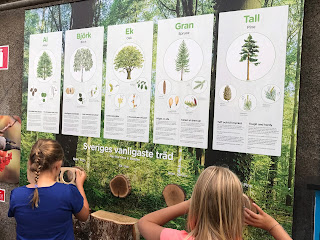 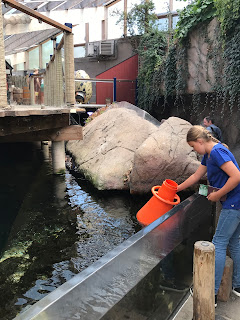 Throughout the day there was a lot of activities going on in the center. Here for example, they were busy guessing the poop of different animals. The participant with the most correct answers became "Poop Master", ha ha! 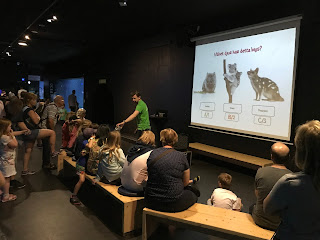 I was really keen on trying the scheduled guessing game of "Who's willy or 'wa-wa' is this..?", but unfortunately we had already left the center by the time this was going to happen. :D 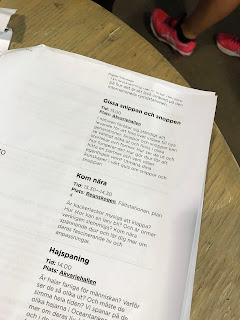 We then reached the Ocean Zone. Really cool..! This was the ray tank: 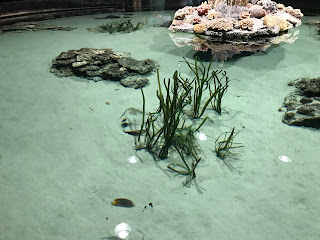 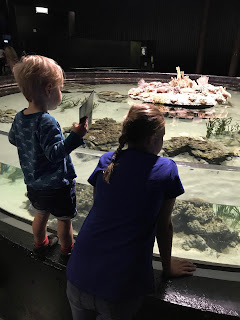 The famous Universeum Megalodon! By the time we reached this we had lost all the kids somewhere in the exhibitions, so Anna-Karin and I had to pose ourselves with this giant prehistoric shark. 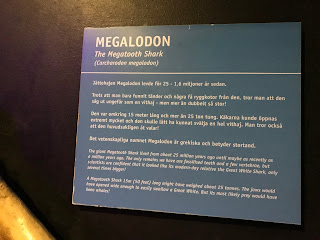 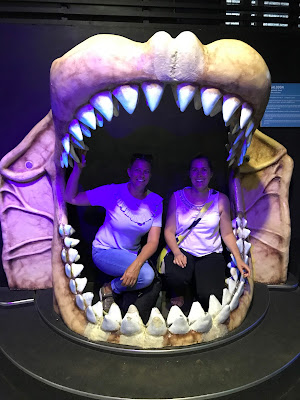 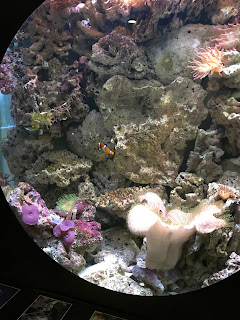 The aquariums here are among the biggest in the world, and contained several hundred different species of fish. We just sat there for the longest time and admired all the colourful and funny fish. 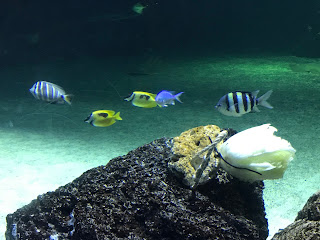 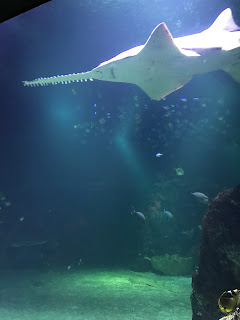 In the 'Deadly Beauties' room, an exhibition with venomous snakes and spiders. We were right in time for a live demo! 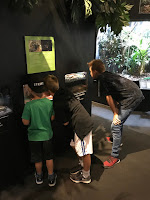 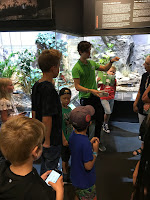 Lunch on the rooftop in the glorious weather. Such a great setting! 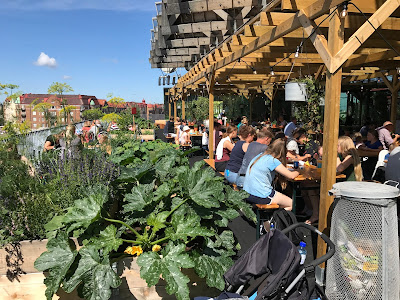 After we had fueled up it was time to hit the Rainforest. Oh it was hot and humid! We had almost forgot how it feels in the jungle..! There was a lot to explore and discover on and around the tall kapok tree, thanks to its many suspension bridges, such fabulous views. 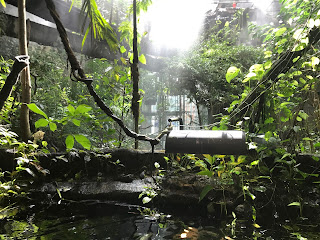 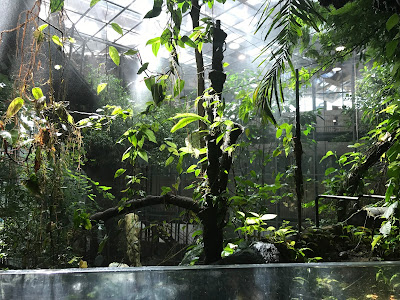 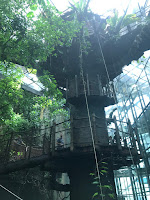 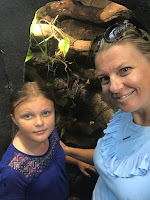 Next we reached the Space exhibit, which was great as it was very hands-on. The kids could try many different experiments and find out what it's like to live in space. There was large models of real space pods etc. 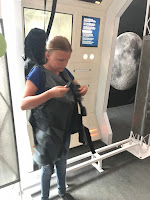 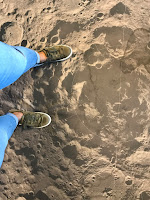 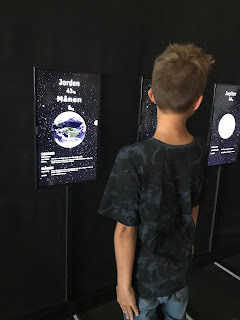 Another fun exhibit was the 'Health' one, with several stations with different physical challenges. 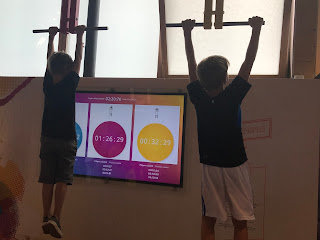 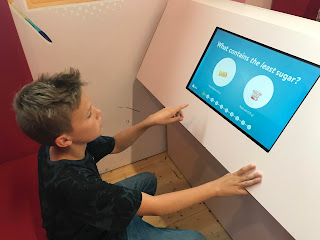 We also got stuck for a very long time in the 'Teknoteket', where the kids got busy building a huge house with the mega blocks. It was awesome, they made a full size house - and then thoroughly enjoyed tearing it down of course!

Such a great visit - we will be back here for sure, so much to see and do; and with new themes and activities throughout the year there is always something new!
Posted by MrsW at 20:55