Uncle Thomas is here and on Friday afternoon we had been invited along to the Du Forum Oktoberfest by our German friends from our compound. 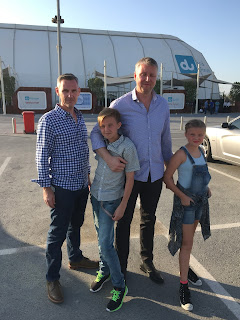 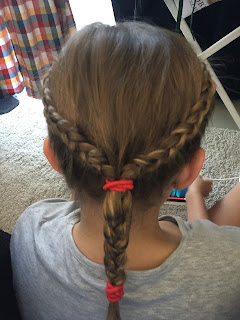 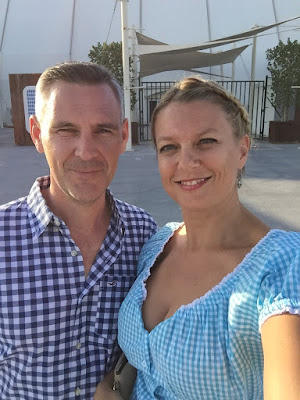 I had never been to an Oktoberfest, neither here nor in Germany - so we thought why not! Karin lent me a traditional Bavarian blouse and I did my best braiding Linnea's and my hair German style, and off we went! 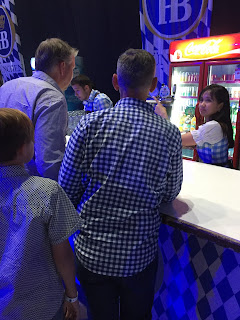 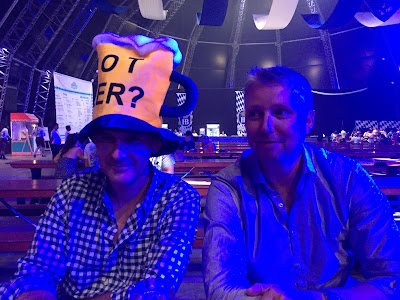 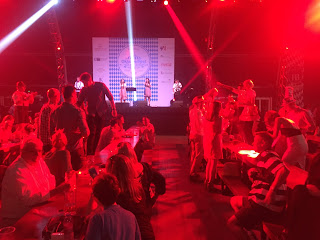 Kids were allowed until 10pm, and until then they could take part in games, dances and competitions  on stage. Lucas did the Musical Chairs game, and won us a voucher for a free Friday Brunch! Well done son! 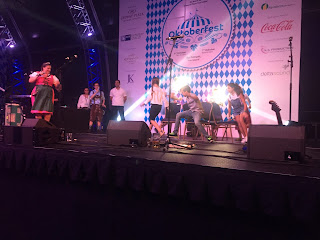 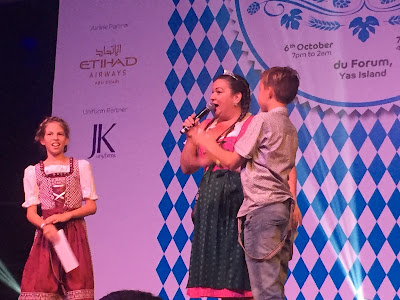 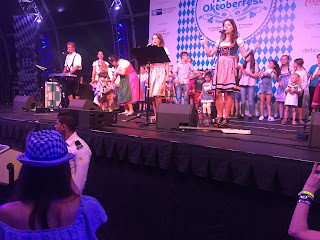 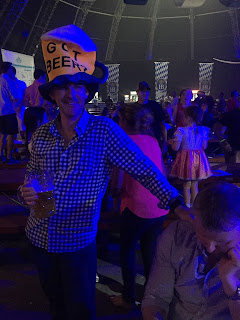 There was a live band, lots of beer stands and German food and the atmosphere was really good. People were singing and dancing and being merry and happy. 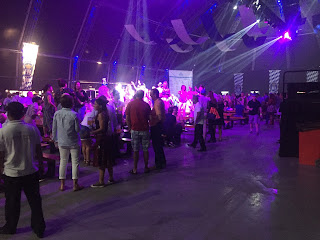 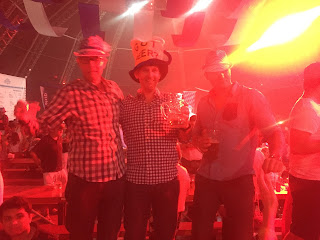 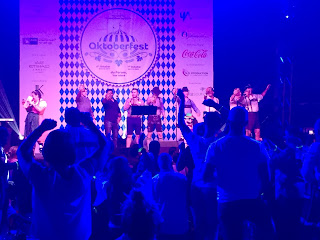 Alex and Lucas found their own fun, apparently the Du Forum had plenty of Pokémon to hunt down! 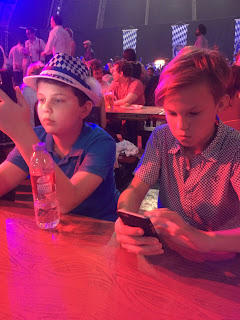 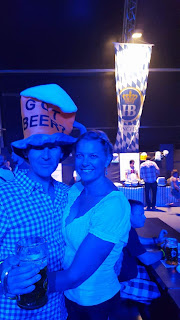 I took the kids home at 10 pm, and the big boys were home not long after. It was a fun night, my very first Oktoberfest!
Posted by MrsW at 18:47