Finally it was birthday morning for the little one! However not so little anymore - 11!
Nathan was flying, and since her birthday was on a Friday, we had decided we would come and "wake her up" (she always wakes up first) at 7 am.
Although she already came in at about 3 am to see what time it was, and at 5.15 because she was awake and asked if we could get up... and finally (after having been growled at the other two times) she sent me a text at 6.10 and asked if we could do the waking up now at least... Zzzzzz... ok... 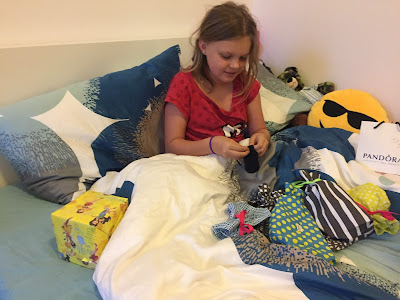 She got very spoiled, as per usual. There was presents from the grandparents as well as from us. She got some Pandora, some new underwear, a Starbucks mug, some bath bombs from Lush and a piano book... 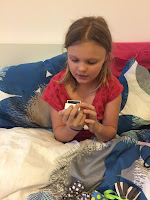 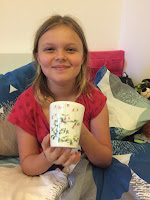 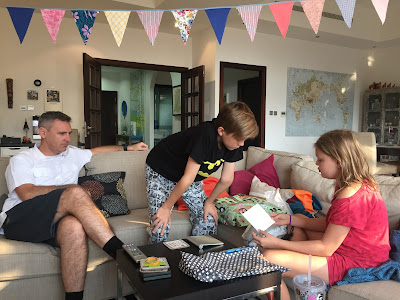 ... she also got a football of her own, and an IKEA computer tray (so she doesn't have to steal Lucas' one). 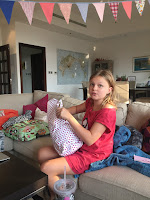 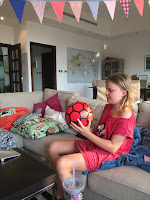 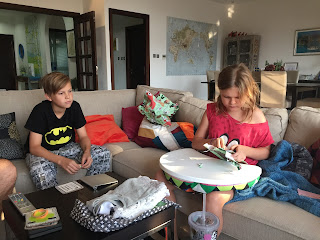 Daddy made it home in time for the second part of the gift opening.
Her big present from us was a new phone (that unfortunately hasn't arrived yet, so didn't impress her much), but she did get a new cover for it from her brother that was pretty cool.
Then she had asked for pancakes for breakfast, so pancakes she got! 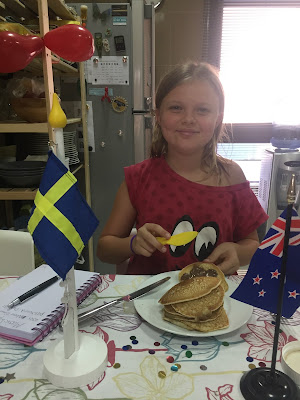