Linnea and the boys

Linnea was invited to a birthday party last Friday, to one of the boys in her class. His Mum did check with me beforehand that she was ok with coming though, as she was the only girl invited. But of course she was not bothered at all - instead she was rather proud I think actually, to be the only girl! (She has also invited three boys to her birthday party this week. I love that they just think that friends are friends, being boys and girls doesn't seem to be an issue, just yet!)

Linnea and the boys were invited to Bounce, the new, huge trampoline park in Marina Mall. 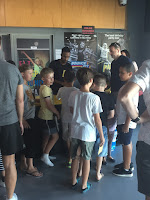 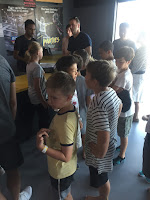 It is absolutely massive, and they had had so much fun. 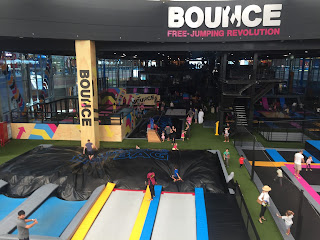 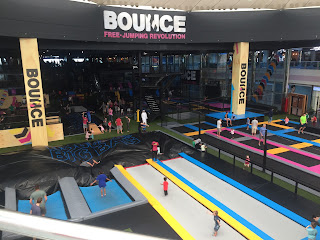 Now we are gearing up for Linnea's party which will be slightly more subdued. We are going to a pottery studio!
Posted by MrsW at 09:44