We've had a rather busy weekend this weekend. Friday Lucas was off to Dubai with his friend Eddy for a rugby game Friday morning. He came home on a complete high as they had done a fantastic game and completely smashed their opponents 51-12. Linnea in her turn was off to Yas Mall for a birthday party for one of her little friends, held at the Cheesecake Factory and at the movies. Later that afternoon her and I went past Pia's for a chat and a play.
Nathan? Well, he's been back at work all weekend after his holiday week with Thomas.

With only two weeks to go before Pia leaves the UAE for good, we wanted to do one last 'Dubai Day' together. Unfortunately we had to bring the kids too as both husbands were at work, but we solved that by checking all four kids into Kidzania!

We both had big jobs to sort at the Gold & Diamond Park, and started out with spending a little over an hour in the morning dealing with our "gold man".
Pia had most of her jewellery polished, lots of things fixed and also ordered some new items for her sister-in-law. Me - I finally put in orders for some of my stolen items. 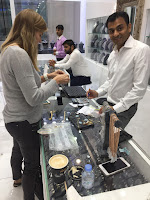 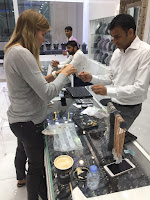 While we waited for all the jewellery work to be done, we went to Dubai Mall. Not our normal favourite hang-out but as the kids were off to Kidzania, that's where Pia and I had to spend the afternoon. While they were having fun going to the Kidzania University, flying Emirates planes, making Kinder chocolate, racing cars, sending radio and working in the Waitrose supermarket - Pia and I worked the mall. We started with a lunch break at Yo Sushi, mmm! 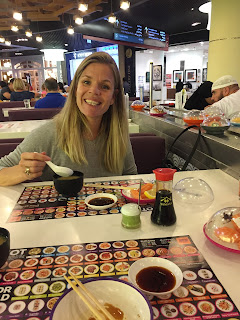 But I think next time I go to Dubai Mall, especially if it's with Linnea, I will make a pit stop here ... Om nom nom... : 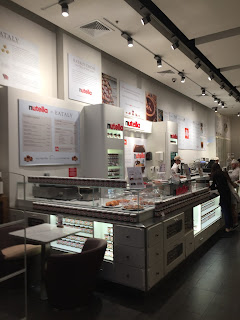 Pia and I walked around and about, did a little bit of shopping but mostly browsing. In the end we got too tired to walk any more, so we gave up and just waited in a coffee shop instead. 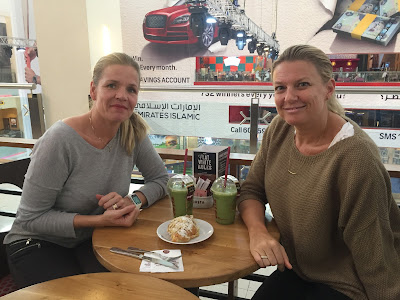 Kids came out of Kidzania all electric and happy with their bags full of souvenirs. They managed in the end to spend six hours in there - only limited by the mean mums extracting them for dinner. 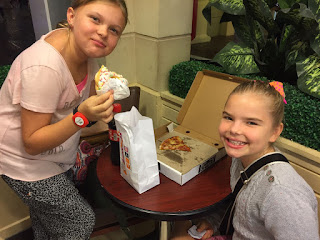 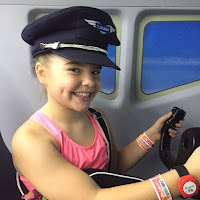 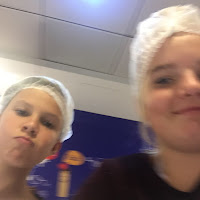 We had a quick dinner in the food court, as everybody wanted different things, before we returned to the gold man to pick up our things, and eventually (and very late...) go back to Abu Dhabi. 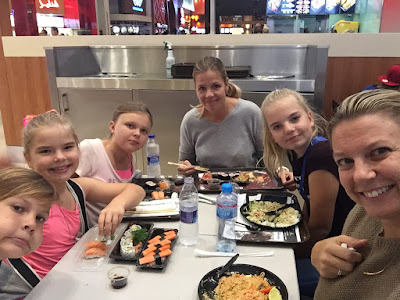 So finally, I have started to restore order in my jewellery box! Although I very boringly didn't get anything different to what I had before. I had built a small collection of items I really loved and always used, and I was missing them... So, there you go, I got the exact same things..! First thing I replaced was my 10th wedding anniversary diamond studs. Guess where they are now? 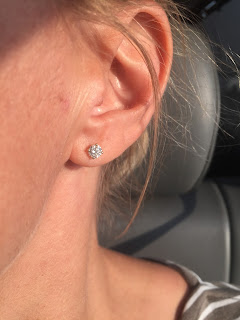