We quickly realized that having Lucas on crutches for the rest of the week wasn't going to work. For none of us. We needed another solution... 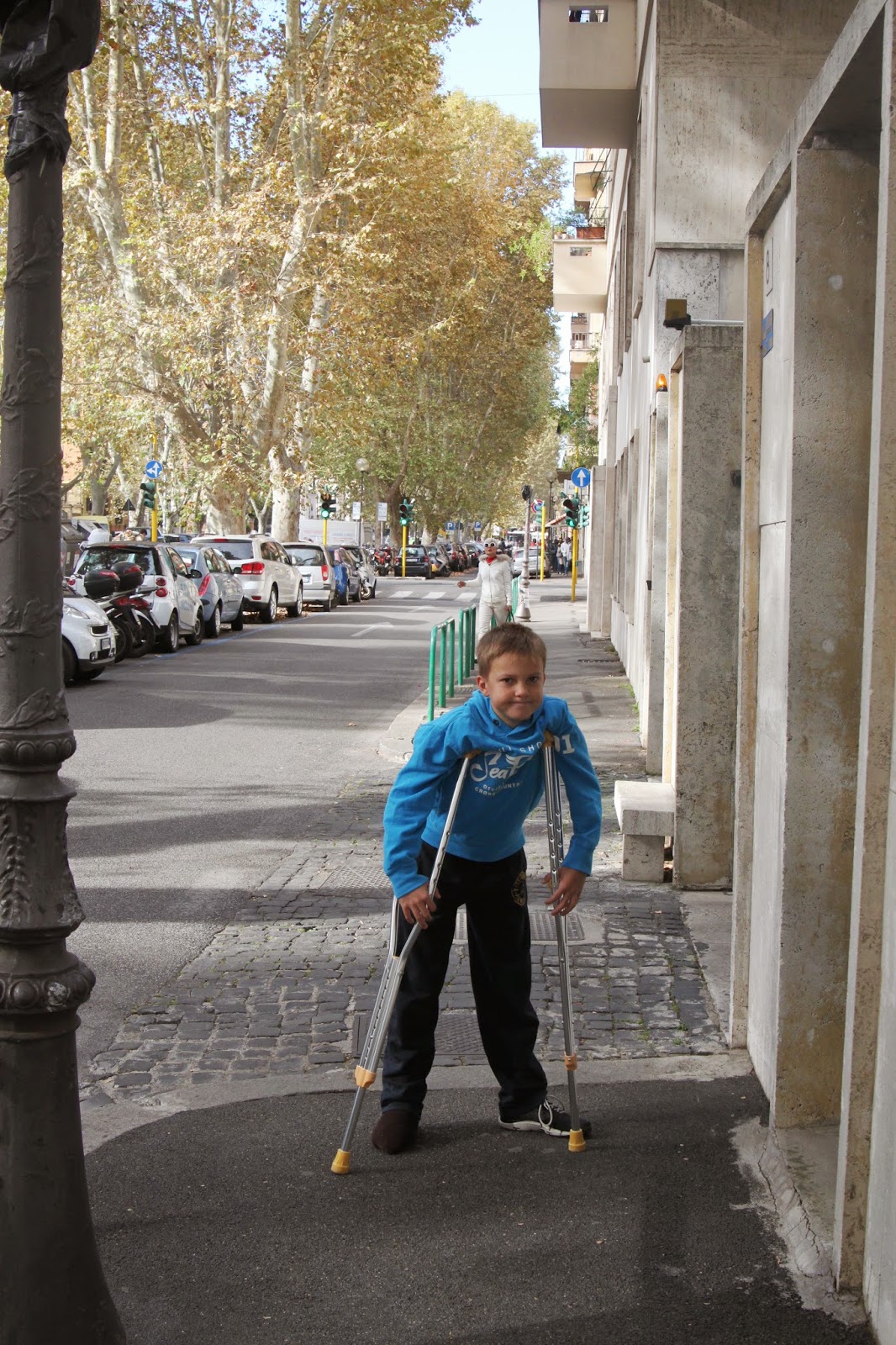 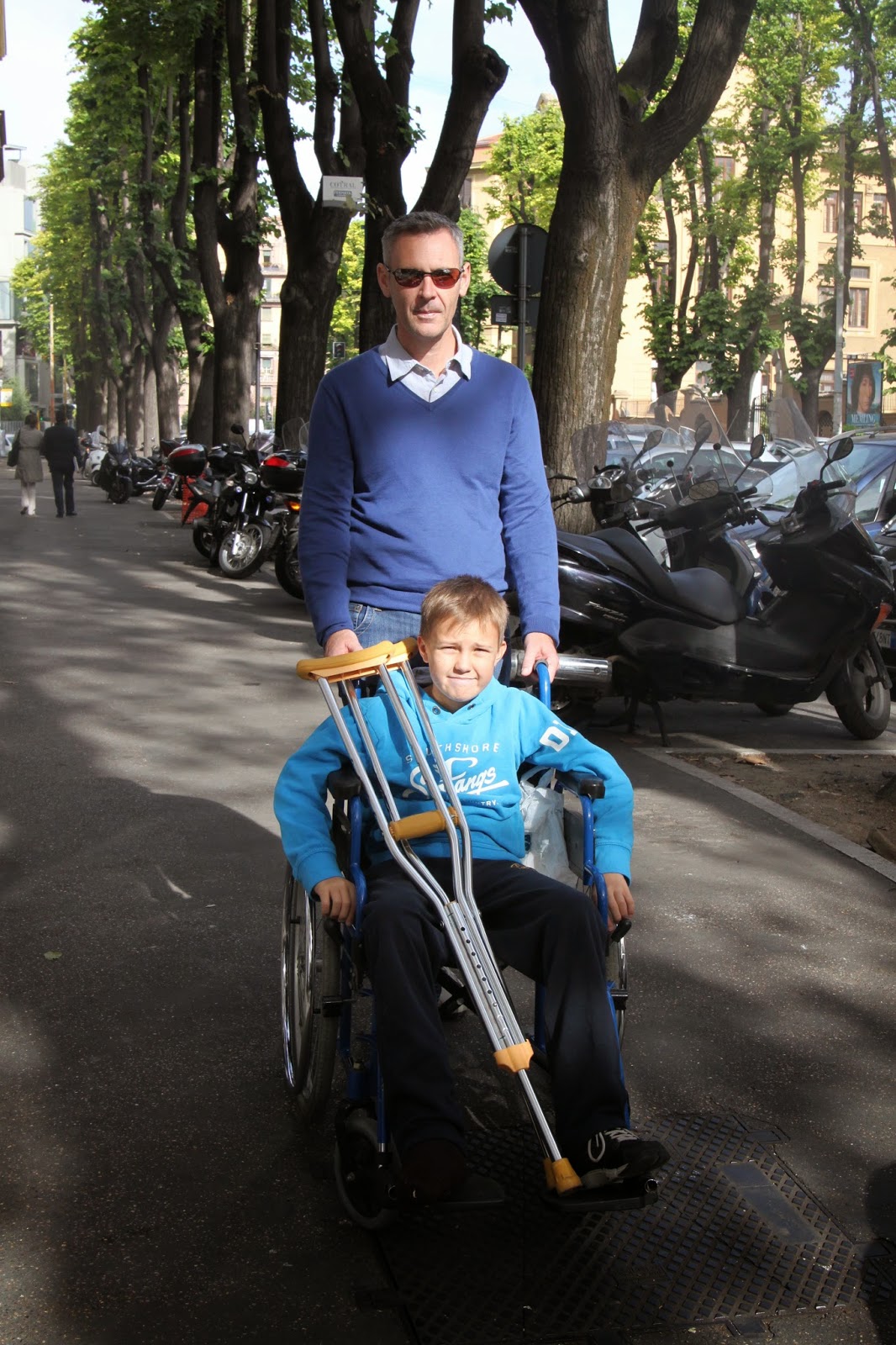 We later realized that having a boy in a wheelchair meant a lot of advantages! Not only that we could walk on the bike lanes, people would let us board the buses first and we didn't need to queue anywhere really; but - it also meant that we actually didn't have to pay for Lucas at most places we visited, NOR for his "carer"! :D :D
Sweet! We definitely earned back what the rent cost us, and some. 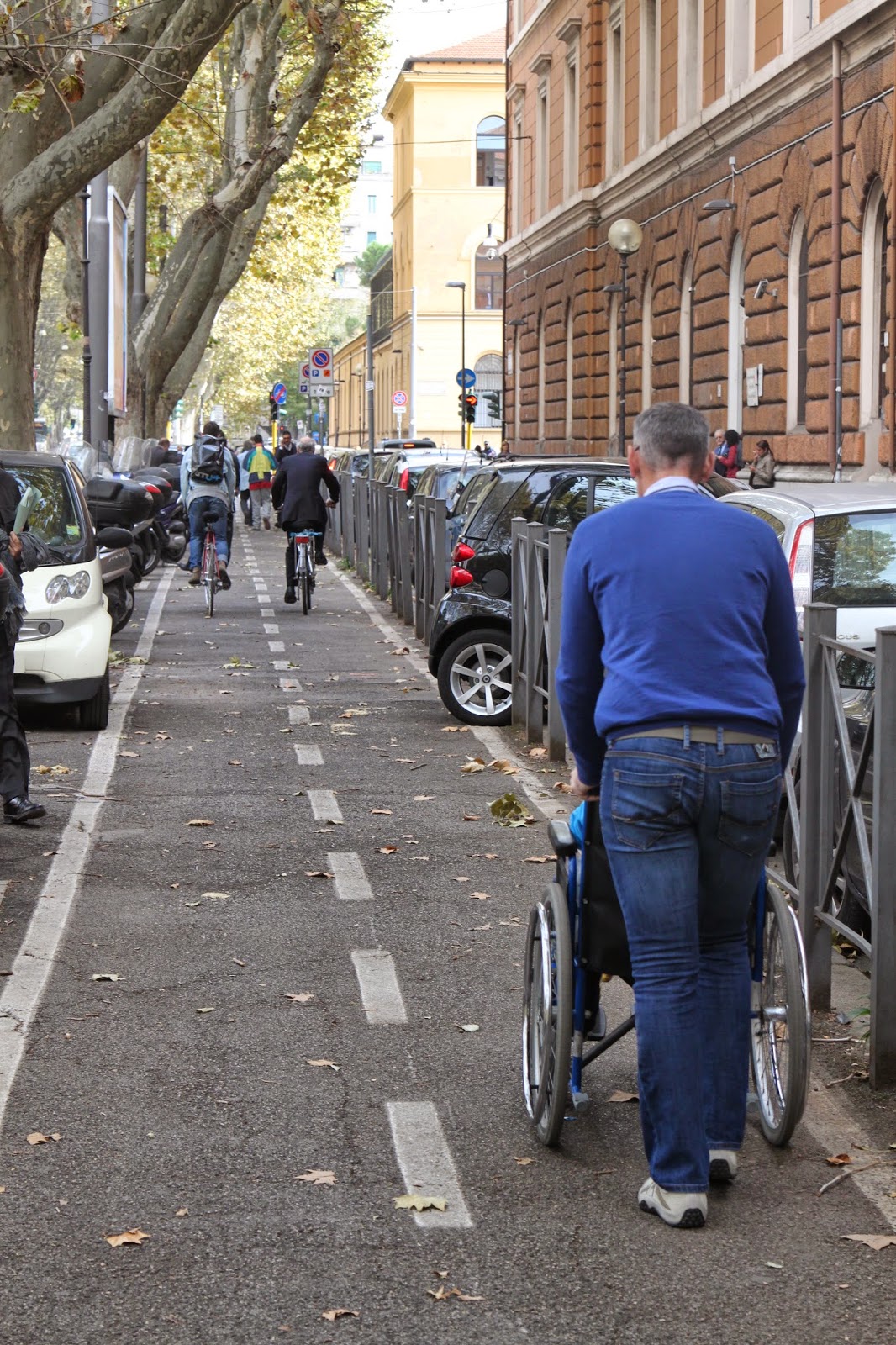 Please note that the first one (and basically the only one. I only got a Christmas bauble and some pizza scissors...) doing any big shopping on this trip was actually Nathan! He got a new Timberland bag, Benetton trousers, Geox shoes and clothes etc. Here he had found this quirky little outlet shop. It was selling lovely merino wool cardigans and jumpers both from known brands like Calvin Klein and other lesser known Italian brands. He ended up getting two really warm and good looking new jumpers. 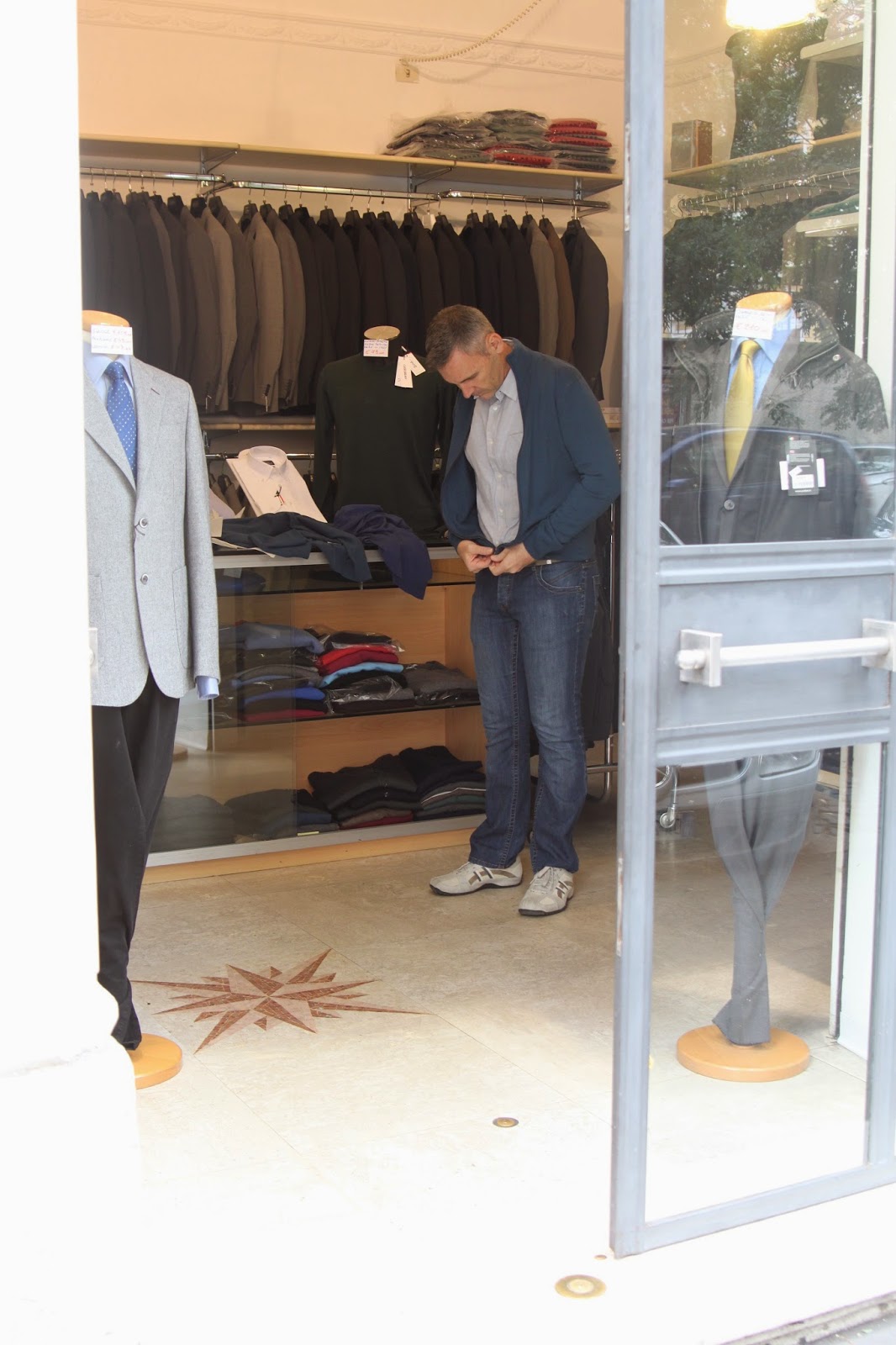 We had a quick toilet/coffee stop at Piazza del Popolo: 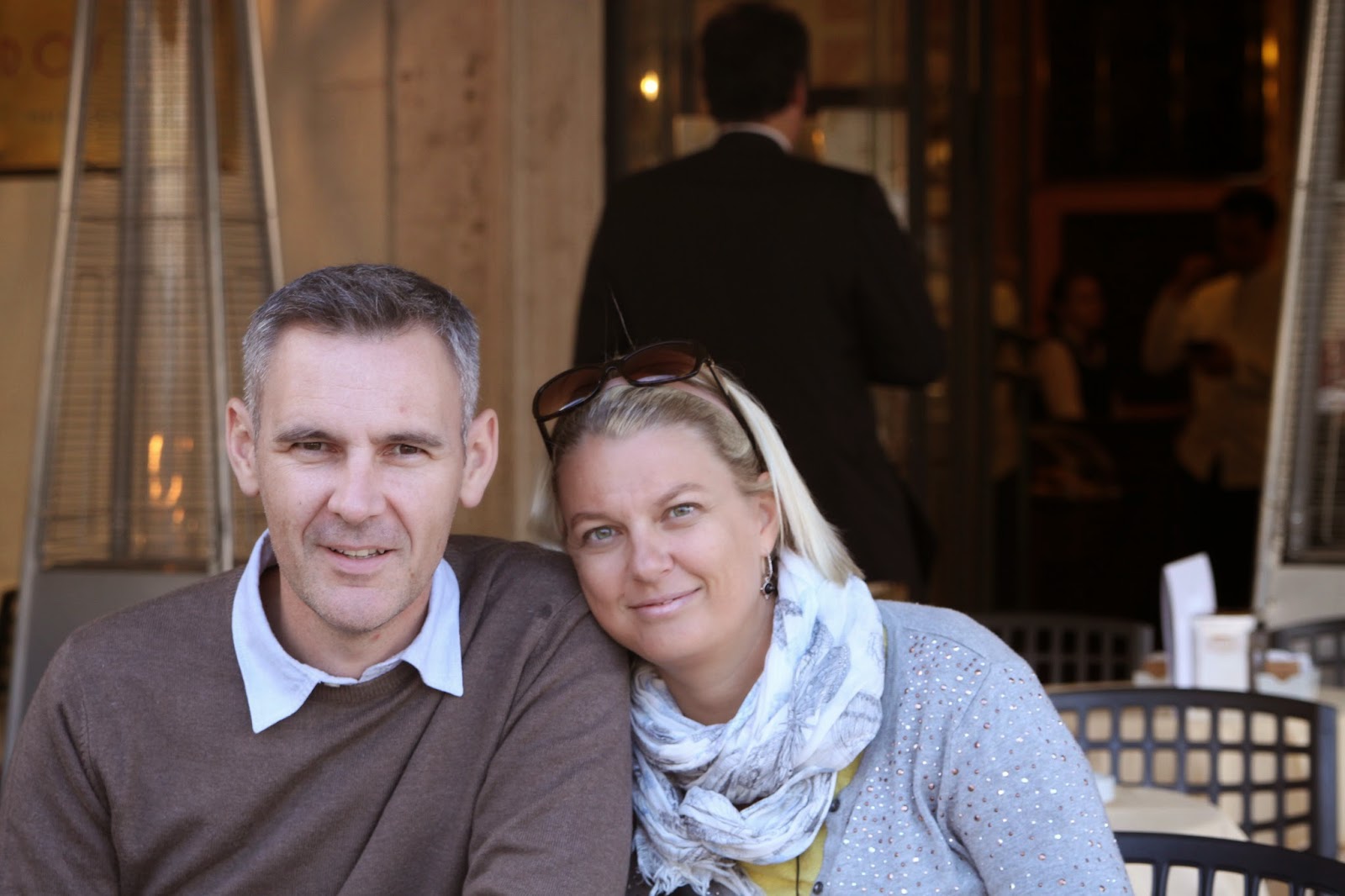 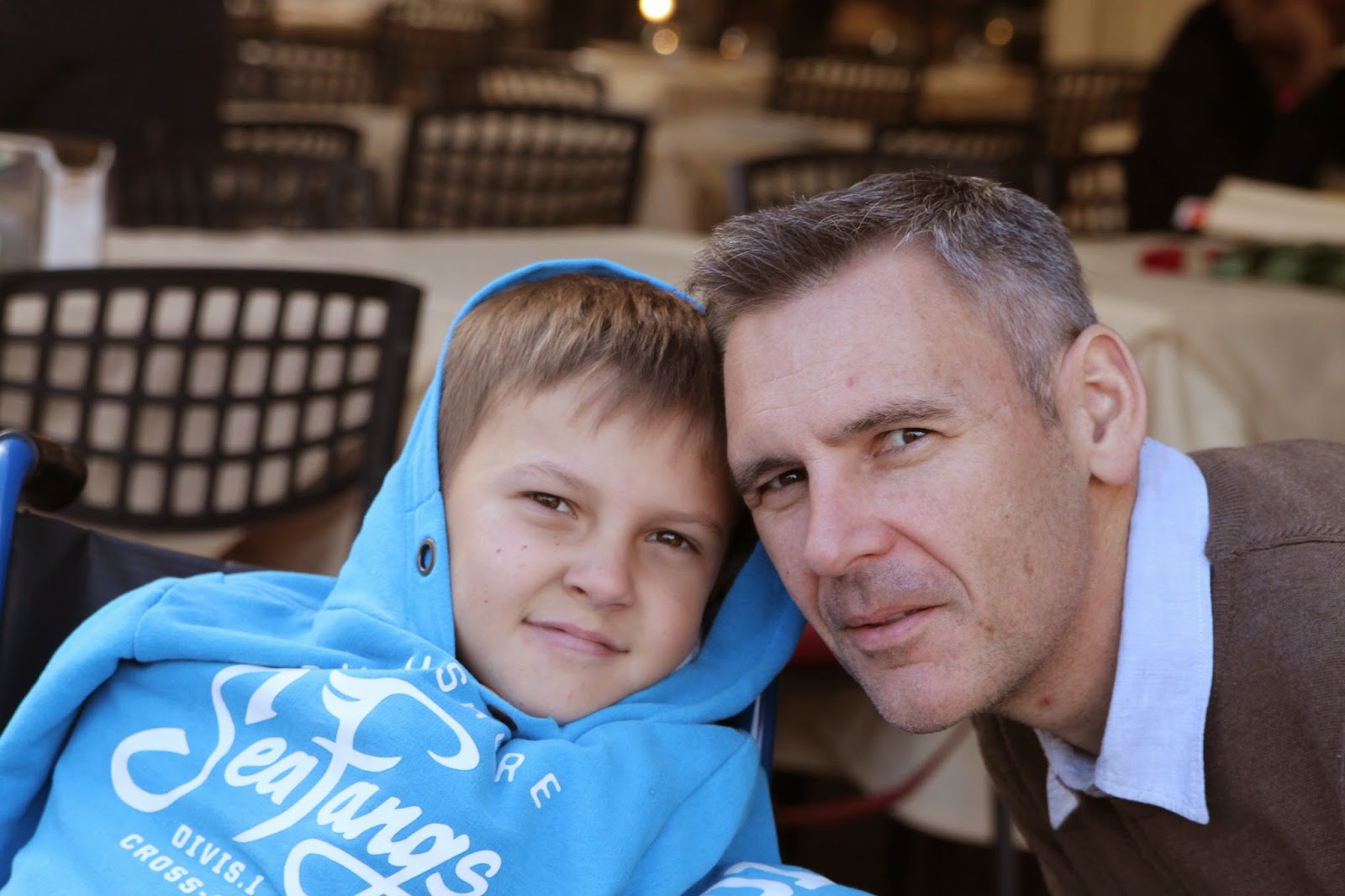 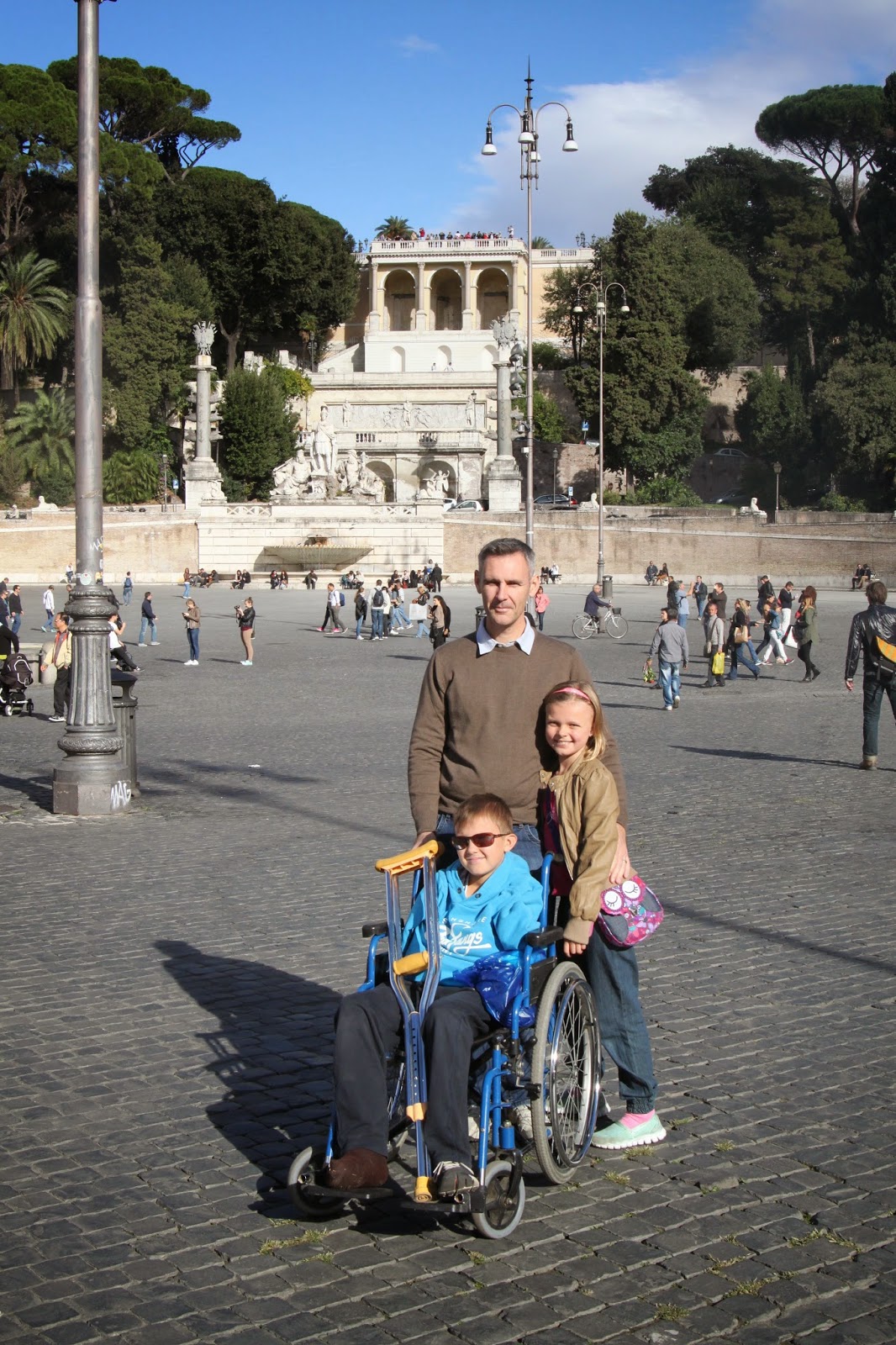 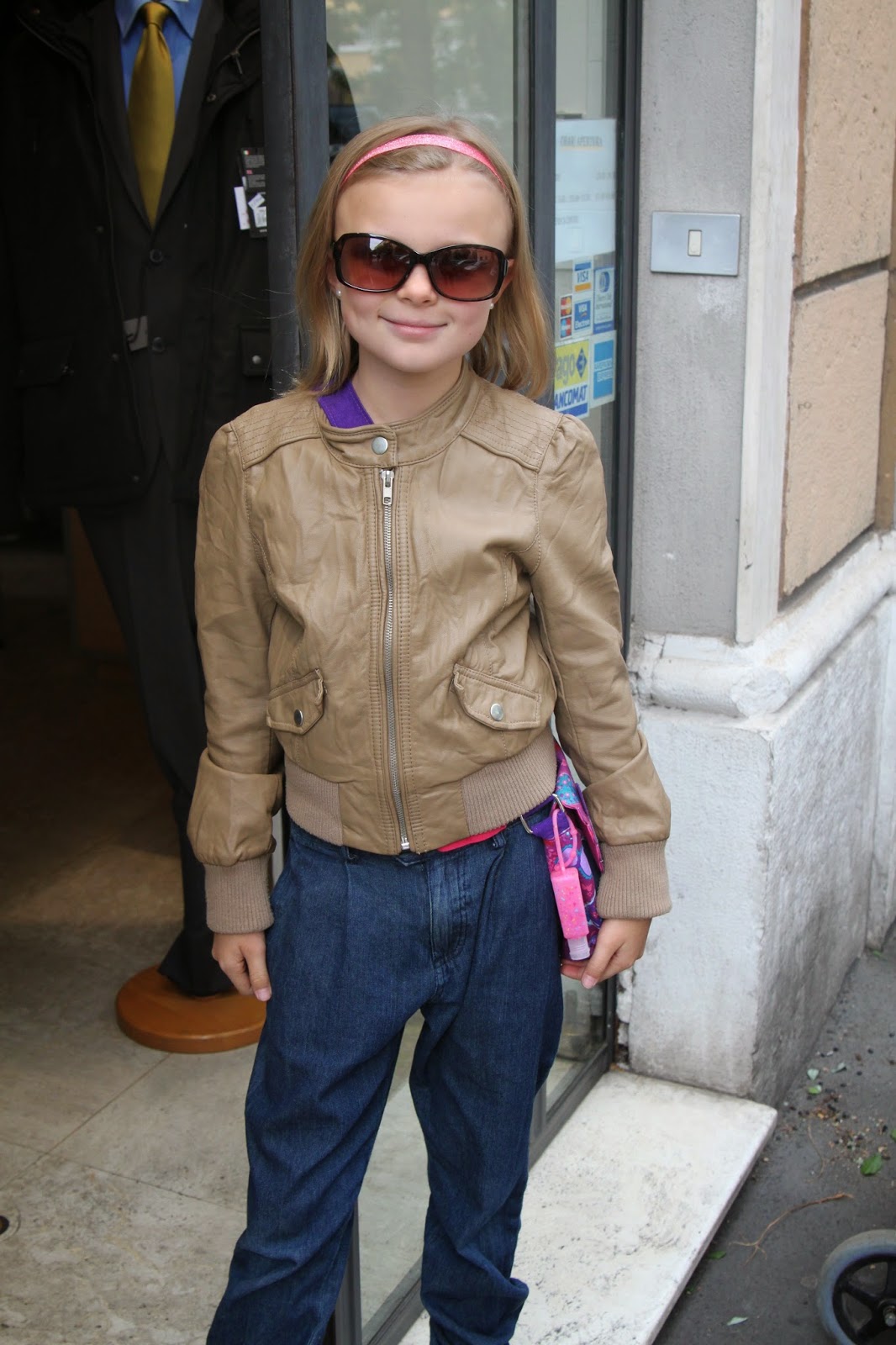 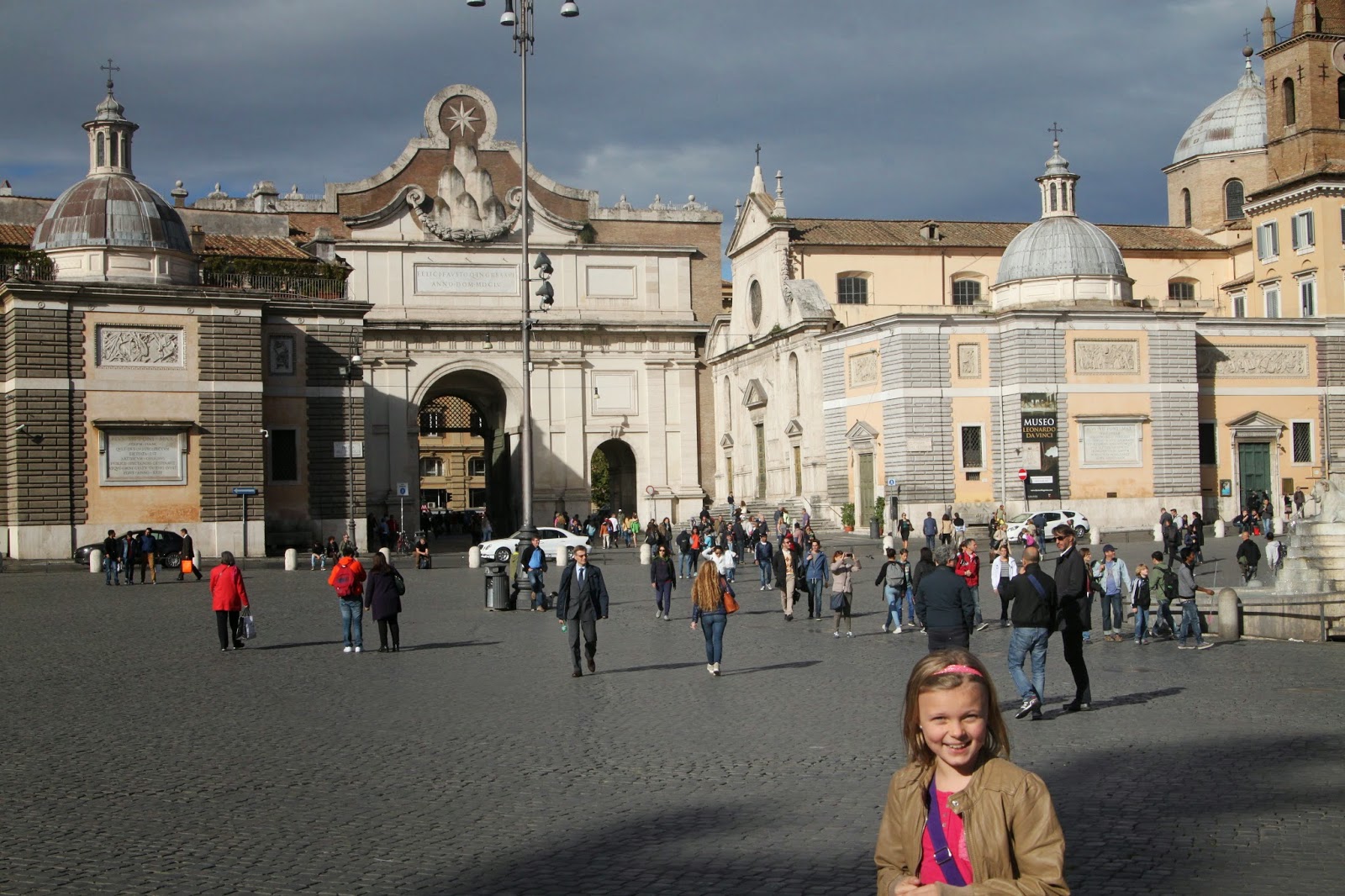 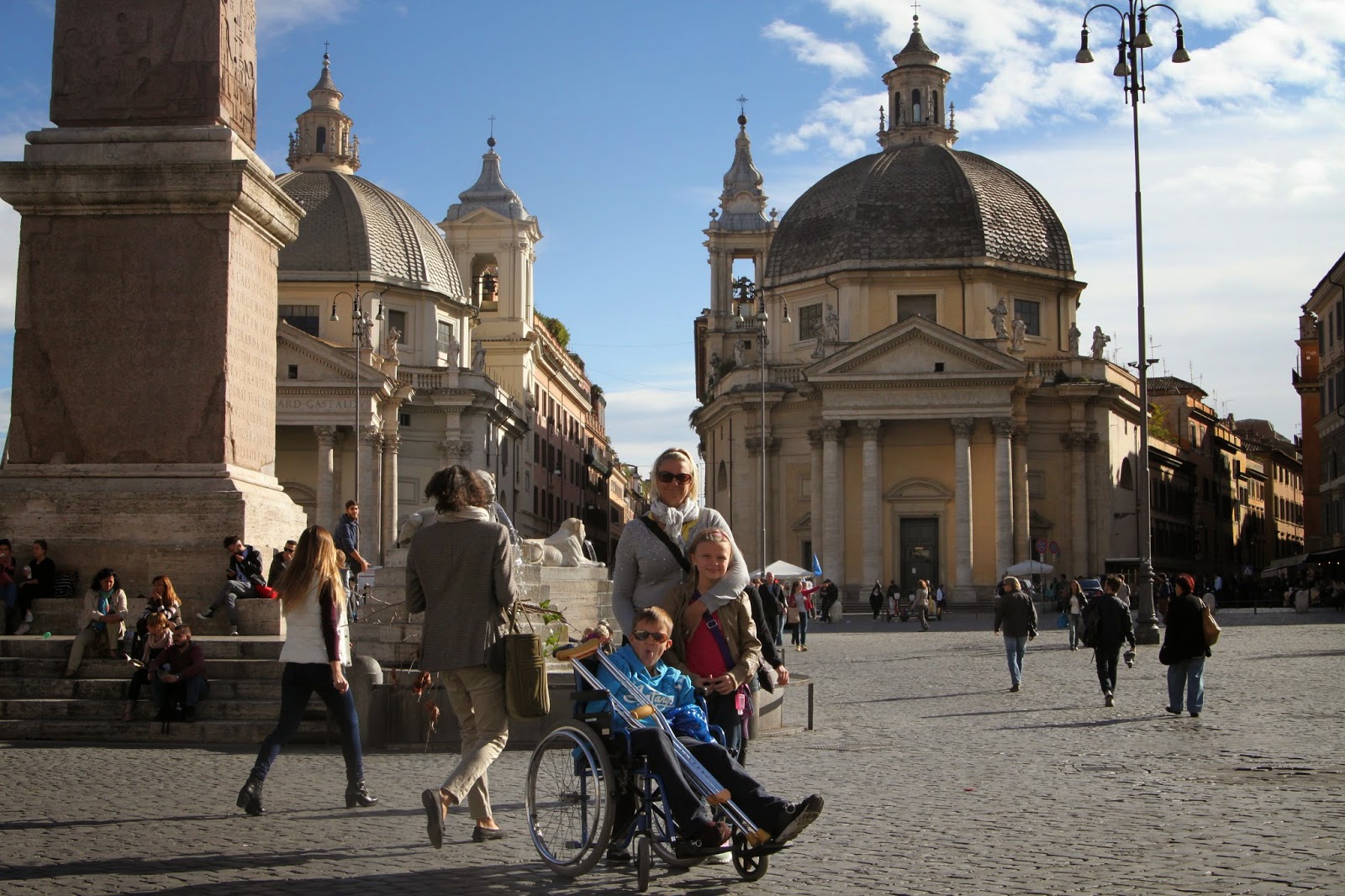 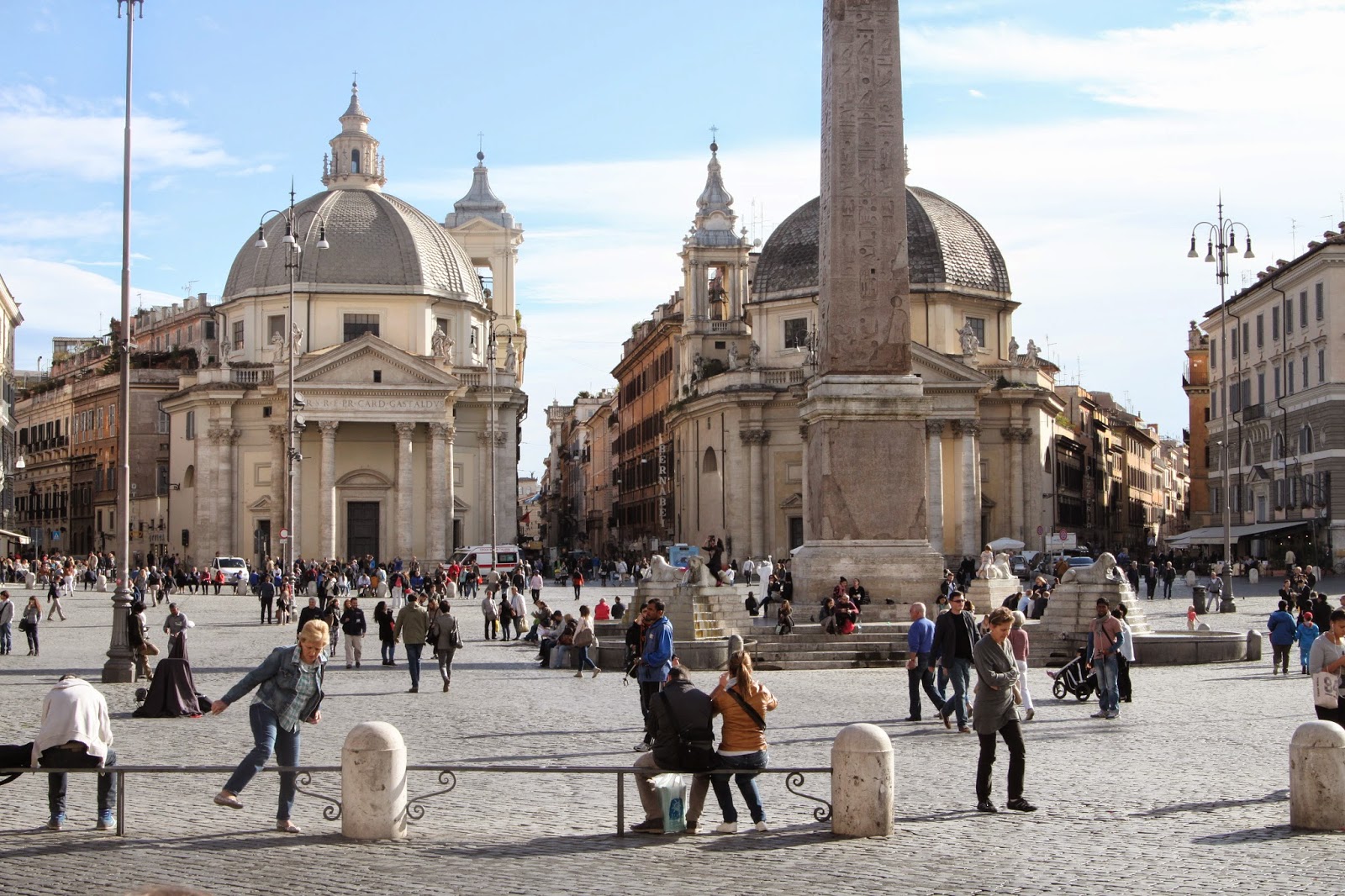 We discovered a museum about Leonardo da Vinci there that Nathan wanted to visit. It was interesting, but rather expensive, compared to the other places we later visited. 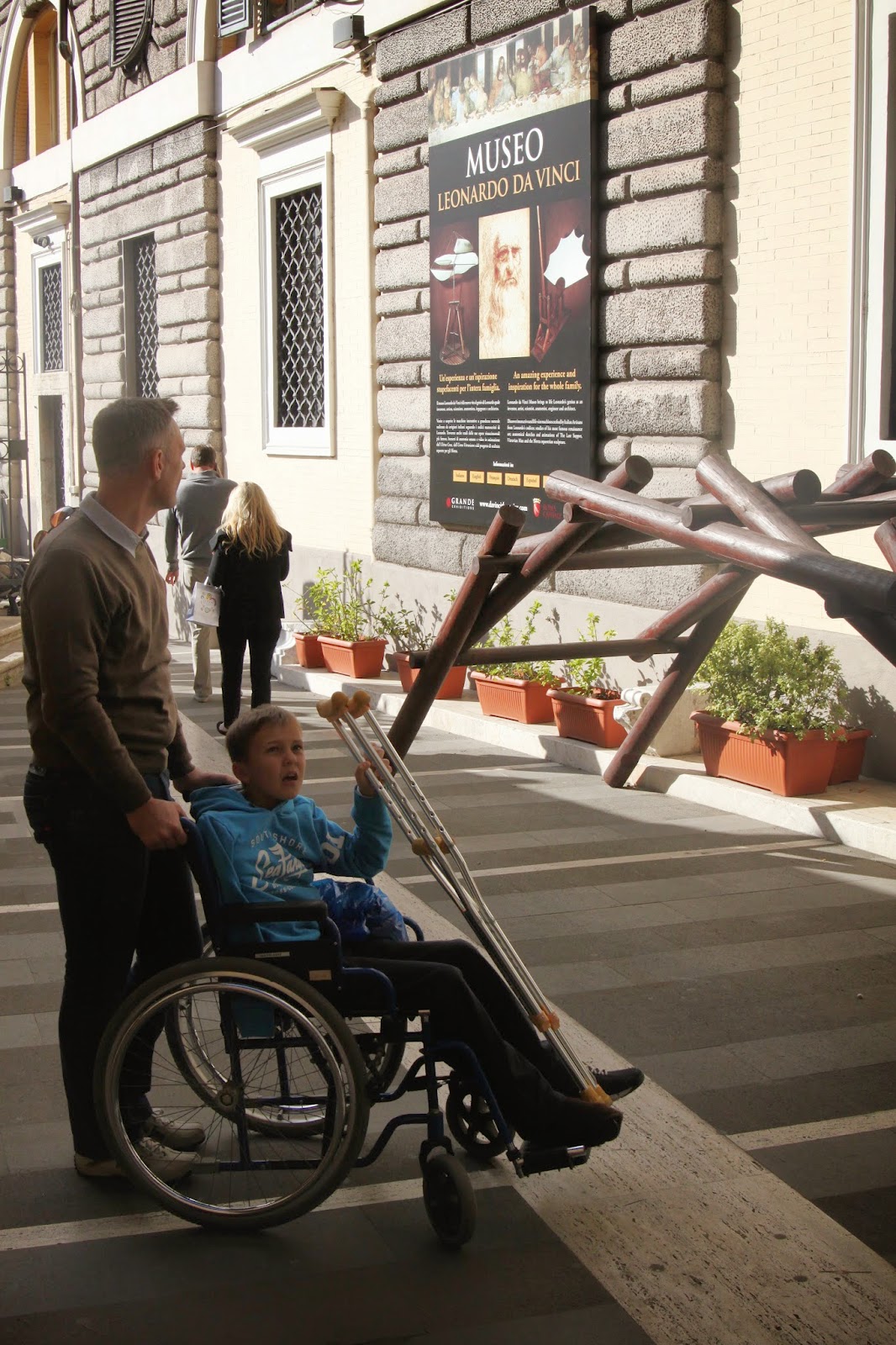 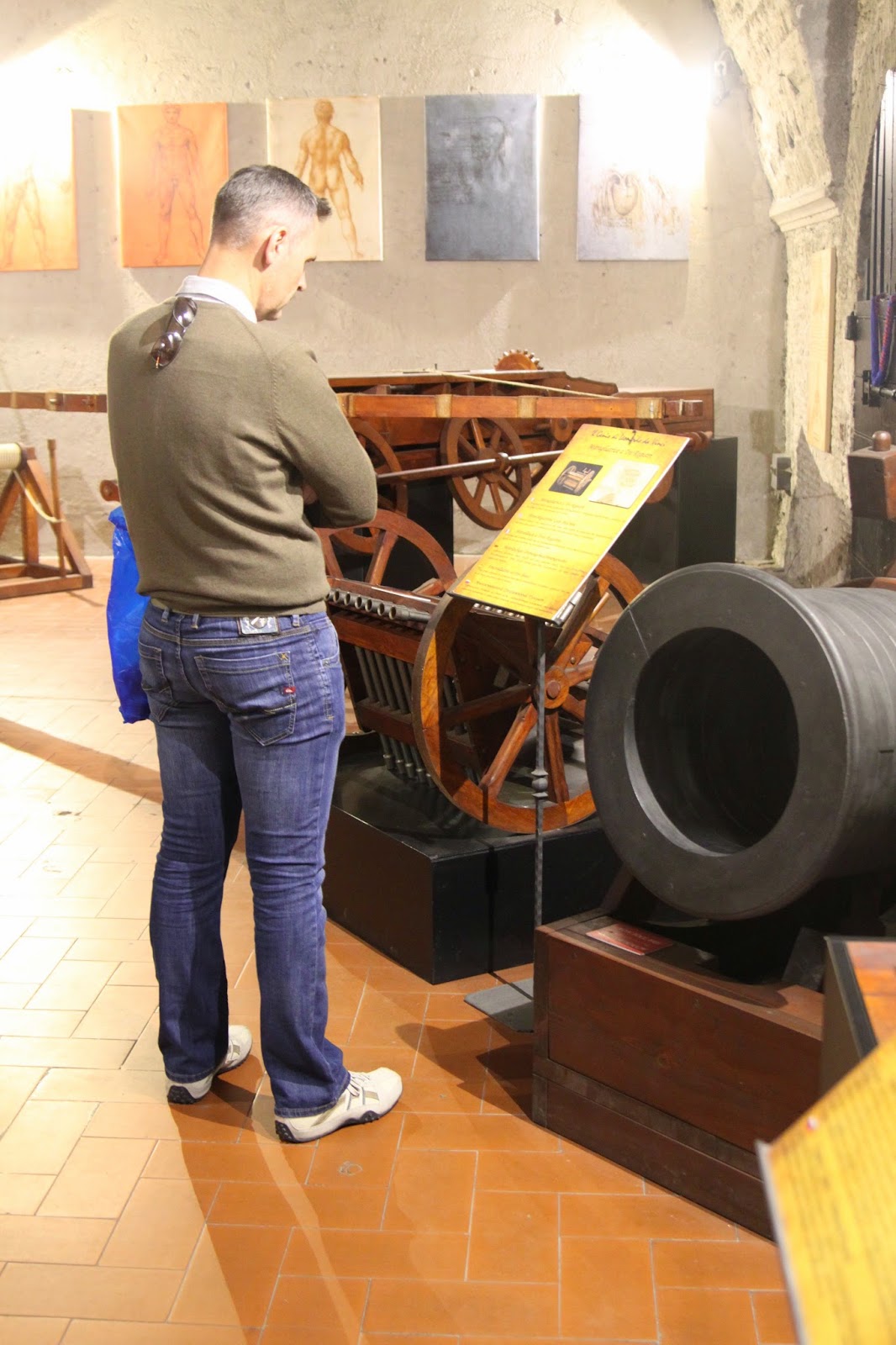 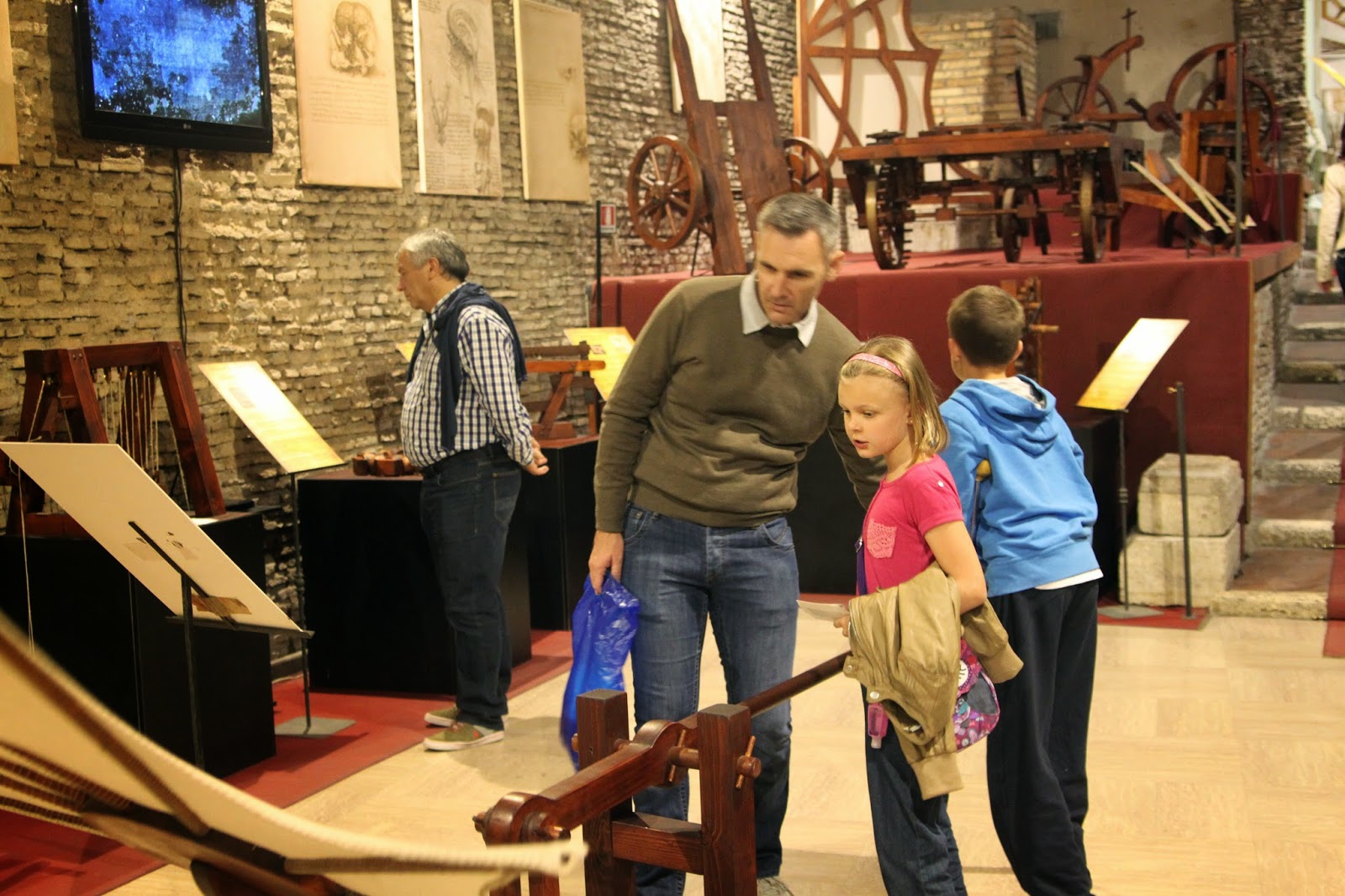 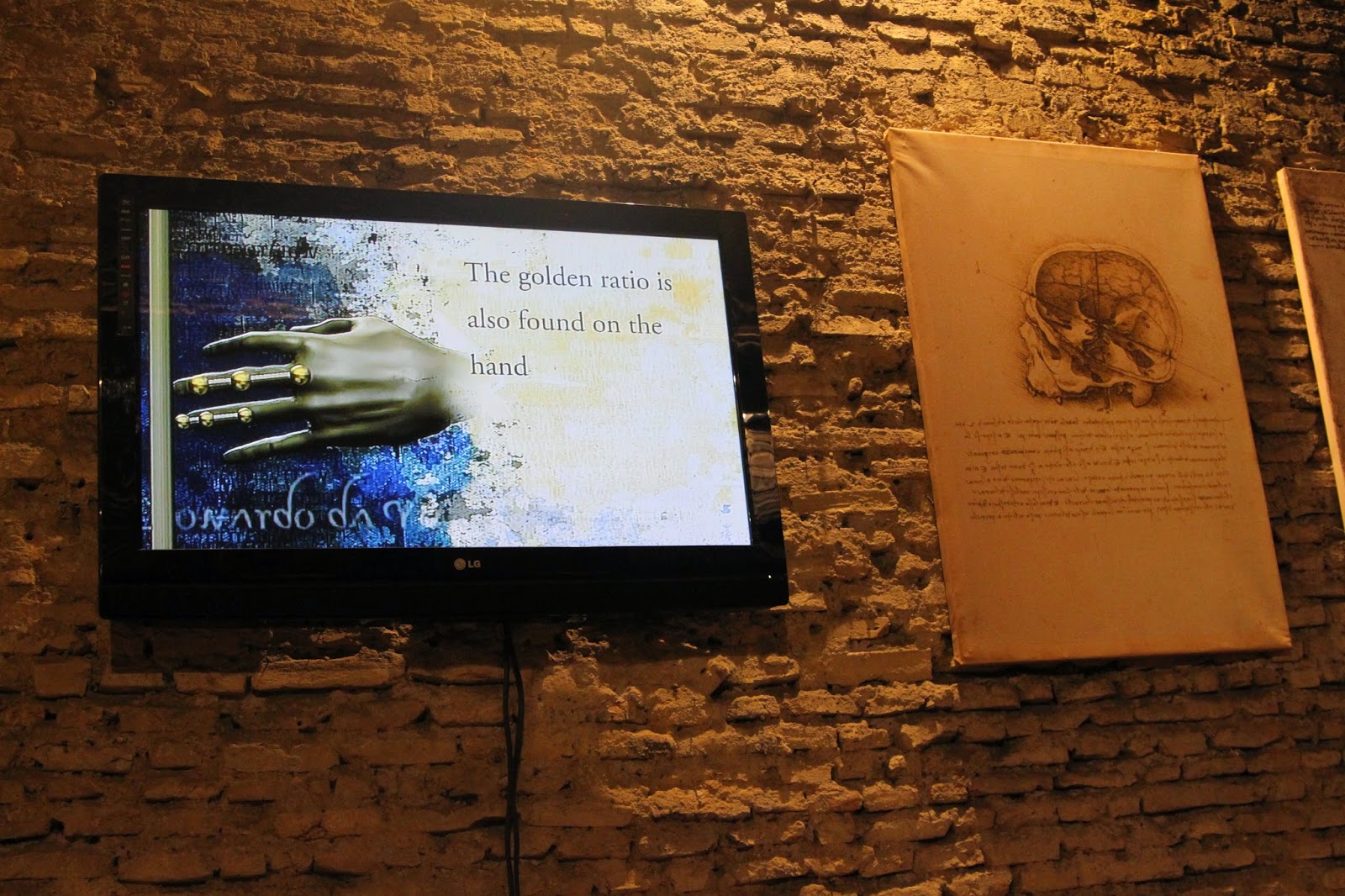 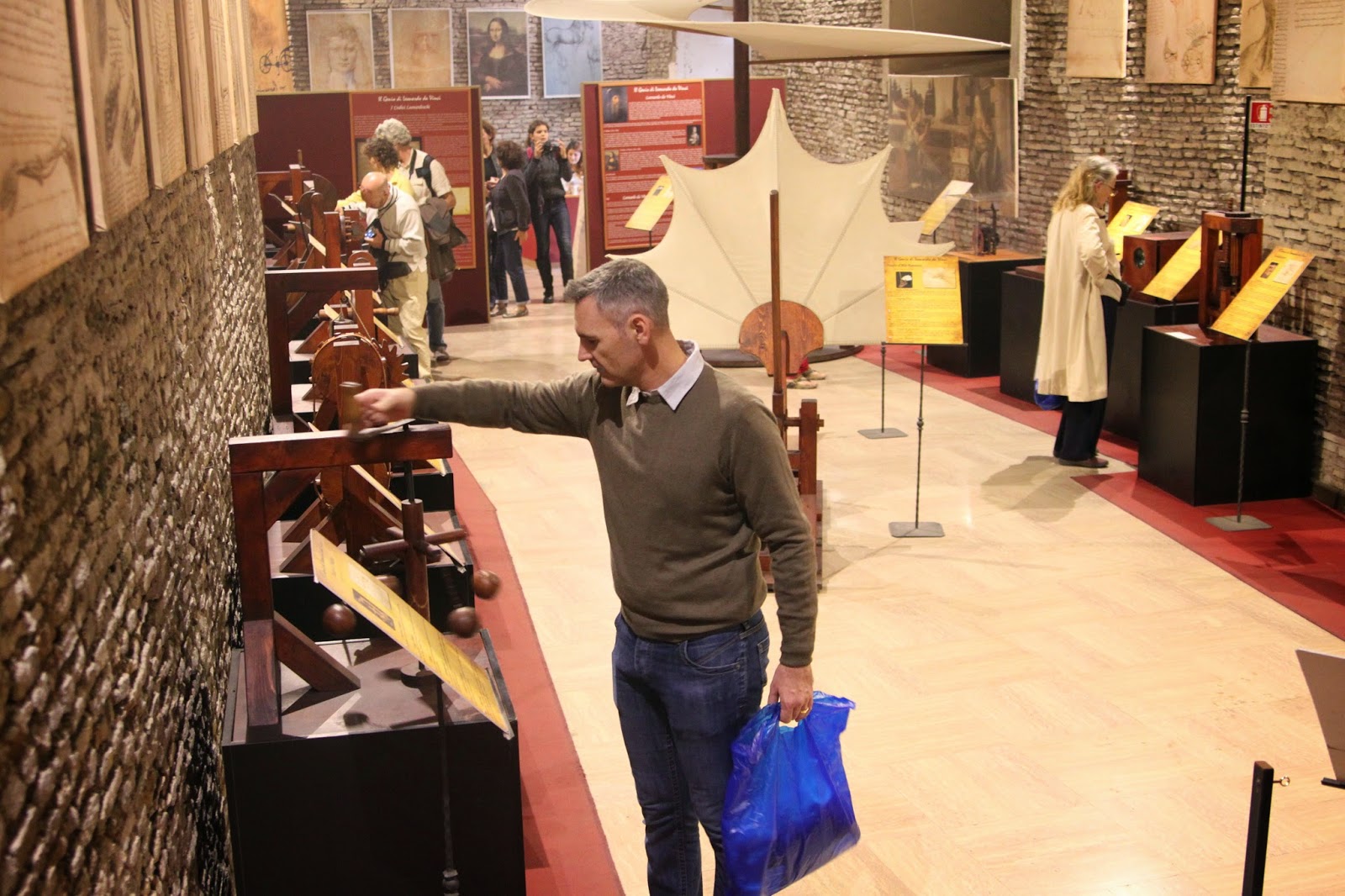 Then we walked all the way down the big shopping street Via del Corso to Fontana di Trevi. Unfortunately the famous fountain was under restoration and covered with scaffolding, so we didn't get to see much of it, nor throw our coins in. Boo. 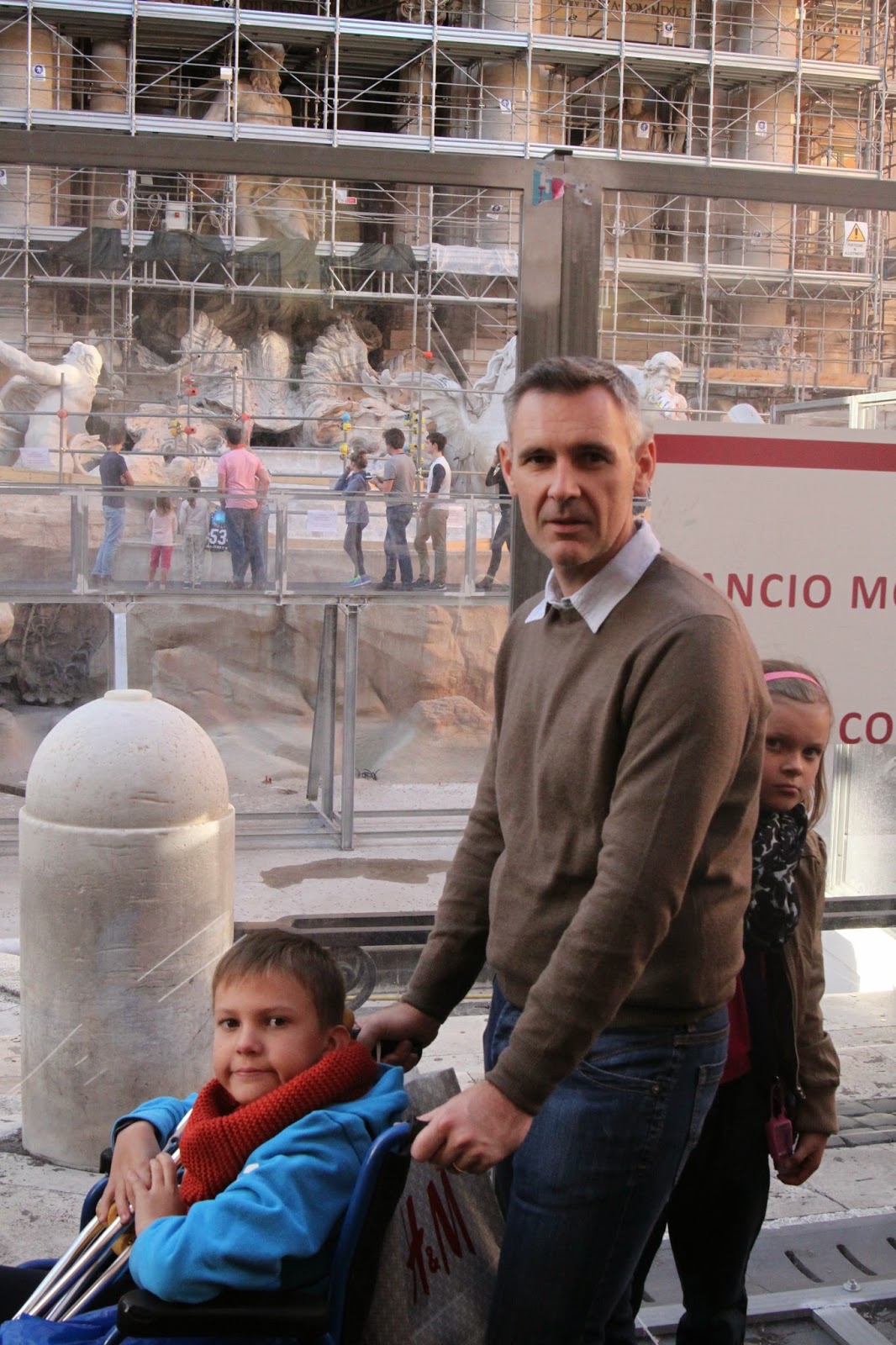 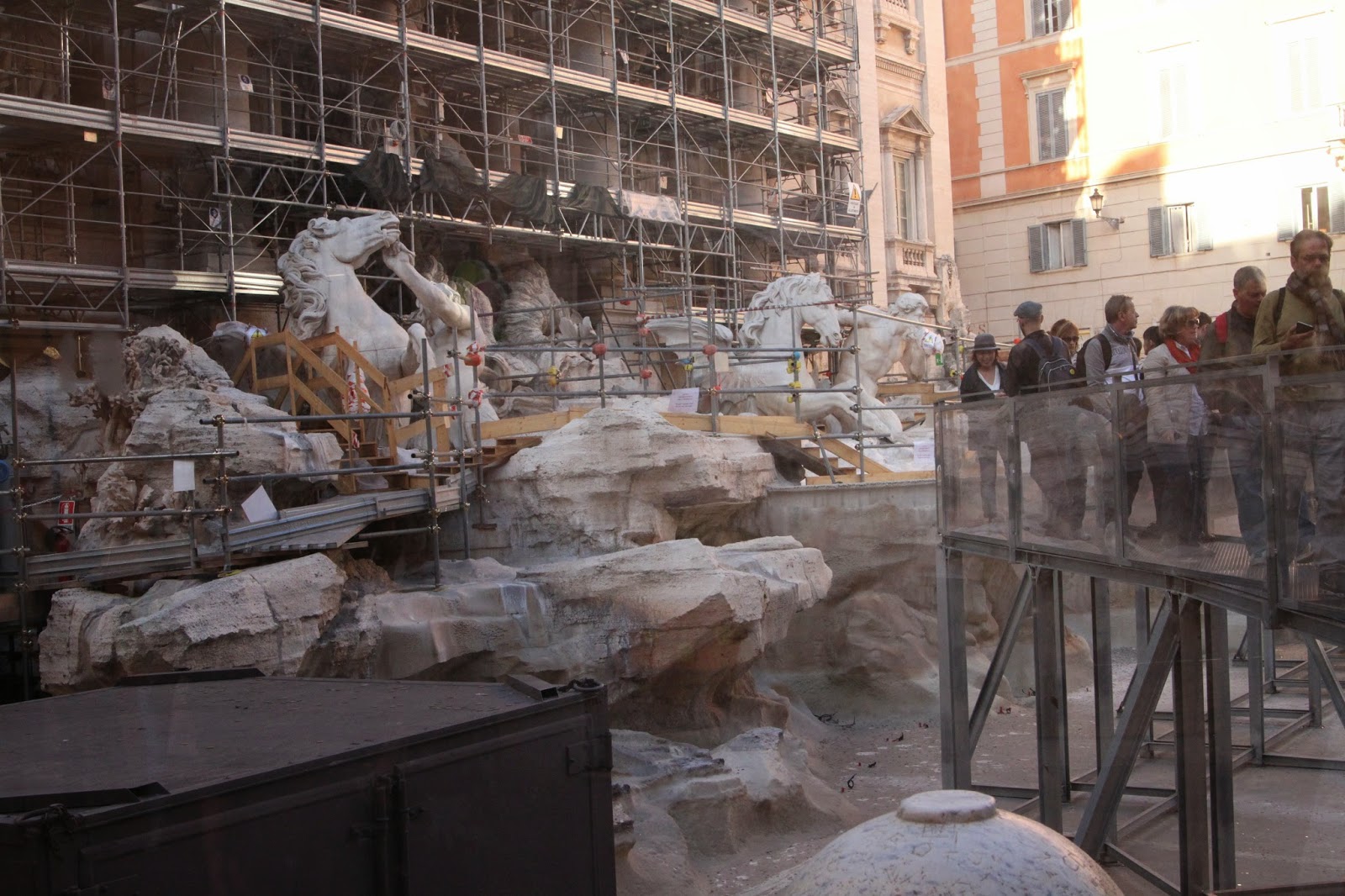 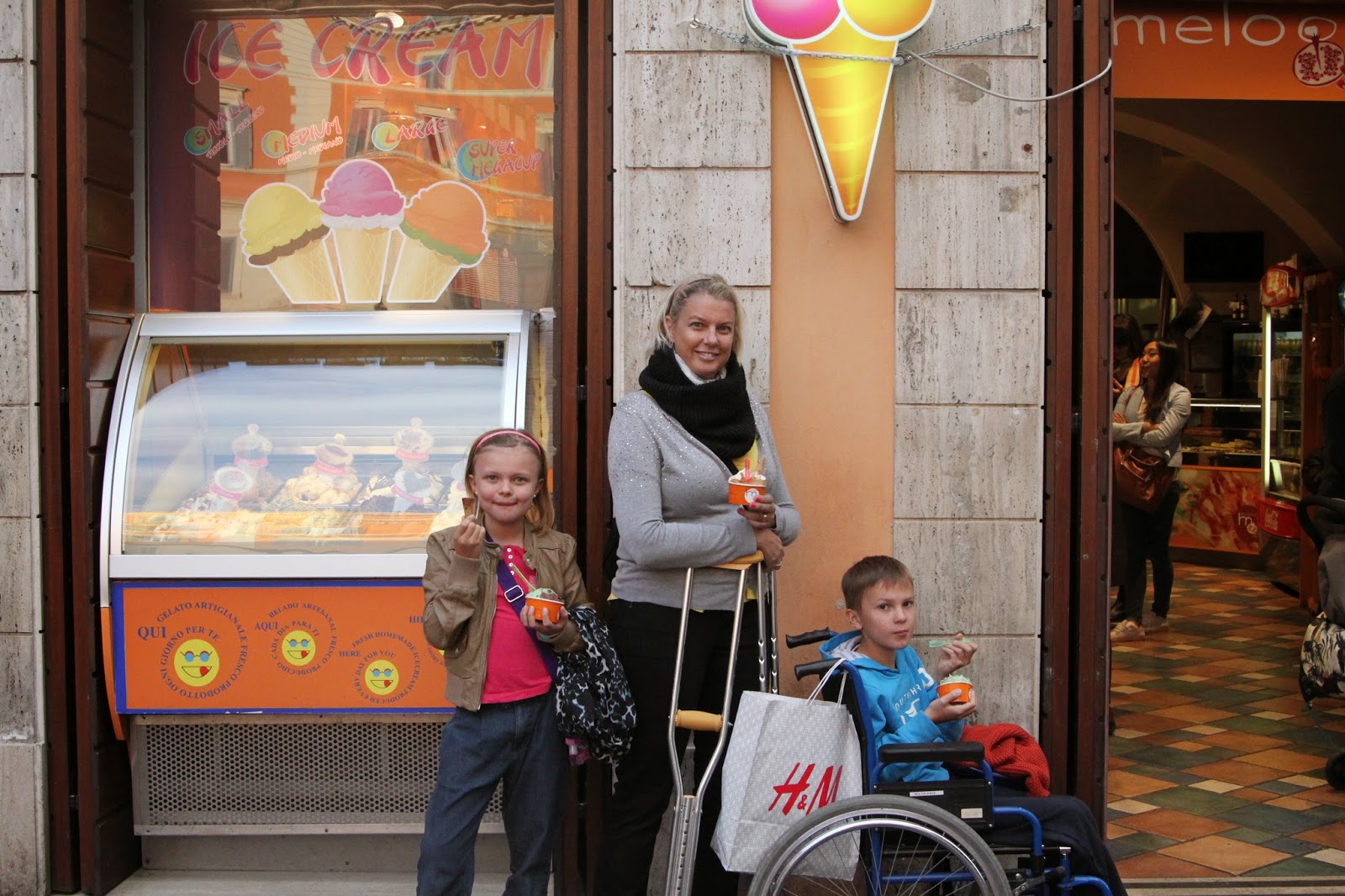 This day was actually the coldest day on our trip. We weren't really prepared, so we had to go to H&M and suit up, got some scarves, and later on also some puffy jackets and gilets. Poor Lucas probably suffered the most as he wasn't able to move around. 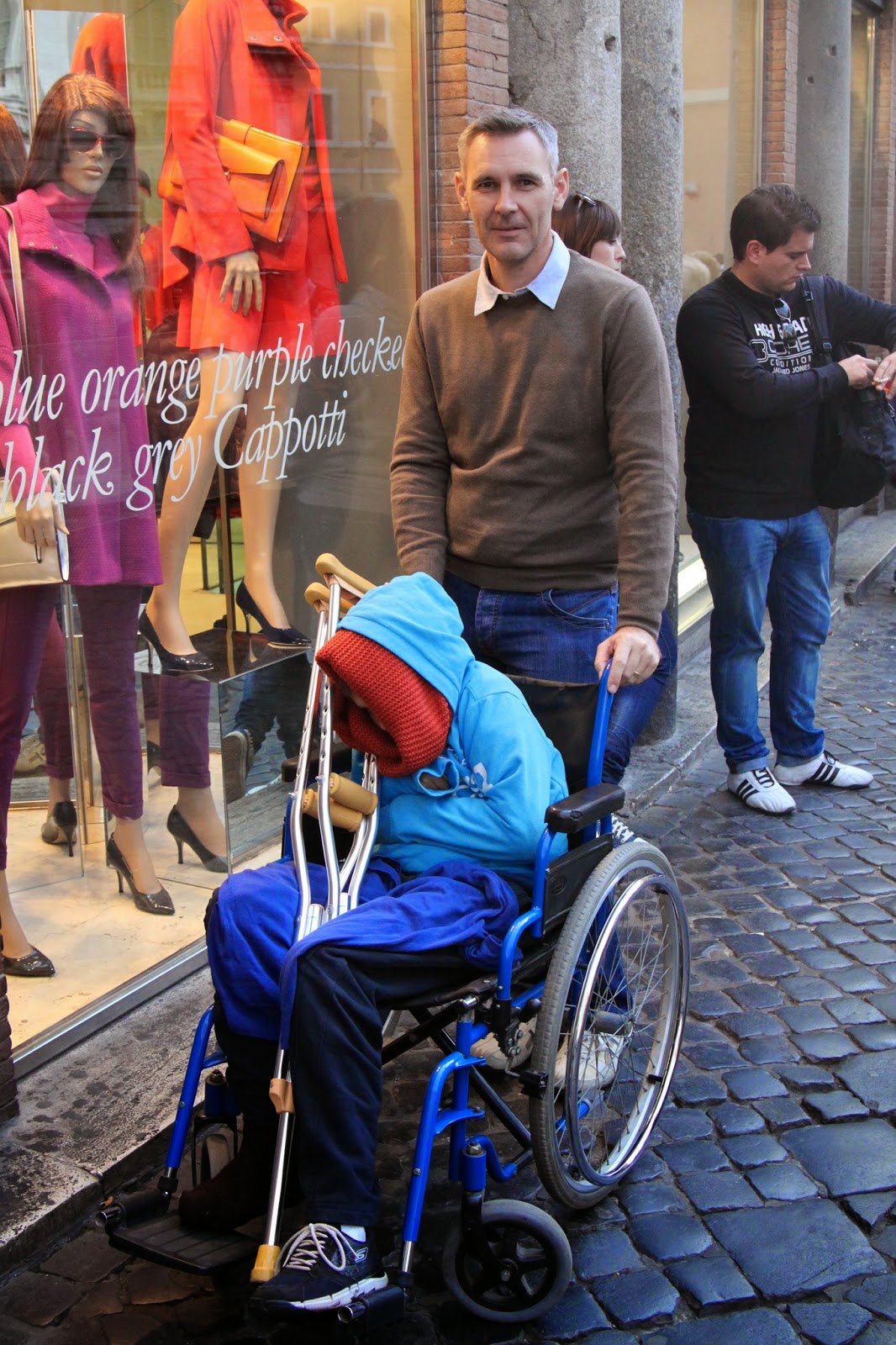 He was still smiling though, underneath all his layers of clothing! 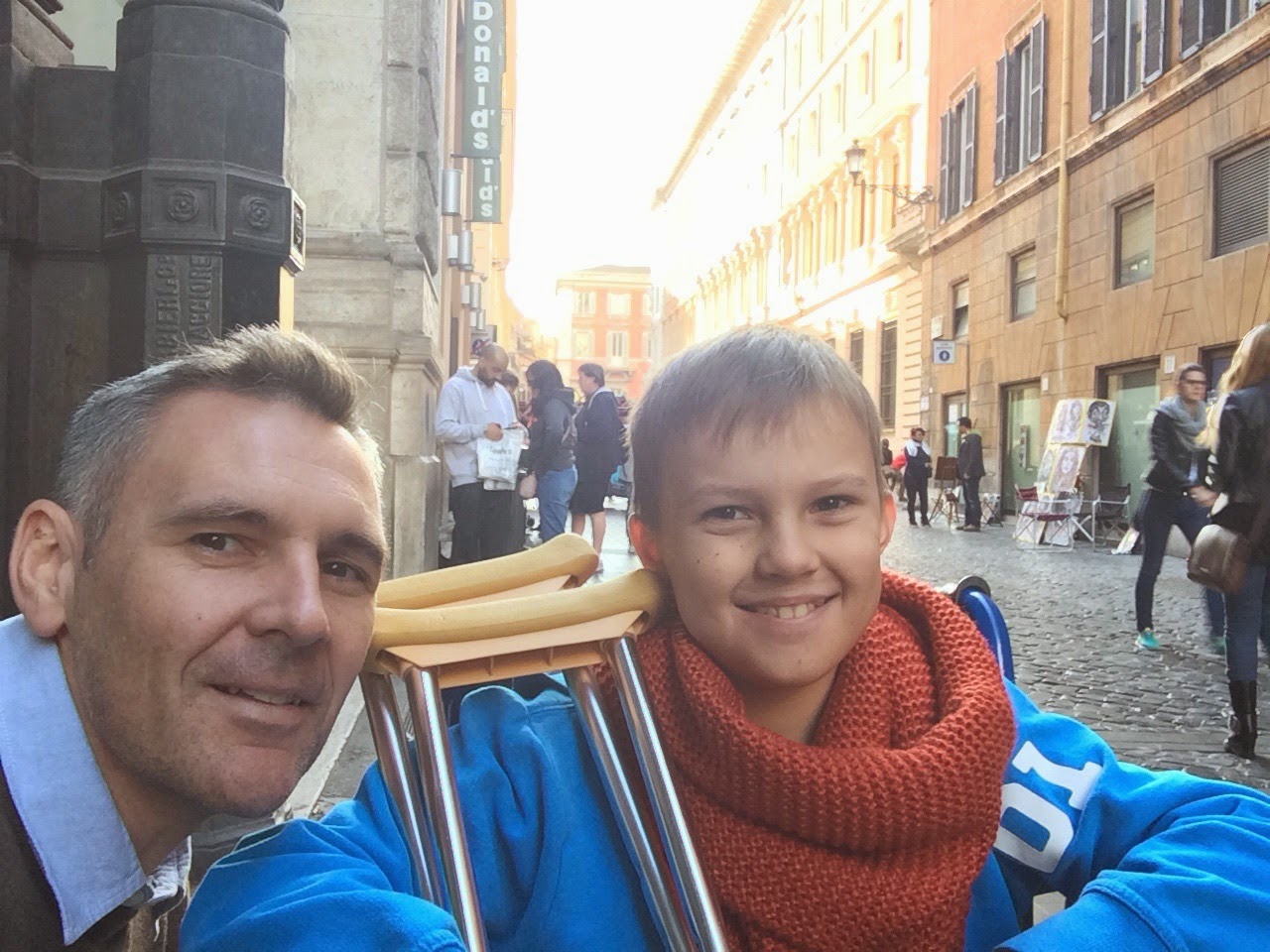 We did an easy dinner at a walk-in gourmet pizza place, where you paid for the pizzas according to weight. They had tons of different kinds of pizzas, both with tomato base and "white" pizzas. 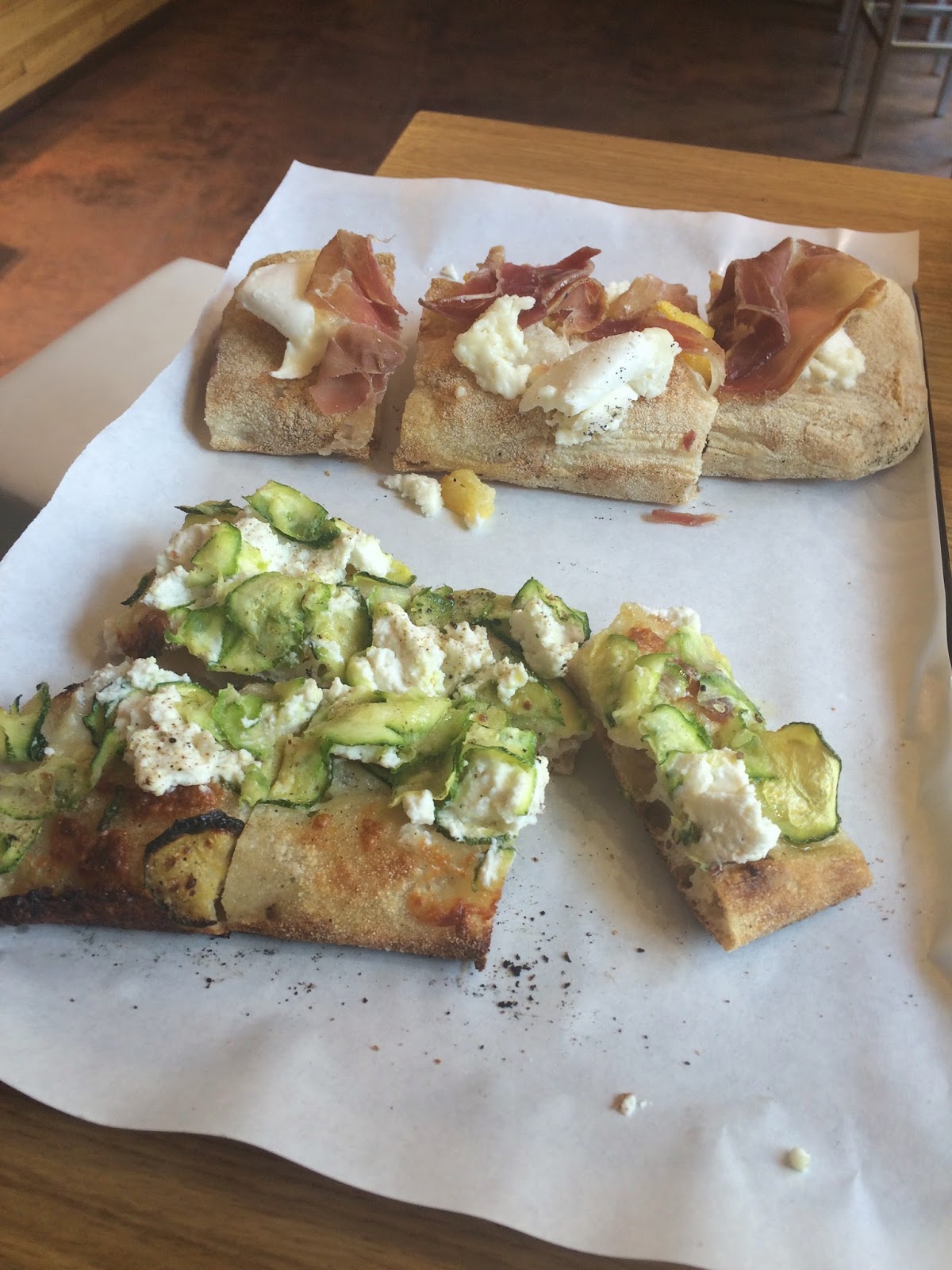 They also did this ah-mazing roast pork that the kids devoured: 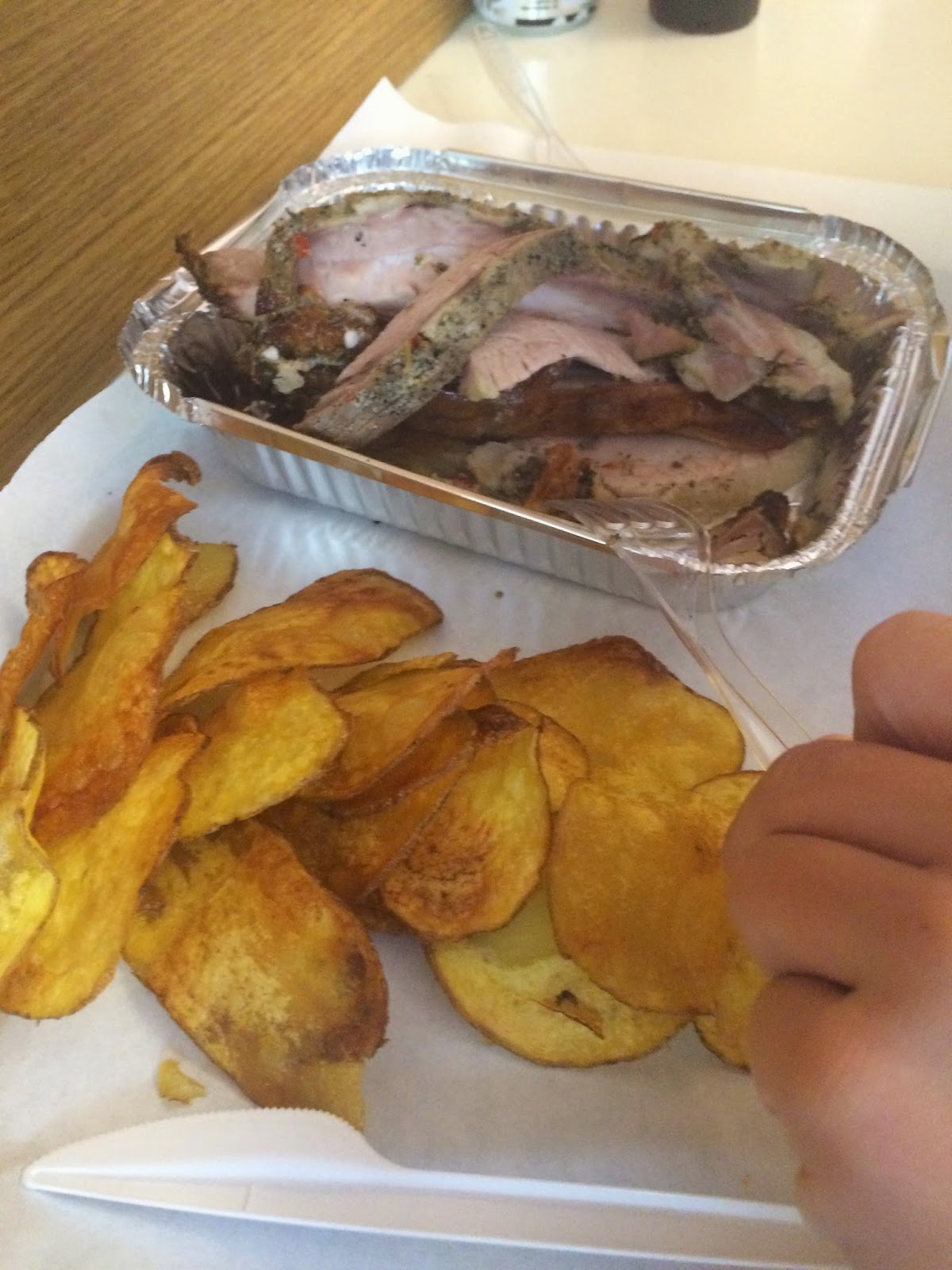 And Nathan got excited about this: 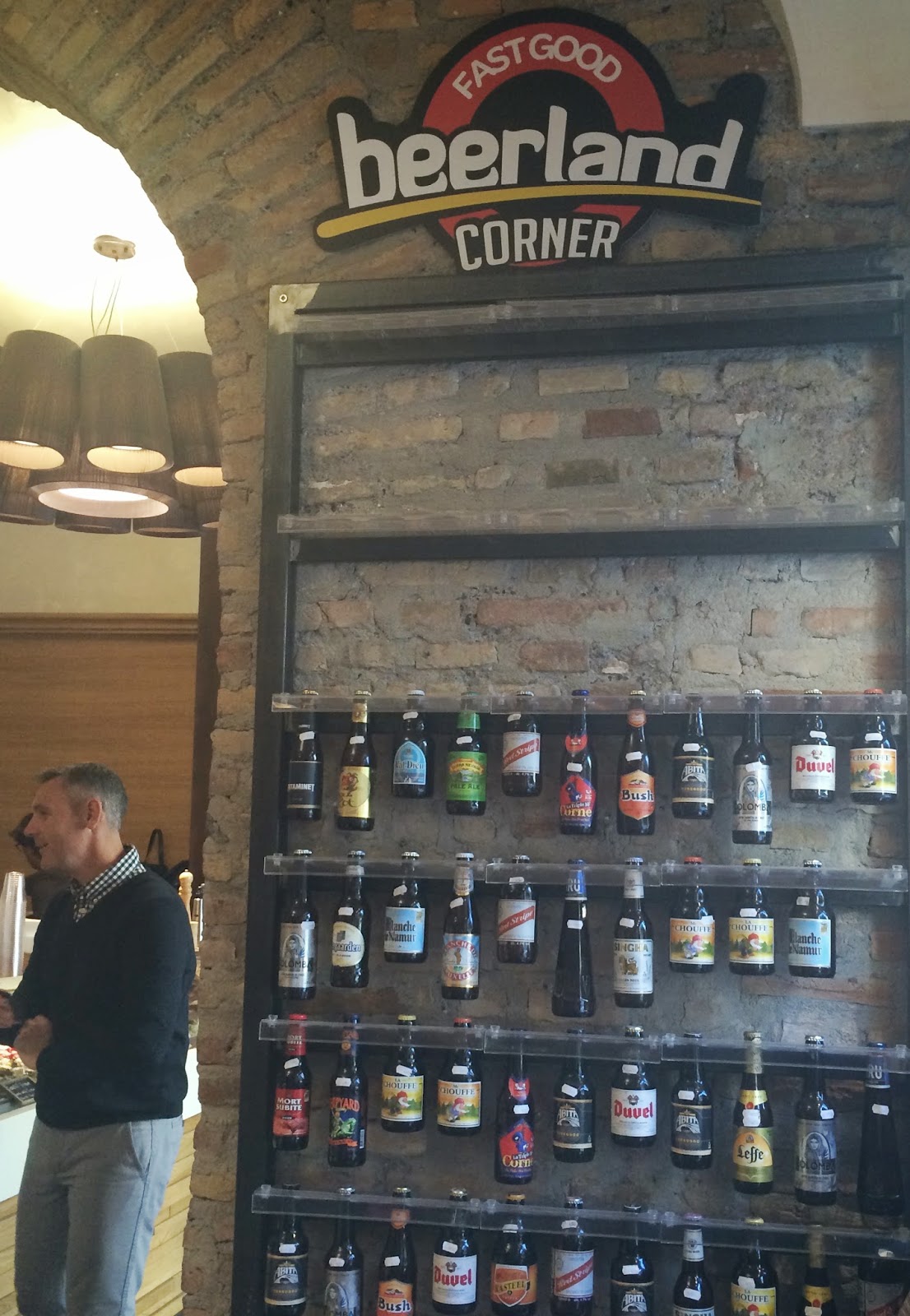 He found himself some new favourite beers, from a local brewery. 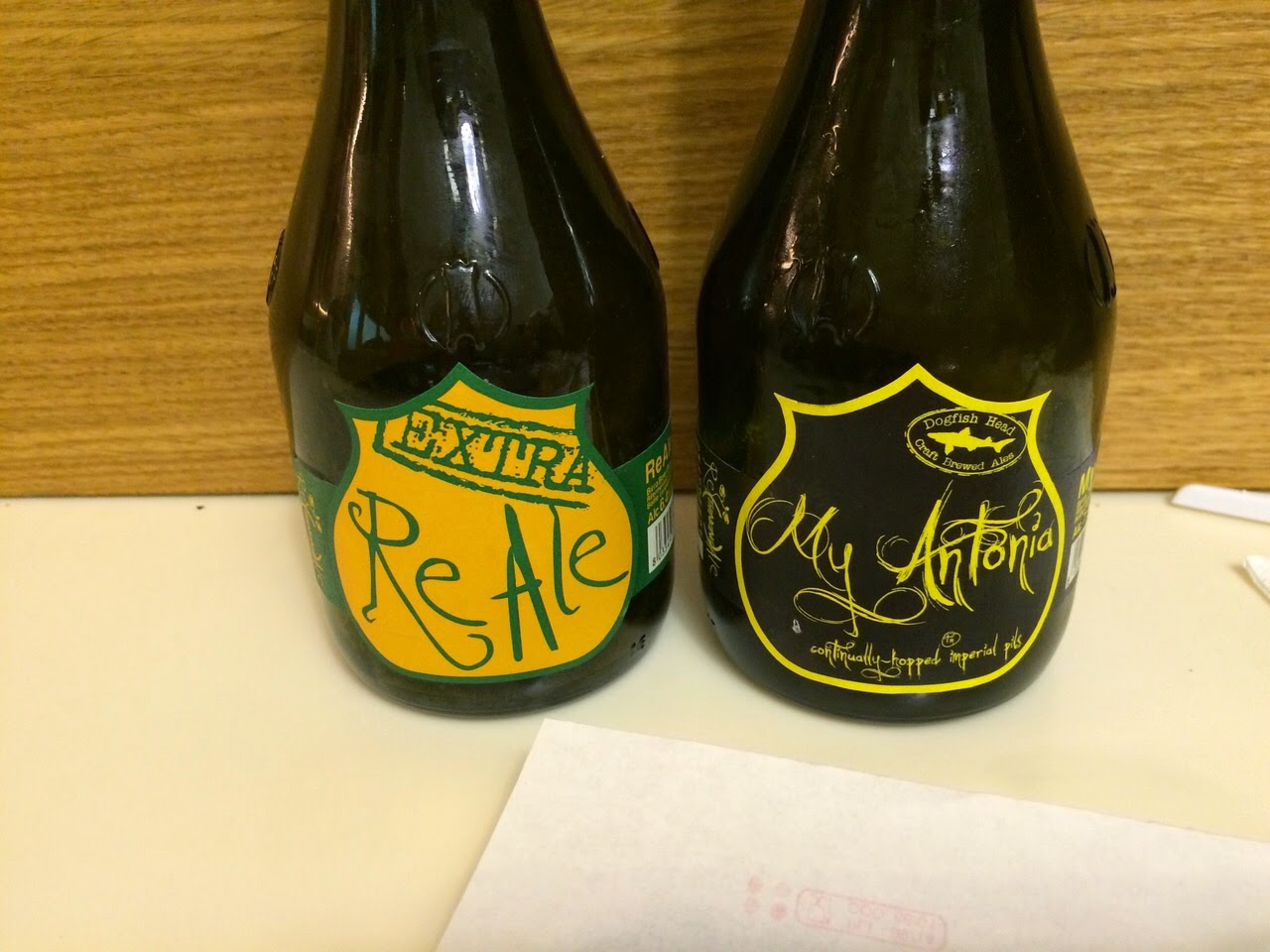