We have had a birthday in the house! Forty-three was the number this year.
Nathan only got home from work about lunch time, so there was no breakfast in bed this birthday. Instead he got to open his presents a bit later: 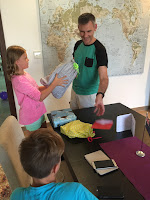 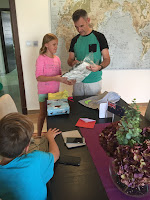 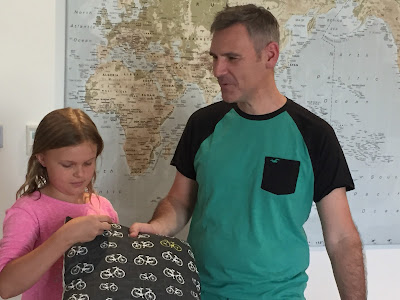 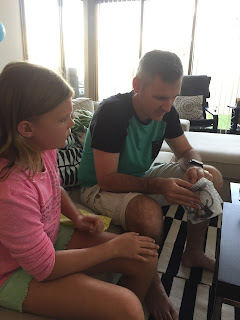 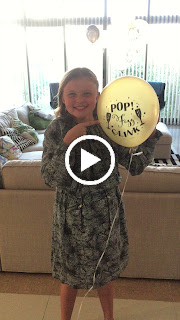 We had about 40 people coming all together and had made it really easy for ourselves, and ordered pizza. But not just any pizza, we ordered four monster sized XL pizzas! Only three would fit on the 260cm long dining table and the last one had to stay in the kitchen. Ha ha, they were so big we had to tilt the boxes to get them in through the door! 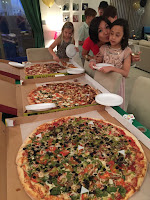 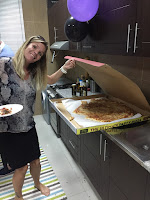 We managed to feed everybody without any problem, and of course also have tons of leftovers..! 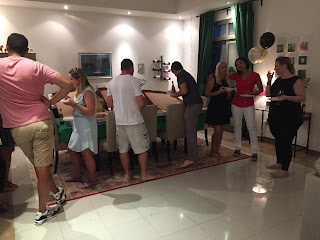 True to our tradition here, we decided on donuts for "cake". Always a hit!
Happy Birthday Sweety! 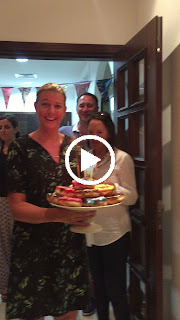 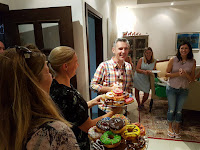 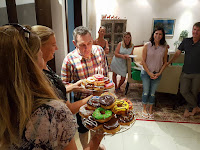 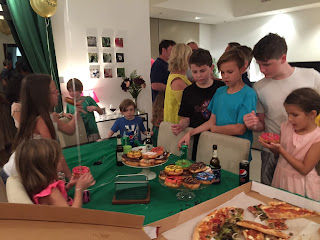 It was a great night! Actually the first time since we moved here we've thrown a bigger party!
Next time we won't do it during a school night though. Even though it was rather nice that the party was over early enough for me to still get enough sleep before the early school run..!
Posted by MrsW at 18:23