On Friday it was time for an early roadtrip up to Dubai and the first friendly rugby matches of the season. Lucas and his Harlequins U13s were playing both the Exiles and the Warriors, the latter which is Malthe's team. Good to see the Dehlis again! 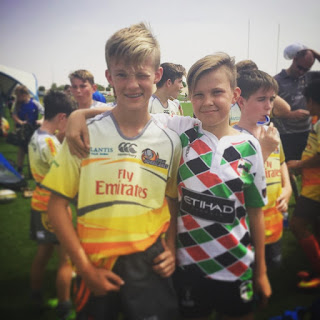 The Quins got defeated in every match though, but Lucas was still happy that he decided to go last minute, and had a good time together with his team mates.
In the meantime Linnea made a new friend in one of the other little sisters, and they hid away in the shade together. It quickly got really, really hot and sticky, lucky they were only playing two matches. 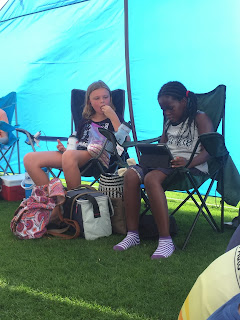 As it had been quite a while since we caught up, we went home with the Dehlis after the game for a quick visit, to see their new house, new puppy and have some pizza for lunch before we returned to Abu Dhabi. Cosy! 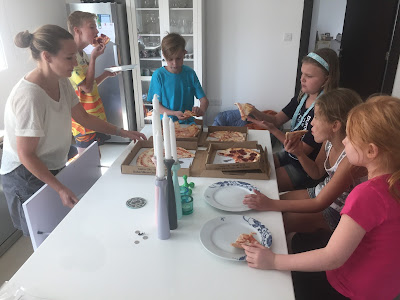