Yesterday I met for lunch with a friend at Jones Grocers, as it had been a while we'd been there and their food is really delicious.
We had no idea, but at the exact same time they hosted a demonstration by a celebrity chef named Peter Gordon. I didn't know of him but I sent a quick photo to my sister-in-law Nikki who's a real foodie, and asked if she knew who it was? Well, yes, turns out he's a KIWI chef! Aha! 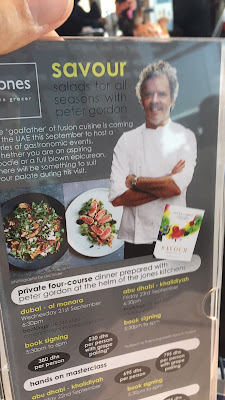 We didn't take part in the demo, but we did enjoy the special lunch menu that Peter Gordon had composed for Jones the Grocer for a limited time. We had creamy chicken, mushroom and parsnip quiche; salad with miso-baked aubergine, dates, feta, crispy buckwheat and tahini youghurt; and a pear and kiwifruit lassi: 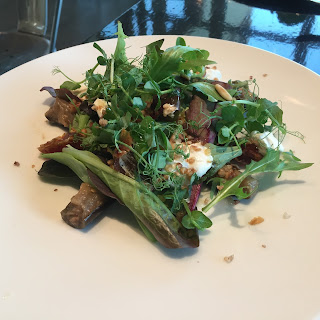 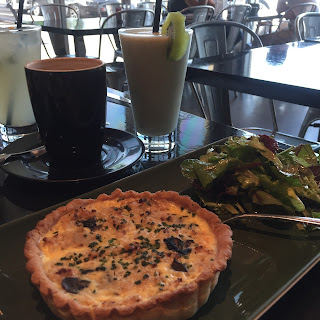 I wasn't too keen on the quiche unfortunately, but the salad and the lassi were really yummy! And just so that I could say I went to lunch with Peter Gordon - I took a little paparazzi shot of the chef himself, behind the display of his latest book. 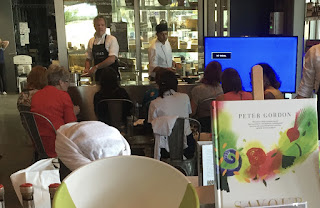