A day in Al Ain, morning

I have only been to Al Ain once while living here in the UAE (shameful I know), and on that visit I managed to visit Jebel Hafeet, the Al Ain Oasis and the Al Ain Zoo. It's already two years ago, but it was a really great day, and I have been wanting to go back for a long time as there is so much else to see and discover too.
Mum and Dad also wanted to see Al Ain, so Thursday we set off on a full day exploring!

We started out driving up Jebel Hafeet, the highest peak in the emirate at 1240 m. My poor mum was hyperventilating all the way up. Even though it's a very good road with two lanes and I drove really slow - she is not very good with heights... 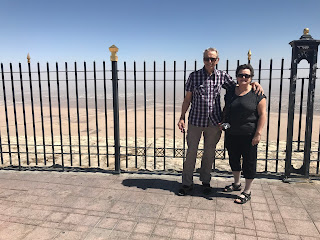 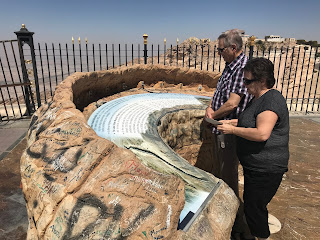 Then we took on the Al Jahili Fort, one of the largest forts in the country and an early symbol of power and control. 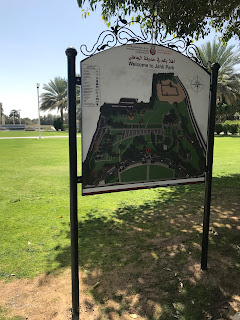 Work on the fort began in 1891 and was completed in 1898. It was subsequently used by Abu Dhabi's leaders as a royal summer residence. During the humid summers, the climate has always been a bit more dry and tolerable inland, here in Al Ain. 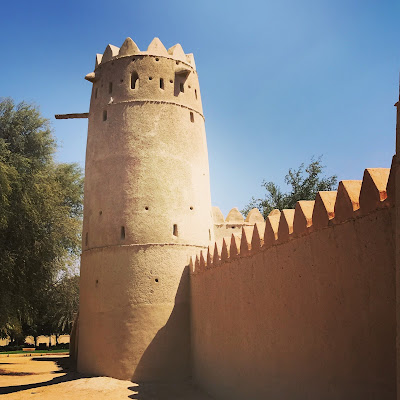 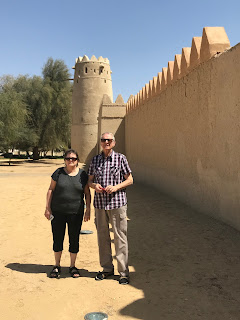 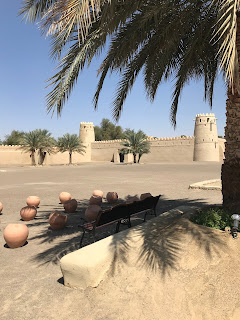 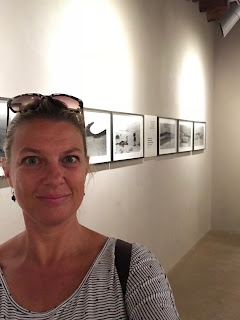 Inside the fort they had two exhibitions going, one temporary one about the Trucial Scouts (open until end April 2018) and another permanent exhibition about the explorer and traveler Wilfred Thesiger (Mubarak bin London), who crossed the Empty Quarter twice in the 1940s. 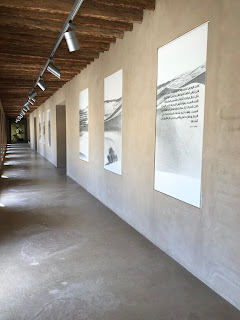 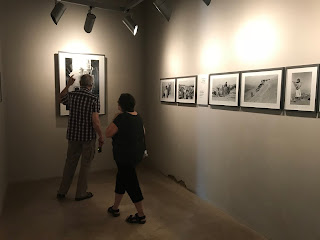 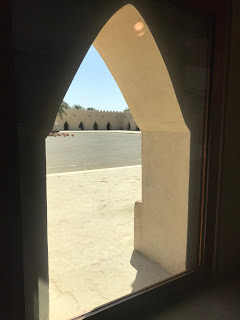 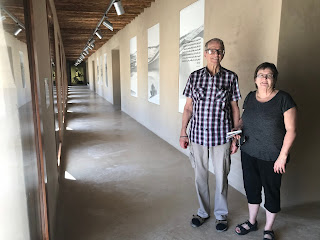 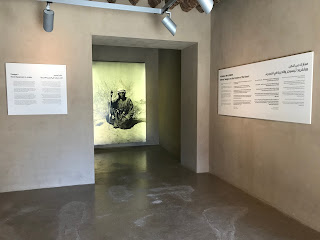 What an impressive life story this amazing man had!
I so enjoyed all the photographs and the stories of this exhibit, he was a very avid photographer and documented his many adventures well. Now I'm looking forward to reading the book he wrote, "Arabian Sands". 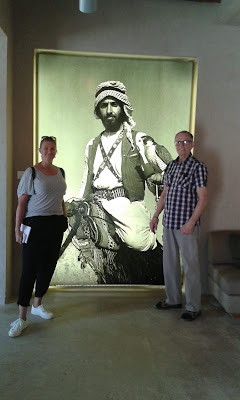