The World Airline Cycling Challenge kicked off yesterday morning at the Yas Marina Circuit. Bruce, Yvonne and Nathan left the house early, early in the morning as the race started even before the sun was up. 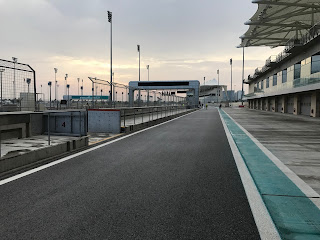 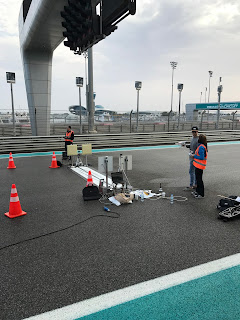 I joined them once I had taken the kids to school a little bit later. By then the race was nearly done, I made it just in time to see the winner, and the rest of the riders come across the finish line. 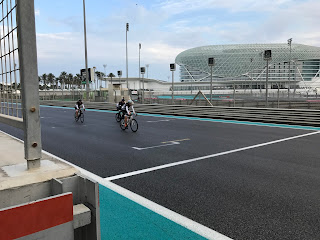 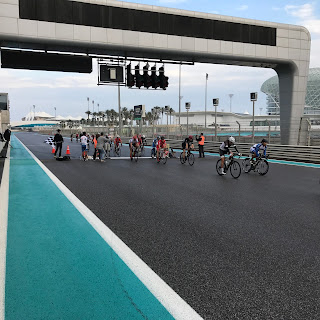 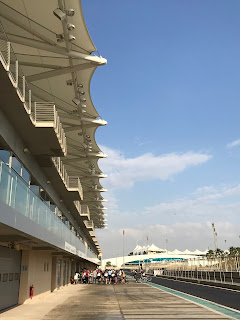 Bruce and Nathan both also looked on from the sideline by this stage. Bruce had dropped out after about half the race because he couldn't control his heart rate, so he thought better safe than sorry.
Nathan on the other hand had come off his bike in a crash caused by another rider. Luckily his (brand new, high tech and super expensive, grrrr) helmet had taken most of the impact - which I guess is good, otherwise it would've been his head... The helmet was both scratched, and cracked!
Apart from that he "only" got scratches and bruises on his shoulders, hand and legs; but at least no broken bones.
The guy from the bike shop just called back to give the verdict on the frame though, and it's cracked... Strangely Nathan doesn't seem too upset about that... he gets to buy a new bike! 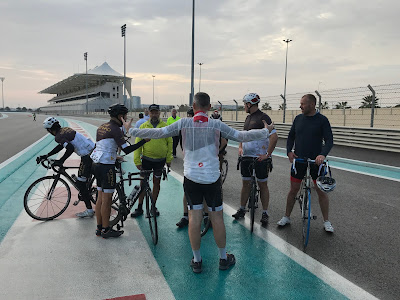 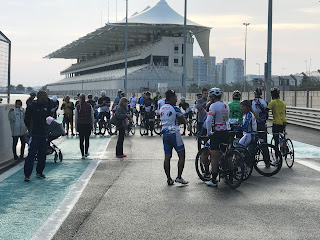 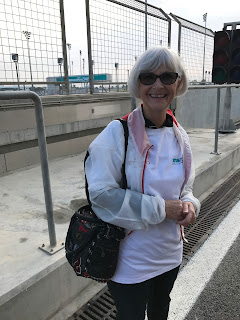 Bruce having a photo with the two guys from one of the previous airlines he worked at, Jet Airways: 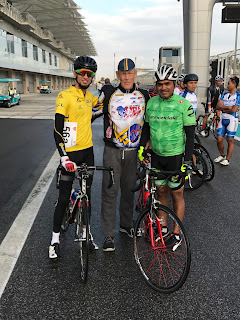 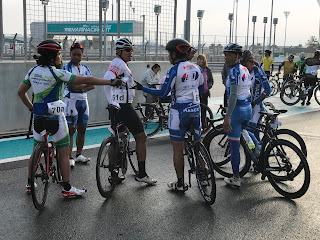 Some of the Etihad Airways crew in their new outfits: 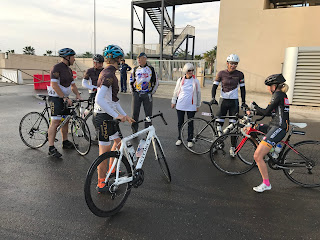 Group shot of all the riders! (Nathan in the front right in brown/white without a helmet, and Bruce at the very far right). Yas Marina Circuit and the Viceroy is such a great backdrop! 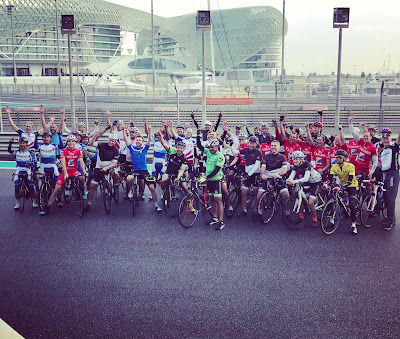 Yvonne and I got to help out to hand out the goodie bags after the race, with t-shirts and medals. Then it was time for morning coffee! 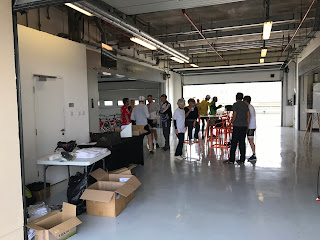 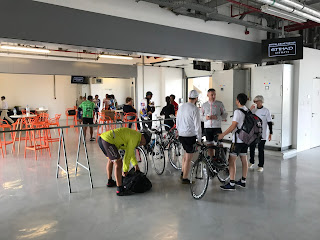 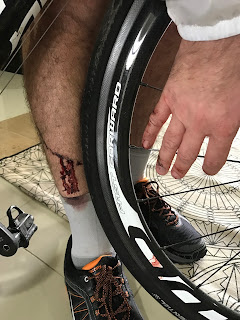