Linnea tried out to join the school swimming squad again this term, and she got a place. This week the Raha squad took part in a Swimming Gala at the Cranleigh school on Saadyiat.
There she is, wrapped in a yellow towel: 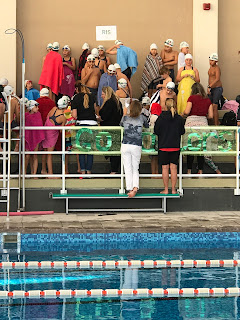 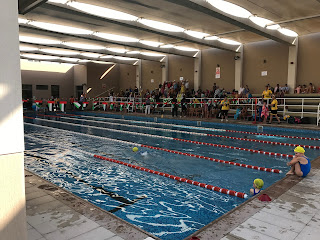 There was a lot of races, so a lot of waiting. Linnea only took part in one race, a 25 m relay. She came in second on her lap and her team won that race. Well done. 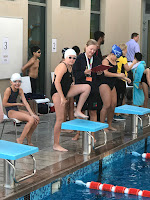 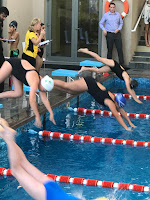 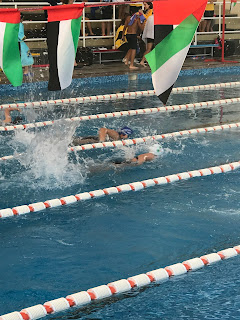 Unfortunately at the end of the gala when all the points were calculated, Raha came last of the four schools participating. Linnea didn't seem too bothered as she had really enjoyed the afternoon together with her friends cheering on each other, and sometimes that is just as important.
Posted by MrsW at 13:11