Finally after having been up the mountain, we decided to make one more stop before returning to Abu Dhabi. In the name of research for the tour guiding, I wanted to go and see the falaj (watering) system in the Al Ain Oasis. This oasis is another one of the UNESCO World Heritage sites here in Al Ain. It only opened for the public in November 2016.

The entrance was free, but before we were allowed to enter we were directed to walk through the Oasis Garden and visit the Eco Center. All to get introduced a bit more to what we were going to experience in the oasis itself, and to understand the importance it has played in the development of the emirate. 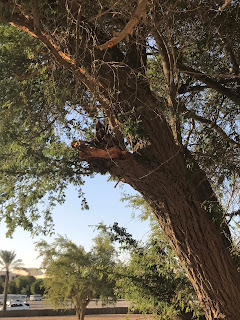 The Oasis Garden showcased the three-tiered agriculture: ground crops, orchards and palm groves. All plants were introduced like this, with pictures and information. 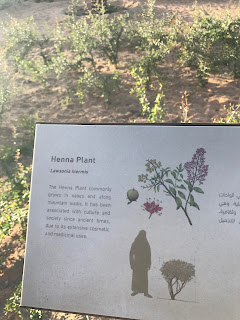 Inside the very cool Eco Center we were introduced to the history of oases, and what they mean for the future. An oasis is an ecosystem, and with the global warming and climatic extremes threatening our planet today, we have much to learn from the oases. 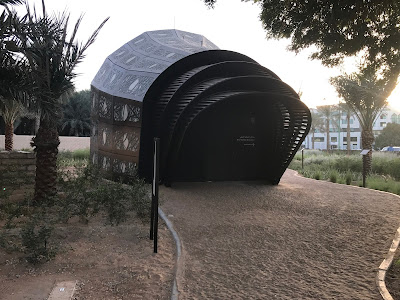 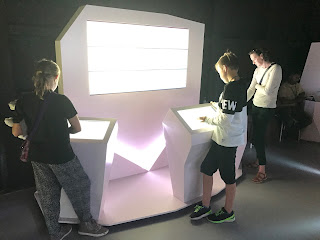 This oasis contains over 147,000 date palms and also fruit trees like mangoes, oranges, bananas, figs etc. The area is divided into several grids, irrigated through the falaj. 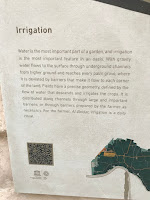 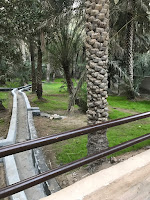 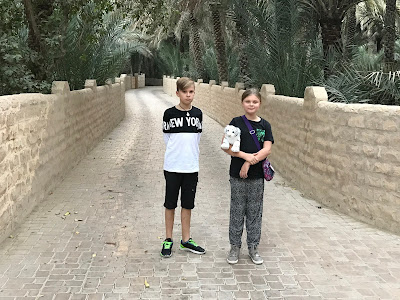 The falaj network, the ingenious irrigation system that carries water to the palm groves, is an important feature of the oasis. It dates back thousands of years, and this oasis has plenty of still working examples of the falaj. 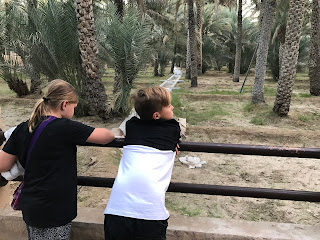 We didn't realize how big the actual oasis was (more than 1,200 hectares), so we only saw a small part of it. You could borrow bikes at the entrance, and next time we come we will do that and go a bit further afield. Instead we had a look at the miniature oasis that was built just outside the entrance. 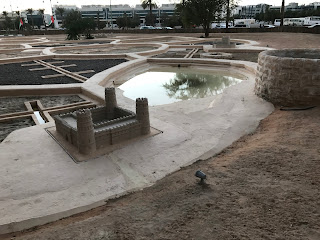 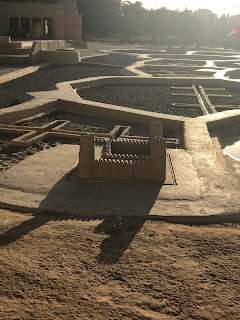