This year Lucas opted out of having a traditional birthday party and instead he chose to go for a slightly more expensive activity, with just his two best friends Eddy and KJ.

We drove up to the Mirdif Center in Dubai to take them to the indoor skydiving there at the iFly. But first, some KFC for lunch. 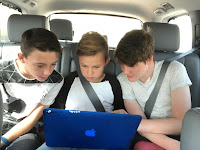 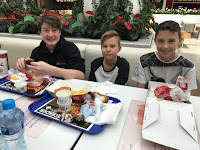 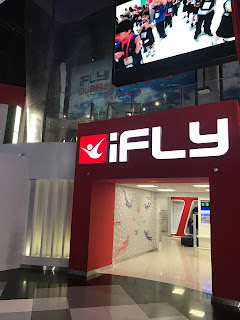 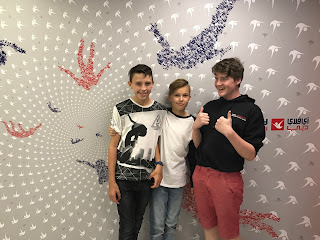 First they had a short briefing in the Training Room about what flying technique to adopt, and then they had to come out to get ready for their flight. 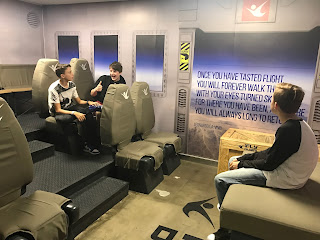 The boys got to gear up into colourful suits and they had to wear both ear plugs, safety goggles and big helmets. Lucas got blue & red, KJ yellow and Eddy green & yellow. 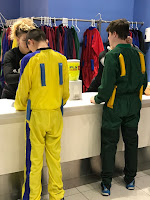 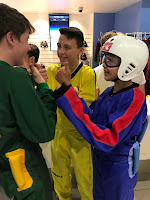 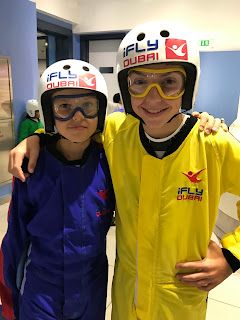 Their instructor started out by giving a small demonstration on how not to fly, to avoid sinking down to the floor, rising up too high or smashing into the walls. 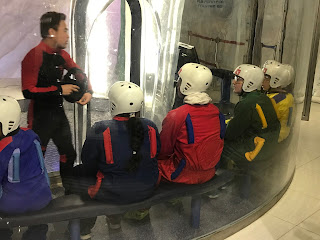 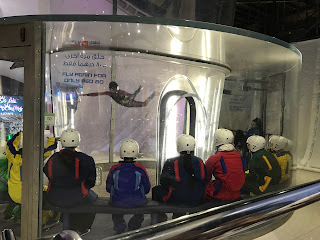 Then it was their turn to enter the vertical wind tunnel one by one, and try to find their balance. Apparently it wasn't as easy as the instructor made it look! Especially not when you are a lanky teenager with arms and legs everywhere just flapping around... ha ha! 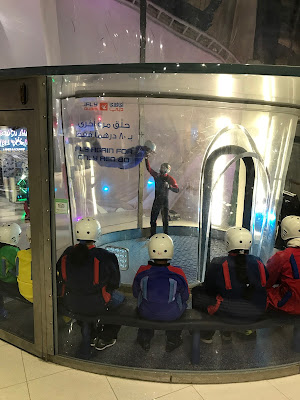 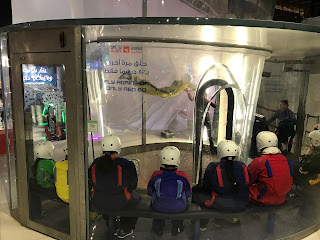 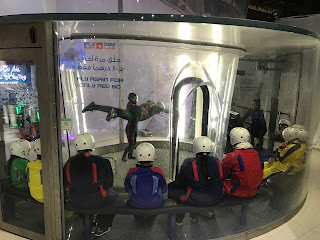 For their second flight, the instructor took them up and down the tunnel a few times, and that looked like so much fun! Just like free falling! Here's a short clip of Lucas:


After the skydiving we went back home to Abu Dhabi. The boys were going to stay for a sleepover to test drive the new Xbox games. They had pizza and popcorn, and cake of course! 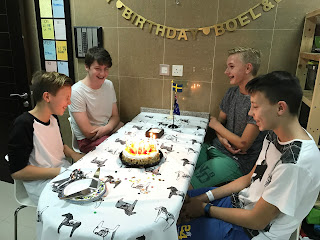 All in all a pretty good birthday for our teenager!
Posted by MrsW at 16:28